Need help gearing up for multi-day paddle..1st time out. 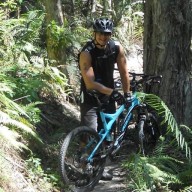 I am planning on taking on a multi-day (3-4) paddle on Lake Powell sometime in 2016. I have settled on the month of May. I have a large 3 person sit-on-top with a lot of storage and a smaller sit-in with minimal storage. I already have multiple dry storage bags, sleeping bags and a lightweight tent. I am planning on getting a Jetboil stove setup and some lightweight cookware/dishes. I know I need some kind of portable toilet, but since I have never dealt with this kind of overnighting (where you can't just bury your waste), I wonder if anyone can share what the best way to do this is.
Plan on leaving out of Antelope Point marina, camping out the first night in Padre Bay, second night near Wetherill Canyon, then heading back to Antelope while exploring and "winging" it as far as campsites are concerned.
This is all tentative at this point, so I am also wanting to hear input from anyone who may have any other itinerary ideas or equipment ideas. Would like to have some small camp chairs-anyone have any good kayak-friendly ones?

I yak-packed Powell in fall 2013. It motivated me to buy a motorboat (something I never thought I would do in my life). Here's a link to that TR:

But with that said it was still awesome. It was just a lot tougher and more dangerous than I expected it to be. My impression is that you are biting way more off than you should trying to yak it from Antelope all the way to Wetherill and back. The real benefit of a yak on Lake Powell is getting into the nooks and crannies that the motorboats don't. Nowadays I motorboat in and bring inflatable yaks to get into the narrow stuff.

The main channel sucks for kayaks. Like super sucks. @Aldaron tells me that this isn't the case over Thanksgiving, but that's also a pretty chilly time to be paddling, IMO. May can be really hit and miss weather wise. Depending on the time of month and the weather that year, you'll probably be looking at water temps in the 60's. Still pretty cold for lots of swimming unless the sun is beating down and the wind is calm. And then the wind. Now that's the real problem in the spring. It is notoriously windy out there that time of year. In a kayak, that can be a serious problem. Big open bays make big ass white caps. And to complicate thing, there are so may areas without a useable shoreline. It's not quite as bad on the south end, but you'll go for miles without any place to get out of the water if you needed to. It's kind of like being in open ocean because if you tip over, you're hosed. That vertical sandstone wall next to you isn't going to be much help in the 400-foot deep water. You also have tour boats down that way which put off enough wake to scare the crap out of a motor boater. But May is a little lighter in traffic, so that's on your side. Definitely picking up though.

If I were you, I'd set my sights closer to Labyrinth and Face Canyons (or even West). You have way more than enough to keep you entertained and challenged exploring up that far. Trying to smash it out all the way to Wetherill and back in that time could be really tough and would require excellent conditions. All are great slots that you can hike into and lots of rolling slick rock to explore. I frequently see shuttle companies picking up/dropping off kayakers near the mouth of Labyrinth for multi-day trips.

Keep in mind that the still water, wind and boat wakes make your mileage a lot tougher. It looks like over 12 miles just to the mouth of Labyrinth. I bet that would take you most of a day. You'd be well over 30 miles of paddling to get to the mouth of Wetherill, one-way!

As for a shitter, wag bags with something air tight to put them in is what you'll need to be legal. A piece of 6"(?) ABS pipe with sealed twist off ends is a good DIY solution for a groover. Just make it bigger than you think you'll need. Those bags don't pack down all that well and the smell is still horrendous. I read in another TR that Canyonlands was possibly allowing them to be in a regular dry bag. Your dry bag will be tainted for life though.

As for the yak, I'd be afraid to do it in a sit-on-top, but maybe yours is more stable than mine was.

My buddy has a little 3 legged stool chair that he takes in his kayak. I'm not sure what brand it is. I think chairs without backs are pointless. Kayaks make decent chairs too.

Hope that all makes sense. I've been up for like 36 hours straight.
\
Follow me on IG: canyon_country_groovers
/

Dude, awesome! Thanks for your input, because that's the kind of info I really need. Since I'm so far off in my time frame, I really wanted to hear from someone who has experience on the lake. I've only been out there on a jet ski and houseboat. I'm with you on the chair; no back, not a chair. Lol. Not bad for being up for 36 hours! Thank you for taking the time to reply.


Sent from my iPhone5 using Tapatalk

I'm camping tonight (yes, with cell service...). I'll add some more info tomorrow. I agree with what Nick says (except Thanksgiving is great!). Are you planning on using a sit on top? That would scare the crap out of me out there. We were nearly swamped a couple of times in 16 foot sea kayaks, so I would have been terrified in a sit on top.

Aldaron said:
I'm camping tonight (yes, with cell service...). I'll add some more info tomorrow. I agree with what Nick says (except Thanksgiving is great!). Are you planning on using a sit on top? That would scare the crap out of me out there. We were nearly swamped a couple of times in 16 foot sea kayaks, so I would have been terrified in a sit on top.
Click to expand...

Yes, but it's a monstrous one for three people. It's definitely stable, and I have used it out in the Gulf near a lot of boat traffic before, and it handles like a champ.


Sent from my iPhone5 using Tapatalk

Keith - do you guys spend much time in the water over turkey day? I'm sure it'd be great time for a number of other reasons, but that water has got to be back down into the 50's or low 60's by then, right? Soaking in it is half the fun! 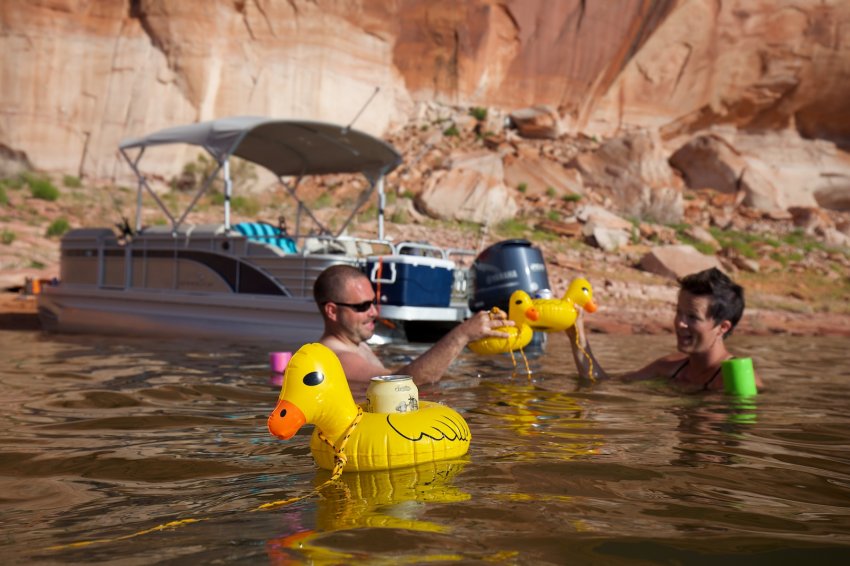 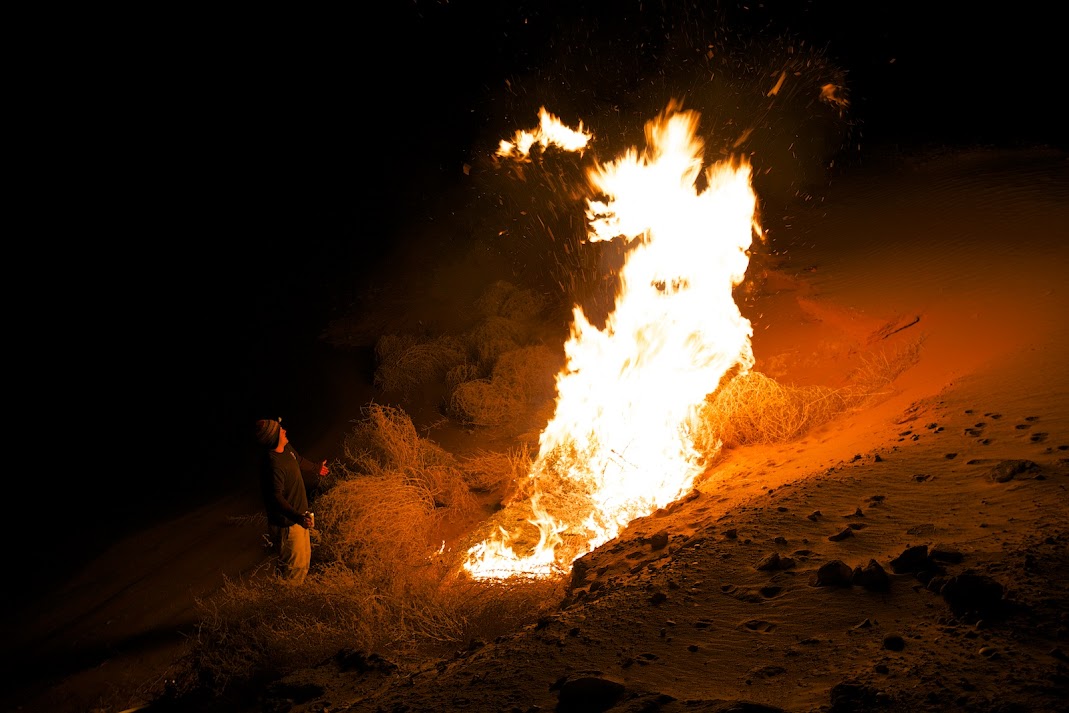 You know me: solitude and beauty. That's about all I need!

Oh I'm just razzing ya. I think I understand the appeal of that stuff too.
\
Follow me on IG: canyon_country_groovers
/

I'm actually gearing up so I can get away with doing Turkey Day and Christmas out there more comfortably, especially for Audra. I like the idea of being able to camp out there more in the winter but having a little heatable space is a must to get her on board. I'm getting a custom canvas enclosure made for my boat. Kind of like a pop-up camper, I guess. So next time you're out there for Turkey Day, let's meet up for some pie! 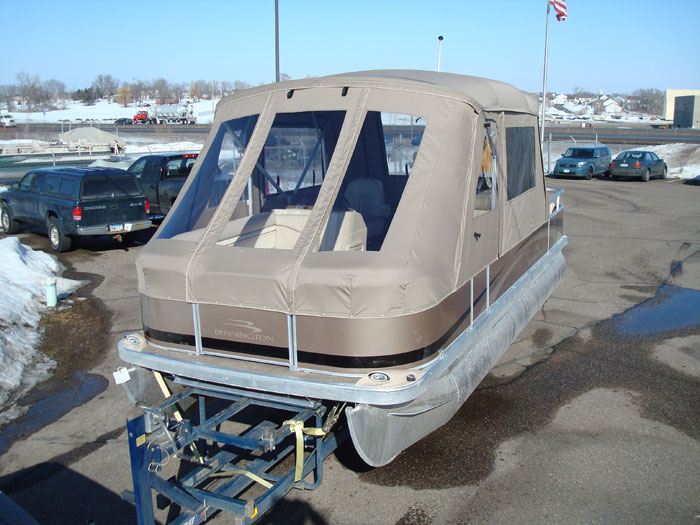 We're not terribly strong kayakers, but Labyrinth Canyon was totally all we could muster on our trip from Antelope. I can't imagine getting to Wetherill and back (and enjoying it) in less than 5 days. Also, like Nick said, we got caught in some huge (5+ foot) waves in the narrow canyon around Antelope when tour boats came through. The waves were bouncing off the canyon walls making the water very rough in our 16 foot sea kayaks. And if you get bad weather, the waves can be very bad.

This is a great trip. Have fun!