Neanderthal Man - or so!

An easy trip to a curious place.

Travel on UT 128 and drive over the Colorado River using the new Dewey Bridge. From Dewey - formerly called Kingsferry - not that much remained. There is an old Texaco Gas Station - no gas anymore. In 2009 the wooden building had a mural on its front wall depicting the Colorado River and Old Dewey Bridge - the landmark destroyed by fire! 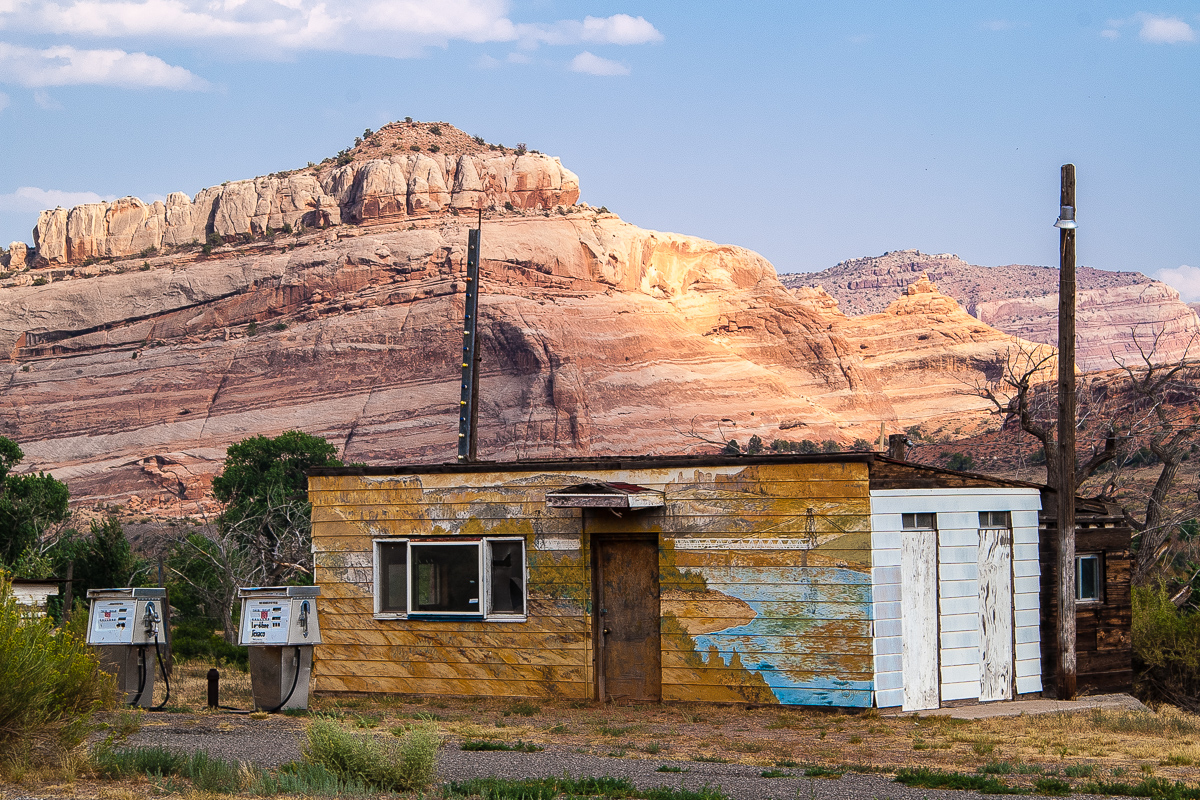 Old Dewey Gas Station and Roberts Mesa in the background

In 2013 we found the building "refurbished" with some white paint - no more mural!

But the real place we were interested in is1 mile away from the northern end of the new bridge. There - at 12S 0648745, 4297775 is a shallow alcove the cliff on the northern side of the highway. We parked the car there and walked for a short distance. 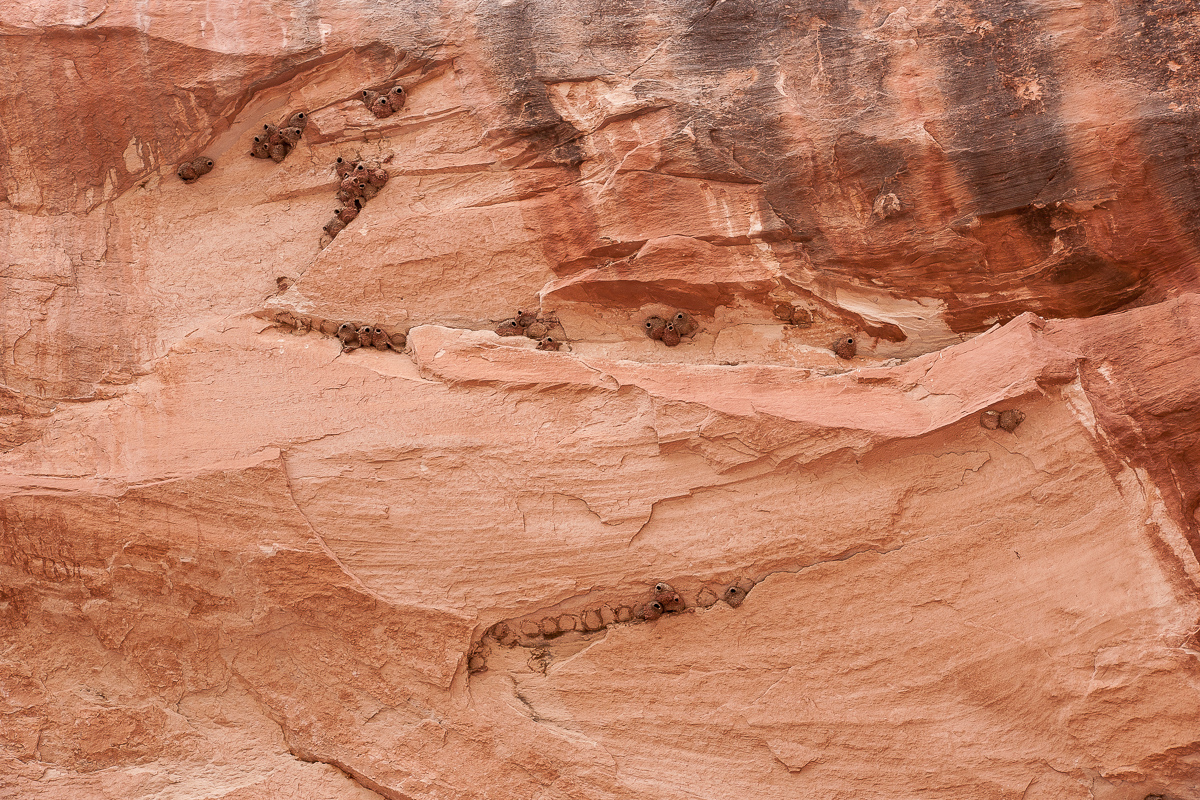 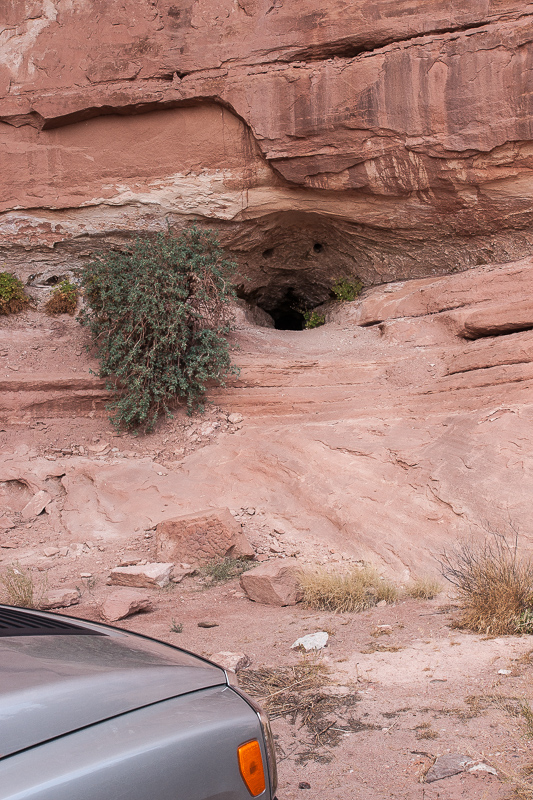 To our left the was something like an ascending driveway up a hill. 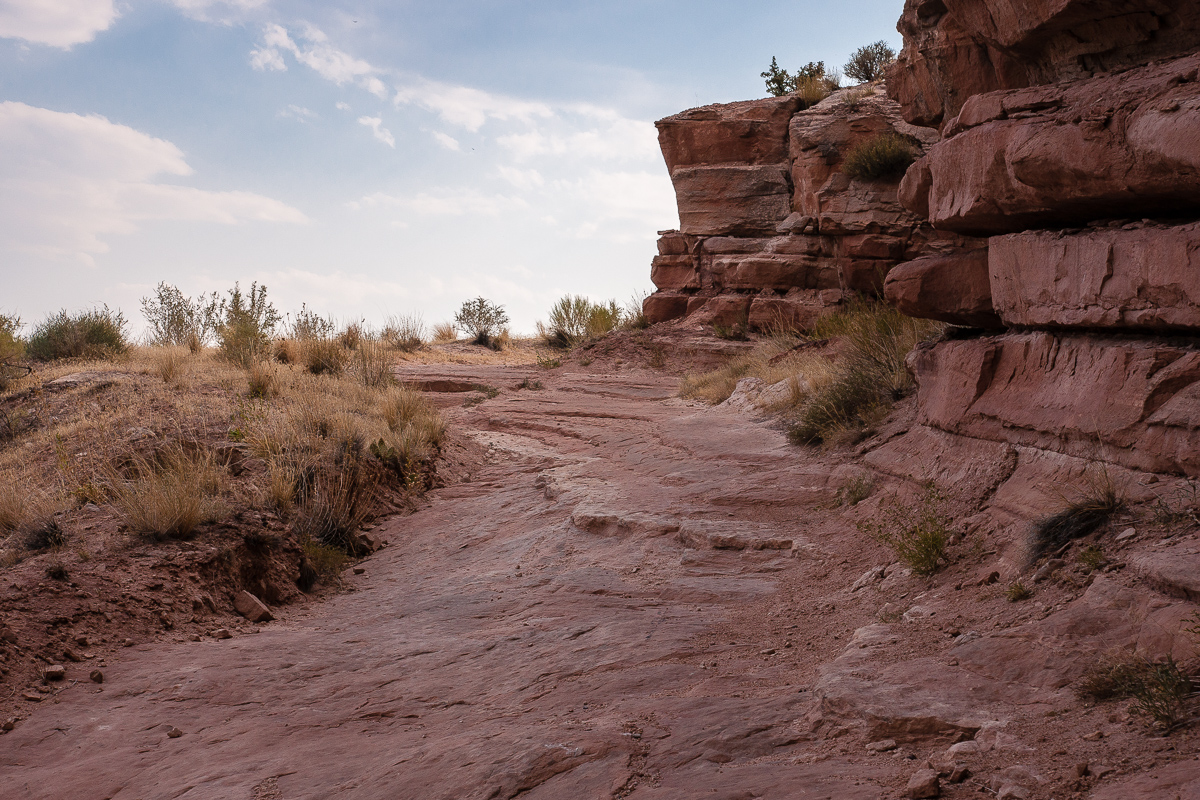 We entered a terrace with a view over the Canyon bottom with - again - Roberts Mesa in the background. 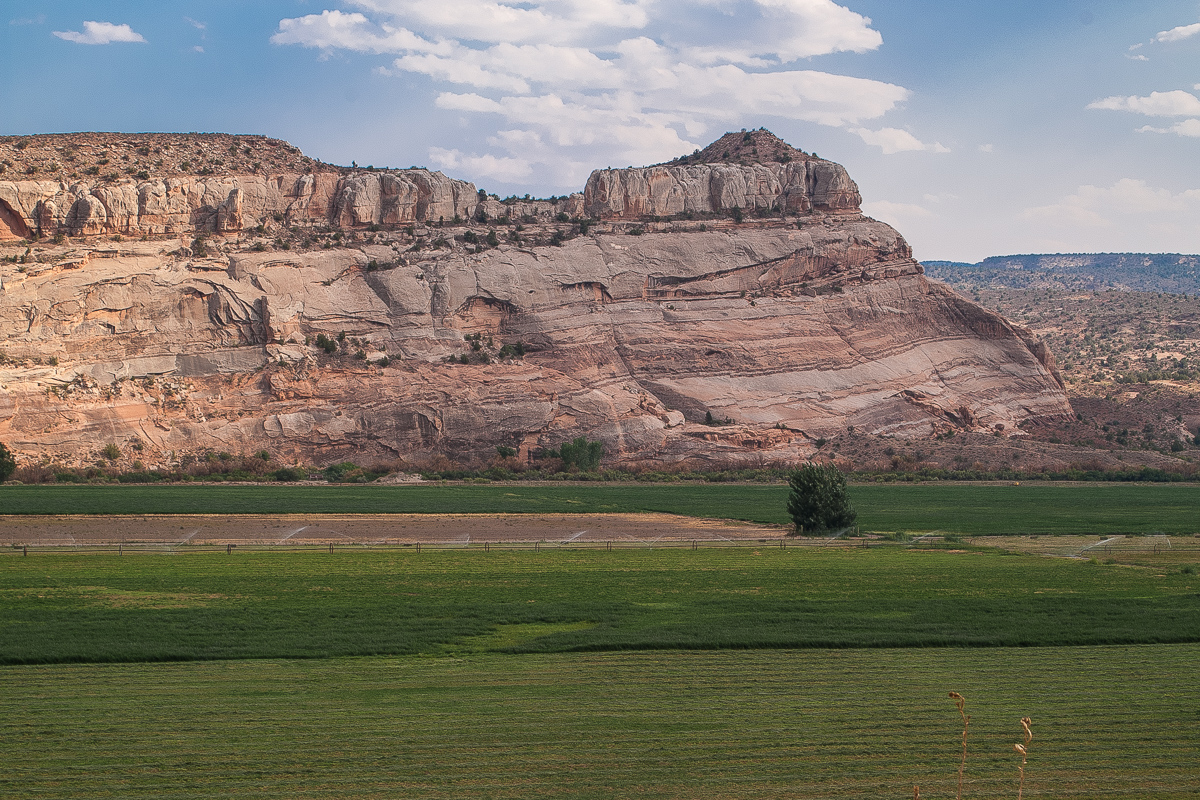 The interesting "thing" is behind us - a Cave Home. Not from the ancients but from modern man. 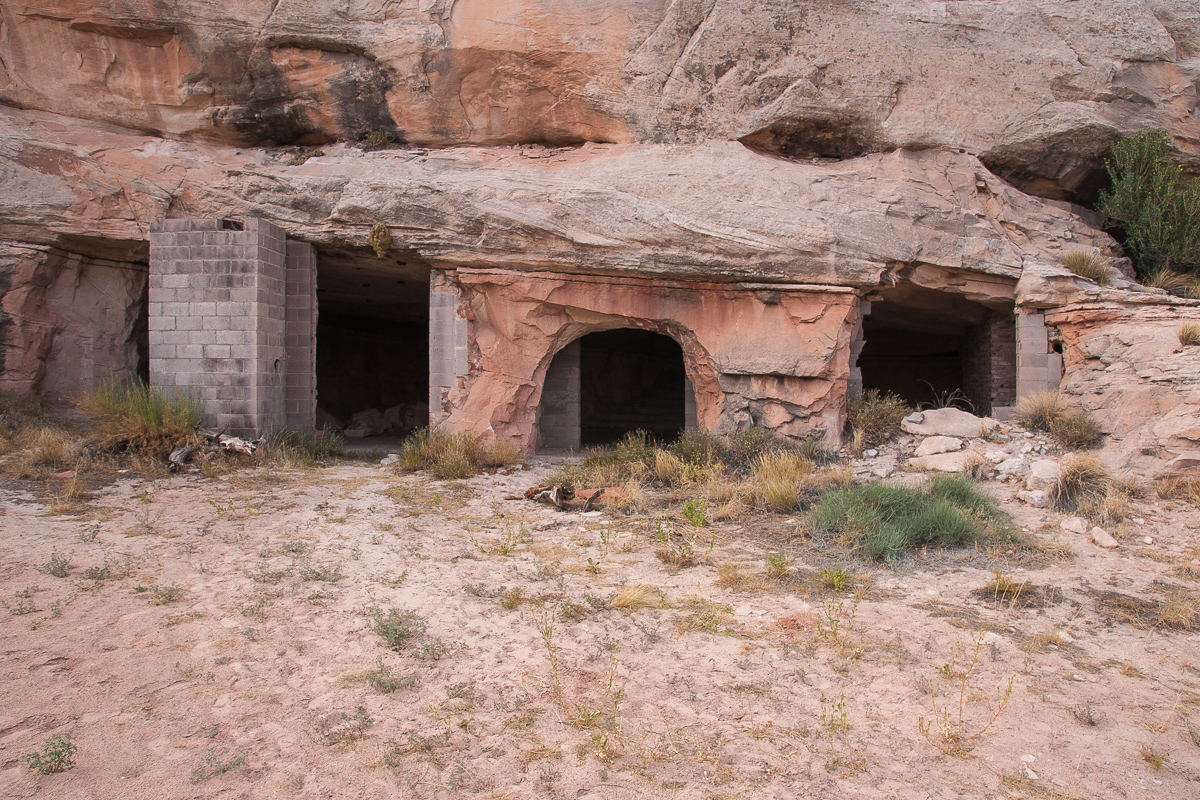 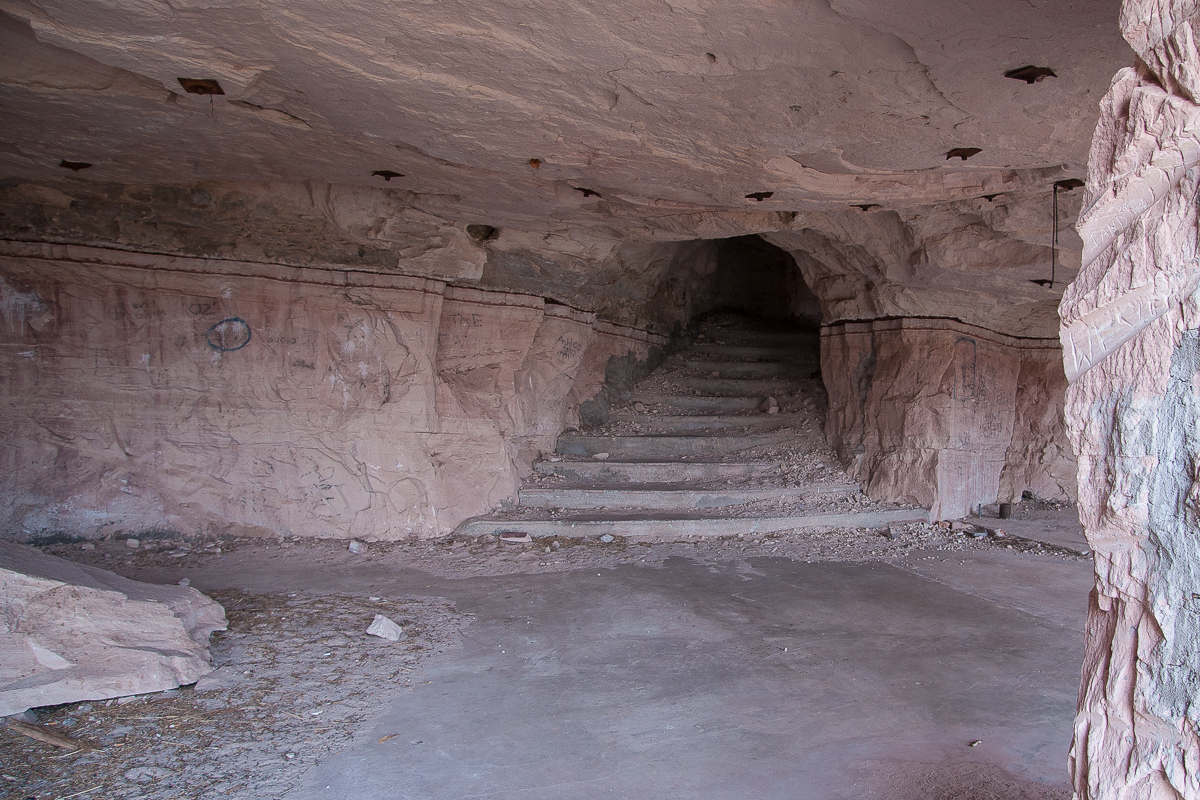 Inside the Living Room 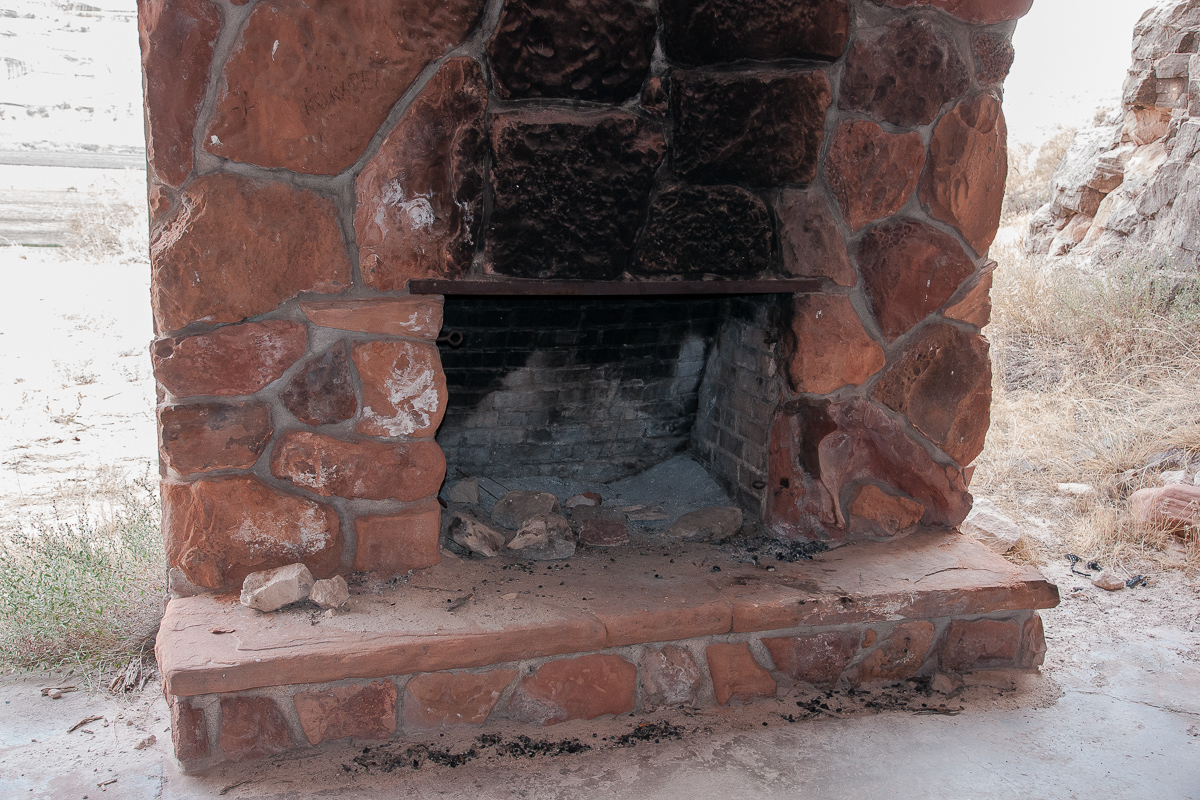 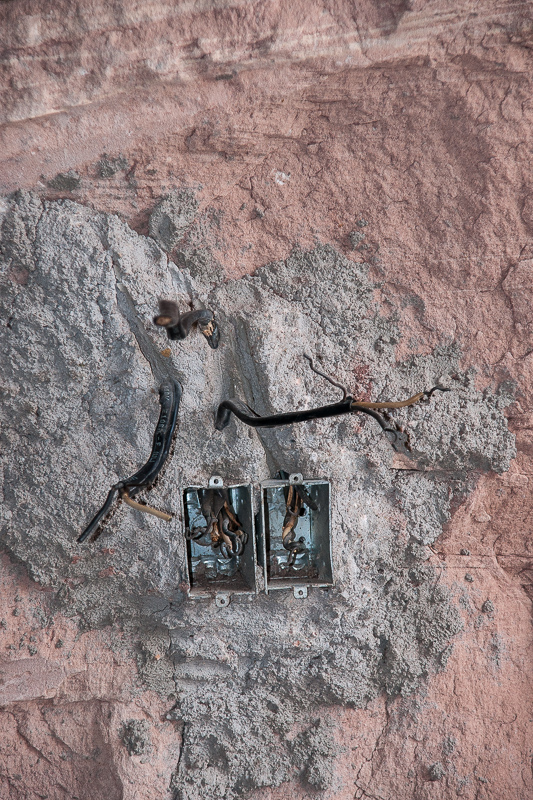 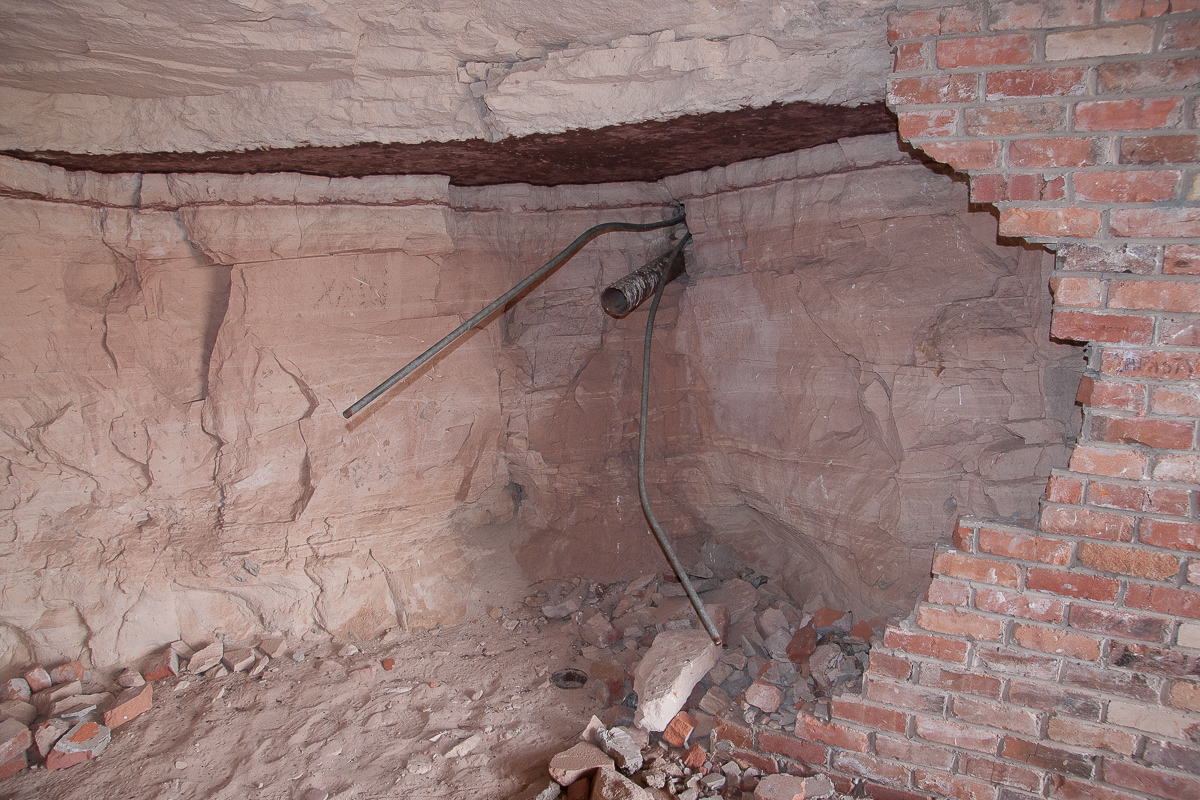 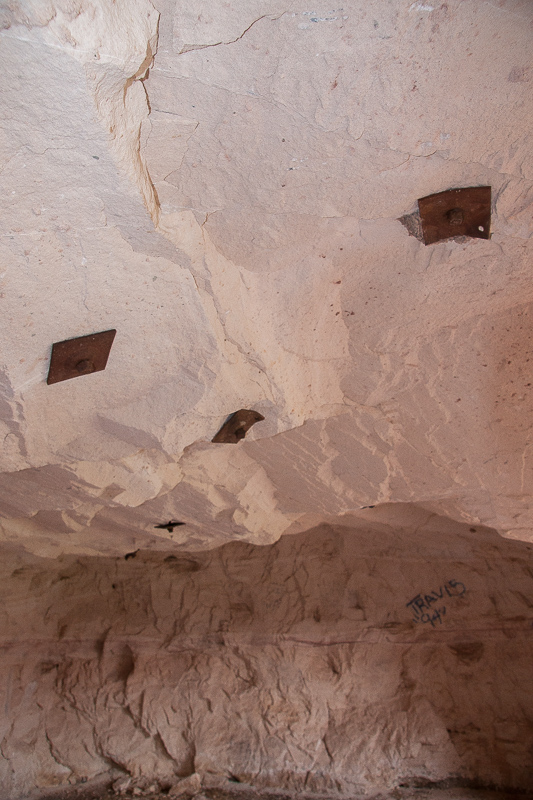 Securing the ceiling by rods 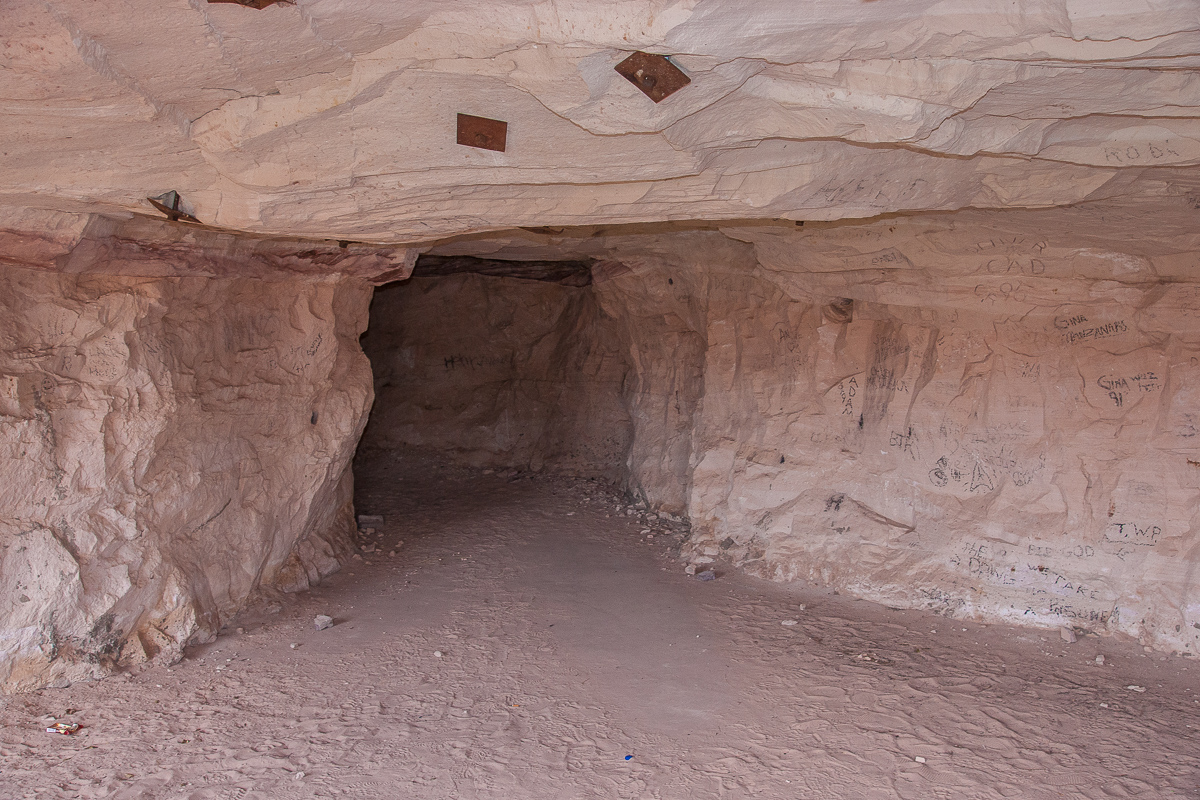 On the upper floor 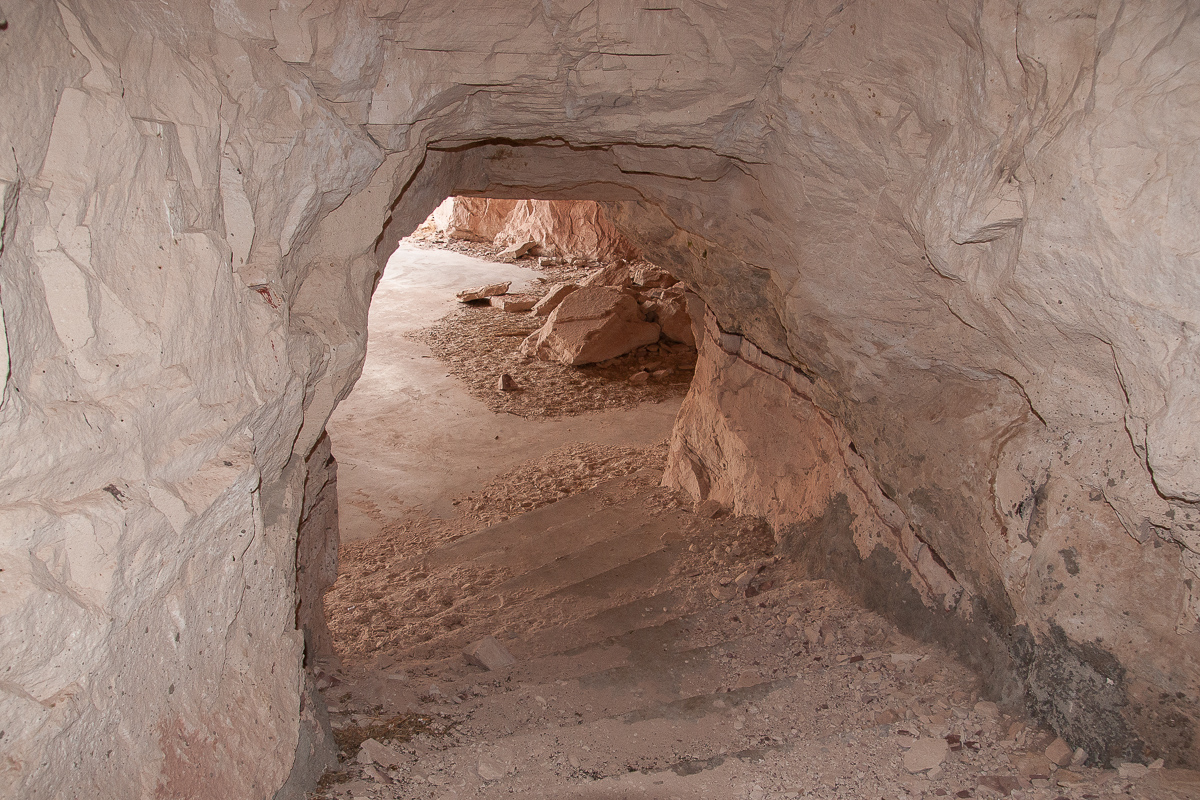 Looking down the stairway

Seeing that large slab fallen from the ceiling gives an idea, why the home was abandoned. Even entering now is always at your own risk. 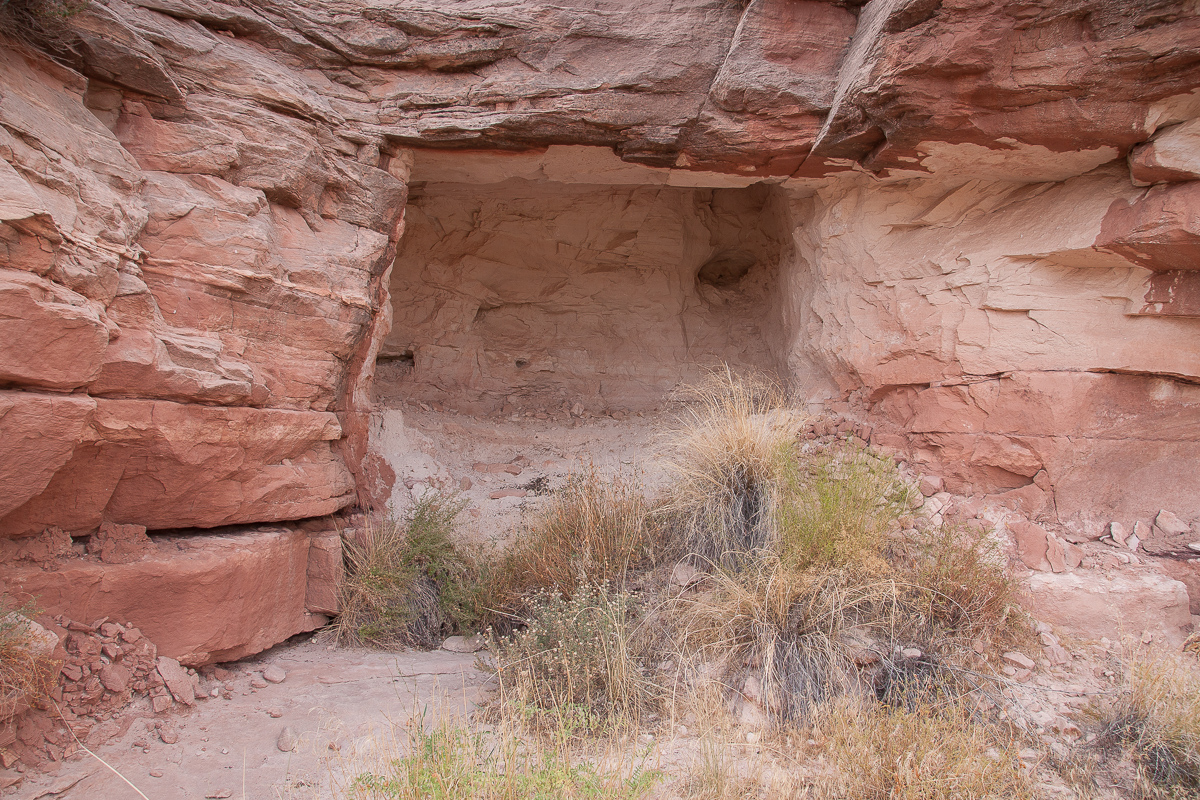 A new excavation was started nearby.

Was this intended as an extension or was this an attempt of an new start for a second home after the slab crashed down? 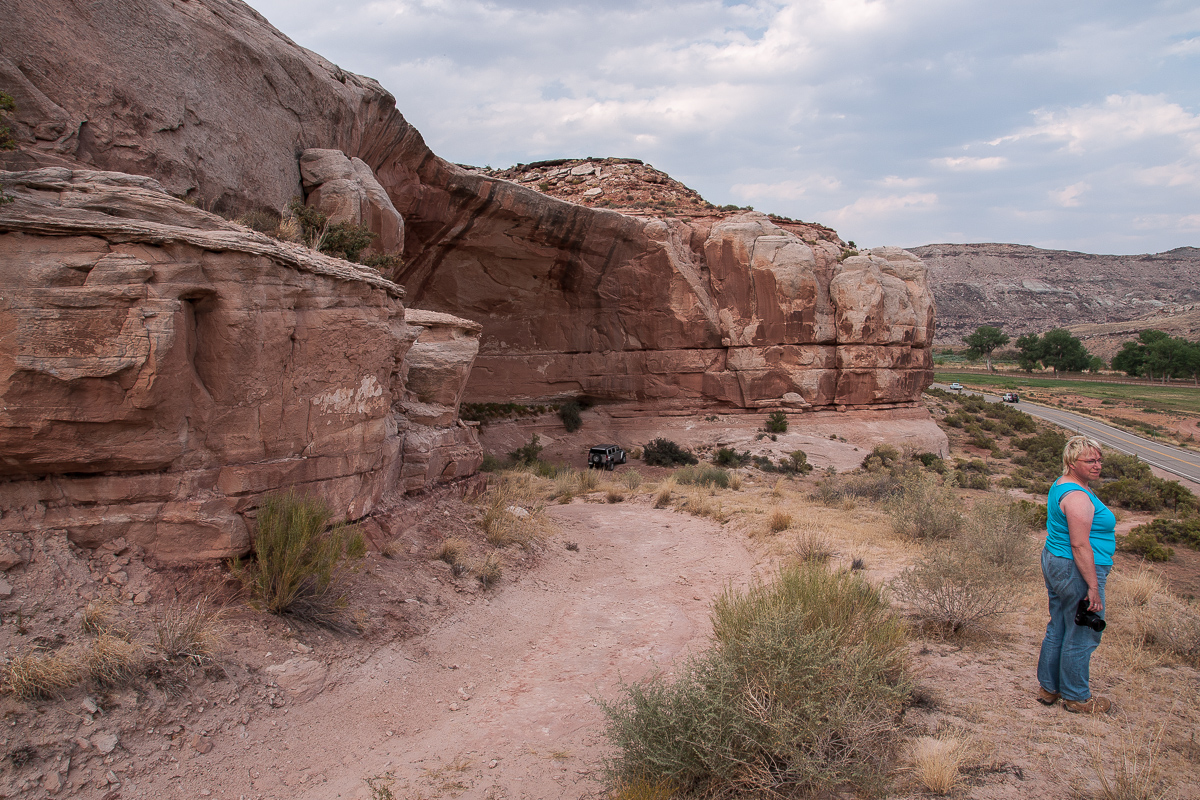 Looking down the driveway into the shallow alcove - US 128 nearby. 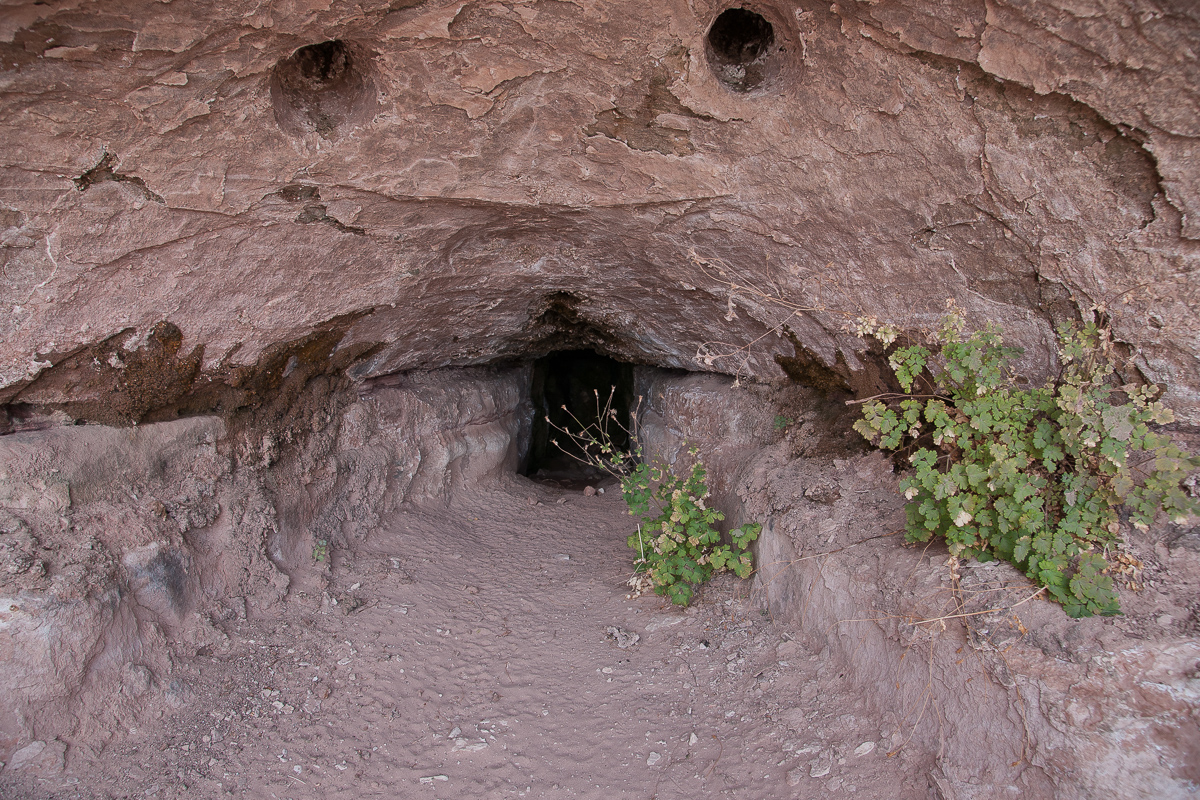 Very interesting. Kind of like the gas station in Hanksville built into the wall.

I've stopped there a few times over the years...better than paying for the tour of the Hole in the Rock south of Moab...what a tourist trap and waste of money that is!
Randy Langstraat | ADVENTR.co

I have so many questions not sure where to begin... was this private land at the time it was inhabited? I know the population is sparse out there but I assume the authorities would eventually notice that you were shacked up in a cave. Was this cave home a legal venture or no and if so, can it even be done safely?

I've never been in Hole in the Rock - that doesn't interest me - but oncy I bought something in the Hollow Mountain shop, Hanksville. Seems to me in both places rock types are more solid.
Last edited: Sep 10, 2014
Desert Drunk and Red Rock Crazy Southwestern Tales
You must log in or register to reply here.