Has anyone been up Timp recently? Are the trails clear yet?

Sent from my SM-A102U using Tapatalk

Ryan Lambert said:
Has anyone been up Timp recently? Are the trails clear yet?

Sent from my SM-A102U using Tapatalk
Click to expand...

People have been up Timp recently...using the western Everest Ridge route, with ice axes and crampons. But as for trails being clear...well, most of the lower 2/3rd of either Timpooneke or Aspen Grove should about clear now, so it just depends on how high up you're wanting to push it. As for everything up high, even after a less than stellar winter such as this past winter...trails up through the upper basin, around Emerald Lake, and onto the Saddle and the Summit won't be mostly free and clear of snow, ice, and mud until late June at the soonest. So I'd wait at least another month if that's what you're asking about. Had it been a bigger and above average winter, you'd probably be looking at sometime around mid July before you could expect the trails to become melted out and dry enough up there.

General rule of thumb is, if you can still see a fair bit of snow sitting up in all the couloirs on the western face overlooking northern Utah County, then it's definitely not all clear on the other side. Snow on the east side lingers around a good bit longer than the snow that sticks to the western side. When you can see very little to none from Utah Valley, then chances are good you'll be able to summit from either of the main trails without much complication.
Last edited: May 29, 2021

Also...for further reference...here's Timp as it looked on satellite just 2 days ago... 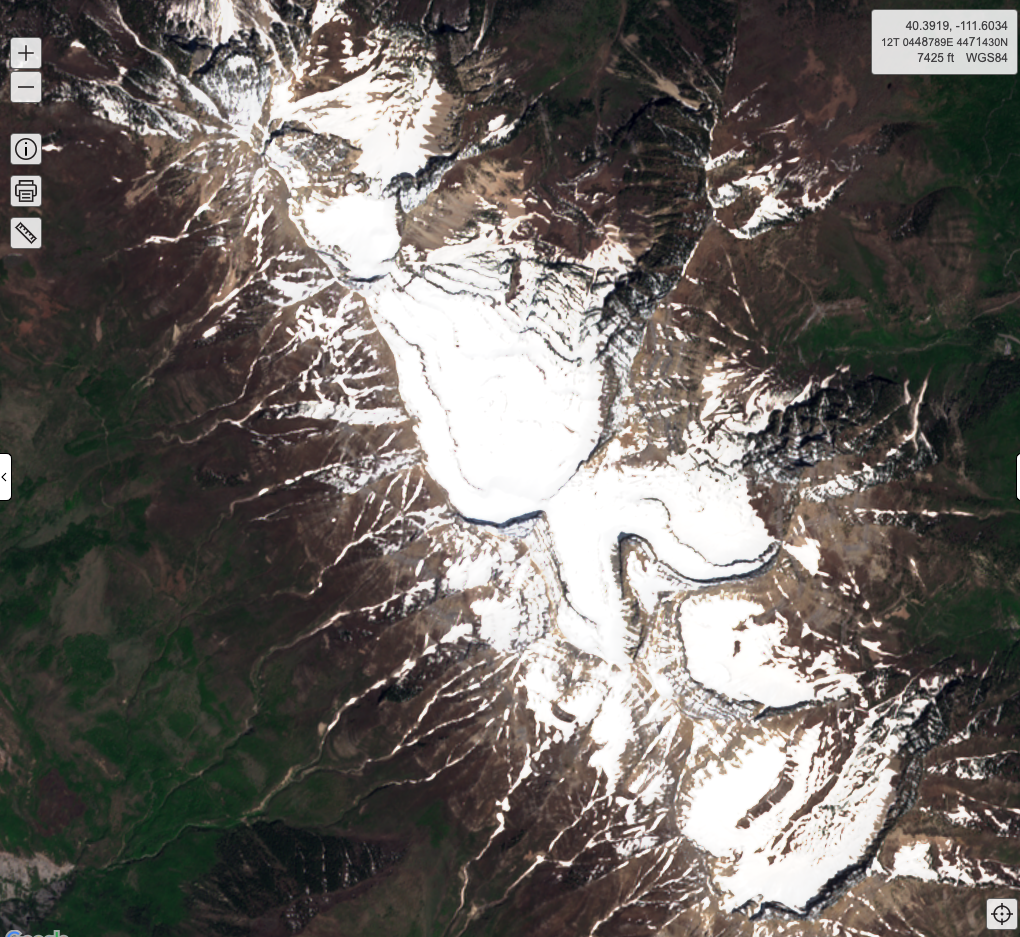 Ryan if you are on facebook I strongly recommend subscribing to the "Timpanogos Emergency Response Team" feed
You must log in or register to reply here.
Similar threads