Stopping at Market Lake on the way to Yellowstone or the Tetons is a good warm up for my photo skills. Trying out new gear or settings is not something I want to do when a grizzly or wolf is making a rare appearance . I try to iron out all my mistakes at somewhere like Market Lake before hand. There were lots of good bird encounters here in May 2021, as usual.
The Yellow Headed Blackbirds are common at Market Lake and I always enjoy seeing them since they are not resident where I live. Their contrasting colors make for a great subject. 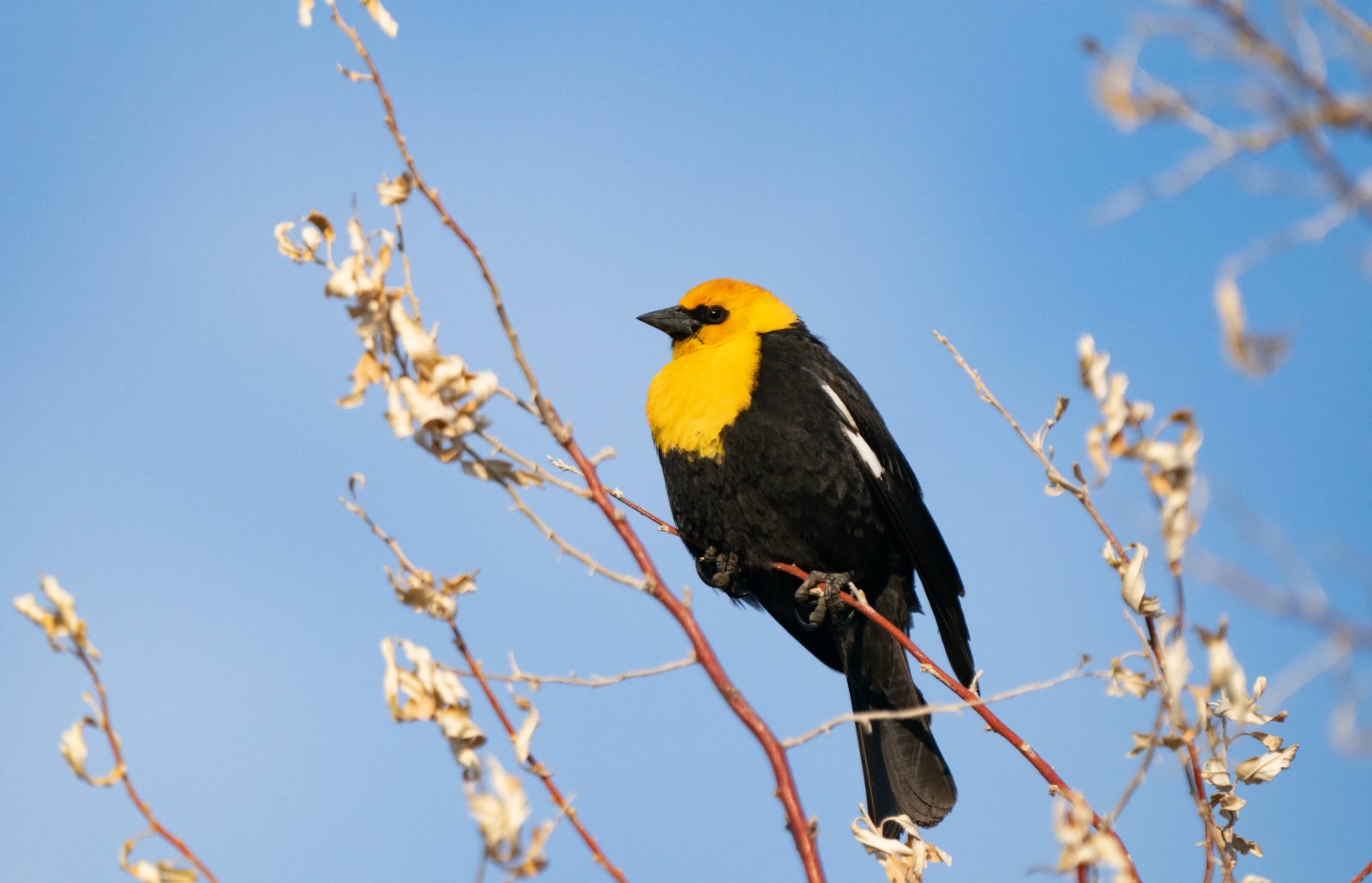 I have always seen Great Horned owls at this location. 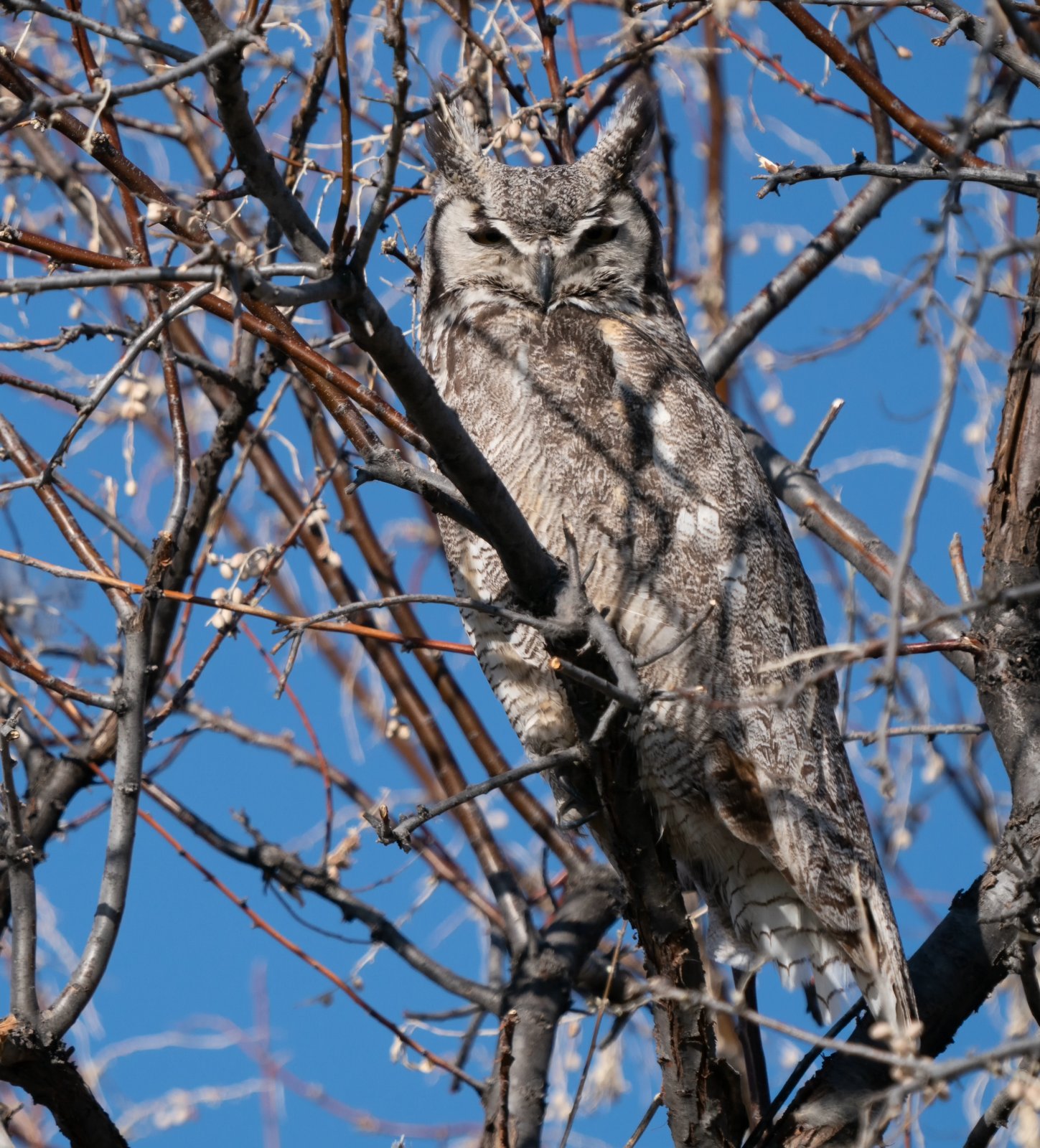 Sometimes there are chicks to be seen. 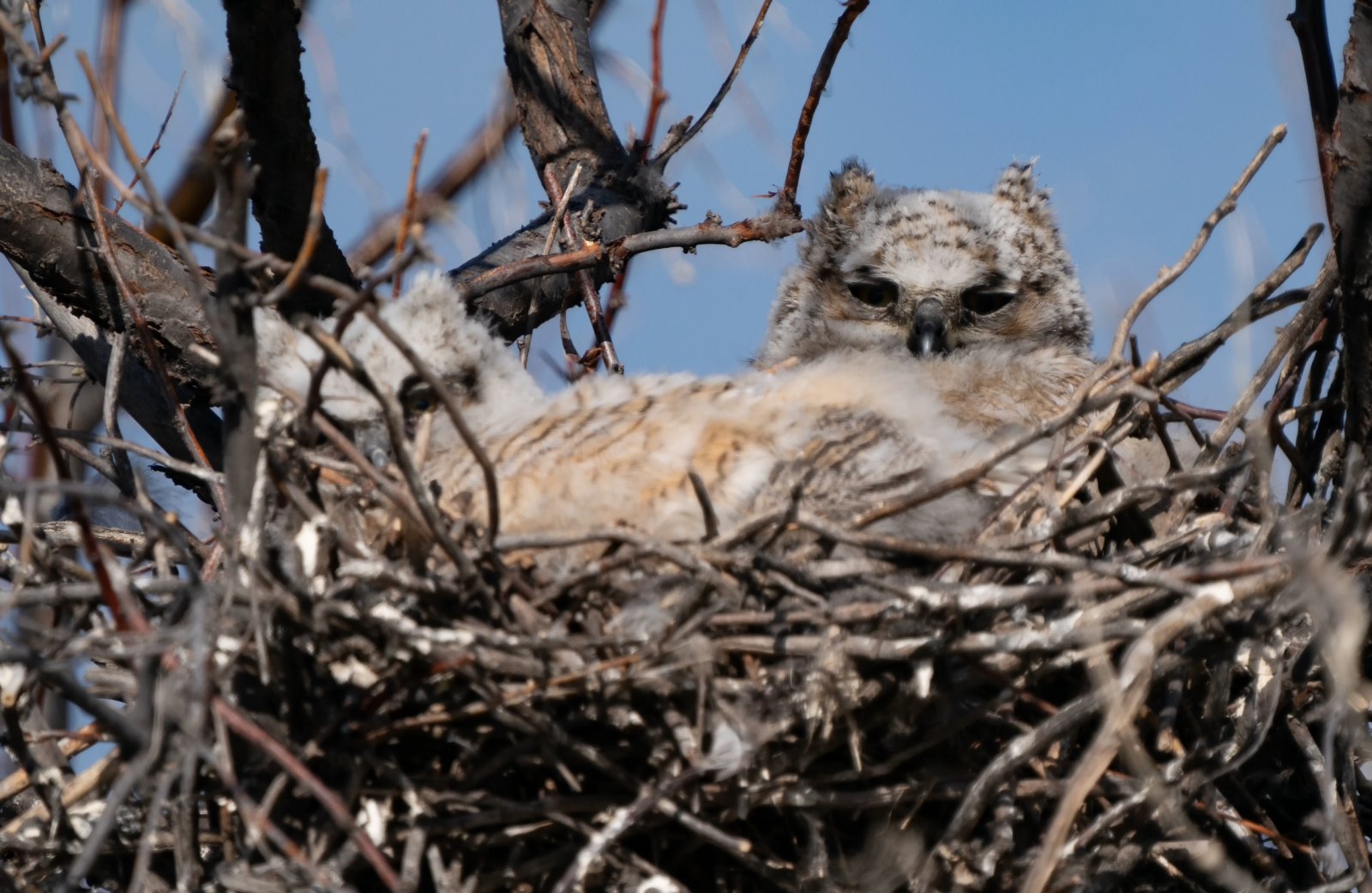 In the water, I saw a Sora, not hiding, in the reeds. 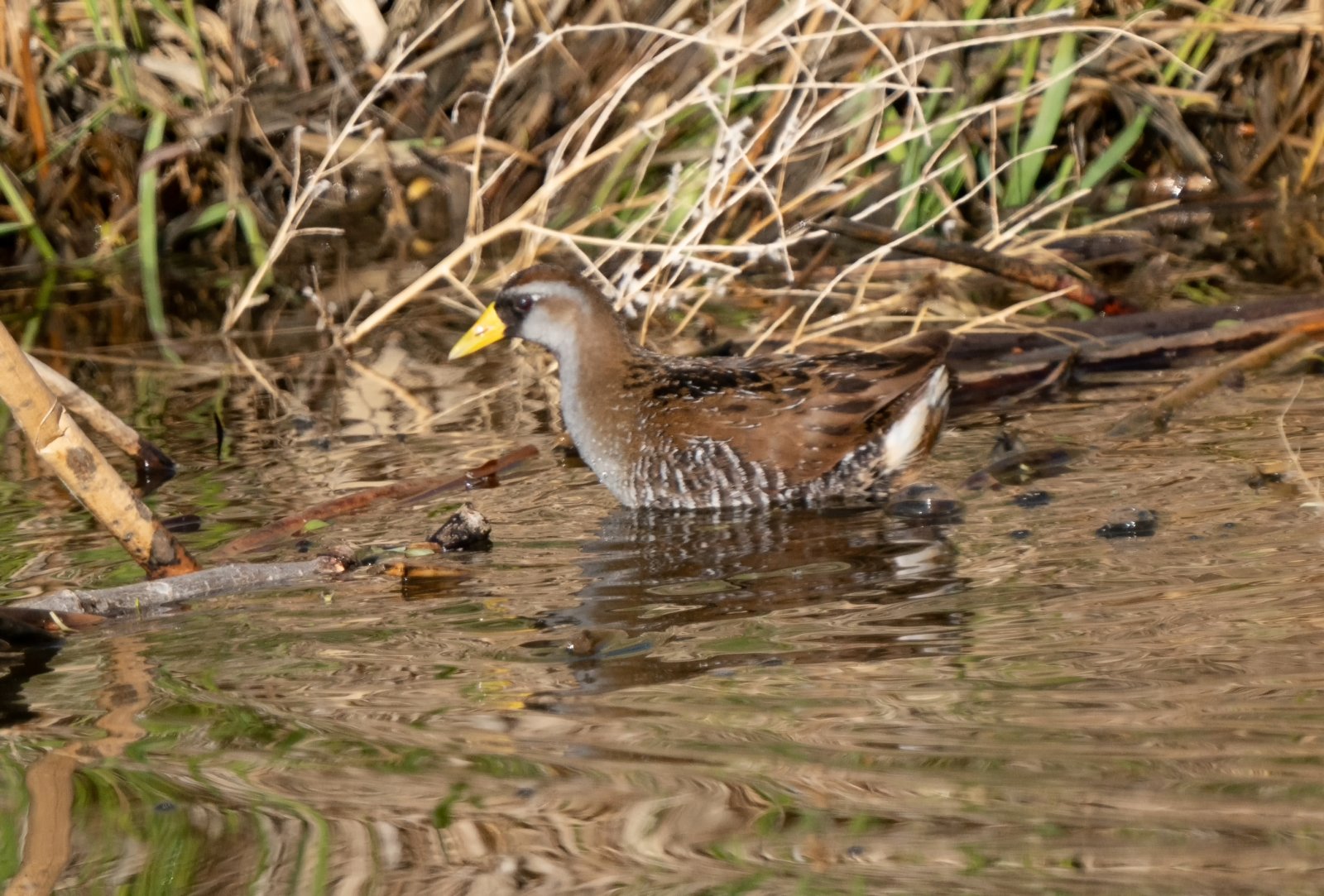 This Yellow Blackbird provided me with my favorite image of the morning. 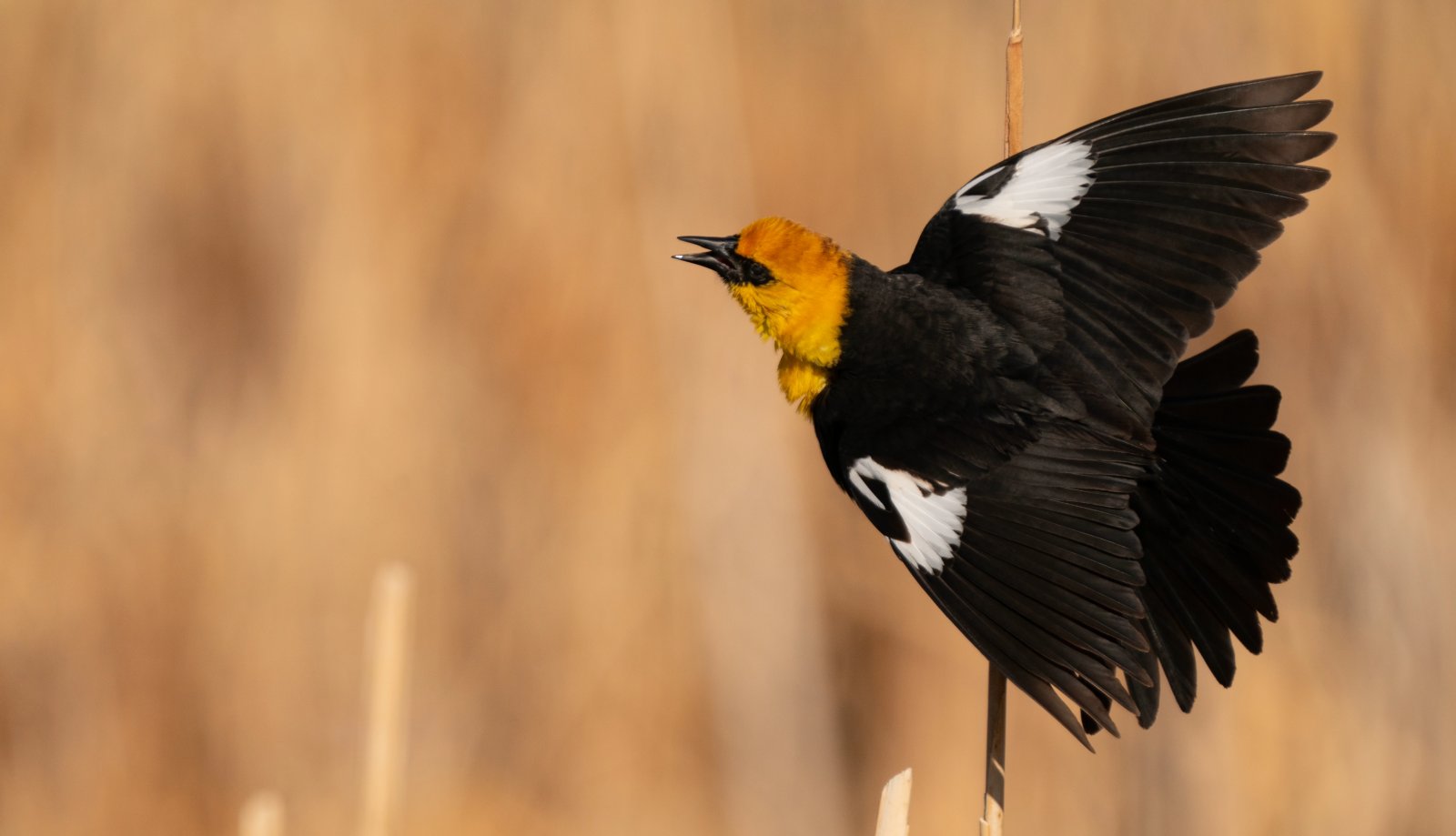 I spotted a hawk on a pole and put my cameras zoom on it to better see what kind it was. 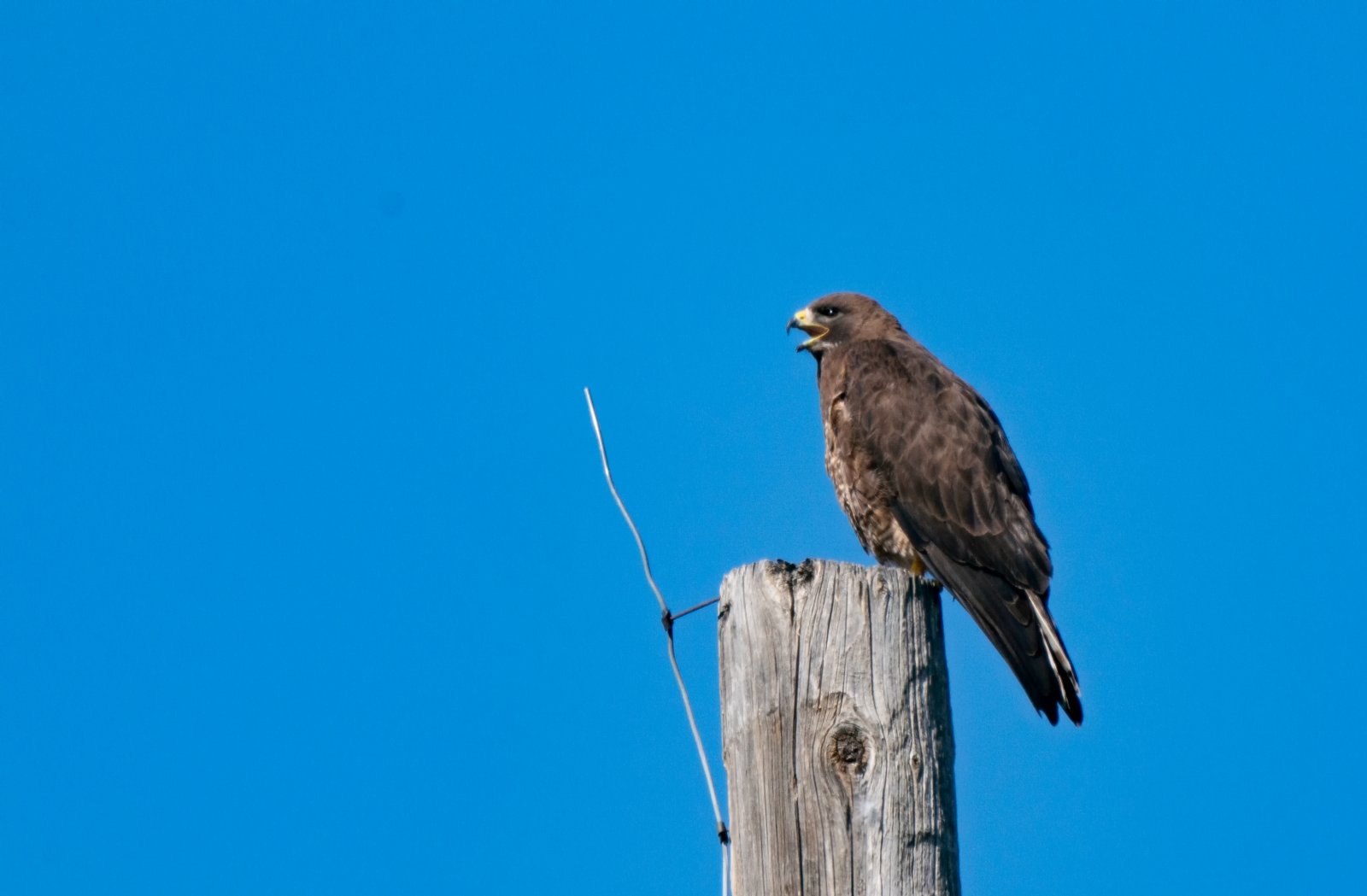 It was making a call that did not sound like a red tail hawk so I was curious about it. Just then a second hawk landed on the first...apparently answering her mating calls. 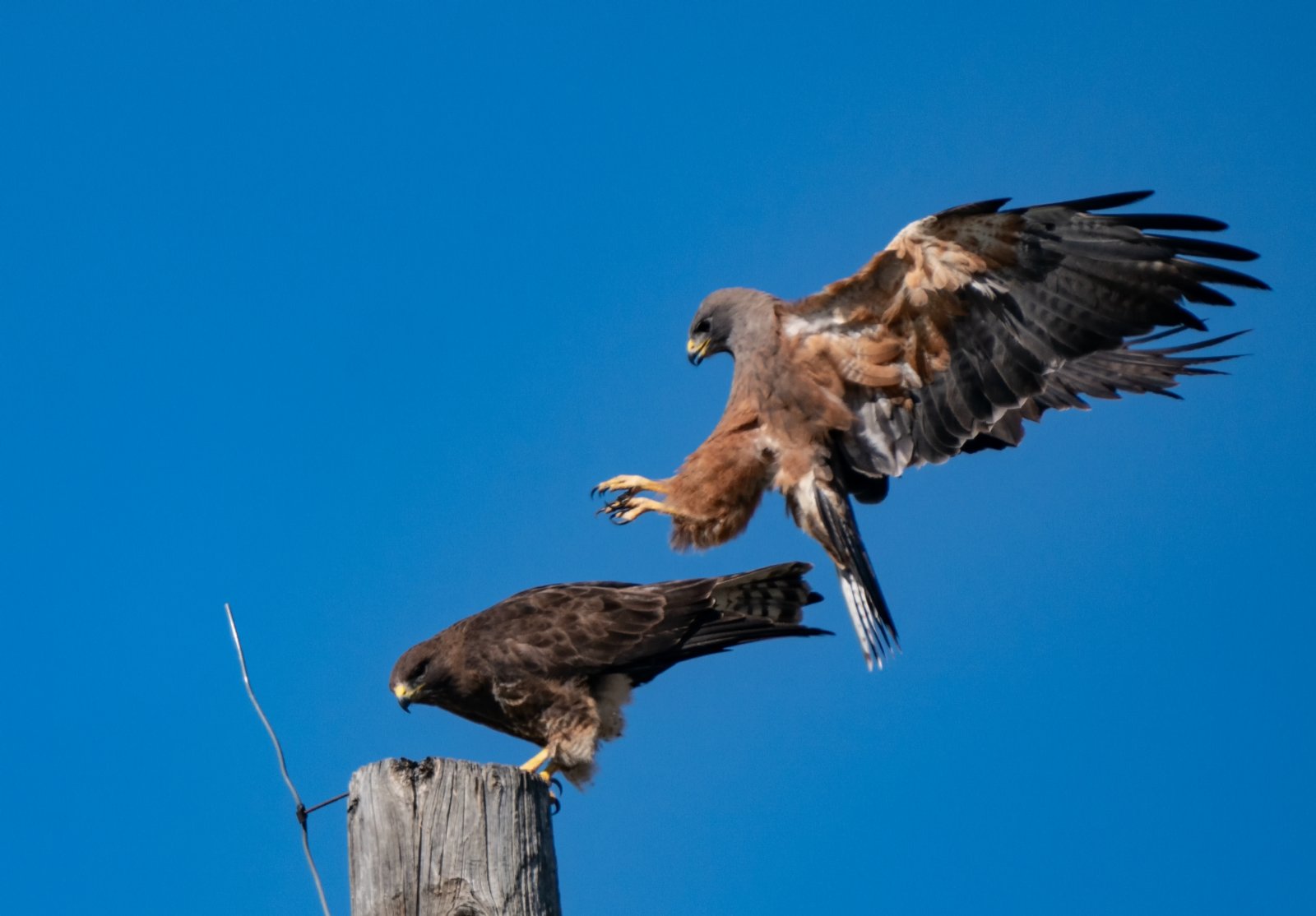 I was just lucky that I had been watching, with my finger on the shutter release, at that crucial moment. They appeared to be Swainson Hawks. 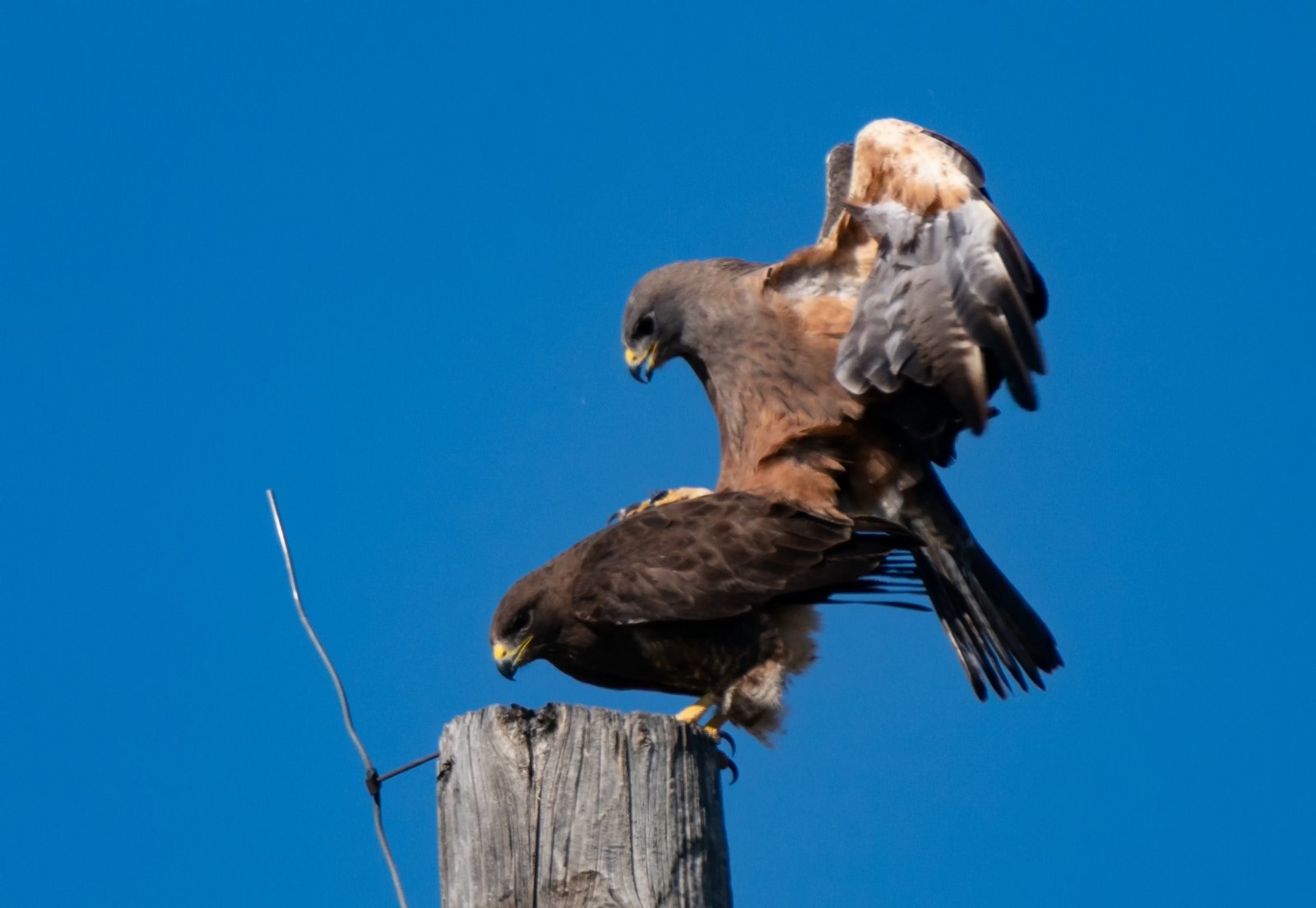 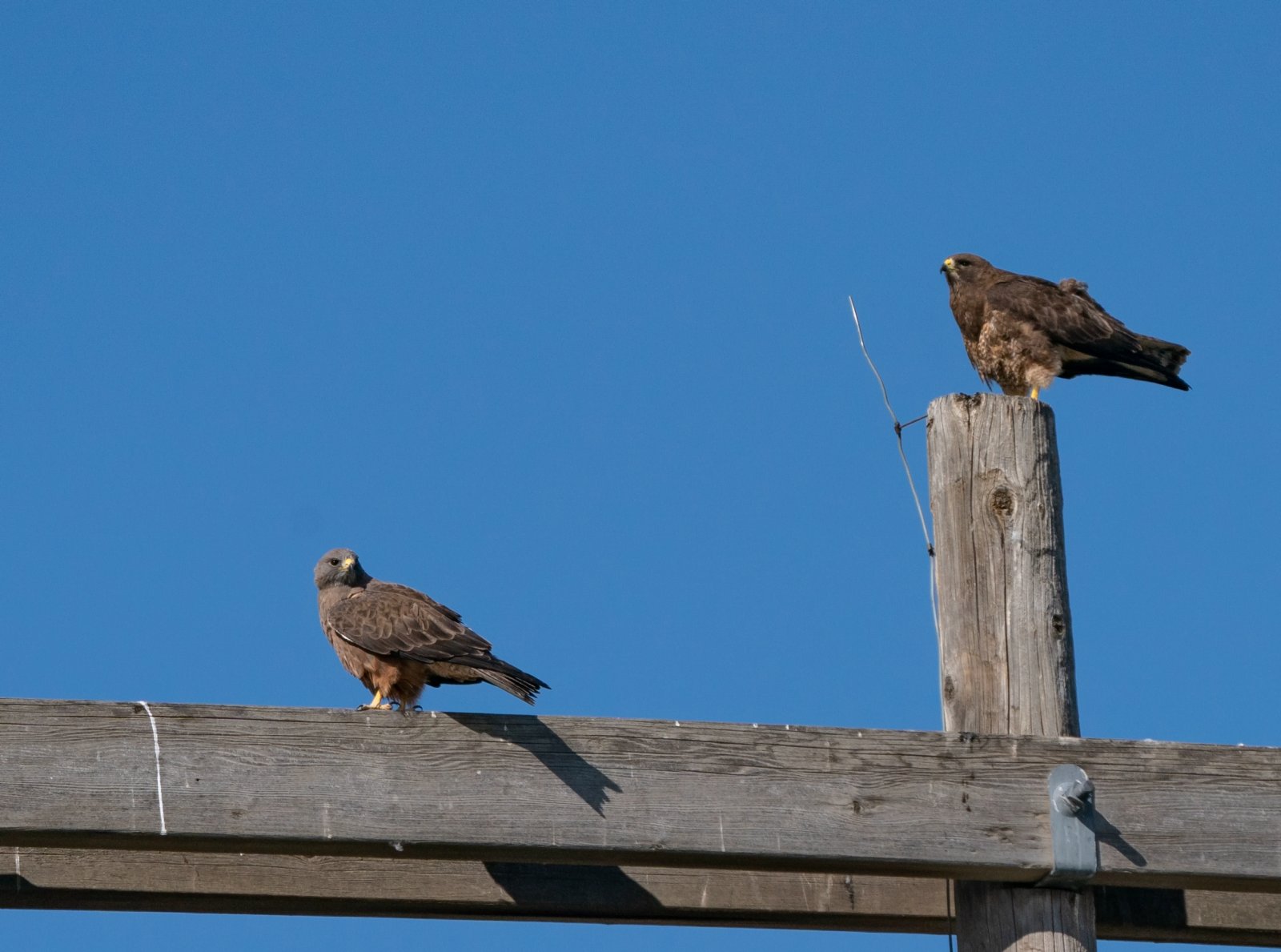 These Swallows kept leaving their perches and then re landing as a group on top of anything sticking up. 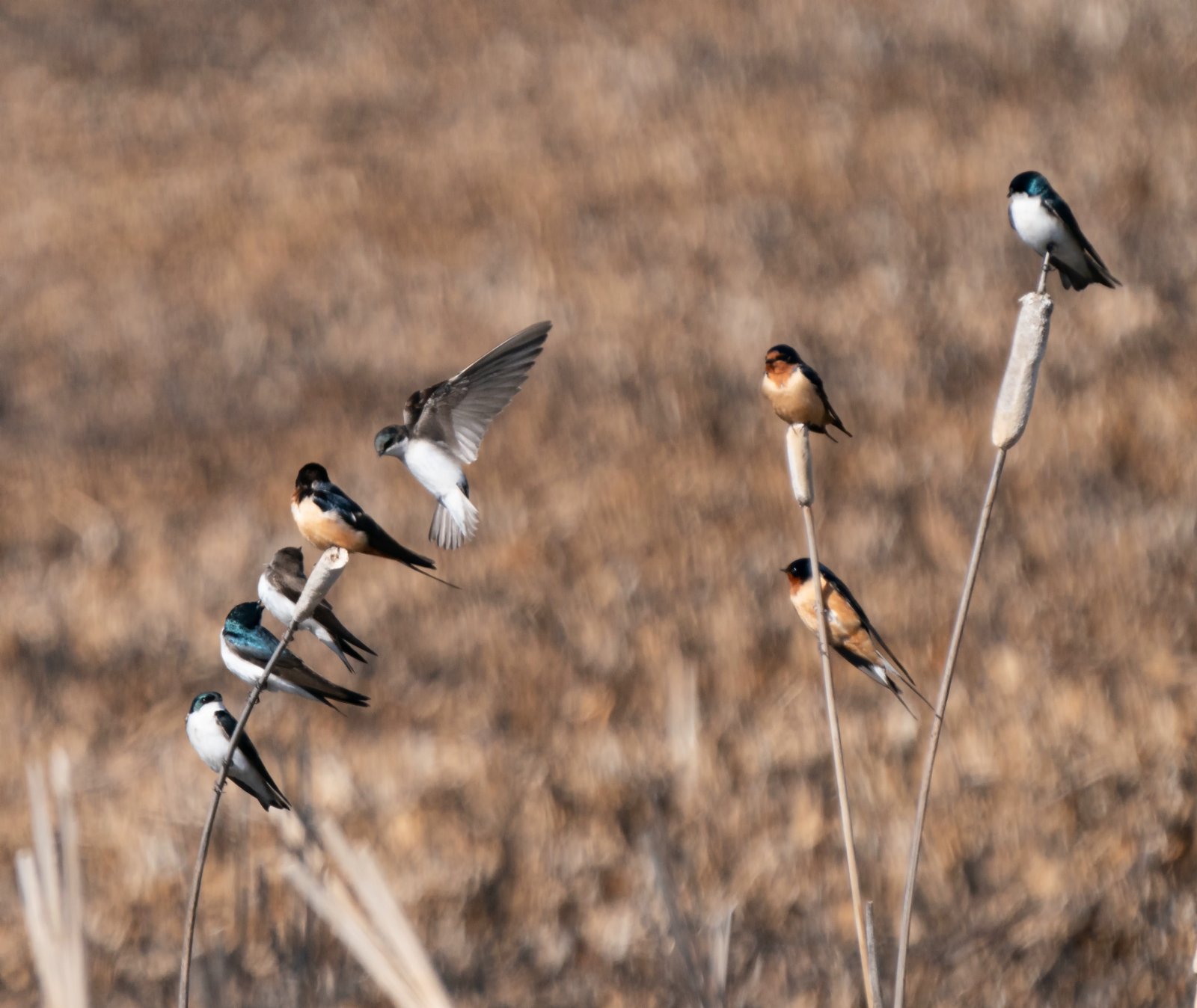 A pair of Cinnamon Teals 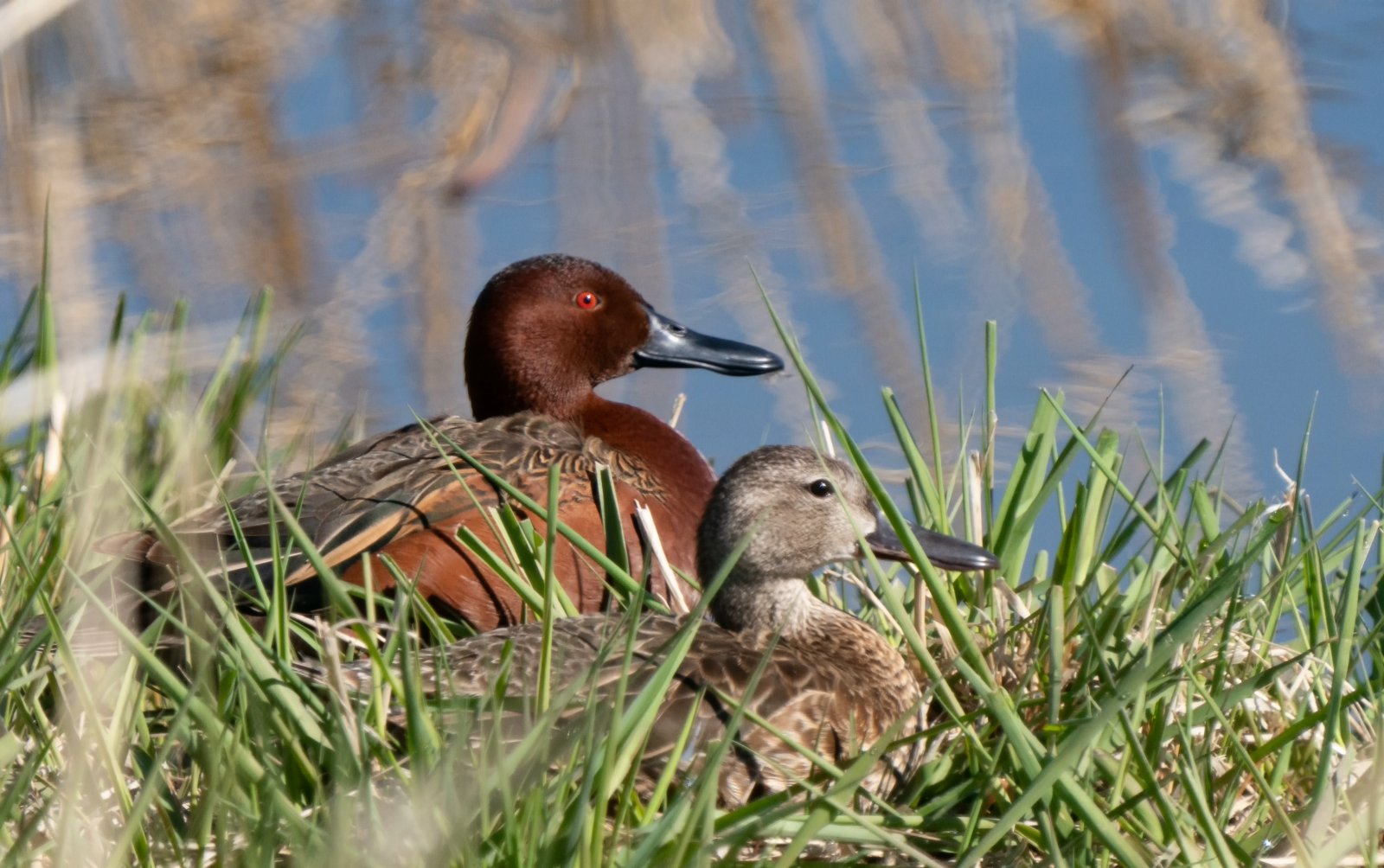 There was another Great Horned Owl nest nearby, not far from the first one. This chick was out of the nest already. 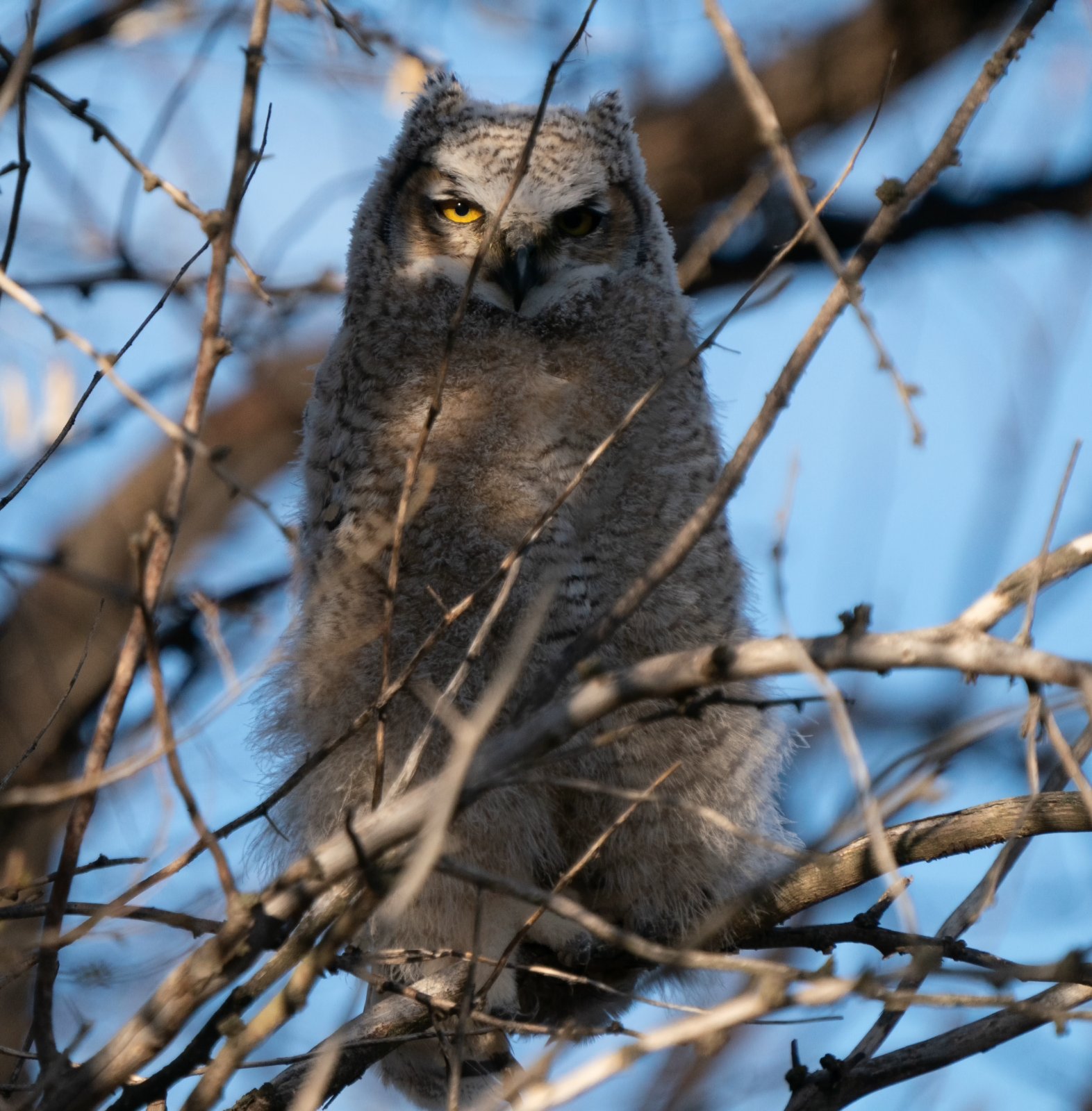 On my way out there was Short Eared Owl hunting over the marsh area. 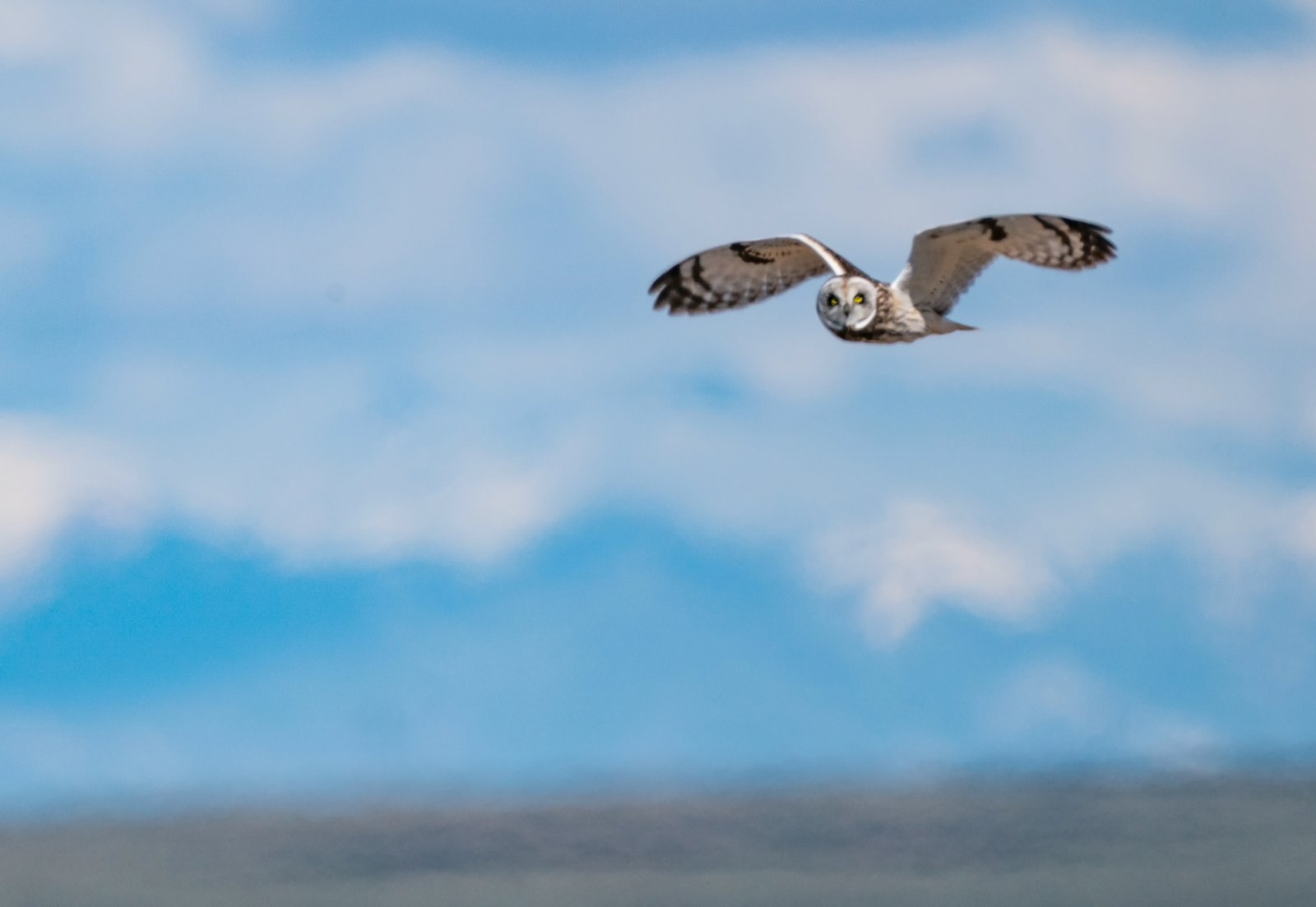 The birds of Market Lake provided me with some keeper photos and also helped me get familiar with my upgraded gear. It is a great wildlife stop.

Great photos, I really like the one of the owl chicks in the nest.

What "upgrades" did you get?
My trip reports: backpackandbeer.blogspot.com

Those are great pictures.
You must log in or register to reply here.
Similar threads