Living up in the icebox of Cache Valley the winters are something I just dread. So when my friend suggested we head south to warmer temps and do some hiking I couldn’t say no! I had wanted to hit Angels Landing for many years so we decided to do that. In the planning the trip, we decided we'd just swing over to Goblin Valley and hit Little Wild Horse... I know that it's out of the way quite a bit, but Little Wild Horse Canyon was also on my "to do" list and so it was set.

Day1
We left Tuesday morning and drove to Price where we stopped and picked up some groceries for the trip. Then on towards Goblin Valley.

When we got to Goblin Valley we were the only campers at there, but later two other groups showed up. We noticed that they have put in two Yurts just north of the campground that look to be nearly complete.

After setting up camp we drove over to the "Goblins" and explored them for about an hour until it was dark. Goblin Valley is neat, but I don't think I could spend more than 2 hours max exploring it. I think kids would have a blast playing in and running amongst all the Goblins though. Note: I've since learned from ibenick, that the "Second valley is much more intricate than the main area at Goblin Valley." His awesome TR on Goblin Valley is here. I'll have to explore Goblin Valley more next time! 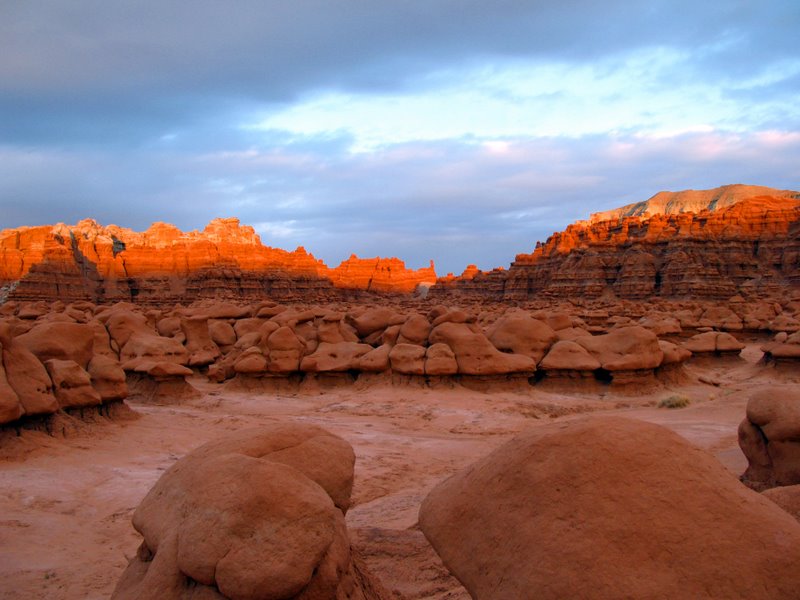 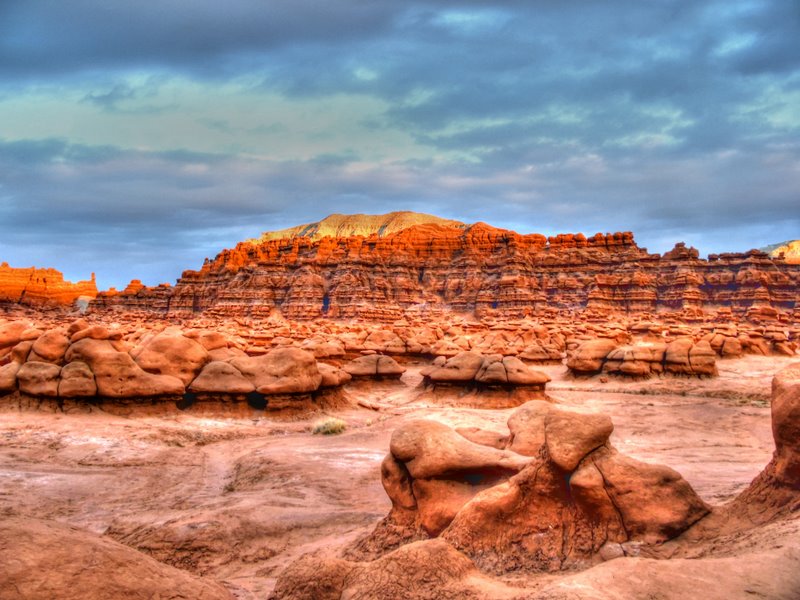 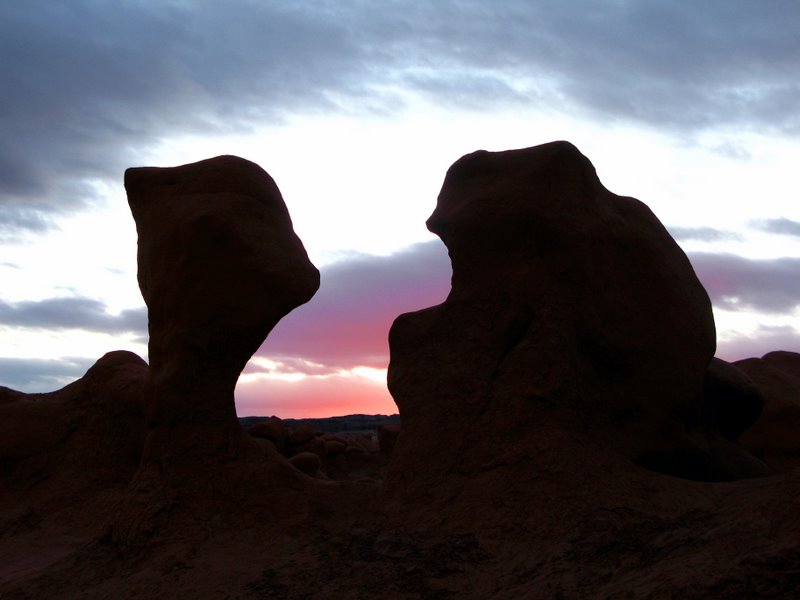 Day 2 - Wednesday
The next morning we got up, packed up camp and drove the 10 miles or so to Little Wild Horse Canyon (LWH). We did the loop, going up LWH and coming down Bell as I had read this was the easier route. LWH canyon was just amazing!!! I think I liked it more than Wire Pass (on the UT/AZ border)! It was longer than Wire Pass and just as narrow in spots! It was very fun and neat!! There are a few spots we had to scramble up, but nothing bad at all! 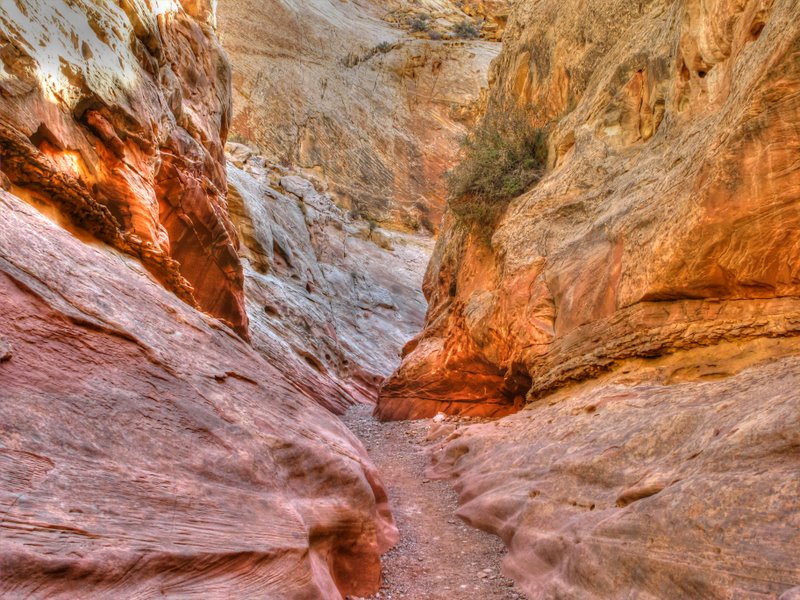 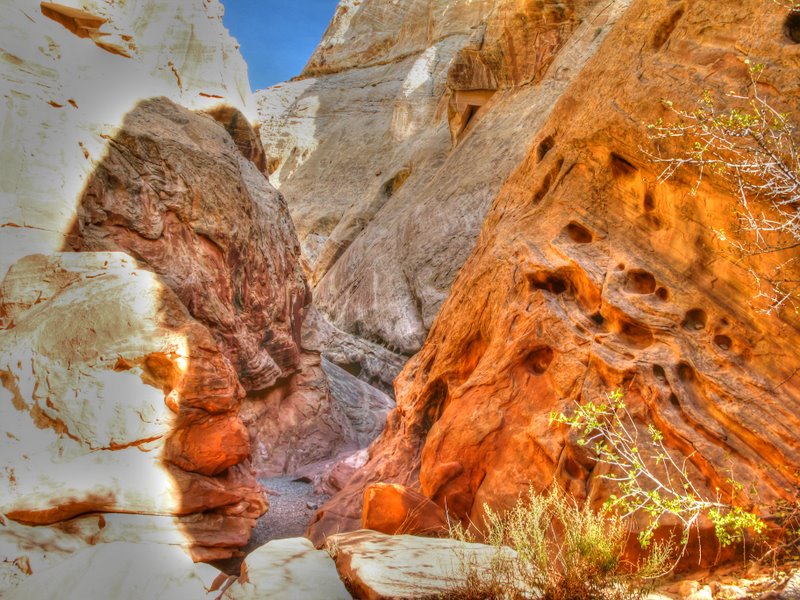 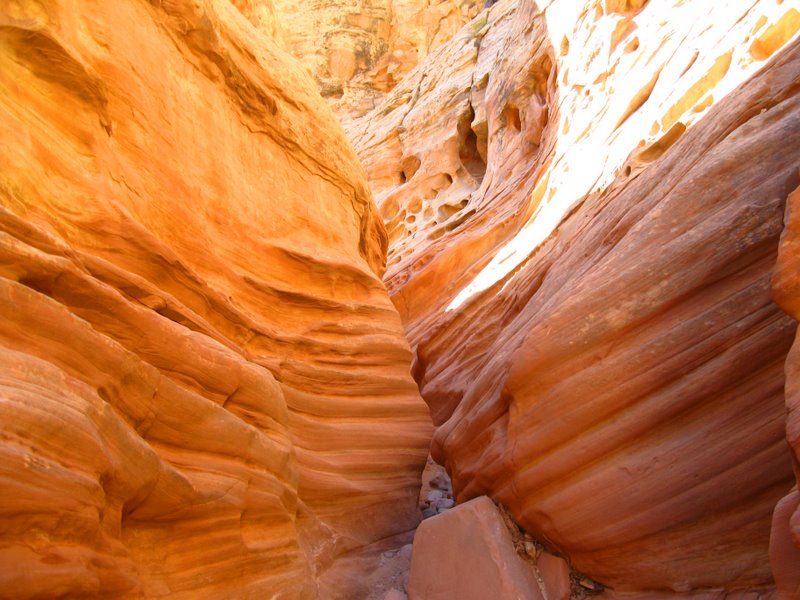 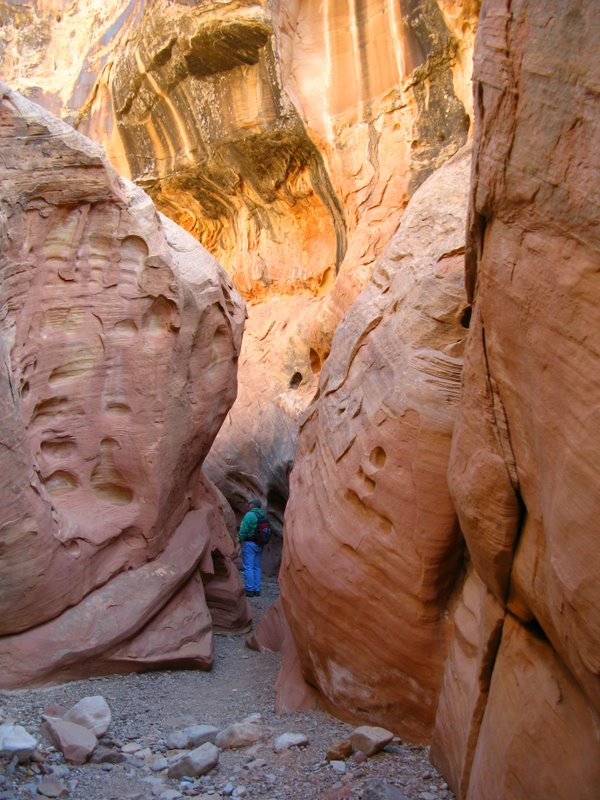 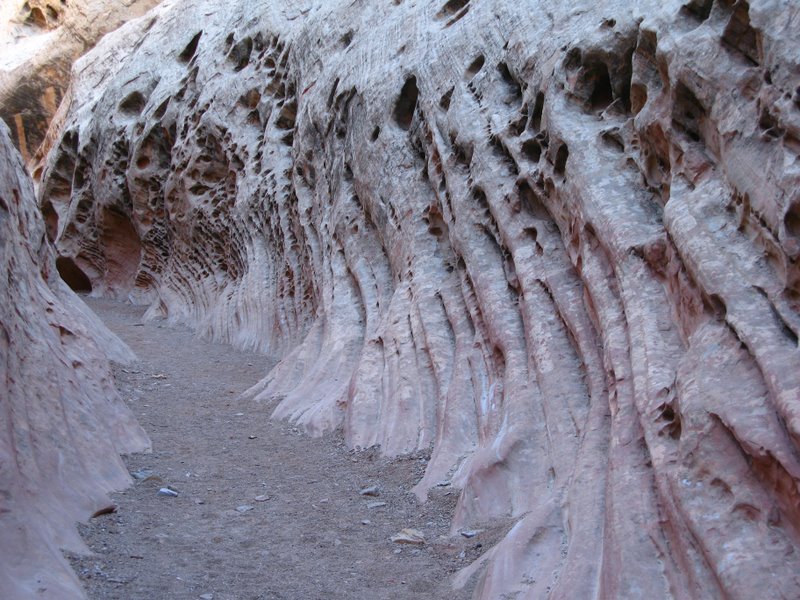 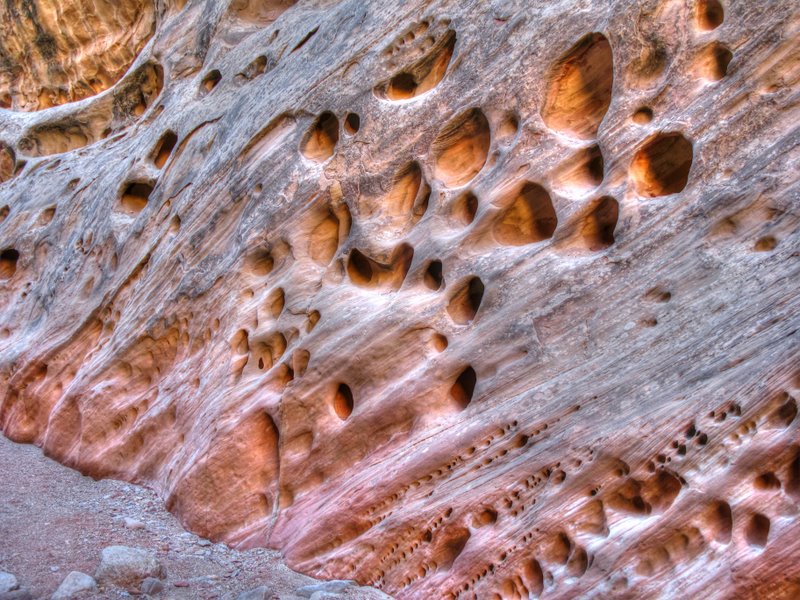 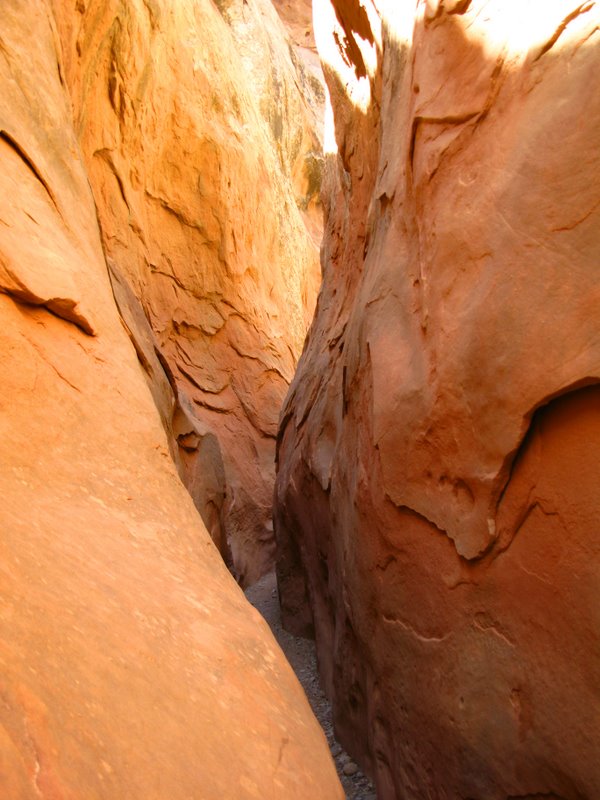 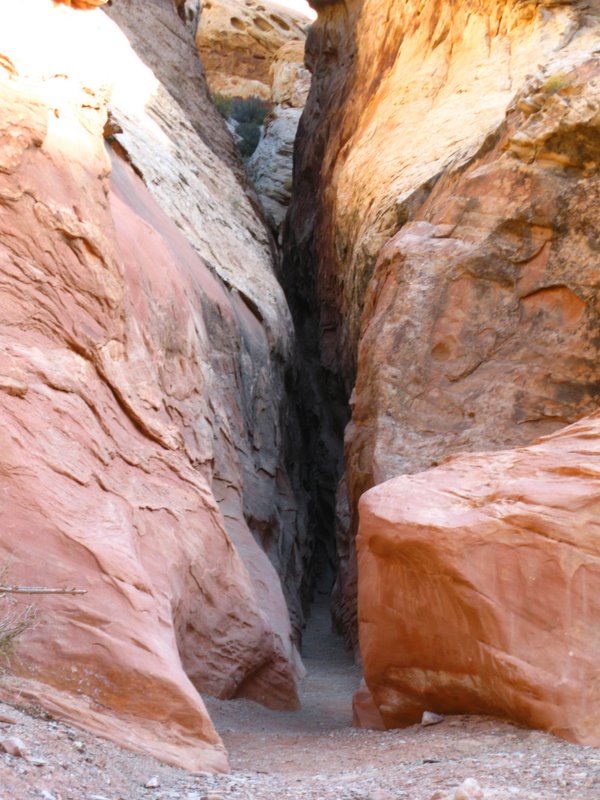 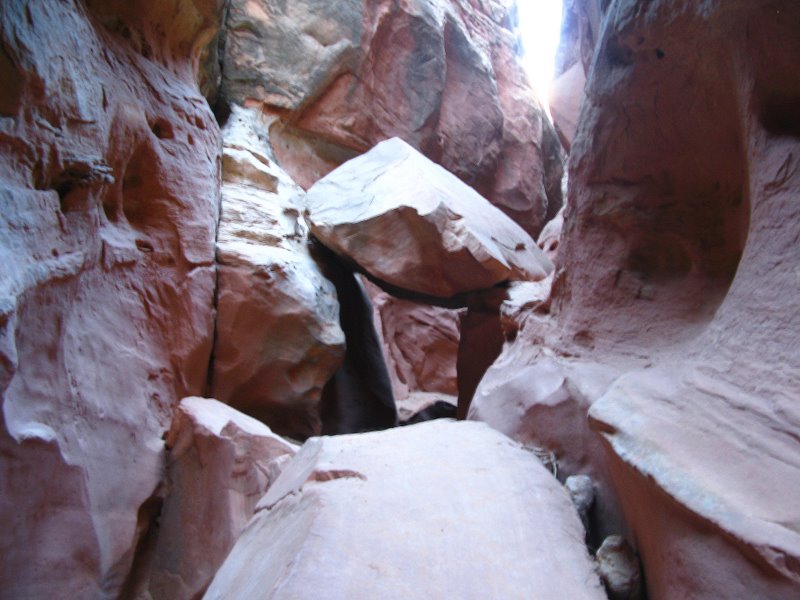 After finishing LWH Canyon we drove to Zion taking the longer, but more scenic route over Boulder Mountain along HWY 12. The rest of the way to Zion’s was uneventful and we finally got to the campground around 8pm. I had a throbbing headache and ended up laying down after setting up camp and falling asleep.


Day 3 - Thursday
The next morning we got up, ate breakfast, and then drove back up through the tunnels to the East entrance. My friend wanted to see the road in the daylight as we had came in when it was dark. It was good to see again as I hadn't been to Zion since I was a kid.

After that, we drove up to the grotto parking area, which is the trail head for Angels Landing. It was very warm (much warmer than Goblin Valley) and we were soon shedding our jackets. The trail is gradual for the first part and then it really starts to climb! 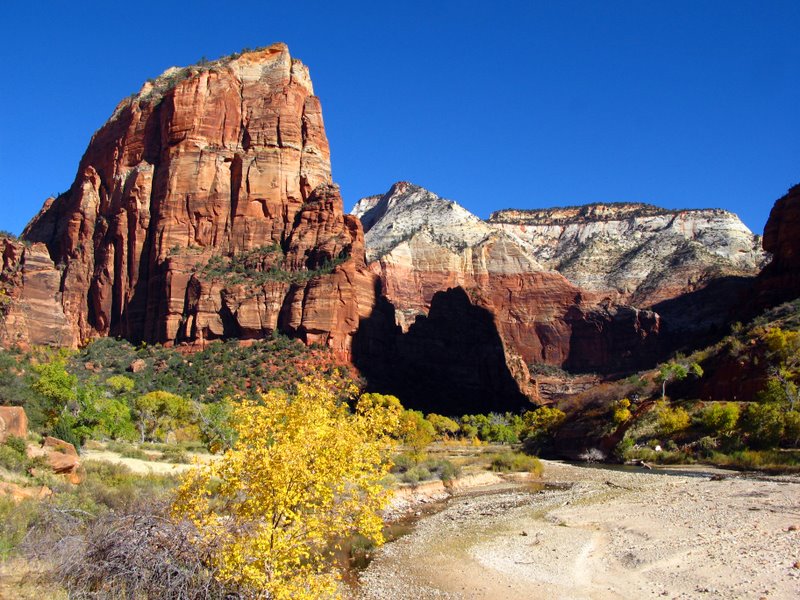 Looking south on the trail just before entering refrigerator canyon. 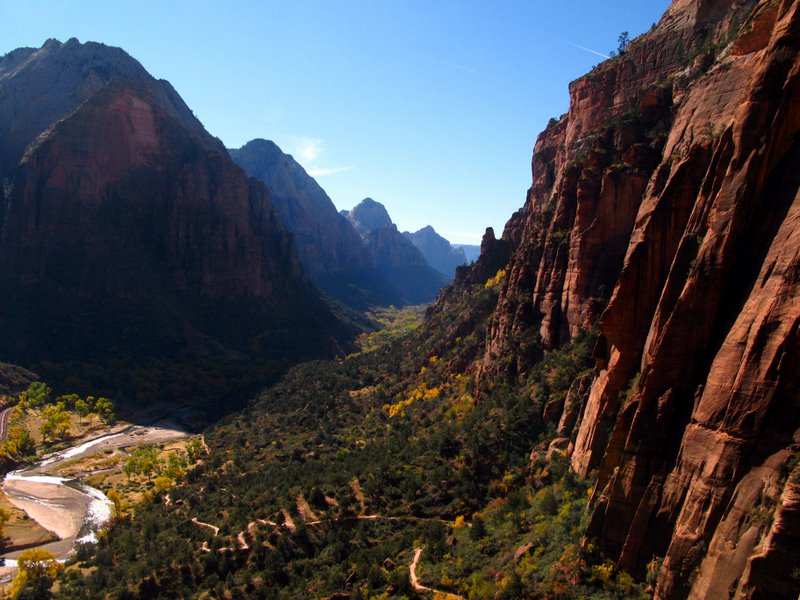 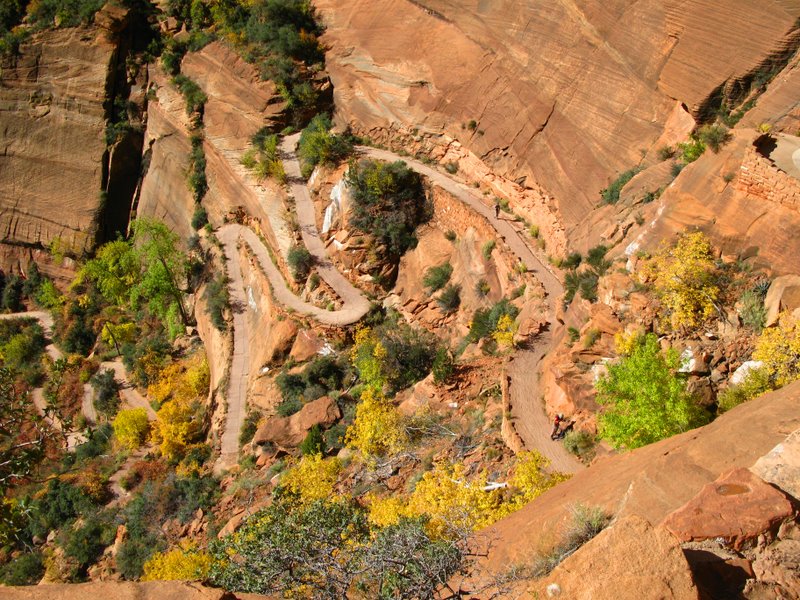 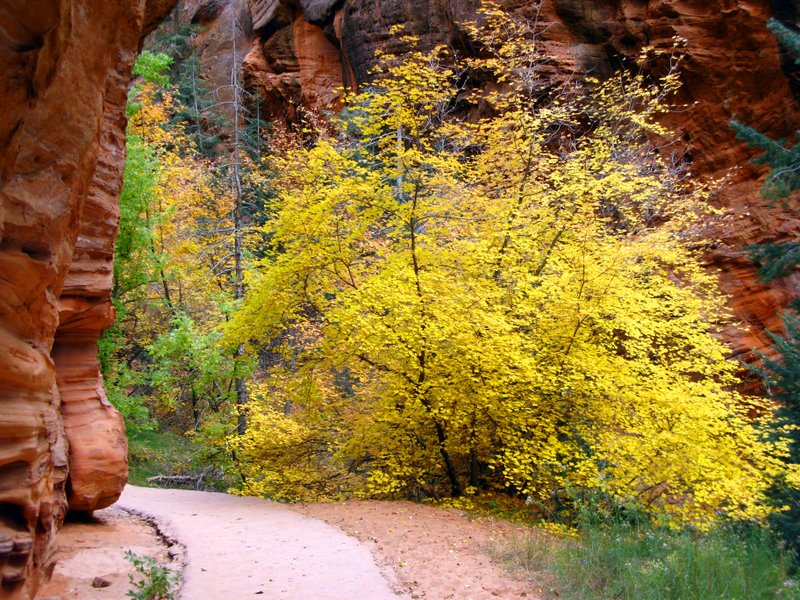 Looking back down the trail after climbing Walters Wiggles - I was glad we were in the shade here! 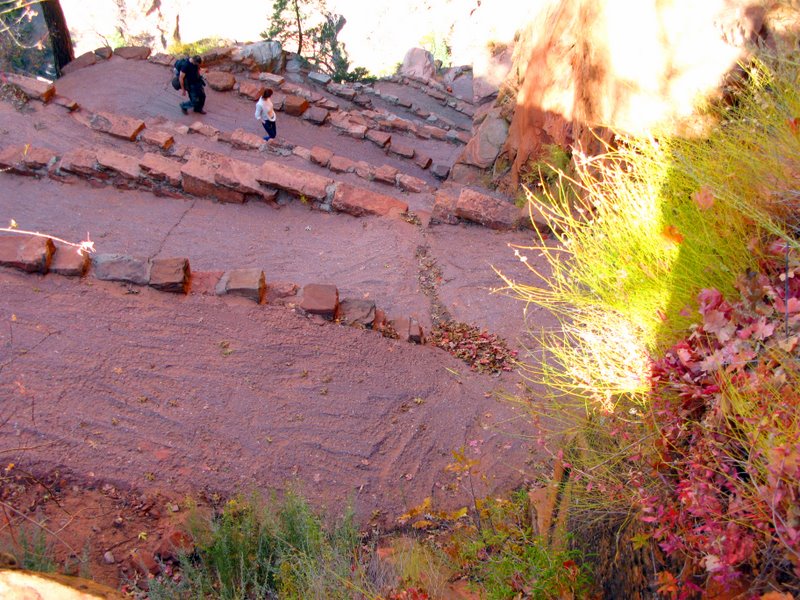 I thought the last ½ mile from Scout Lookout out to Angels Landing looks pretty scary, but isn’t bad once you’re out on it. 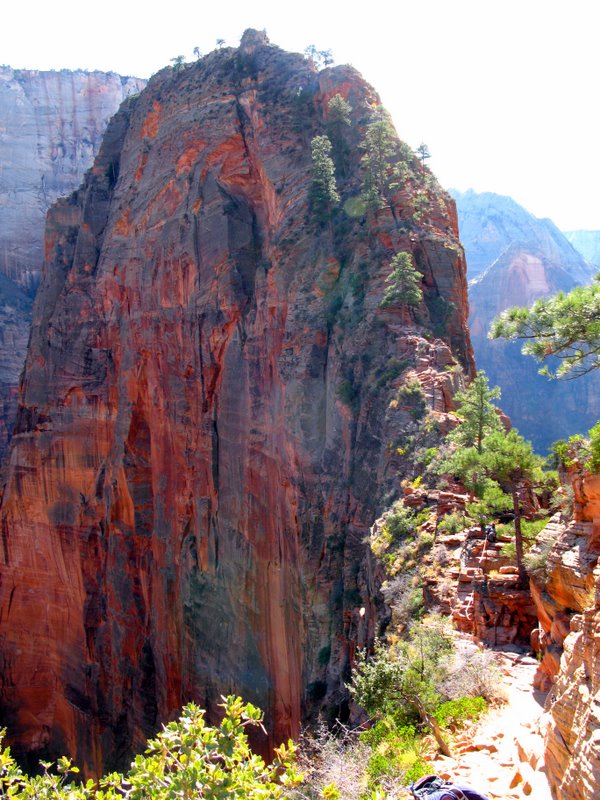 California Condor - This guy was hanging out in a tree above the trail on the spine out to Angels Landing. We must have hiked right under him and didn't see him until later. 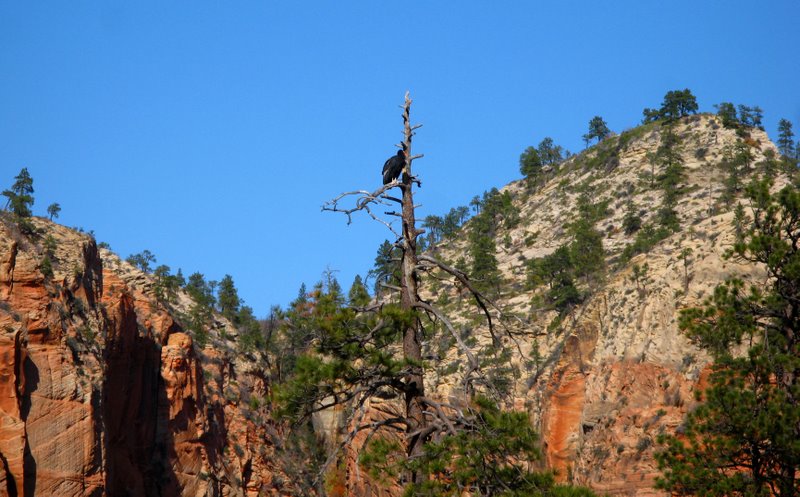 Looking back down the trail. The chain gives you a lot more confidence! 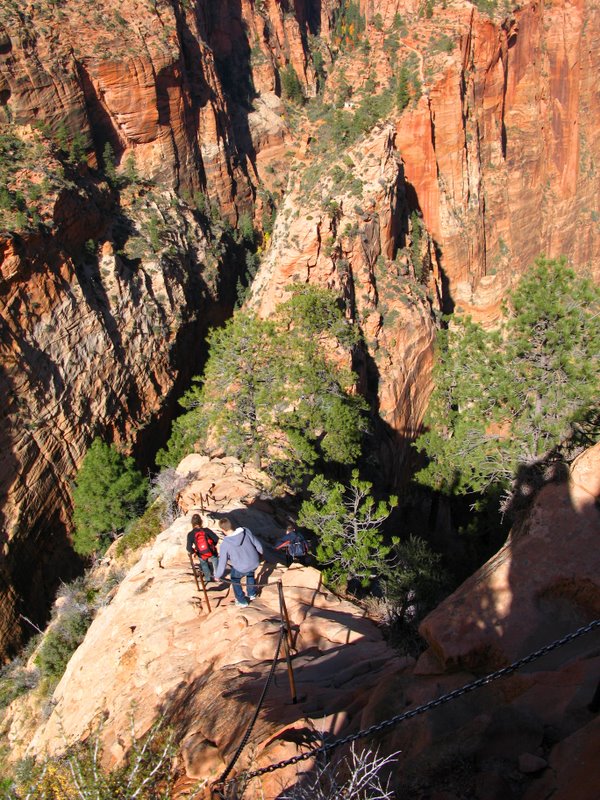 Chain handrail and steps cut into the rock help. 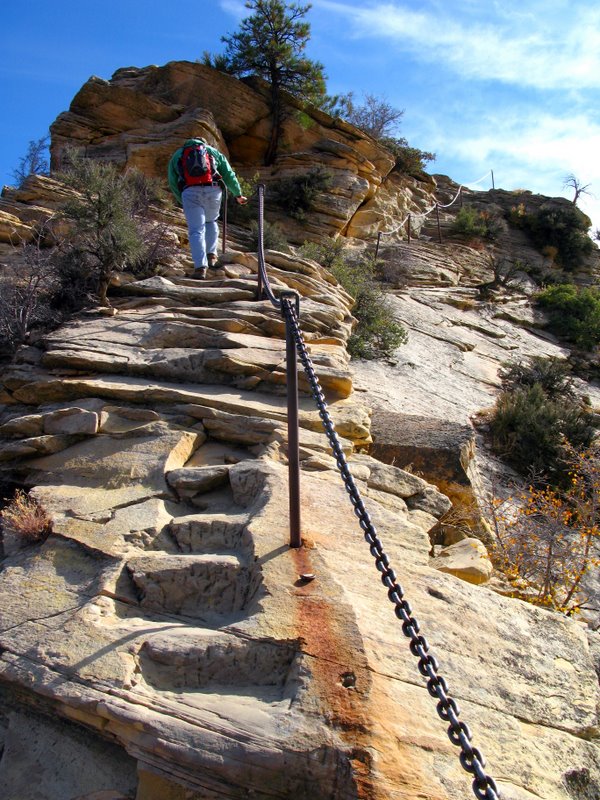 We made it across and up the narrow ridge to the top without any trouble, but many stops to rest! The view from on top was amazing! It is so beautiful up there! 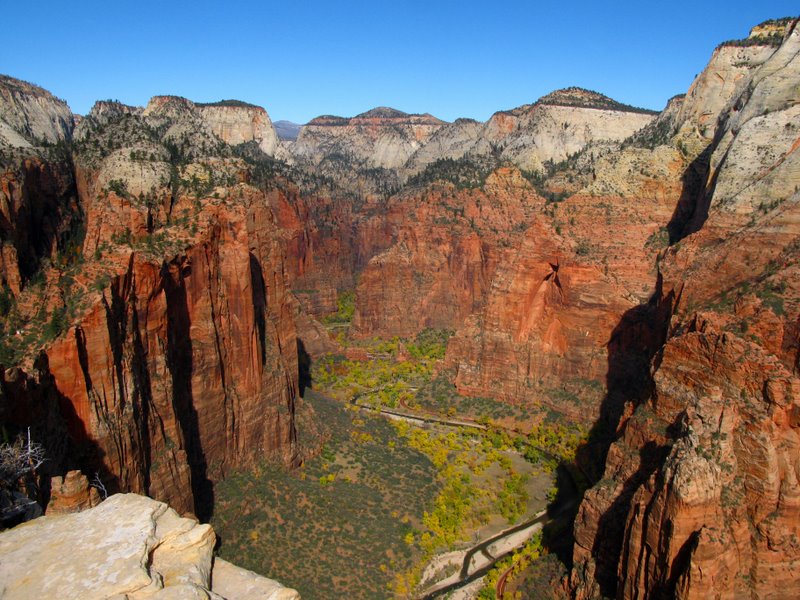 The trip back down the ridge from on top of Angels Landing was a lot easier than I thought it would be. Usually going down is the worst (on very steep slopes), but with the chain it made it quite easy.

After Angels Landing we explored some of the areas close to the road and then headed back to the campground.

Just as we got back to camp the sun was setting and I snapped a few shots! 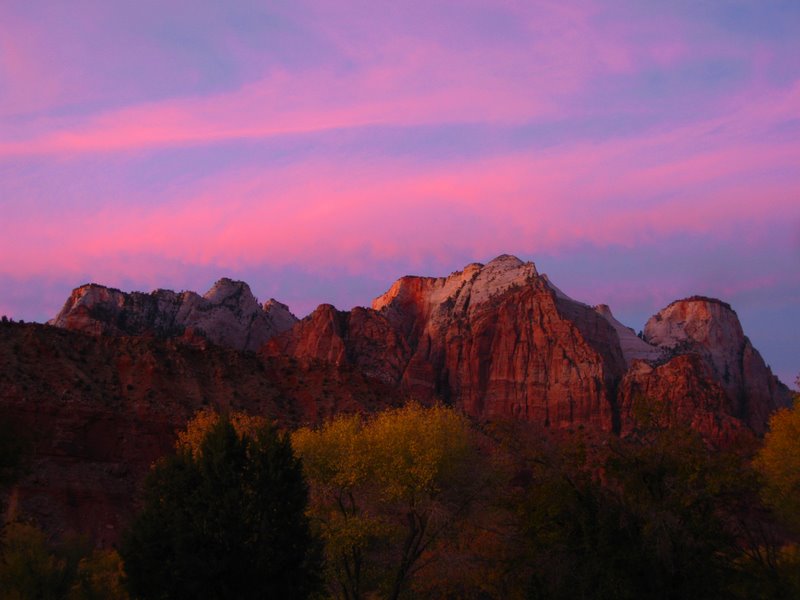 Day 4 - Friday
Before we left on Tuesday we had heard that the weather was going to be bad Saturday in Zion so we had decided to head out Friday and miss the weather. I wished I would have checked the weather later in the week as it changed and Saturday was nice. One more day would have been perfect! But instead we got up, packed things up, and drove up and did a quick hike to Emerald Pools and then hit the road to try and beat the storm coming in to north UT. We made it all the way to Brigham City before it started to snow. Sardine Canyon was pretty bad. There were 3 spun out Semi's, 3 cars that had run off the road and a wreck! All I could think of was: "Welcome back to the White Hell".

Awesome! Talk about hitting two opposite ends of the state though! I dig that first shot of the golden light in goblin. I'd really like to be there for an epic sunset someday...
IG: @backcountrypost

Thanks! Ya, it seemed to take forever to get from Goblin to Zion...
“We don't stop hiking because we grow old - we grow old because we stop hiking”
― Finis Mitchell
You must log in or register to reply here.
Similar threads