The day after celebrating the birth of our lord and savior we (my two little brothers and myself) decided it would be appropriate to visit Babylon, Little Purgatory and Hells Half Acre in the Babylon Section of the Red Cliffs Desert Reserve

I have wanted to explore this area for a long time after noticing on Google Earth a giant hole in the middle of the desert (see middle-left of picture).
View attachment 7520

It was hard to decide what time of day would be best to hike this trail. I knew that in the morning the red cliffs of the Conservation Area/Reserve and Pine Valley would be lit up better whereas the afternoon many of the areas mesas and zion would be. Because of the threat of weather we went in the morning hoping to beat the storm. 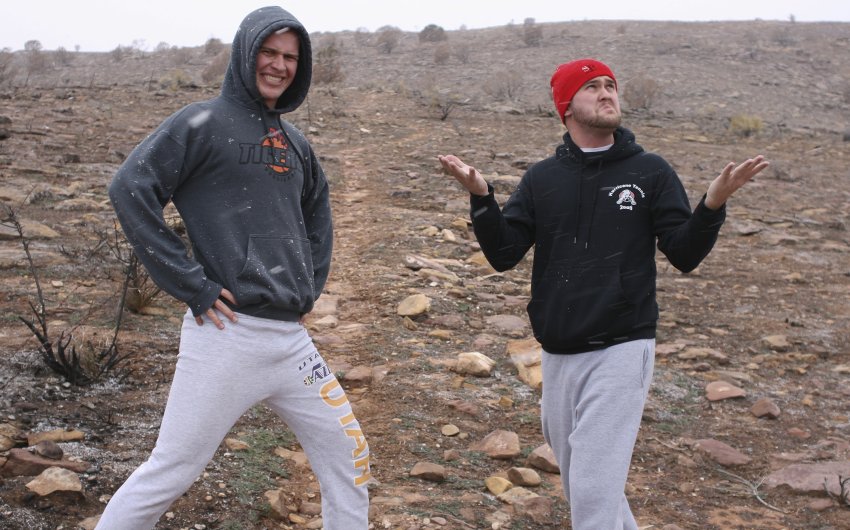 Fortunately the snow only lasted for a short while but did ruin any good pictures of Pine Valley and Red Cliffs.

The Babylon trail was a road used by miners to haul silver ore from the Silver Reef area to the north to the Babylon Mill along the Virgin River (now gone except for a few ruins) and is relatively boring until the end where it turns into the little purgatory trail. From here the 360 degree views are pretty impressive but right as we reached the high point the storm moved in and visibility was pretty limited. Oh well I still had high hopes to find purgatory! 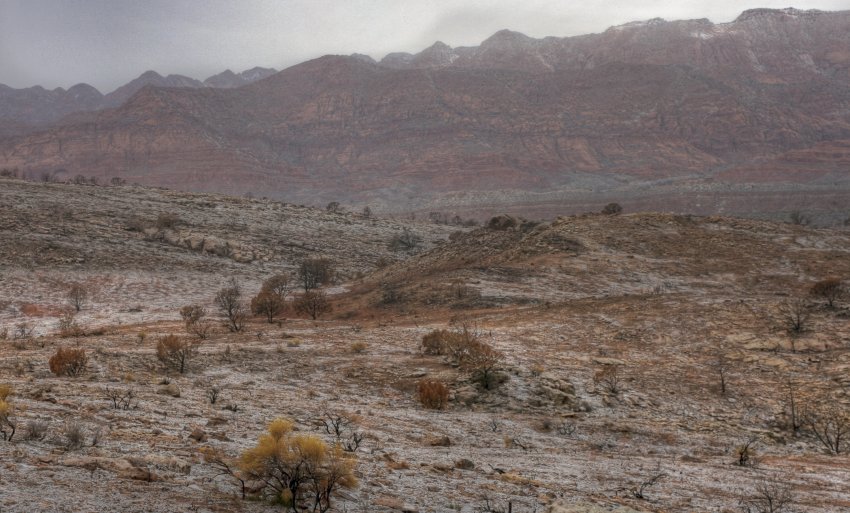 Eventually the storm moved out and visibility increased. To get to the edge looking for the vistas I knew were there we did have to leave the main trail and follow a social path to get to the edge. It was totally worth it! One of the best overlooks I have been to. For some reason I like barren desert overlooks lacking signs of human incursion. 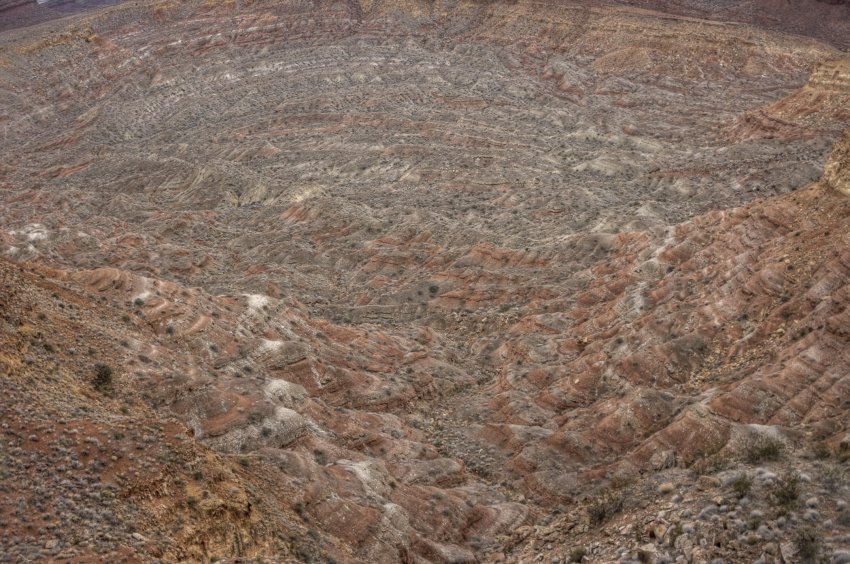 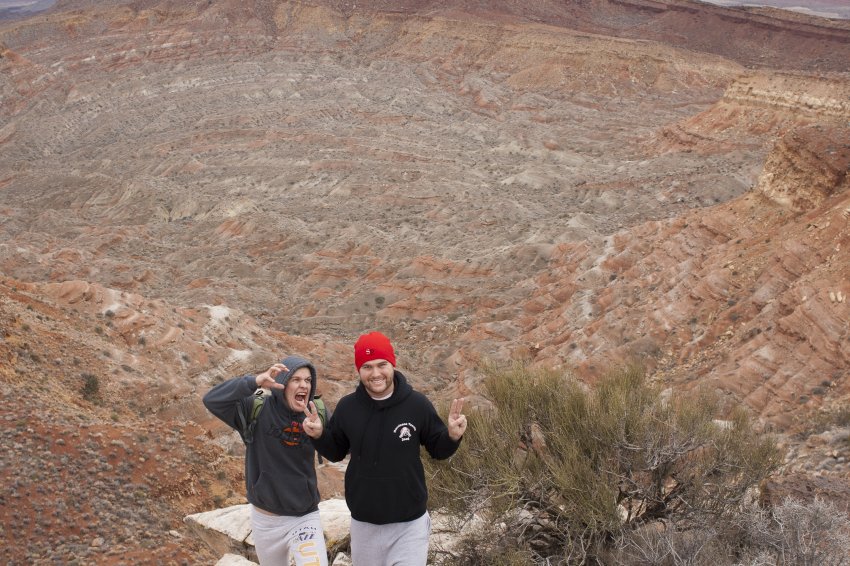 After looking into hell the rest of the trail was simply breathtaking. At this point we were roughly 900 hundred feet above where we started with views of the east reef, sandstone mountain complex, Gooseberry, Little Creek and Smiths Mesa, the Virgin River Canyon, Mollies Nipple, the Cinder Knolls of Hurricane, the city of Hurricane and of course 30+ miles away the towers and temples of the Virgin in Zion National Park. 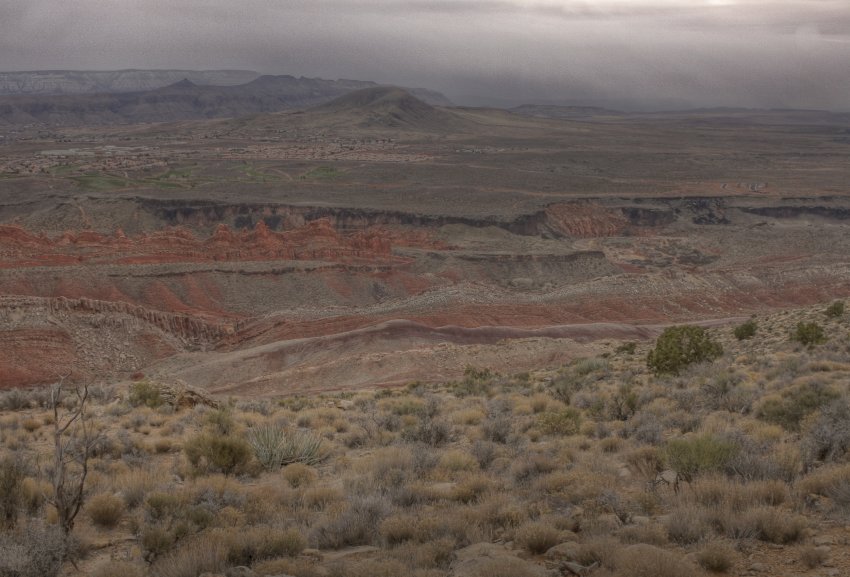 One of my favorite sections was the trail was hiking through the multi-colored clays and short grasses of the little purgatory trail. Not sure why maybe it reminded me of a more tundra like biome. 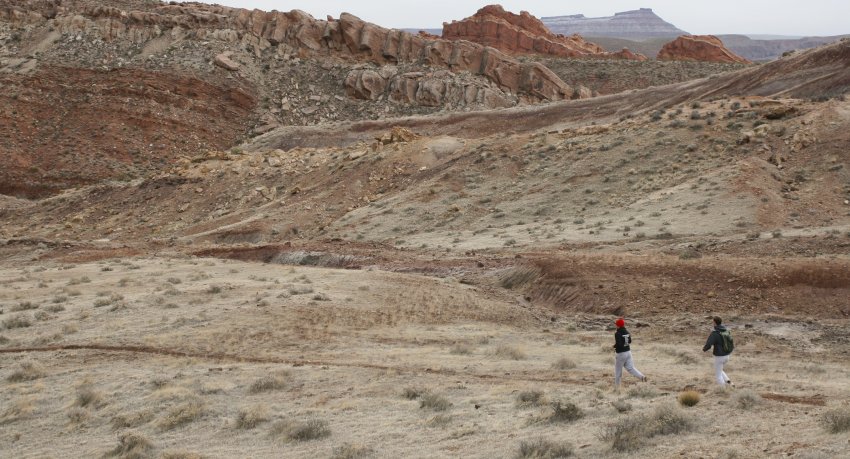 Eventually we made it back to the road and were a short 1 mile walk up the road back to our car but before heading north I decided we could make two quick stops along the way.

The first an interesting petroglyph panel. I have never had much success photographing this panel as it is pretty exposed and faded, but there are some neat petroglyphs.

The second stop to see one of the two sets of dinosaur tracks in the area. 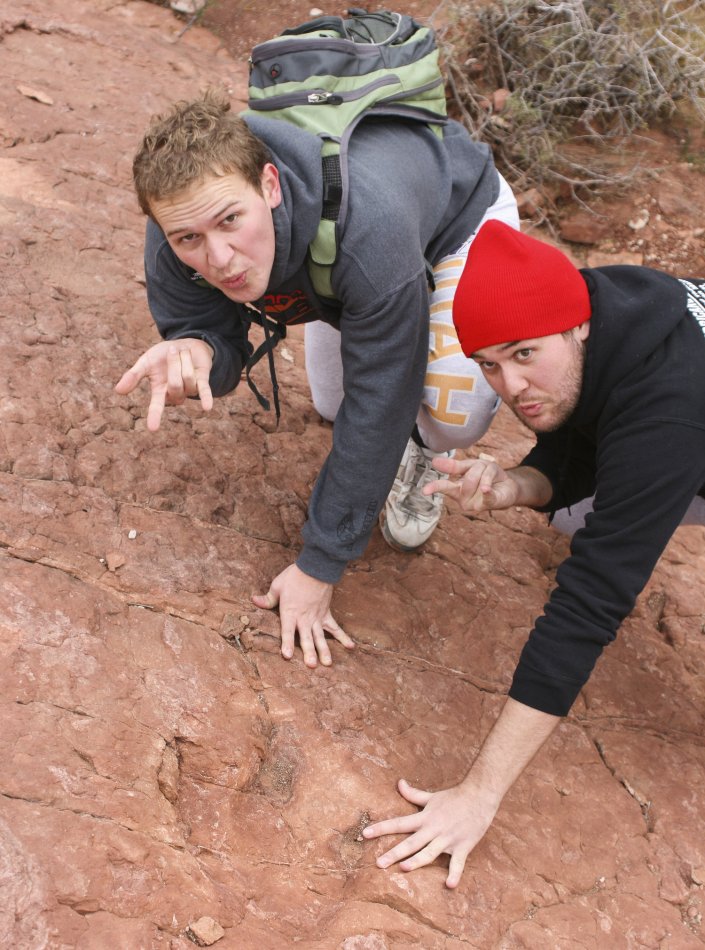 I wanted to, but we were cold, semi wet and ready to go home, stop by some of the many mines in the area. From on top of the little purgatory trail we could see one off in the distance that looked like possibly, hadnt been blocked off by the BLM (Im sure it had been but IDK)

In the end this is one of my new favorite loops in the RCNCA! It did have, according to the Desert Reserve website 2400 feet in total elevation change, but once on top the trail is a blast! 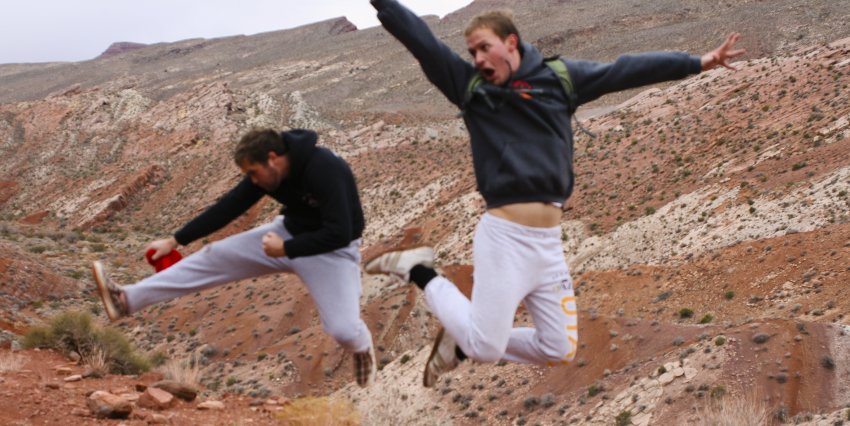 This would have been my favorite jump shot of all time but my speed was a little off and the picture, as you can tell, is a touch blurry

you guys rock!!! :twothumbs:
Great day!!
This particular hike is high on my bucket list for the nearer future, hopefully one of those weekends without too many commitments for College.
And I can image how awesome to view toward Zion must be on a perfect day with a sunset. Definitely something I should keep in mind
http://yvonnebaurphoto.smugmug.com/

Looks like fun! You and your brothers must have a great time hitting the trail together.
http://www.lisakellyphotos.com/
You must log in or register to reply here.
Similar threads