In Which I Forget Sunscreen (Uintas 2015)

Over the 4th of July weekend, 2015, I walked a terrific loop in the central part of the High Uintas Wilderness. Here are the dirty details.

I drove to East Fork Blacks Fork Trailhead on Thursday evening (the 4th being observed, for work purposes, on Friday). The last six miles to the trailhead were slow going and rough, but very doable even in a passenger car. My Sube was in her element. I reached the trailhead just before sunset. I loaded on the DEET and made a couple quick miles up the trail toward Squaw Pass. I set up camp right as night fell. 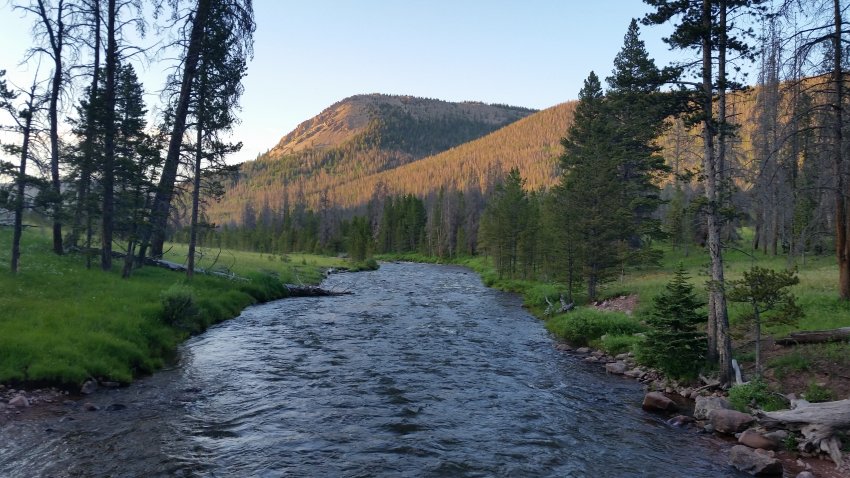 Darkness doesn't stick around long at that time of year, and I was up with the sun early the next morning. Trees started to thin out as I approached the pass. 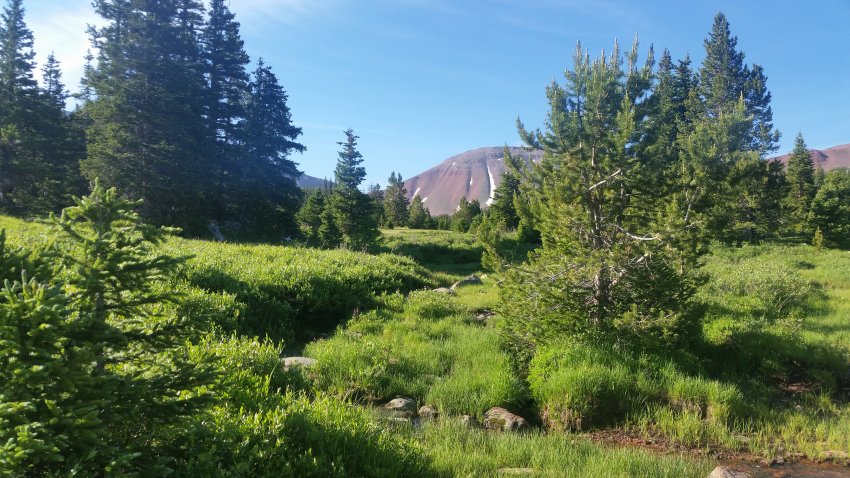 Cresting Squaw Pass, I got my first peep of Oweep Basin. The only other time I'd been here was in a thick fog on the Highline Trail, de facto herding a bunch of cantankerous sheep as they pooped their way down the trail. This morning, by contrast, was beautiful. 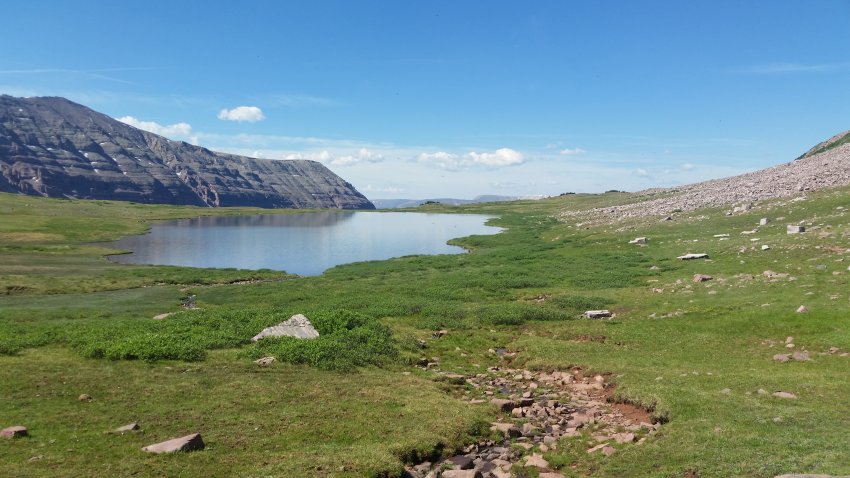 Heading west, eventually converging with the Highline Trail, I climbed the steep west slope of Porcupine Pass. The views of Oweep Basin to the west were matched only by the sight of North Star lake to the east. What a place! 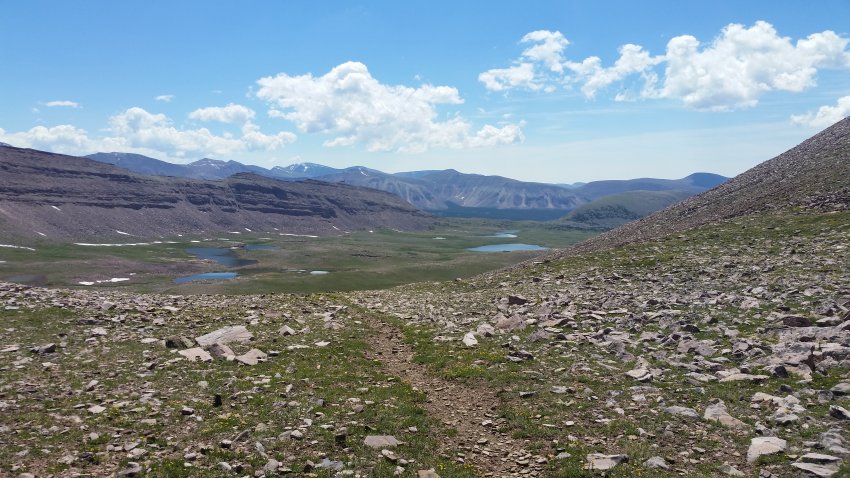 Clouds started to build slowly, but rain didn't threaten. I pushed on, past North Star and over the most pathetic pass in the Uintas, Tungsten Pass. 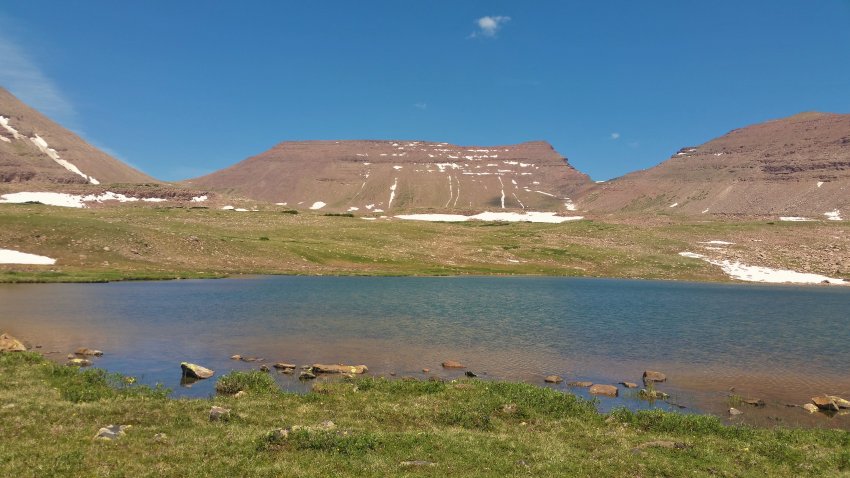 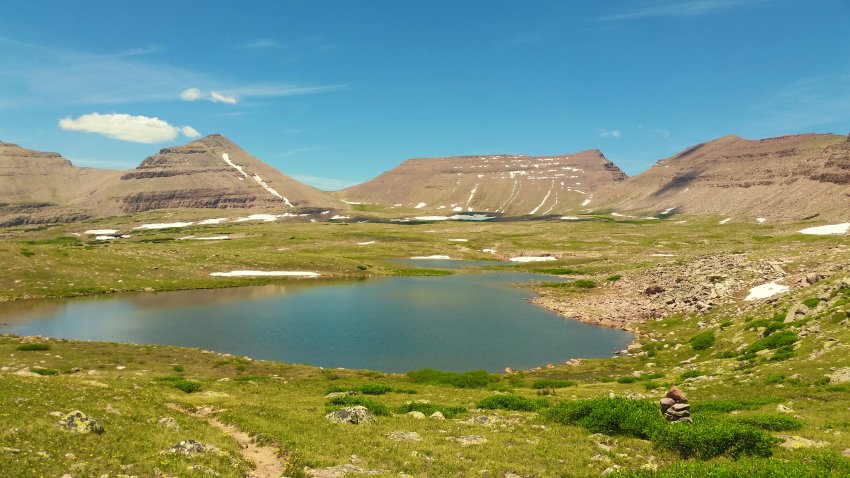 I spied Kings Peak looming in the distance as I worked my way northward, off-trail. It appeared to be overshadowed by its neighbor, South Kings. it's easy to imagine why South Kings was formerly thought to be Utah's highest. 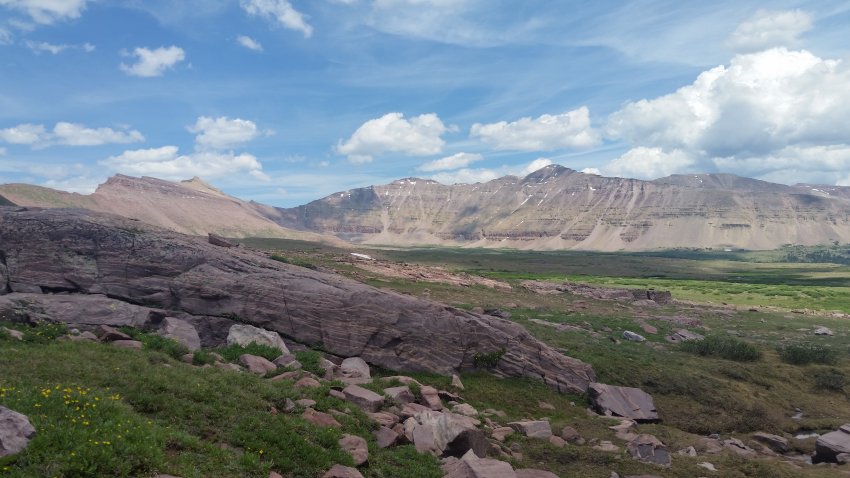 I considered popping over to tag Kings, but it was 3:00 in the afternoon - not an ideal time to be on a 13,000 foot summit, even in good weather. Plus, I had to be back for church on Sunday morning and still had plenty of miles to do. I skipped it. Next time.

Continuing north, I was intrigued by an off-trail valley leading to what looked like a pass on the northwest side of Wilson Peak. I followed a cheery little stream up the valley. 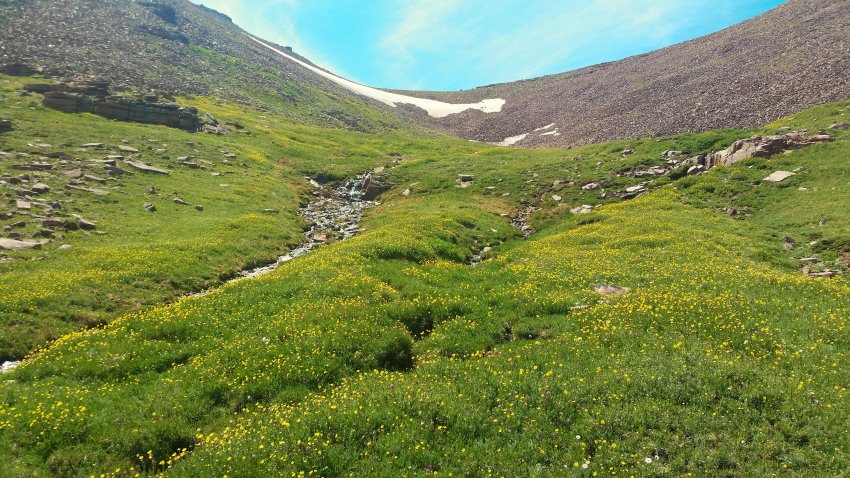 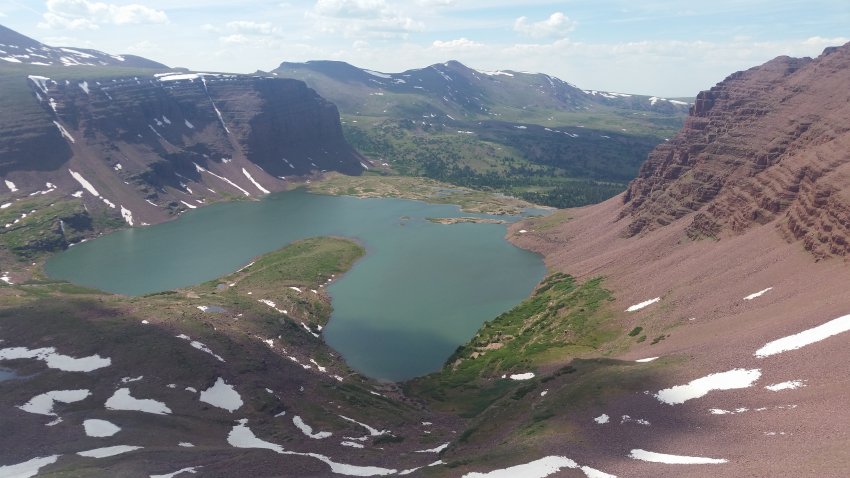 Am I the only one who thinks that Upper Red Castle Lake looks like a giant toilet seat? At any rate, I scrambled up the peak to my north, some 12k unnamed peak just south of Red Castle itself. I enjoyed more great views of the cirque, including the forbidding slopes of Wilson Peak. 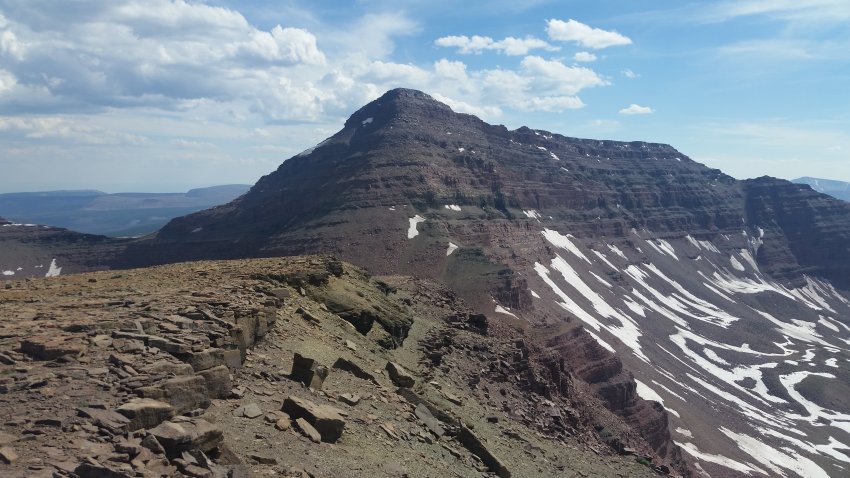 Alas, the shadows were getting a little long in the tooth. I made my way east down the ridge to where Smiths Fork Pass bisects the main Uinta crest. Stop me if you've heard this before, but the views did not suck. 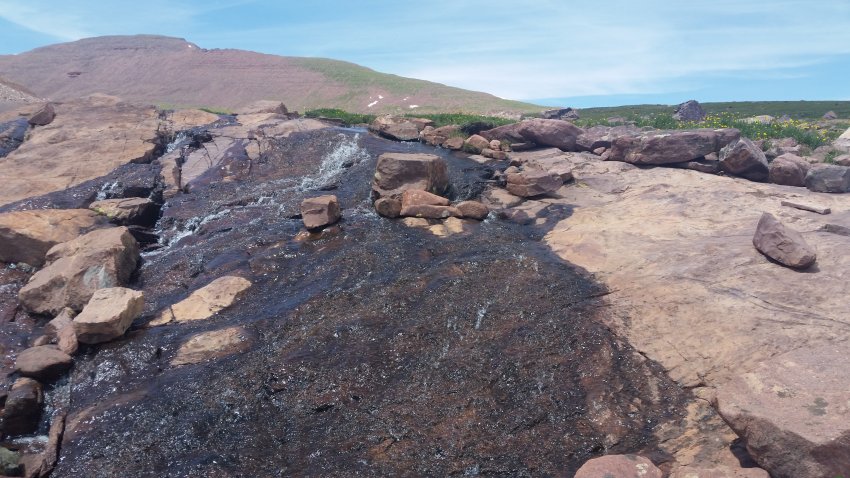 I headed down the north side of Smiths Fork pass, toward Red Castle Lake. I pulled up maybe a mile before the turnoff to the lake. A long day, but a good day. Four passes. And made possible only by favorable weather. And DEET.

The next morning dawned equally beautifully. I packed up at first light again and soon encountered the spur trail to Red Castle Lake. I lingered in an expansive meadow in the early morning light. 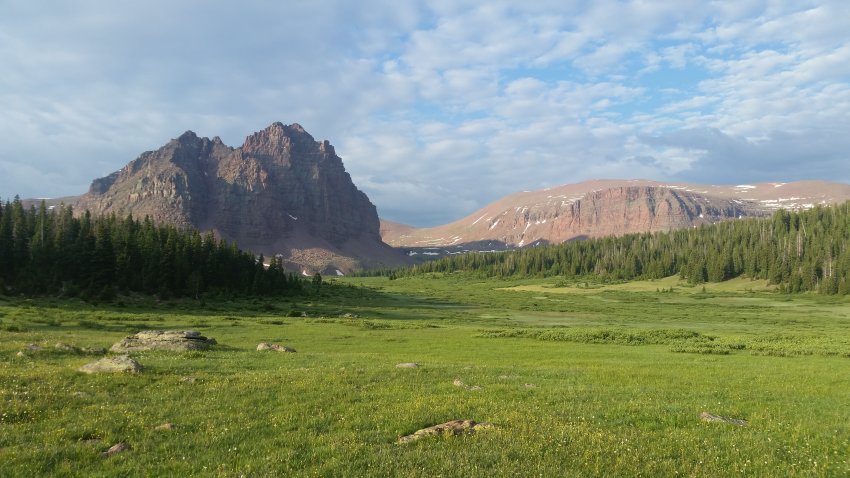 I pressed on down the spur trail past a couple dozen tents (most of whose occupants were happy visitors to the Land of Nod) toward Lower Red Castle Lake. 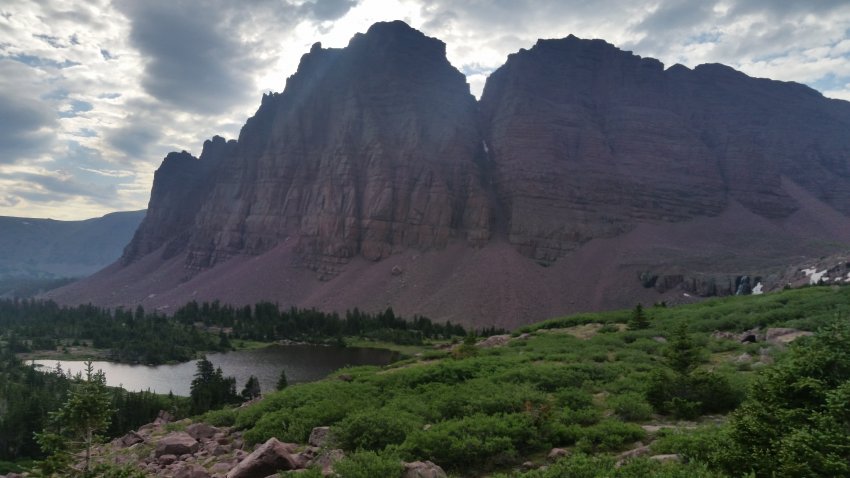 I poked around the upper lake as well before heading back down. To the southeast, I took a gander at the top of the pass that I'd stood at the day before, admiring the giant toilet in which I now stood. 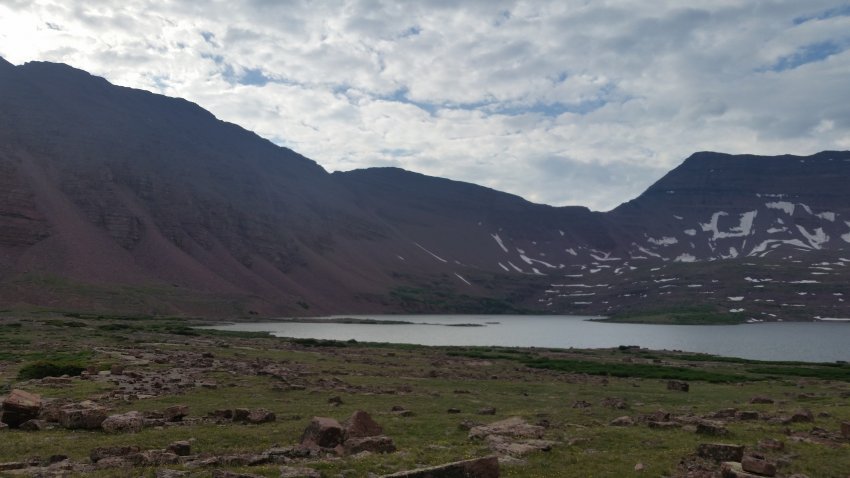 But time was wasting, and I needed to get back home. As I trudged through a basin and over Bald Mountain, a little rain and wind began to pick up. This didn't bother me, as I'd gotten torched the previous day, and the cool water felt good on my scorched skin. But I made good time in the dicey weather, and arrived at my car mid-afternoon. 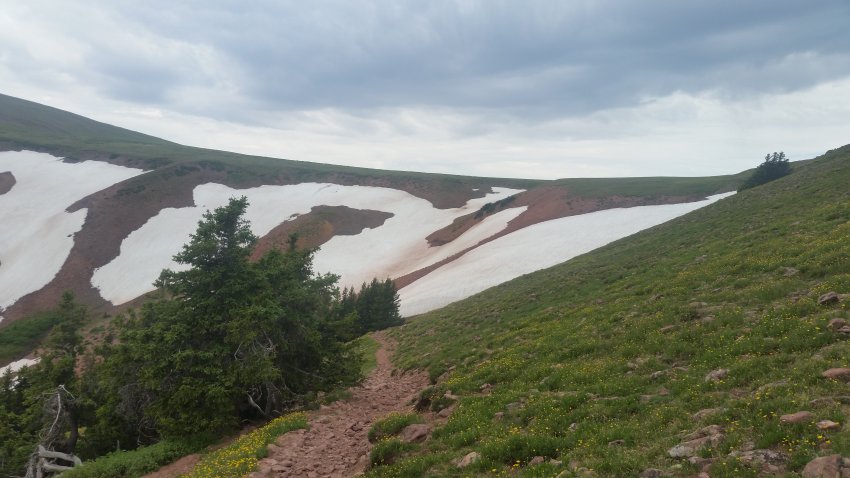 Everyone's got their own opinion, but this loop offered more "bang for the buck" than anything I've hiked in the Uintas. Hardly a dull mile to be found. This Trip Report was inspired by @jdfut66 and his excellent TR, as well as Dr. Ned's followup. 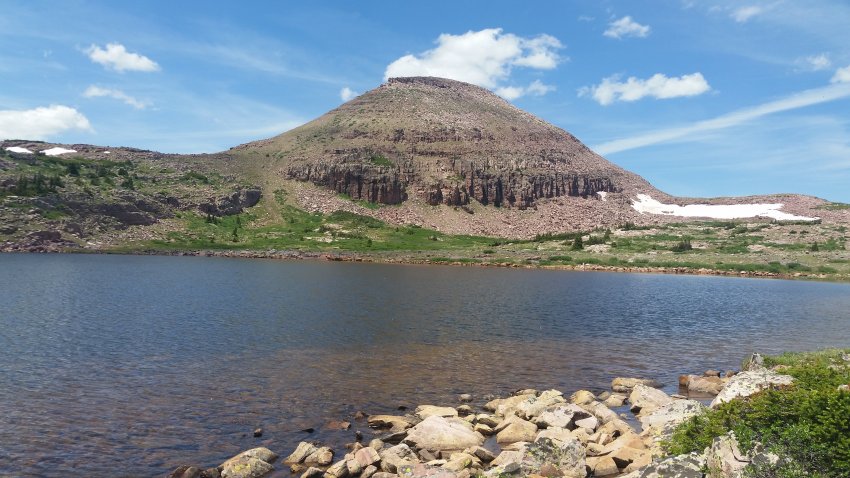 thanks, this was cool. i think i remember you mentioning this trip close to when you did it. i think you referenced a lobster.
i love this site

I like it when @Ben guilts you into posting trip reports.

Also, are your GPS tracks flipping us off? (https://backcountrypost.com/threads/gps-doodles.7435/) 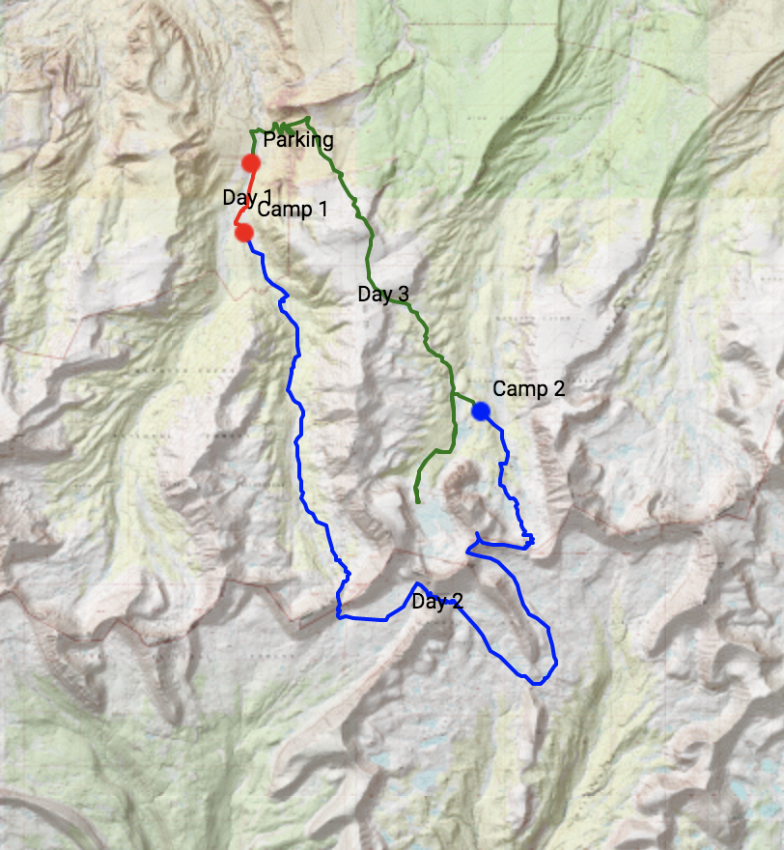 Haha, I automatically thought "Lungs" instead of toilet seat, but you know, everyone's different.

LarryBoy said:
Am I the only one who thinks that Upper Red Castle Lake looks like a giant toilet seat?
Click to expand...

I will always think this when I see that lake on maps now.

Great report! I hadn't been itching to get back to the Uintas quite yet, but now I am. Too bad it's February.

Ben said:
thanks, this was cool. i think i remember you mentioning this trip close to when you did it. i think you referenced a lobster.
Click to expand...

It's funny, the good memories of beautiful scenery and great weather stick with me a lot more vividly than how badly I got burned. Perhaps none of us actually like hiking, it's just our brains hijack the memories afterwards

Miya said:
Haha, I automatically thought "Lungs" instead of toilet seat, but you know, everyone's different.

Your visuals are so much more uplifting than mine are. Sorry @Jackson

Nick said:
I like it when @Ben guilts you into posting trip reports.

Also, are your GPS tracks flipping us off? (https://backcountrypost.com/threads/gps-doodles.7435/) 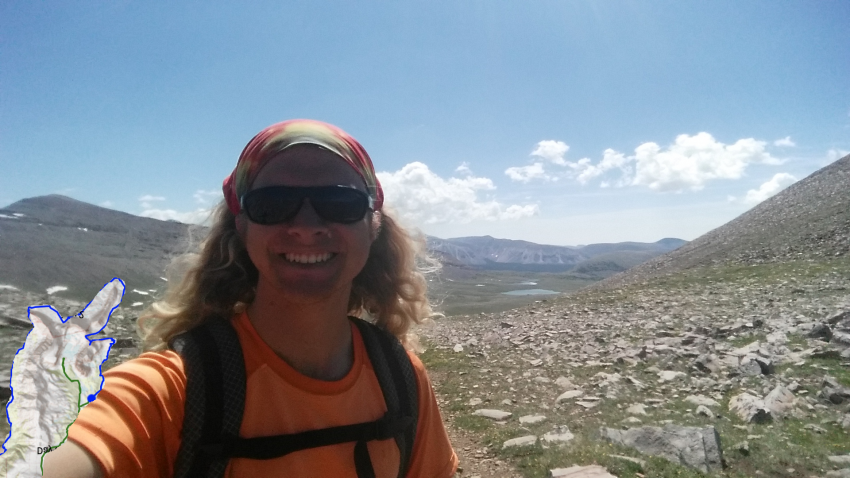 LarryBoy said:
Your visuals are so much more uplifting than mine are. Sorry @Jackson
Click to expand...

Haha I think your idea is valid. Maybe you are just really missing indoor plumbing by the time you make it to that point.

That’s one beautiful toilet seat. Great read. I like the sharing, storytelling @LarryBoy. I’m going to add this to my hopefully maybe one day not too far away list.

Oh, you devil. Now I am really hating this faux, late re-starting winter. I needs me some high mountains!
Art
You must log in or register to reply here.
Similar threads