I just got back from Iceland today (my luggage was not so lucky) so I thought I would post some pictures I got of the aurora. I rented a fast lens and borrowed a better camera so that I could get some good photos. The plan was to spend the first two days out in the mountains where the skies would be dark and the moon was in the early waxing stages. Unfortunately, the Iceland winter didn't cooperate, and we had snow storms both nights. The next two nights were to be spent in Reykjavik, but I figured we would just drive outside of town if the weather cleared up. The last night in town the forecast was looking good. The lights are supposed to be better after midnight, so I planned to drive out of town around 11 pm. Well, around 9 pm I got bored so we just took off for a walk around town. About 9:45 the aurora just took off. Luckily, I had my camera gear, but unfortunately we were in the city and the moon was bright.

So, that's just the background to explain why the photos aren't any better than they are. I'm still happy with them considering the circumstances. And I'm just happy to have seen them.

Iceland is great. In fact, now we want to go back in the summer so we can do some backpacking. 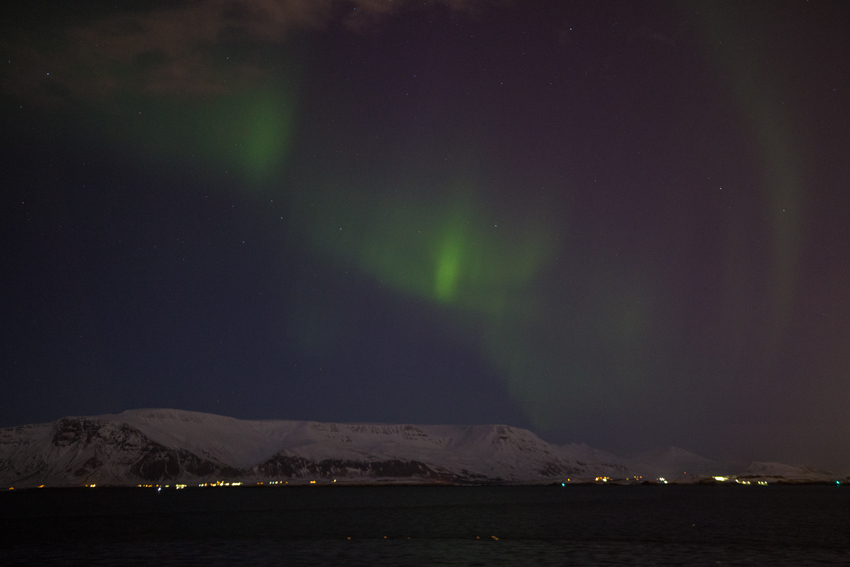 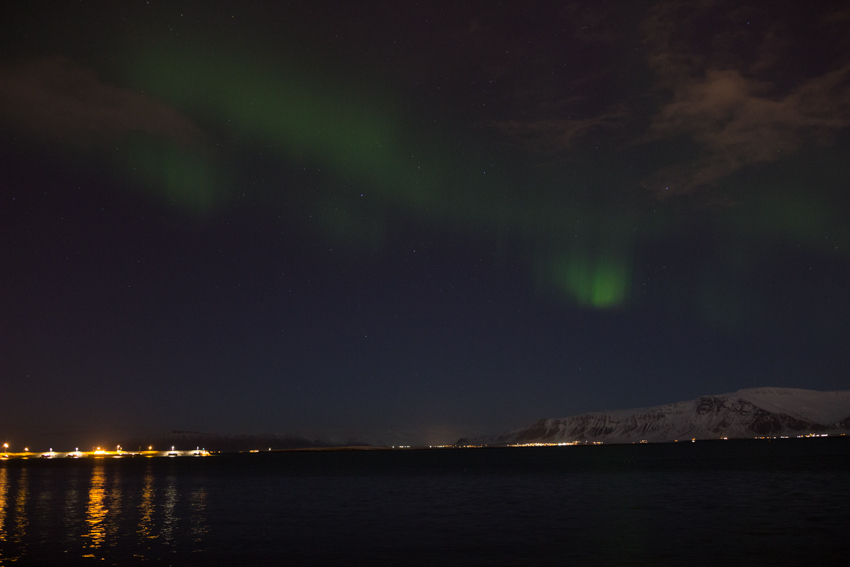 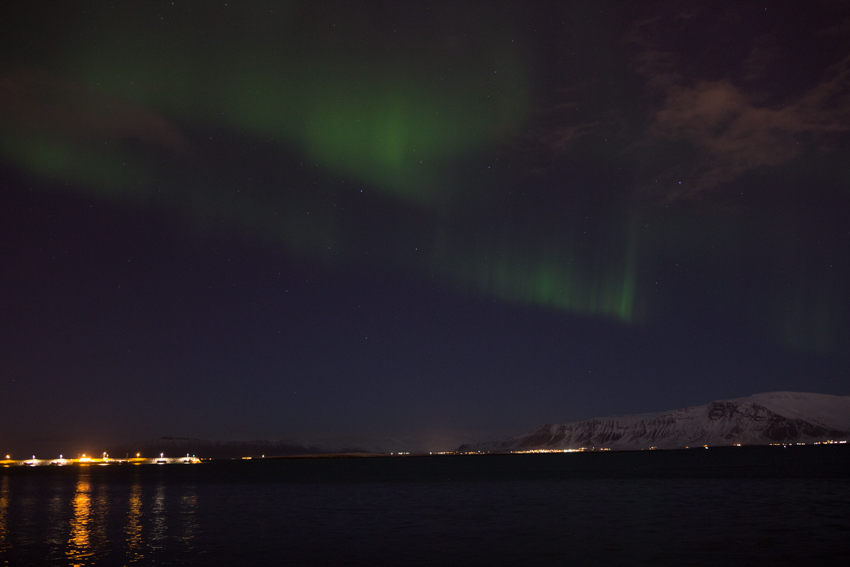 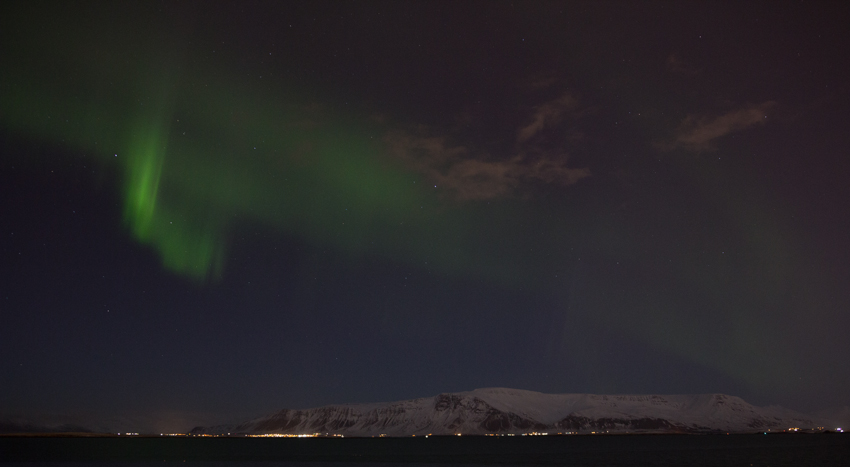 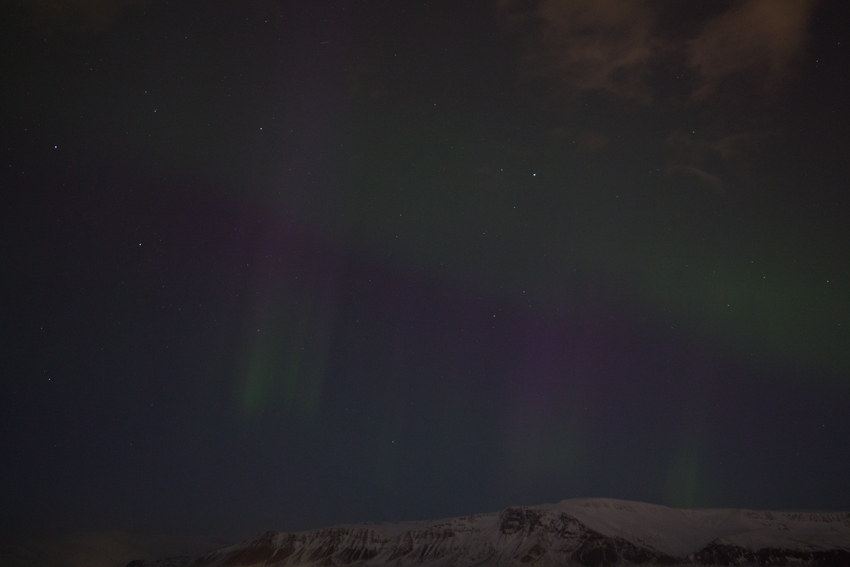 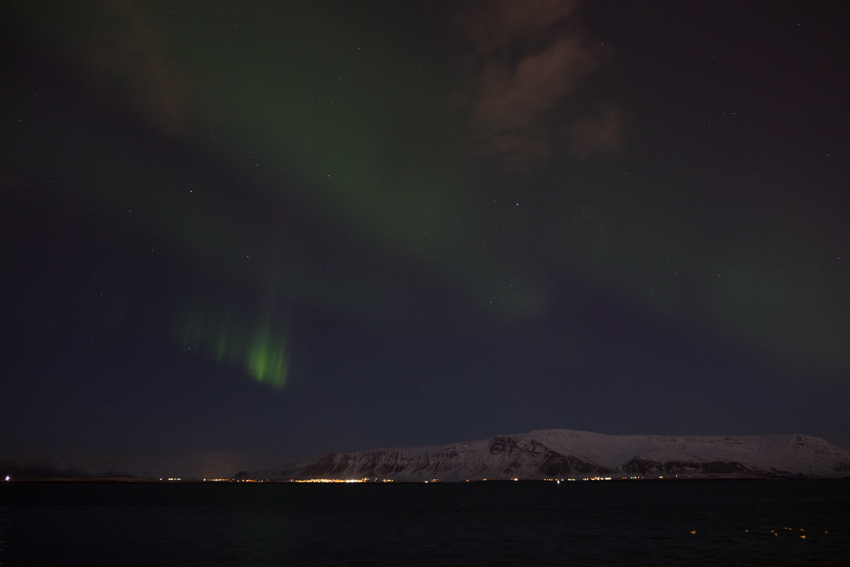 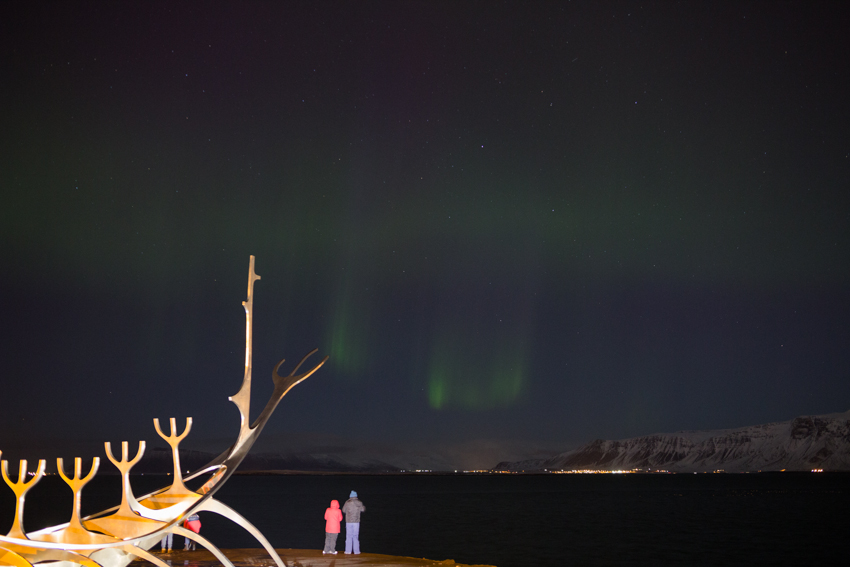 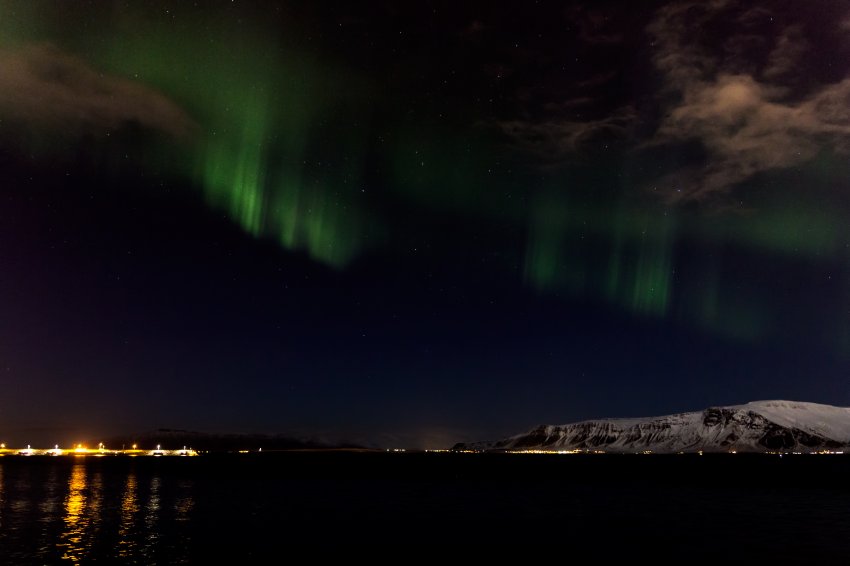 awesome. what were the temperatures like.
i love this site

Cold. The snow storms had some awful winds in them, making it that much colder. They've had one of the worst winters in 20 years, so everyone said it normally wouldn't have been that bad in late March. I tried to thread the needle on length of night, weather, and aurora activity. Unfortunately, the winter was worse than usual so the weather part didn't work out as well as hoped.

We have about $1,000 worth of cold weather gear lost somewhere in Canada. I'm about to get nervous about it.

Killer man. Totally jealous. Too bad you only had a Sony to capture it with though.

I borrowed a Canon!

There was no way the mirrorless could have done anything out there. Maybe with an A-mount lens, but certainly not with an E-mount.

Haha! Were those really taken with a Canon? What one? What lens? I was actually thinking they looked pretty dang good, but I gotta rip on the Sony every chance I get.

It was a 60D. I rented a Sigma 18-35mm f/1.8. All of those pictures were taken at ISO 800 but I feel like they have more noise in them than I expected. But part of the problem is probably that there were clusters of bright lights off in the distance on the right side, and the bulk of the city lights and the waxing moon were behind me. I think that just made the sky lots of different shades.

I could also be influenced by the fact that I haven't slept in two days.

They don't look very noisy to me. At least nothing that a bit of reduction in post wouldn't knock right out.

so jealous!! Seeing an Aurora is one of my lifetime dreams. Probably not going to happen in Iceland, but hopefully one day in Alaska.
DId you had to wait for a few days to see threaurora or were you just lucky and it was clear enough without any weather related issues.
http://yvonnebaurphoto.smugmug.com/

Miss Buffalo said:
DId you had to wait for a few days to see threaurora or were you just lucky and it was clear enough without any weather related issues.
Click to expand...

No, we had all kinds of weather fun and we just got lucky and were able to see them our last day there. I always figured I would go to Alaska to see them, too. But then I got a wild hair and decided I wanted to see them in Iceland! I'm really glad we went there...Iceland really is cool.

Thanks for the inspiration! On my list of 'musts' the aurora and Iceland are there. I'm jealous. Thank you for sharing. I hope you find your gear.

So Cool!! Like Miss Buffalo said, the aurora is something that I really need to see one day.

We're headed to Iceland in June, but the sun will be up most the day, so we won't be seeing it.

Way to go Keith! Glad to see you are getting out. Your pictures look pretty great to me.
Art 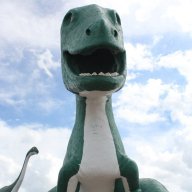 Seeing the aurora is also on my lifetime to-do list. So cool!

I talked my husband into taking our honeymoon in Iceland, rather than visiting that other volcanic island (Hawaii). There's some awesome hiking there, especially in the summer when you can access the highlands.
You must log in or register to reply here.