I just picked up a 6D for video

I picked up a 6d today to add to my arsenal. I've shot video with a 6d before, and I didn't fall in love. The price is cheap enough that it'll hold me over for a while. The full frame sensor really helps with DOF, wide angles (VERY important to me), and low noise (also very important to me).

I unboxed it, popped a memory card in, charged it, and headed to film. I haven't even begun to adjust stuff in the menus yet. Although it's missing a ton of features I'd love like a moire filter, flippy, touchy screen, I don't want the mirror, and i want wifi that actually works in video mode (GoPro figured it out, but Canon hasn't figured it out yet), I'm pretty happy with the video it produces. Sure, there are sharper bodies out there, and I plan on getting an a7s mkII once it comes out (if the rumors are true), but for now this will do just fine.

I was going for a more cinematic look, but I have a lot to learn about color correction. I think it looks a little washed out. Before color correction the colors were a lot more vibrant.


And I really dig the pics it takes. I shoot in raw and jpeg, but this jpeg right put of the camera looked great to me. 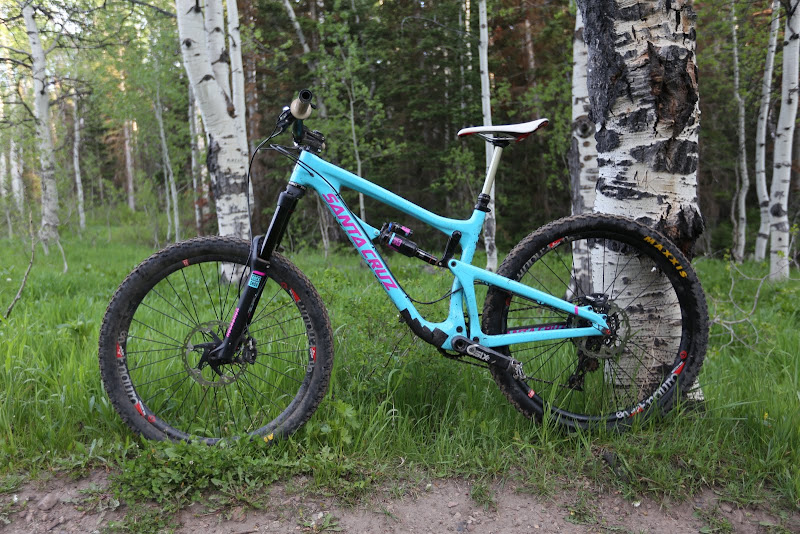 Looks good to me!

Bit of a coincidence - I've got a 6D too, although it seems you know a lot more about photography than me. It was my first DSLR

I can promise you that I do not know a lot about photography. I'm learning about the video end of things, and a lot of that translates to photography, but I am far from a professional photographer. 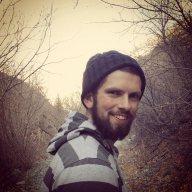 I'd love to see how it works in low light settings. I can't decide between the 6D, the GH4 and the A7s.

What made you go for the 6D?

It's funny, I ordered my first 6D the day it was available and am now on my second body, but have never touched the video settings on either
Randy Langstraat | ADVENTR.co

WillisBodillus said:
I'd love to see how it works in low light settings. I can't decide between the 6D, the GH4 and the A7s.

What made you go for the 6D?

For sharpness, features, ease of use, and actually being designed as a video camera, the gh4 wins. If this camera were a full frame camera I would have bought it immediately. I need wider angles with a shallower dof, so I didn't go with the gh4. I also didn't love the low light performance of my t3i once the Iso was above 800. So I realized this would be even worse with a small sensor on a mft. On a bright day, a gh4 or t3i would be every bit as good as my 6d.

For low light the Sony destroys any other camera, but it's got quite a few limitations and a small lens selection unless you buy a $500 adapter. Focus speed is slow too. Hopefully the a7sii fixes a lot of these issues, but I'm guessing it still won't have a flippy screen, which is a major limitation on a video camera.

The 6d is cheap, has a fantastic lens selection, pretty good low light capability, full frame so i could get wider shots and shallow dof, and has great colors. I'm not that good at color grading, so I was worried about the Sony looking bad in my videos. I wish I had a headphone jack on the 6D so I could monitor audio as I shoot. I'll have to get an adapter. I had a shoot yesterday, and the talent kept bumping the lapel mic. I didn't notice till I was in post and it was too late. No focus peaking without magic lantern is also a bummer, but thank goodness for magic lantern. My 6d isn't always in focus like it says it is. My 6d isn't the idea camera, but I figure even with a $100k camera, the weakest link is still what's behind the viewfinder: me.

It's easy to over analyze everything, and you should definitely do a lot of research before spending over $3k on gear, but in the end ypur viewers aren't going to be looking for noise or color grading in your videos; they're more interested in the content.

One more thought. 4k is awesome, but it's going to take a serious computer to be able to edit all that footage.

Also, people have been shooting witg 5 m2s for years and we never complained about the video quality back then. I need to work on my editing, planning, and shooting skills more than I need to spend another $3k on lenses and bodies.

The more video I shoot, the more impressed I am with my GoPros.
Last edited: Jun 7, 2015

WillisBodillus said:
The 20MP on the 6D is inviting... but the ISO on the A7s is almost too tempting.... dang!
Click to expand...

Don't put too much emphasis on the mp rating, especially for video. The codecs and compression used is more important.

I've been playing around with the gopro a lot, and I want to start getting other gear for it, but I almost want to just put that money toward a monster camera. Like sliders, glidecams and such.

Yeah, I'm tempted to get a ton of stuff too, but I'm finding the more gear I get, the more of an ordeal it becomes to just go out and shoot a simple video.

I have a Chinese glide cam that's pretty cool, and I've used it a bit. I would like a slider too, but I'm torn on what to get. I just want a simple, sleek rig that I can easily take to the shoot without needing 5 trips to the car.

Yeah, I think I need to pick your brain over a hike or something. You've done quite a bit more research than I have. It's a very hard decision.

Have you hiked Kings Peak yet? I love that hike so much that I'd love to plan a hike there soon. A 2 or 3 day hike. I imagine early July would be nice.

Not yet. I might be game for that.
T

I keep jumping back and forth on buying a 6D, continuing to pinch my pennies and and buy a 5dsr or hold out a little longer and wait for something like a 6D MKII. I don't shoot video so I don't care so much about the video function, I just want a good full frame body. I let my girlfriend shoot video, that's her thing. Although I keep thinking about diving into it too...

Your video looks good man! Personally, Im a fan of the washed out colors look.

I know MP aren't everything but when you compare the full size images from something like a 5DSR or Nikon D810 with (which also lack the anti aliasing and optical low pass filter) to the 12 MP images of something like a D700 the differences are obvious. The detail in the images produced by these two cameras is absolutely astonishing, especially seeing as I like to print larger ish prints.

What I would really like to see is them stuff the 50 MP 5DSR sensor into the 6D body and price. I don't care about high ISO performance, I never shoot higher than about ISO 1200 and I typically shoot off a tripod when it's dark anyway so I'm shooting at ISO 100. One of the things really appealing to me about the 6D is the size and weight.

6Ds are fantastic for photo. Canon seems to always protect their highest end models. They don't like to put the best features in their cheaper cameras, or nobody would buy the expensive ones.

With the new announcements of the Sony A7R II, I'm going to return the 6D. The A7R II has just about everything I need/want: internal image stabilization, internal 4k video recording, full frame, bigger screen, and the improved ergos of the a7 II. The video world is about to get blown away by this camera.
You must log in or register to reply here.
Similar threads