How do we get Neil Peart to join BCP?

I'm sure many of you can relate to this...

Wife falls asleep early... you start thinking about an upcoming trip... and before you know it, you're laying in bed with maps unfurled, a stack of guidebooks on your night stand, and you start rummaging through old BCP trip reports and googling strange things like whether that bizarre sounding Grill slash Campground in Hanksville has showers.

I don't recall exactly what I was googling, but in my searching tonight, I came across a trip report of some guy taking a driving/hiking trip in southern Utah. Why am I posting this? Because the trip report was written by Neil Peart!!! The drummer from Rush, and one of the greatest drummers to ever walk this planet.

I've always been a huge Rush fan. Neil Peart is hands down my favorite drummer and they are one of the best bands I've ever seen live.
For those of you that could care less about Rush, I apologize if you spent time reading this. But for anyone else that's a Rush fan, I thought you might get a kick out of his trip report. http://www.neilpeart.net/index.php/space-for-news-items/november-2013-angels-landing/
Last edited: Dec 26, 2015 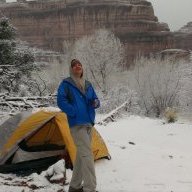 Man I would love to get Neil Peart on here. I love the way he writes, his trip reports would be epic.

Rush is one of the best concerts I've been to as well. The super long drum solo by Peart was incredible. I had no idea he had actually written a report before. Just gotta find a way to send him a personal message! Haha.

Just in case anyone's wondering what it's like when this guy starts banging on the skins.

Was the report written by THE Neil peart or A Neil peart?
i love this site

Ben said:
Was the report written by THE Neil peart or A Neil peart?
Click to expand...

It's definitely a trip report written by THE Neil Peart. Check out the link. 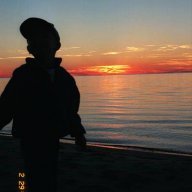 Big Rush fan.
Every time we are out exploring we look real close at the motorcycle riders hoping to run into him.
Kirk Douglas as John W. "Jack" Burns in his favorite movie "lonely are the brave."

Saw Rush in Baltimore back in the late 90's and loved it. Maybe we could pitch in and have Nick send a beanie and stickers to his fan club address or something.

I saw Rush at the San Diego Civic Center in 1975. I was not a big fan, my little brother dragged me along. The sound sucked of course. I was, however, extremely impressed and became a fan after seeing them live, particularly Neil Peart's solos, and overall technique. I had seen Santana's Michael Shrieve, and John Bonham of Led Zeppelin, and Keith Moon right around that time, and thought I had seen the creme de la creme of rock drummers, but Neil Peart eclipsed them IMO. Hope he is lurking around.
Instagram
@gregwattsphotography 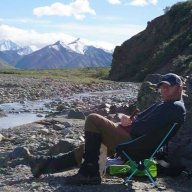 I've seen them a few times my self. Still sound good too. I've been a huge Neil Peart fan for many years. Not only his ability to keep 2 and sometimes 3 beats going at once, but his music and song writing ability too. My personal favorite drummer.

FYI: Don't know how often he checks, or if he will at all, but I sent him a message on FB yesterday with the link to this thread.

I'd be curious to see how many other "famous" people there are that backpack and if they post on internet forums like these. I know the backpacking god showed up here. But a certain someone ran him right outa dodge.
[__]D
J

Been a huge, HUGE rush fan since the first time I heard Tom Sawyer in my grade school days. I missed the last tour due to an ill timed family vacation. Looks like it might be their last, too.

Also a fan of Neil Peart's writing. I've read several of his books.

I had no idea he was an author. I'm going to look into that thanks
You must log in or register to reply here.
Similar threads