I just put a shell on my new Tacoma and to break it in we joined up with some friends for one of the traditional trips to the Island Park area and Hidden Lake in Montana. We spent the first night at a cabin right on the Henry's Fork Snake River in Island Park. It was really awesome to relax and do some fly fishing before heading off to Hidden.

The cabin, as seen from the middle of the Henry's Fork Snake River. 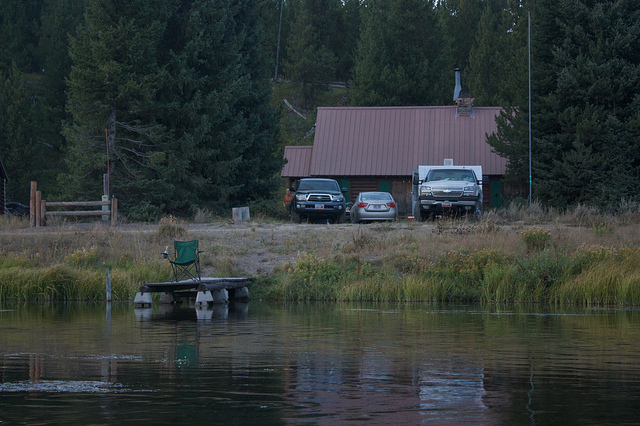 This is me doing a little fly fishing, photo by Audra. 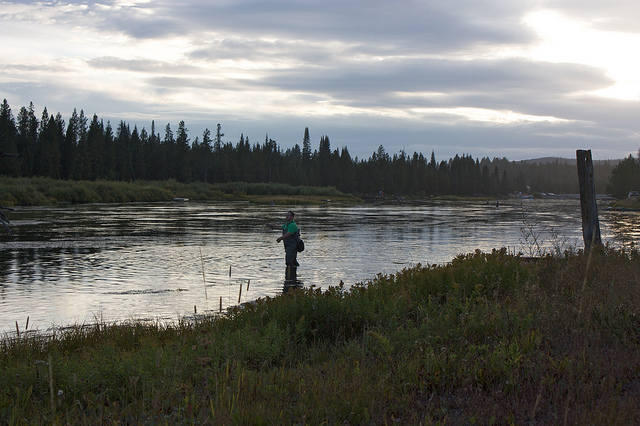 That night we did a little BBQ and just hung out in and out of the cabin. One fun tidbit, sometime well after dark we went outside for some reason and found a skunk literally feet from the front door. Nate's dog Sonny did what he would normally do and attacked it. Needless to say the skunk won and we were all standing in a cloud of the nastiest, most pungent skunk stink I have ever smelled. For future reference, Dawn dish soap works wonders at cleaning skunk stink off of a dog.

The next day we were off to Hidden Lake. Beautiful morning on the Henry. 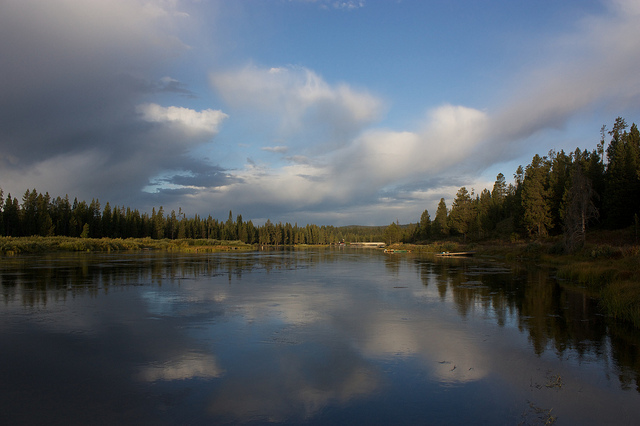 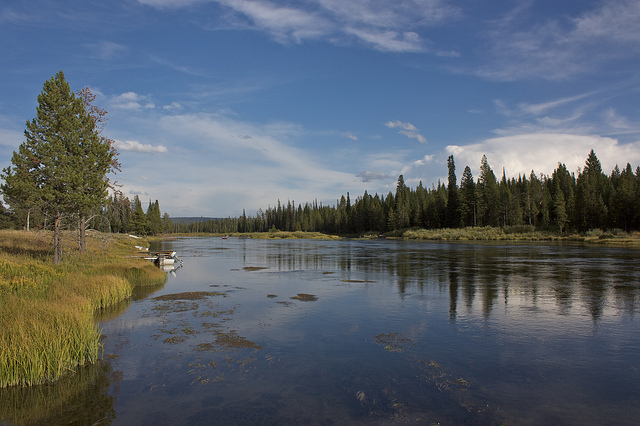 Group shot at the continental divide 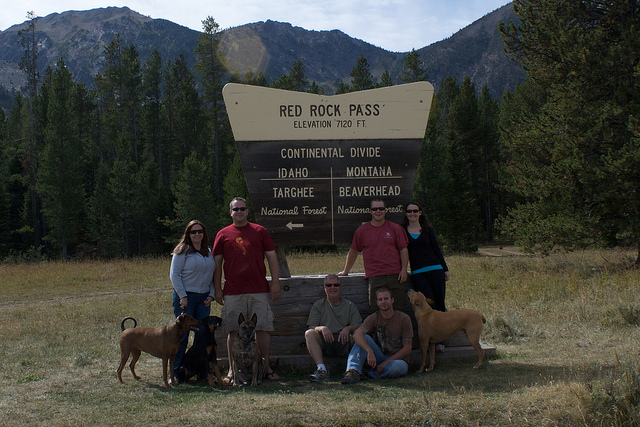 Squeezing the trailer into our camp. Once again we had our usual spot. 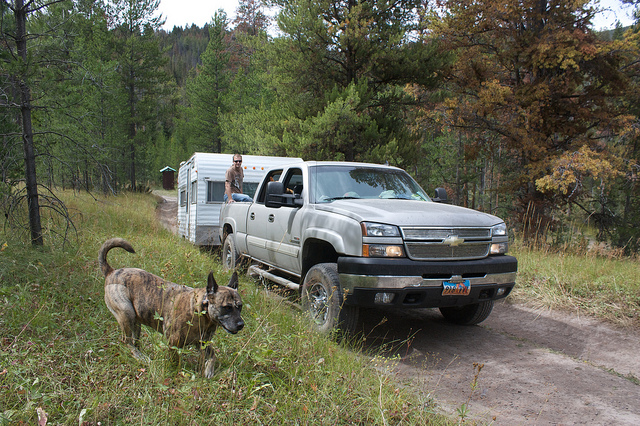 Patina had a hard time learning that walking out on logs can lead to a swim. Nate had to pull her out of the water on this one. 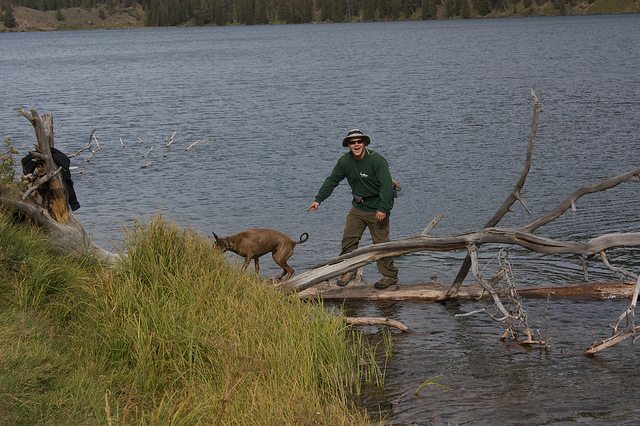 Nikita had just gotten her very expensive TPLO knee surgery a few weeks ago. It was really sketchy to bring her out camping already. We had to put her in a little playpen while in camp to keep her from trying to chase things and we had to leave her in the trailer for the one big hike that we did. 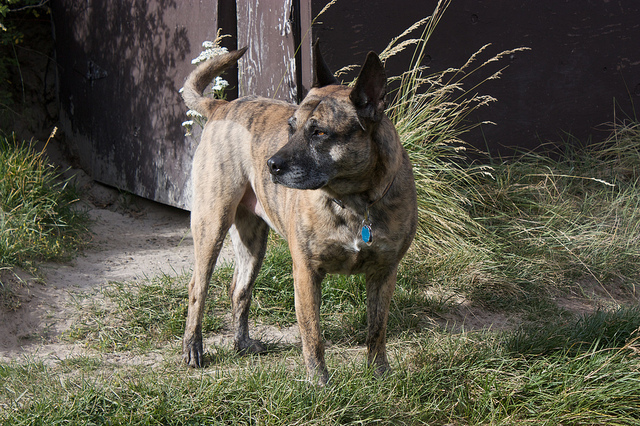 Patina and Teak playing. This was Teak's first camping trip, she was only about 6 months old. 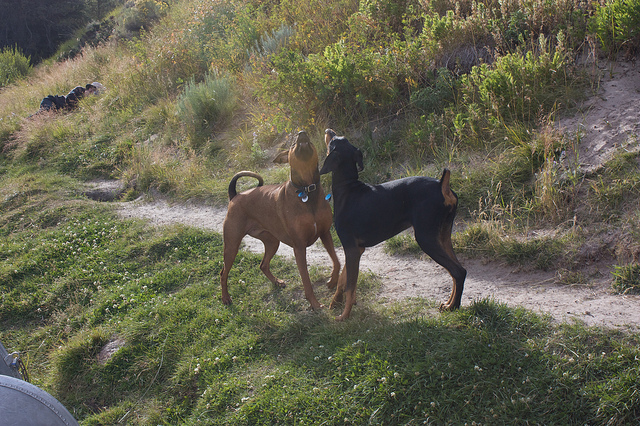 Where are all the fish? 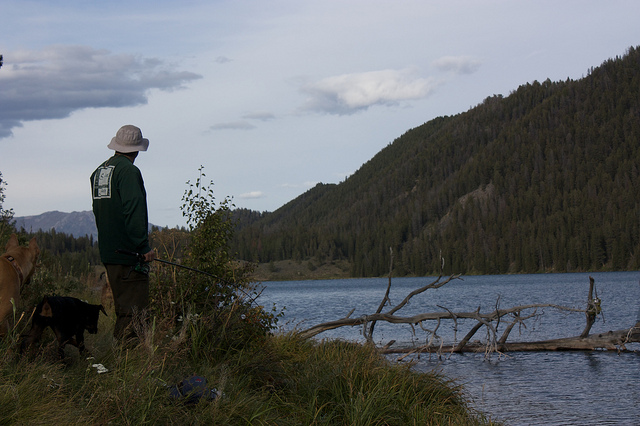 I'm proud to say I split all of that wood myself from deadfall we cut up nearby. 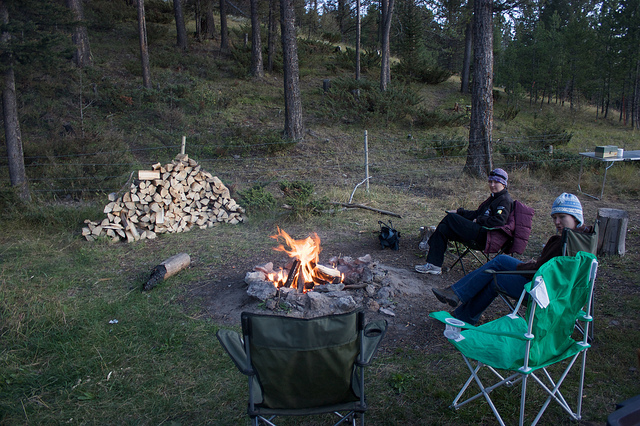 In the morning we hooked up a trolling motor we brought to one of the rented row boats and motored to the other end of the lake to hike to some of the smaller nearby lakes. 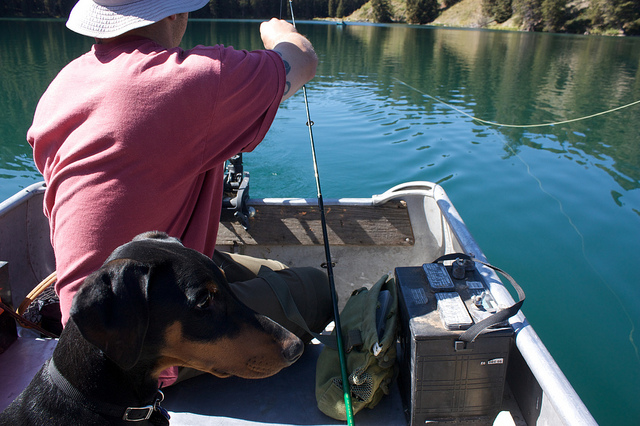 Dan had walked down there earlier in the morning and had already caught some nice trout. 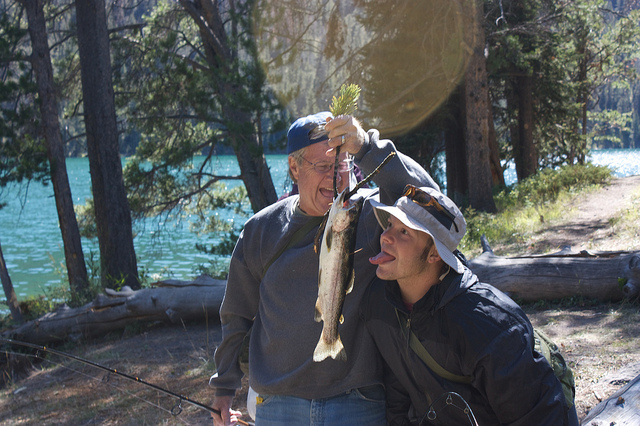 Nate scaring Patina down the trail. 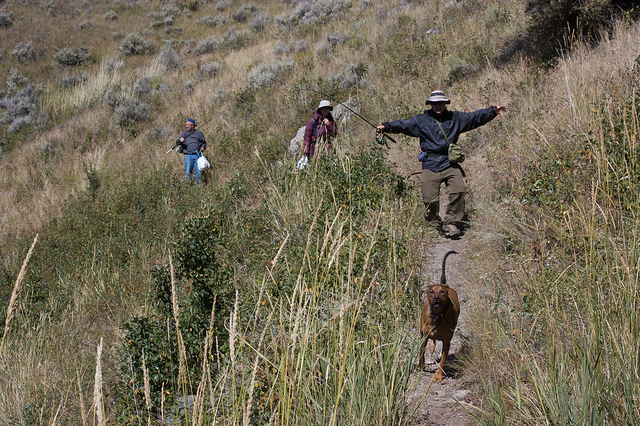 Teak and I doing some fly fishing at Goose Lake. 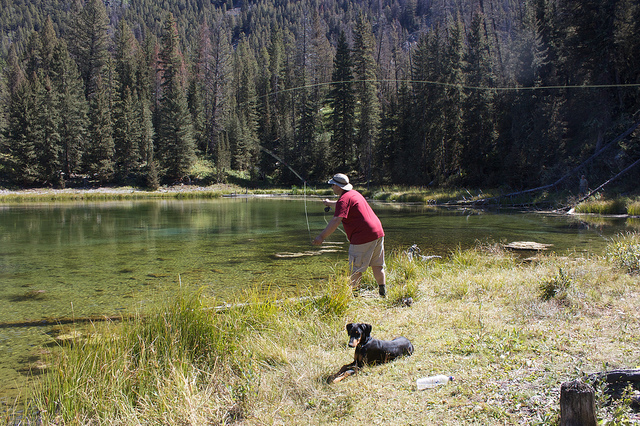 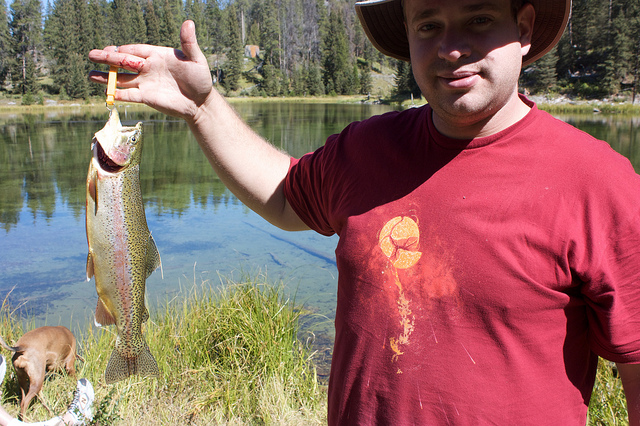 Jeremy, Nate and I taking a break on a nearby rock. 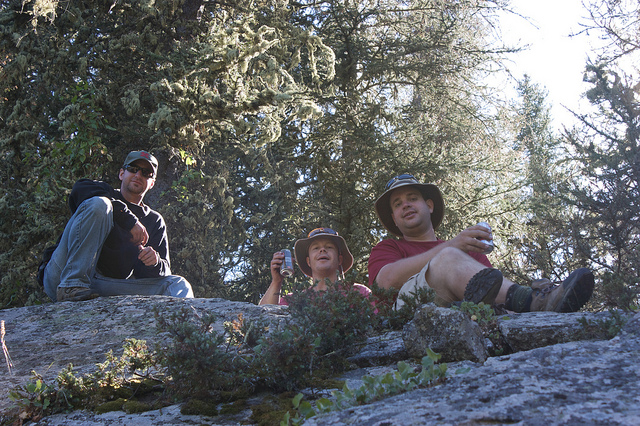 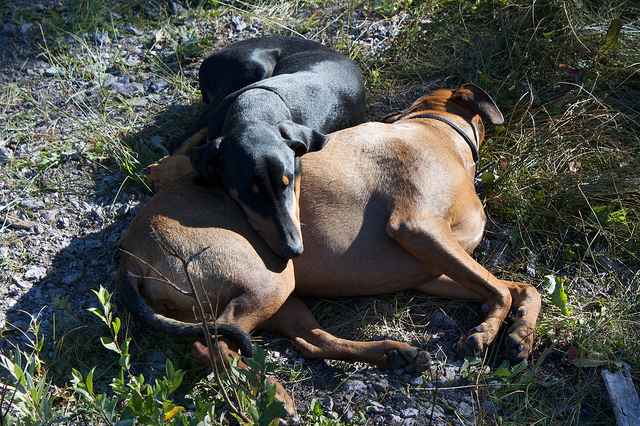 That night we dined on trout again and had another great time around the campfire. The next morning we packed up and made the drive back out past Elk Lake. The road between Elk and Hidden is really nasty, don't assume that since we had a trailer there that you could get one there. I think Dan was a little nuts for driving that thing in. There were a few times where I was parked at the bottom of a steep, rocky hill hoping they didn't roll or something. 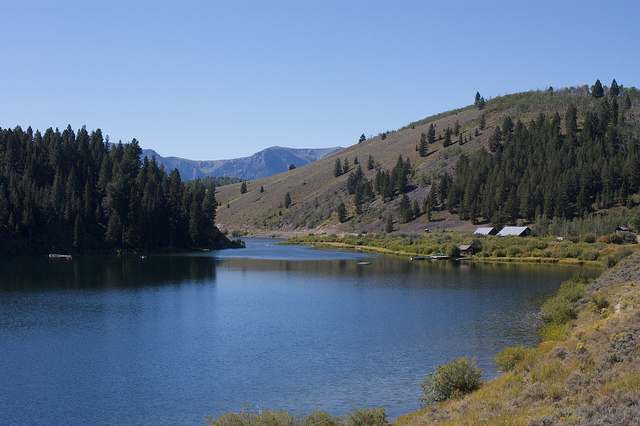 IG: @backcountrypost
You must log in or register to reply here.
Similar threads