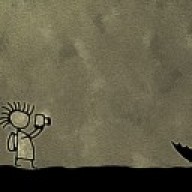 I was invited to hike/climb Grand Teton this weekend via the Owen Spaulding route. I feel comfortable with the climbing bit, but I don't know anything about the camping up there. Where do you camp? Will it be possible to camp in my hammock in the usual places up there? I don't sleep well on the ground, and I don't have an appropriate tent either. I do have a handful of appropriate hammocks and tarps, even a Hennessy with the bug net. Will I need a bug net hammock?
I am told our plan is to leave SLC Saturday morning at 4am, to arrive early enough to get a permit. Then we will camp that night somewhere on the trail/mountain/something. We will determine if a climb to the summit is achievable considering the weather and then return Sunday night.
But, I've only got a small tent that is largely mesh. My hammock weighs less, takes up less room, and probably performs better in the rain because I wouldn't be on the ground. Is it possible?

A friend told me that there is no trees where we are camping, and probably the rocks aren't big enough either, so, that's out.

If anyone has some advice in general for this trip, it's welcome.

I'm sure someone else who has climbed up before can tell you better. But there are several camping zones, and the higher ones are above tree line. I probably wouldn't bring a hammock, unless your camping lower in the canyon. The bugs have been dying out, and at high elevations should be good by now. They were non existent a week ago above 9k. I would say go with out a tent, but we are getting thunderstorms and rain every day, at least that was the forecast. Its suppose to last into the weekend. Bring a bivy bag to put over your sleeping bag if you need it, or just bring a tarp that's bigger than your bag. I would let you borrow one of mine, but ill be out backpacking until Saturday afternoon, so that wouldn't work. Have a great trip!

Judging by your first post you REALLY want to use the hammock but I say no on the hammock. Depending on where you stay will determine what the amenities will be like. Even if rain isn't forecast the Grand range is the most prominent point for hundreds of miles, that should read plan on afternoon showers. You probably have climbing experience to be able to attempt the summit in one day. My thought is that you are going to gain over 7,000 feet elevation on your way. That is difficult to do. Don't bother with a bug net. If you camp close to a body of water like taggart lake, then maybe they'll be worse but this time of year they're dying out.

I would say that if you score a permit to push to the lower saddle campground. It's a great place to acclimatize and prep for the summit push. It's exposed and well above treeline so a tent is nice for staging. At that elevation you shouldn't even see a mosquito. If it does storm be prepared to hunker down as well. The wind of the saddle, even in good weather, can be strong.

I'm jealous. I hope the trip goes well and please post a TR.

It turns out we camped in the Morainal area. It would have been possible, but tricky because of the topography, getting in and out of a hammock could have been downright dangerous. It would have required a fair bit of slings and minding them in case marmots were to take an interest in them. I will try to put together a trip report this week.

A little late on my response, but I was going to post a link to a video showing how a Hennessey can be set up as a bivy on the ground.

Sent from my HTCONE using Tapatalk
You must log in or register to reply here.
Similar threads