I thought about putting this in the “Outdoors News Stories” thread but this article is of a different nature than most of the articles in there, and is amazing enough to deserve it’s own thread imo. (Nick, please move if you see fit).

Besides being a nature lover, I’m also a big sports fan (although you won't need to be a sports fan to appreciate this article). I just read yesterdays feature article on ESPN.com about Daniel Norris, a top pitching prospect for the Blue Jays. It’s a long article but totally worth taking the time to read. When he received his 2 million dollar signing bonus after being drafted in the second round, he bought an old camper van which he lives in, hired a financial adviser to put all his money into safe, long –term investments, and to allot him $800 per month to live off. The article mentions him taking backpacking trips in the appalachians, hiking in Nicaragua, and how he plans to backpack the Canadian Rockies in Banff. It also mentions how during the off-season, he worked 40 hours per week for an outdoor outfitter in his hometown despite having 7 figures in the bank. I like how he can balance a minimalist lifestyle yet is a true professional at his craft. I can’t help but like this guy and root for him. He also wants to become an advocate for major league venues to become more environmentally conscious. Great stuff and I found it to be very inspiring.

Btw - ESPN.com uses this weird format where the pictures don't scroll but the text below will appear if you continue to scroll down using the scroll bar on the right.
Last edited: Mar 6, 2015

That's awesome! That's the way to do it. 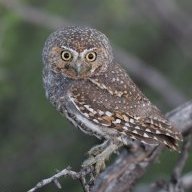 I just saw that today! So great.

Just saw he pitched in spring ball the other day and shaved the beard like he said he would in the article.

Sorry to keep harping on this story but I just saw this and thought it was kinda funny...
http://ftw.usatoday.com/2015/03/r-a-dickey-daniel-norris-van
You must log in or register to reply here.
Similar threads