My eleventh day in Yellowstone was supposed to be a simple drive through the Park to the West Entrance and on home to Salt Lake City, after saying my goodbyes to @wsp_scott and @TractorDoc. Unfortunately, I had something that I had to take care of that had been bugging me for about eight days. You see on September 11th, I had finished my Gneiss Creek trip, stopped for some lunch and brews in West Yellowstone, and since I wasn't meeting @TractorDoc until seven that night, I stopped along the Madison River to checkout the west end of the Old Fountain Stagecoach Road that runs from Lower Geyser Basin, up and over the Madison Plateau, and then joining up with the west entrance road about three miles east of the west entrance to the Park. After locating the old road, I followed it for as long as I could before turning around and heading back to my car. I then drove on to Old Faithful where I discovered that there are actually two flagpoles.

I met @TractorDoc after he figured out which pole was the correct one, and we had dinner before heading back to the cabin to get things ready for our day hike to Aster Lake the next day. As I was packing my day pack, I realized that I couldn't find my Steripen in my regular backpack. Oh no! I was beginning to get this sinking feeling in my stomach. I must have left it at WA1 on Gneiss Creek. After going on a profanity laced tirade , @TractorDoc was able to calm me down with a Circus Peanut. I think I see a trend developing here.

So for the next eight days the thought of the Steripen festered just below the surface. Would it still be there if I hiked back in to get it? Would anyone camp at WA1 for the rest of the year? Even if they did, would they be able to find it? I remembered where I had set it last, and it was in a pretty hard to see location if one was just passing by. Would I have enough energy after the Hayden Valley day hike to get back in to see? All these questions kept running through my head, circus peanuts or not.

Well, on the 18th, I decided to go for it. @wsp_scott had seen the forecast for the day, and it said that it might start raining around one in the afternoon. So I left Old Faithful a little after seven in the morning heading for the Gneiss Creek Trailhead north of West Yellowstone, so that i could get in and back out before the weather turned. After reaching the Grand Loop Road, I almost immediately pull up behind one of the old yellow historic buses, and it's only doing 25 mph! Oh for the love of Pete! Needless to say, it took awhile to get to Madison Junction. Once on the West Entrance Road, I made it about three miles before I hit a bison jam. There was only one bison, but he was walking down the side of the road and everyone wanted to get a picture, so I might as well have stayed behind the yellow bus. I finally reached West Yellowstone and cruised on up to the trailhead. When I pulled into the trailhead, there were two other vehicles present, one truck and one car. I immediately start thinking to myself, "Are they at WA1? Will they have my Steripen?"

As i made my way down the trail, I soon ran into an older couple who were locals and hiked this trail a couple times a week. They informed me, after I had told them of my plight< that they hadn't gone as far as campsite WA1. They also wanted to know what a Steripen was. They then proceeded to tell me that they had seen a bison and three wolves along the trail, two of which were black. Unfortunately, I never saw the wolves or the bison, but it did manage to raise my adrenalin levels slightly.

So after 4.4 miles, I reached the signpost for WA1 where I turned west towards Gneiss Creek and where I had eaten breakfast 8 days ago. As I approached the log that I had been sitting on, I didn't notice it at first, but after getting closer I saw it. Oh be joyful! You see, it was sitting at the end of the log where it had been burned, and was black in color. The case for the Steripen is black also, so it was not immediately recognizable from a distance.

I was happy as a peach on my return to the trailhead.

You know, I pretty sure that if my head was not attached to my body, I'd have left it at WA1 too.

So now all of you get to suffer through an unanticipated trip report covering the same ground of my previous Gneiss Creek report. Sorry!

The colors were not as nice as the first time 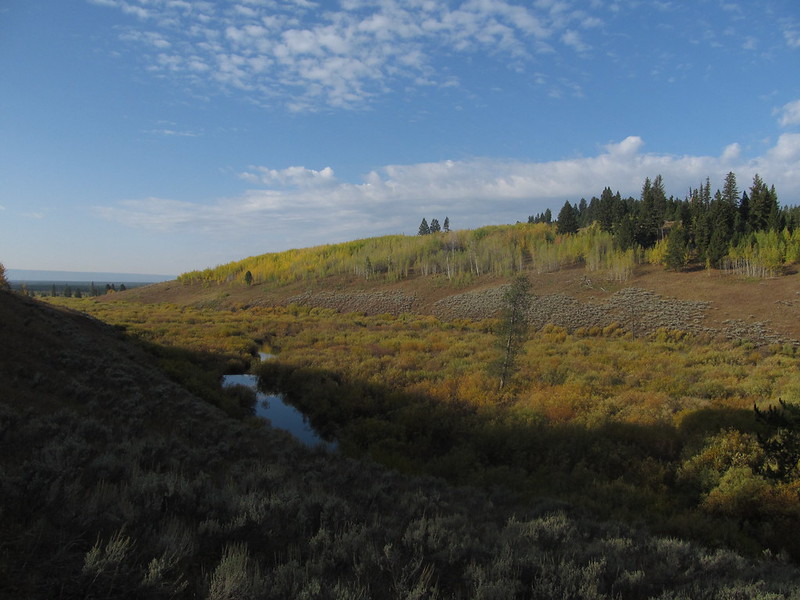 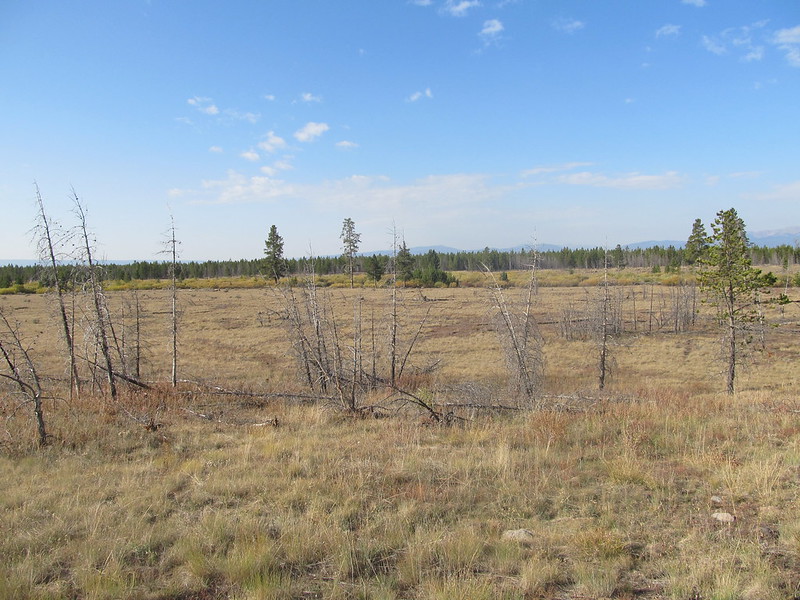 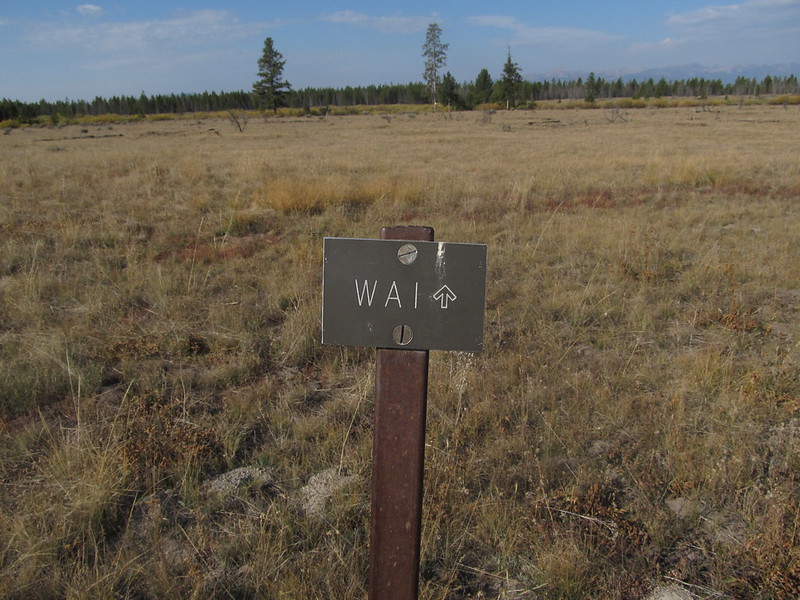 Arriving at WA1. It would be somewhere over by that closest pine tree on the right 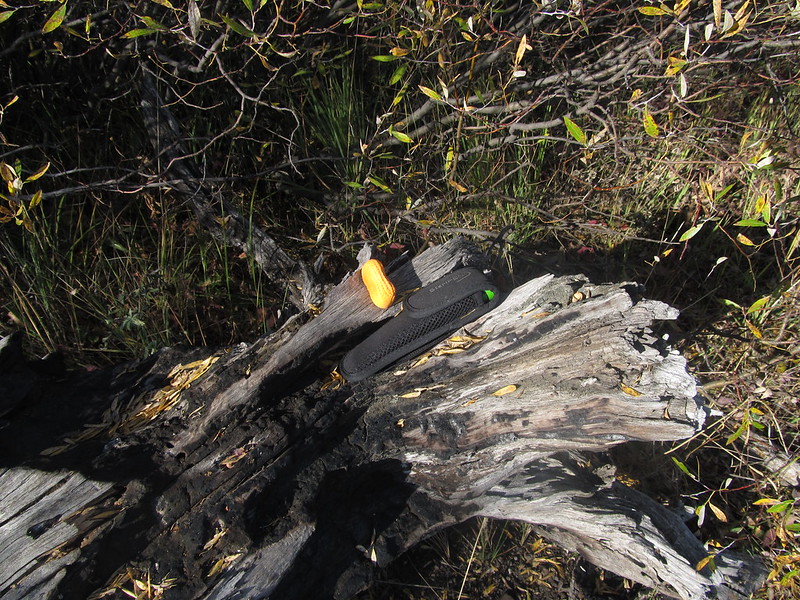 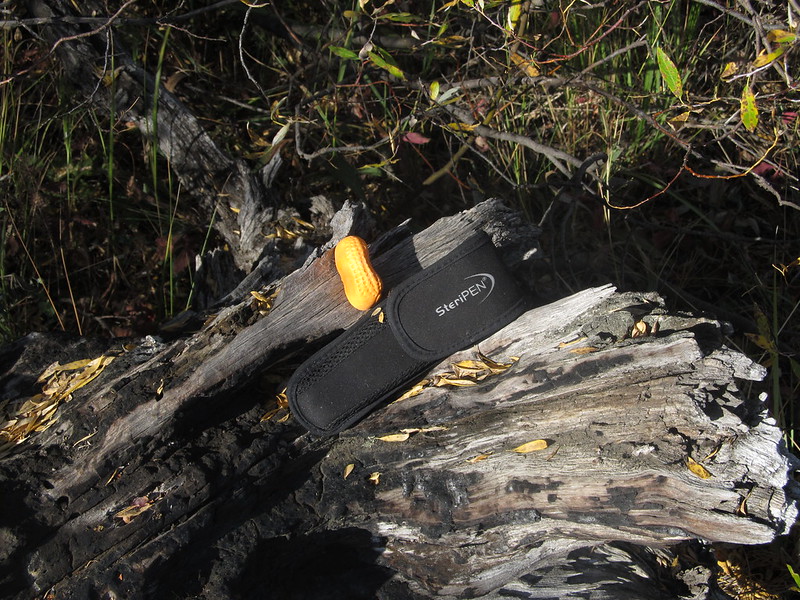 The peanut proves that this is a separate trip, since I got it from @TractorDoc who didn't participate on the first trip 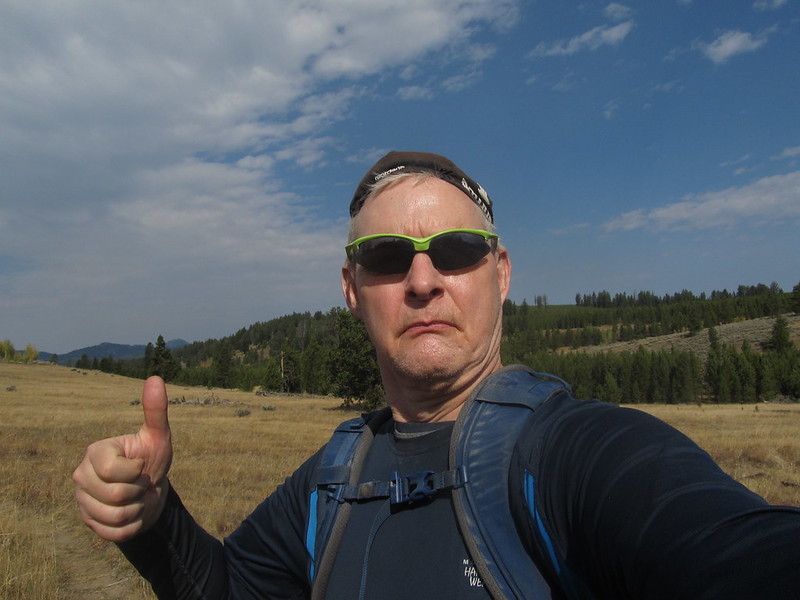 Hallelujah! I should have filmed the Irish jig that ensued. 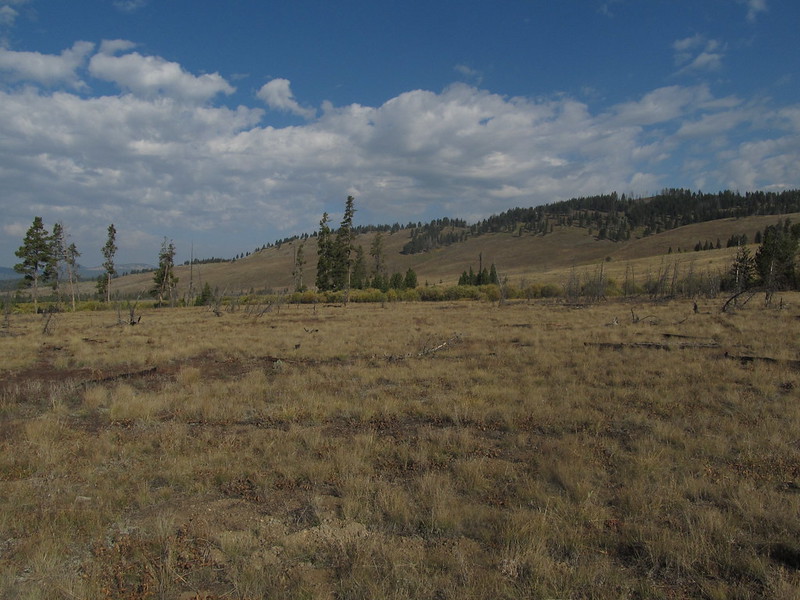 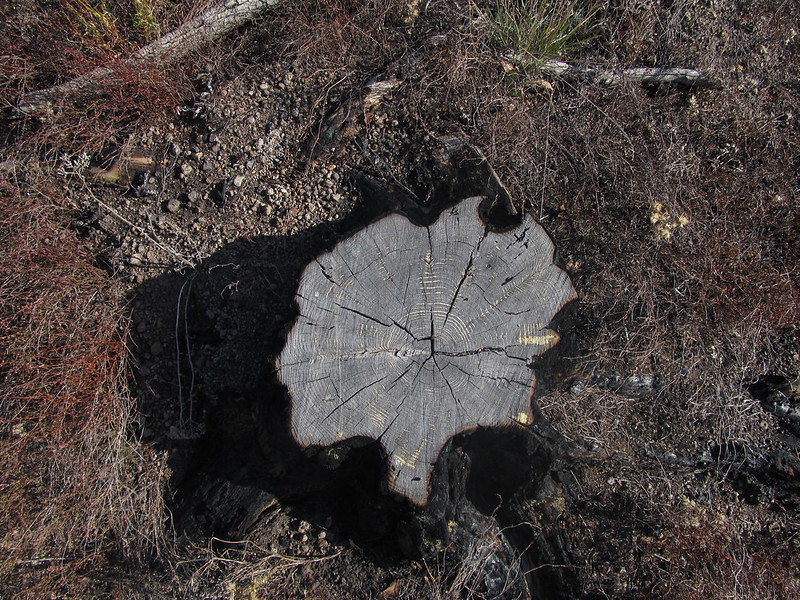 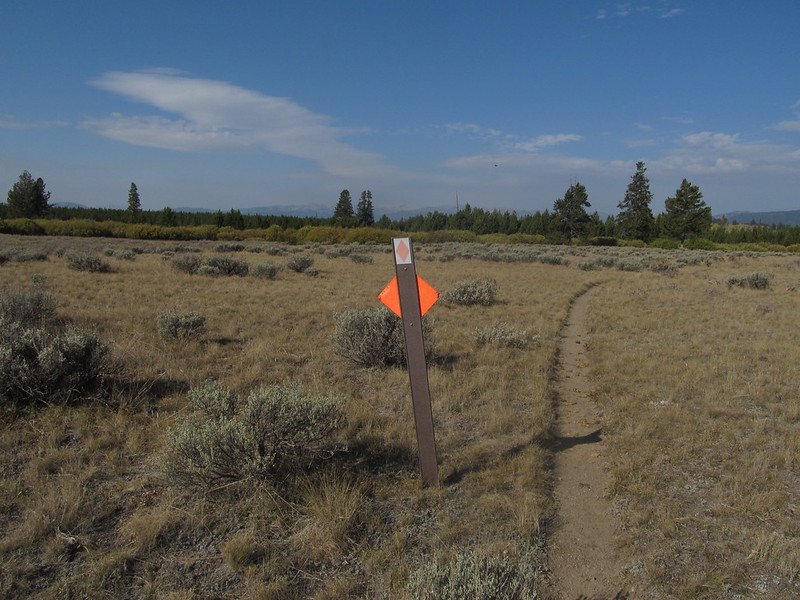 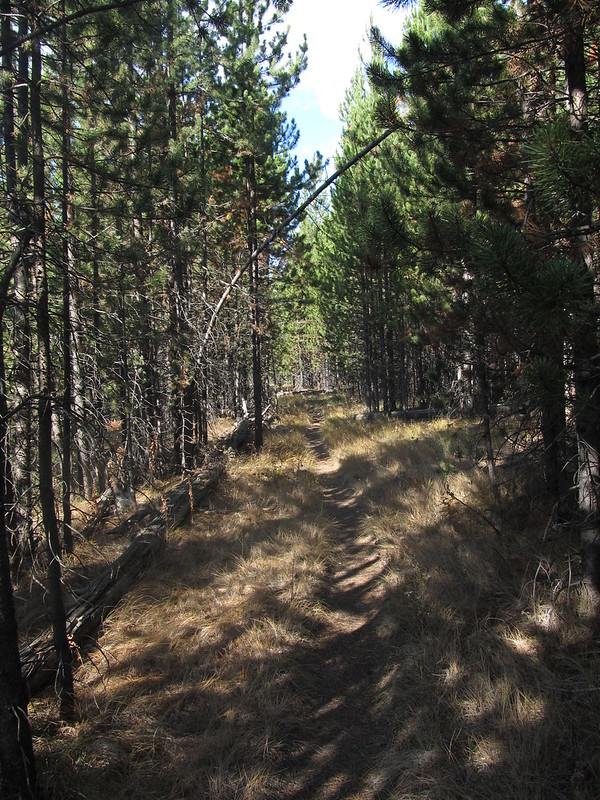 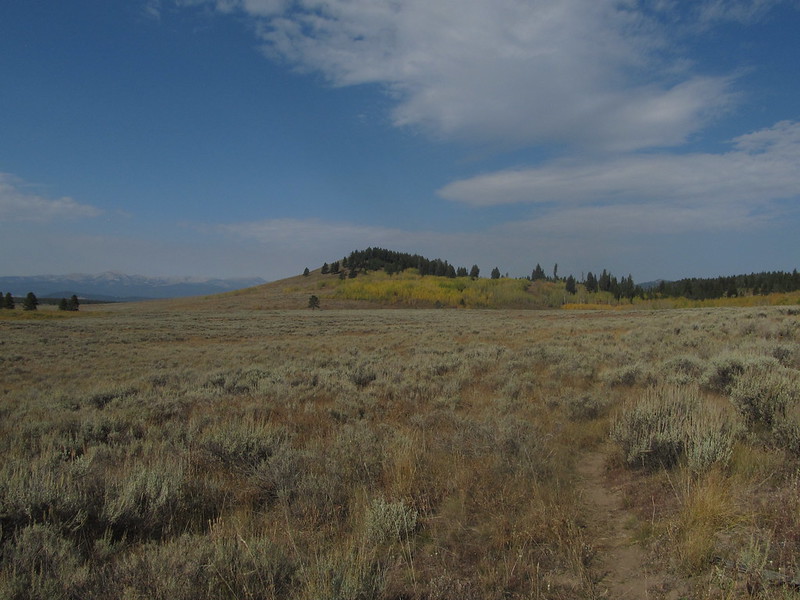 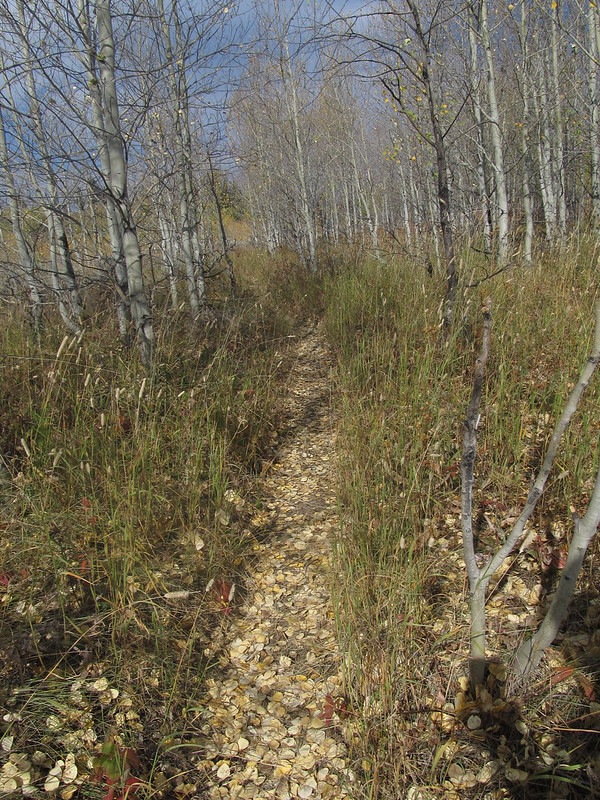 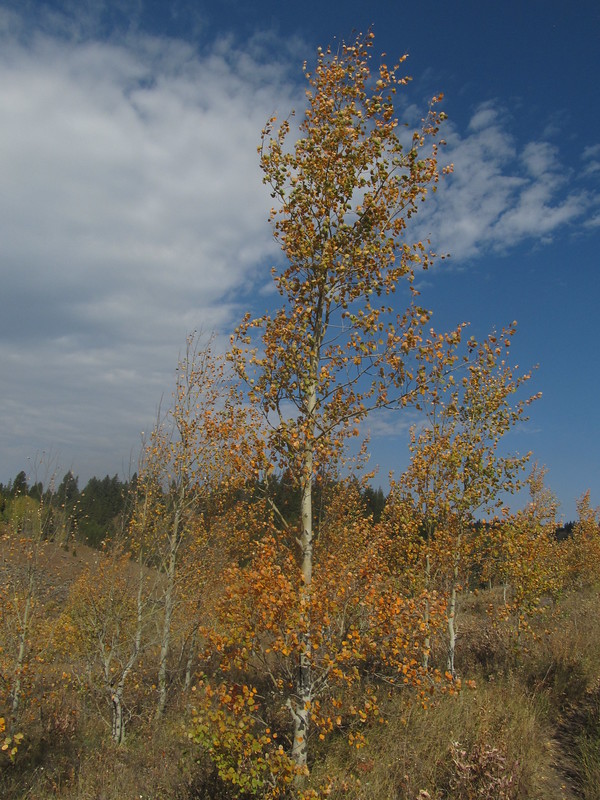 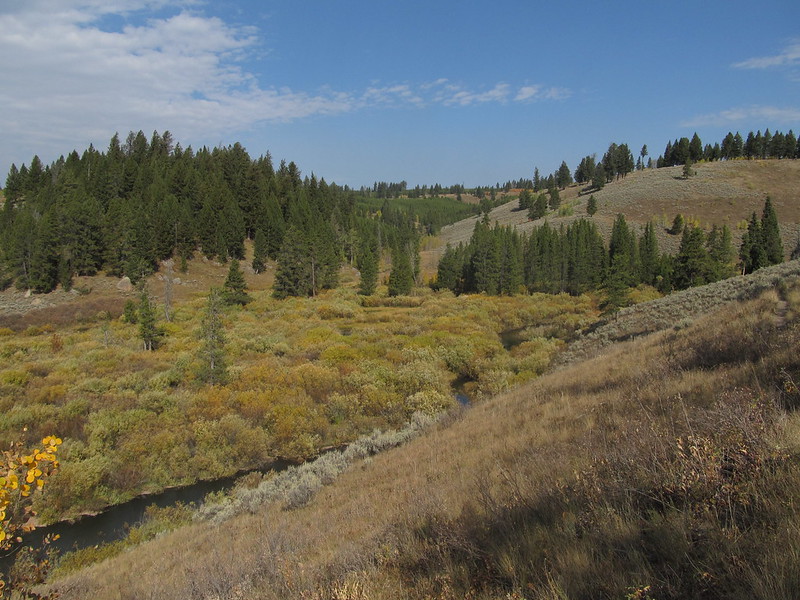 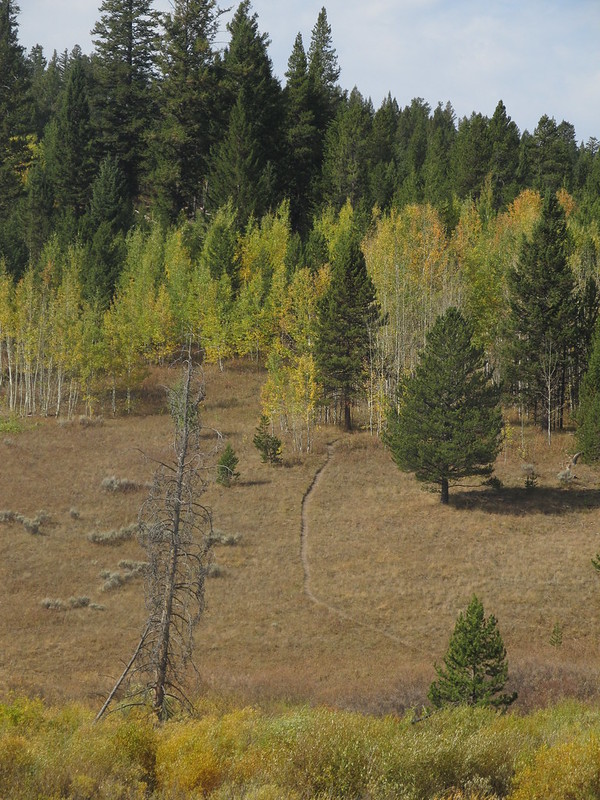 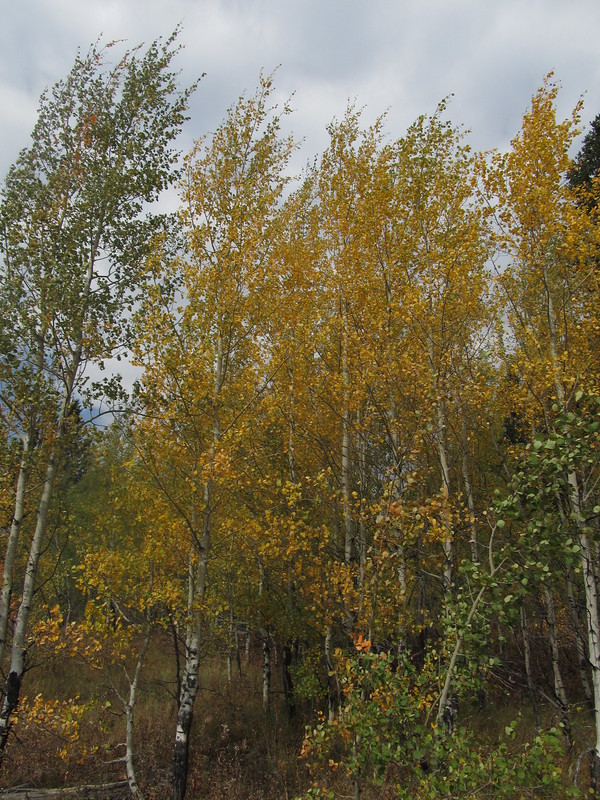 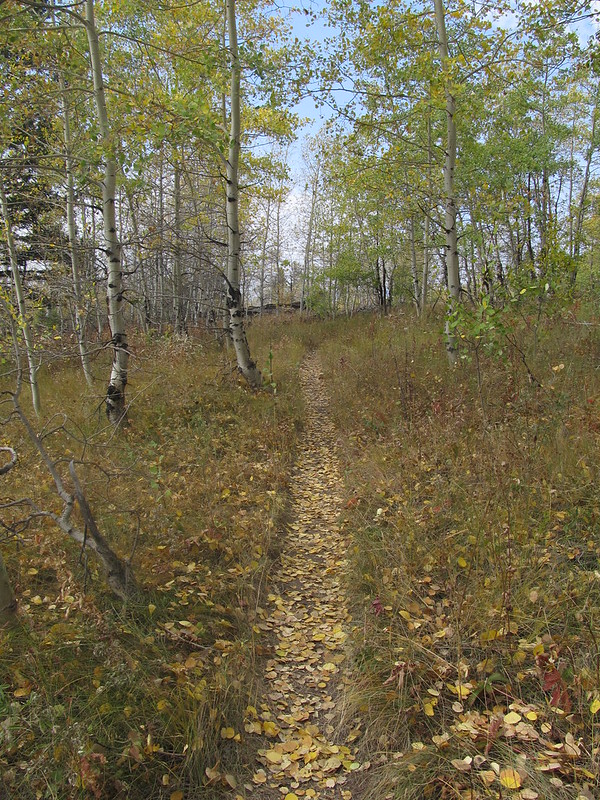 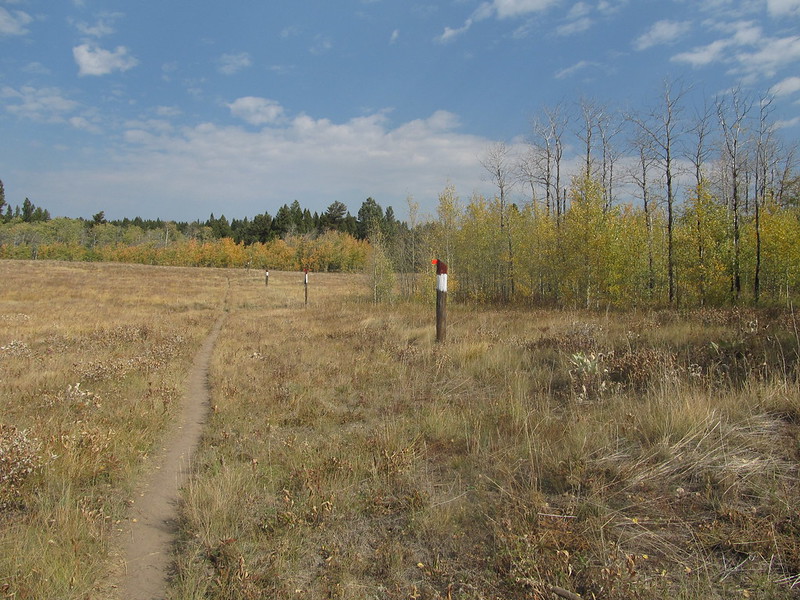 Back at the Park Boundary 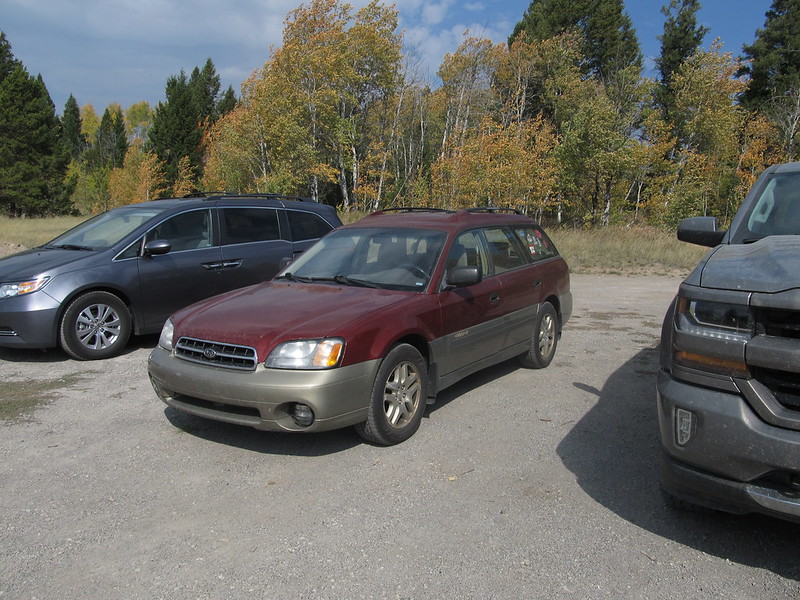 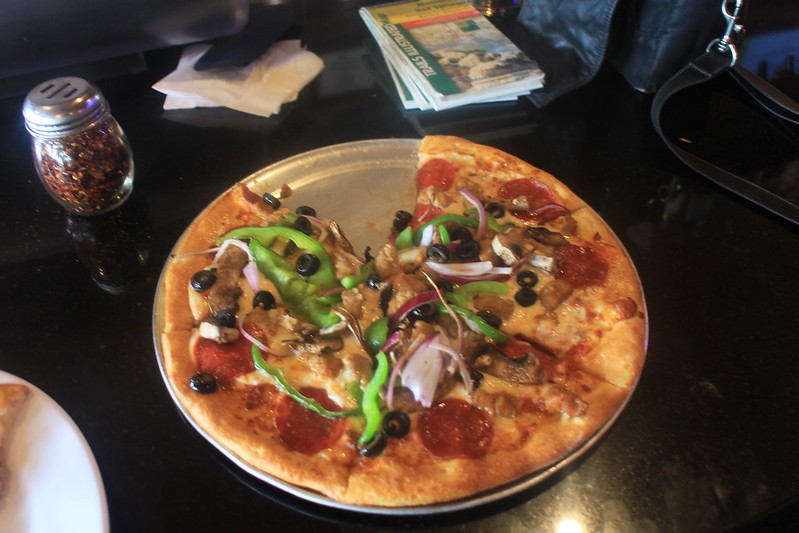 I stopped for lunch at Ponds in Island Park for a pizza to celebrate my Yellowstone adventures.


The End
You must log in or register to reply here.
Similar threads