YELLOWSTONE NATIONAL PARK – The first grizzly bear sighting of 2019 has been reported in Yellowstone National Park.

Visitors saw a large grizzly bear between Canyon Village and Fishing Bridge on March 8, according to a press release.

The first grizzly sighting in 2018 occurred on March 7.

Yellowstone officials said male grizzlies come out of hibernation in mid-to-late March while females with cubs emerge in April and early May.

When bears emerge from hibernation, they look for food and often feed on elk and bison that died over the winter.

The press release states sometimes bears will react aggressively while feeding on carcasses.

@Rockskipper Wow, cool. Hope you take some good pictures of them this spring.

Outdoor_Fool said:
@Rockskipper Wow, cool. Hope you take some good pictures of them this spring.
Click to expand...

As soon as I can get out of my driveway...

Rockskipper said:
As soon as I can get out of my driveway...
Click to expand...

Rockskipper, Heard about this from the morning's local paper. It is about that time even though there is a ton of snow out there.

Thanks for Posting!
' At The End Of The Road Where The Trails and Life Begins ' - Message on a sign near Cody, Wy.

nice!!! I didn't know they come out of hibernation so early
http://yvonnebaurphoto.smugmug.com/

The females come out later, usually in April, as they have the youngsters to suckle for awhile. 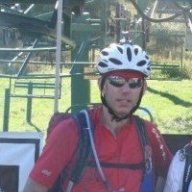 Thanks, I was planning a backcountry ski trip in Bechler Canyon early March next year. Will go a week earlier 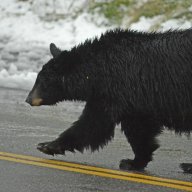 Hi there,
I am planning to go on a backpacking trip in late April. From what I read here, bears should be out of their den by then. Do you think it will be more dangerous to photograph (from a distance!) because of the young cubs?

@Kmatjhwy might have something to add. From what I've read (and note, I say read, not first-hand experience), bears are somewhat lethargic for the first few weeks after they come out of the den, contrary to the stereotype that they're famished and looking for anything/everything/anybody to eat. If I can find it I'll post the link. I wouldn't think it would be any more dangerous than usual.
Last edited: Mar 16, 2019

You obviously understand the increased danger with cubs so just stay hyper vigilant and avoid the close surprises. Follow the basic rules of hiking/camping in grizzly country and you should be fine. Keep your 100 yard distance from them. If you follow the basics, the female will tend to avoid you. Just be sure to make plenty of noise.
K

Now would like to add for those heading out into bear country. Yes the male boar bears usually come out earlier and then the females later. One good thing that going into bear country causes to happen is that it causes one to become more aware of all that is happening around you. In my experience it seems as if most of the wild bears are just as much not wanting a close confrontation with a human, as most humans don't want to have a close bear encounter. I have seen many bears including sows with cubs in the spring back in the wilds. Remember being back in the Soda Fork Meadows in the Teton Wilderness in many a spring. The Grizzly bear sign with tracks and scat were everywhere including covering the trails nearby. They left me and my camp alone and I have not had one bad problem with any bear thru the years. Could tell many a story on my close Grizzly Bear encounters thru the years. Now days personally I trust Grizzlies more then people for they don't stab me in the back and leave me in one piece unlike many a human does anymore. How many times these days will a person drag someone thru the mud for no reason whatsoever it seems. Would say take your bear spray, be aware of what is happening around you at all times, give all the wildlife the space that they deserve, and keep a good and clean camp. If so then you should do well. Also when it comes to the wildlife, the Moose can be more troublesome then the bears can be. How often have I seen people for whatever reason encroach on the animals space. Again to emphasize, give all the wildlife the space and room that they respect and deserve. Wishing Everyone the Best!
' At The End Of The Road Where The Trails and Life Begins ' - Message on a sign near Cody, Wy.
K

Now there was an article in today's Jackson Hole Daily that there has now a Grizzly out and about in Grand Teton Park somewheres also. Think it was up in the north part of the park kinda close and near the John D. Rockefeller Mem. Parkway boundary area if I remember right. Posting for whatever it is worth.
' At The End Of The Road Where The Trails and Life Begins ' - Message on a sign near Cody, Wy.
You must log in or register to reply here.
Similar threads