Have you ever been perusing maps and some route or location piqued your interest even though you don't know anything about it? For me one of these was the Bear River Smith Fork trail and Cataract Basin in the Uinta Mountains. Last summer had been trying with all the major wild fires in the Mountain West. Views were compromised and air quality for breathing were a constant concern. Many times for me it was a cause to keep from getting out on trail. In spite of this last September I decided I had to get out to see if my curiosity was justified.

The trail begins at the East Fork Bear River trail head located in an area among 14,000 acres that burned in 2002. I'm always emotionally impacted seeing the devastation amidst new growth but the area continues recover. Stunning fall colors drew the eyes away from the damage. 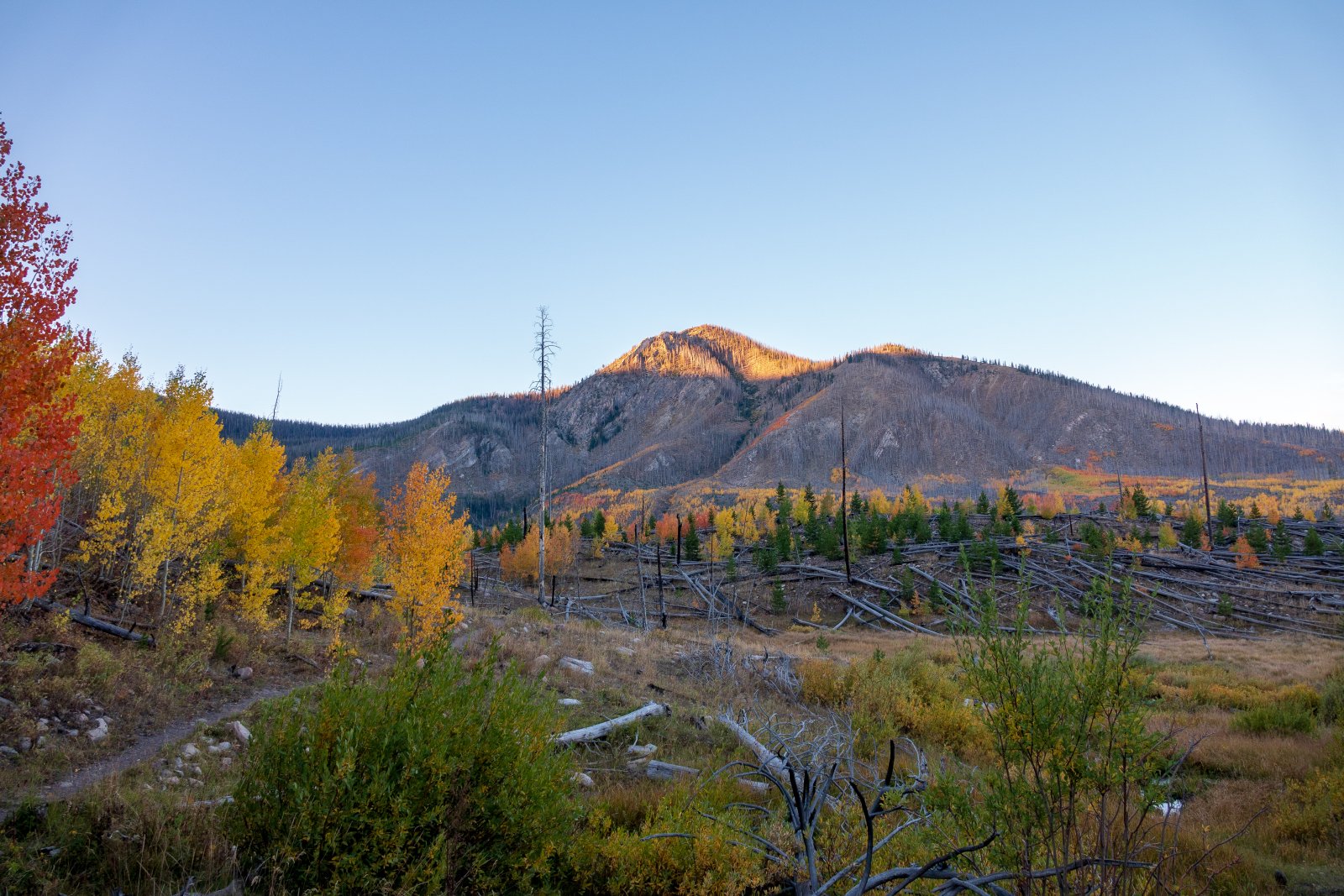 Here is a video of the day's adventures if you would like. Otherwise, read on...


The Bear River Smith Fork trail splits from the main trail just shortly after leaving the trail head. It heads south easterly rising quickly above the East Fork Bear River drainage providing unique views of the drainage. Soon the massive ridge which separates the two upper drainages which terminate at Allsop and Priord Lakes becomes apparent. The Cathedral is prominent. 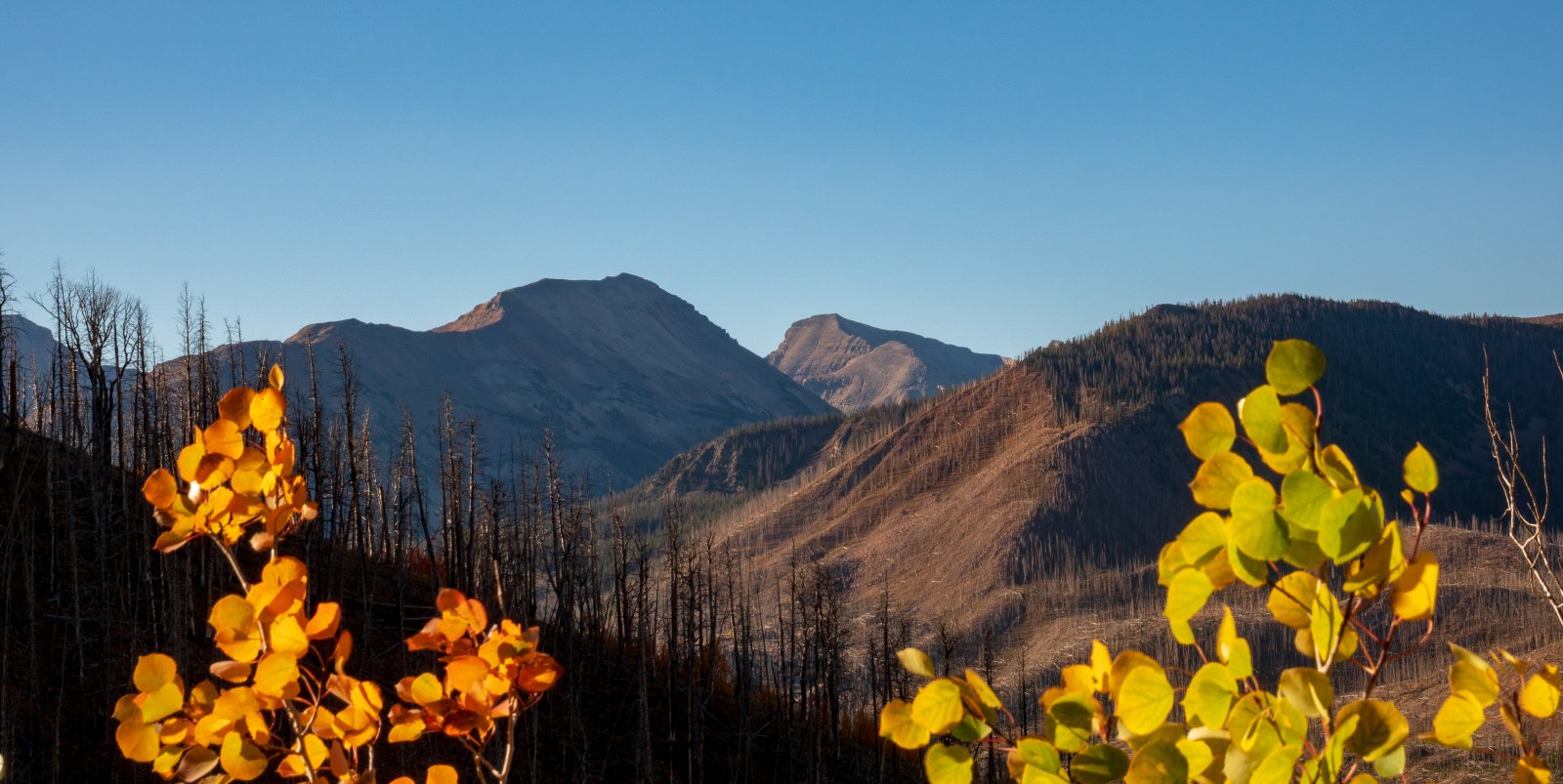 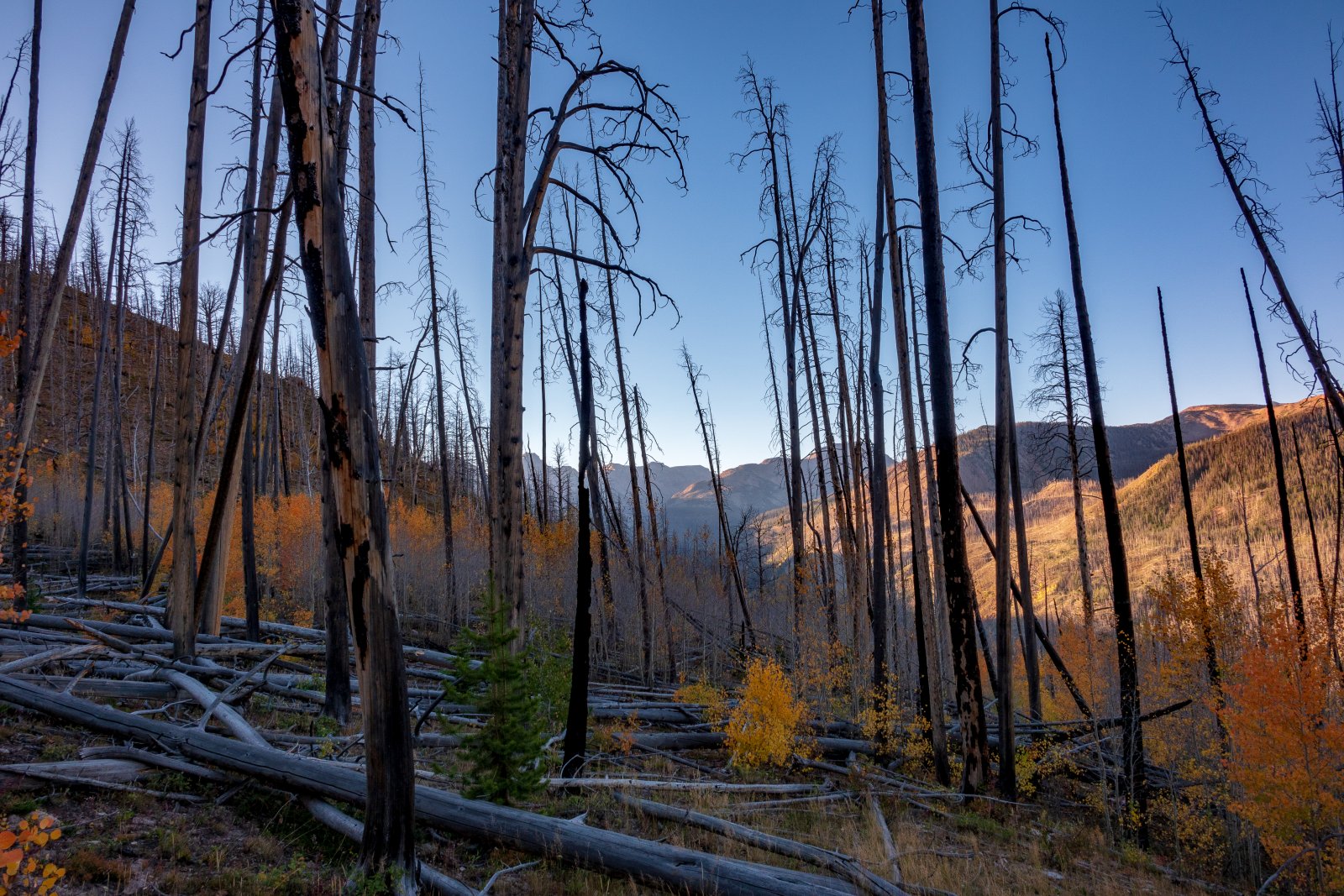 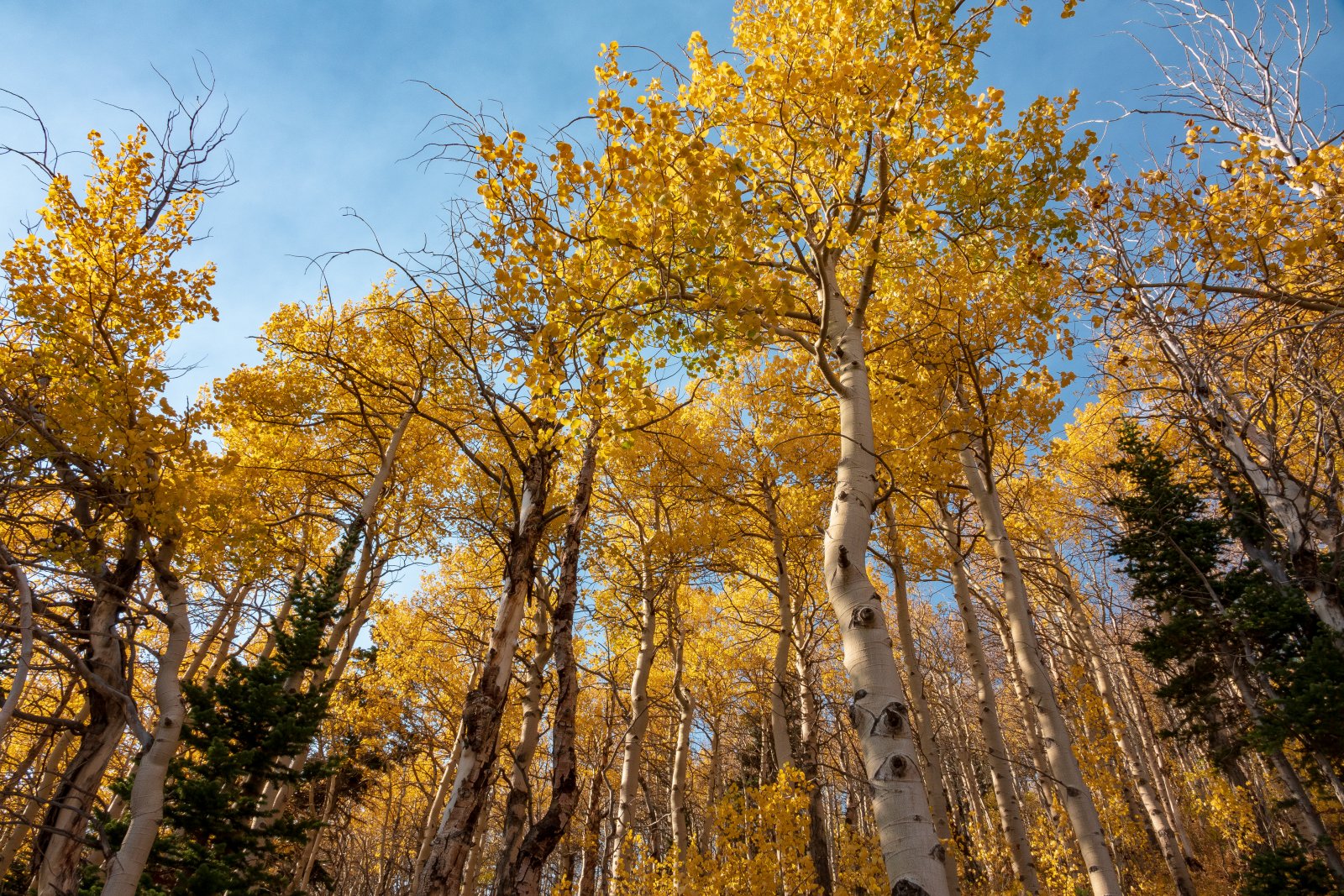 A 1,200 ft climb from the trail head to Deadman Pass provided a view of the next challenge, Cataract Pass just to the right of the mountain in the center. 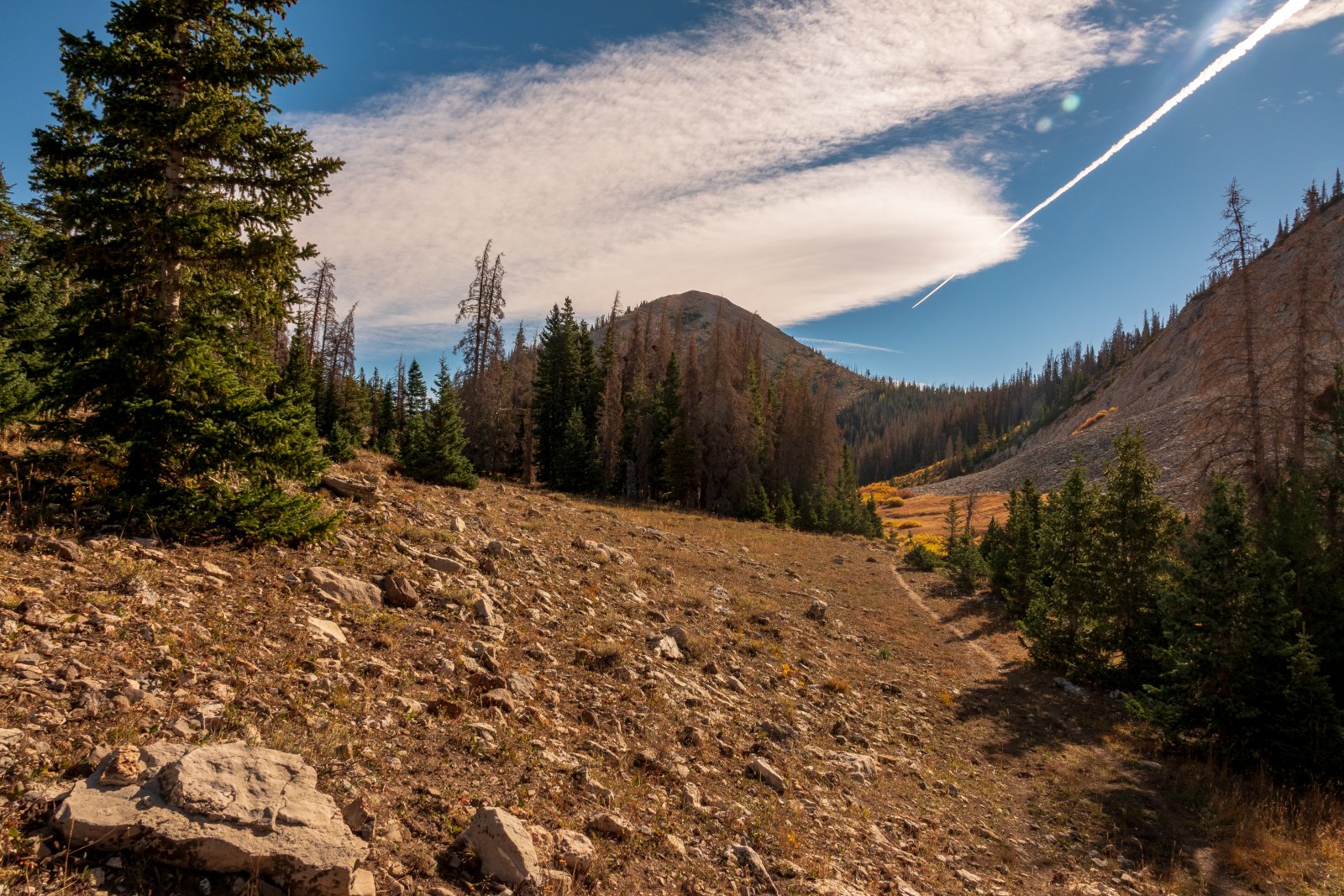 The trail descends into the Mill Creek drainage where more fire damage was revealed. The trail fades out toward the bottom and a forest service road becomes the pathway for a few hundred yards. From here to a pond from which feeds Mill Creek was mostly a cross country endeavor. Maps clearly show a trail but either due to inaccuracy or simply the damage from the fire made the path all but non-existent. I navigated to the pond only to find it bone dry.

I was a little concerned as I had planned on filling up from that now dry source. Luckily in addition to my full Official BCP water bottle something made me throw in an extra bottled water from the refrigerator at the last minute that morning. I'd just have to make due.

Continuing from the pond up the drainage I actually found a trail marker so I thought things would be better trail-wise from there. That trail soon petered out in a large, dry meadow. Looking back from where I had come. 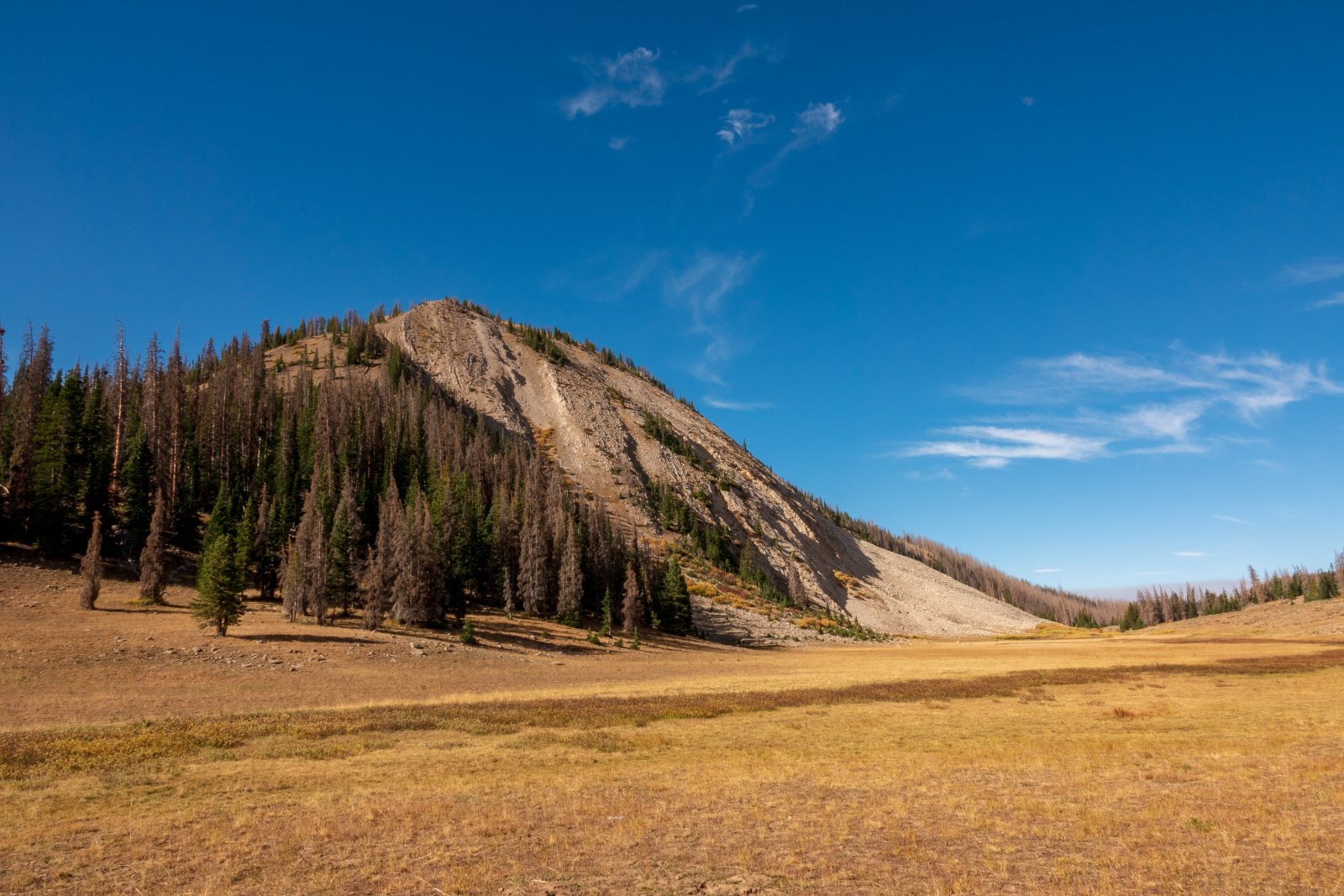 From here I struggled a bit to find the trail heading up to the pass overlooking Cataract Basic. There were several trails that headed up from the meadow but none seemed like "the" trail. (My return trip revealed that the trail skirts the meadow to the north.) After a few minutes of trying a couple of different routes I finally found the trail which switched back several times climbing up to Cataract Pass at 10,782 ft.

From here would be all off trail travel. One of the things that had piqued my interest in the area was what appeared to be a mostly flat area, located above tree line. It's roughly 1/2 mile by 1 1/2 miles and it seemed like a good off-trail exercise for me. The route would be to follow the ridge line up to the south from the pass. There we some social trails which aided in travel until reaching the open area at just above 11,000 ft. Once on top many familiar peaks came into view. 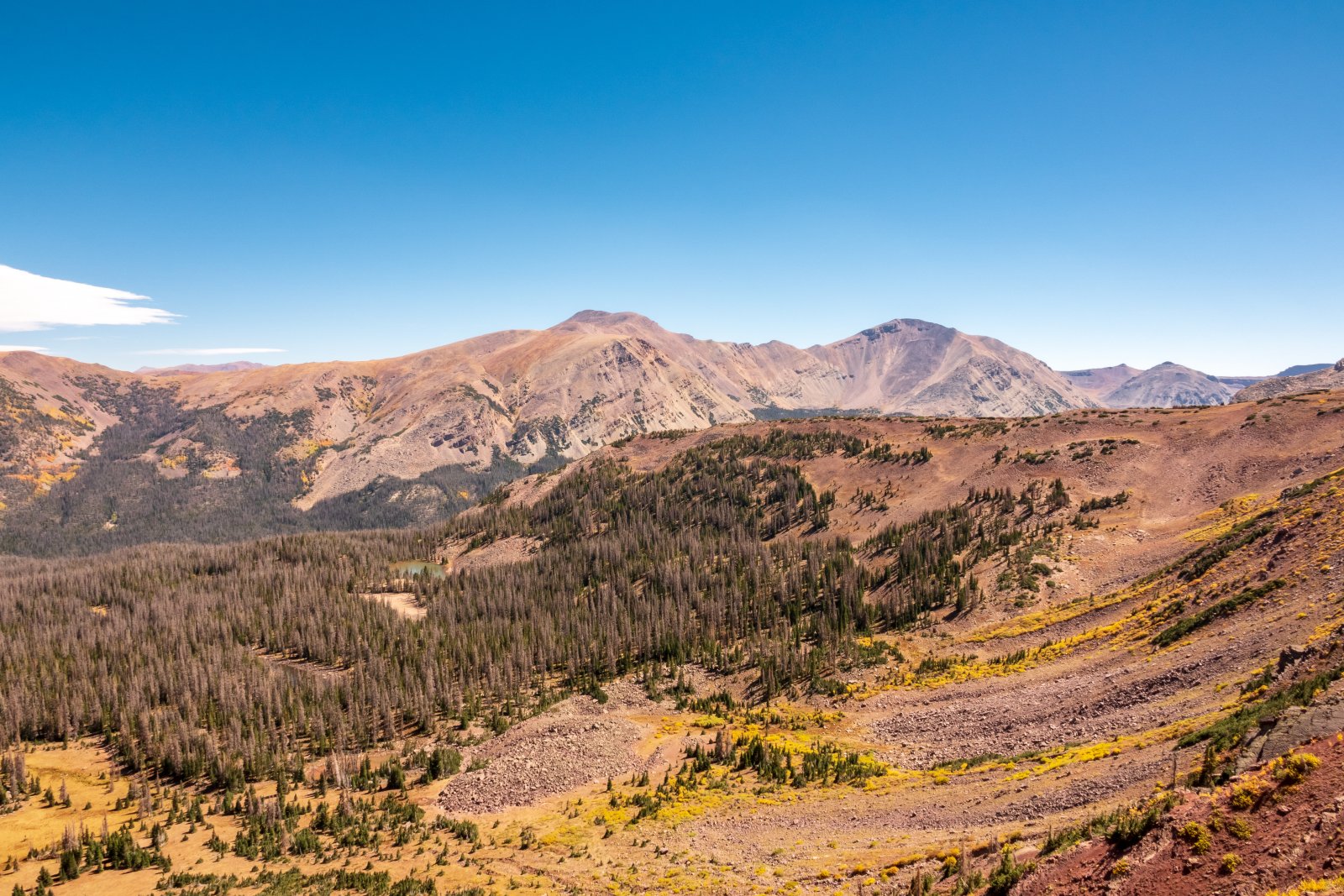 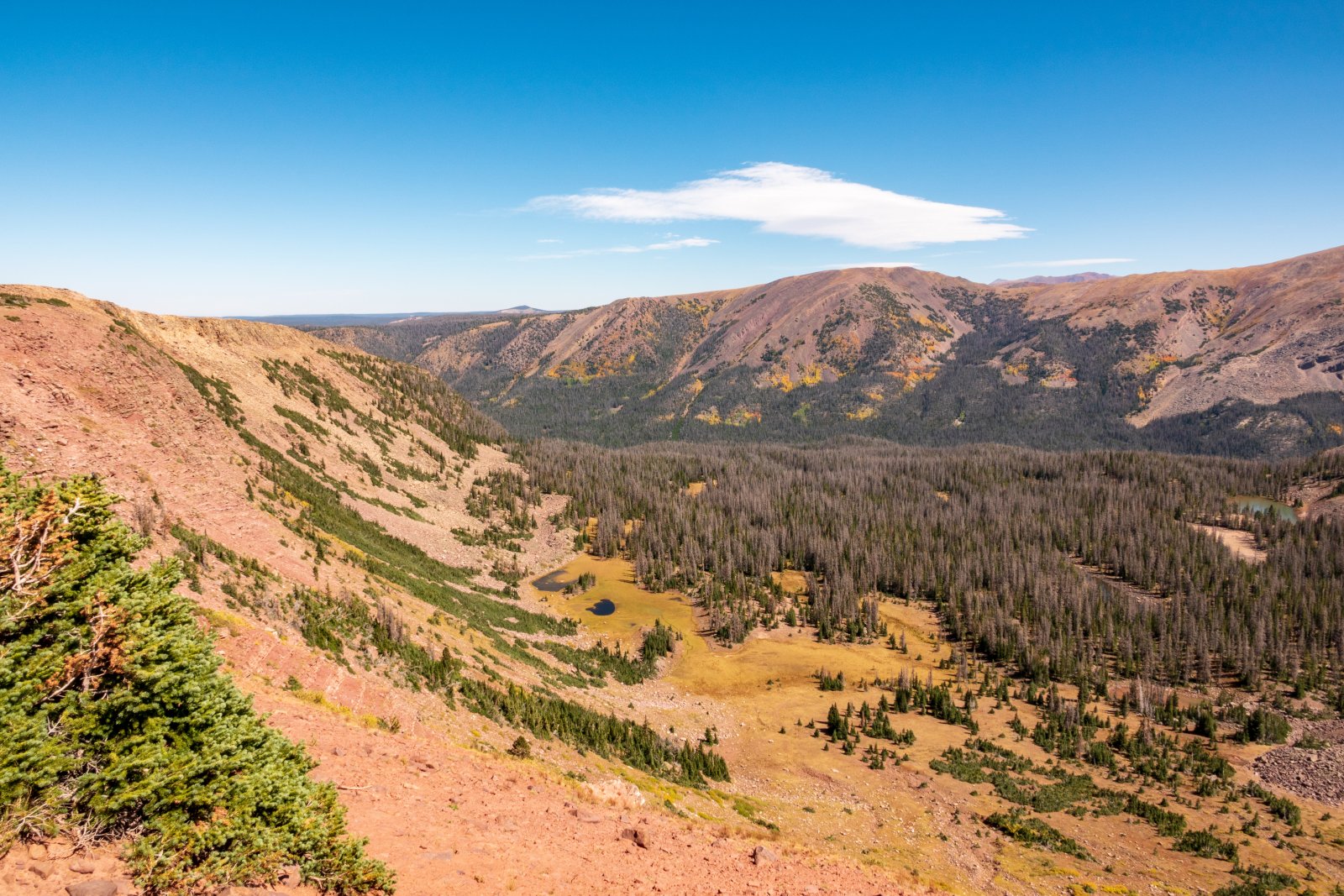 Looking a back at the ridge I had climbed from Cataract Pass to get to this area. 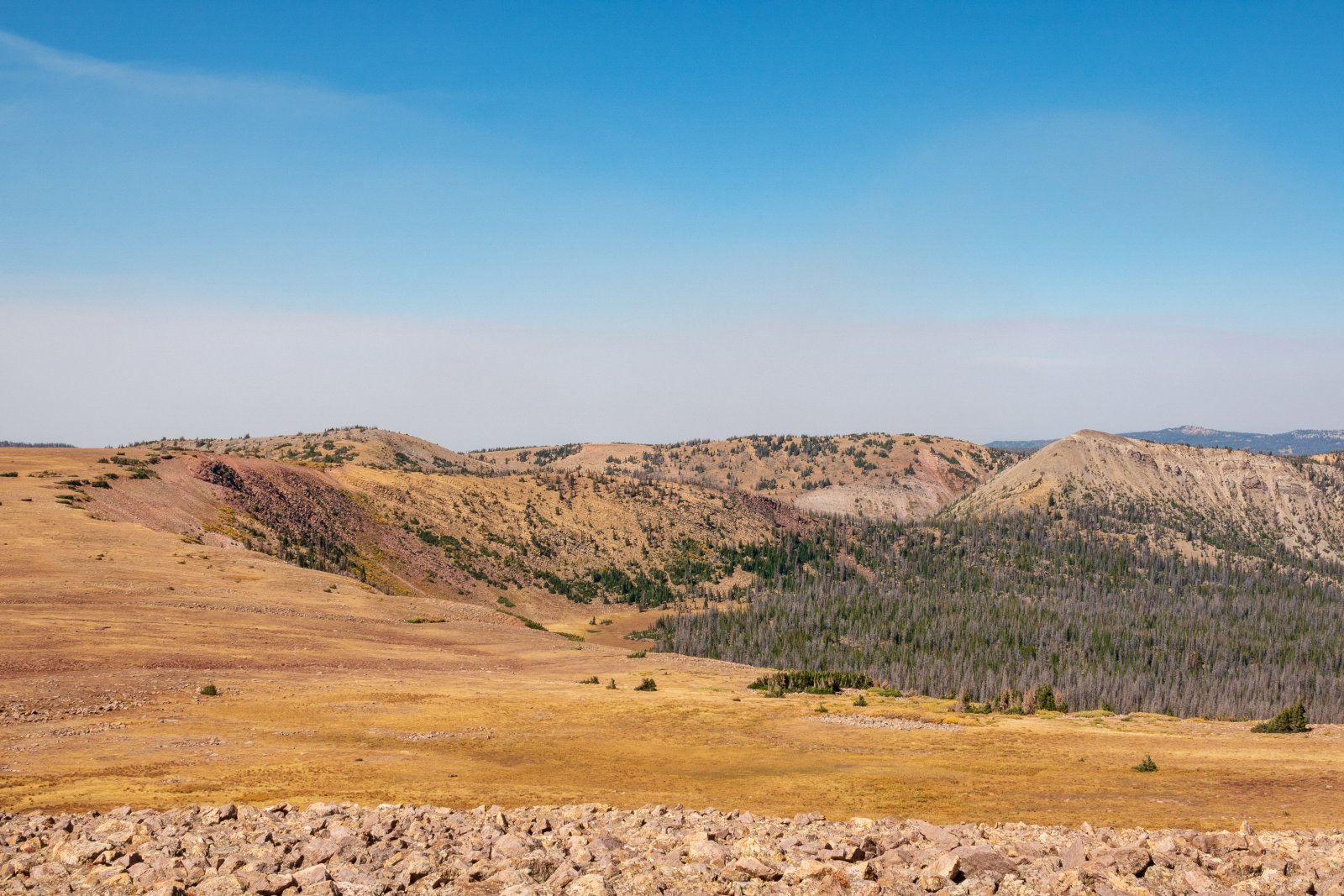 Looking south again with Mt Beulah pushing over the horizon with Red Knob in the background. 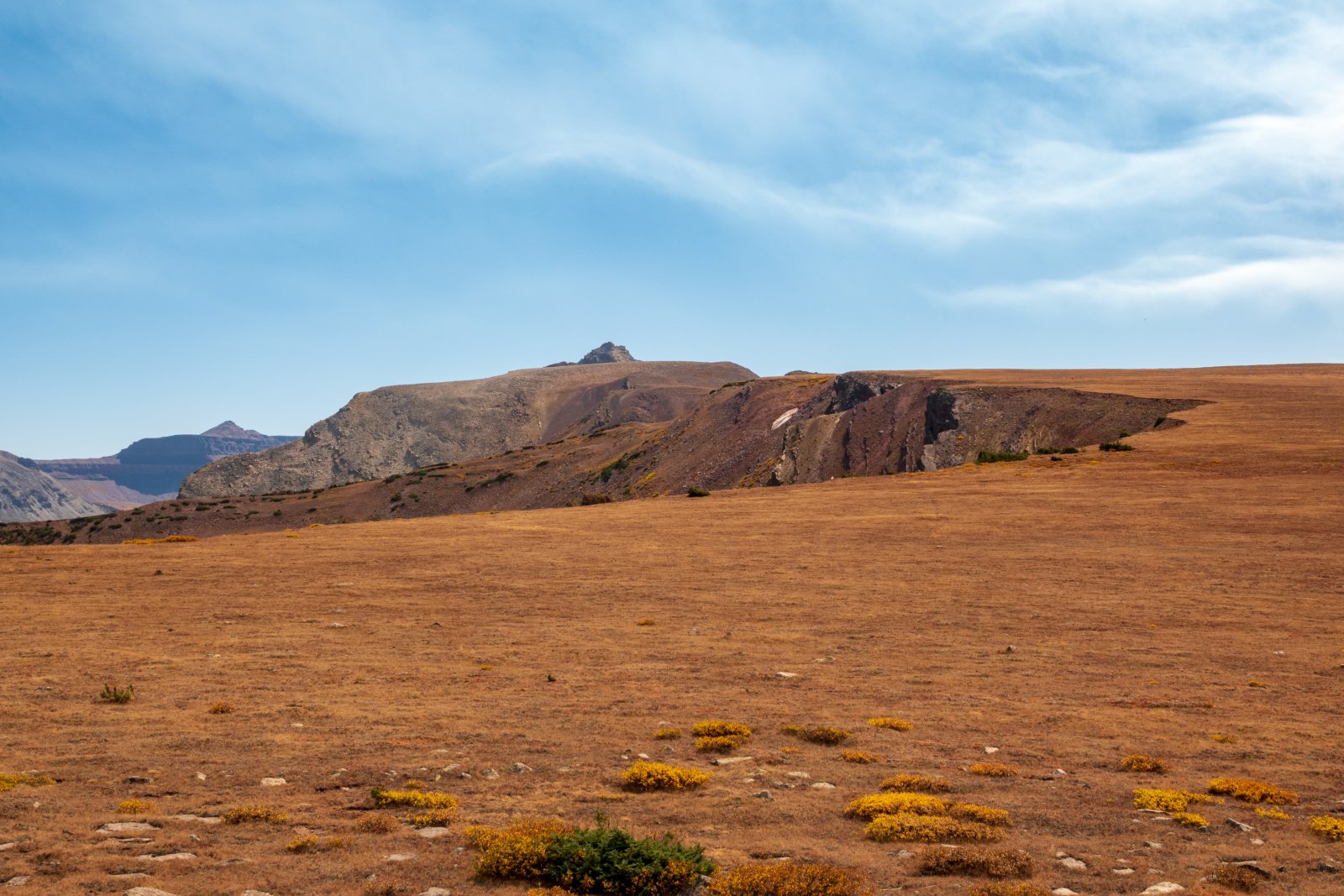 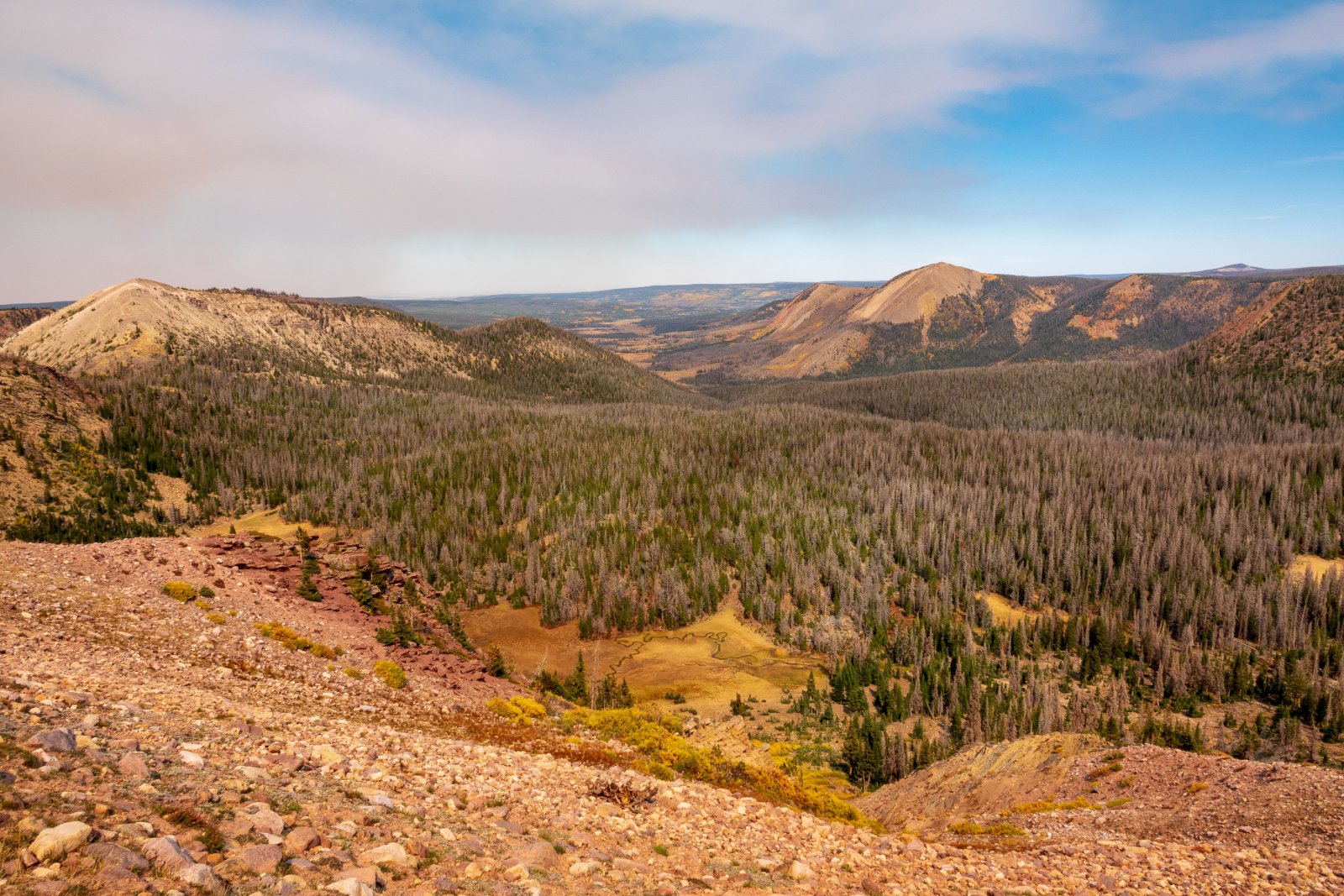 The wild fire smoke increased throughout the day and drifted in and out of the area. I could clearly see the Pole Creek/Bald Mountain fire, about 60 miles to the south, gaining strength as the day progressed. As the sun began to drop toward the horizon colors soon became rich and saturated producing some nice images.

Mt Beulah towering along the ridge line above the Alsop Lake drainage. 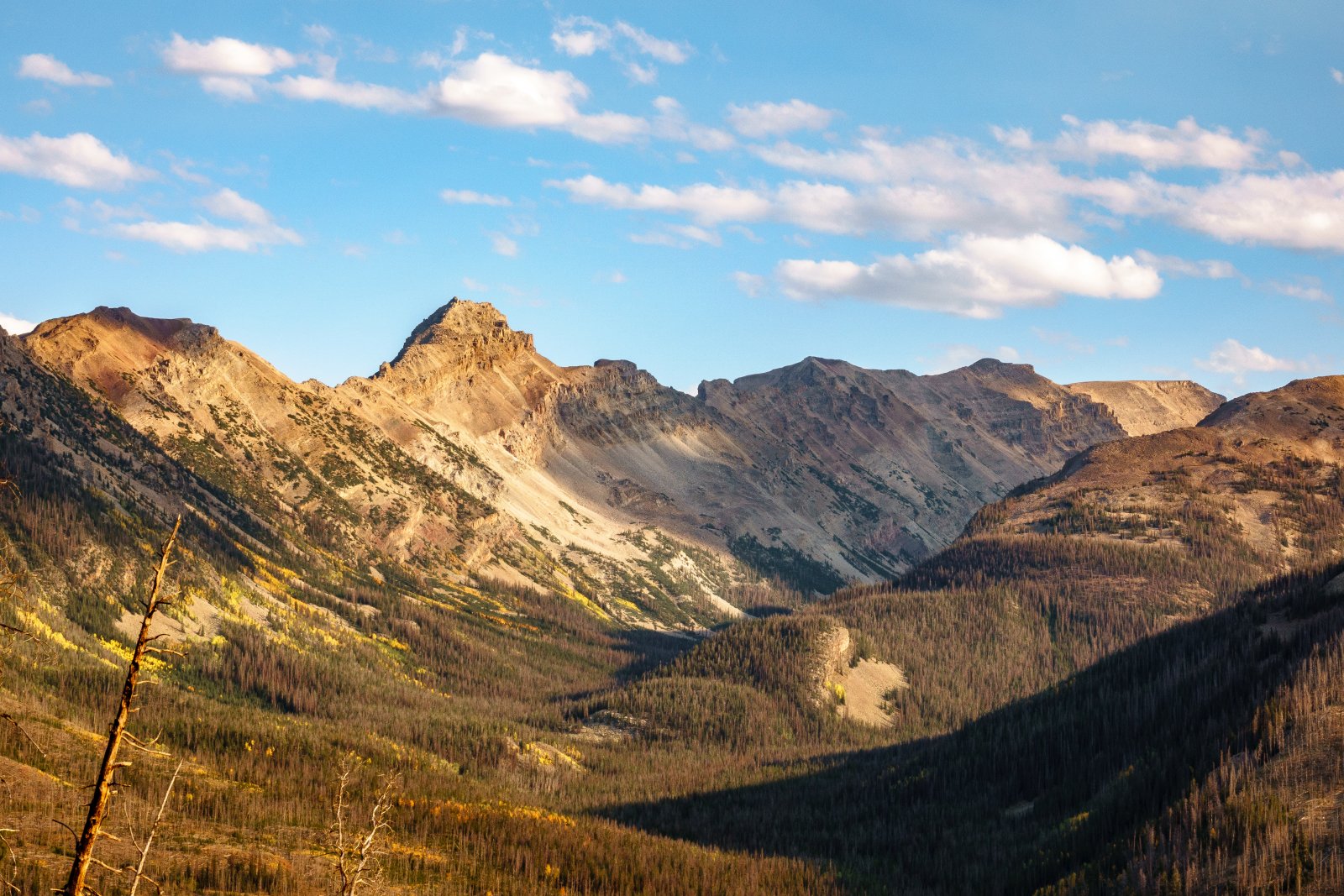 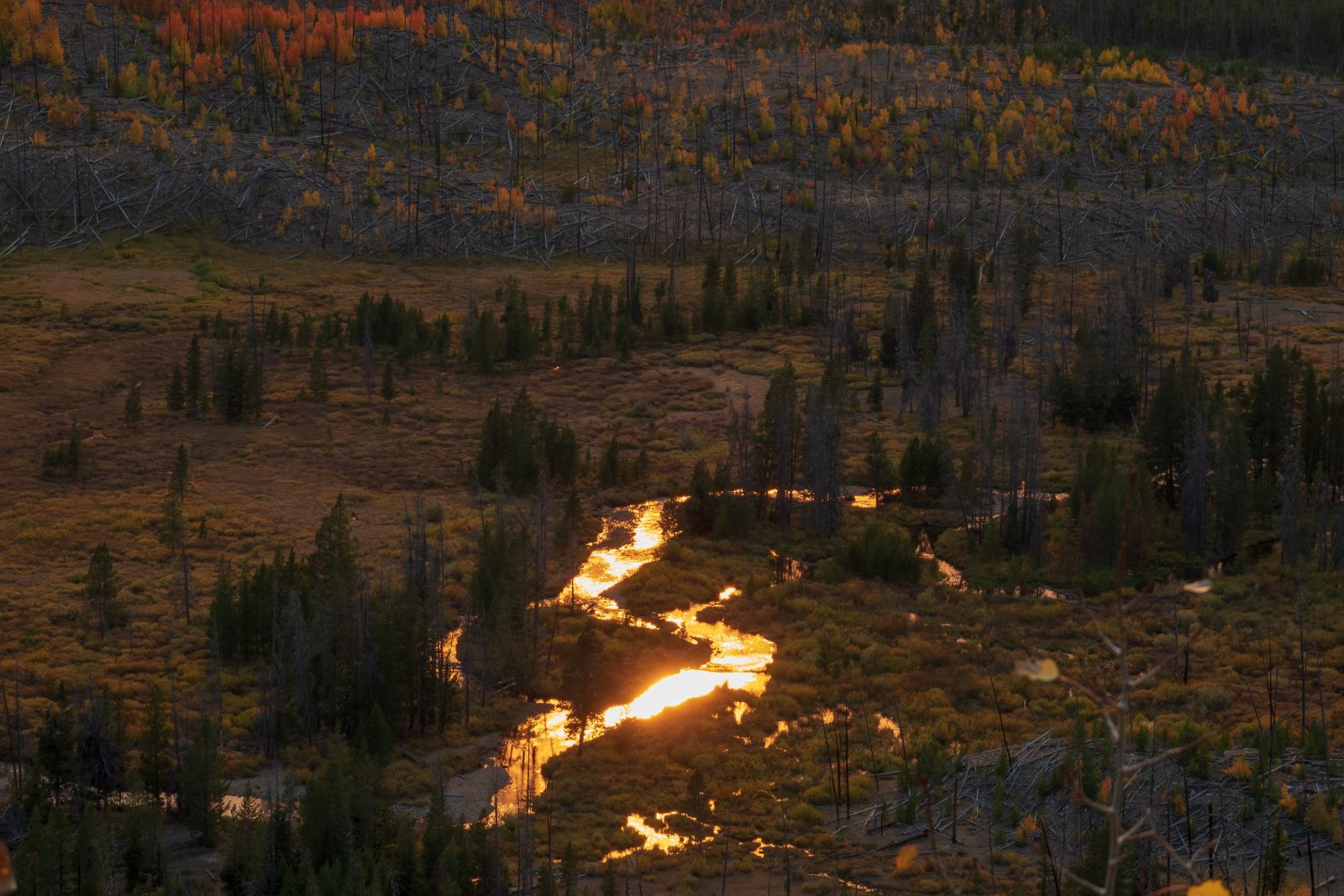 I'm definitely wanting to revisit this area. The views of all the major peaks and drainages in the area were incredible. I have been scouring the maps to see just how far one could continue on from the table area, south along the ridge line toward North Beulah and Mt Beulah. For the exposure tolerant I think those peaks would be attainable along that ridge line. For the rest of us I've been looking at a possible route down to Buck Pasture to make some kind of loop.
Last edited: May 2, 2019

@Artemus - This is the area about which you were asking a while back.
You must log in or register to reply here.
Similar threads