Exercise and preparing for mountain miles? 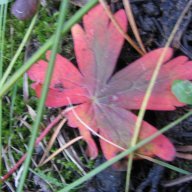 When im backpacking with my friends in the uintas for instance most people i see are fit. There were a few stragglers like me i have seen in my days but few and far between. I am overweight and its a big disadvantage when you have an adventureous spirit. Nevertheless even if im .3 of a mile behind my friends hiking i keep going i dont quit. All the huffing and puffing, sweating aching calves it dont stop me, its more of a reason to go more. But last year when going on an outing with my friend i strained my shoulder about 3 miles in not far but when you have a 50 lb pack and a strained shoulder your in for a miserable descent. So with that experience in mind its time for me to make some lifestyle changes. 4 months ago i started eating meat again but im cutting out that this month soda gone, sweets gone but not for long, cigarettes well thatll have to wait. Now the exercise this is my question, does anyone have plans or tips for getting a schedule going on? I'm gonna start walking about 1 hour for about 3-4 days a week but i know im gonna need to do more than that to shed this body of its weight. I would love to backpack more often but this weight kinda dampens the spirit sometimes.

What exactly are you carrying in a 50 lb pack? 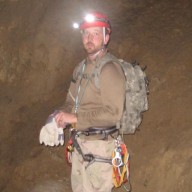 I agree with Summit.. 50LBS is crazy unless you have rope, winter gear ect for a week +...

If you want to get in shape for backpacking, go backpacking, your walking an hour 3-4 days a week is good.. but add a backpack.. start with a 15lbs pack. make sure you have plenty of hills or walk up bleachers. every week for a month add 5 lbs.. then every other week from there add 5 lbs until you can carry the weight of say #50 for an hour and have no issues ... Be prepared for poor weather and still go out wind rain or snow. you will be surprised what this will do for you
Yes, I am aware that following the trail would have been easier.

Agreed with the other two, get your pack weight down and the plan DOSS laid out sounds great. Don't be satisfied until your pack weight is under 40 pounds, the closer to 30, the better. BUT, that's definitely not the solution.

I too am an overweight backpacker, always have been. And I totally know what it's like to be lagging behind huffing and puffing. Sometimes I'm in my groove and I slam it and stay ahead, sometimes even far ahead, sometimes I'm way behind. Some of my backpacking partners hike at a more reasonable pace, others are speed demons and I feel like a big slacker. Moral of the story, I know the feeling.

I don't like exercising in gyms and on equipment. Not to say you shouldn't do it, I just know I won't. But you do have to find something to keep those muscles going through the year or it will always be so hard. The problem I've found is that I hike hard Spring through Fall then not much in the Winter. And to make it worse, in the spring and fall I'm usually in the desert without a lot of elevation change, generally easy hiking. Then when I hit the mountains in the summer, the big elevation changes kill me until a month or two in. My goal this year is to make sure my hill climbing legs are ready for the big elevation before I need it. If you can day hike, or climb a local hill on a regular basis. Do it. If not, I feel a stair stepper is better than just walking or hitting a treadmill. Anything that not only works those specific muscles but hones your endurance is key.

A couple other things that help:

Do other things that motivate you to get out more. For me, posting my pictures and stuff on the internet was huge. A few years back, we bought a house and got a puppy and I barely hiked or camped at all for almost two years. Then I snapped and realized I was letting life pass me by. Getting involved online, posting my pics and getting ideas from others seriously drove me to kill it and camp as much as I could. That process is the root of why this website even exists. If I never shared my experiences, I wouldn't be nearly as motivated to keep making more of them. Another little thing I do is keep a private google map of every place I've ever slept outdoors. It's exciting to come home and be able to put a new marker on the map and actually motivates me to go to new places.

And last, diet is huge. Everyone who is happy with the standard american diet, you can stop reading now. This is highly unconventional dietary advice.

I have big reservations about preaching my diet to anyone, but at the same time, I feel like a dick for not sharing it, especially with someone that I can totally empathize with. I feel strongly that anyone struggling with their weight should consider a paleo/primal diet, or at least something close to it. I started living primal in November of last year and I've already lost almost 50 pounds. And keep in mind I've had a bum ankle for the last 8 weeks and haven't done a thing. I wouldn't be the least bit surprised if I was down 100 pounds sometime this summer.
I feel better then I've ever felt in my life. I don't eat grain, sugar, sweeteners or other processed, unpronounceable crap. I eat limited dairy, I eat lots of meat, lots of veggies, fruit, nuts and berries. I eat like mankind ate for millions of years before the agricultural and industrial revolutions wreaked havoc on our systems. We hunted and gathered. We didn't manufacture corn dogs. It sounds crazy when you're coming from the standard american diet, but it has been one of the best thing I've ever done. I have more consistent and pure energy than I've ever had and I feel so good. When I started, I thought I would do it strict for 30 days and then go lax and cheat on the weekends. But what I've found is that once you eliminate certain things, you actually feel what they do to you and it's just not worth going back to them. I still have a beer now and then and I've come to like wine quite a bit. And there are some things that I'm not as concerned about cheating a bit with compared to a big no-no like grain. It's complicated. But in my opinion, it's a solution, not just a band-aid. </soapbox>

One of my favorite sources for Paleo/Primal information is Mark's Daily Apple.

I would say im still unexperienced at backpacking but im learning. Most of what weighed my pack was the food, we had plans for 3 people but the 3rd couldnt make it and my friends brilliant idea was to take all the food he bought for us including the 6 cans of amys soup . My sleeping bag is wonderful its 20 degree, it swallows my 6'2 whole, very big sleeping bag . It weighs about 7lbs total that seems like a lot to me considering theres lighter bags out there. Thank you DOSS im gonna take that into consideration and post my progress.

That diet almost sounds familiar to the Raw diet. One i tried but failed haha. I'm setting a date were im gonna change some of my habits. I'm leading towards the vegan diet but with exceptions in it. I was vegetarian for 2 years prior and i felt great about myself, but all my inspirations and motivations and selfworth i guess kinda took a slow dive. But im bouncing back im starting to believe in myself more. Beans, rice, veggies and fruit, with a few exeptions, you just have to listen to your body.

Thank you guys i appreciate your feedback Gras!

ibenick said:
For me, posting my pictures and stuff on the internet was huge. A few years back, we bought a house and got a puppy and I barely hiked or camped at all for almost two years. Then I snapped and realized I was letting life pass me by. Getting involved online, posting my pics and getting ideas from others seriously drove me to kill it and camp as much as I could. That process is the root of why this website even exists. If I never shared my experiences, I wouldn't be nearly as motivated to keep making more of them..
Click to expand...

This was basically my exact story 6 years ago. Then I got a camera and started taking photos and it made me hike a lot more to go and take photos. About a year later I got a new job and all my co workers insisted that I go with them on a backpacking/fishing trip into the Wind Rivers during the coming summer. After that I was hooked!!!! :twothumbs:


ibenick said:
Another little thing I do is keep a private google map of every place I've ever slept outdoors. It's exciting to come home and be able to put a new marker on the map and actually motivates me to go to new places.
Click to expand...


I really like this idea! I'm going to steal it!

abstractreality said:
My sleeping bag is wonderful its 20 degree, it swallows my 6'2 whole, very big sleeping bag. It weighs about 7lbs total that seems like a lot to me considering theres lighter bags out there.
Click to expand...

HOLY $#!T!!! That's HEAVY! I would replace this ASAP!!! There's some great sales you can find this time of year as the stores clear out last years models for the new stuff! I picked up a 15 degree down bag (long) that weighs 2.5 lbs!!!
“We don't stop hiking because we grow old - we grow old because we stop hiking”
― Finis Mitchell
You must log in or register to reply here.
Similar threads