Still catching up on trip reports

After the success of last year's joint backpacking trip, Doug and I again met at the Dolly Sods to take the kids out for a couple of nights. Unfortunately, the weather forecast did not look good. I probably would have bailed if it was just me and my kids. Our big hope was that any rain would hold off on the first day until bedtime after that we would just see what happens. 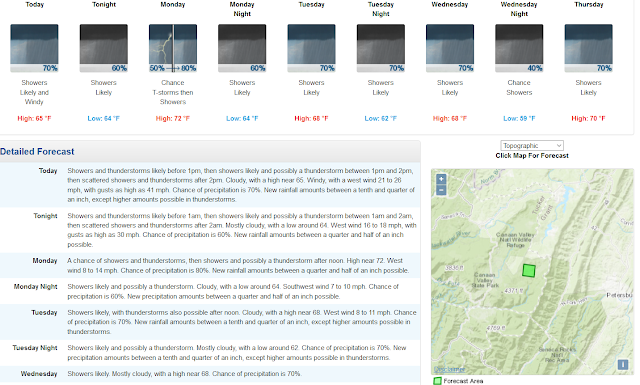 Two things to note
#1, my oldest now has a REI kids pack instead of the day pack last year.
#2, I left my camera at home. Probably better since I did not use it much last year, but my cell phone takes crappy photos and now it has a crack across the lens, so even worse photos. 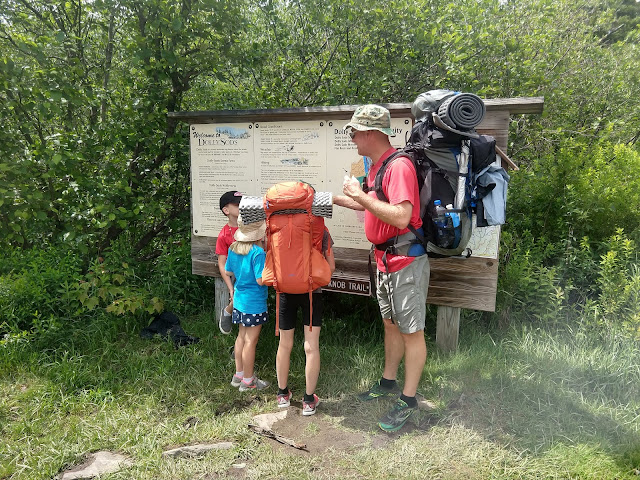 So last year we did a loop that basically went through the middle of the Sods. This year I wanted a little bit more of the big open views of the north. So our plan was to take the Blackbird Knob Trail to the Left Fork area for the first night and then loop up the Rocky Ridge Trail and over the Dobbin Grade Trail to a campsite on the Left Fork that I found in March. We were going to stay there for two nights and just dayhike a loop up and around the Northwest corner of the Sods. And then back to the cars on the 4th day. I always forget how hard hiking can be for little legs so we ended up modifying this a little bit. 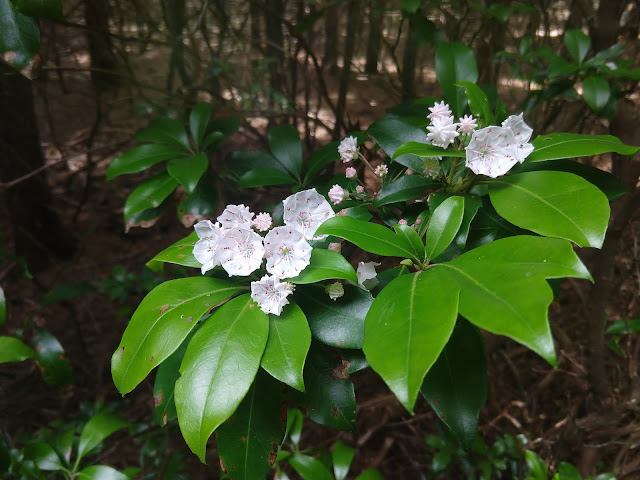 Grey skies as we start hiking, but very pretty. 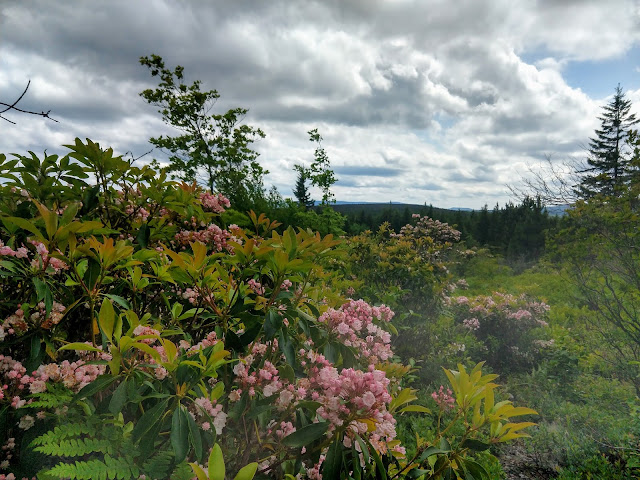 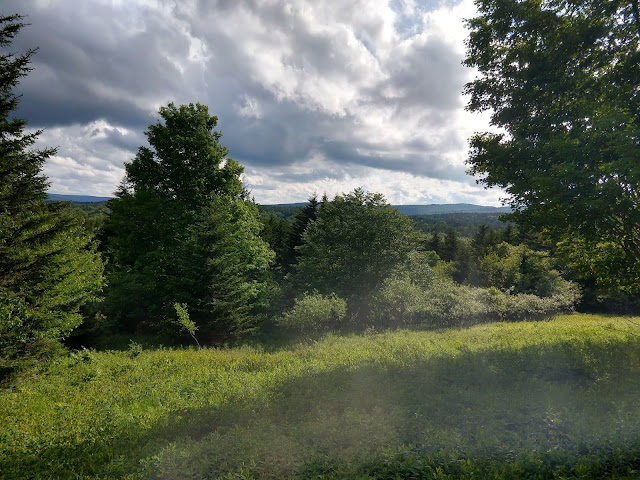 1st night's camp near the Left Fork of Red Creek. This was were we stayed on night 3 last summer. Kids in the tent and me in my hammock. It did not rain until about midnight and then it poured for a bit. 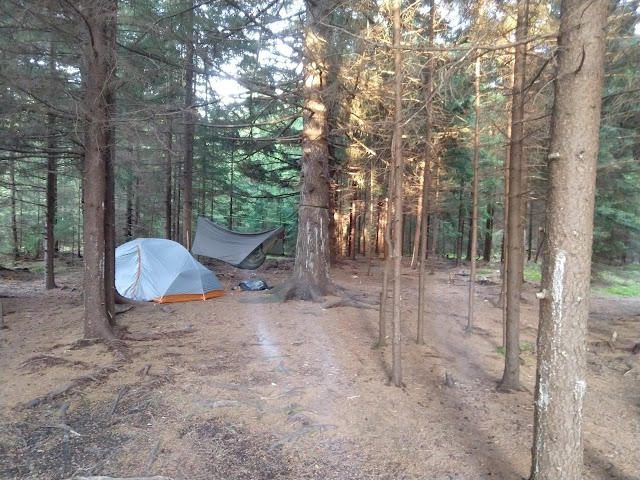 But everything blew over by morning. 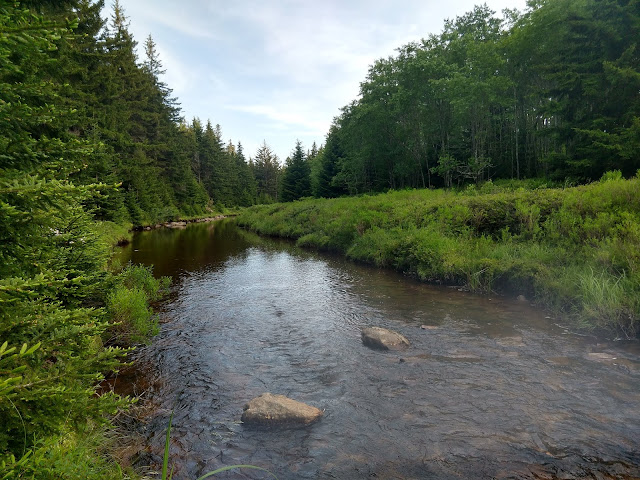 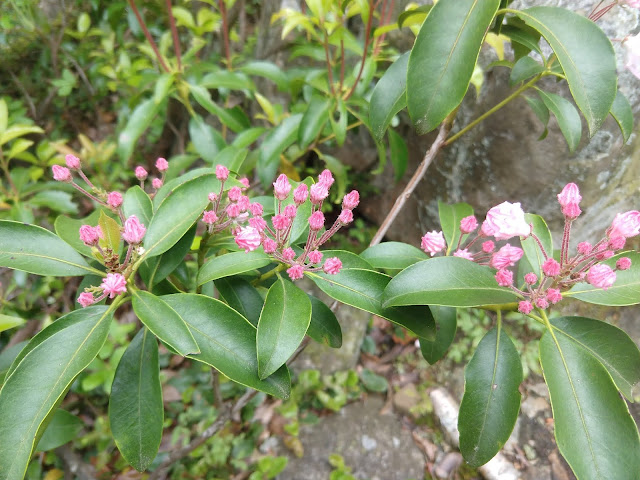 Still grey skies, but no rain yet 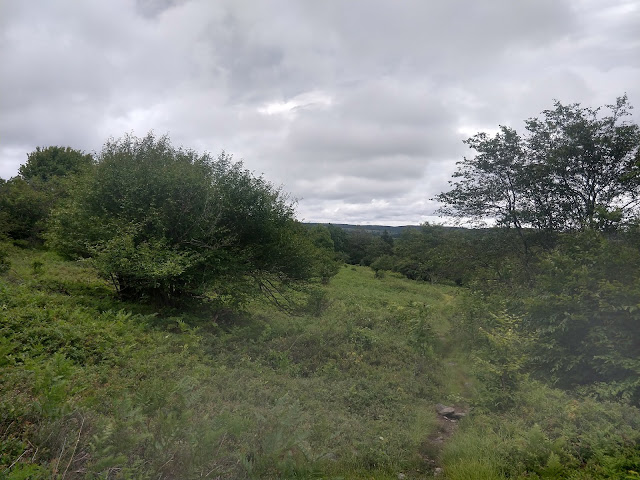 Flame Azaleas, only saw one patch of these on the Rocky Ridge Trail 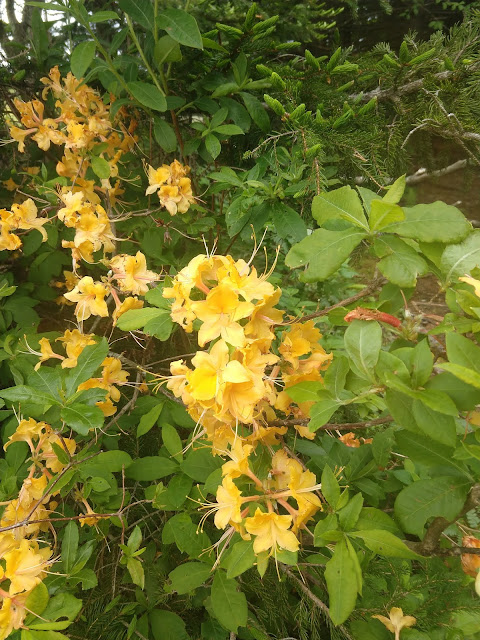 Near our camp for night #2, the mosquitoes were a bit annoying, but not too bad. 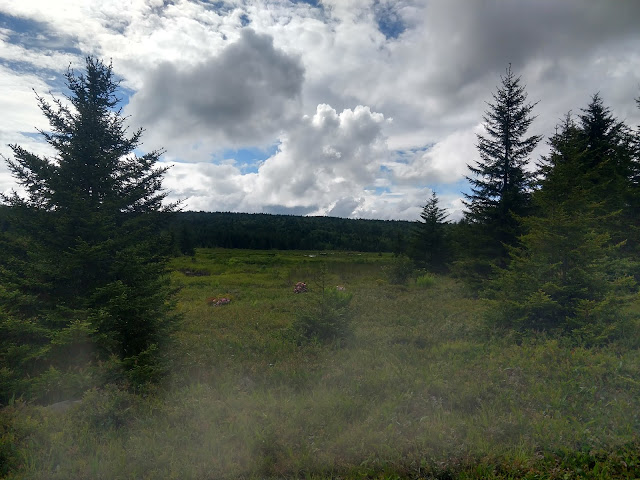 Next morning it spritzes a little bit on us as we were packing up, Doug put his pack cover on, kids have rain jackets. We decided that the kids would end up miserable if we made them do a 6 mile dayhike in the rain and then 5 mile on the last day with packs, so we packed up and continued east on Dobbin Grade to the Upper Red Creek Trail and then took that south to the Blackbird Knob Trail with the idea of a 2ish mile hike out on the last day.

The Dobbin Grade Trail is nice in parts ... 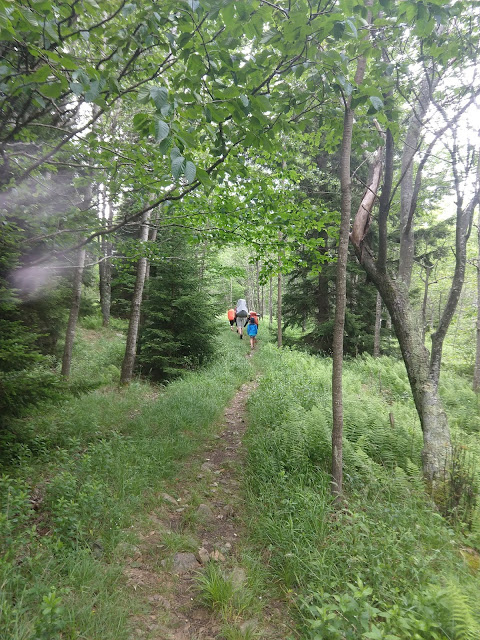 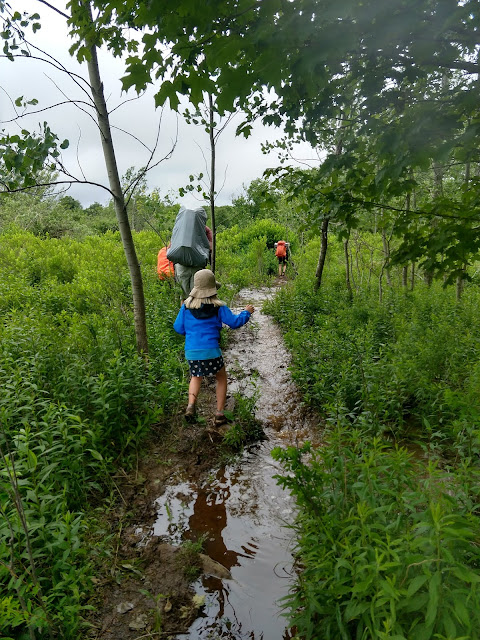 I did not take a photo of the part near the beaver dam where the trail was almost knee deep water. 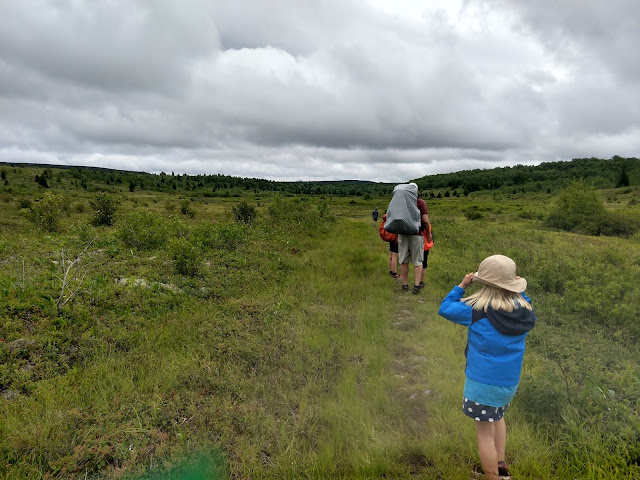 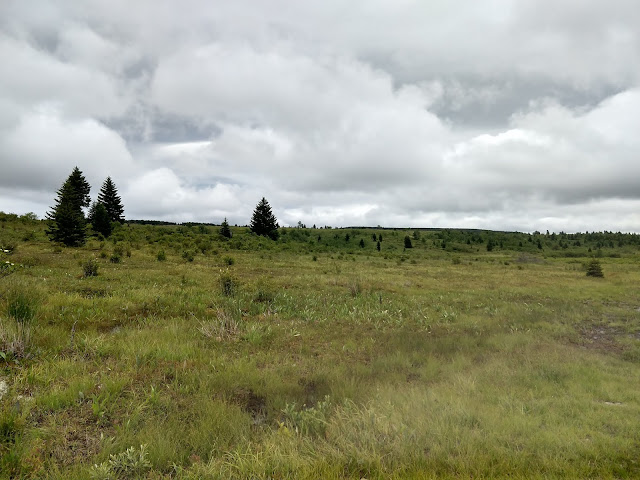 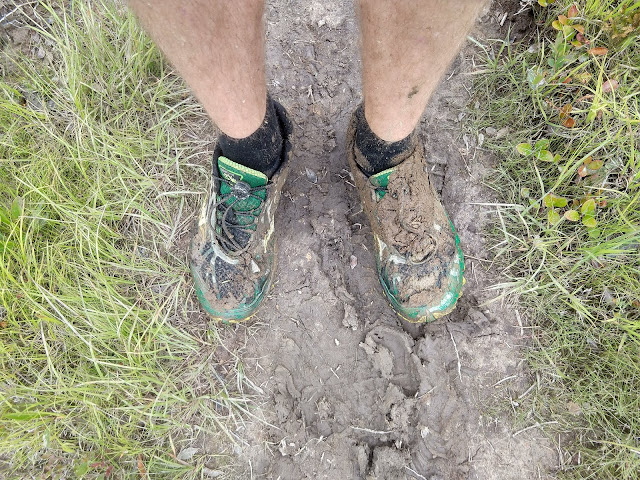 My youngest's shoes at the same point, so much mud the velcro on her shoes stopped working. My oldest actually had a shoe sucked off her foot by the mud on the Upper Red Trail. 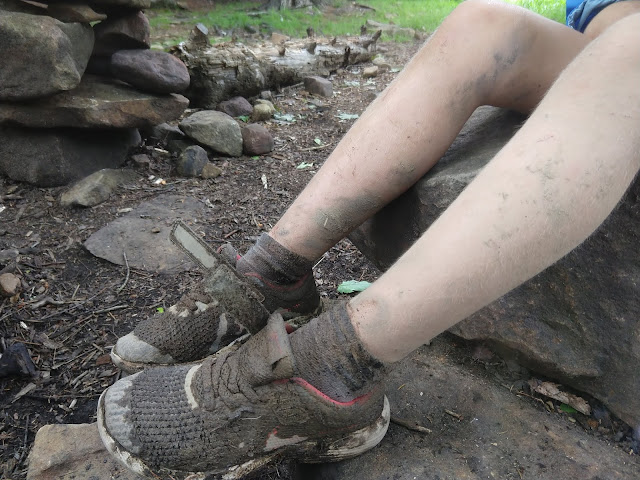 We setup for the third night where one of the tributaries of the Red Creek crosses the Blackbird Knob trail. We were happy that it had never rained, but it still looked like a possibility. 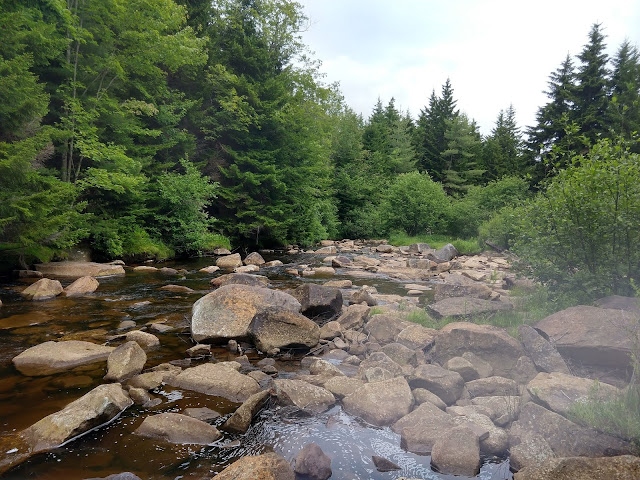 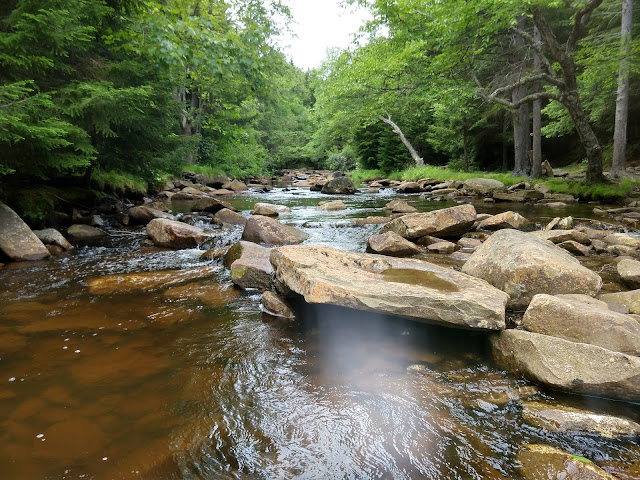 While scrounging for firewood, the kids found a salamander, they all checked it out/passed it around and then complained when I said to let it go. 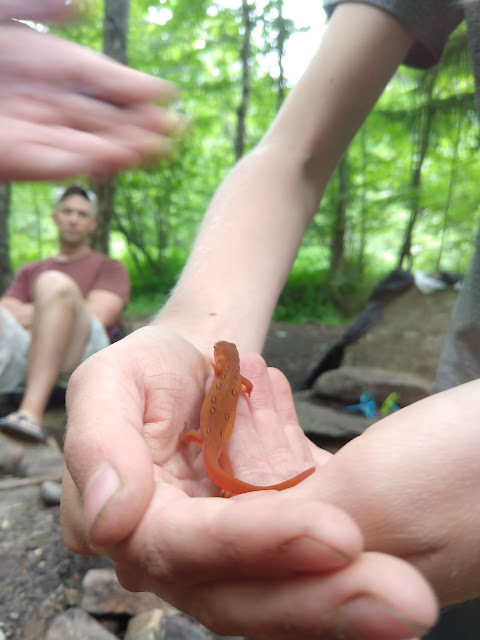 No rain, but under the tarp for some reason, I think they might be playing a card games 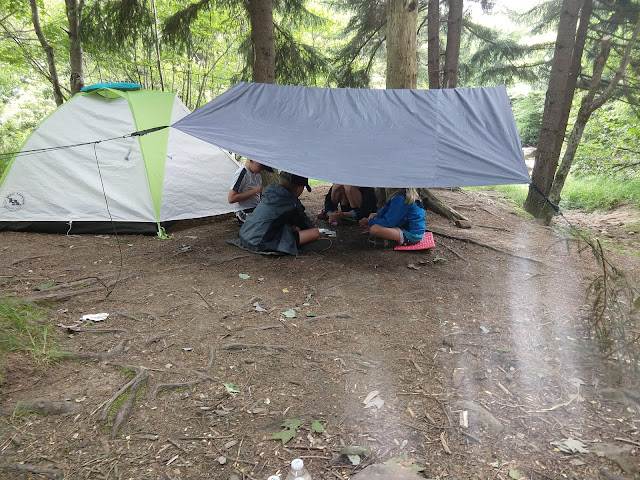 The area is heavily used, but very pretty. 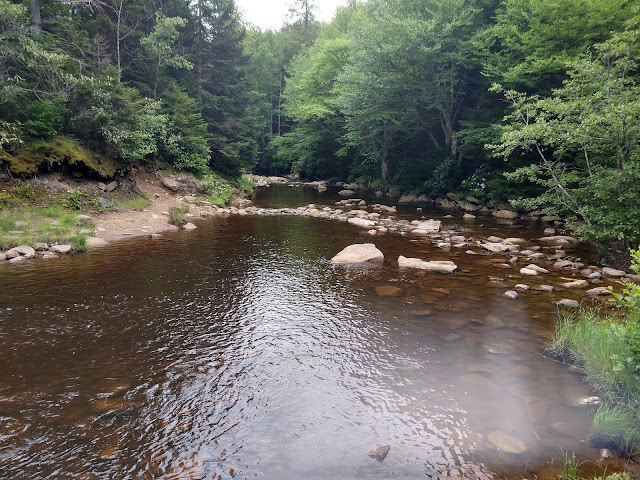 Woke up the next day, time to head for the car, no rain, but the trail is still muddy 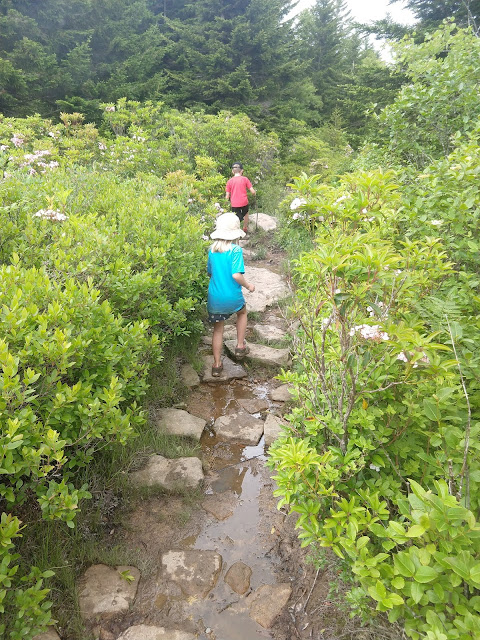 It ended up only raining the first night and then very light sprinkles a couple other times. Mostly perfect weather, I'm glad we ignored the weather forecast.

Everyone online complains about the Dobbin Grade Trail, but there are others that are just as muddy in places, i.e. the first mile of so of the Blackbird Knob Trail and the Upper Red Creek Trail. Once they got used to the wet/mud, the kids had no problems even though this was basically a 4 day trip with wet muddy feet the whole time. With that said, I think we are ready for a different part of WV for next summer.
My trip reports: backpackandbeer.blogspot.com
P

Very nice trip report. I love the one of everybody gathered around the map information... little legs, indeed. It’s great that you are taking them out. Thank you for sharing.

Great luck!
Good evidence that you really shouldn't worry too much about what they predict for weather haha. Thanks for sharing!
You must log in or register to reply here.
Similar threads