A few years ago I wanted to log my hike up Table Rock on the west side of the Grand Tetons near Driggs, ID. It is a full day 14 mile hike. My iPhone simply was not up to the task. I tried several different Apps while hiking in Zion later that year and really liked GPS Kit. However, the battery life was still a major issue despite taking several steps to extend it.

Since then I have tried several battery packs that would extend the life of my phone. Those purchased in stores were expensive and week. After watching a youtube video on the subject I set out to make my own. My son's R/C car collection seemed to be the primary source for parts as he has an endless supply of broken and cannibalized vehicles. Initially I used 4 rechargeable AA batteries with this system and it would charge the phone 50%

Then in December of last year I got my son a 1/10 scale short course r/c truck for Christmas with a large NiMH 7.2V Onyx 5000mAh battery. While sitting around the house during Christmas break I was planning a trip to Upper Salt Creek and busted out my AA battery pack to test it out. I looked over and saw my son's large battery charging in the wall. The idea struck me to swap out the AA batteries for his large one. I snipped the connector off his old R/C truck and soldered it to the charger and simply plugged in the battery. I dug out my old iPhone to use as a guinea pig and plugged it in. I was amazed that it charged my old iPhone several times.

Basically all you do is take the plastic casing off of a car charger you get at a truck stop for $5 and solder the + and - contact points that normally go into the cigarette lighter base of the car to a battery connection you get at a hobby store. There are two basic connection types. They are universal and Traxxas. The battery you have/get will need to match.

Note: You need the internal circuits in the base of the charger. Without them the phone will reject the connection and not charge.

After everything is soldered and tested I just wrap the exposed wiring in a layer of electrical tape and use plasti-dip or liquid electrical tape (they are the same) to waterproof the wiring.

I plug the phone in while setting up camp and unplug it before going to sleep or when the phone reaches 100%.

*Test out the charger on your old iPhone or iPod. Don't risk frying your new phone.If you do, don't come crying to me.

-Get a high capacity Lipo battery. They are lighter but more expensive.
-Pick a phone charger with a longer and expandable cork screw looking cord.
-A USB charger can be substituted. This allows any device with a USB cable to attach (i.e. smart phone, gps, or whatever). 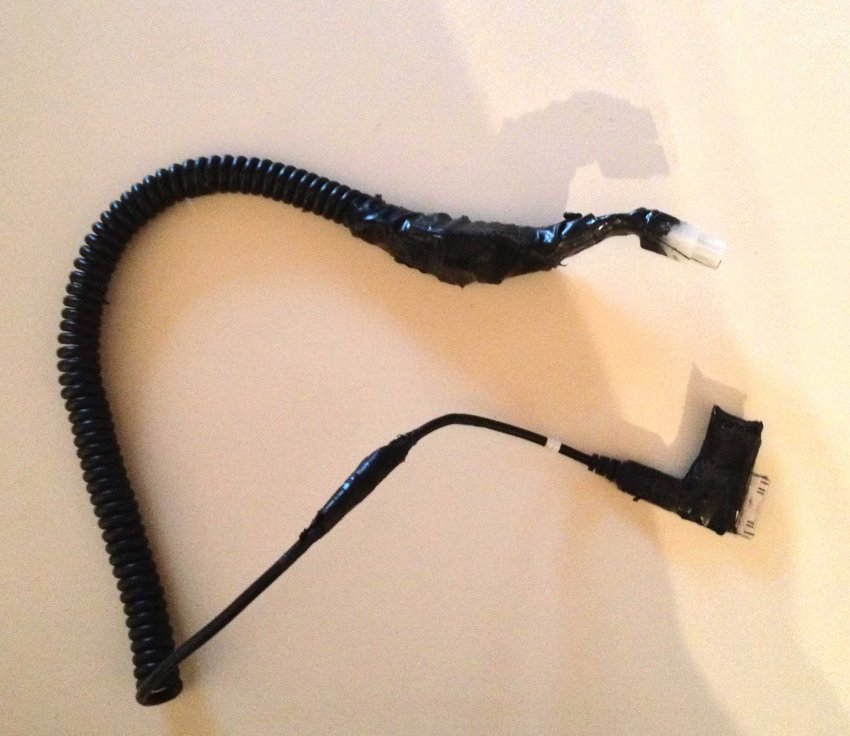 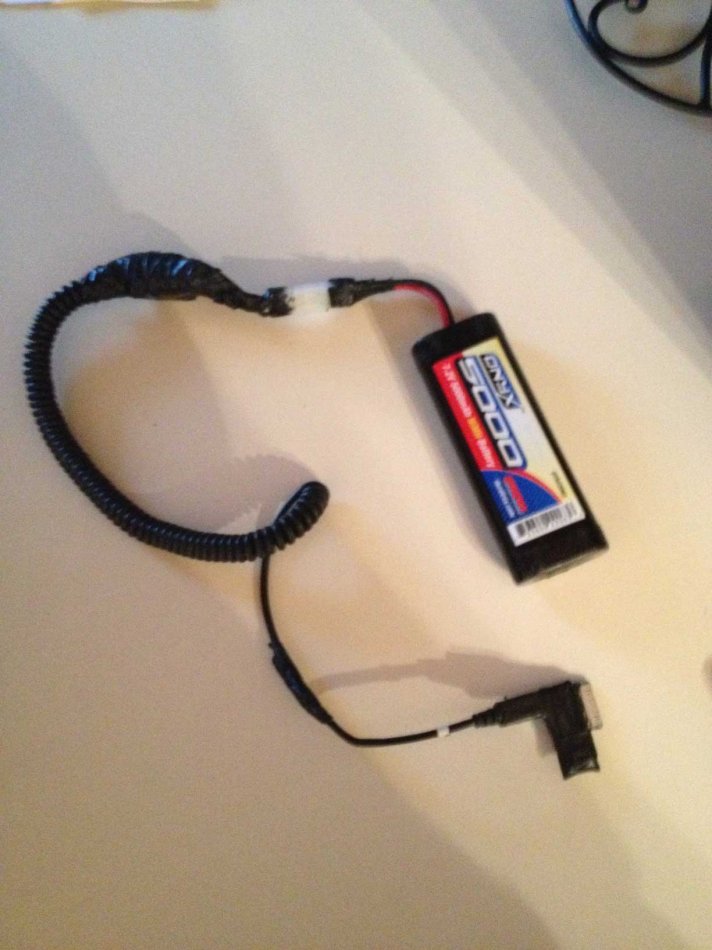 When I made this I just grabbed whatever I had available. If you look closely at the cable you will see I actually used a FM transmitter that attaches to an old Motorola Razor charger cable. My wife used it to listen to her iPod in the car before we got an Aux. jack in the new car. So if you are driving down a dirt road in Canyonlands or Arches NP this summer and your car radio is suddenly taken over by a really load white trash hair metal band from the mid 80's I just might be hiking in the area and listening to music on my iPhone (I hope that made sense to everyone).

Awesome! So 5-6 charges off that one battery?
IG: @backcountrypost

Yes, that is correct depending on the battery. I am guessing a Lipo battery would be even more effective. I will retest the battery shown to make sure. I started with a dead phone/0% charge and charged it each time until it reached full/100%. This 7.2 V 5000 mAh battery when fully charged overnight will charge my phone about 5 times (I'll confirm with an exact number). The 1800 mAh battery will charge it 2 1/2 times.

Also, the math adds up. The 1400 mah Li-On iPhone battery has roughly 1/5 the output of the 5000 mah NiMAH. I just eyeballed the equation used to compare the battery types but it looked close.
You must log in or register to reply here.
Similar threads