Dale Peak was the hike of choice today. The weather here in Salt Lake was once again perfect for this time of year, with mostly sunny skies and high's in the mid to upper forties.

After a nice big bowl of steel cut oats, with some raisins and cinnamon, I headed up Emigration Canyon to the trailhead for Dale's. I reached the parking lot at 7:50 am, and threw on a light fleece after stepping out of the car. The temperature at the trailhead was 31 degrees, and the sun was shining, but I was a little on the chilly side. It wouldn't take too long for me to start taking layers off as I made my way along the ridge towards Dale Peak.

Guess what @Rockskipper? I had the privilege of being joined by Circles (Jeff) on this hike! He's become a tough nut to crack to get to go on these anymore.

On one section along the ridge, where the trail passes through a substantial amount of scrub oak, we turned the corner in the trail and came face to face with a bull moose. As we both seemed to startle each other, I grabbed my camera out of its case to try and get a picture, while the moose made a quick getaway into the scrub oak. It's always a thrill to see a moose even when they are that close.

It took just over two hours to summit, where we stopped and ate a snack, enjoying the views, before returning to the trailhead. 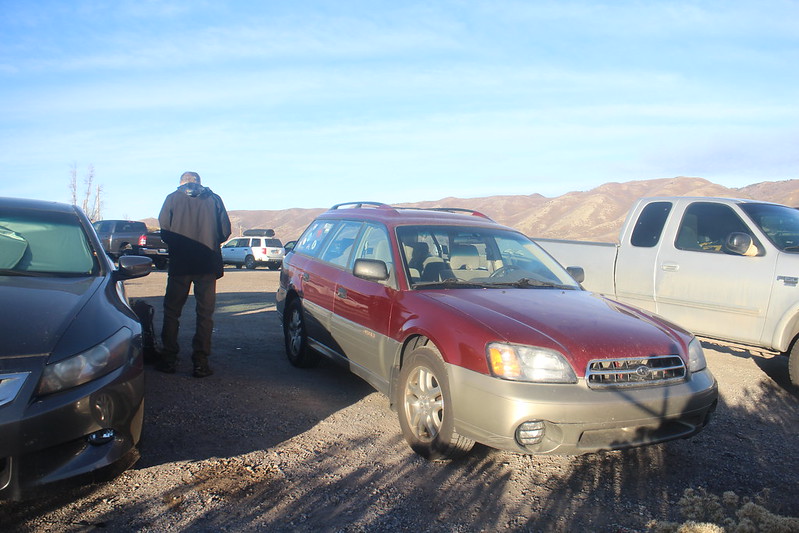 Who could that be? The directionally challenged Circles, that's who! 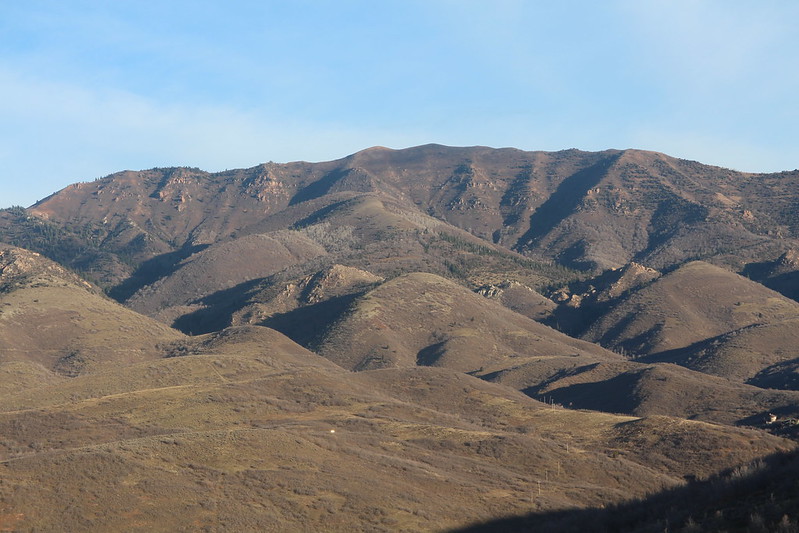 Lookout Peak to the north 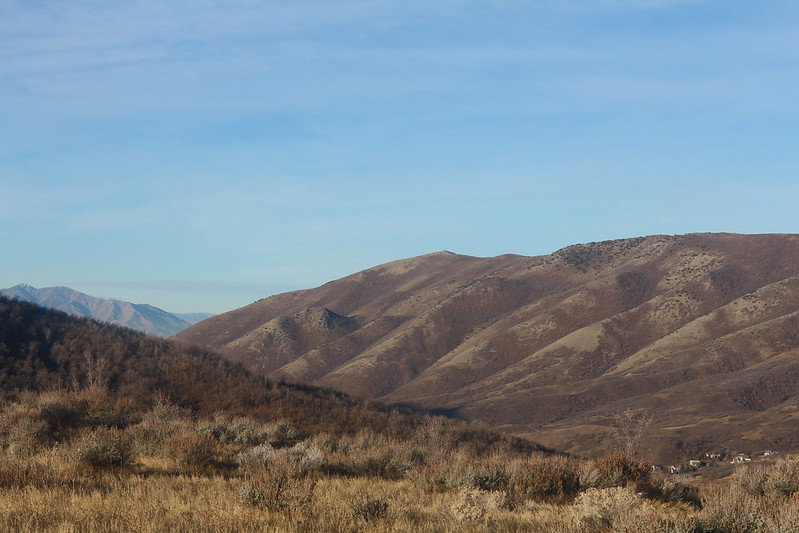 Mount Wire to the northwest 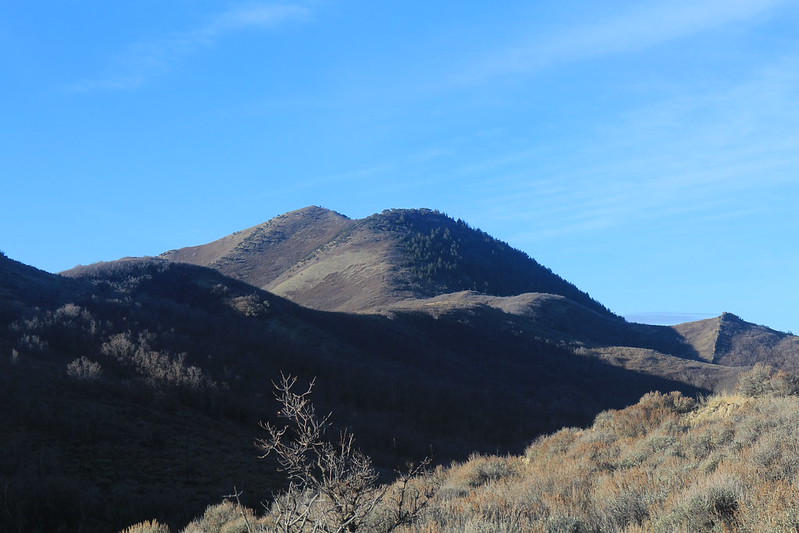 Dale Peak to the west 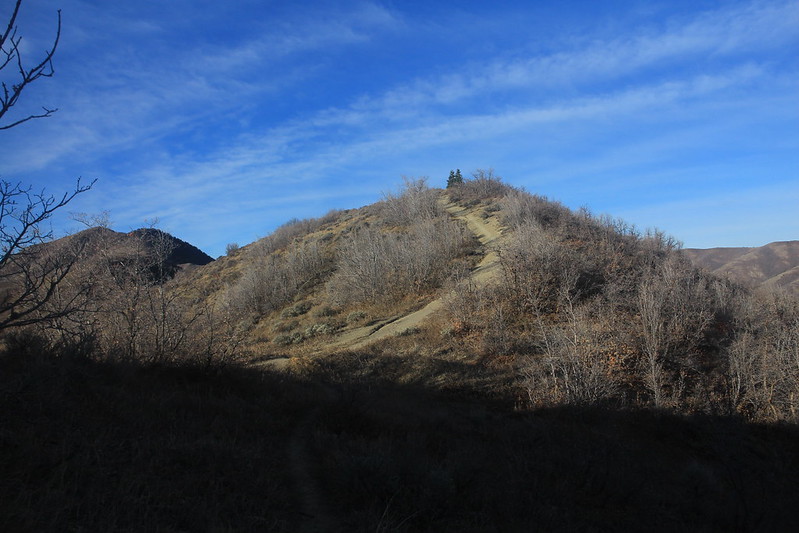 Trail along the ridge 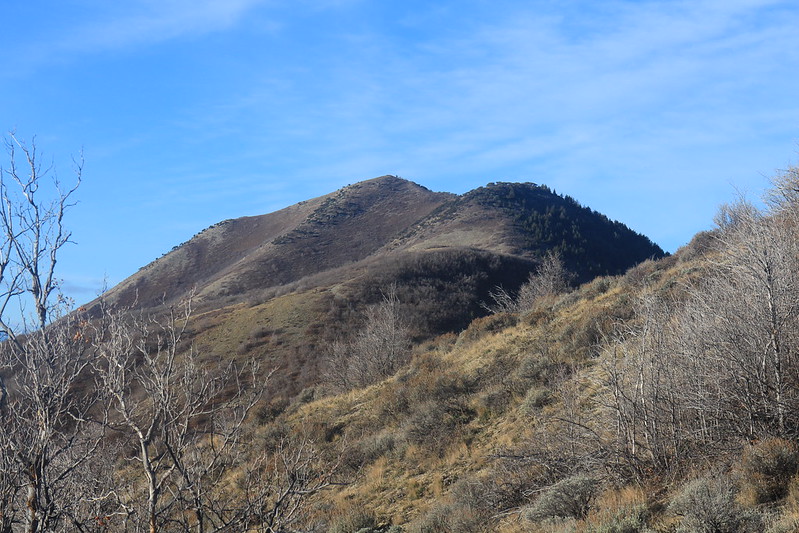 Close up of Dale Peak 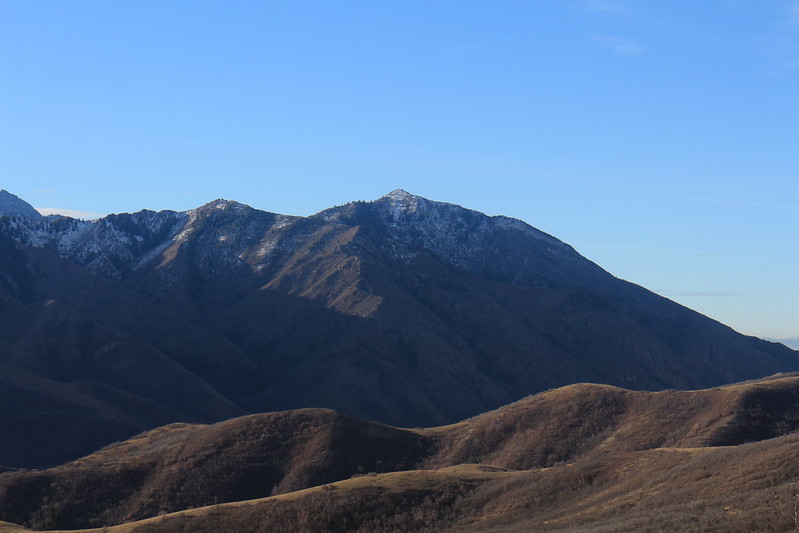 Grandeur Peak to the southwest 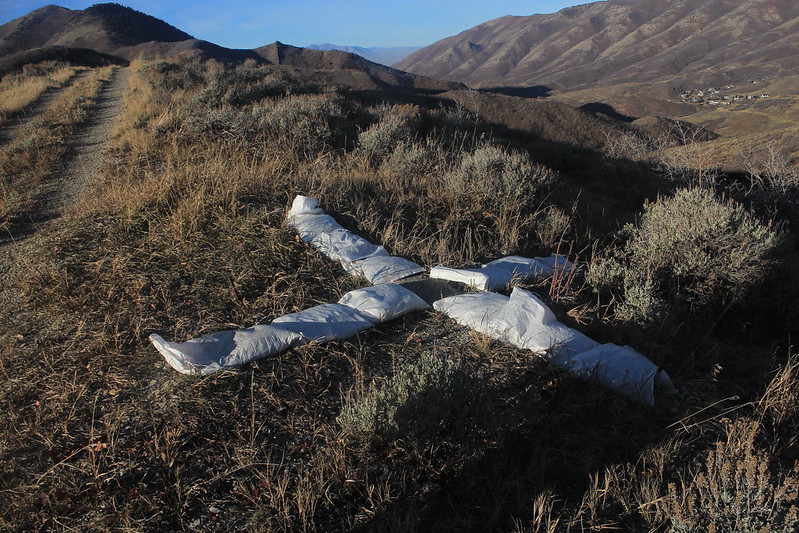 An aerial acquisition target on the ridge 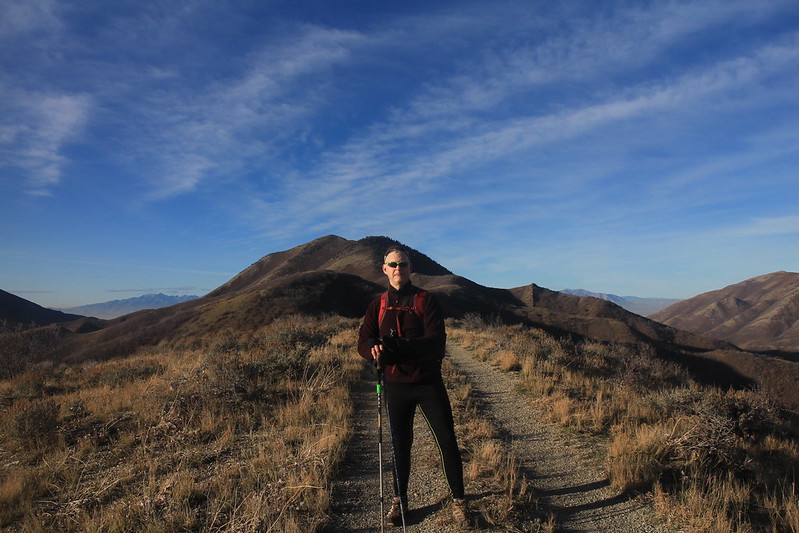 About time for me to lose this fleece, as the day begins to warm up 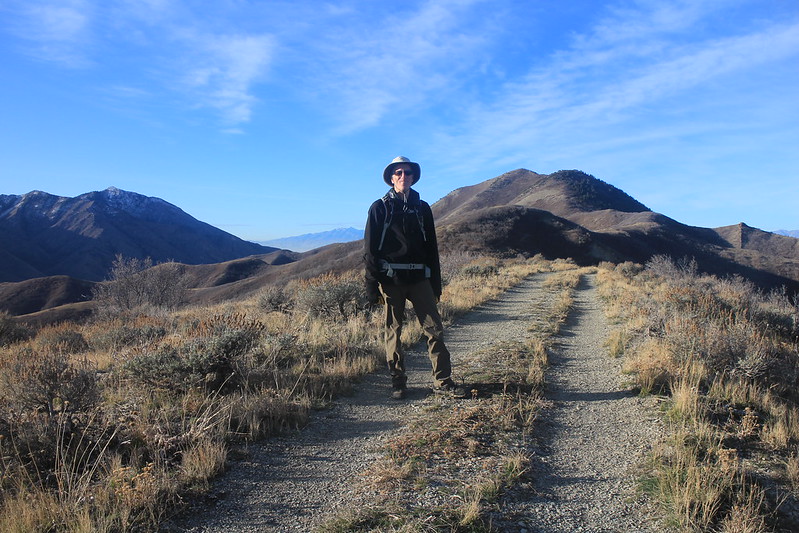 The one and only Circles! 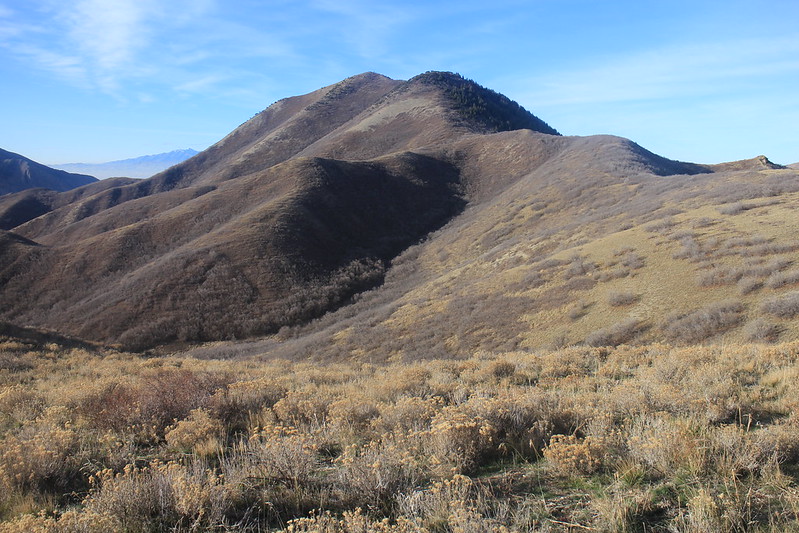 Some elevation gain ahead 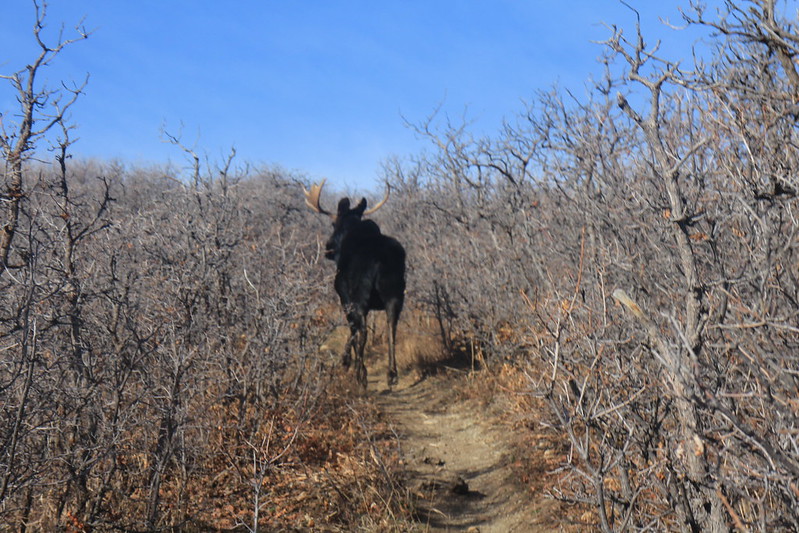 Bull moose on the trail. It is just about to take a left into the scrub oak and go around us to the south. I wish that I could have got
a picture of it looking at me when I first made the turn on the trail. 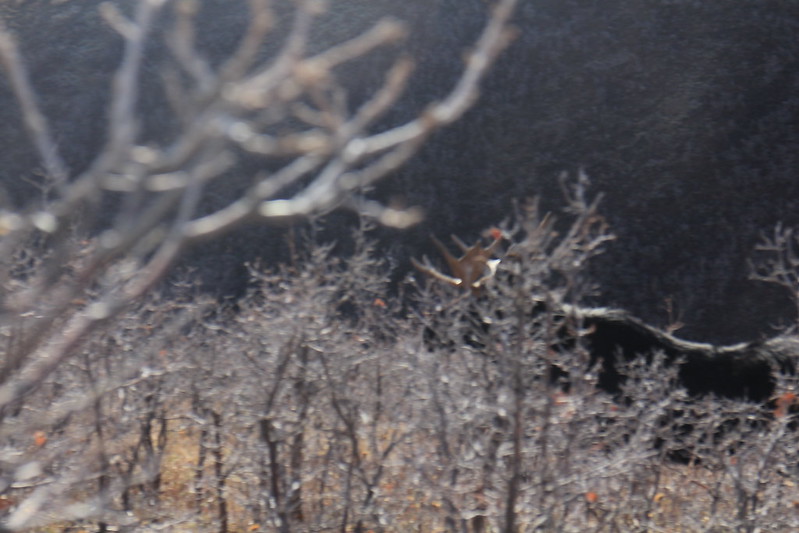 No a good shot at all, but the moose is running through the scrub oak just below us. 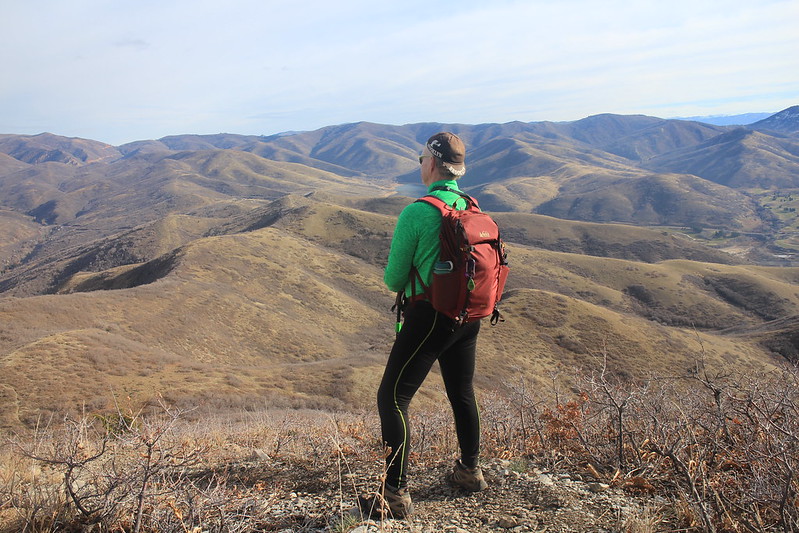 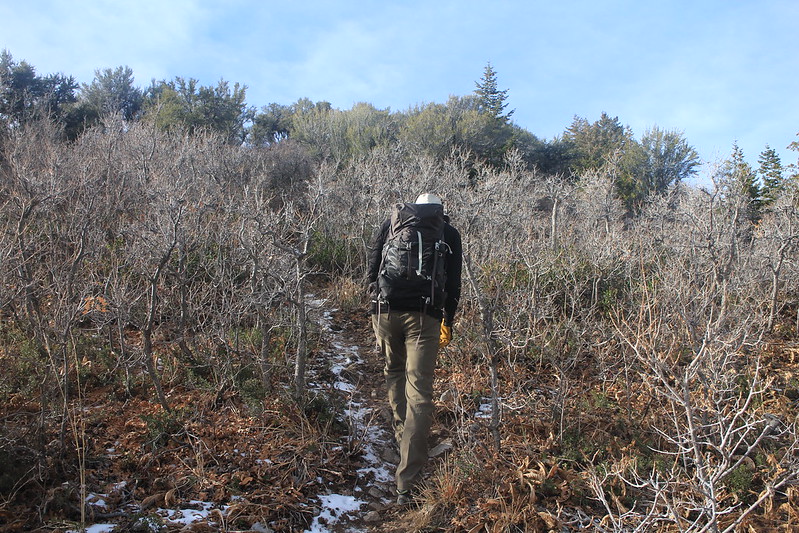 Hitting some snow on the trail 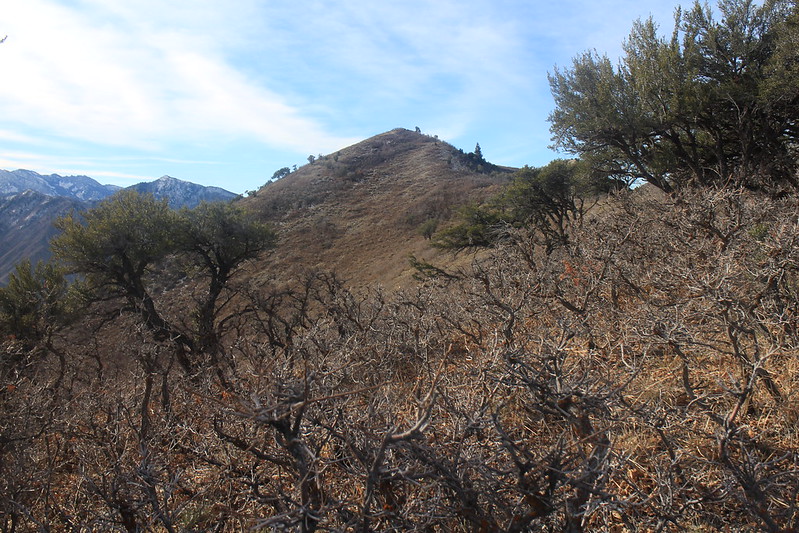 Almost on top of the false summit, with the true summit ahead 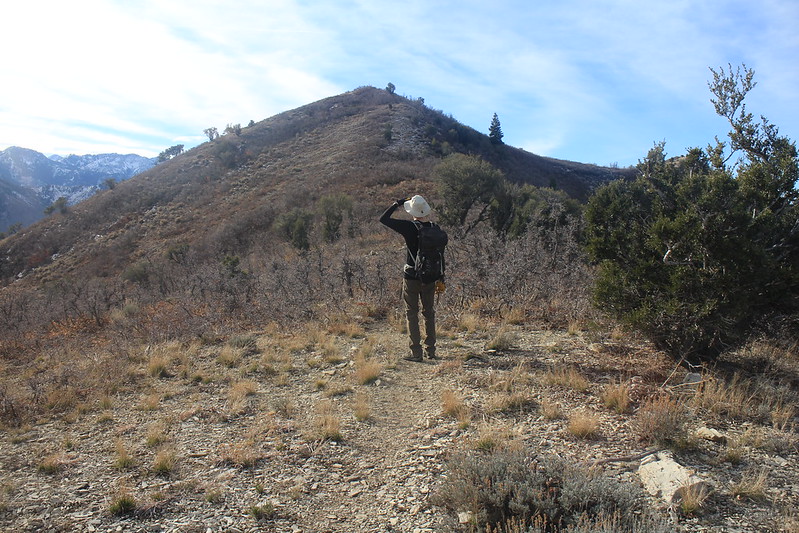 I think Circles is about to turn and ask for directions to the top. 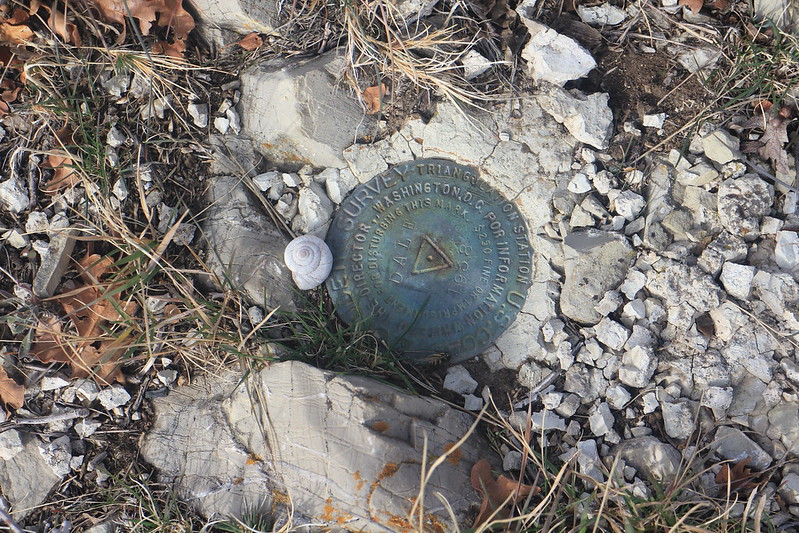 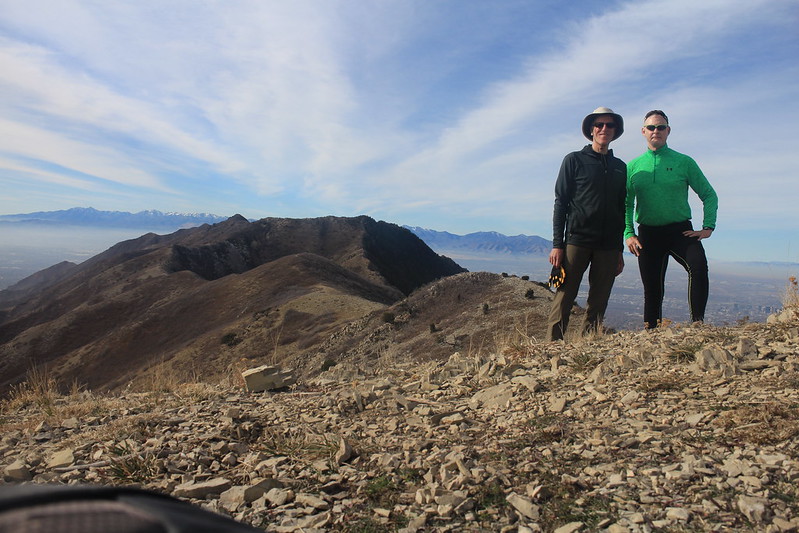 Summit shot, with Parley's Ridge running to the west 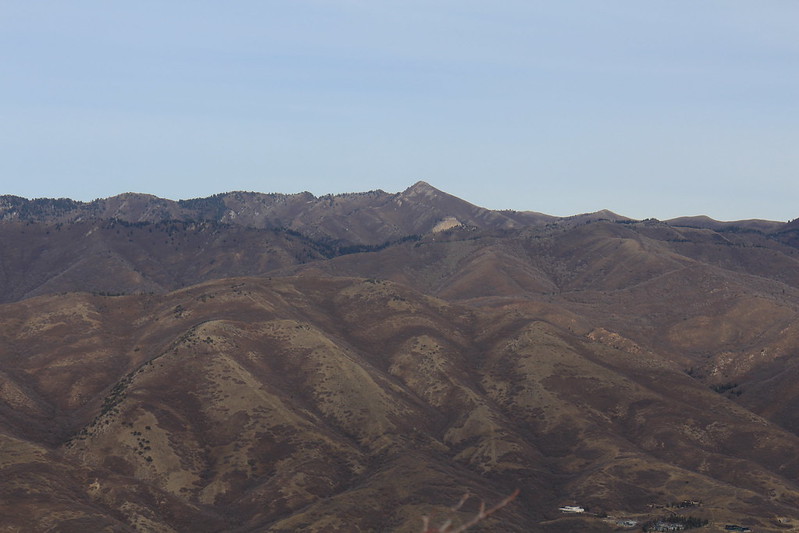 Grandview Peak to the north. There is no snow left on Grandview which is unusual for this time of year 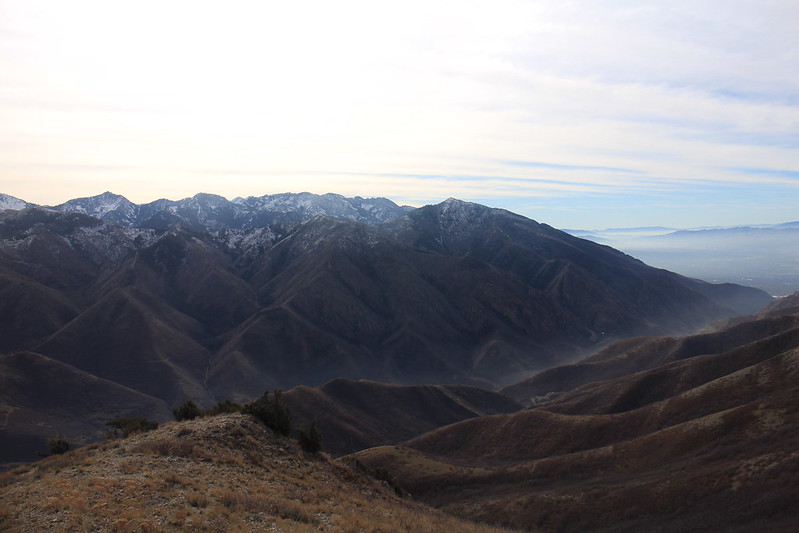 The Millcreek and Wildcat Ridges to the south, with haze building up in the valley, and creeping up Parley's Canyon too. 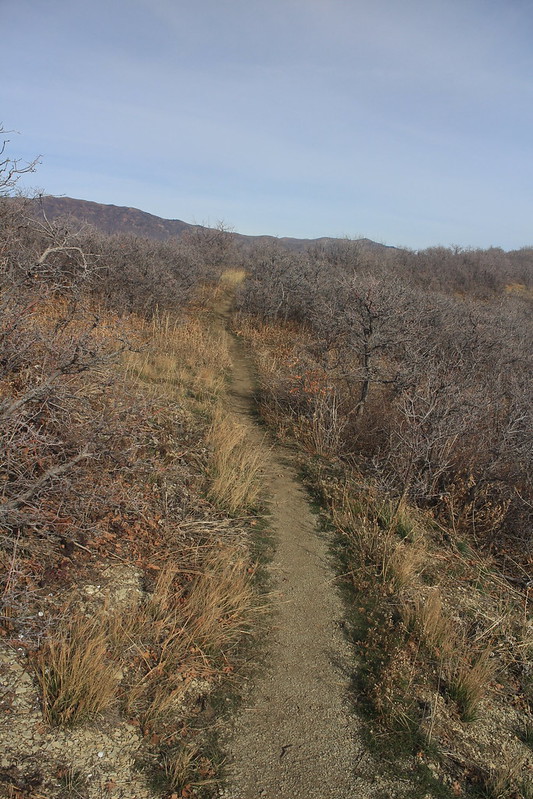 The trail back to the trailhead 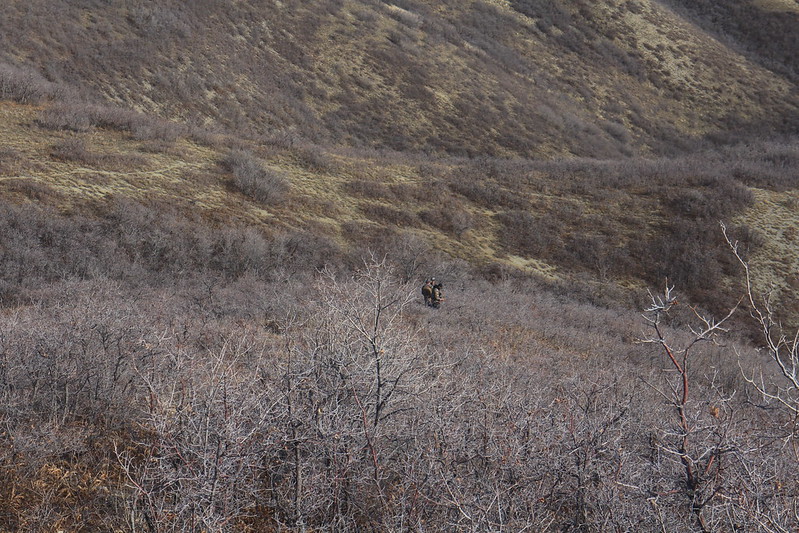 We ran into three bow hunters on our way down. 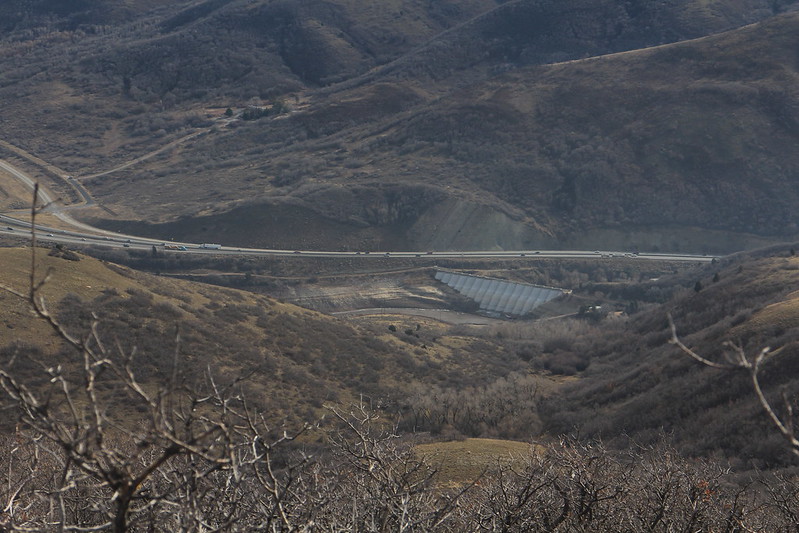 Mountain Dell Reservoir is essentially dry. I-80 below. 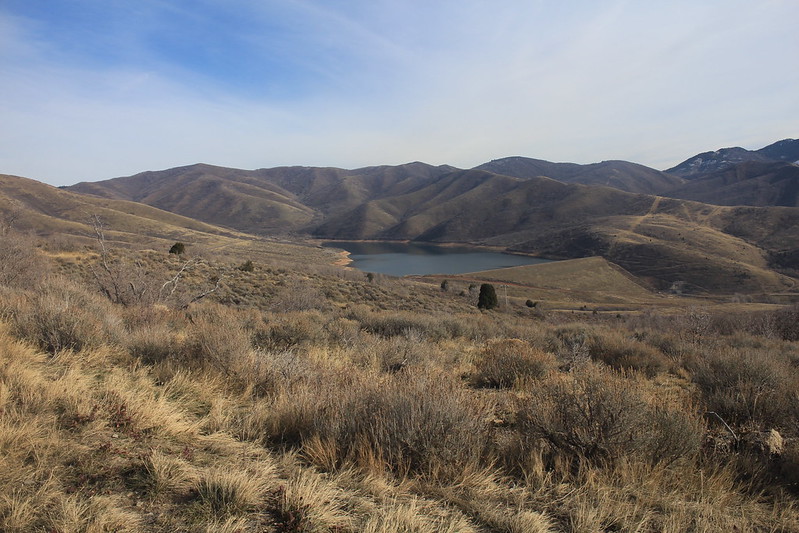 Little Dell Reservoir still has some water though 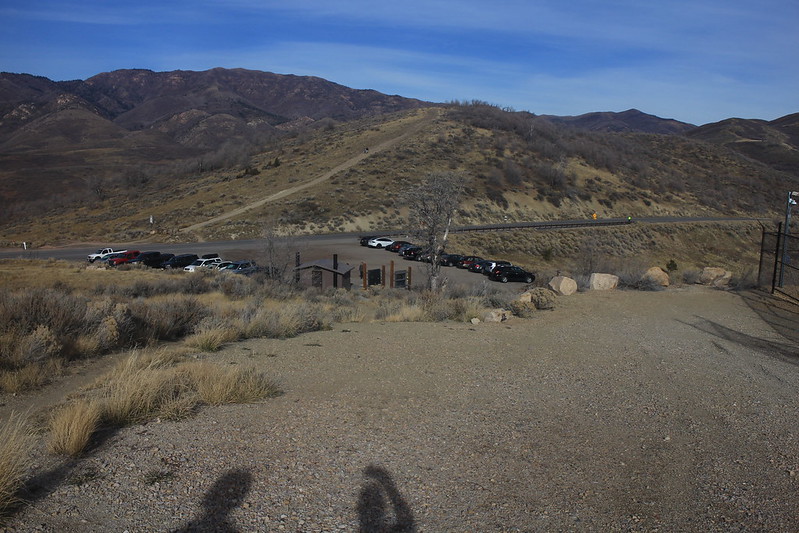 Almost back at the trailhead.

Awesome moose encounter! Looks like a great morning out!
K

Now Scatman, Love Love Love your Trip Reports and all of these outings that you take. Good For You! Wishing You the Best!
' At The End Of The Road Where The Trails and Life Begins ' - Message on a sign near Cody, Wy.

Yes, it's always special when you get to see one. It's been a long time since I was that close to one though. My wife (girlfriend at the time) and I were backpacking in the Uintas years ago and turned a corner in the trail and there was a bull moose straddling the trail maybe 15 feet in front of us. He didn't bolt off like this one did, he just looked at us without moving. We were the ones that had to alter our path that day.
Last edited: Nov 30, 2021
You must log in or register to reply here.
Similar threads