In mid-December, I stayed a few days in Heber, so I could head out from there to several ski areas to cross-country ski. After a few stormy days with lots of new snow, I decided to cross-country ski in the Uintas. With some help and recommendations I received from this awesome forum, I headed out on a Monday morning. The temperature had dropped to below zero the previous night and was a bit frigid when I started. I decided to ski the North Fork trail because it seemed to have the most interesting change of landscape to me. There were some rolling hills and a few short climbs, but nothing too serious. The trail was already broken but it was still an awesome morning out. I saw no one else and enjoyed a great day in fresh powder. 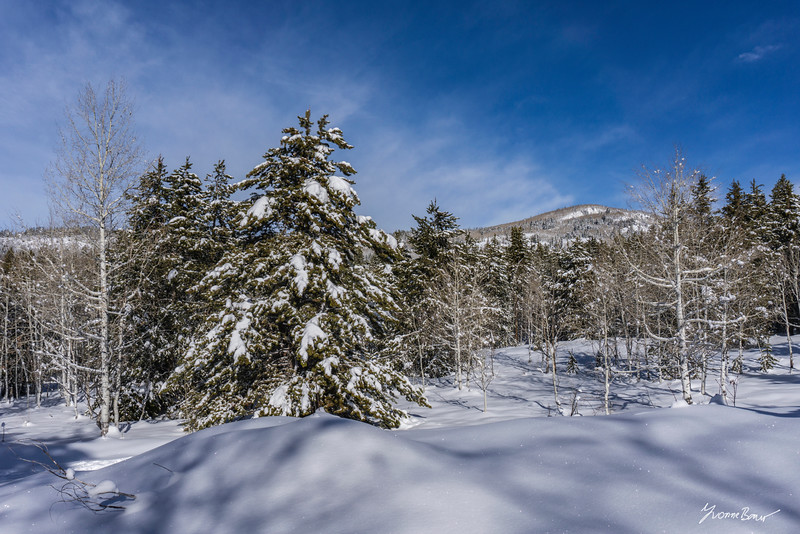 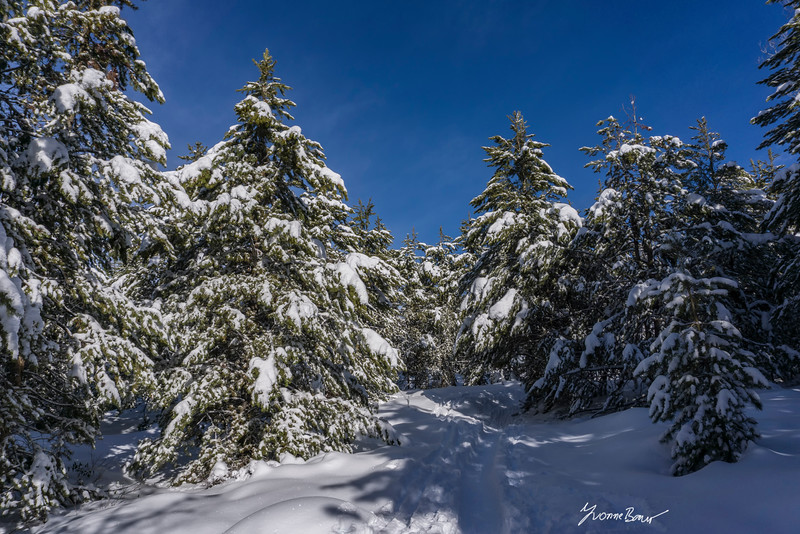 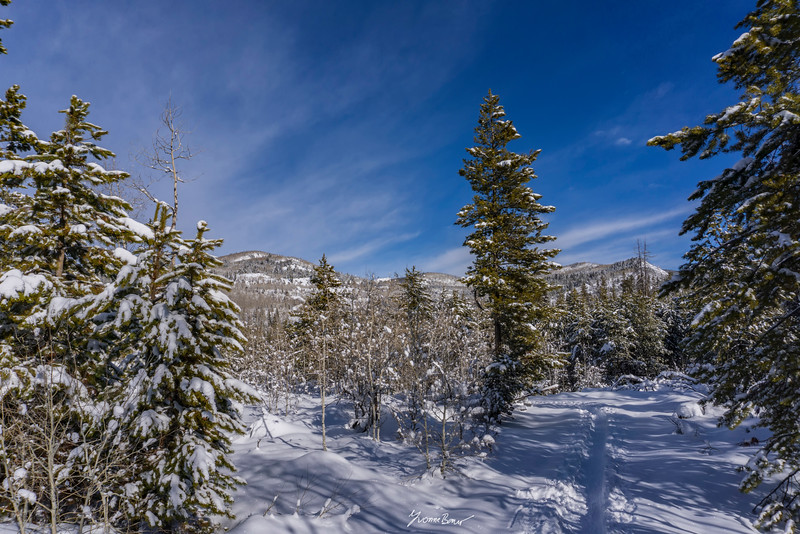 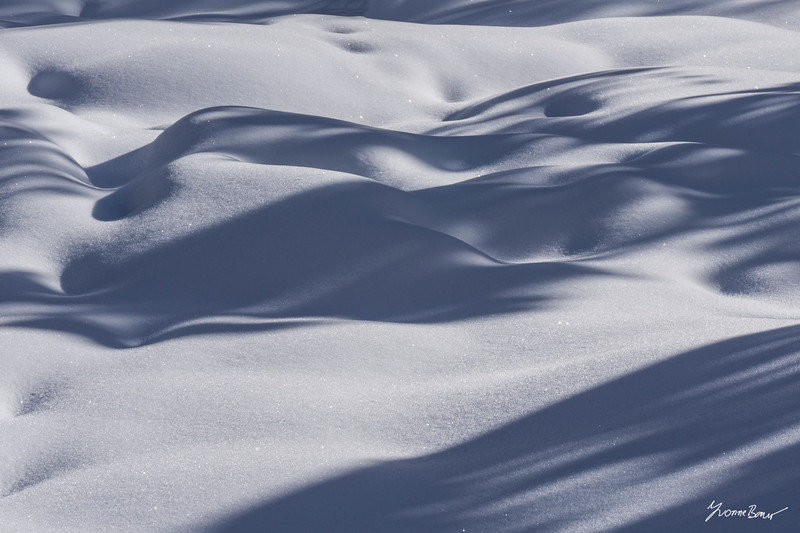 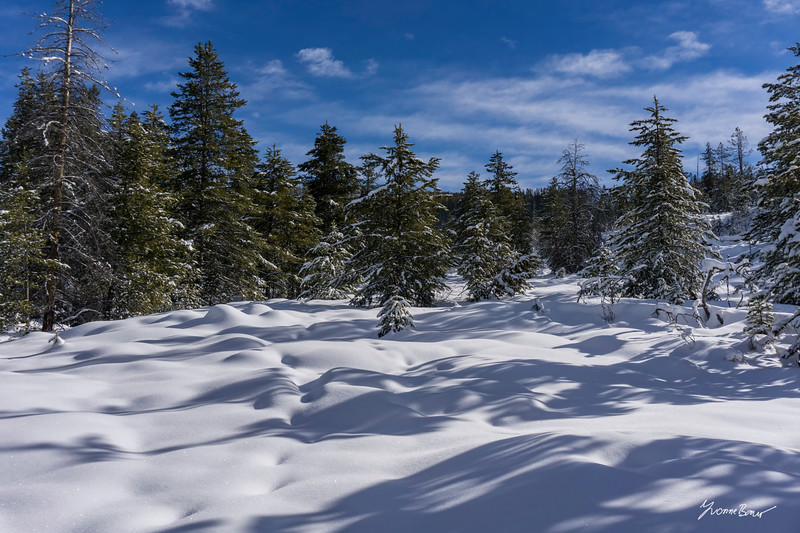 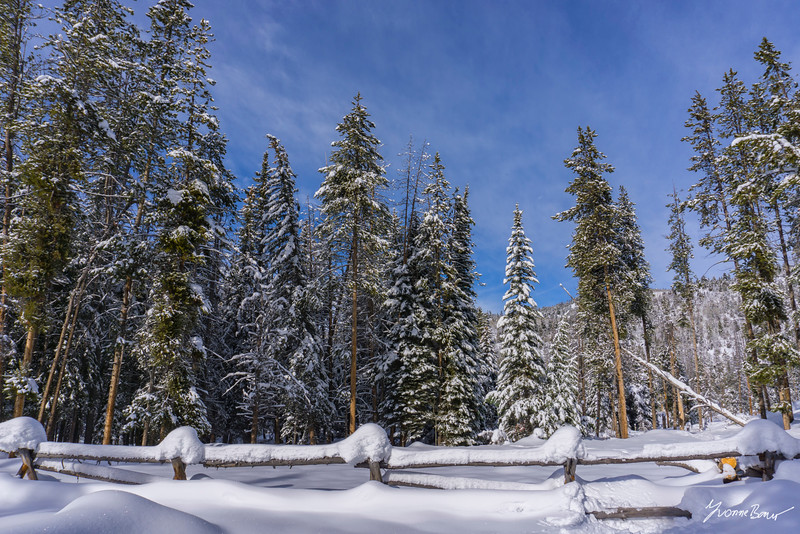 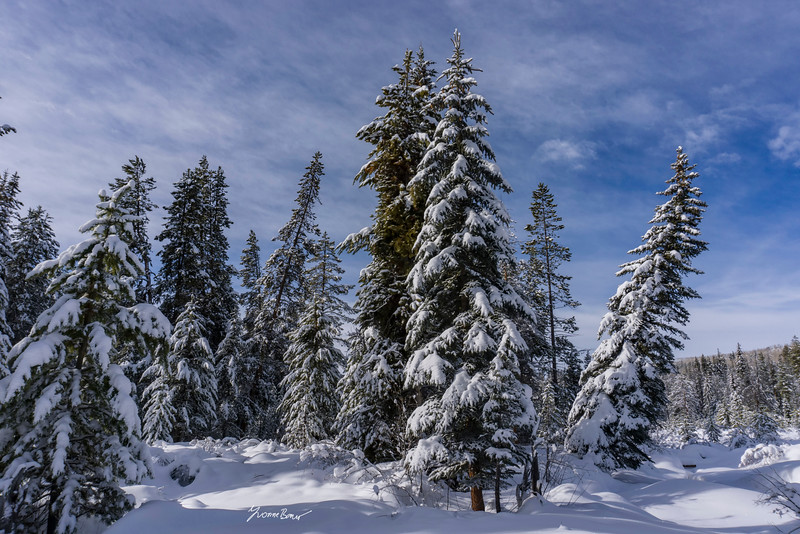 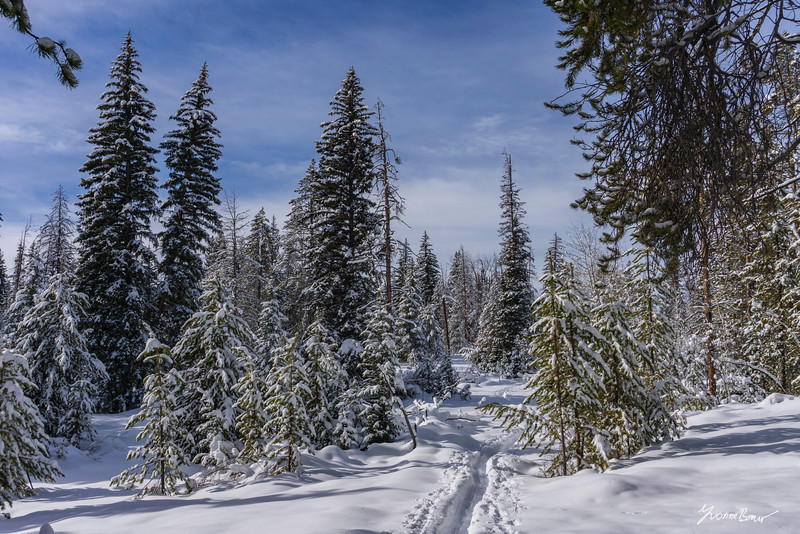 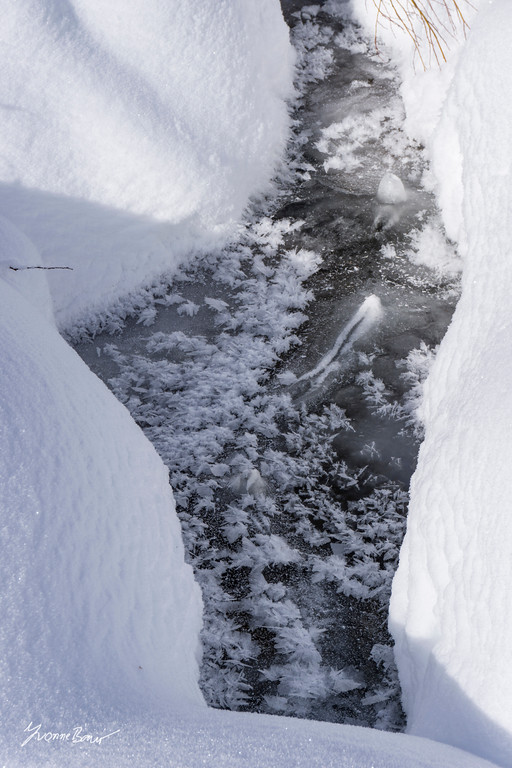 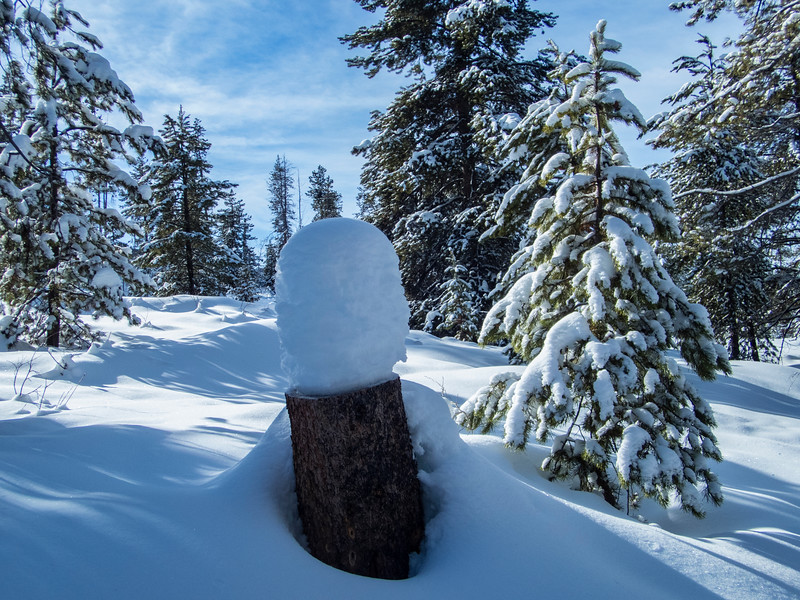 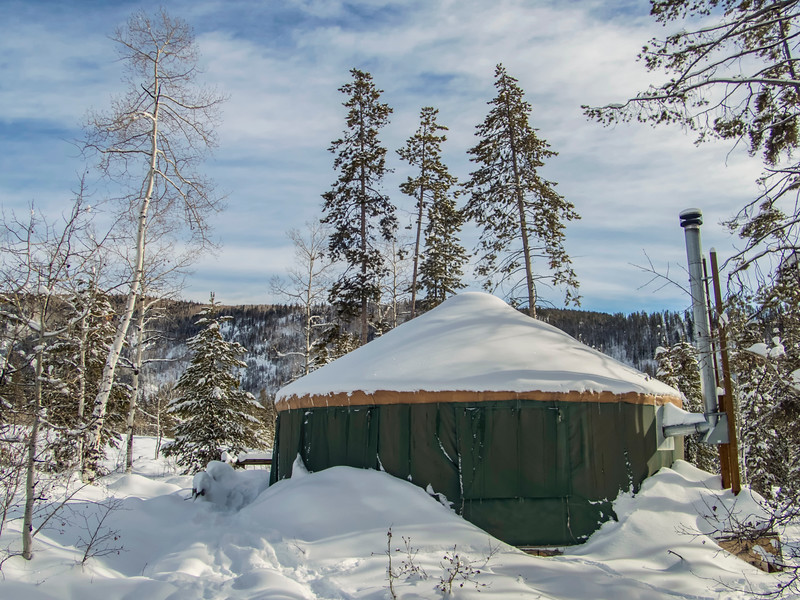 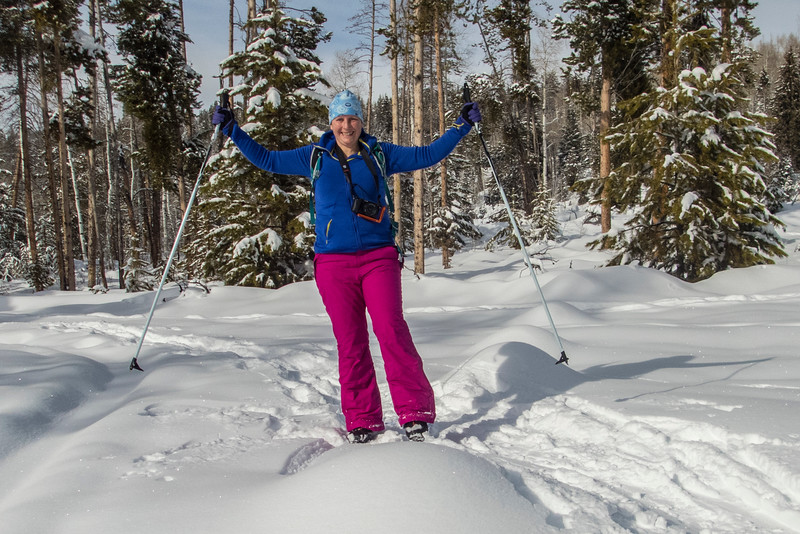 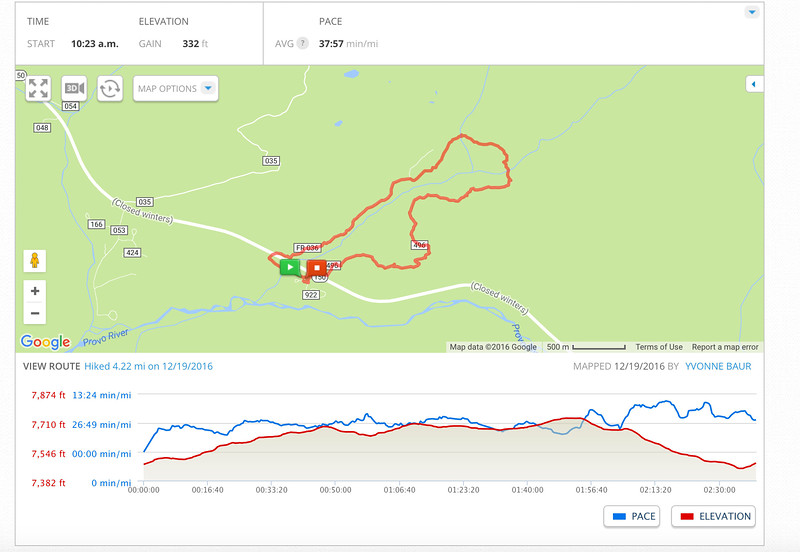 It was a fun day out and could definitely do the trail again
http://yvonnebaurphoto.smugmug.com/

That's awesome! Definitely on my list for some 'shoein'

That looks like a blast. Who is it the manages the yurt? I keep trying to talk my wife into doing a snowshoe trip to a yurt but she thinks spending the night outside in the winter is crazy, even if it is in a yurt.

What was crossing the North Fork Provo River like this time of year?
\
Follow me on IG: canyon_country_groovers
/

Nick said:
What was crossing the North Fork Provo River like this time of year?
Click to expand...

It was completely frozen and covered with a few feet of snow, but you could hear it flowing underneath you. It was the only clue I had that I was actually crossing the North Fork Provo River.
http://yvonnebaurphoto.smugmug.com/

Awesome. I camped there at the crossing when it was flooding one year. We couldn't find a way to cross it safely.
\
Follow me on IG: canyon_country_groovers
/

Nick said:
Awesome. I camped there at the crossing when it was flooding one year. We couldn't find a way to cross it safely.
Click to expand...

I've never been to that part of the Uintas before, it was fun to see it all covered in snow.
I definitely have to see it at one point without snow this summer when heading back to some of the other areas I want to backpack.
Next time I go skiing in the Uintas I will definitely do Shingle creek.
With all the snow this winter it must be a fun trip as well.

I wonder if there are regulations regarding snow camping. It would be fun to ski or snowshoe in somewhere and then snow camp for a night.
http://yvonnebaurphoto.smugmug.com/

No extra regs for snow camping.

Shingle Creek is much steeper than the North Fork Trail.
\
Follow me on IG: canyon_country_groovers
/

Shingle Creek is much steeper than the North Fork Trail.
Click to expand...

I heard that.
So it's probably better to snowshoe or get some climbing skins for my skis
http://yvonnebaurphoto.smugmug.com/

You'd definitely need climbing skins and going back down would be really scary if you weren't full on downhill skiing.
\
Follow me on IG: canyon_country_groovers
/

Nick said:
You'd definitely need climbing skins and going back down would be really scary if you weren't full on downhill skiing.
Click to expand...

that's next on my bucket list, get into downhill skiing
But until then I will plan a winter trip to do Shingle Creek with snow shoes. Sounds like fun, too
http://yvonnebaurphoto.smugmug.com/
You must log in or register to reply here.
Similar threads