I've often recommended Clarence King's book, Mountaineering in the Sierra Nevada, as one of my favorite books about the Range of Light. King writes beautifully, and his perspective as a member of the Whitney survey that really put the Sierra on the map (literally) is quite wonderful.

Over the years, I've heard some complaints (mainly from geologists) who have suggested that King may have exaggerated his own role in the survey party, and I'm in no position to disagree with those. But he is a writer, and a good one, and he tells absolutely wonderful stories about the Sierra in the very earliest days of the exploration of that range by the United States. 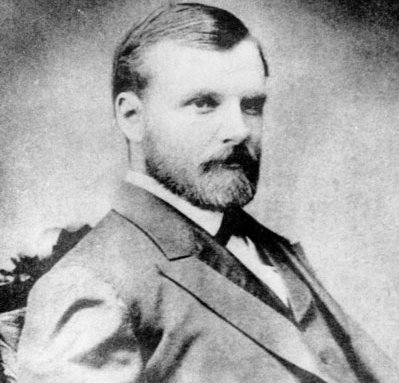 The book is now out of copyright, so you can find versions on the internet for free. No excuses!

But as I was doing some research on Clarence King for fun, I came across the rest of his story. And it is quite remarkable. It turns out that in his capacity as a geologist working on the 40th parallel survey, he investigated and exposed one of the biggest diamond mine frauds in the US, and gained international celebrity because of that. He also saved untold numbers of people who were going to invest in that mine.

And in a completely unrelated story, he led a remarkable double life in his later years. He somehow managed to pass himself off as an African American railroad employee, fell in love with a freed slave woman, and married her. They lived happily for almost fifteen years, he often leaving to work in the West, and she staying behind with their children in Massachusetts. He believed strongly that the future of the human race depended upon inter-racial marriage. Here's a link to his Wikipedia bio....and you can read all about it. More Googling will get you more details

https://en.wikipedia.org/wiki/Clarence_King
You must log in or register to reply here.
Similar threads