Canyonlands: Hiking the Needles and Island in the Sky 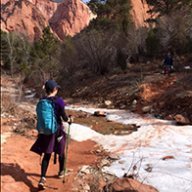 First trip report! Hopefully many more to come. We decided to make a trip down to Canyonlands (a new park to us) at the end of March, hoping for warm weather, clear skies and some fantastic hiking. We got all of that, with only a few minor hitches! On Friday morning we headed out from SLC and after a brief pit stop in Moab, we made it out to the Needles district by 12:30 or so. I had hoped that we could reserve a backcountry site for a couple nights, but due to the rather last-minute nature of the trip, we had to try our luck at the Squaw Flat Campground instead. And almost didn't get a spot. I didn't plan on the whole campground being full at noon on a Friday, but fortunately we ran into a nice couple that let us use part of their spot (hooray for two tent pads!). After quickly setting up camp, we headed out on our first hike to Peekaboo Springs. Another small hitch: not spending a ton of time researching the best place to start hikes. I saw that we could get on both trails for the weekend from the campground, so that's what we did. Only later when we looked at the map, we realized that we could have cut some miles off both hikes by taking dirt roads down to another access point. Oh well! The Peekaboo Springs hike was fairly long from the campground, about 11 miles roundtrip. Fortunately the weather was great, sunny and temps in the upper 60s. We enjoyed winding up and around various canyons and all of the different rock formations. We made it to the springs pretty late in the afternoon, so we didn't get to spend a lot of time there, but it looked like a great place to camp! Pics: 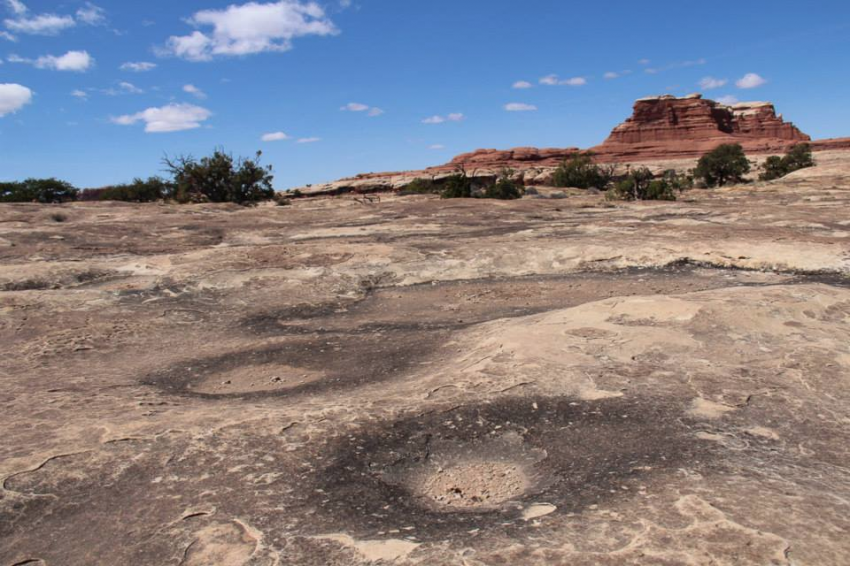 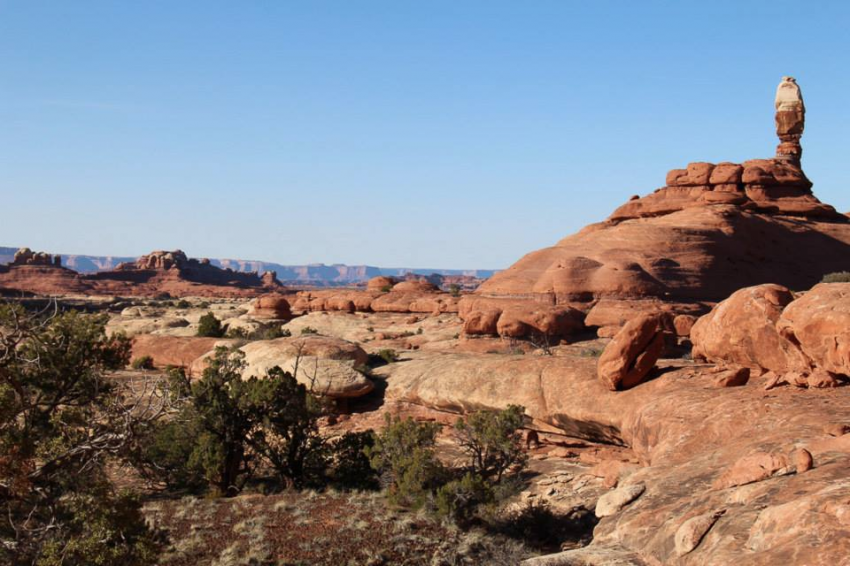 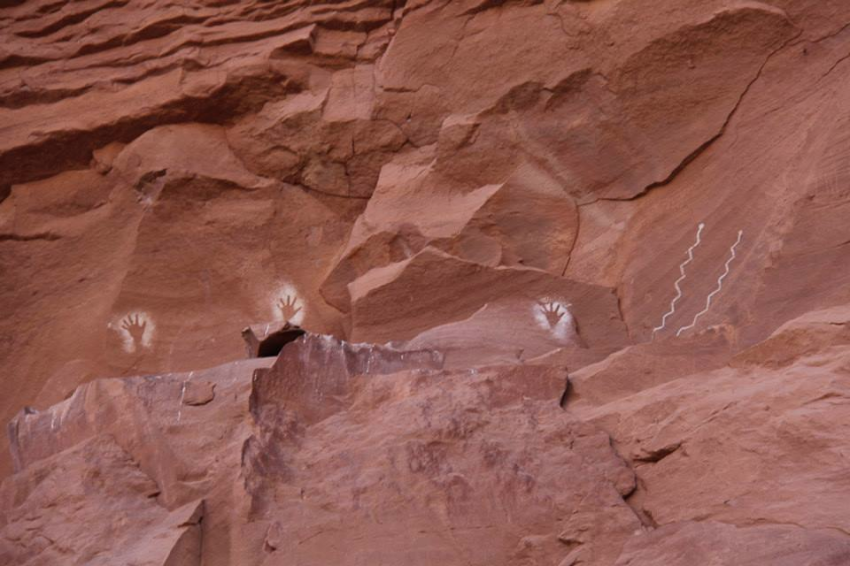 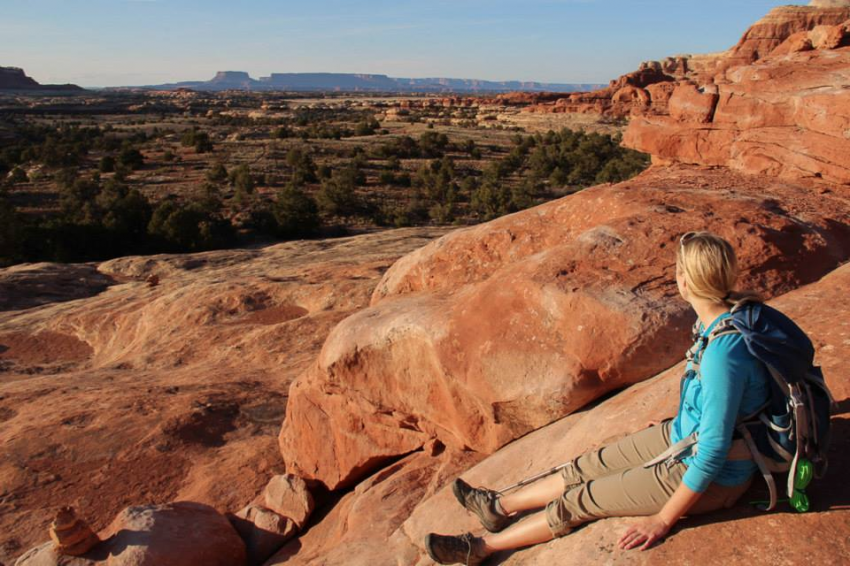 After spending five hours in the car and then immediately taking on a long hike, we were pretty exhausted. We spent the evening chilling at the campground with our new friends, beers, and s'mores, before crashing. Pretty great! Neither of us are early risers so we got up and around at a leisurely pace the next day. Our next hike was to Chesler Park, which I'd heard good things about. Again we started a bit ill-advisedly from the campground, which required a lot of uphill and downhill scrambling over pretty sizeable slickrock walls. But it was beautiful! While we hiked, I was thinking "why is this so popular, it seems pretty difficult!" not yet realizing that we had ignored the most common trailhead. After almost five miles we finally made it to Chesler Park proper. We had hoped to hike the loop and the joint trail, but unfortunately we just didn't have enough energy by then, especially since we knew we'd have to hike another five miles back to the campground. But we did take a break and enjoy some nice panoramic views of the Needles and the snowcapped mountains. More pics: 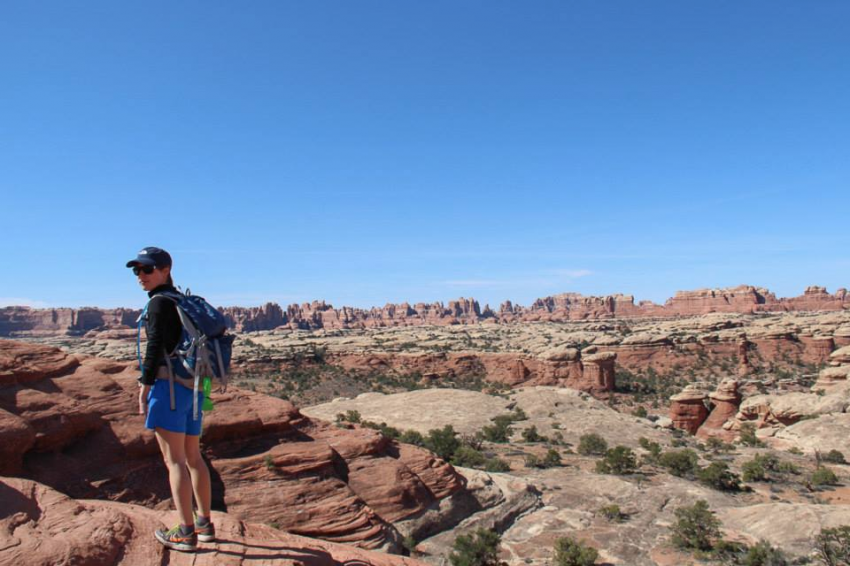 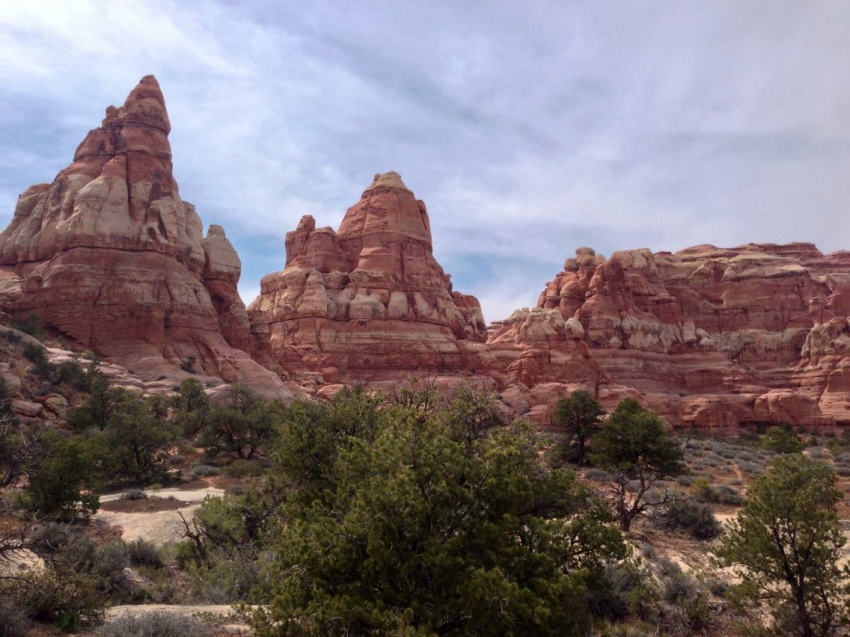 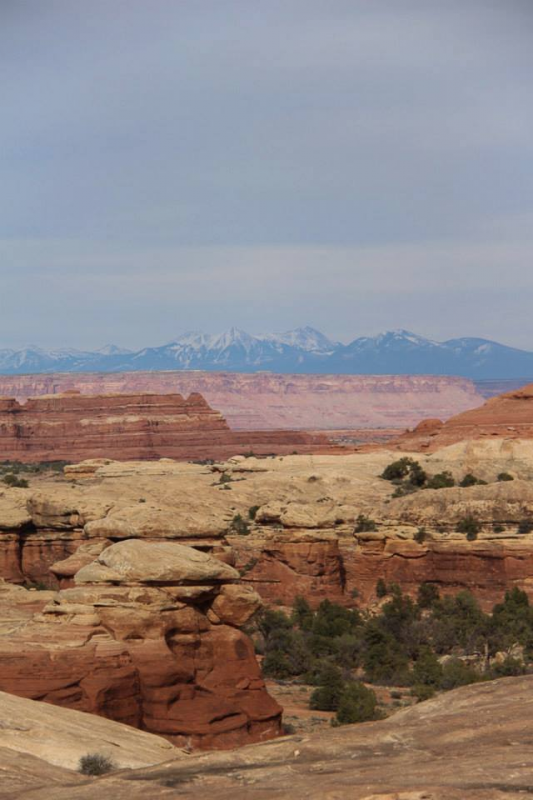 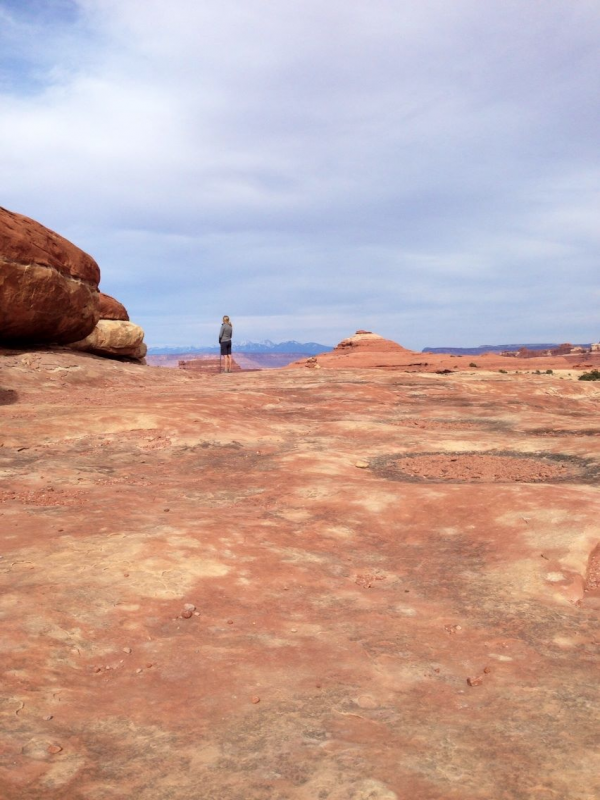 Another day, another long hike. We spend another night in the Squaw Flat campground and packed up the next morning. On the way out, we saw some pretty cool petroglyphs at Newspaper Rock. After lunch in Moab we decided to take a side trip to Island in the Sky. It was a bit out of the way but doable. As we headed there, the sky started to get dark and the wind picked up quite a bit, making for some interesting skies. 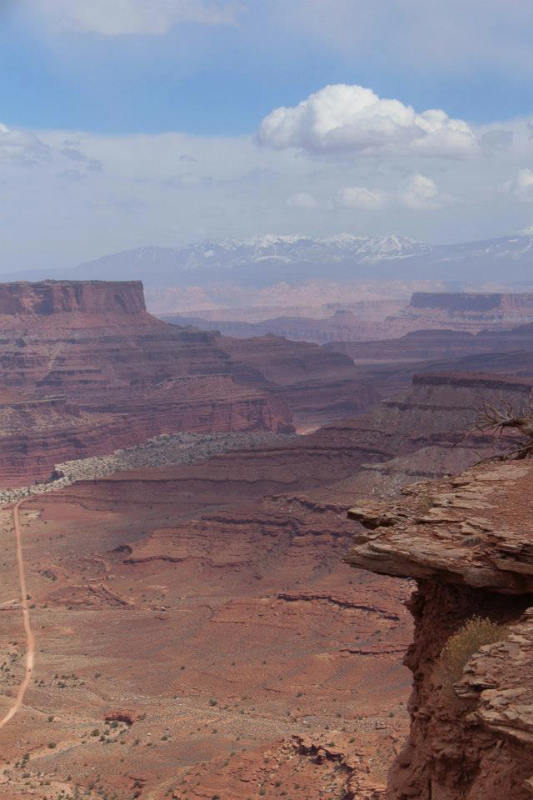 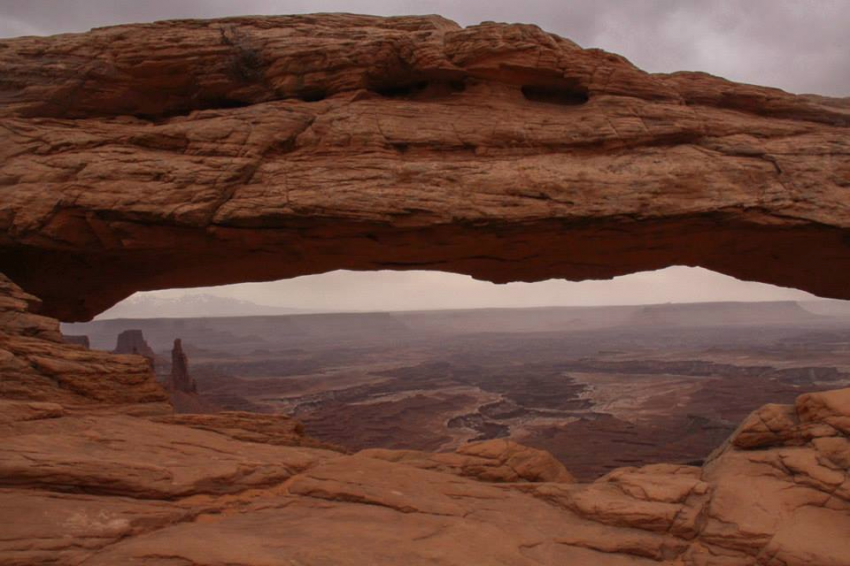 Looked at the forecast and sure enough, it called for super high winds and rain/snow back in SLC. We headed out pretty quickly after looking at that, and it was an interesting drive through dust storms, rain, sleet and snow back home. Despite our somewhat poor planning, we had a great time and can't wait to get back to the area for more exploration!

Oh, and these pics aren't super high-res, I was lazy and copied them straight from Facebook...

Nice. Looks like you had great weather. Peekaboo Springs looks like a nice area - I've never been there. Bummer about the longer hikes due to more distant trail heads. The Joint Trail area is fun. You'll have to check it out another time. =)

The hike to Peekaboo is better from the campground instead of starting near Cave Spring....even though it's longer....the hike up Salt Creek is a sand slog...
Randy Langstraat | ADVENTR.co

Awesome TR and great pics! You may have hiked a little extra but you probably got some nice sections of trail in that are a little less travelled.
IG: @backcountrypost

Thanks guys! Yeah it all worked out in the end, extra work meant seeing some cool spots and every stretch of the trail was scenic. We definitely want to get back to the Chesler Park area and make it out to the Joint Trail and backcountry camp...another time!
You must log in or register to reply here.
Similar threads