Audra and I took a three day trip to Moab over the weekend to do some hiking. She has been absent from my trips lately because she's working full time and doing her MBA at night. So we decided we would take a very laid back trip. We left the dogs at home, booked a hotel and set out for Moab.

We made a quick stop at whats left of the town of Thistle, Utah. This city was flooded when a land slide blocked the Spanish Fork River in 1983. The town ended up under 300 feet of water, it took months to drain it and restore train and highway traffic to the canyon. Read more about that on Wikipedia. 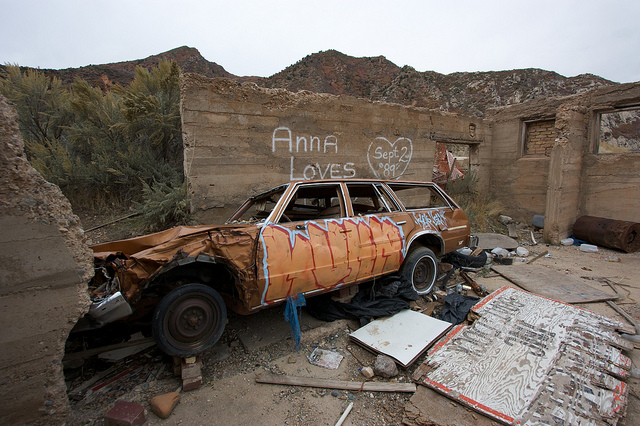 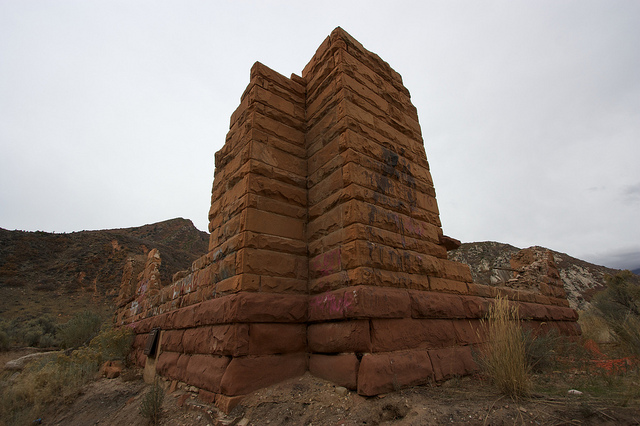 When we made it to Arches the rain was already coming down but it was light. The first hike we did was to The Tunnel, an odd arch/formation that has a pretty high chance of solitude given that it's actually in Arches National Park.

Audra on the Hike to Tunnel Arch. I think it was about 1.5-2 miles each way. I logged 4.3 on my GPS but we kind of went off track at first. The hike in was just a mist that was actually really nice to hike in. 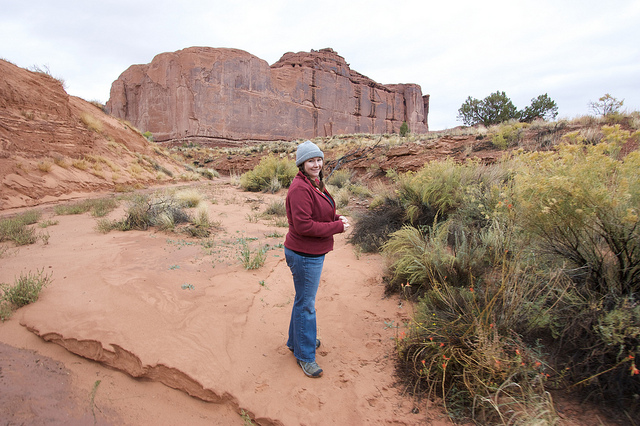 Tunnel Arch is something like 4' wide and 5' tall and goes like 100' through a fin and comes out the other side. 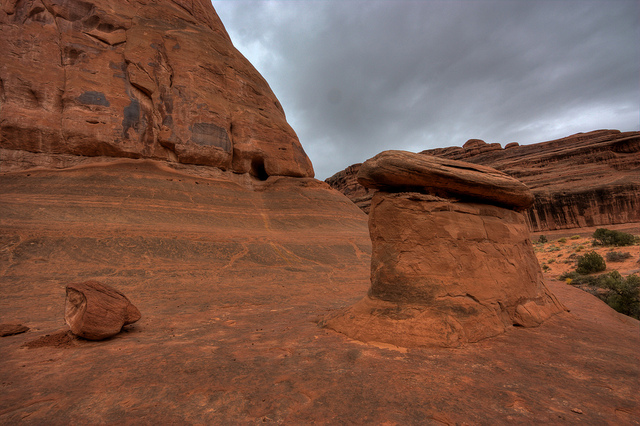 Unfortunately, we were unable to actually get into the tunnel because the rock was so slick from the rain. The closest I could get was about 10' below, my boots just weren't sticking like they should. You can see the streaks on the rock where I kept sliding back down. 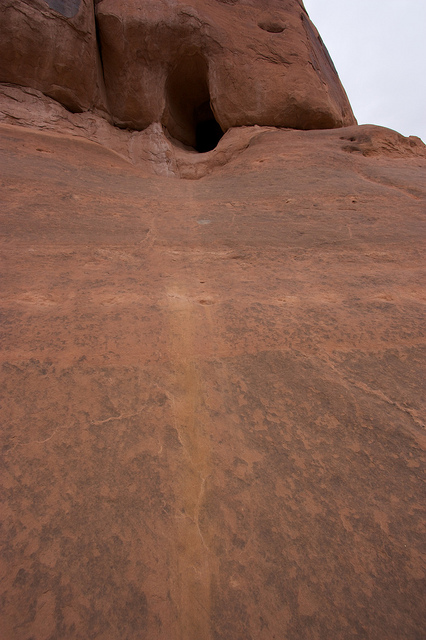 The view down the canyon from Tunnel Arch 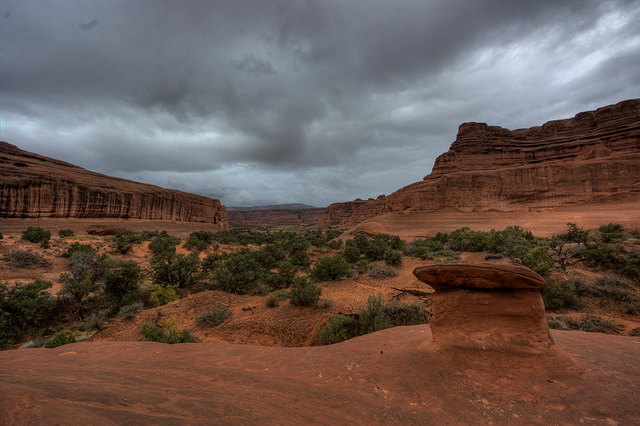 Audra taking a little break from the rain under an overhang. 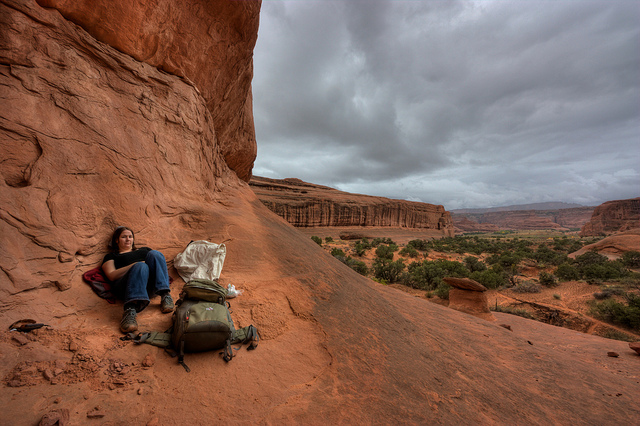 On the way back to the car the rain picked up pretty good, especially off towards Courthouse Towers. 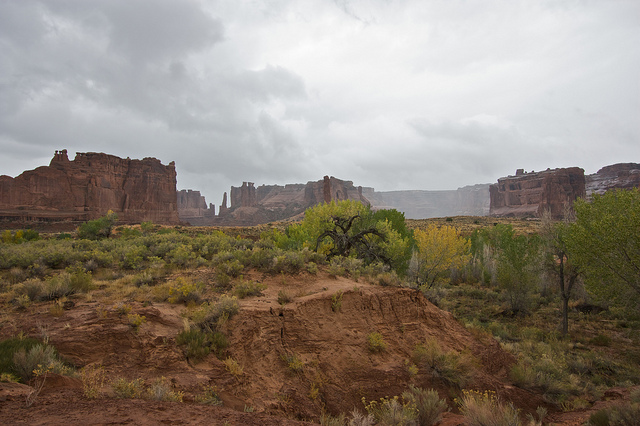 Some parts of the trail became quite muddy and slippery 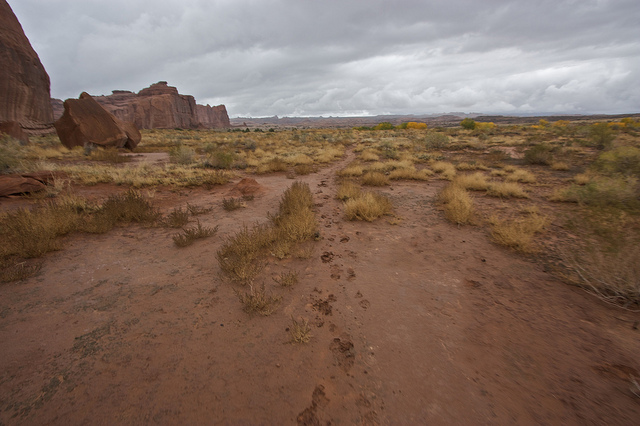 After The Tunnel we had planned to hike Delicate but the rain was really coming down and we were already soaked so decided to just drive around and check out the roadside attractions.

This is at The Garden of Eden view point with the rain really coming down. 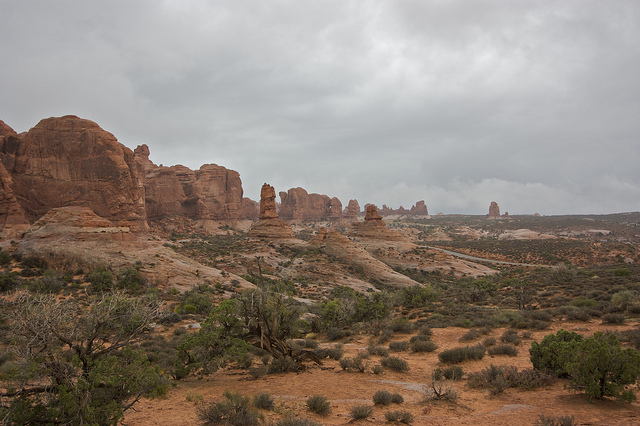 On the way back out to Moab we stopped near Courthouse Towers and were lucky enough to watch a very tiny flood come down the wash. 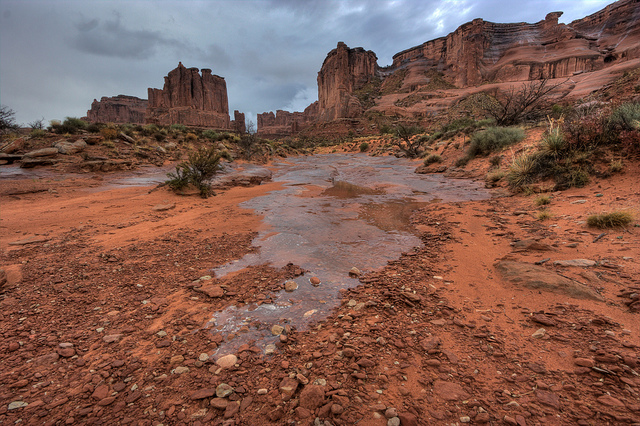 A little time lapse I did of the micro flash flood 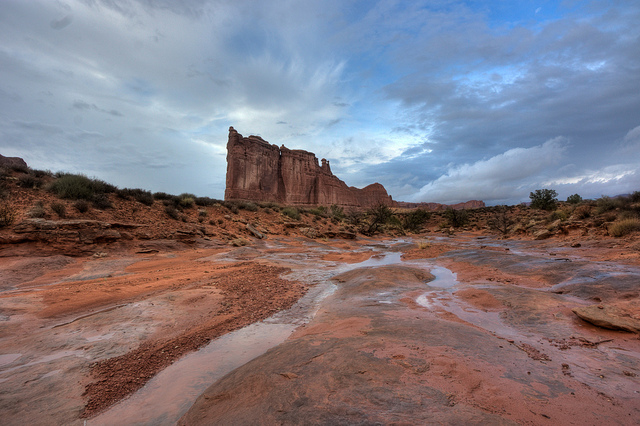 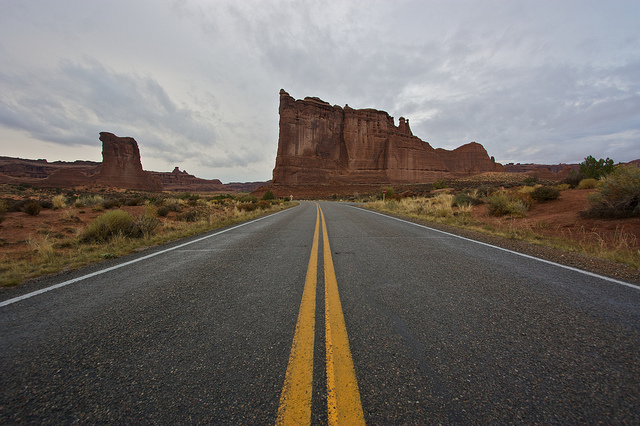 The next day we had some big plans for hikes in the Island in the Sky district of Canyonlands but those were put on hold when Audra woke up early Saturday with some wicked food poisoning. We delayed our departure for a several hours and decided we would just head out and see what she felt up to.

Our first stop was at Mesa Arch. 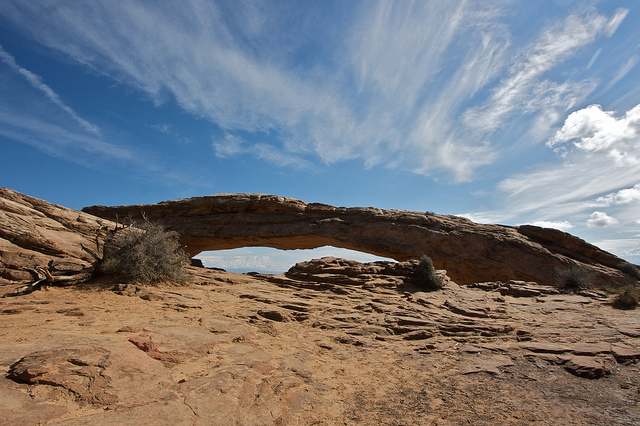 The view from Mesa Arch. It's hard to see but Washer Woman Arch is way out on that distant point. 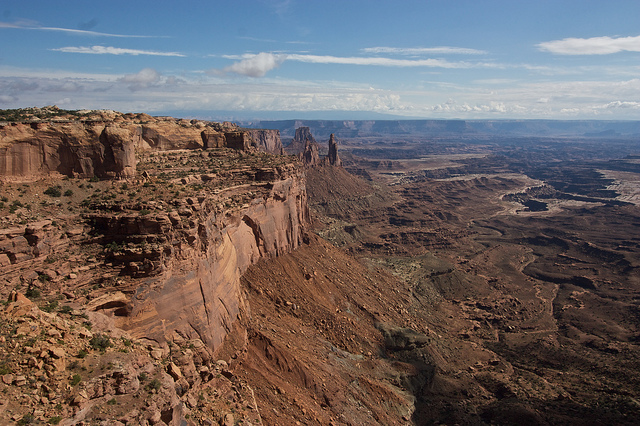 The classic shot of Mesa Arch but at the wrong time of day. 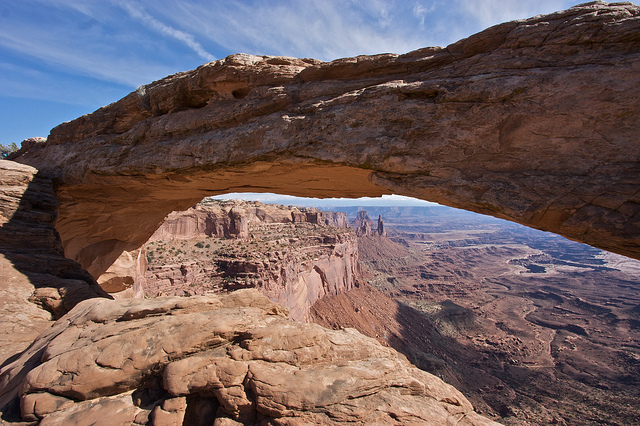 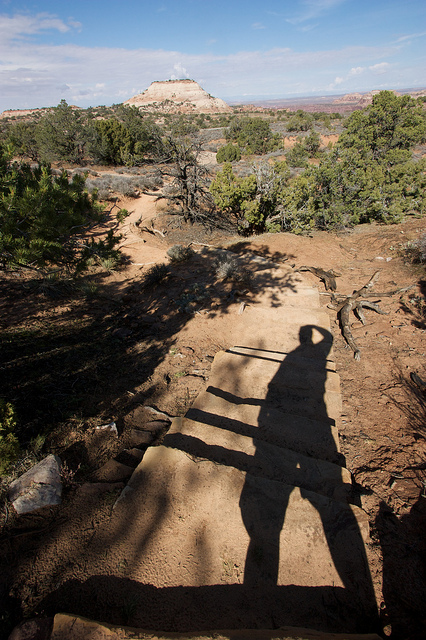 After that we drove up to Grandview Point and walked around a bit. 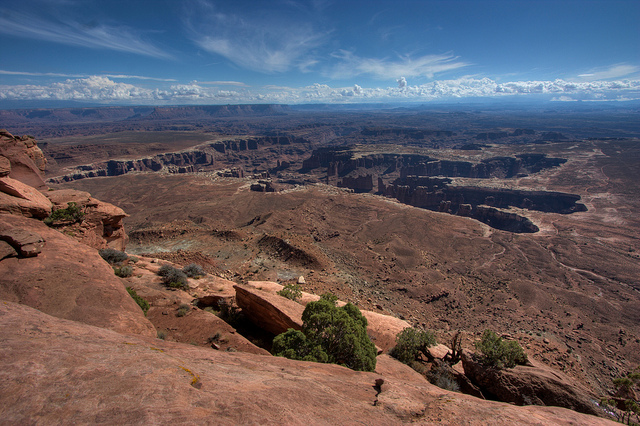 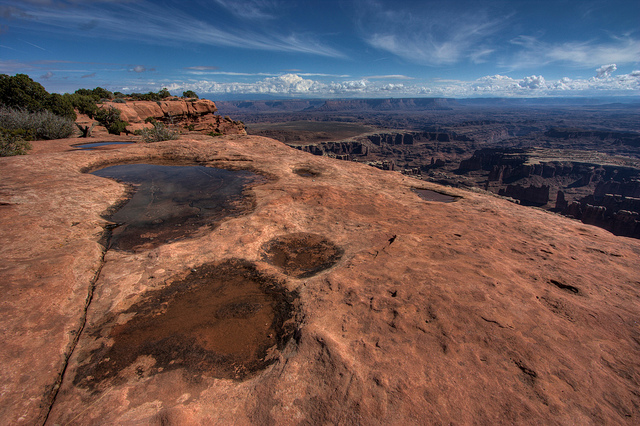 And then a stop at the Buck Canyon overlook 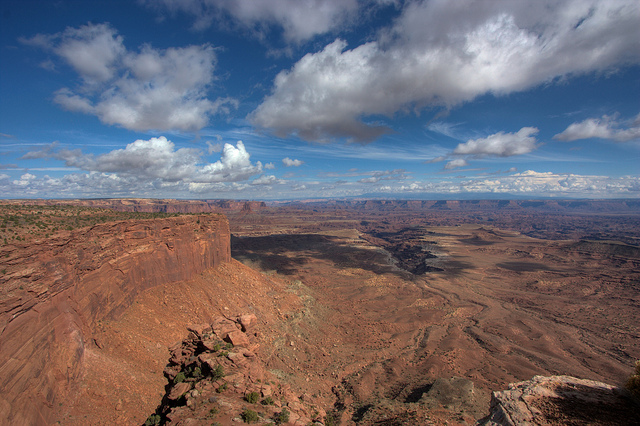 After that we stopped at the Green River overlook but the lighting wasn't very good. From there we went up to Upheaval Dome where Audra was thinking hard about whether she could make the hike out to False Kiva. After a few moments of deliberation (and a run to the bushes to throw up), we decided it was probably best to just head back to the hotel and let her rest.

We stopped at the Shafer Trail switchbacks on the way back. 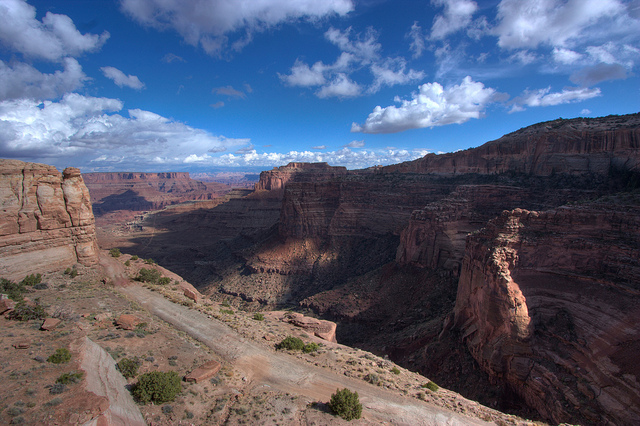 What an amazing road. I can't wait to drive it someday. 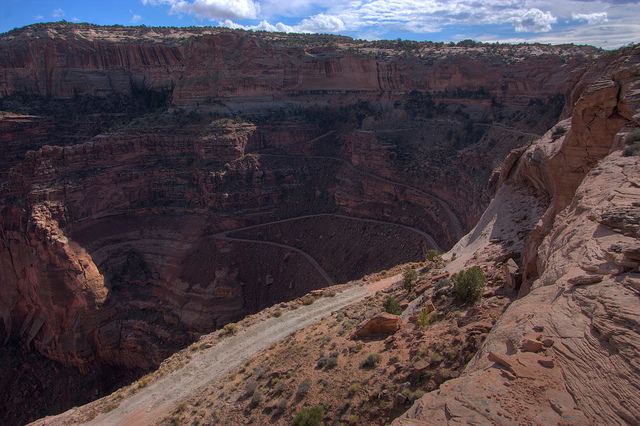 The next day we were hoping we might be able to get in a handful of hikes to make up for the lost time yesterday but Audra was still really weak. She was feeling a bit better but still hadn't eaten anything since Friday. But we didn't want to leave totally empty handed so we drove back into Arches and out to The Windows.

This is on the backside of The Windows. All of the rain over the last couple of days has filled up all of the potholes. 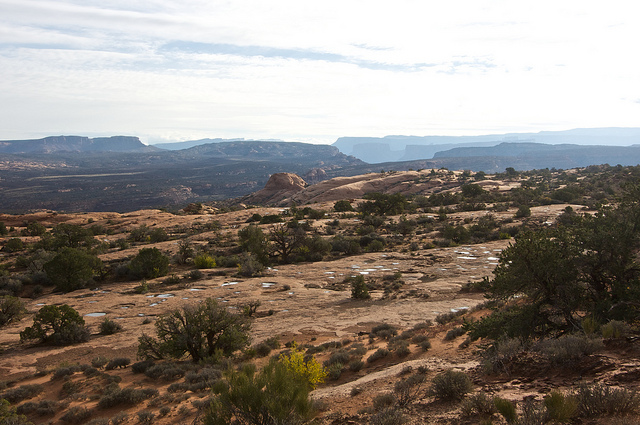 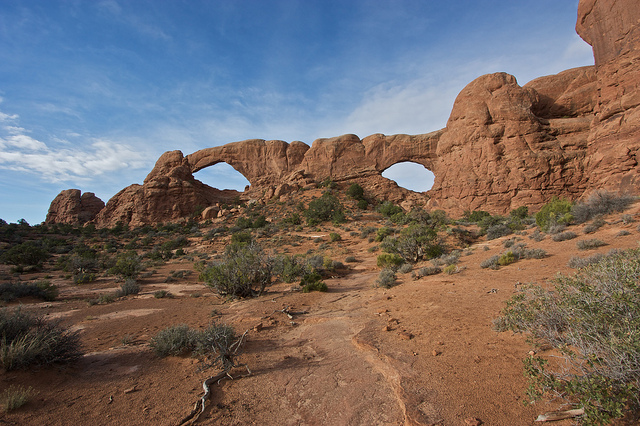 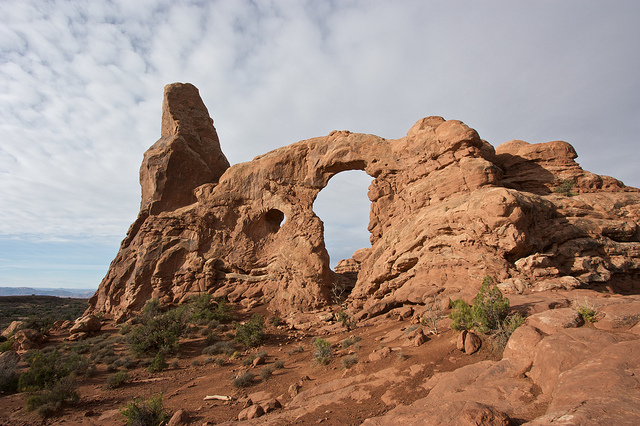 Lots of water along the trail. 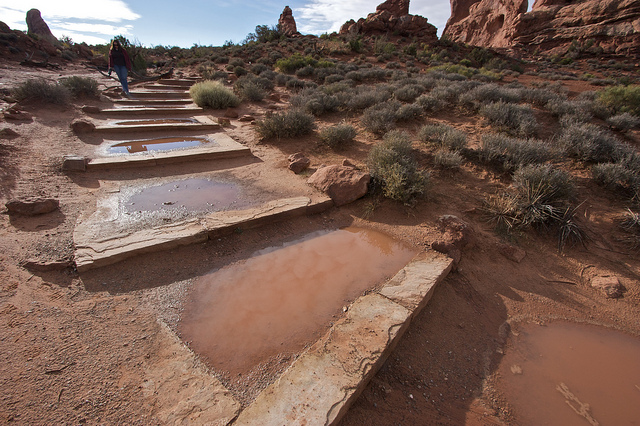 It sucks we missed out on so many things we planned on but whaddya do? We'll see it all next time.
IG: @backcountrypost
You must log in or register to reply here.
Similar threads