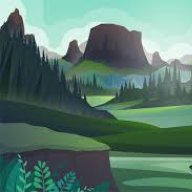 "The victims were identified as Georgios Theocharous, 51, and Ming Yan, 35

Officials have identified the two people who were killed by a rockslide in Yosemite National Park on Tuesday morning.

According to a statement released by the National Park Service, the victims have been identified as 51-year-old Georgios Theocharous and 35-year-old Ming Yan, a married couple from San Jose, California.

The section of Highway 140 hugs the Merced River on one side and large, rocky hills on the other side. The road leads to Yosemite Valley to the east and one of the park's three western entrances to the west.

The couple's Dodge Ram was hit by Rocks that fell from 1,000 feet above El Portal Road. The force of the rockfall pushed their rented truck off the road and onto the embankment of the Merced River.

Park officials said about 185 tons of rock, in total, were involved in the rockslide, which affected 500 feet of the road. The cause of the rockfall remains under investigation by the National Park Service.

The rockslide closed a portion of El Portal Road for several hours, the National Park Service said in a tweet. The road reopened the following day after the unexpected tragedy.

On Friday evening, the park announced another closure at Big Oak Flat Road, east of Foresta, due to another rock fall incident. On Saturday afternoon, the park reopened the road."
You must log in or register to reply here.
Similar threads