The winter of 2016 and spring of 2017 were kind to Utah, building up huge reserves of snow in the mountains. The runoff filled reservoirs to the brim and swelled rivers across much of the west.

That left me eagerly watching the Muddy Creek river gauge from March to May. I hoped to finally get a shot at floating through The Chute. 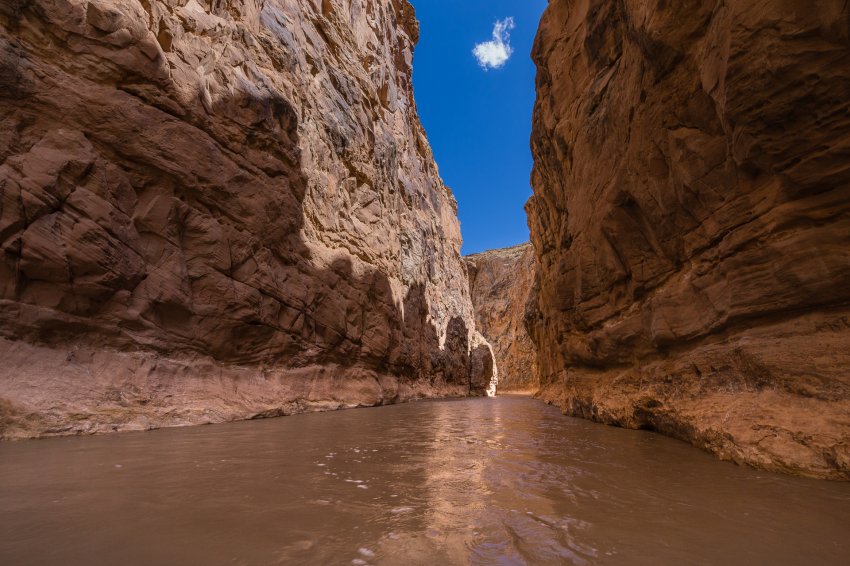 A reading of 200 cfs on the Muddy Creek river gauge is generally considered the minimum necessary for a reasonable run. Given the snowpack, it seemed a certainty that a single hot streak would swell the Muddy to well beyond that point.

Instead, the heat came on rather gradually, sparing most areas the flooding that might otherwise have occurred. In May the river gauge started to climb. Then it stalled, just below 200 cfs.

In discussion with @Artemus, we decided to make a go of it anyhow. On May 27th he, myself and his friend Allen drove down from Salt Lake and set up our shuttle before setting out from Tomsich Butte. 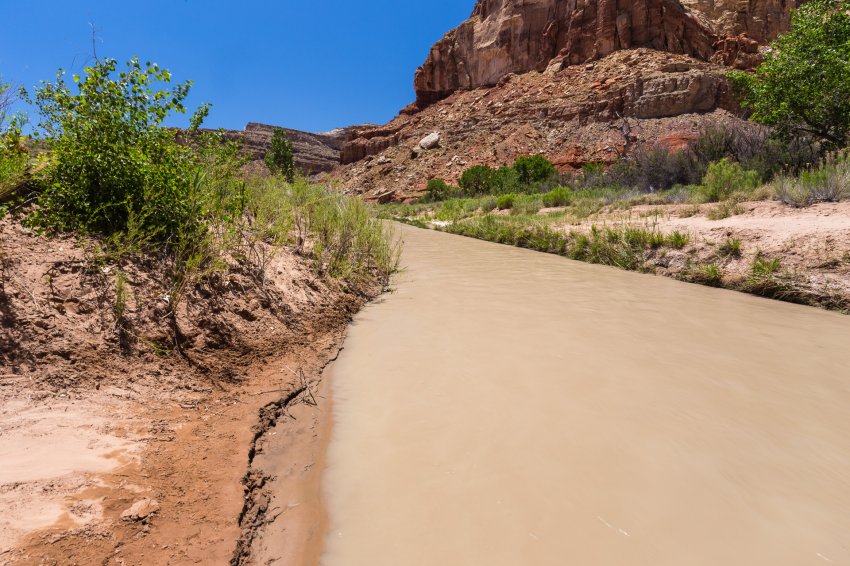 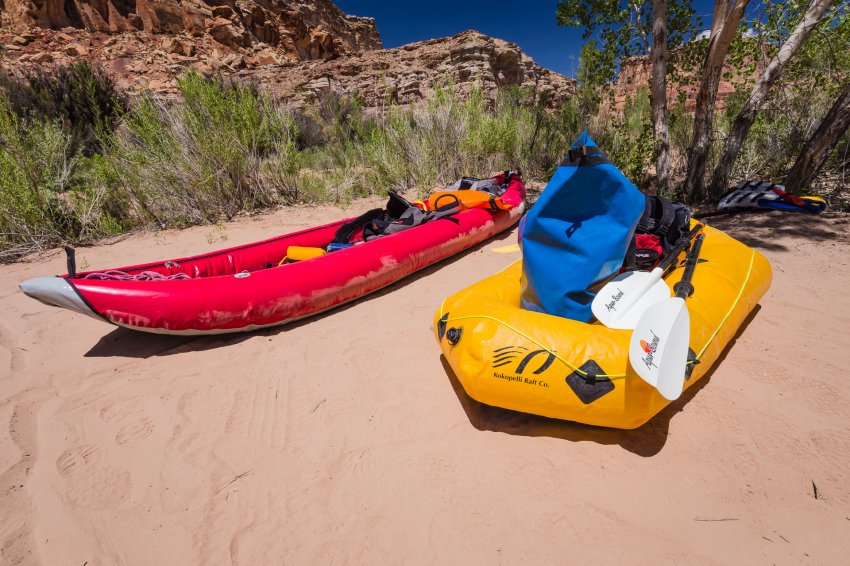 We each brought a different sort of boat. Allen was in a hardshell whitewater boat. Art had a tandem IK and I the packraft.

Weather was perfect, with warm sunshine and mostly clear blue skies lighting our way. The creek carried us along at a reasonable clip through the open desert. The grade increased gradually as the winding waterway started dipping into the rock. 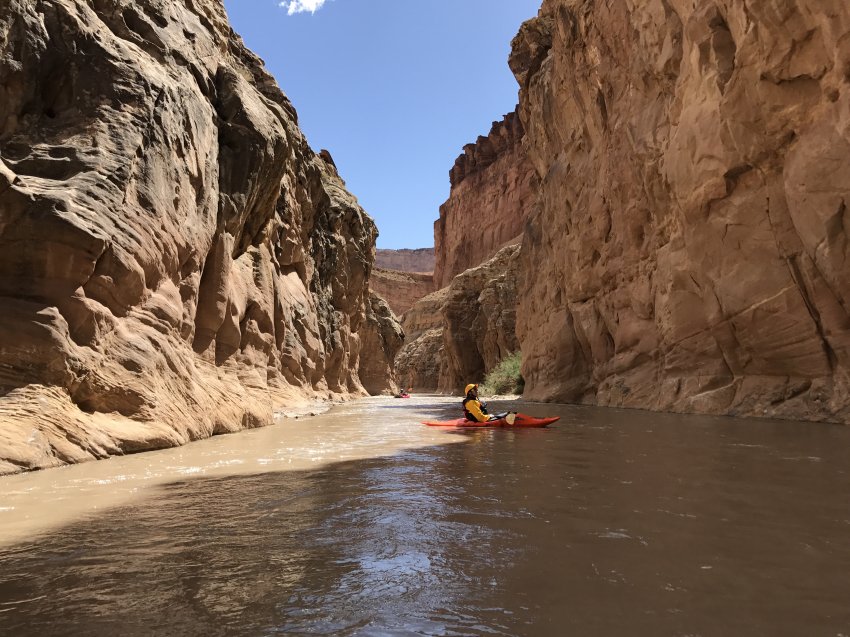 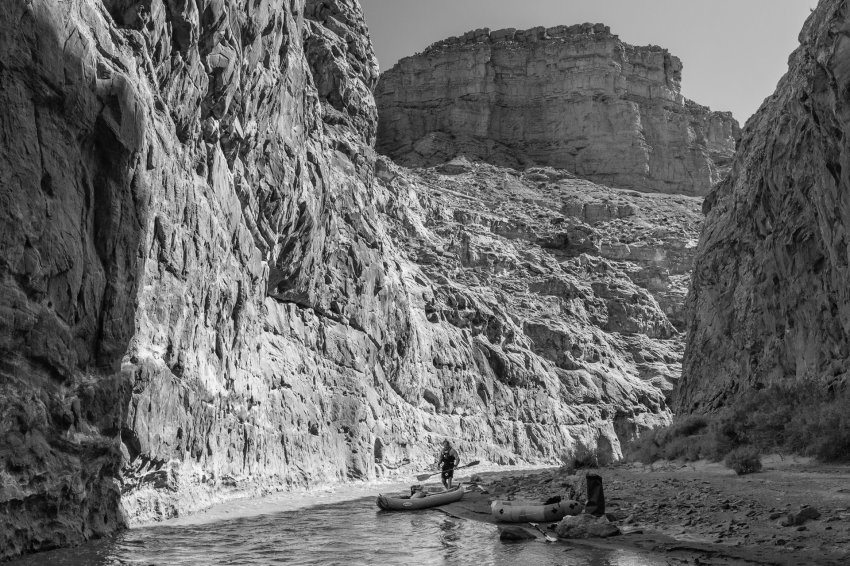 The opaque water made it difficult to identify obstructions just beneath the surface. The lower water level meant I spent a lot of time bouncing off of or getting stuck on top of rocks. Allen obtained a lot of enjoyment at my expense. 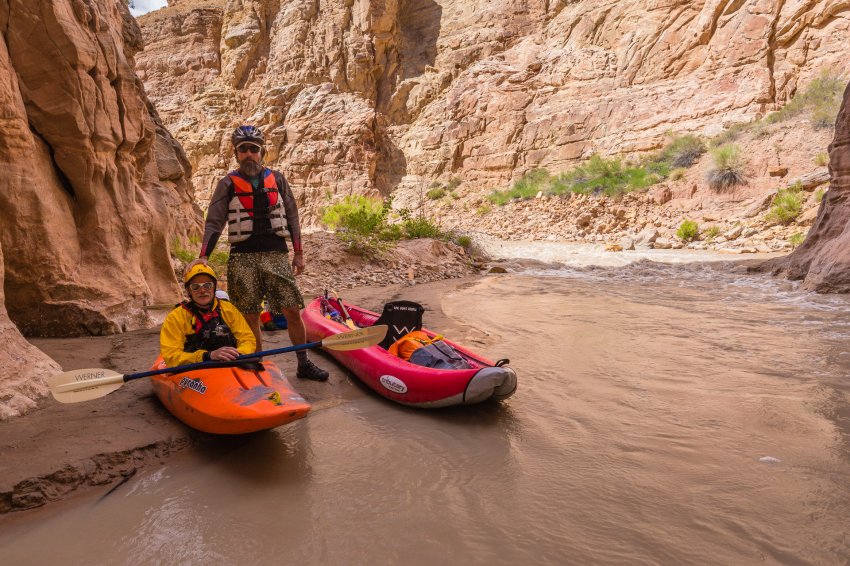 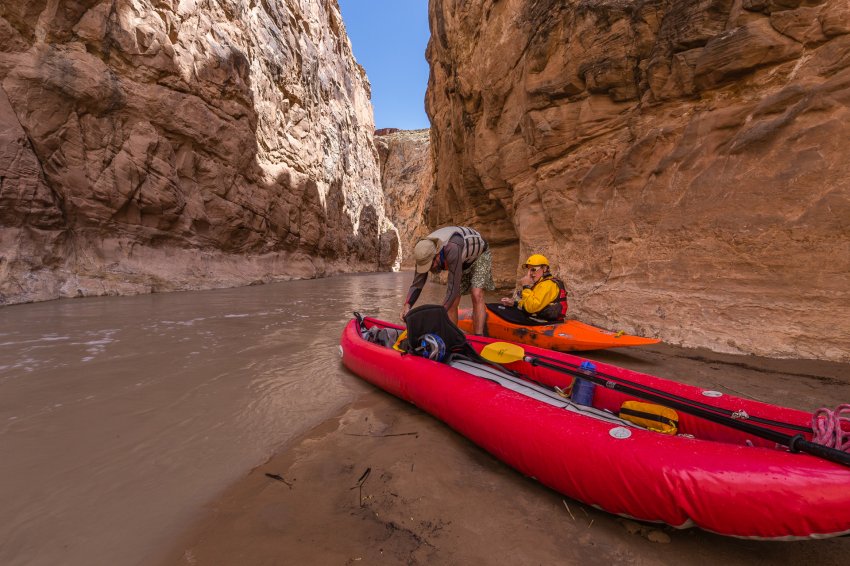 The walls kept growing taller and the shadows darker. The Chute lives up to its name. 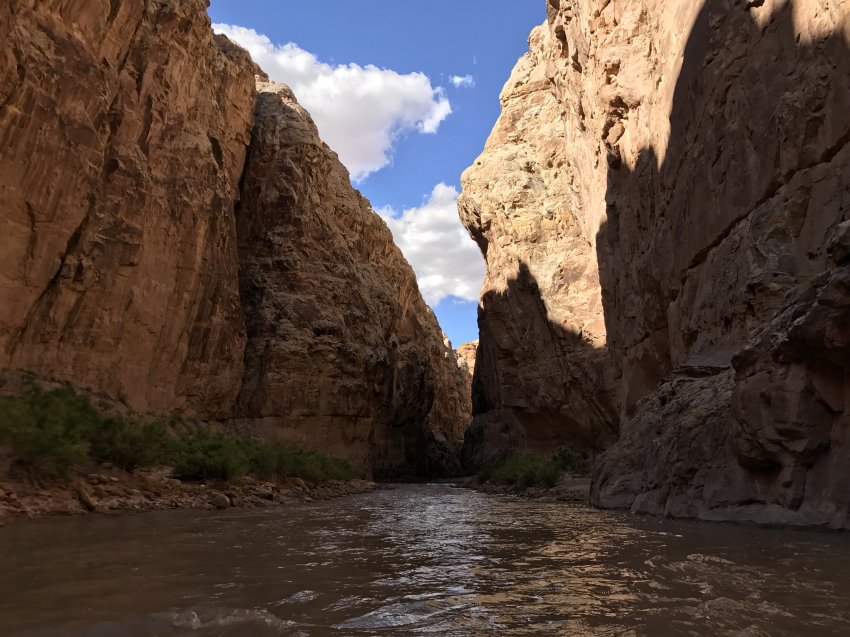 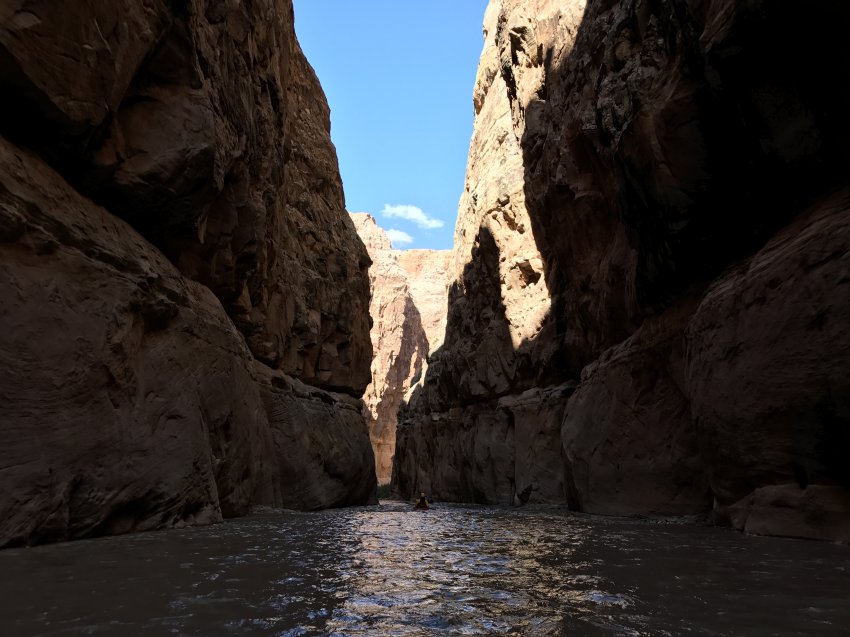 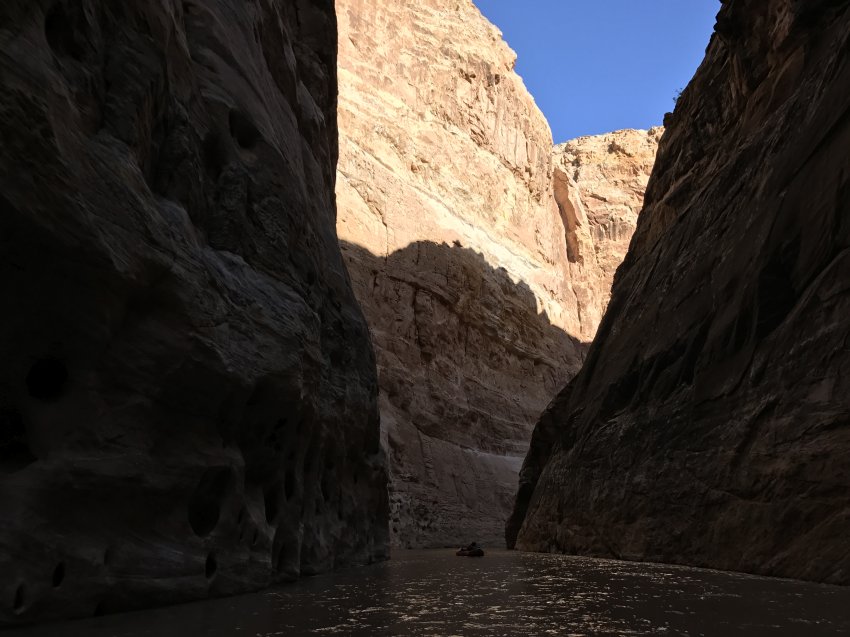 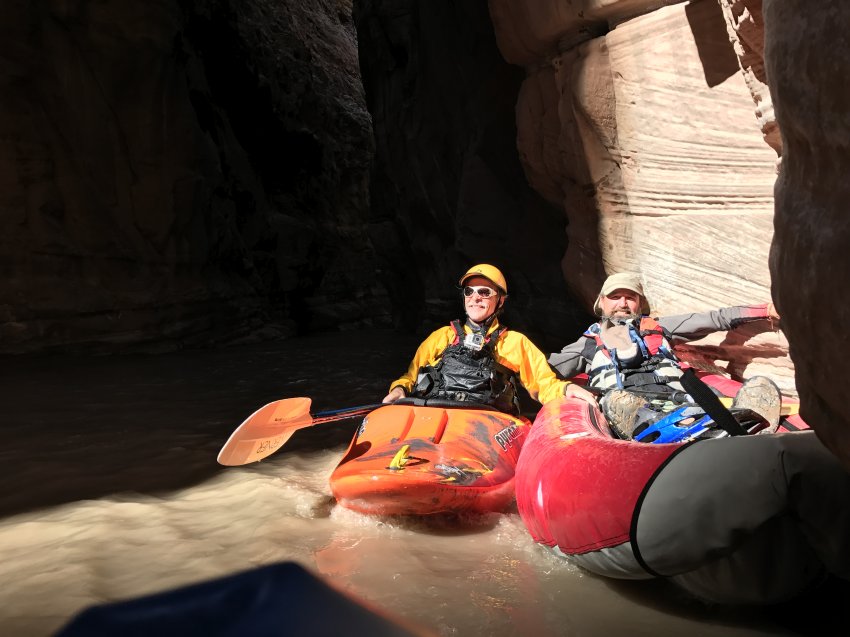 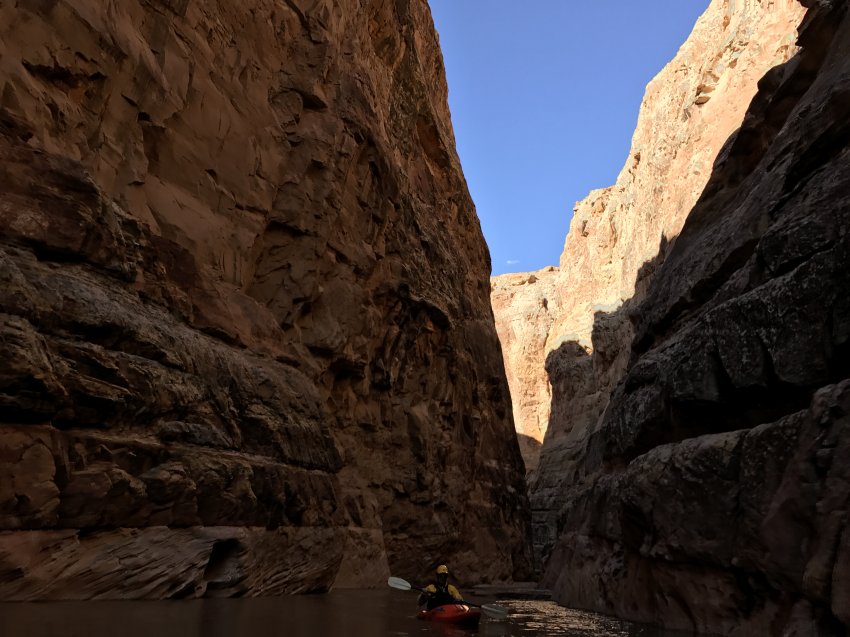 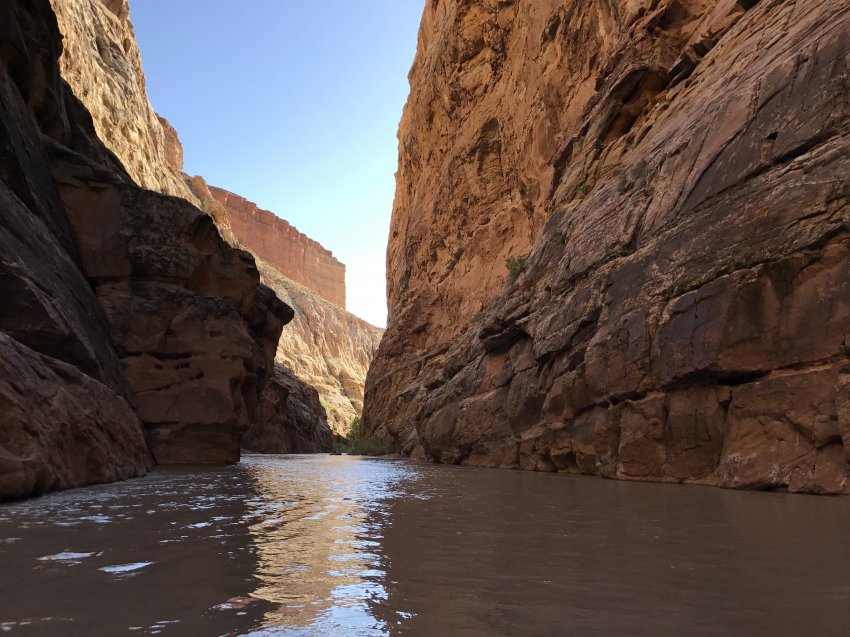 The afternoon had started to wane when we passed out of the deep part of the canyon. 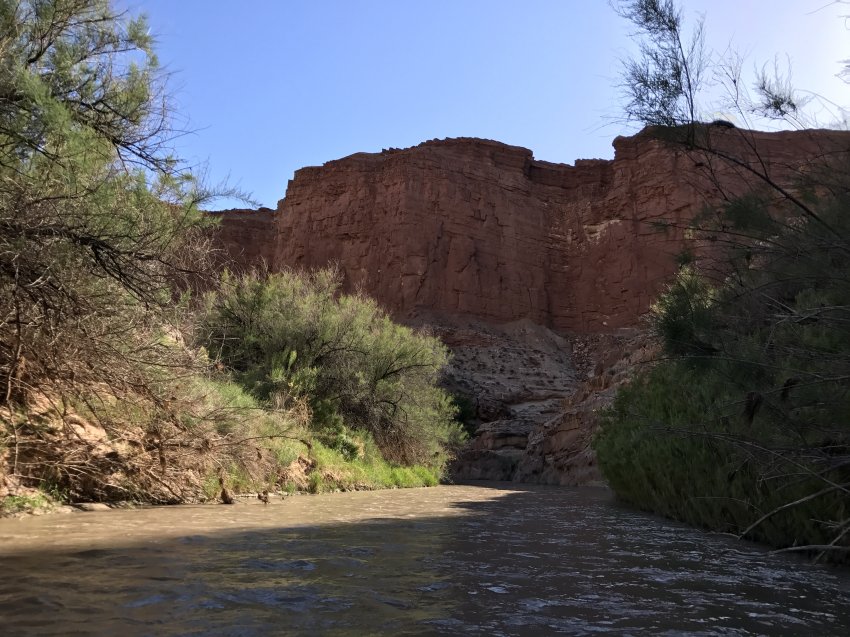 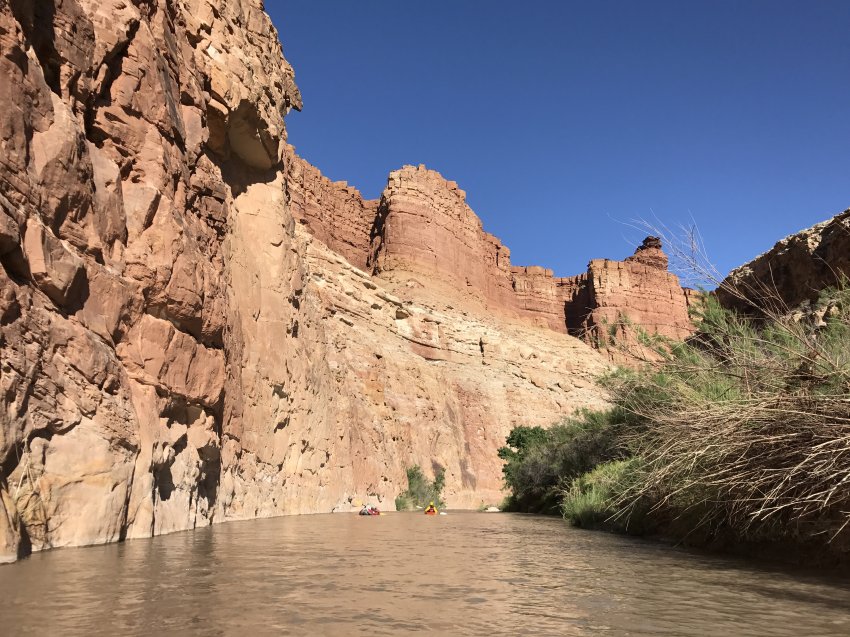 It seemed we were close to the end of the run, but it continued on for quite a time yet. 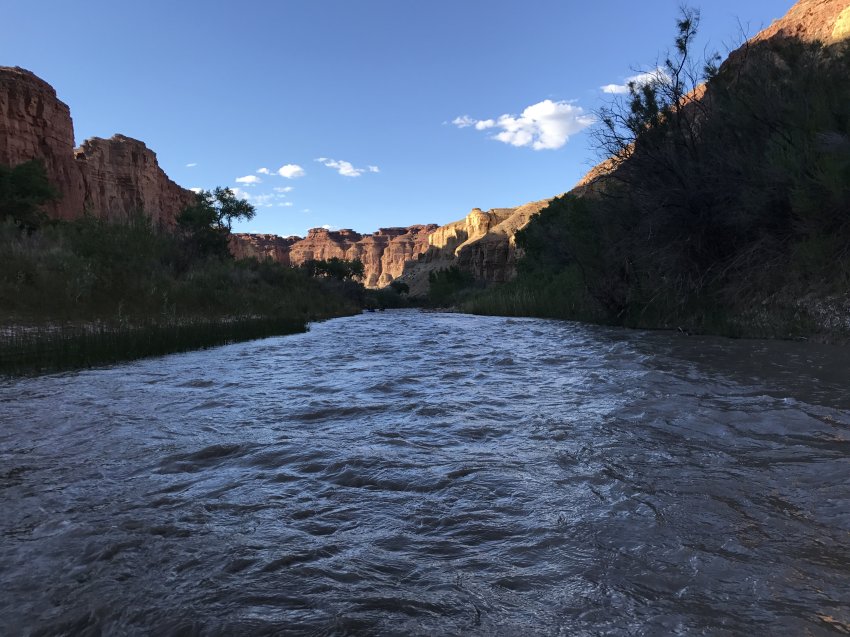 The take-out at Hidden Splendor was crowded with other runners when we came off the water just before sunset. Damp, sore and tired we loaded our muddy boats into the back of my Subaru and started the drive out to our camp site elsewhere in the Swell. 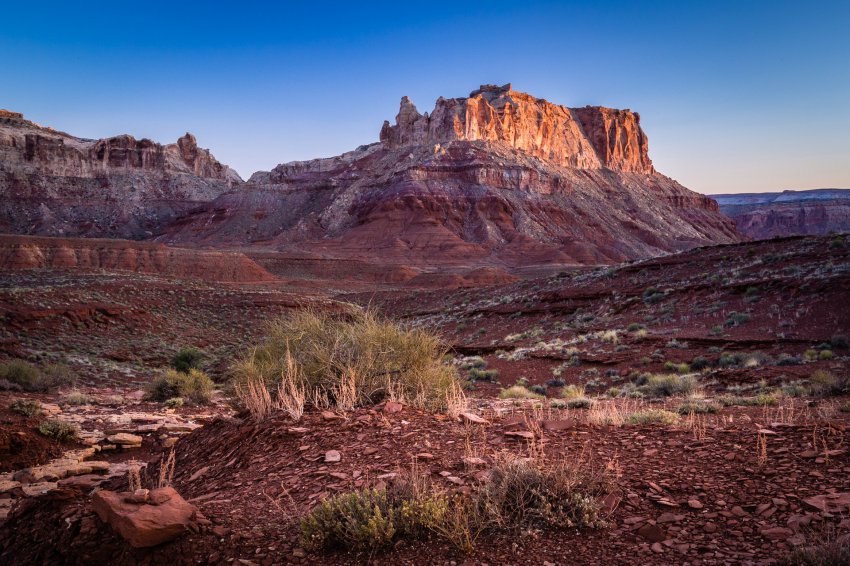 It was a fun, exhausting run, one I have waited for years to try. Having now done it once, I'd love to do it again with a bit higher flow.

Very nice, Daveeee! It was a great run but I appreciated it a little more with a little more water previously. It was great to float it with you. Your video and the photos of the trip in your Flickr links are fantastic.
Art
You must log in or register to reply here.