Buckskin or Coyote this week? 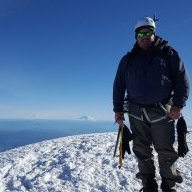 So, the second half of the week has opened up for me, and I want to go check out a one of the routes that have been on my list for a long time. Any thoughts about Coyote or Buckskin this time of year? Mostly concerned about being in the water too much -- temps are supposed to approach freezing at night for both locations.

Thoughts about water this time of year? Is wading in the river mandatory in Coyote Gulch, or can you mostly avoid water if the river is low? Is it generally low enough for neoprene socks to deal with?

Other suggestions w/in 5 hrs of SLC for 1-2 nights would be welcome! Kinda want to check out a new spot, and I haven't spent much time in Escalante or Capitol Reef. 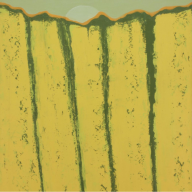 Should be fine. I’ve done a lot of the lower Escalante stuff in Dec/Jan. Neo/goretex socks are nice, though I did Stevens in December without and was fine, and that was with multiple Escalante crossings, which is a lot worse than what you’d have in the side canyons (that was with trail runners...by buddy in boots fared a lot worse).

All that said, with the short days it’s pretty nice to spend at least some of your time up on the benches this time of year. Lots of great wandering in the Red Breaks area as well as the benches in the Coyote area. Boulder Mail Trail is another good one as well, although a shuttle is nice for a point to point this time of year.
https://brendanswihart.com/

Buckskin can be a cold affair even in warm weather. I'd probably lean toward Coyote. Or, if you want less water walking, check out Little Death Hollow.

Thanks guys. I'm going to stick to something away from water this time -- I'm doing a loop in the Needles District. I have been there before, but not since college, so it will be kind of new.

But your recommendations are appreciated!
You must log in or register to reply here.
Similar threads