In preparation for our White Rim trip starting Memorial Day we took a three day trip to bike the trails around Goblin Valley and the Little Wild Horse Road.

We started the day knocking around Goblin Valley because my friend Jerry had never been. 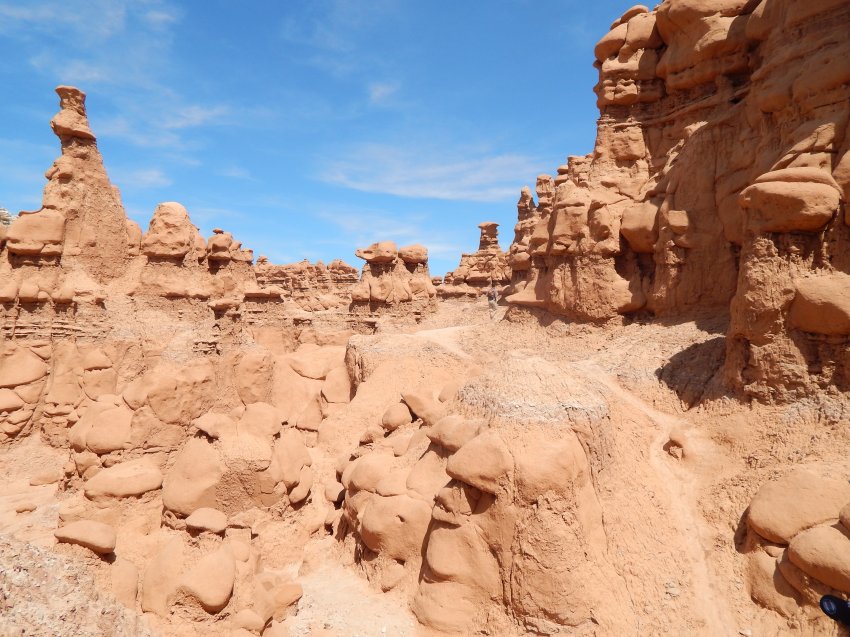 In so doing I found some areas that I hadn't explored before.

Unfortunately I found some graffiti too. 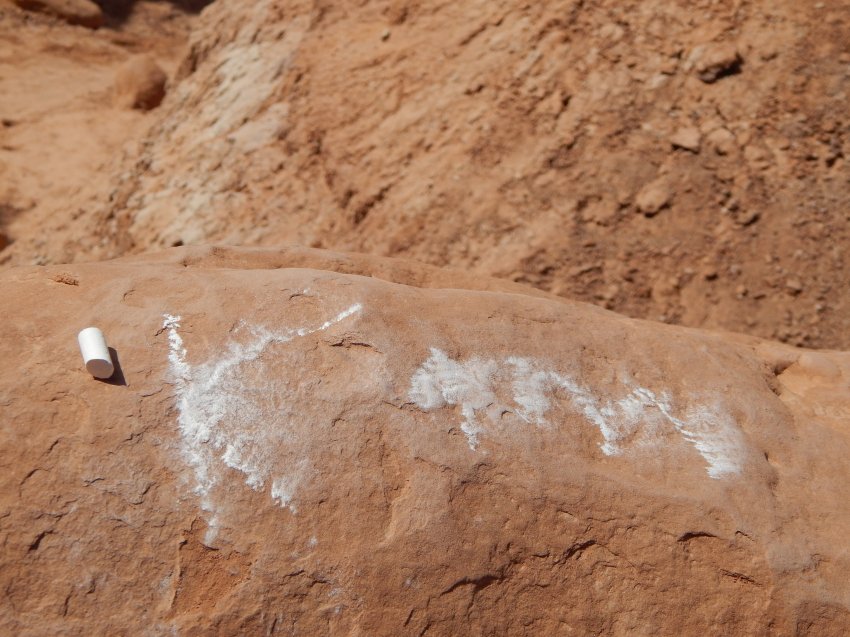 The kids with us were climbing up the walls into various caves. They said one of the caves
was covered with writing and had pieces of chalk, like here, encouraging people to write.

After that we drove up to the biking trails.

Let me start by saying biking, unlike hiking and backpacking, is not conducive to
picture taking so any pictures are few are far between.

The Goblin Valley trails or I think they're officially named the
Wild Horse Trail System, are not kiddie trails.

It's all single track and very sandy.

There several hairpin turns coming out of down hills that have exposure.

This is from the Henry Mountain Overlook. 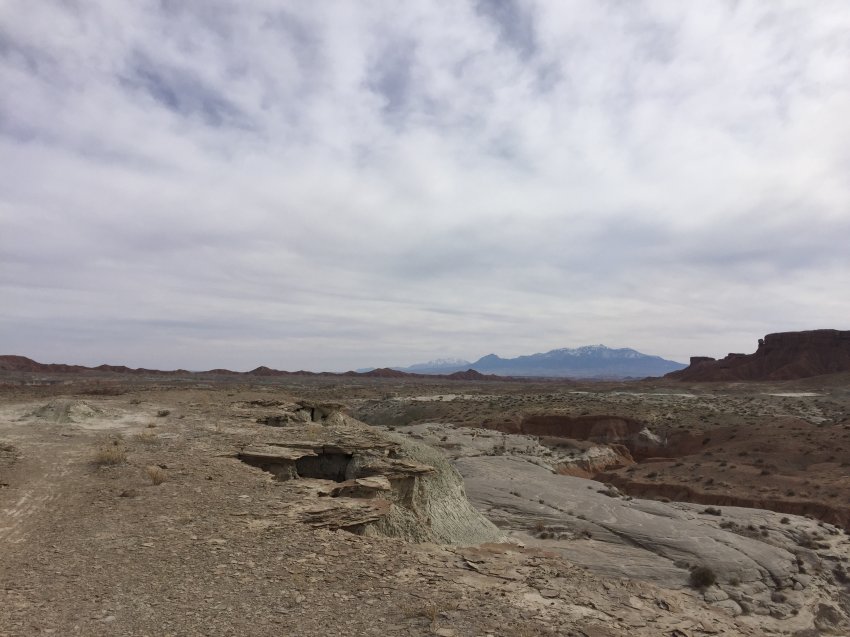 The worst was the sand - lots of sand. Every single inch of this trail had to
be earned because the sand didn't allow for any easy stretches.

We camped about a mile down the road from LWHC.

Friday we got up and started on the LWH road.

A few miles into the ride with the Henry Mountains and Factory Butte in the distance. 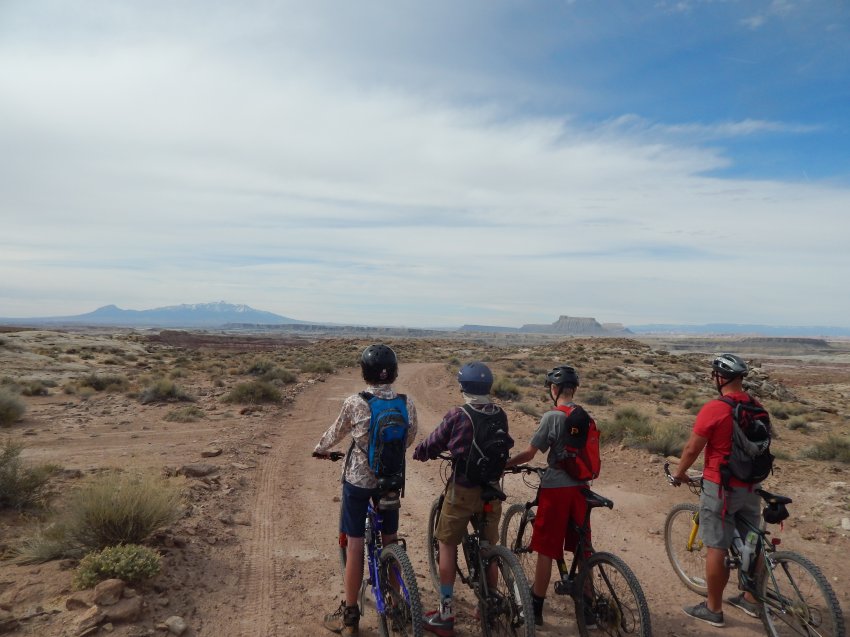 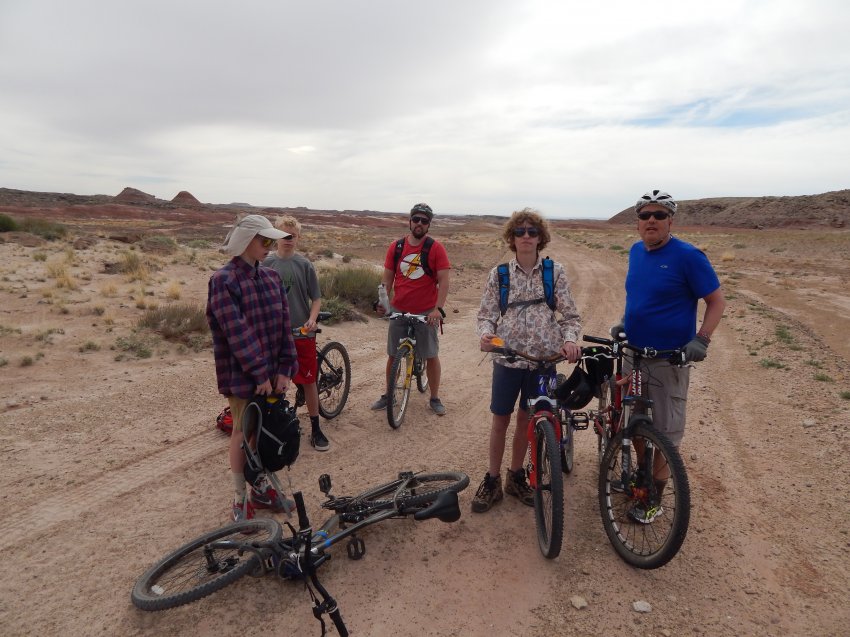 If you go down the LWH road far enough the colors and formations become very unique. 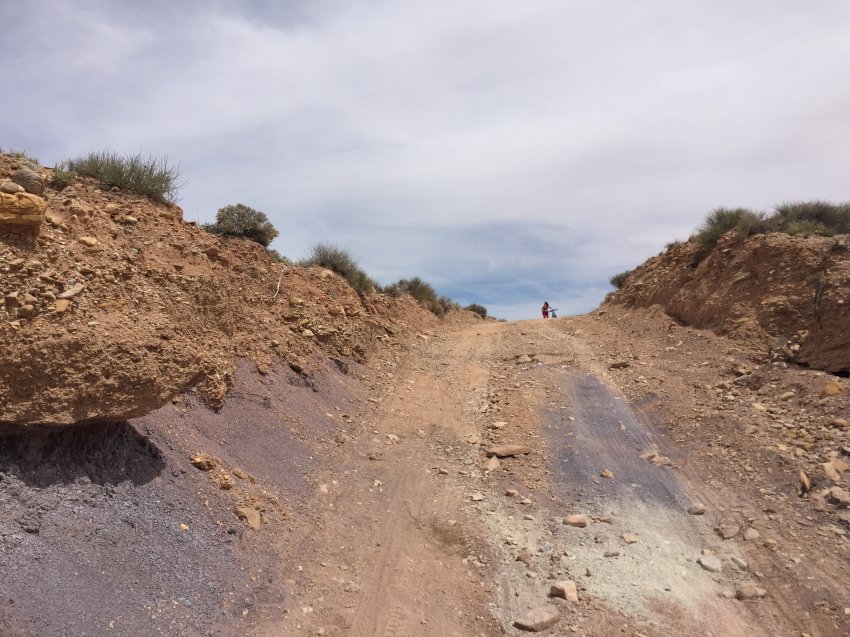 If you can imagine the movies you've seen depicting Mars - that's what this country is like.
Ironically enough, there is a Mars research center out here. 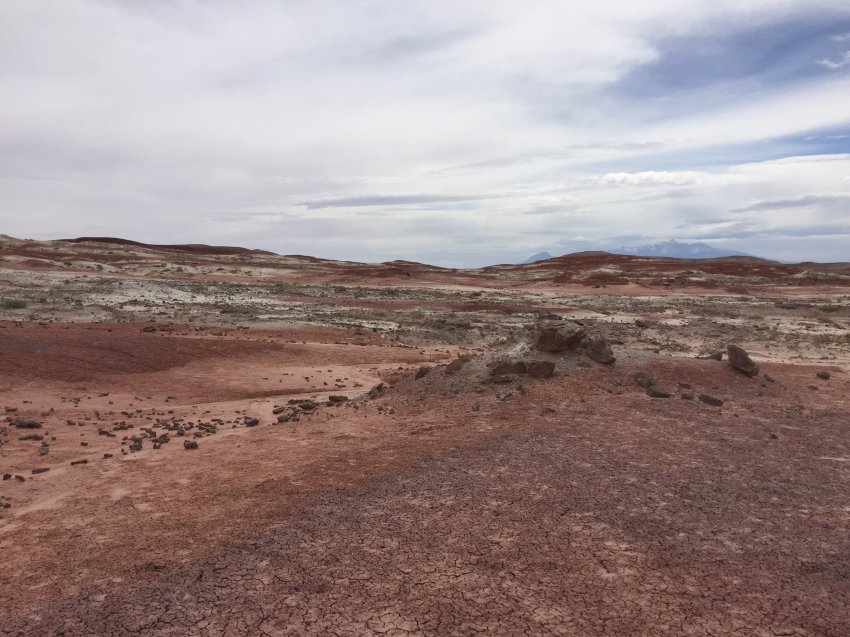 Then shortly before reaching Muddy Creek there are remnants of a forgotten ranch.

Once we reached Muddy Creek we decided the cons far out weighed the pros, so we turned around and
started heading back to camp. We had managed about 10.5 miles one way.

Jerry doing some minor bike repairs along the way. 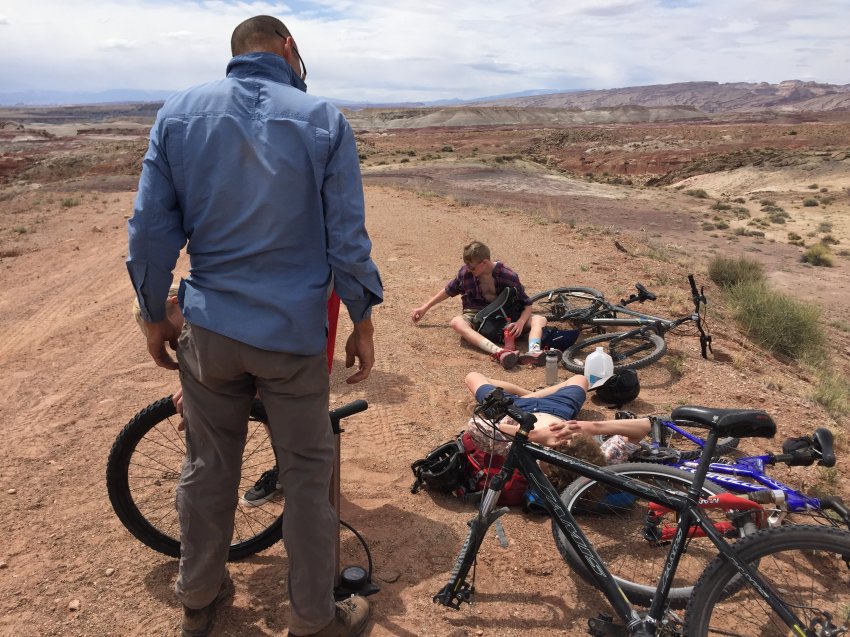 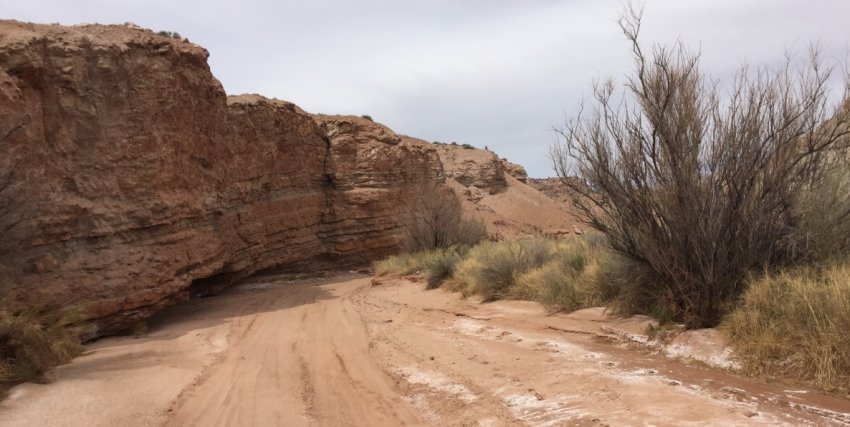 The combined Thursday and Friday rides had our boys questioning whether this was more work than it was worth.

So we decided to do an easy ride on Saturday and get everybody's enthusiasm up again. So we biked the paved portion of the LWH Rd from our camp to Goblin Valley and back for a 15 miles ride. 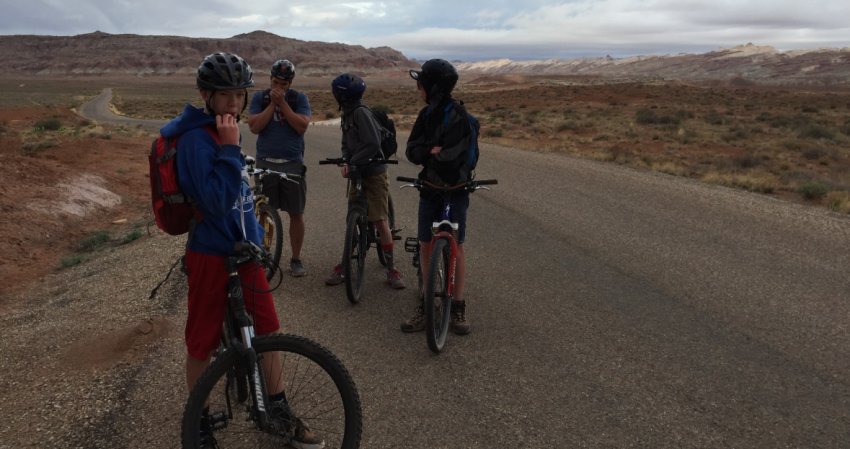 For the three days we logged just over 40 miles.

By the third day I could finally sit on the saddle again.
Do not pray for easy lives. Pray to be stronger men. - JFK
Orem Chiropractor

This part of Utah has a ton of sandy roads, I keep meaning to try to fat tire bike down there, anyone done this?
You must log in or register to reply here.
Similar threads