If you live on the West Coast and have to drive a long ways north or south you often ask yourself: Can I take the extra time to drive the scenic Pacific Coast Highway to get where I am going? It is a very scenic coastal drive that you would go out of your way to do if at all possible.
This winters storms caused not one, but multiple, road outages on the PCH that are still under repair. A bridge outage in the north is still being rebuilt. A massive landslide to the south will not be clear for a long time. As a result, there is a 40 mile stretch of some of the most scenic Big Sur coastline that is only accessible by a long detour down a steep, narrow, white knuckle, mountain road. The Nacimiento-Ferguson road is currently the only way in for the construction crews, the local homeowners, and anyone with camping permits. The road is so intimidating that some of the large RV's are turning around at the top of the descent to the coastline and electing to camp elsewhere. 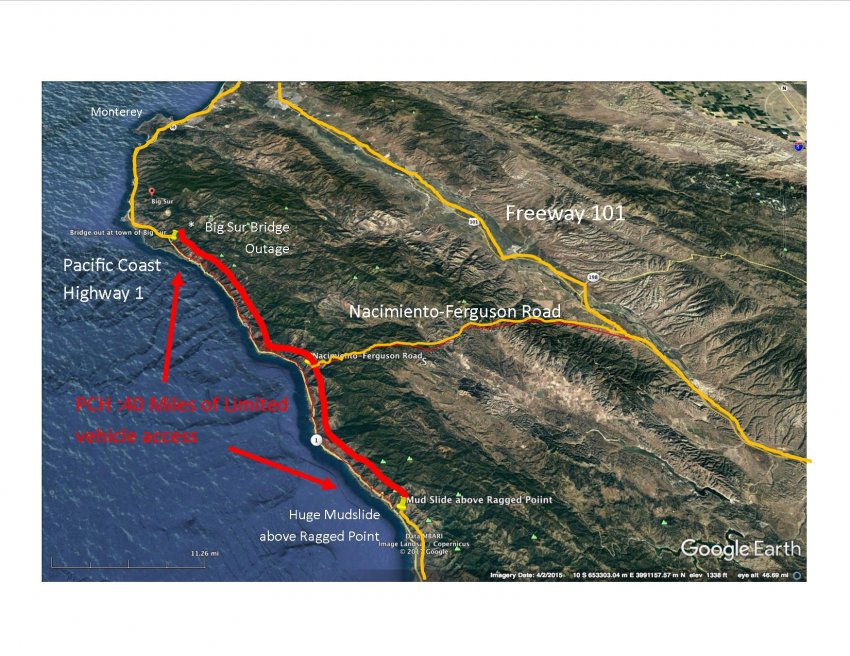 When my Central Coast adventure brother Ron, called me up to suggest we had to explore the area before PCH reopened, we immediately agreed bikes were going to be the vehicle of choice for this adventure.

The Big Sur coastline can be fogged in a lot, we hit it on a pretty good day, with the marine layer going in and out. Before we had gone very far we spotted a pod of whales just beyond the kelp beds. Whale watching is not something I would have ever thought I would be doing from the seat of my mountain bike! These two tails were probably first year Grey whales moving north with the family pod. 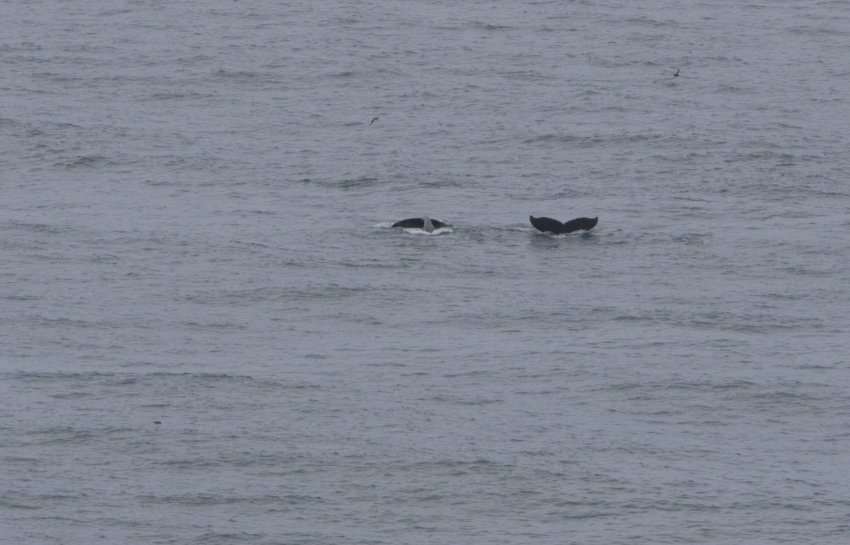 Early in the day there was some construction traffic, but after that we had the coastline almost all to ourselves.
Ron biking on the wrong side of the empty road in front of what is normally a huge tourist spot, McWay Falls. 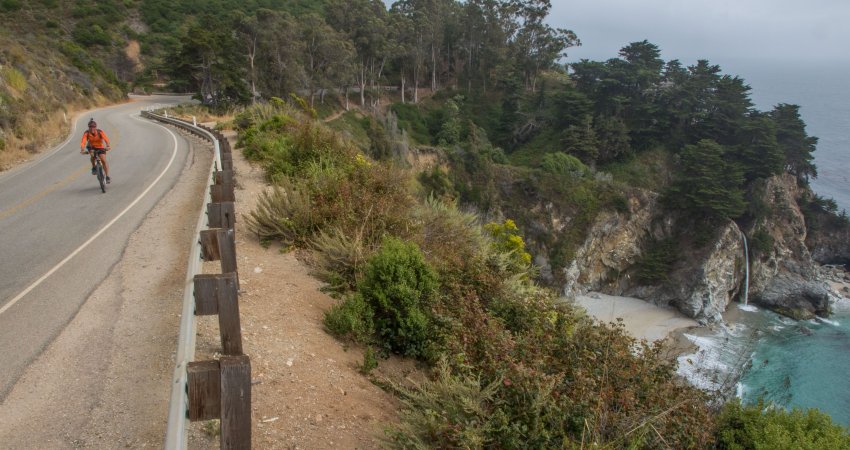 This area can't be called backcountry wilderness but with the road outage for many weeks now, it is reverting back to front country wilderness. We saw evidence of this when we spotted an endangered California Condor by the side of the road having lunch. 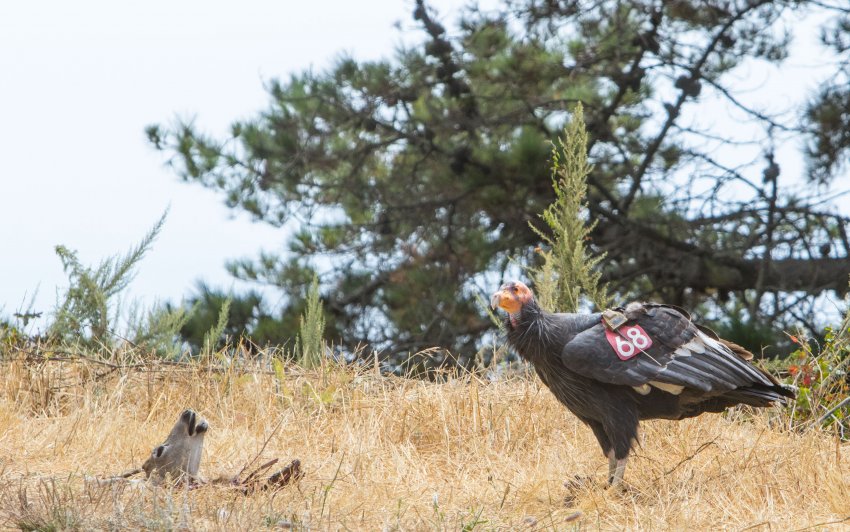 Wildlife biologist Melissa showed up and filled us in with lots of good wildlife information. She told us that the wildlife had already begun to take back the coastline during the short time of the road outages. Here she is scaring away the condor (after letting us view him for a long time) to keep him from getting too comfortable around the dangerous roadside. 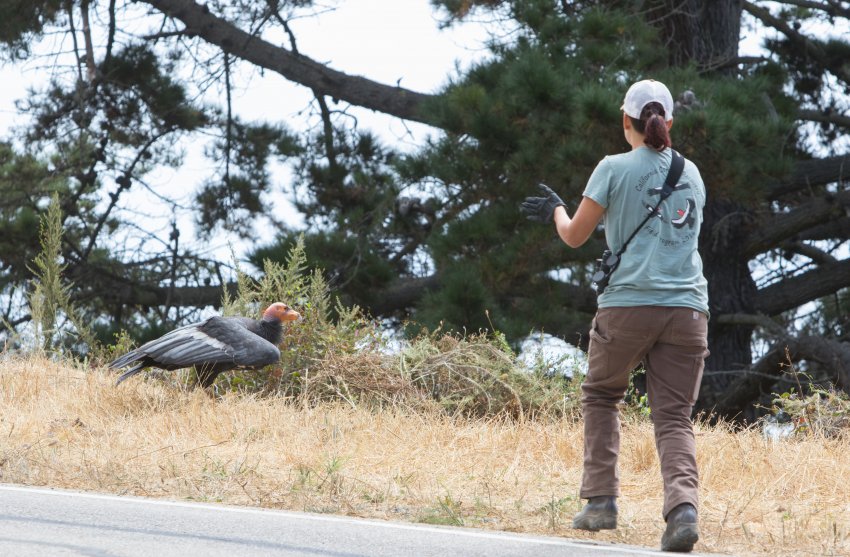 We found a couple more birds nearby. All of them are tagged and their life history is available online. This is female 438, now breeding in Big Sur after originally being released in Pinnacles National Park. 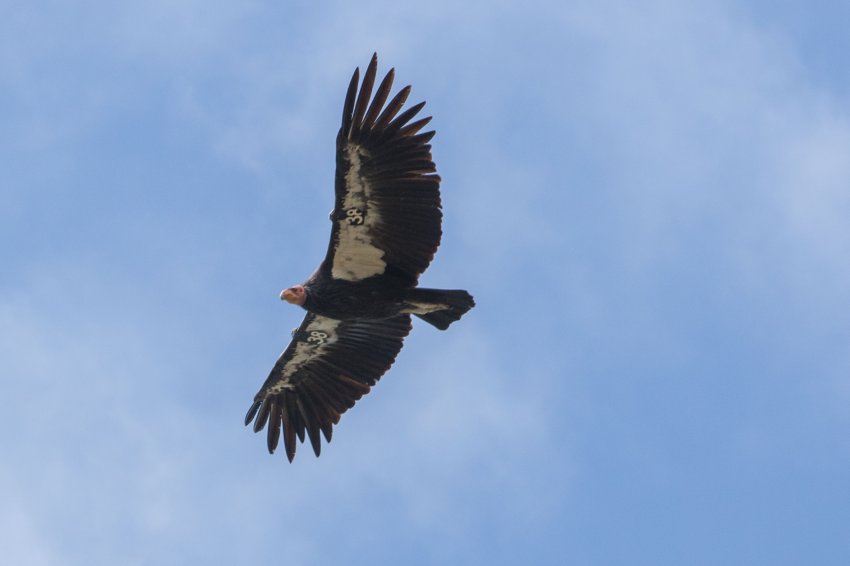 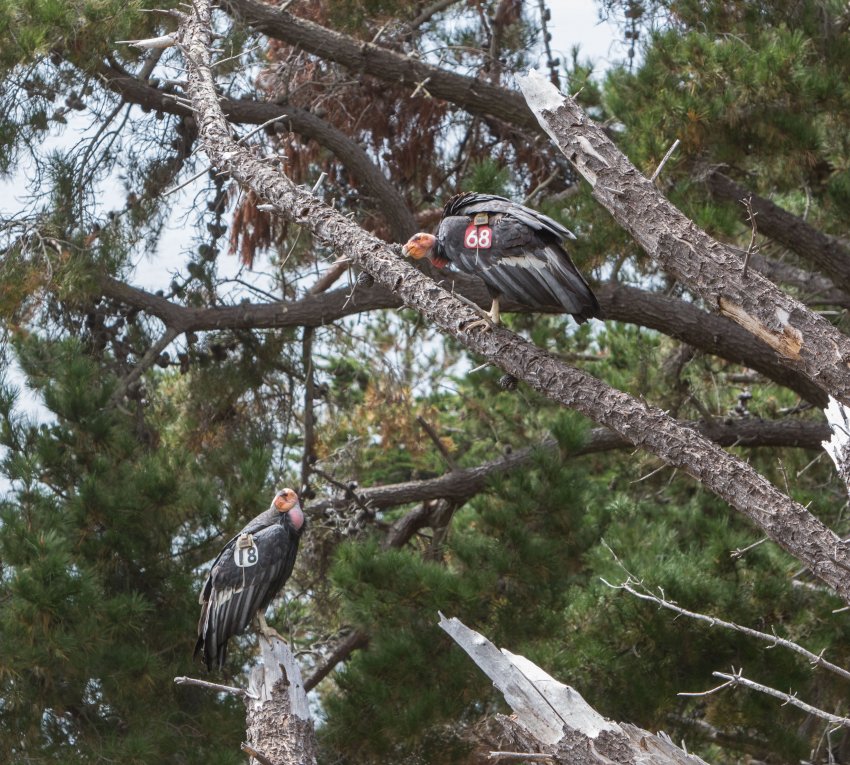 The road stays about 300-500 feet above the beach for most of the way. The highlight was being able to stop wherever and whenever we wanted, without any concern for traffic. There are lots of great coastal views worthy of a camera stop. 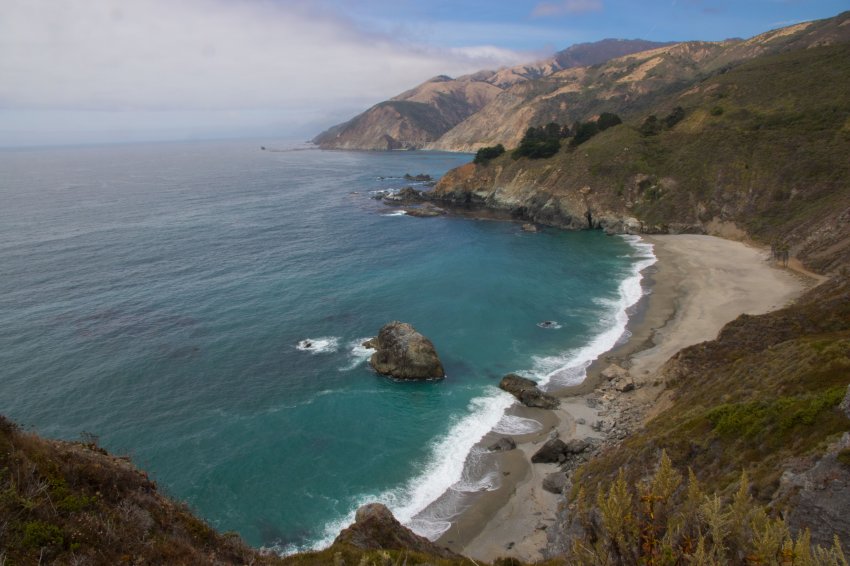 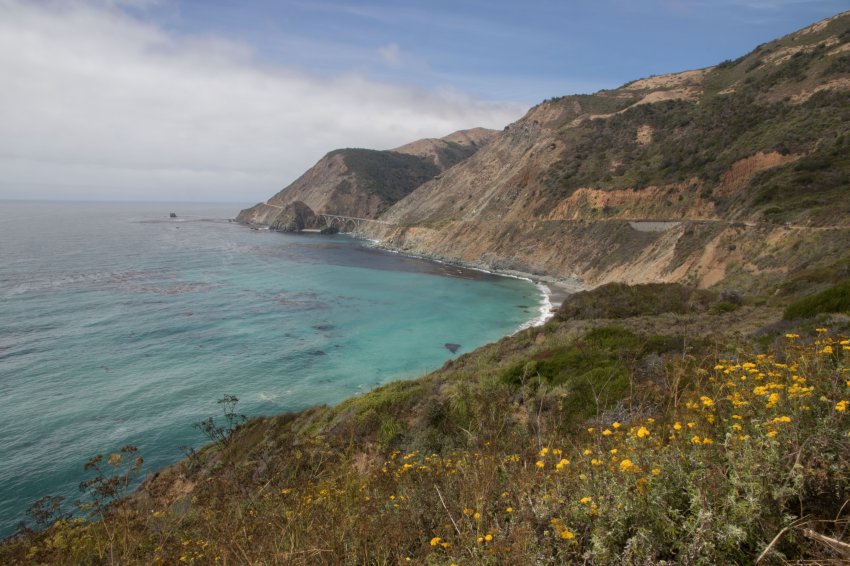 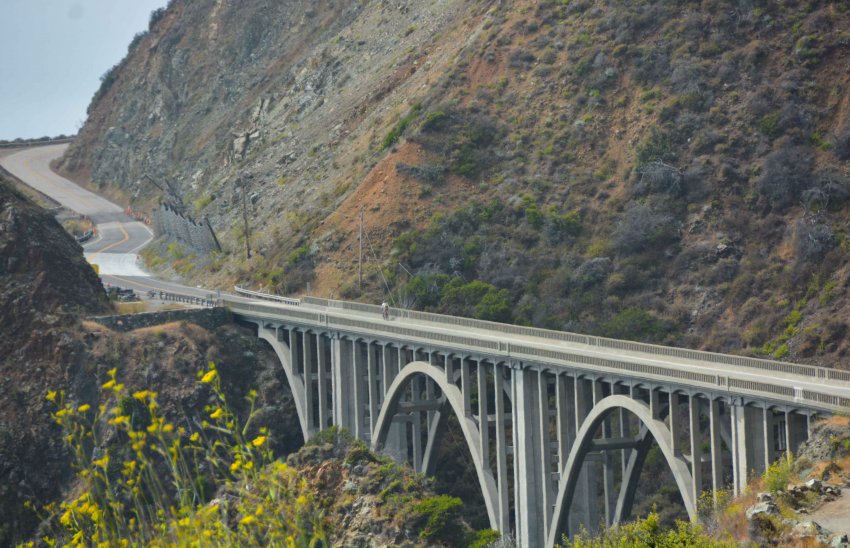 The turnaround point at Big Sur bridge outage ends in some good redwood forests. At Big Sur, we started to see some other bikers. Evidently there is a bike rental business up there renting electric assist bicycles catering to the bay area. There is a foot path around the bridge construction allowing the bikers access to the coastline from the north, but not cars. We started back south with more good views. 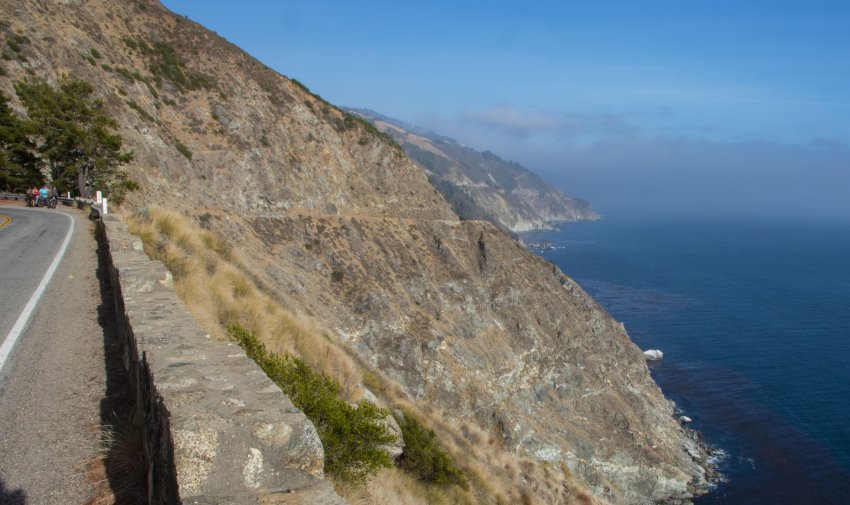 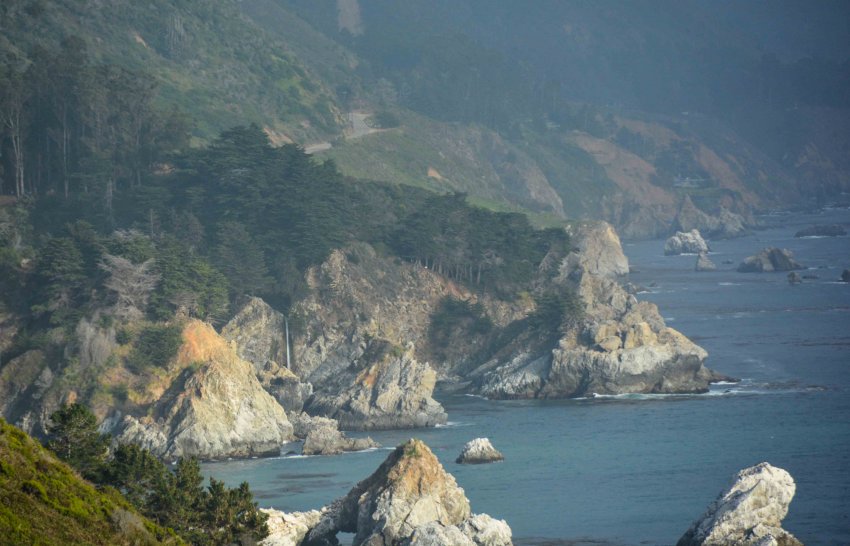 Eventually we arrived back at the Pfeiffer-Burns state Park and McWay Falls . This is a great place, one of only two waterfalls on the west coast that fall directly into the ocean. There is no beach trail access, but a really beautiful viewing spot from up above. 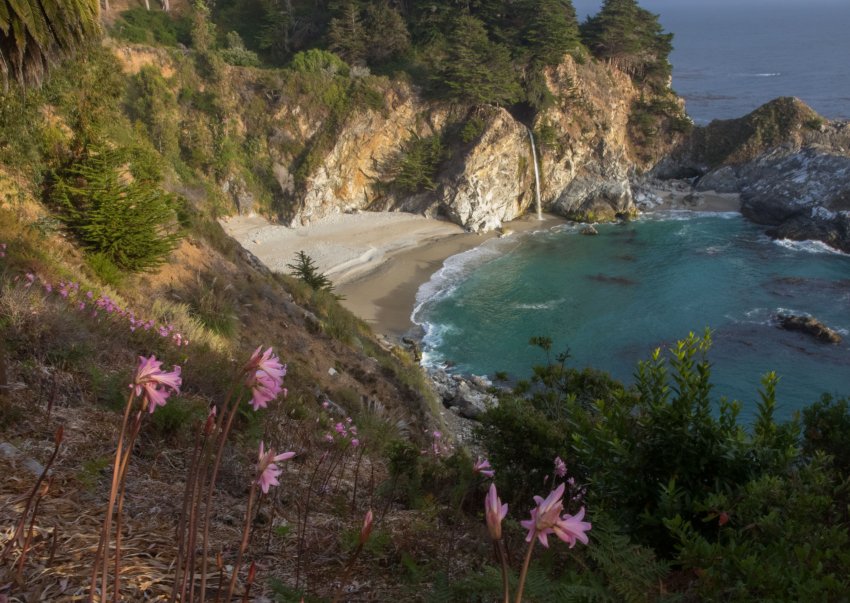 We stayed here a long time. 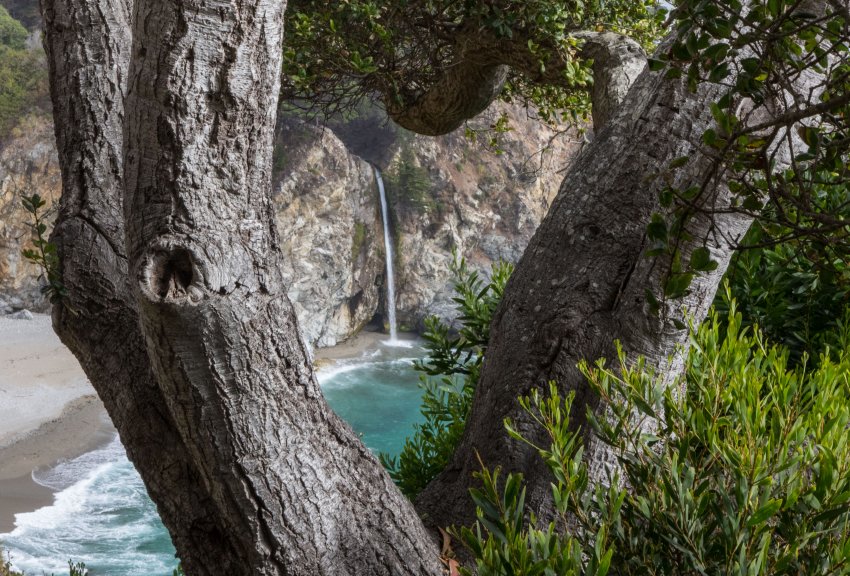 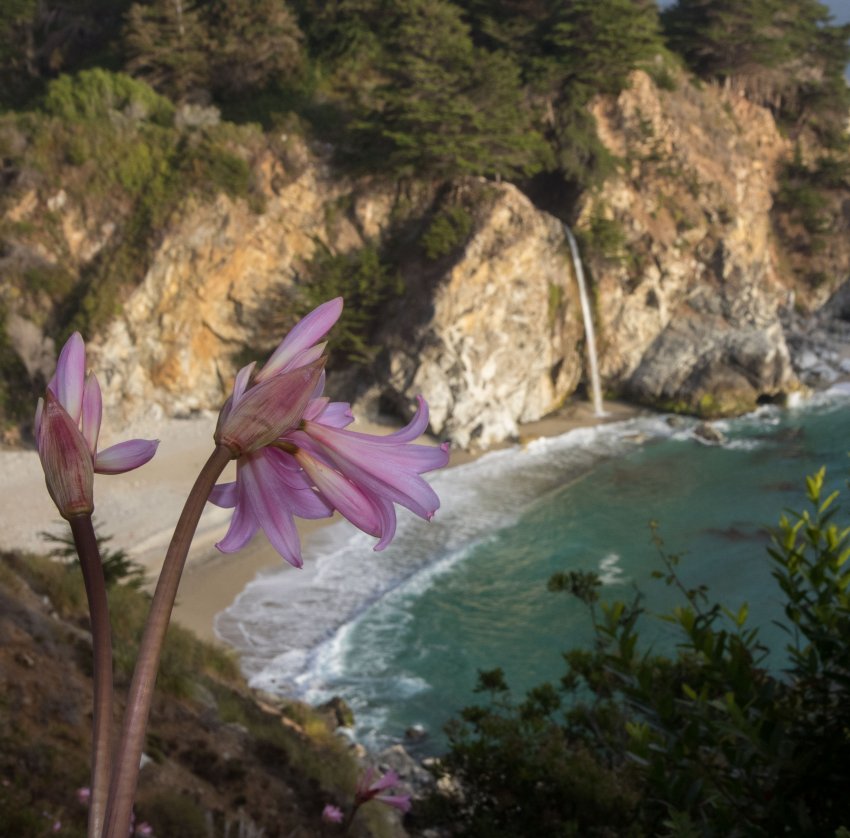 We milked the scenery until the sun went down. 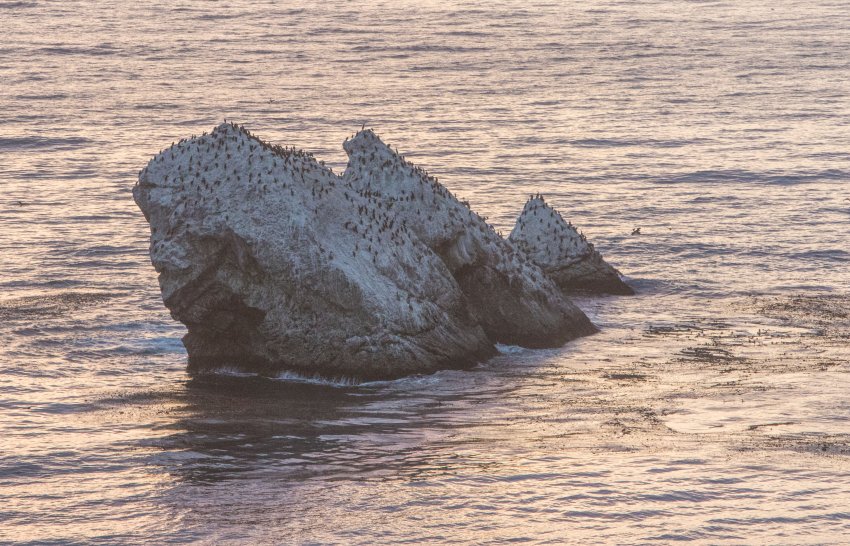 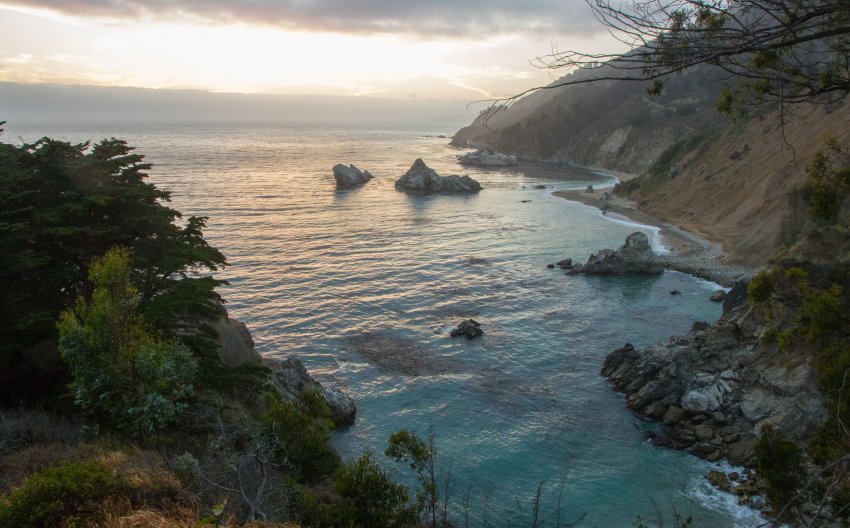 If you get a chance to go out there, go for it. The opportunity might not happen again for a while.

Yum. I need some coast time. Thanks for posting.
IG: @backcountrypost

I drove south out of Monterey and was amazed at the views. Super cool to have the road to yourself. Thanks for sharing
My trip reports: backpackandbeer.blogspot.com

I didn't realize they close the road. What's that about?
Do not pray for easy lives. Pray to be stronger men. - JFK
Orem Chiropractor

A waterfall like that dropping right onto the beach has to be divine. Beautiful looking place.

some great photos.
i love this site
You must log in or register to reply here.
Similar threads