Beckwith Pass in the West Elks

This is a fairly quick and dirty report about a fairly quick and dirty trip. Because of poor research, I had decided after going up Beckwith Pass and tooling around for a few days south of the pass before coming back to try and get to Mill Creek trailhead and see the Mill Creek valley, but couldn't find the trailhead. I ended up cutting the trip a night short, and not seeing either Mill Creek or the Castles up close, which was highly disappointing.

Also, I had tried to hit peak fall colors, but it turns out that in spite of my attempted research, I was too early for the specific area I was in. The aspens were often as green as they were golden. I was pleasantly surprised to find that the pine trees were much healthier than many other places I've seen the last few years in the Rockies, though. I don't know if the pine beetle bloom just didn't make it to this range for whatever reason, or what happened, but I found the pine trees were considerably less dead than I've seen in quite some time in other parts of the Rockies, like the Uintas and in Wyoming and Montana. I'd heard that Colorado had been devastated pretty hard too, but this area was still healthy, at least.

Anyway, the Beckwith Pass trail is a relatively seldom used area, which is a real shame, because the views from the top of the pass, and in the basin beyond in general, were spectacular. The pass itself is the border of the West Elks Wilderness, but the real best views from the pass are across the valley towards the Raggeds Wilderness and the Ruby Range. Beckwith Pass would also provide a relatively easy staging area for a summit hike of East Beckwith peak, which looms just to the west of the pass. Anyway, some pictures, in no particular order: 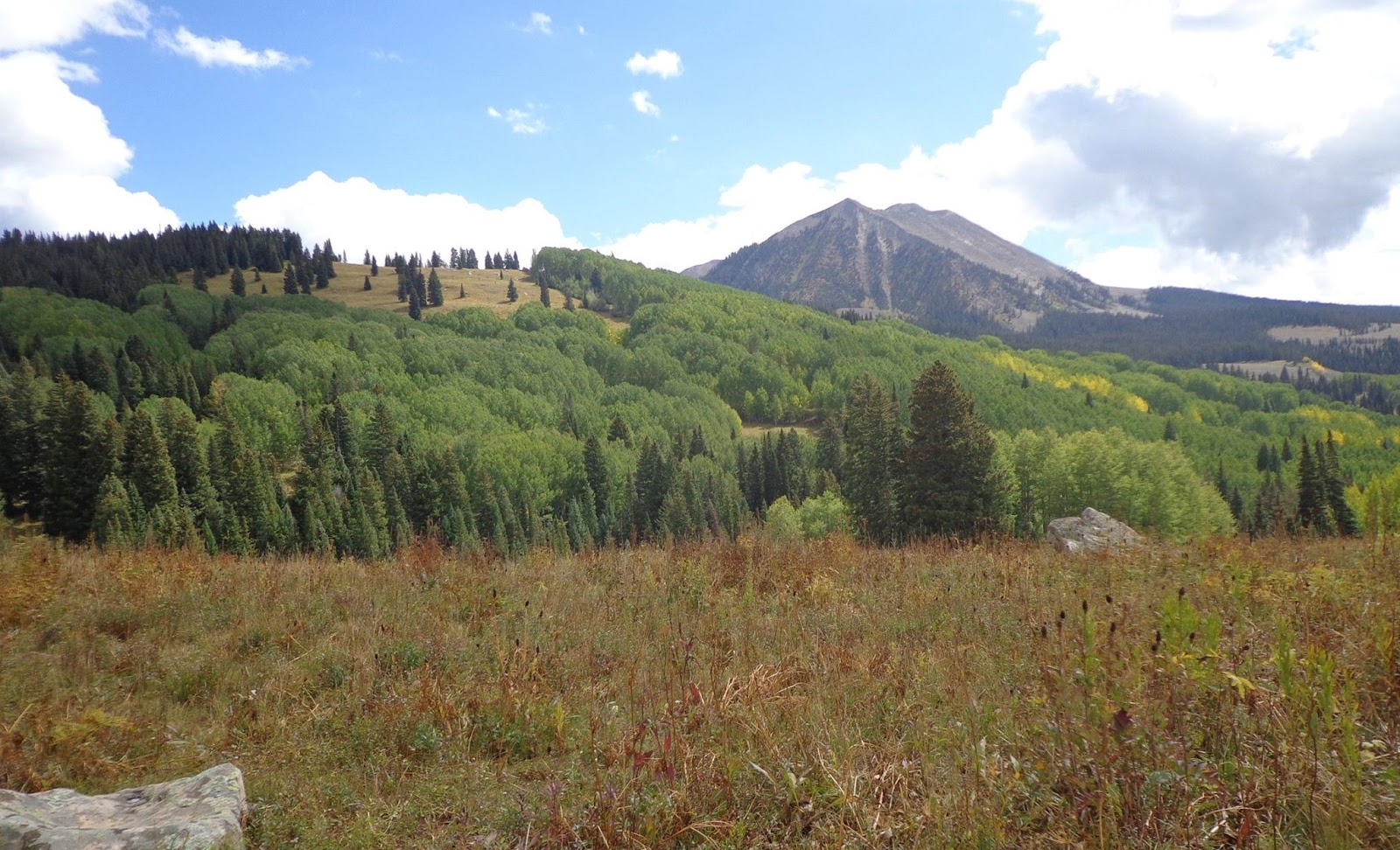 These aspens are not peaking. Still my favorite tree. 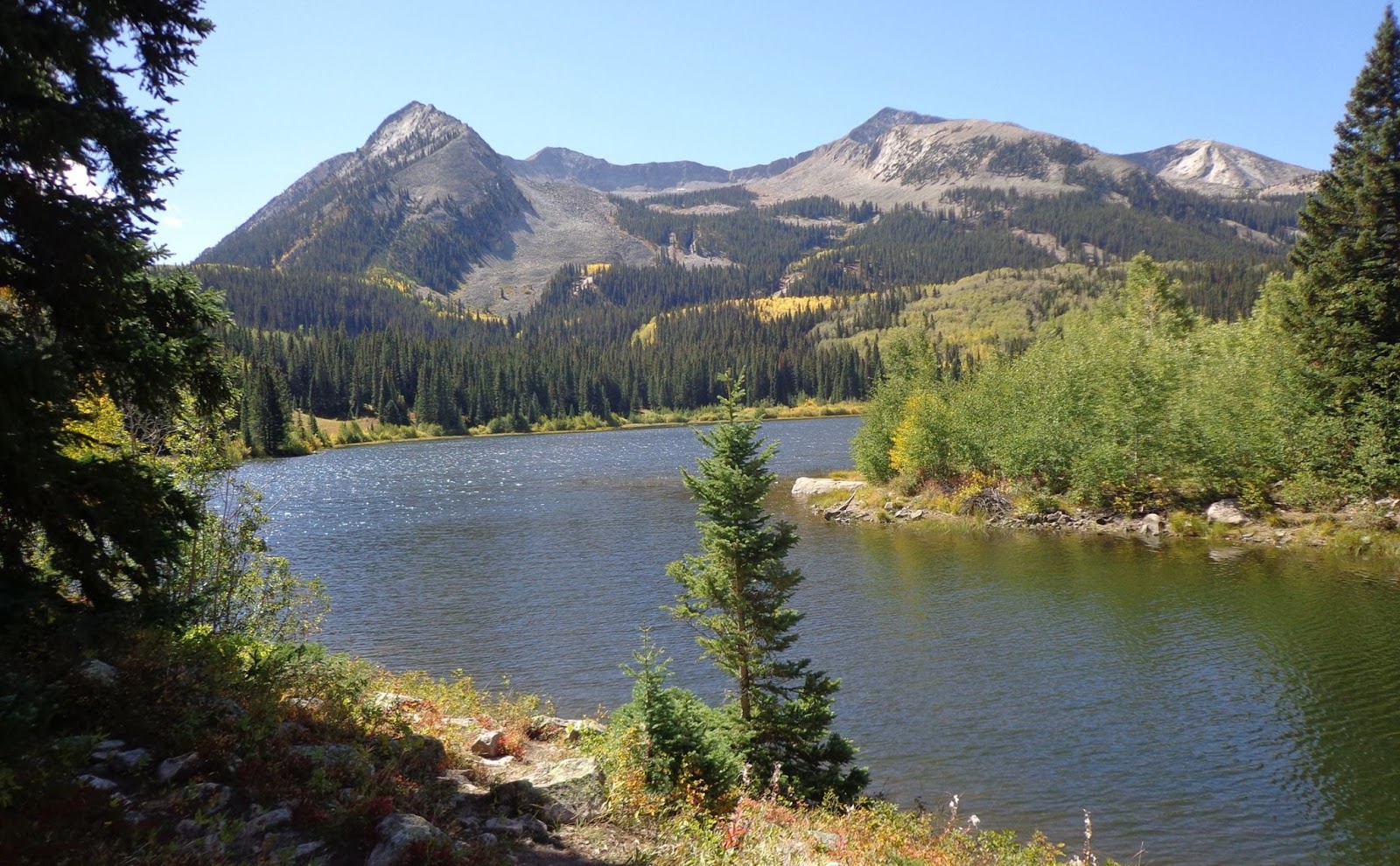 Lost Lake Slough, a good staging area for the hike. Actually, the backpackers parking area is about a quarter mile behind me as I was taking this picture. 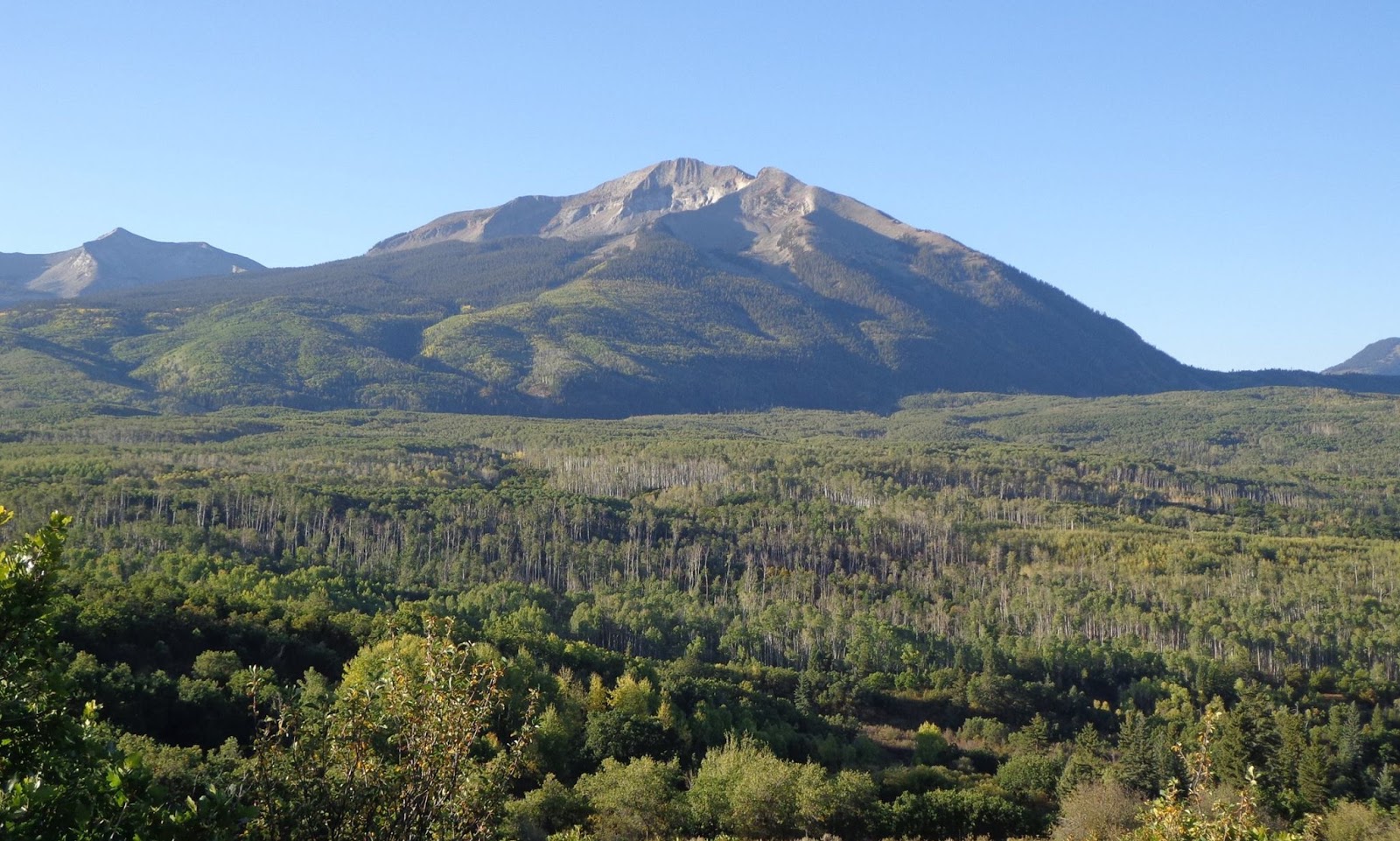 I took this on the drive in on CR 730, the "West Elks Scenic Loop"—a rather rough road, but doable even in a small passenger car, as I can attest through direct experience. I actually believe that this is West Beckwith Peak, but I'm not 100% sure. 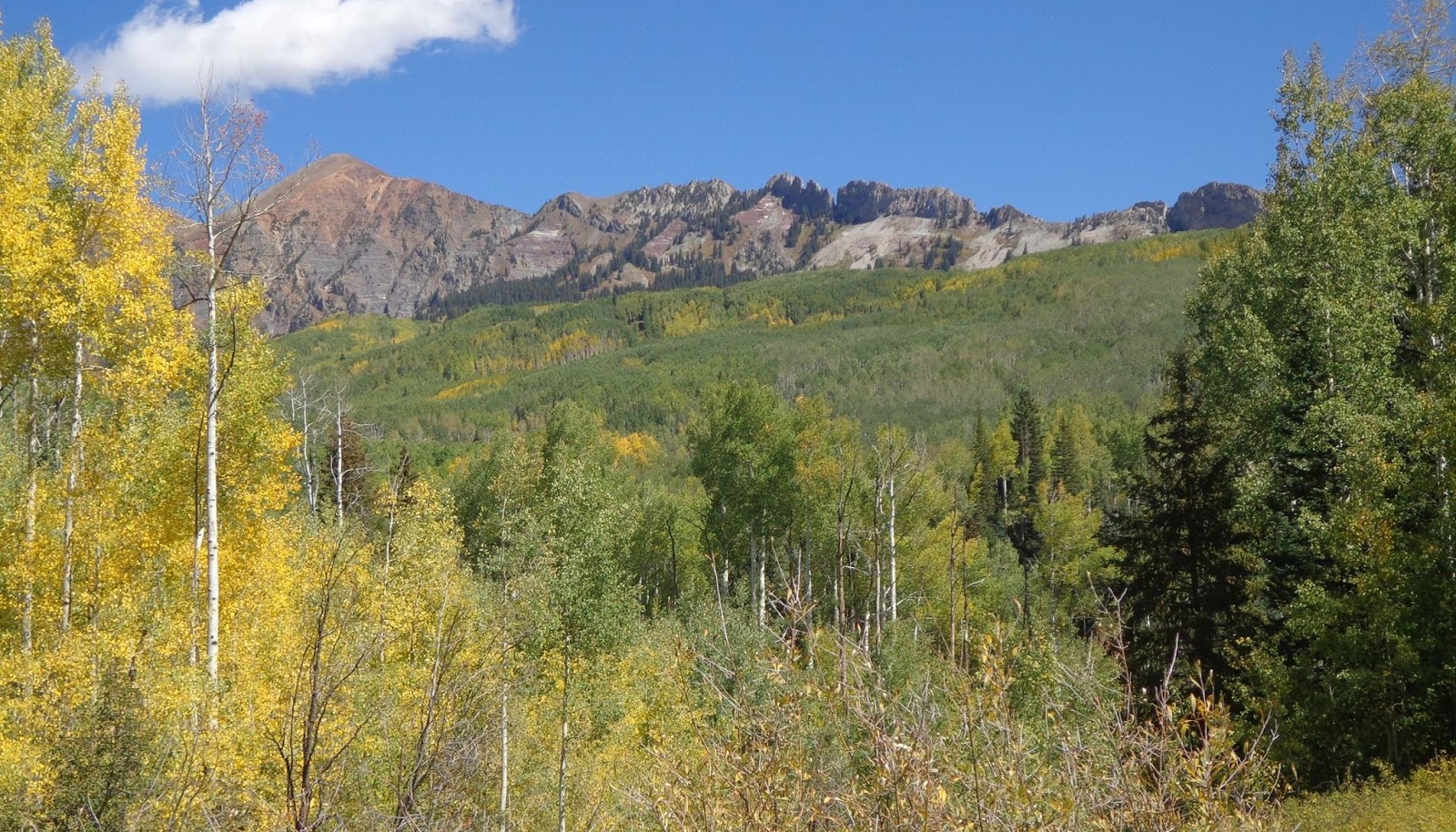 A long formation called "The Dyke" which I got to see from multiple angles. The best views were actually as I was driving away from the hike, actually. The Dyke is on the other side of the valley from the West Elks, heading into the Raggeds. 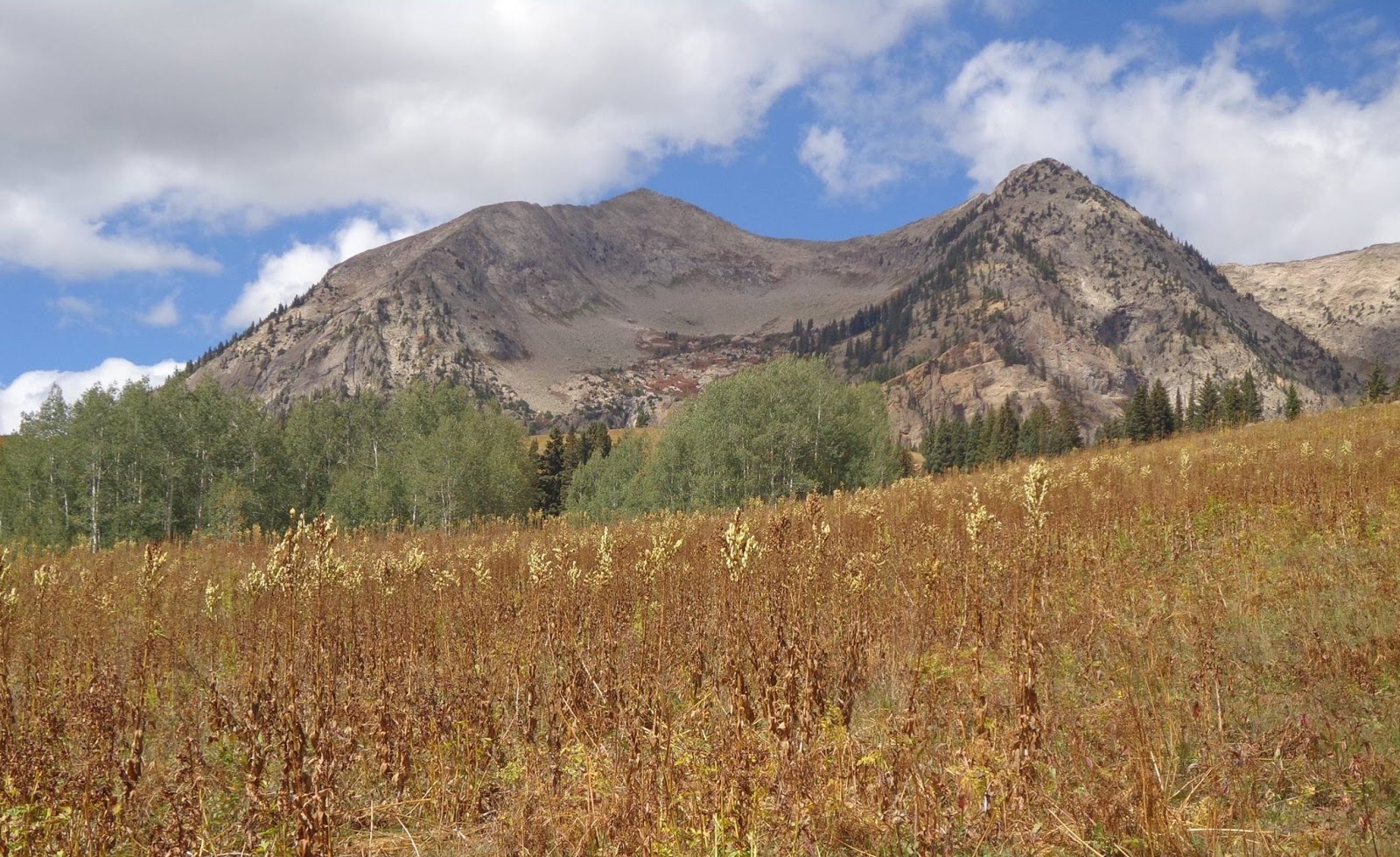 East Beckwith Peak from just beyond the pass. There's actually a trail that wraps around the south flank of the mountain, and can be joined by some moderate bushwhacking through beautiful aspen groves, as I found out (somewhat by accident, actually.) The only problem with this plan is that it's hard to do much dead reckoning from deep within an aspen forest where you can't really see points of reference very well. 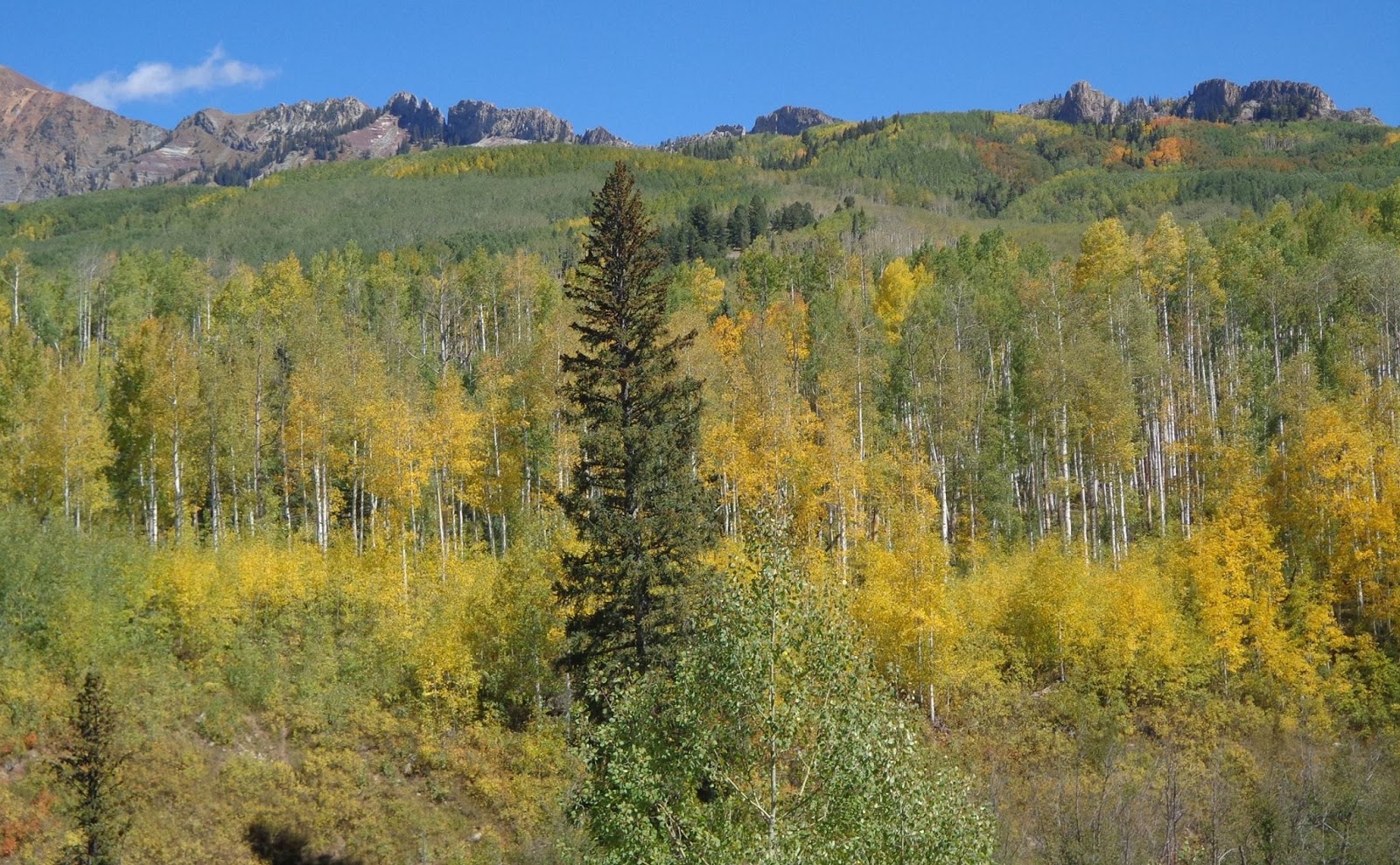 Another angle of the Dyke. 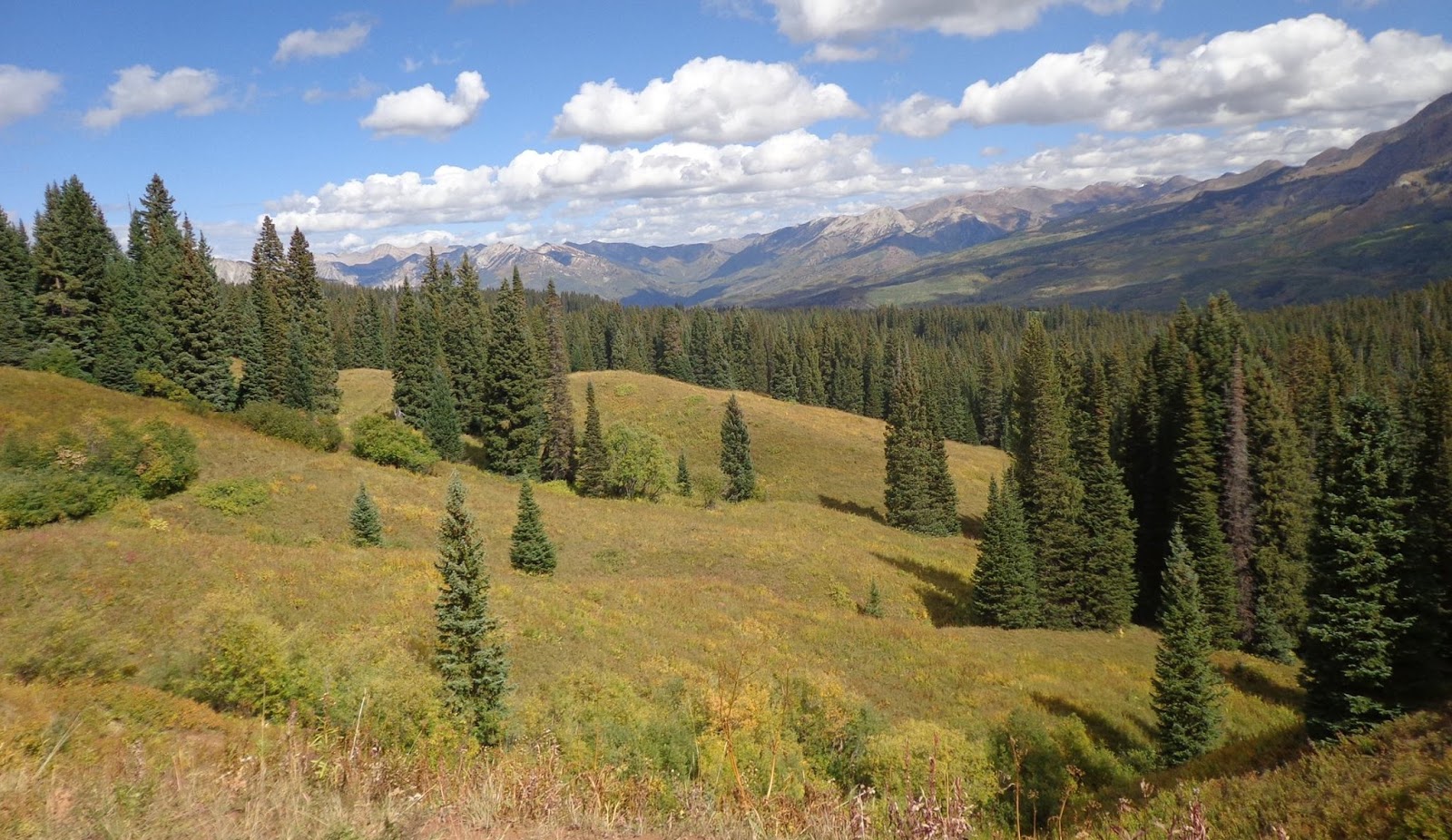 I ended up on the pass both the first and the third days, and at a similar time of day, so I have a lot of pictures that look very similar. Here's the view northwestward from Beckwith Pass. 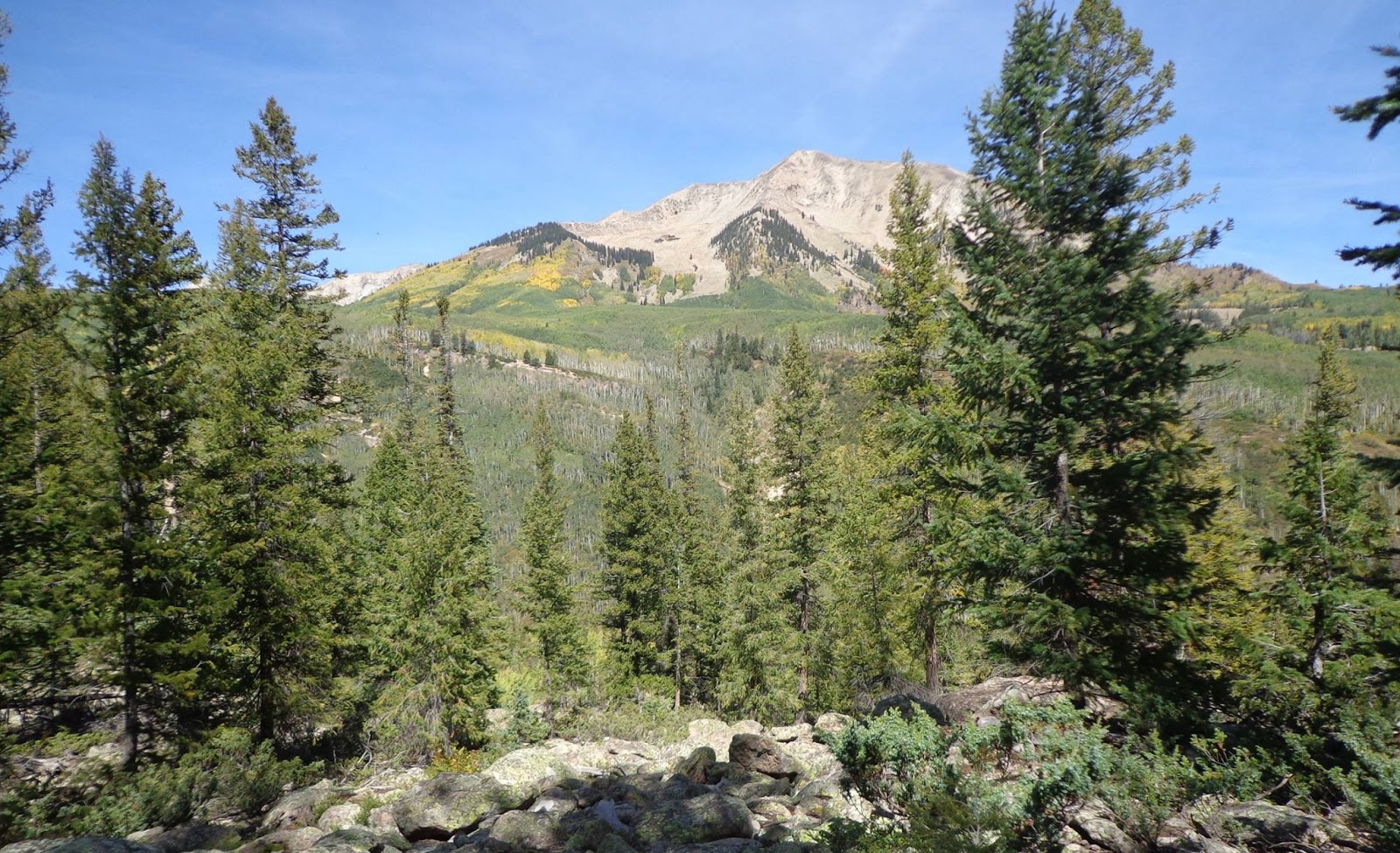 While stopping during a vast old rockslide area to rest and take in some views, I got this view of this peak, which I don't think was labeled on my Trails Illustrated map. 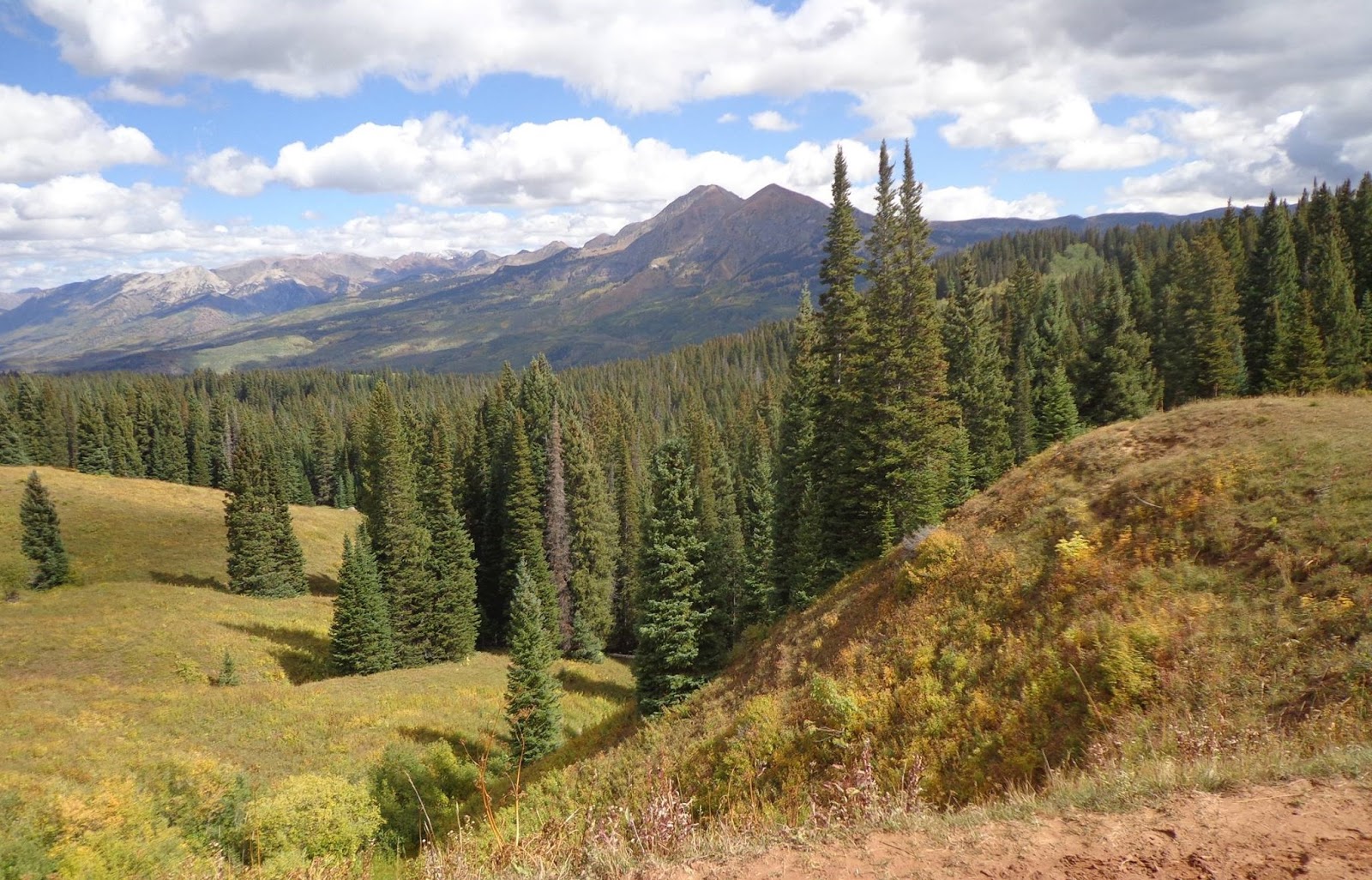 Last look at the Ruby Range before descending from the pass and going back to the car. 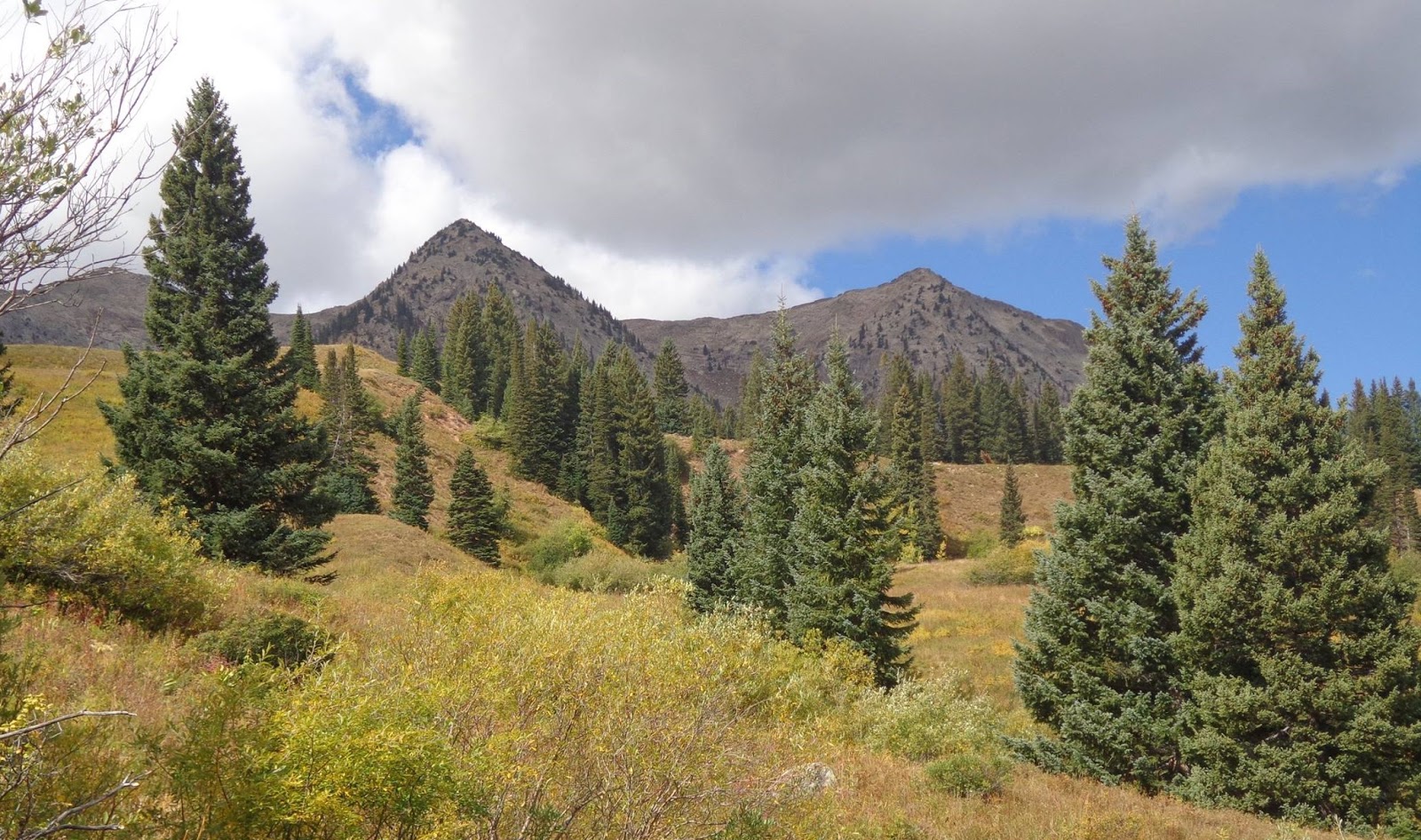 Last look at East Beckwith from the pass before heading down again.
Last edited: Sep 25, 2017
You must log in or register to reply here.
Similar threads