Bear Spray in the Sierra Nevadas

I've read lots of reports about bears getting into backpackers' food in the Sierra Nevadas after spending hours trying to get in to the food (i.e. one story). I've always wondered why people didn't get up and scare off the bears. But in that same story they talk about trying to scare off the bears but the bears just ignored them.

That led me to the question of why they weren't using bear spray.

But, holy cow, bear spray is illegal in the parks!

Bear spray serves as a great tool to teach bears that people and their food aren't worth the effort. And the Parks in the Sierra Nevadas have removed that deterrent.

Does anyone have any insight on why the Park Service would prohibit bear spray in these areas even though they have some serious bear problems?

I certainly agree that black bears aren't the same problem as grizzlies, and I rarely carry my spray outside of grizzly country. But when some trails have black bears who are known to be able to defeat common food protection practices, it seems that a few experiences with bear spray while stealing food (rub their noses in it) would fix that problem pretty quickly.

I've been backpacking in the Sierra Nevada for 15 years or so, and hiking there since I was a kid. I've seen a bear once on a backpack, and it high tailed out of there as soon as we came around the corner. Even when I backpacked in Yosemite, which is bear central, we saw a lot of scat but no bears. Bears are a lot more of a problem if you're staying in the popular campground areas. But if you're backpacking, as long as you have your food in bear canisters you don't need bear spray in the Sierra Nevada. It's probably banned because there are too many idiots out there who would spray themselves, then expect to get helicoptered out.

Yep, I was on the JMT in July and it is indeed illegal just about everywhere in the Sierra. What is the reasoning? I'm not sure and i've never found out.

I've seen several bears over the last few years in Yosemite and Sequoia NPs - a few pretty close up - and i've never once felt in danger. Black bears are pretty docile unless surprised, with cubs etc. Attacks on humans are rare and indeed I believe there has never been a black bear related fatality in California.

I think instances of black bears in the Sierra "defeating common food protection practices" are rare. The Park Service and Forest Service are very big on the use of canisters and I believe for the most part their use has had such a great effect that many bears will now not even touch the canisters if they seem them as they know it to be a futile effort. As well as bear spray, hanging (including Ursacks) is also illegal in much of the Sierra, bar a small area just north of Kings Canyon. I've not heard any story of either front or backcountry hikers having food stolen when properly stored using approved containers ie canisters, bear boxes etc. Instances of bears getting food is generally down to human error or poor practice and mostly happens in the busy campgrounds in the main areas of the parks.

I honestly don't feel it's needed in the Sierra, bears aren't that much of a problem there. In the backcountry for the most part they seem to leave people alone.

I would consider hanging food to be a common food protection method. Why is that illegal? I assume it's because the bears have learned to defeat it.

As Laura said, black bears are rarely enough of a threat to people to justify the spray. It just seems to me that there are enough problems with bears and food that could be solved with some properly used bear spray.

Wasn't there a big problem with bears getting into food boxes at Rae Lakes?

Maybe there is too much human error with food hanging that has resulted in bears getting food, but, again, bear spray can address that problem, too.

It's just a weird rule to me...whether it's needed or not, why is it prohibited?

I agree that bear boxes can solve the problem with time...I guess I just think bear spray should be a personal decision since it's non-lethal. With time maybe spray could make the bear boxes largely unnecessary. From some of the things I've read, large cans of pepper spray are illegal in California, so maybe that's why they're illegal in the Parks. Who knows what kind of chaos would ensue if everyone carried bear spray?

In all seriousness, though, maybe I don't understand the extent of the problems with the diversity of tourists and the volume of people that frequent those areas.

Or maybe I don't understand the mindset of the management of those areas. I know that when I went to Yosemite Valley it seemed like a lawless, mismanaged, disorganized free-for-all. 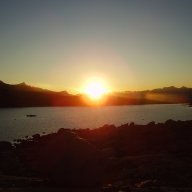 Yosemite is such a zoo that bear spray is probably banned there as an effort to curb misuse by ill-informed individuals firing off cans every time they see a bear or wetting down their coolers with the stuff. I've never seen any regs against bear spray in the National Forests or SEKI; if bear spray is banned at either, it must be pretty low key. A proper use of bear spray would be as a potentially live saving deterrent during an attack, but using it as a form of pest control after bears have breached stored food- even more so, illegally stored food, as was the case in the blog referred to in the OP- would probably not be considered an appropriate use. 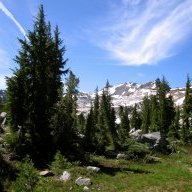 ogg said:
I've never seen any regs against bear spray in the National Forests or SEKI
Click to expand...

"Note: You may see park staff using more aggressive techniques to "haze" bears away, such as paint-ball guns, pepper spray, slingshots, or rubber bullets. Do not try these techniques yourself. They may seem "mean," but it may keep bears wild in the long run. Park staff are trained to haze bears safely."

link reference: http://www.nps.gov/seki/planyourvisit/bear_encounters.htm
(broken link when embedded)
"Everything in nature invites us constantly to be what we are. We are often like rivers: careless and forceful, timid and dangerous, lucid and muddied, eddying, gleaming, still." - Gretel Ehrlich
You must log in or register to reply here.
Similar threads