The backpacking season has just started for me! Much of the high country is buried still under 5+ feet of snow so it's time to slowly chase the snow up the mountains. Starting off with Pipestone Canyon in the Okanogan highlands. Lots of open country. Most of the "wildlife" in this area we saw were just grouse, deer and tons of grassland birds (which make beautiful noises). I couldn't get much of them on video as they were pretty sporadic and or lying low due to the 30-40mph gusts. The wind was almost unbearable at times. There was little cover and the wind kept sucking the air from my mouth. When we reached our campsite (including all of the pack off side exploring) we hit 5 miles @ 3000 feet of net elevation gain - not a bad start to be getting in shape. Wildflowers are starting to bloom! Also got some late season snow and sleet. 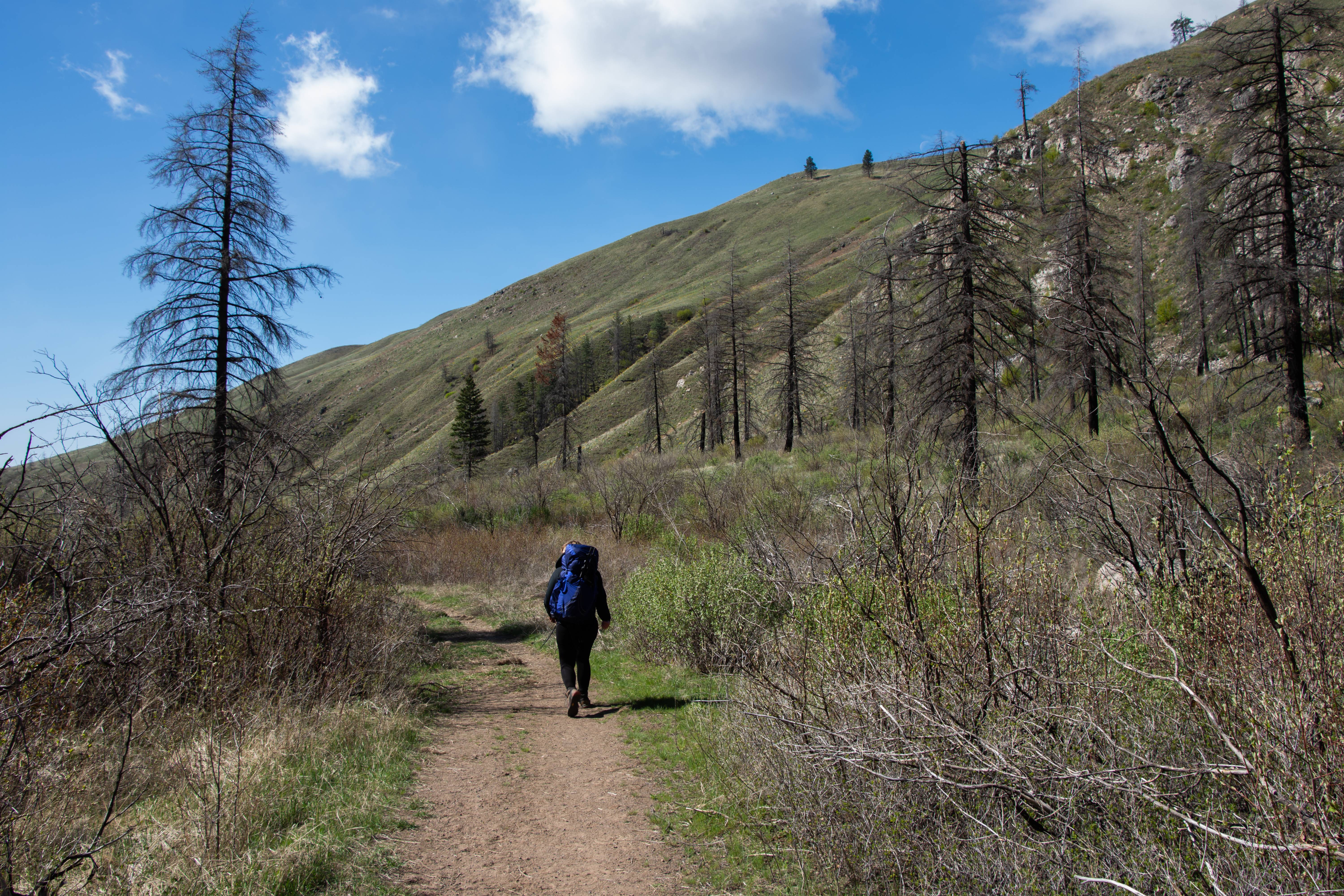 Leaving the only 1 mile section of trees in the canyon. 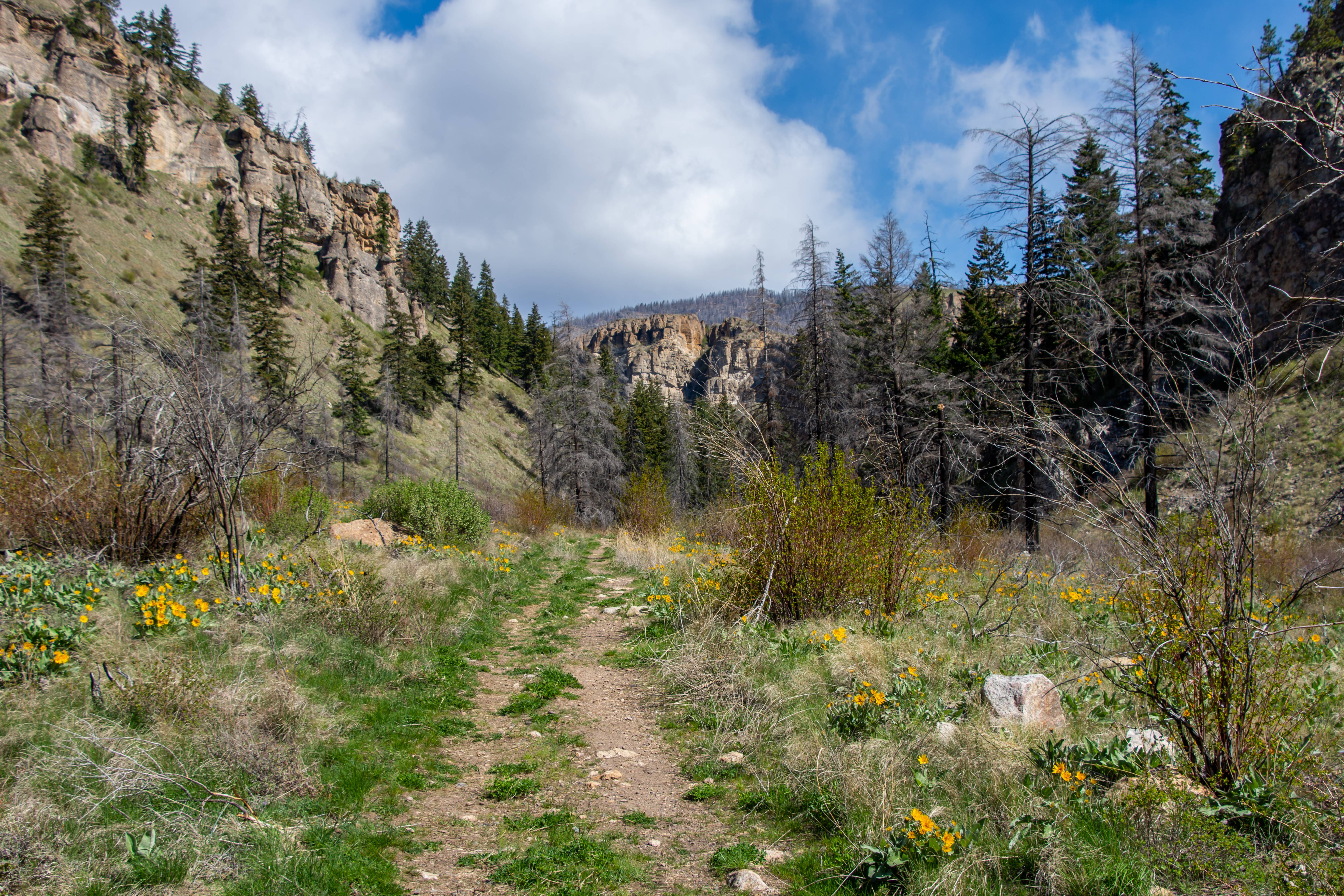 Looking back from where we came from. Flowers in bloom. 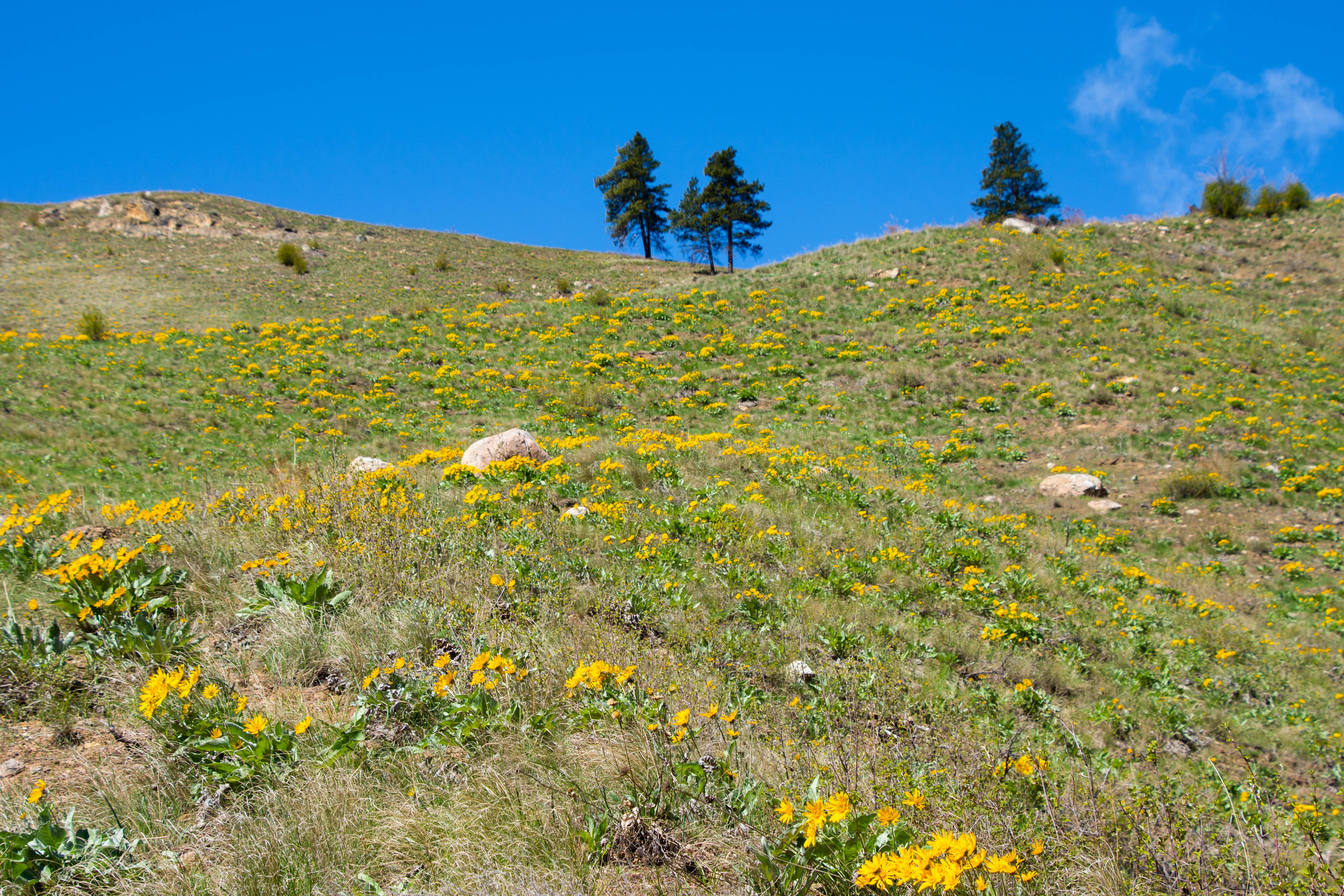 We start to follow a game trail uphill to the open country. Even in the pit of the canyon the wind was relentless. There was little we could do to escape. 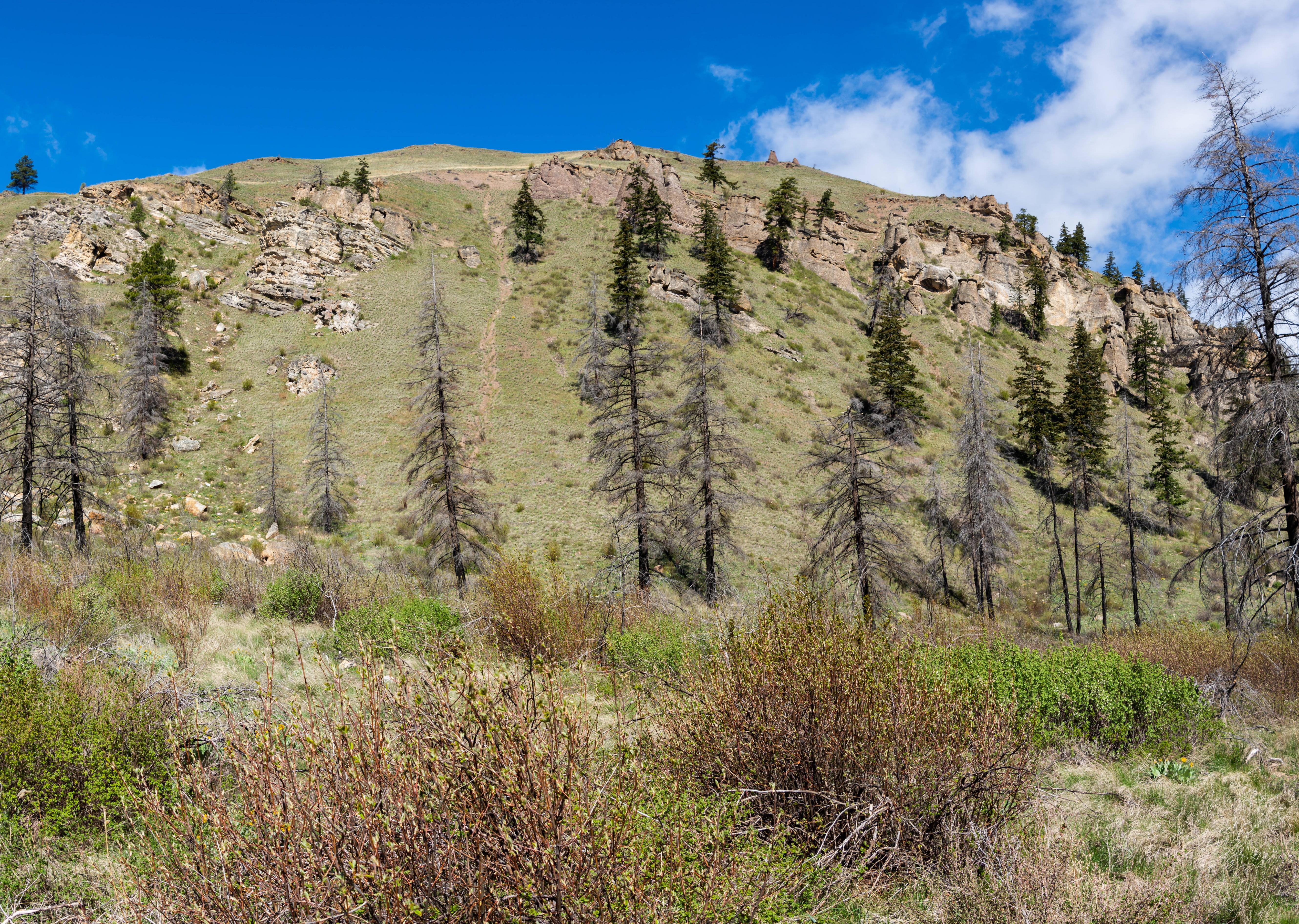 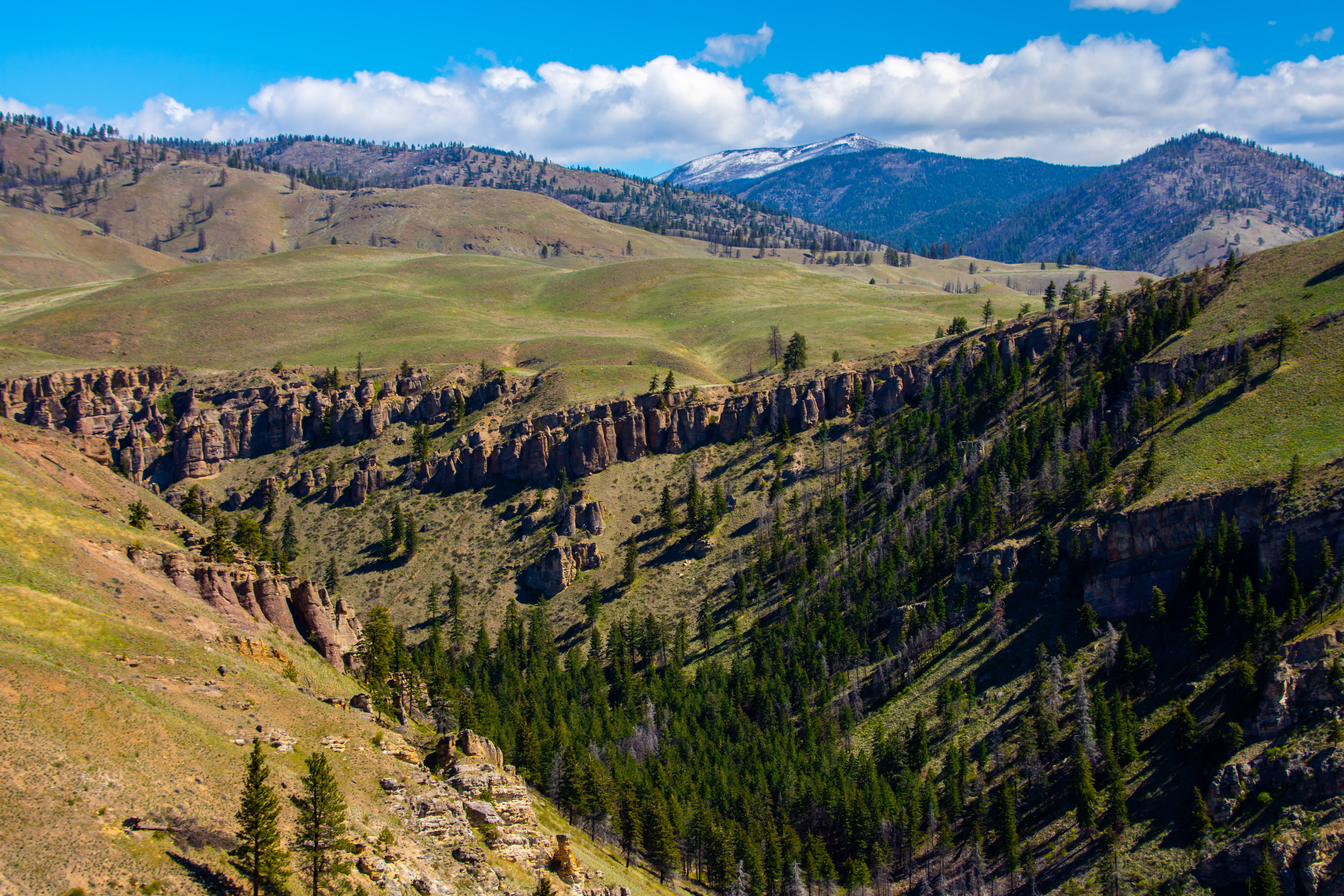 Gaining elevation. Looking back into the canyon we emerged from. 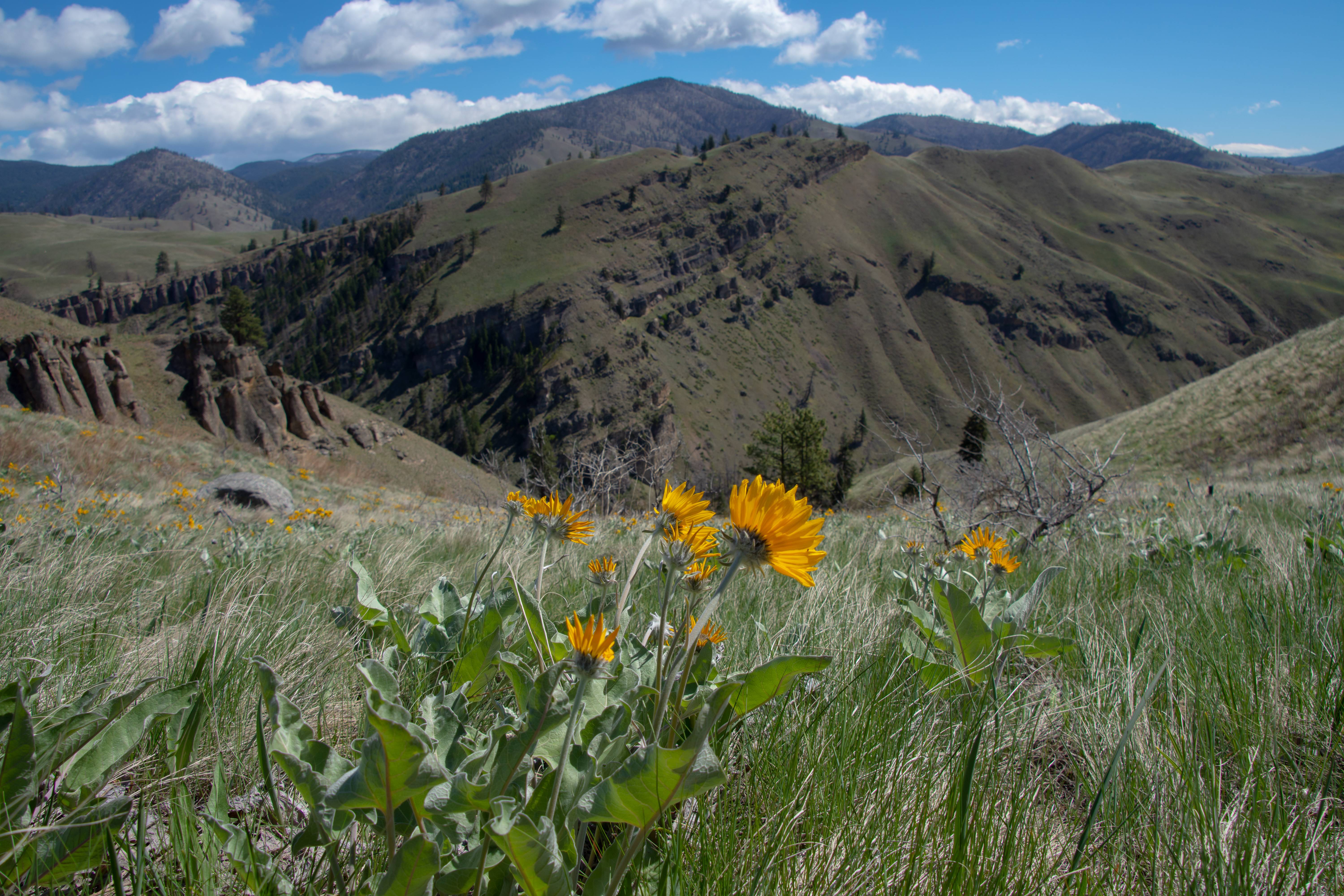 Flowers taking an absolute beating from the fierce winds. 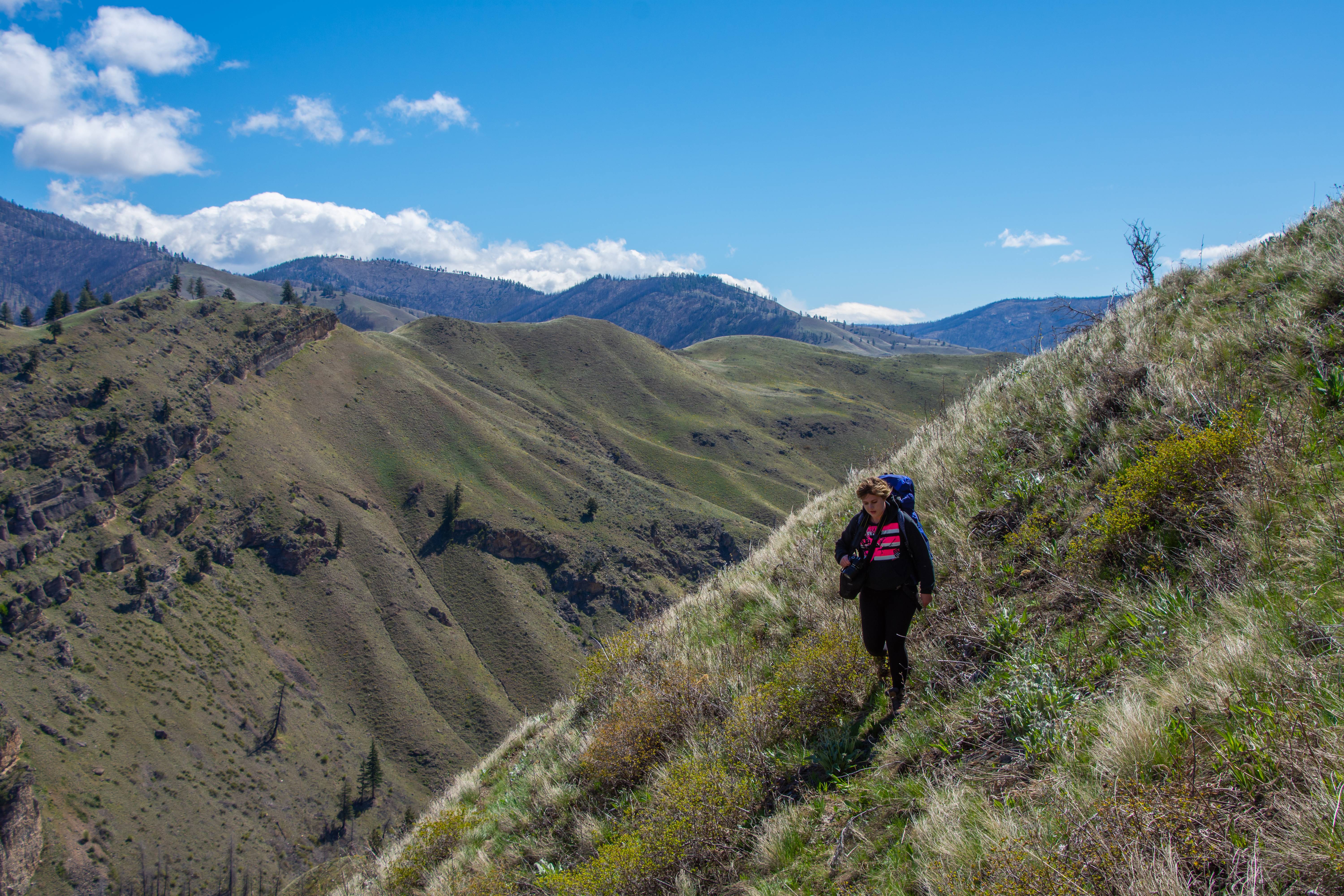 Following the game trail on some steep terrain. The wind really did us a solid with helping us keep balance /sarcasm 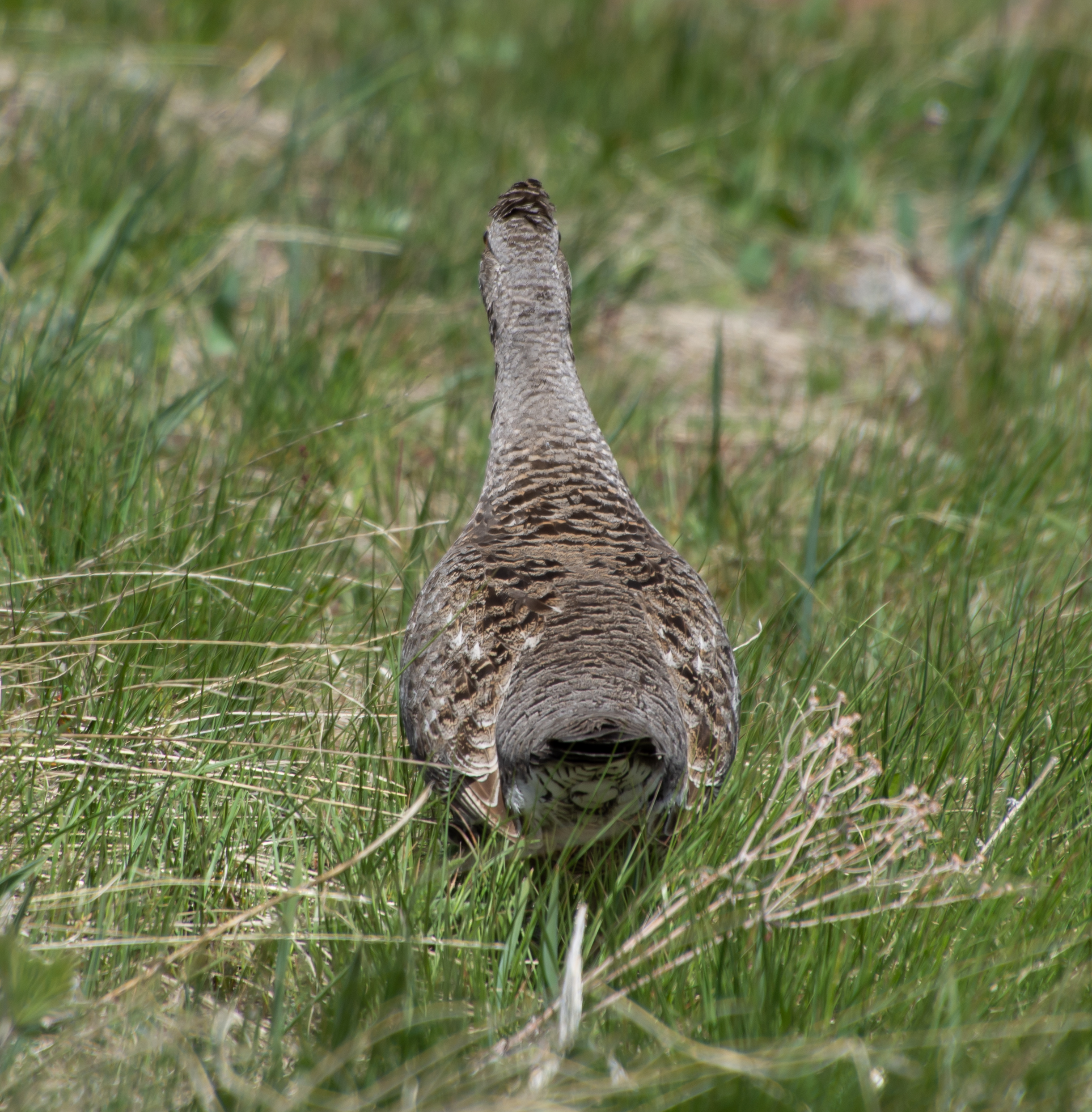 We ran into LOTS of grouse. 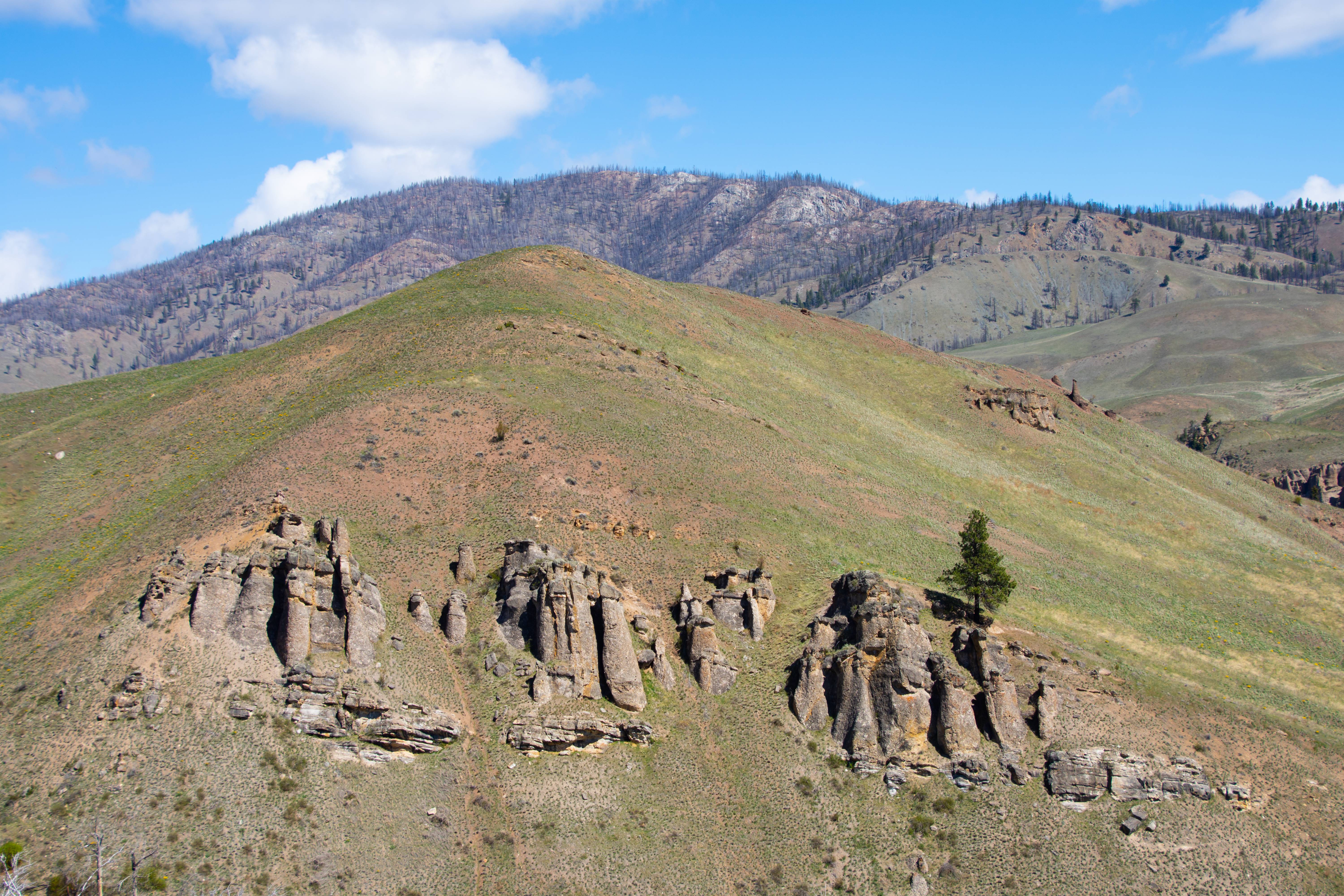 Looking toward the southern terminus of the Tiffany Range. This trip was meant to be taken to Tiffany Mountain but the forecast changed in that area to 19 degrees as a low with a few inches of snow. 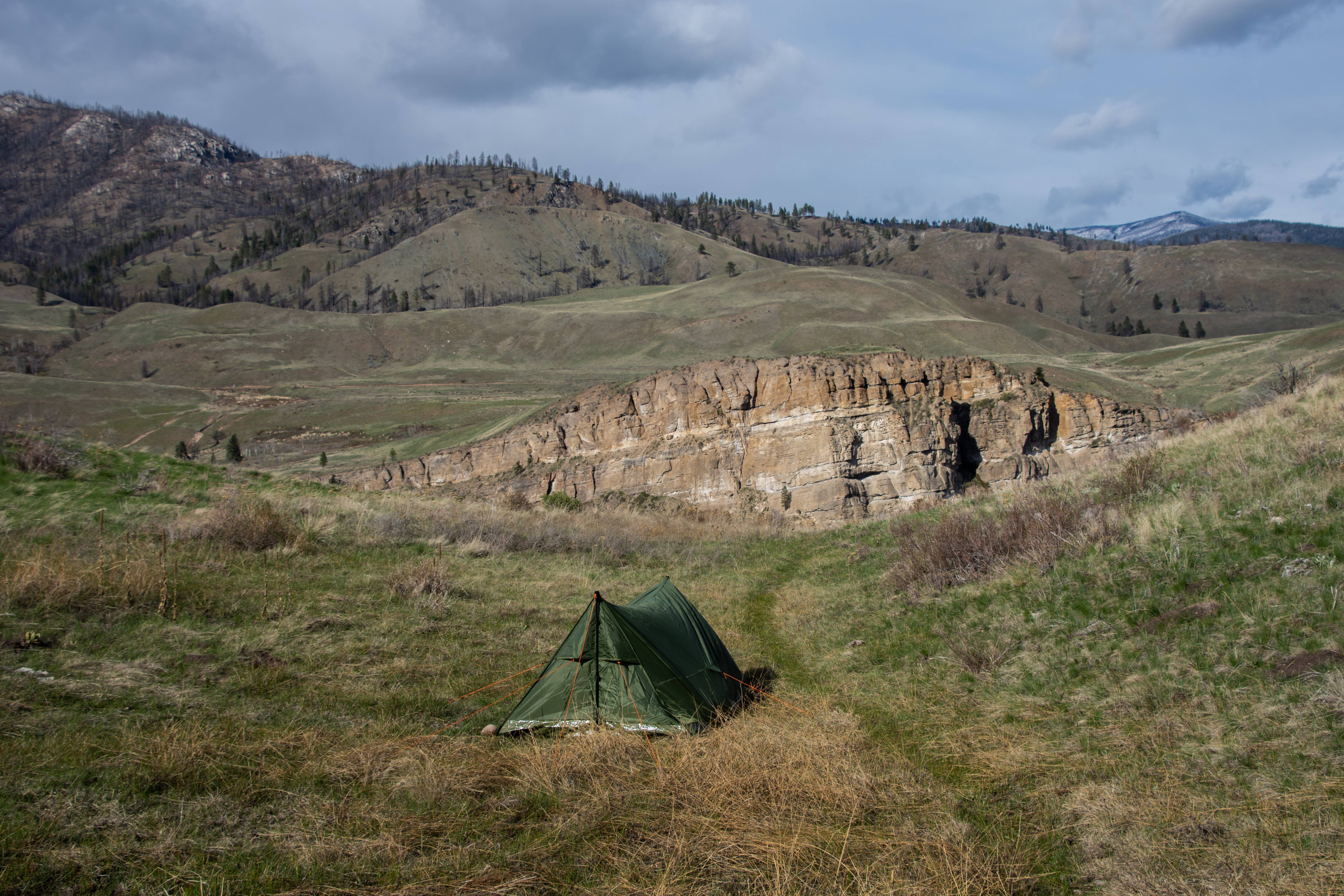 Found camp next to the game trail. This was in a little basin and the least windy of everywhere we had been up to that point. My old reliable Eureka A Frame green tent died this winter. I was drunk and tore through the side of the tent in a hurry to take a piss. So for $50 we got this lightweight River Country trekkin pole tent. It's 6lbs lighter than the Eureka A-Frame with the only downside being we need trekkin poles which we normally don't bring. But hard to pass up a $50 tent (from a Washington company nonetheless). Surprisingly it set up fast and withheld a night of 40-60mph winds. I can foresee it having issues camping on rockier terrain though as the crux of the tent is the stakes. It flurried and sleeted a bit as well and held up. 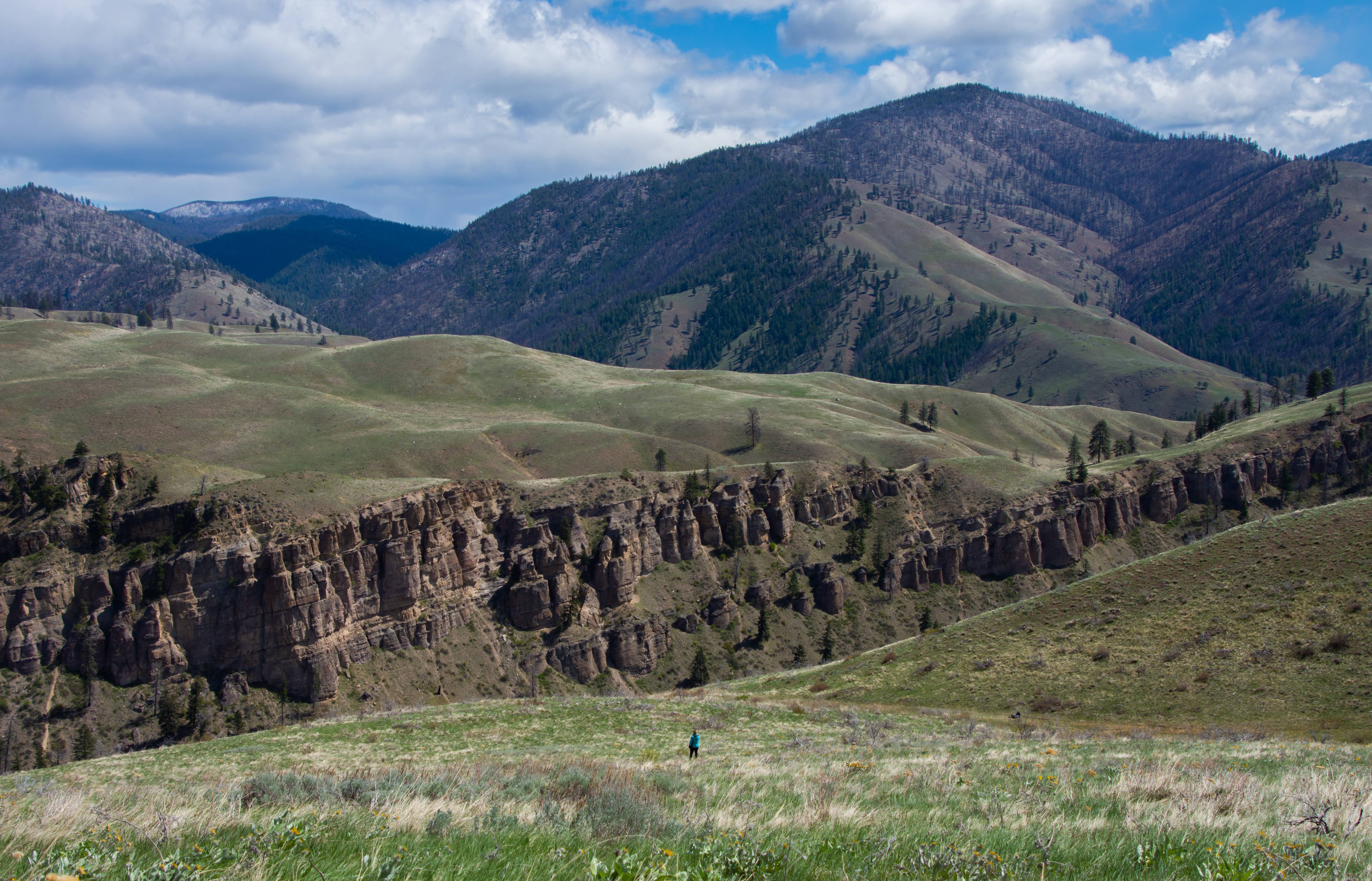 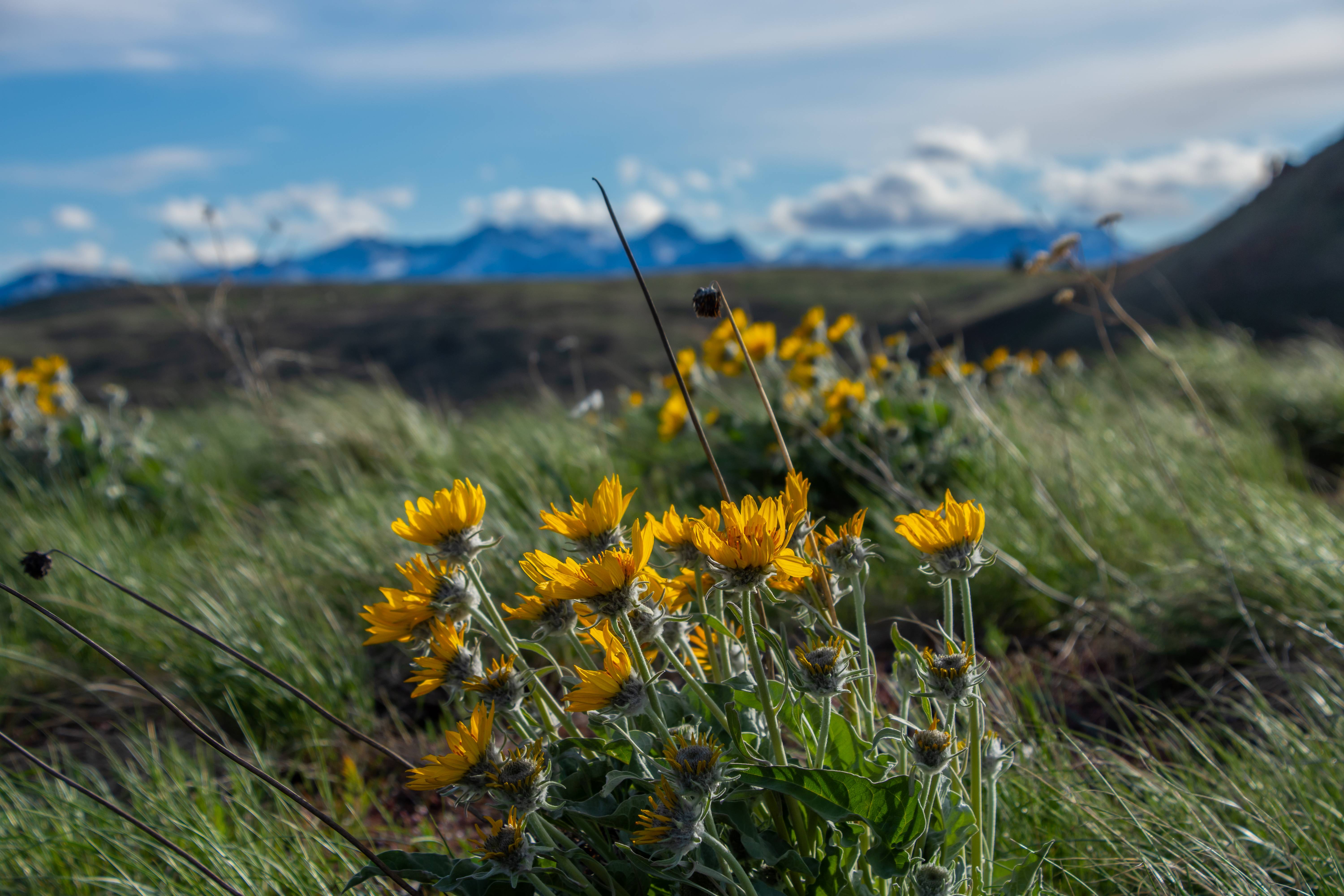 View of the chelan-sawtooth range. Great fall camping and hiking in there. Insane amount of golden larches.

Good start to the season, can't wait for the mountains.
-----
My favorite part about mornings is greeting every spider that traveled across the trail that night, with my face.
Check out my Video Trip Reports and Timelapse videos!

Awesome report. What a beautiful area, and looks absolutely devoid of people. Looked pretty dry as well; did you have to pack all your water in?

Jackson said:
Awesome report. What a beautiful area, and looks absolutely devoid of people. Looked pretty dry as well; did you have to pack all your water in?
Click to expand...

Thanks! We found a few streams almost dry of snow melt. I imagine in another few weeks you would have to.
-----
My favorite part about mornings is greeting every spider that traveled across the trail that night, with my face.
Check out my Video Trip Reports and Timelapse videos!