As my son is moving the Prague next month, I figured we better take one more hike before he leaves. We had planned on doing one in the Snowmass/Maroon bells area but the weather forecast looked iffy at best. So we did a last minute change to the Snowy Range in southern Wyoming about 3o miles west of Laramie. CalTopo says the trail is like 17 miles but actually it is more like 20 (my Garmin was not set correctly and so I missed the first 3 miles out on the lollipop loop) - the whole trail is shown because of retracing on the way back. We found a version of this hike in Douglas Lorain's book "Backpacking Wyoming", however, we did not do the last part going to the top of the ridge as described in his book.

Map:
Click here to view on CalTopohttp://caltopo.com/m/RA0E
Trailhead:
We used the Marie Lake trailhead which is on WY 130 about 30 miles west of Laramie. It is really easy to find with ample parking at the trailhead. As is the usual case, finding the exact start of the trail around the lake is a bit confusing but if you use the West Marie Lake parking lot simply follow around the lake and then head easterly to the next lake and you will find it.

Trail:
The trail is a typical alpine/subalpine trail with lots of rocks - nothing difficult except maybe some "missing" trail portions around the Gap Lakes where you have to boulder hop around the edge of the lake. We did the lollipop counter clockwise. 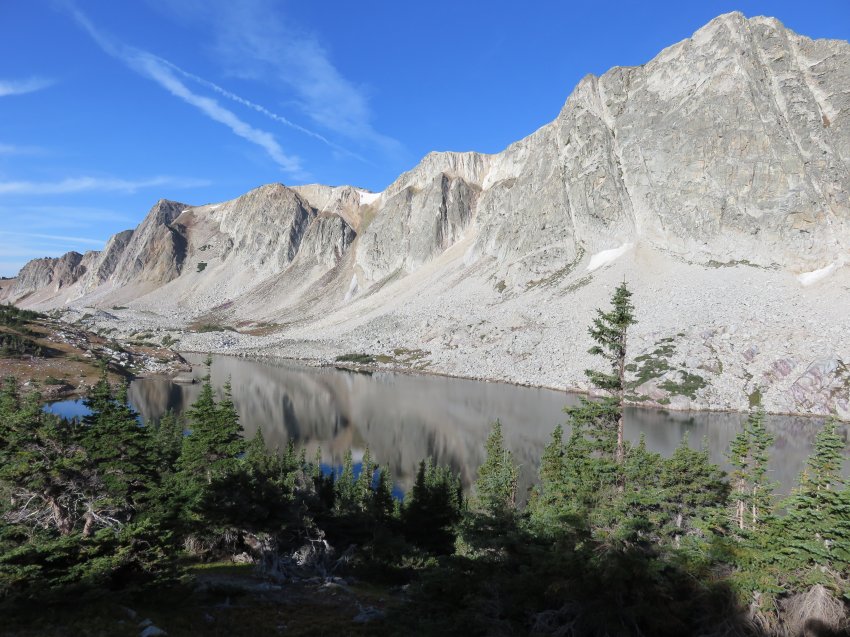 The first night we camped at a small lake past Lost Lake and before Twin Lakes. Campsites are a bit hard to find where you would like to as the areas around the lakes are quite rocky.

We didn't encounter any bear on the hike but did see a large herd of these creatures at our first campsite (they wandered thru overnight but didn't do any damage: 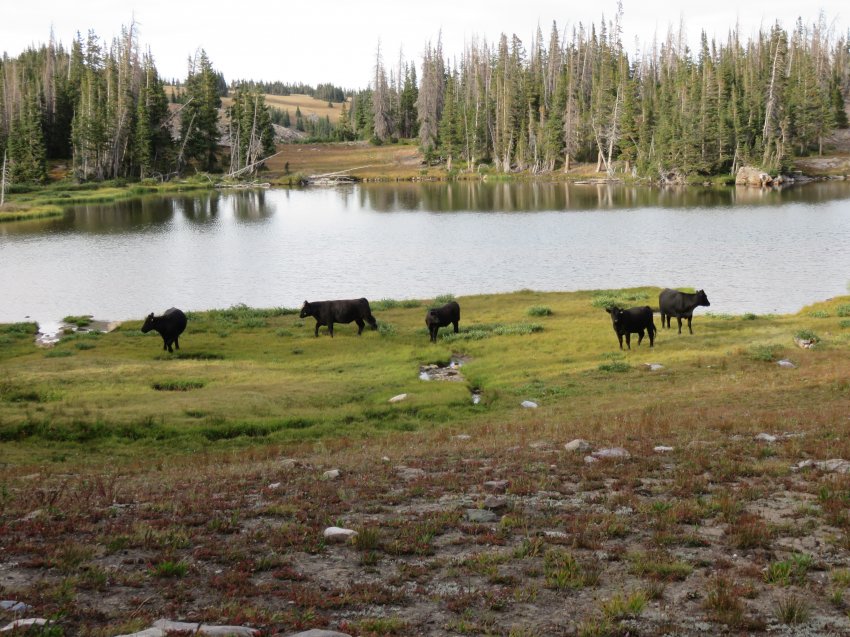 The trail is evidently also used for snow shoeing and/or cross-country skiing as there were numerous rock piles often with posts sticking out of the top marking the trail. I called this one "Super Cairn" 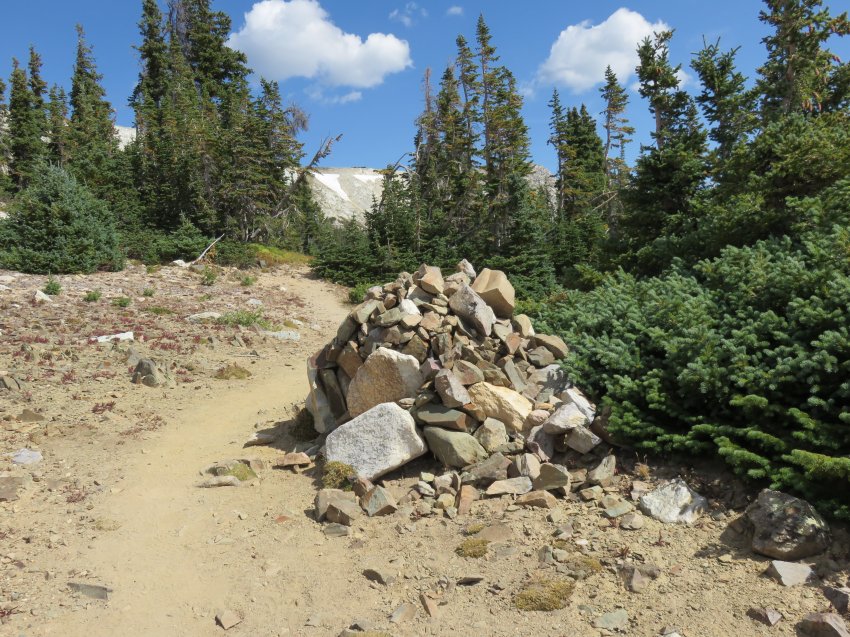 The trail spends quite a bit (probably about 1/2) of the time in treeless meadows and/or rocky alpine areas. Here are a few pictures of the meadows: 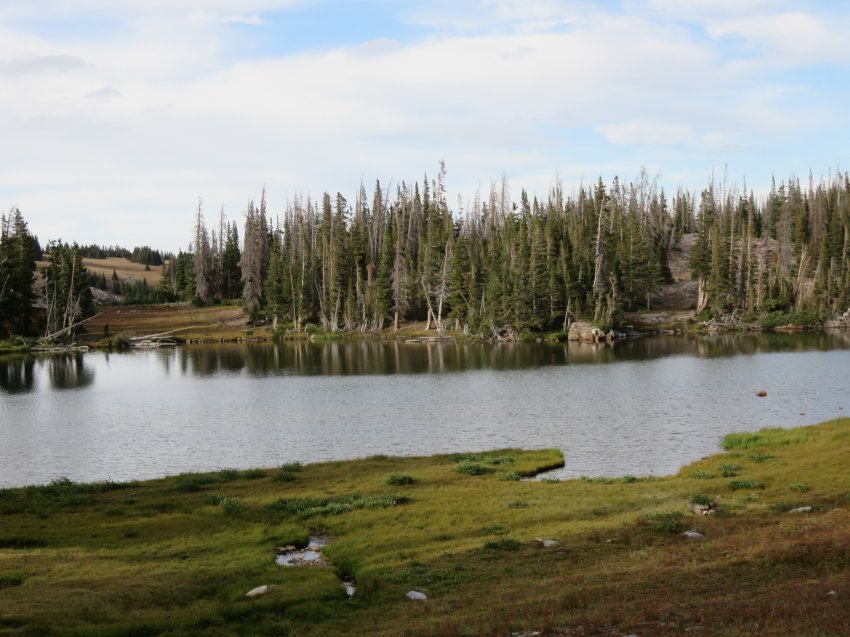 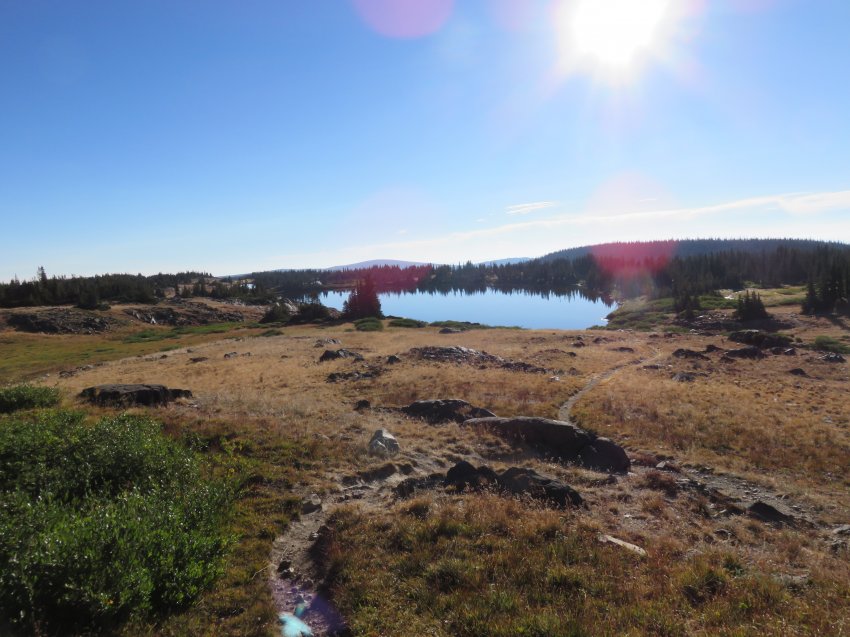 Two of the prettiest lakes were on the west side of the Lollipop loop - Gap Lakes. They were sandwiched between to ridges. Here is where the trail was not noted on the map and one had to boulder hop along the edge of the lakes. 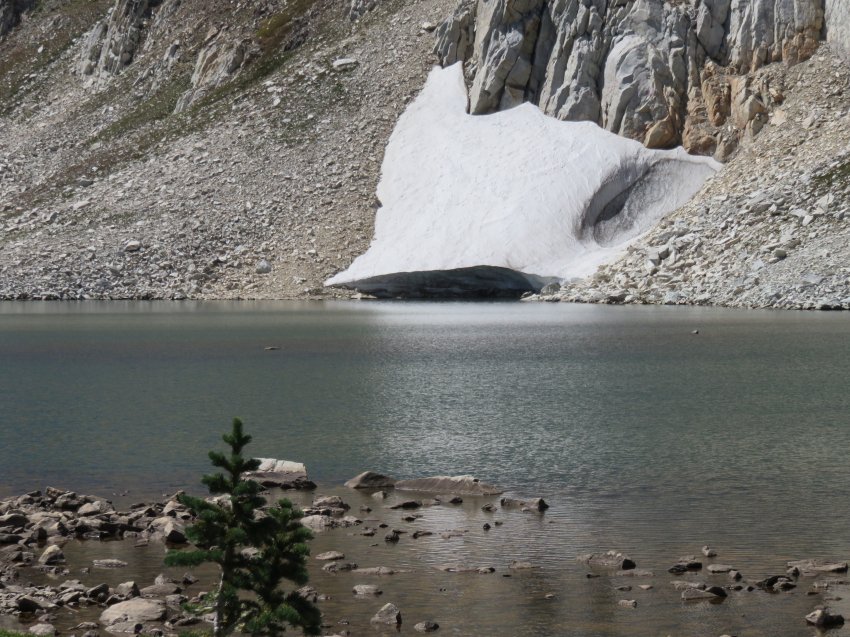 The wildflowers were past their prime but there were a few remaining. 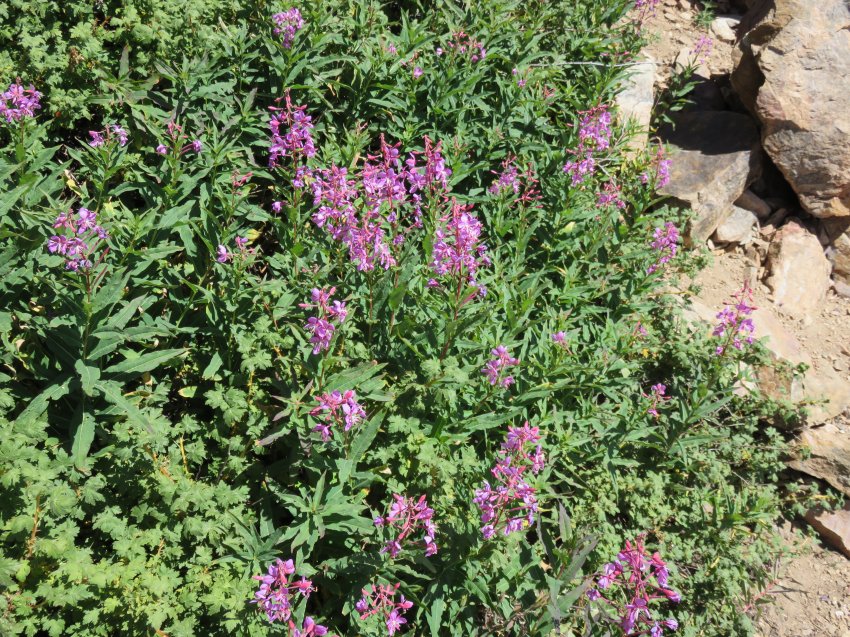 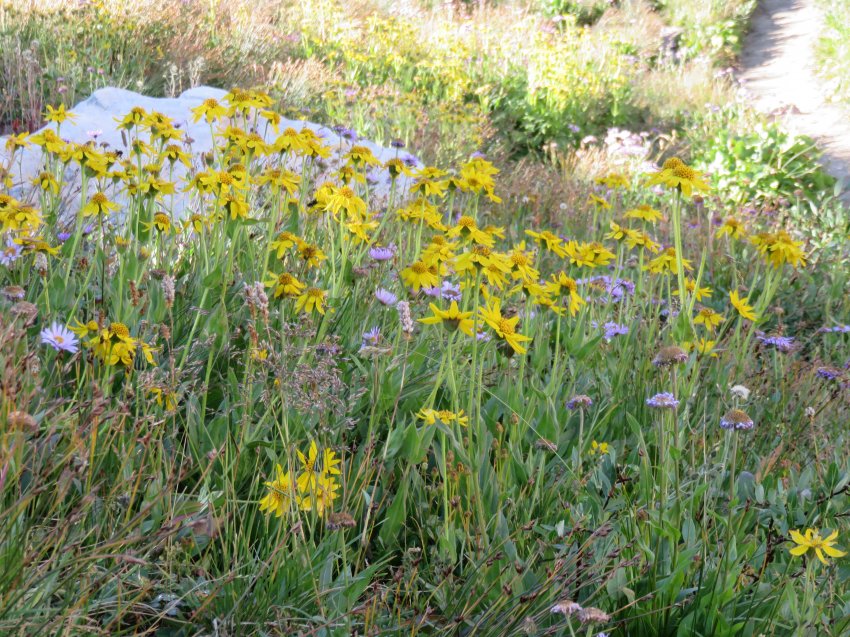 After completing the short 2 1/2 day backpack we took a couple of days to explore Rocky Mountain NP. Although this wasn't backpacking here are a few picture of this portion of our trip.

The elk were just beginning the rut so elk viewing was a major attraction: 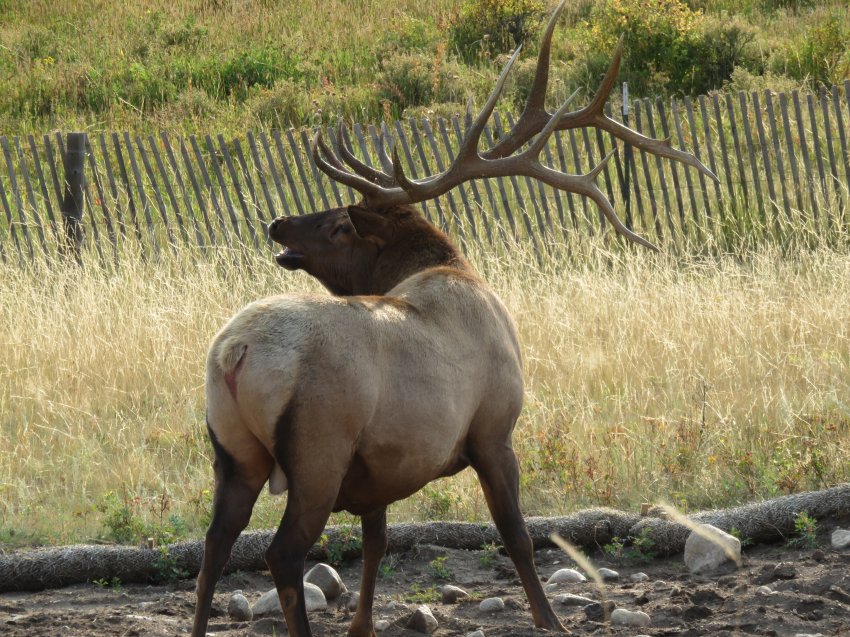 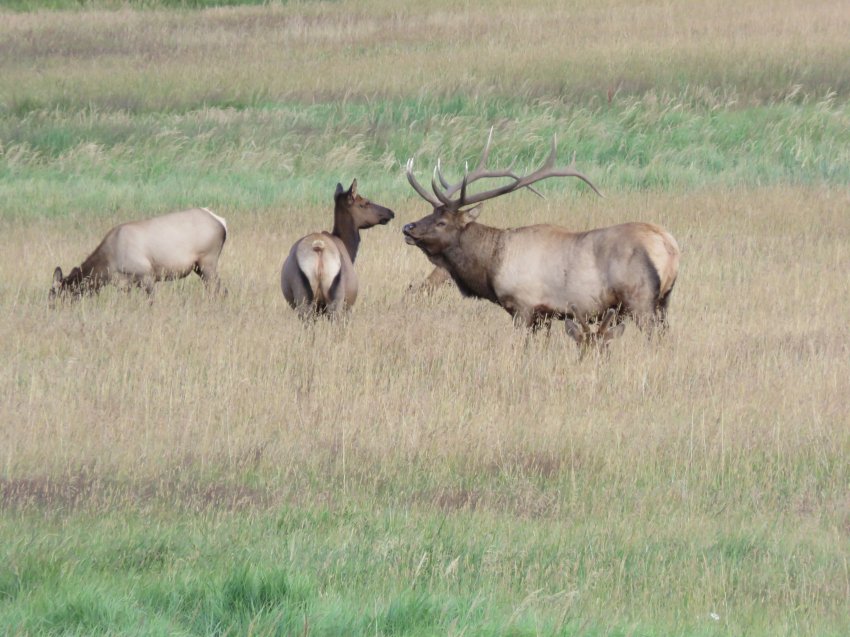 One of the prettiest water falls in the park is Alberta Falls: 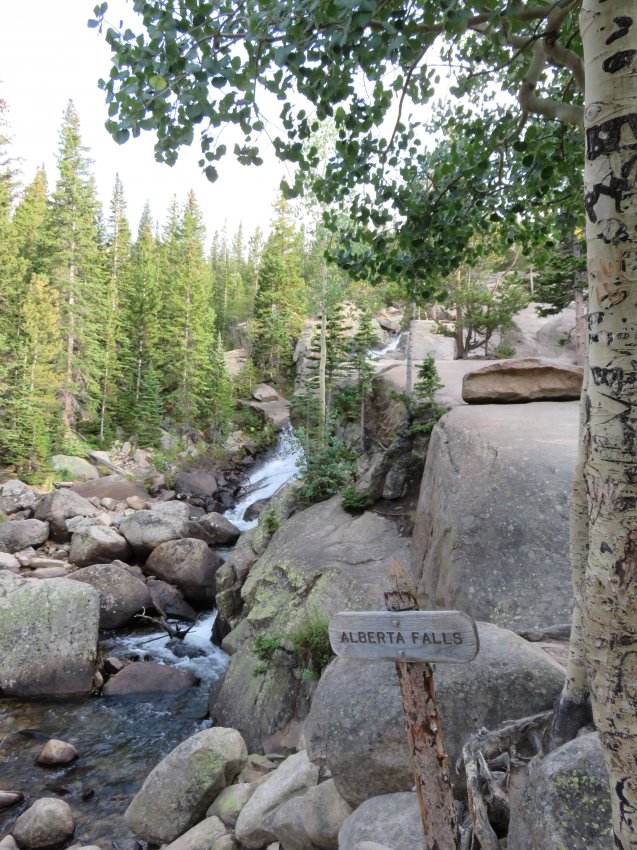 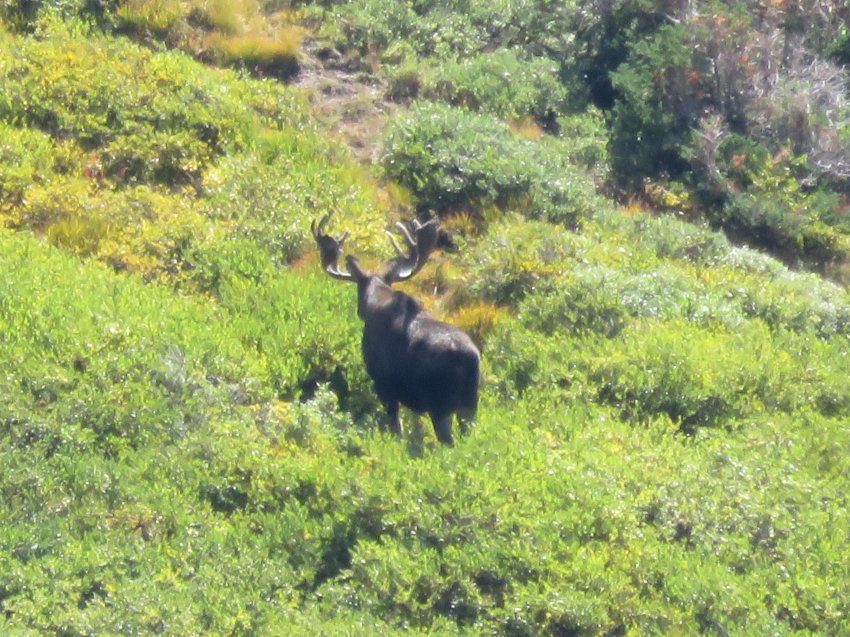 Then finally a picture of my son at Emerald Lake - 3 lakes above Bear Lake: 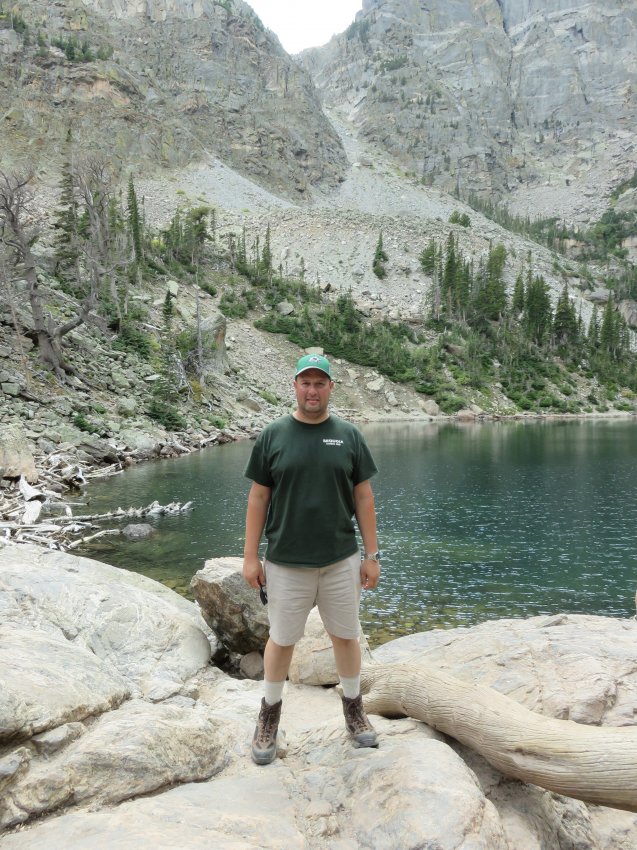 Enjoyable hike - too bad we couldn't have done the Snowmass hike as I have always wanted to look at that area - maybe next year.

Probably have 30 or more elk shots... It was great elk viewing in RMNP

Thanks forvthe report. The Snowies are awesome!
www.simpleweekends.com
You must log in or register to reply here.
Similar threads