With our move settled and getting used to the routine of our new work places it's time to start backpacking again. Despite the smoky summer.

Lacey and I headed into the mountains Saturday knowing thunderstorms were on the forecast. While this may have deterred some, the two of us saw it as an opportunity for solitude and smoke-free-ness

Despite some thunder echoing in the distance, the hike in was quite beautiful under the trees. No one at the trailhead but us, the hike brought us deer, grouse, several squirrels & an owl that I had surprised. For a moment, we heard a wolf cry out in the near distance. We waited a few minutes and never heard from the wolf again, definitely grabs your attention!

We got a nice view of the lower lake before reaching the upper and the upper was in sad shape. 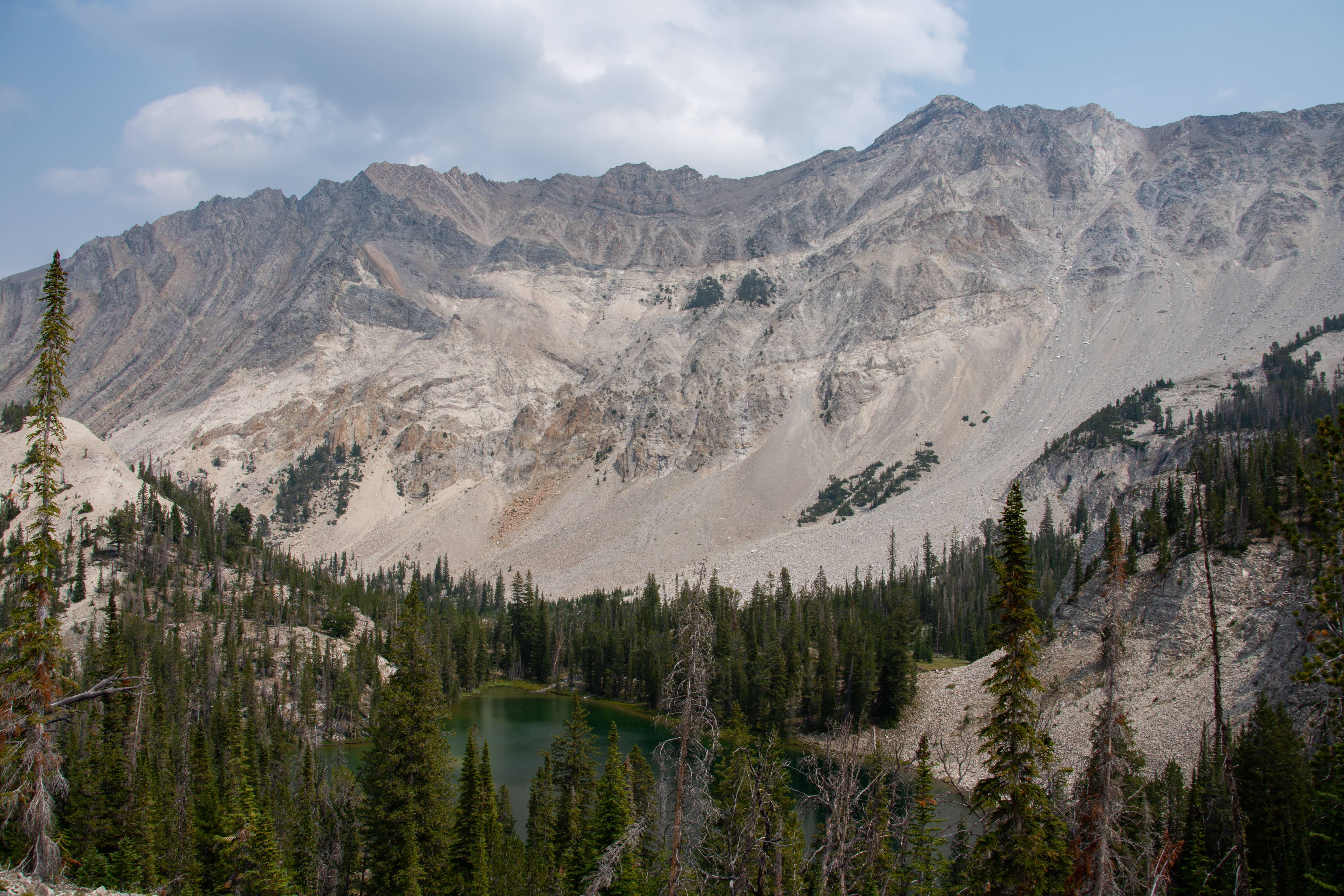 Very muddy and maybe 2 feet deep in the center. It was more of a puddle. Started to cut off trail through avalanche debris up into the basin. 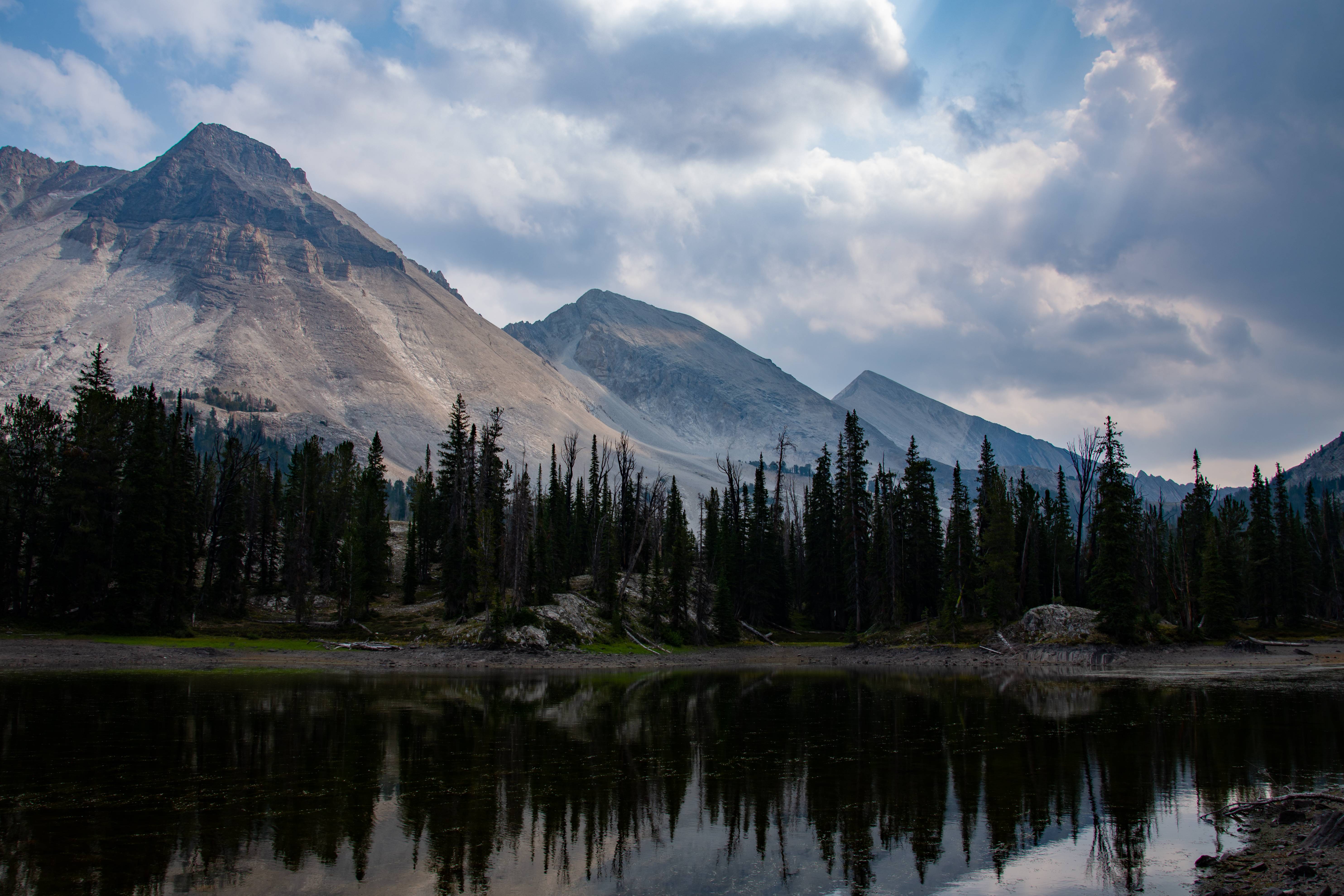 We made it to the Big Horn Basin just in time for the storm to hit. Top 5 worst thunderstorms I've ever camped in. Wind initially ripped the tent stakes out of the ground so I double staked each corner while getting pelted with graupel. Despite having decent cover in the trees the wind was pretty rough. Instead of 10-30 minutes this lasted 1.5 hours. 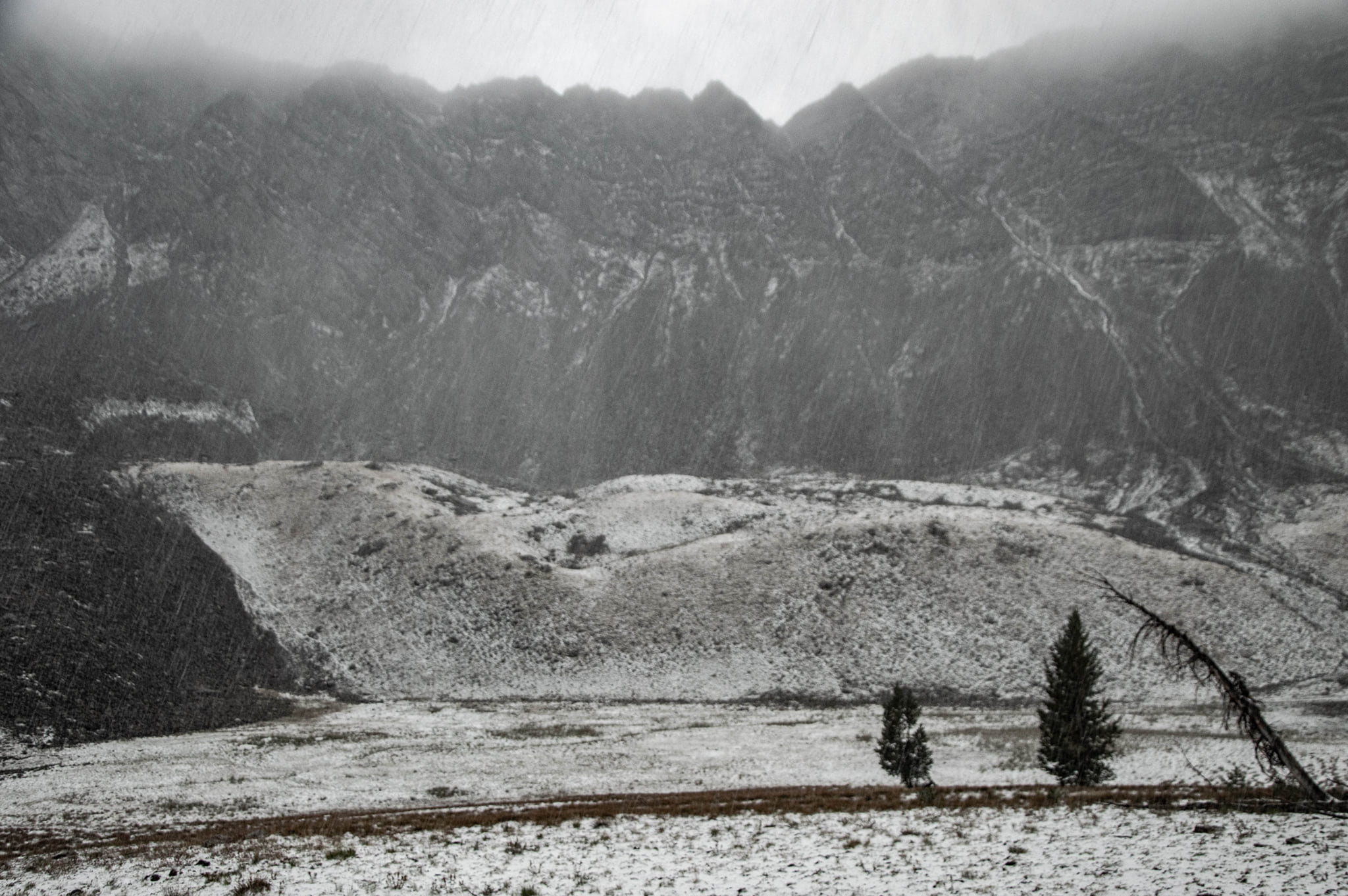 Also right before the storm hit, just as my wife finished blowing up one of the airpads, the wind ripped it right out of her hands & she raced to catch it. Temperatures had dropped into the 30s and the whole basin got covered in about a 1/4 inch of graupel. 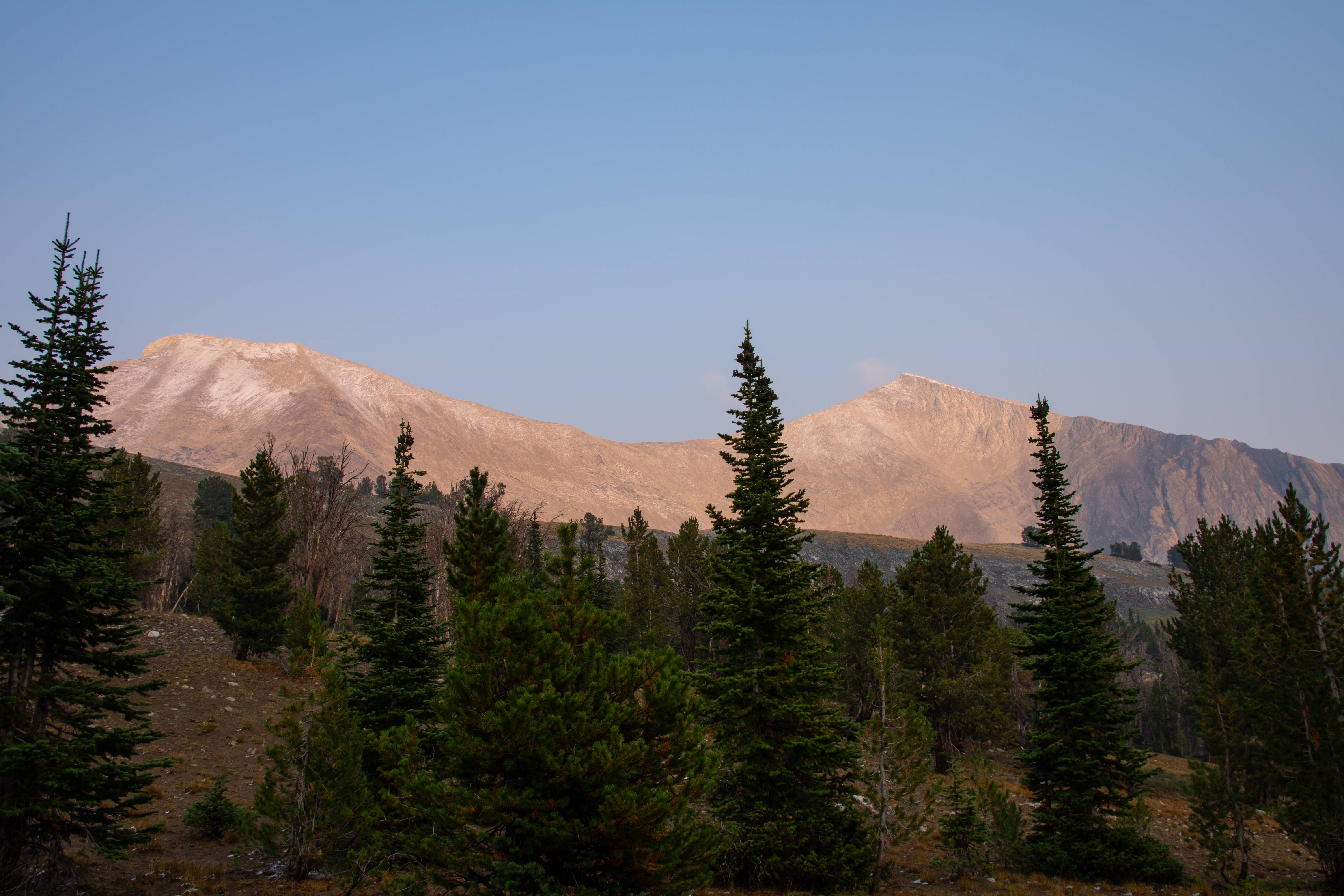 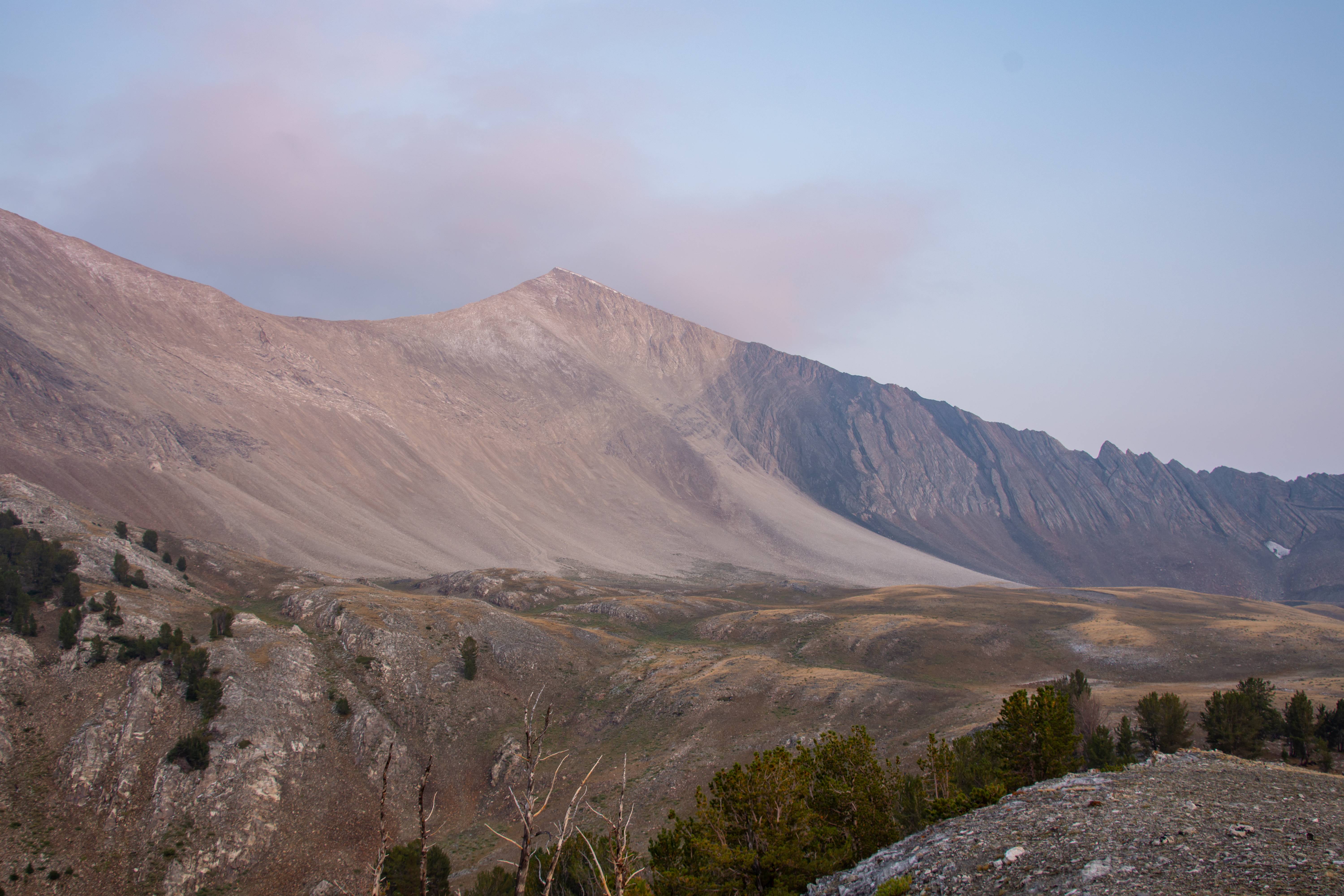 The weather took a turn for the better come evening so the two of us decided to explore the basin & search for some water.

After sunset we found the only water source in the area was a tiny little stream from the runnoff of the last little bit of snow on one of the nearby peaks. We were able to fill our water-bladder & began our hike back to the tent.

After several minutes of searching for camp, we began to realize we were on borrowed time before her phone battery died. We went into detective mode & pulled our cameras out, trying to compare the photos from camp to what we could make out as far as scenery. And it worked!

Lacey hiked 10 PBRs in - you best believe they were gone by the end of that night lol.
It was quite ironic that the basin was named "Big Horn Basin." We saw no big horns... Just three mountain goats grazing nearby!


The next day we explored a bit in better weather before headed back home. 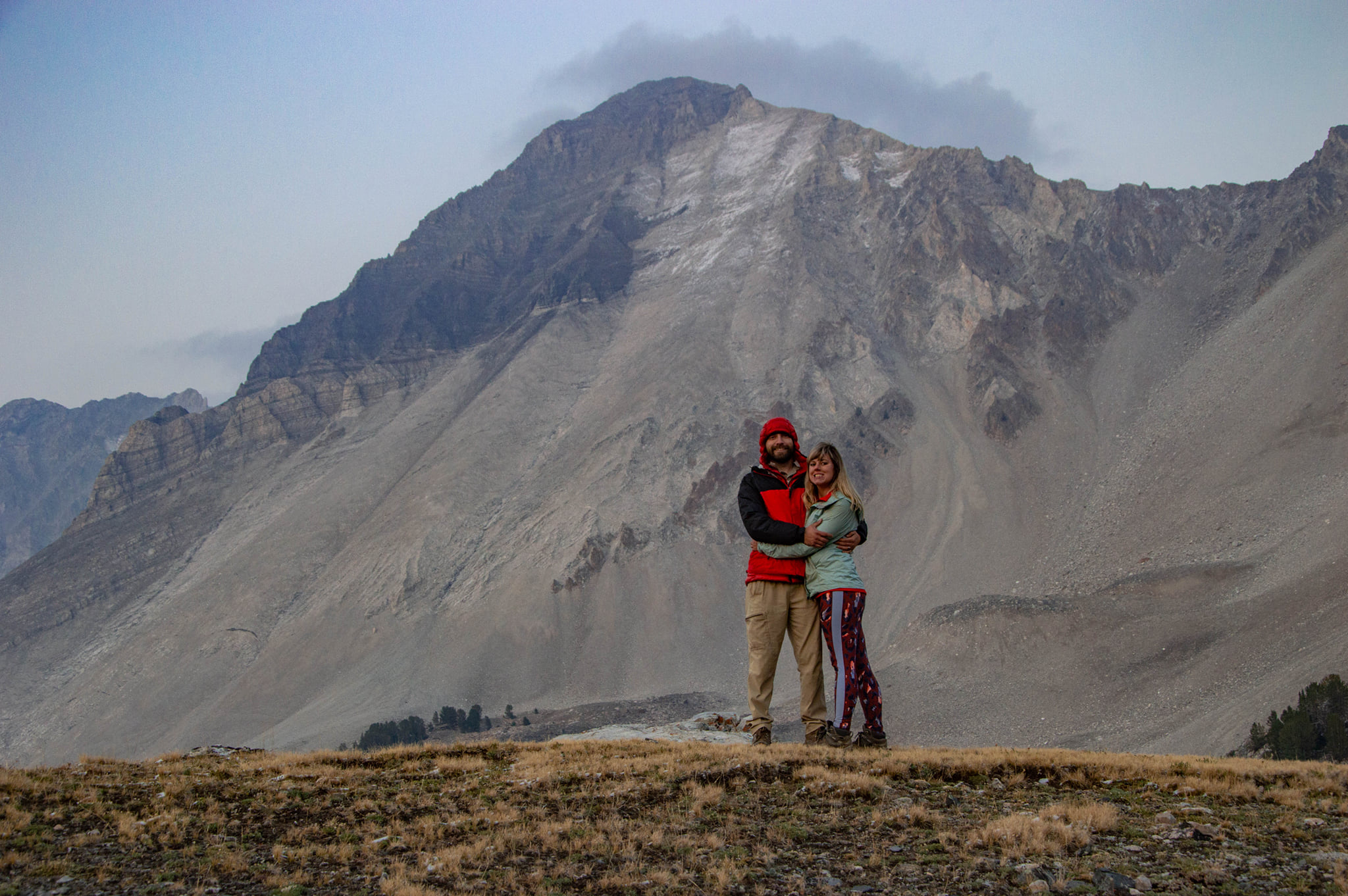 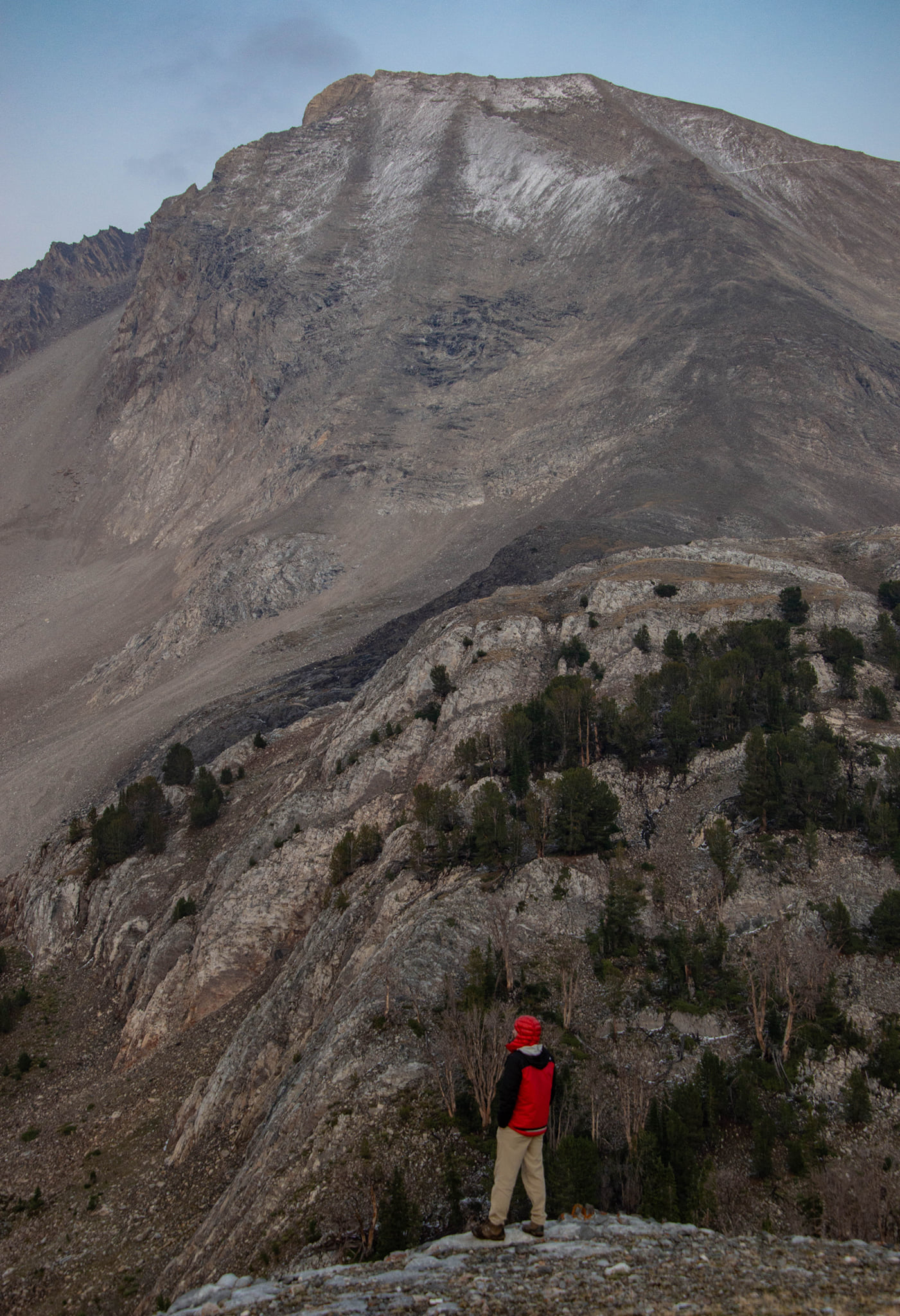 Other than that storm, it looks like a pretty good trip
My trip reports: backpackandbeer.blogspot.com
F

Wow!
What a wonderful mountains...
Wish to be there one day
employee tracking software
You must log in or register to reply here.
Similar threads