Are There Really More Wildfires Nowadays?

If you trust Utah State University, the answer would be no.

However, I was unaware of nitrogen-fixing bacteria that get moved
to other areas via smoke drifts.
Do not pray for easy lives. Pray to be stronger men. - JFK
Orem Chiropractor 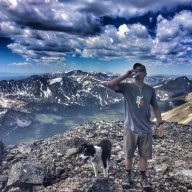 While the number of wildfires in the U.S. has increased since the 1980s, there are significantly fewer wildfires today than before settlers arrived, thanks to advances in firefighting.
Click to expand...

Interesting. Of course, for some of us, our memory only goes back to the 80's, so that's why it seems like there really are significantly more fires now. Just a matter of perspective, I guess.

This blog is great:
http://cliffmass.blogspot.com/2018/09/is-global-warming-significant.html 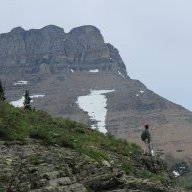 keep in mind that they agree that wildfires have been increasing since the 80's and that it's in due part of changing management and climate change. Also that the fires being less can be more destructive to healthy ecosystems than back before settlers. Think about it, back then any lighting strike could cause a small fire, but due to management now some of those are put out, but that then cascades into high growth which then creates a more destructive fire in the future.
Zen does not confuse spirituality with thinking about God while one is peeling potatoes. Zen spirituality is just to peel the potatoes.
-Alan Watts

also there are a zillion high-$$ properties built out in the woods now, whereas 150 years ago a huge fire would burn a lot of acros but maybe not damage very many structures, because they just weren't there
I

Now as concerning fires, think how it was before the west was even settled, when it was all so called Wilderness with no roads, or towns, or farms, or any thing of such. Then when a fire started, think how it could burn and burn and then burn some more if the conditions were right with nothing but the natural elements putting it out. Also the Indians started fires. But the early to mid 1900's was the abnormal period when a fire that started was immediately suppressed, so did this cause the vegetation in areas and the deadfall on the ground to be in such abundance which now causes these catastrophic fires of today. Think not just the last hundred years, but what about 500 or 1,000 years ago or what about 1,000 years in the future from now. The time we are living in now is just a blink in time. And the climate conditions on this earth have been much warmer and much cooler then today at times.

Also on these fires, do wonder just how many are naturally caused fires versus fires that are started by people. These days most of the fires I personally hear about ... the fires were caused by people. There are just soooo many people around anymore with especially out there in California. Glad that I live in Wyoming.
' At The End Of The Road Where The Trails and Life Begins ' - Message on a sign near Cody, Wy.
You must log in or register to reply here.
Similar threads