I had contemplated just putting a picture or two in the wildflowers or wildlife, or wherevs, but instead figured I would do a quick trip report. 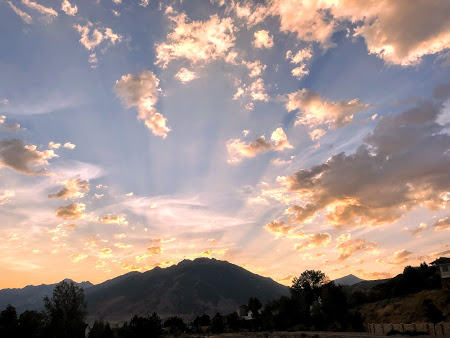 A couple of weeks ago...
When a morning walk starts with this, it created a strong desire for the mountains. So I convinced my daughter to take a quick evening trip. We packed some sandwiches and took off, but a little later than I had wanted.
It's always a zoo up there when the flowers are high, but if you skip off the main trail then you can avoid most of the people, smile at the brides getting their bridals, and try to imagine some kind of solitude. The scars of over a century of people taking advantage of the basin are everywhere. I used to ski up here every winter, but mining, roads, lodges, construction equipment, snowmakers, ski lifts... they are hard to ignore, but fun to try and eliminate from photos. Here are a few that I think capture some of the feeling.

Our neighbors at a distance. 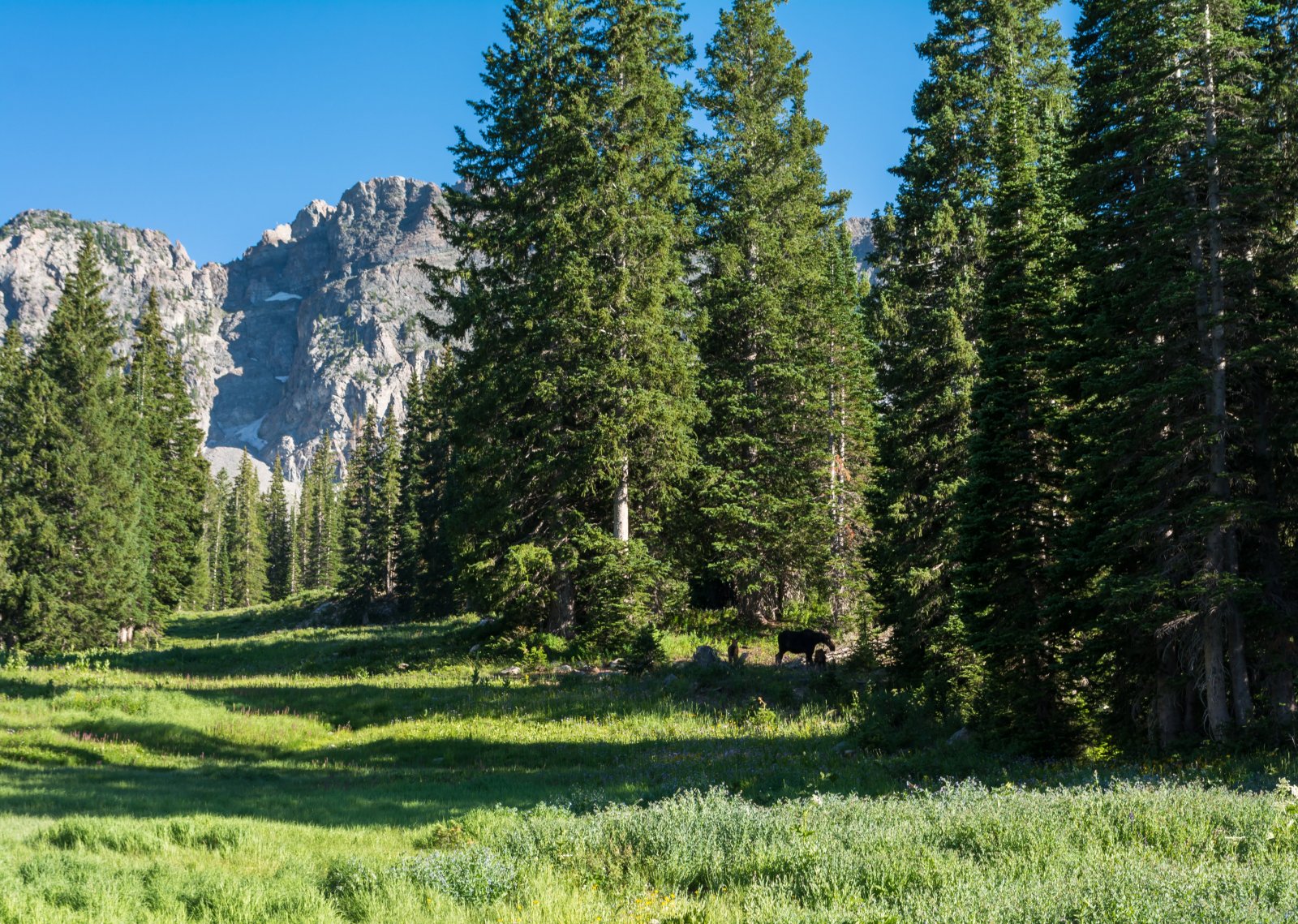 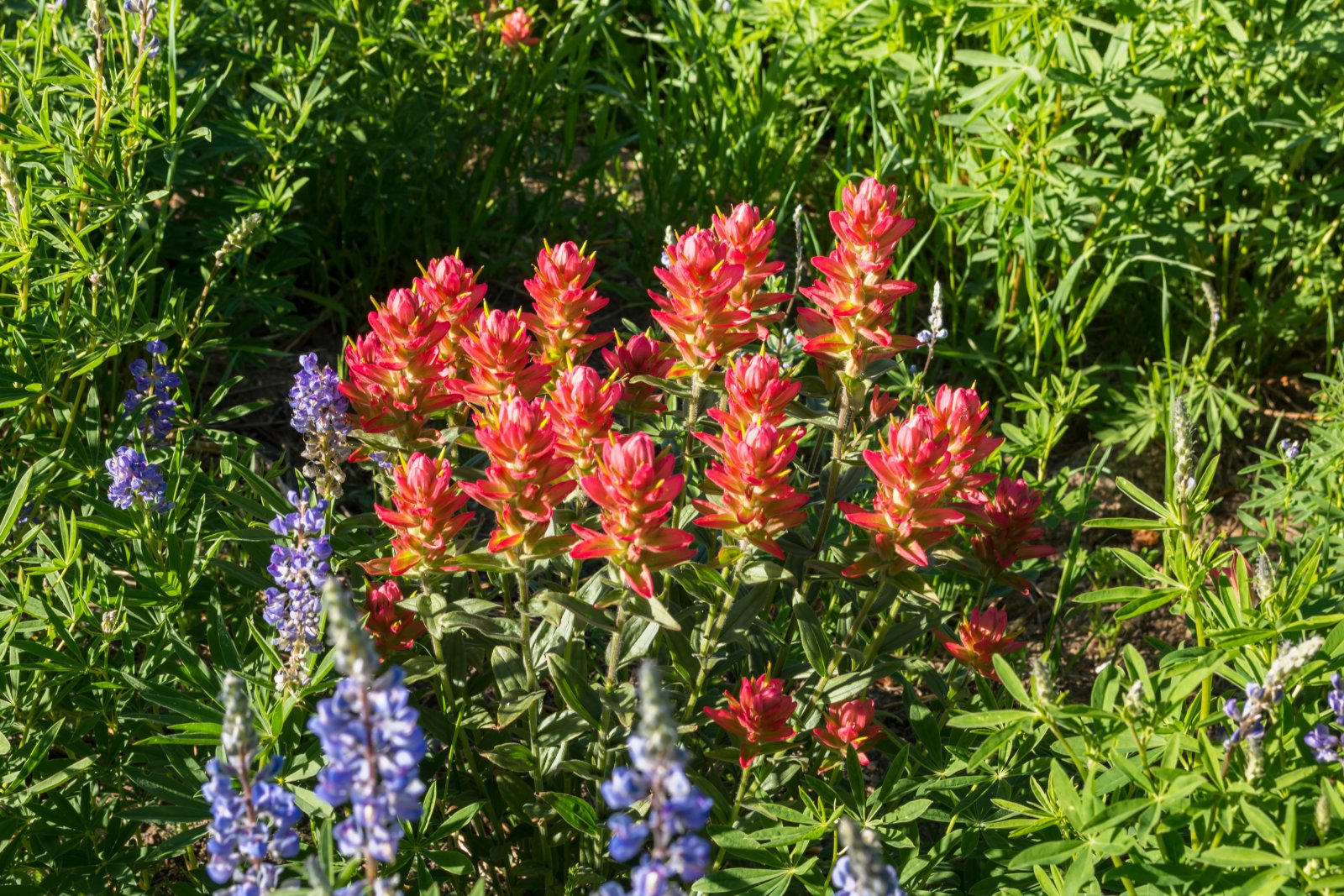 Our neighbors a little bit closer.
Honestly we had walked even closer to her and the twins, and I took a single shot. She was barely agitated, but we wanted to give them space and not oogle and squeeze in closer just to take another shot. So we passed up higher and waited for them to come out of the trees from a distance. The calves gangled around a bit and were cute.
Until another hiker came from another direction.

She is radio collared. I am pretty sure she is the same cow I have seen a few times the last couple of years. Googlephotos struggled with the cropping of the photo, but meh, you get the idea. (btw, until I made a joke, my daughter actually had no idea who Bullwinkle was. I remedied that with forcing her to watch a best of, on Youtube on the way home. Next time she will get the dad joke) 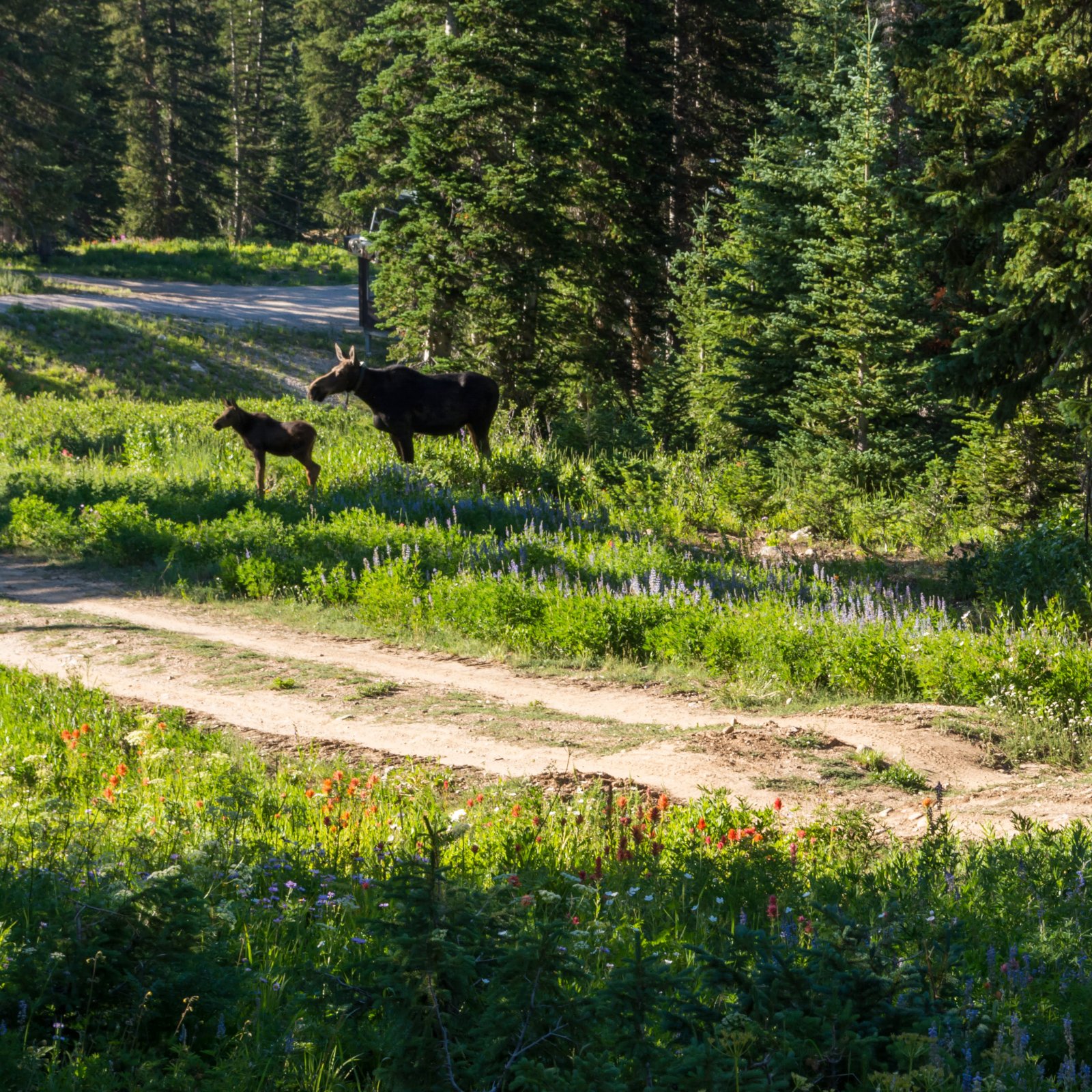 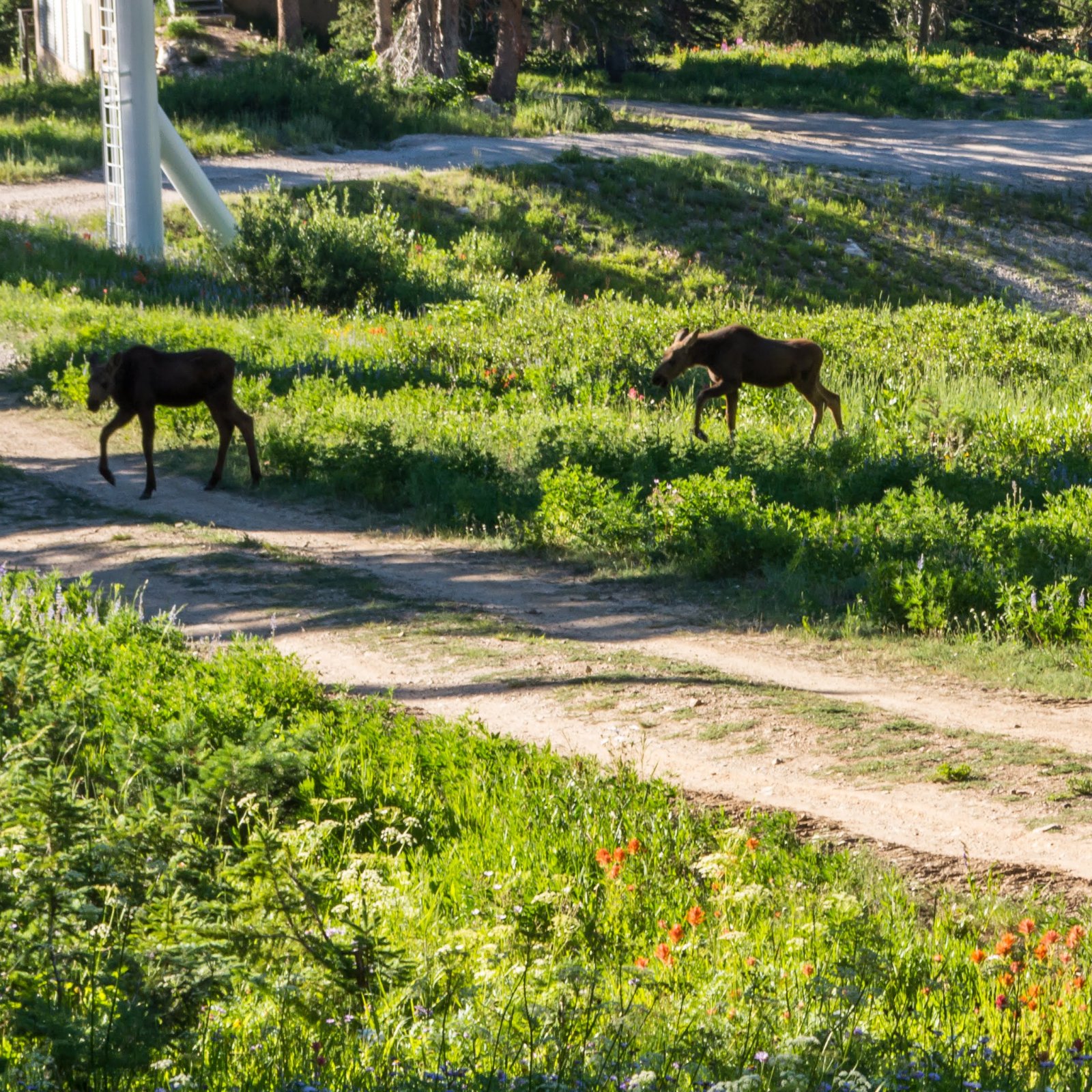 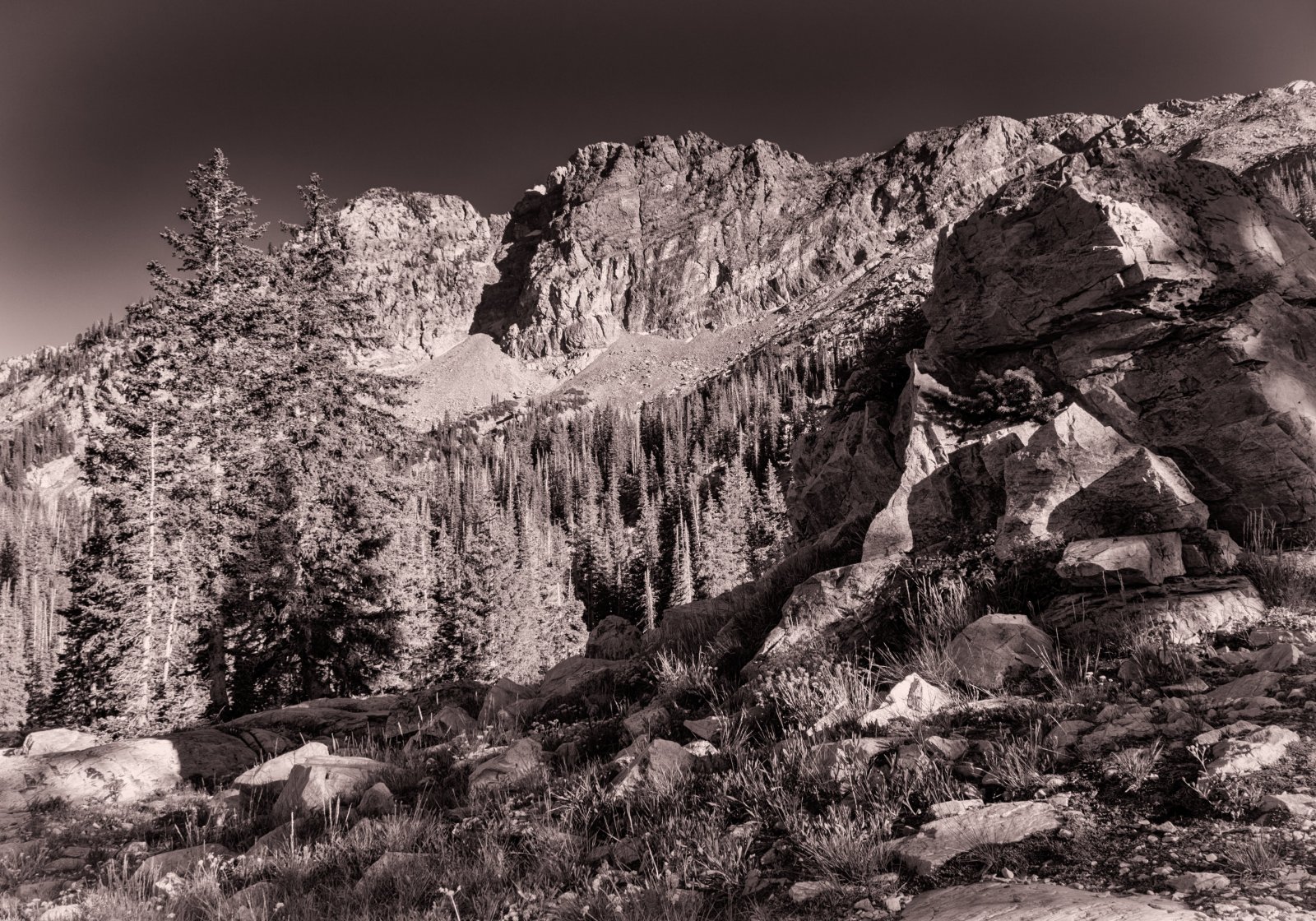 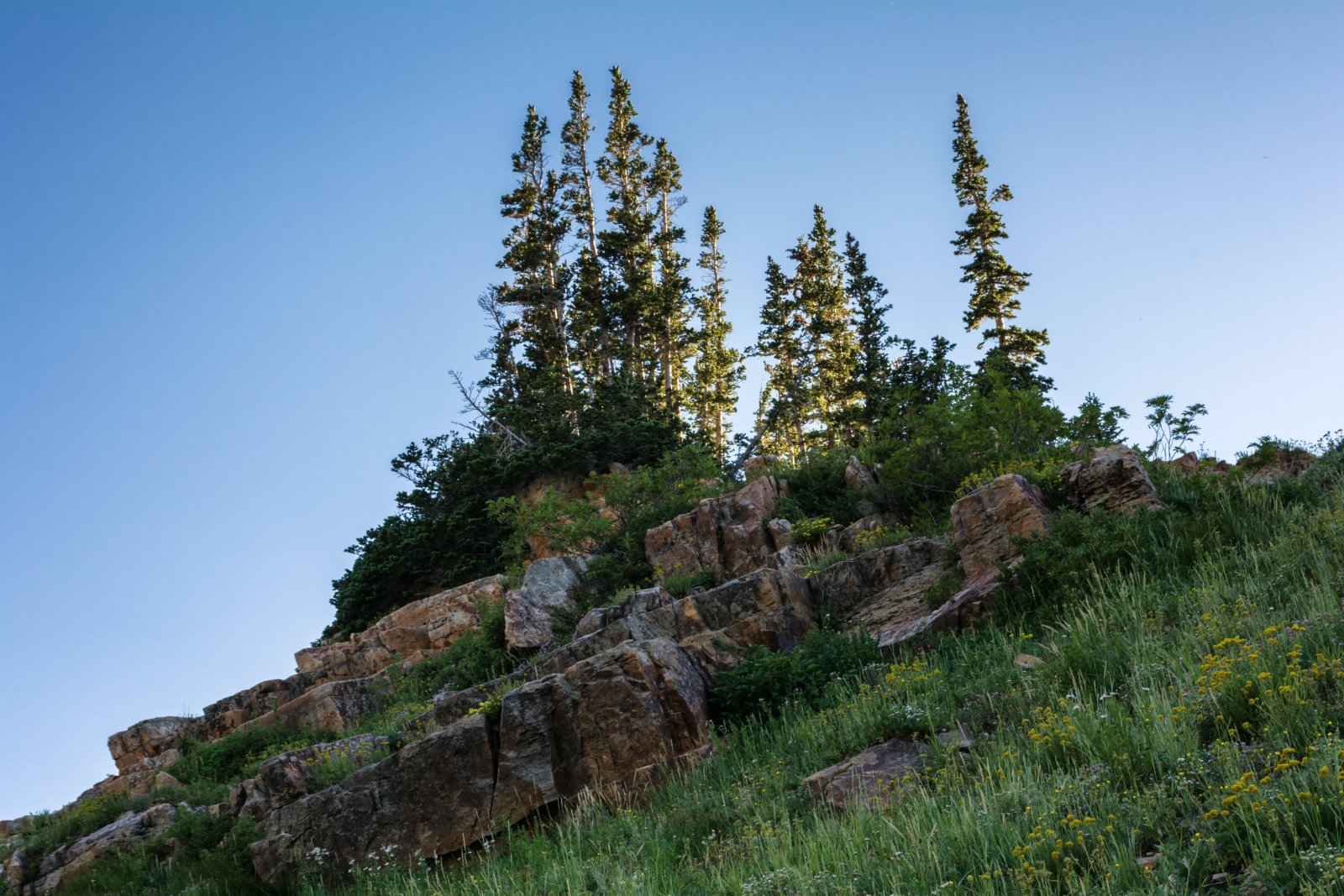 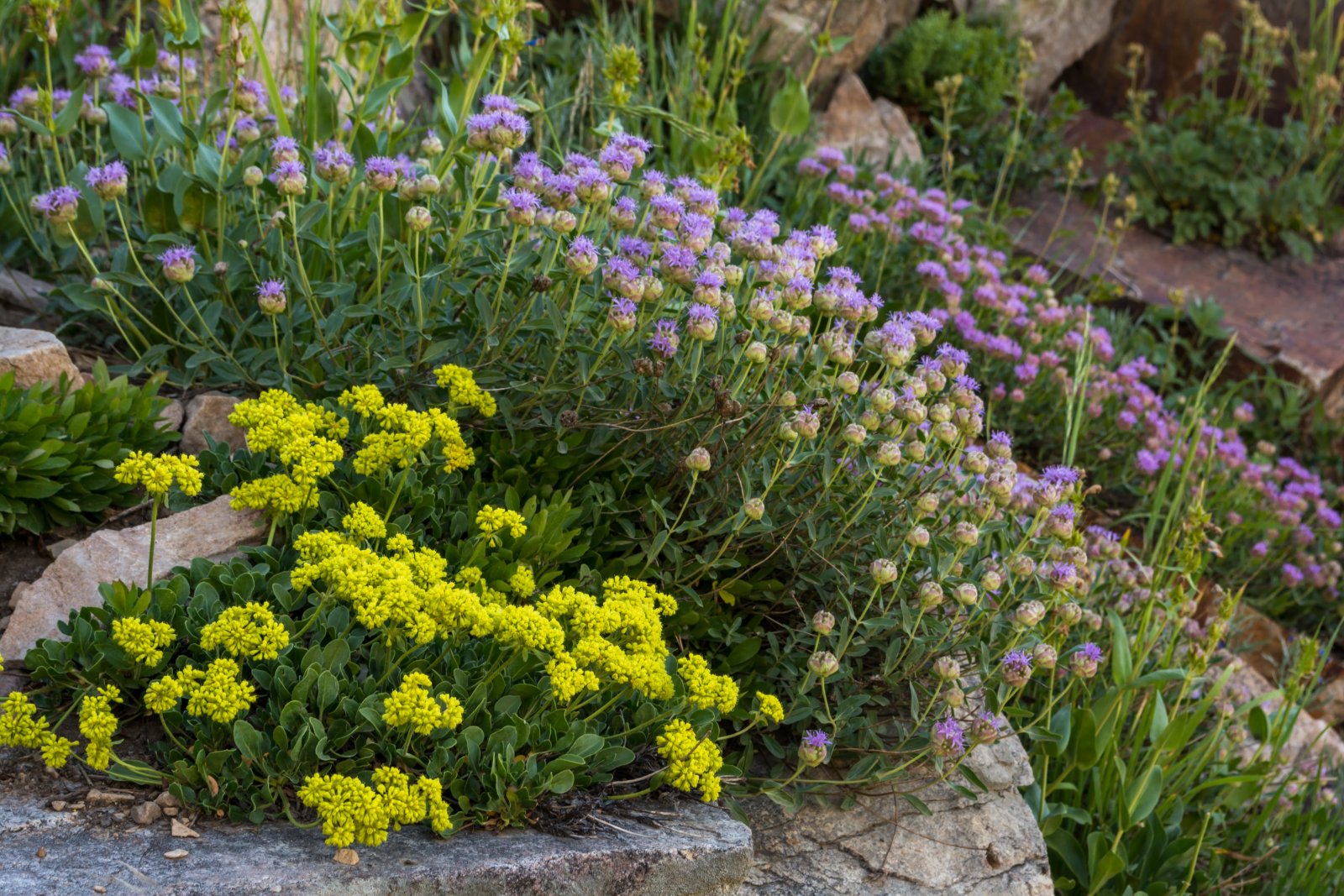 We gained the lake with another dozen people up there, but worked our way up higher to eat our sandwiches and crunchy cheesy poofs.
I teased my daughter by singing a little Lucius out loud and telling her I was hip, while we watched people come and go at the lake and start swatting at mosquitoes, while we sat in relative solitude amongst the singing finches and larks who were unable to roll their eyes at my singing. 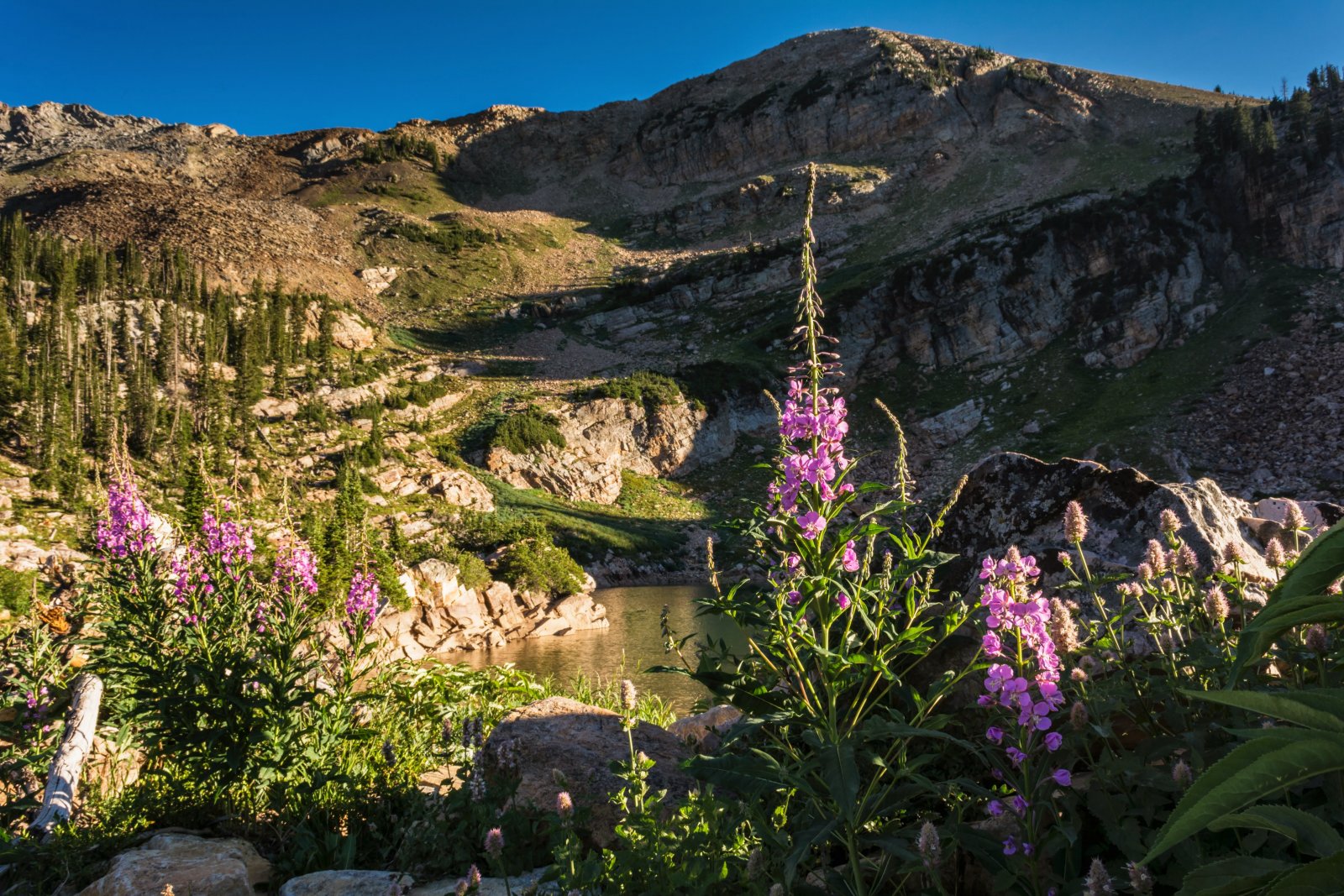 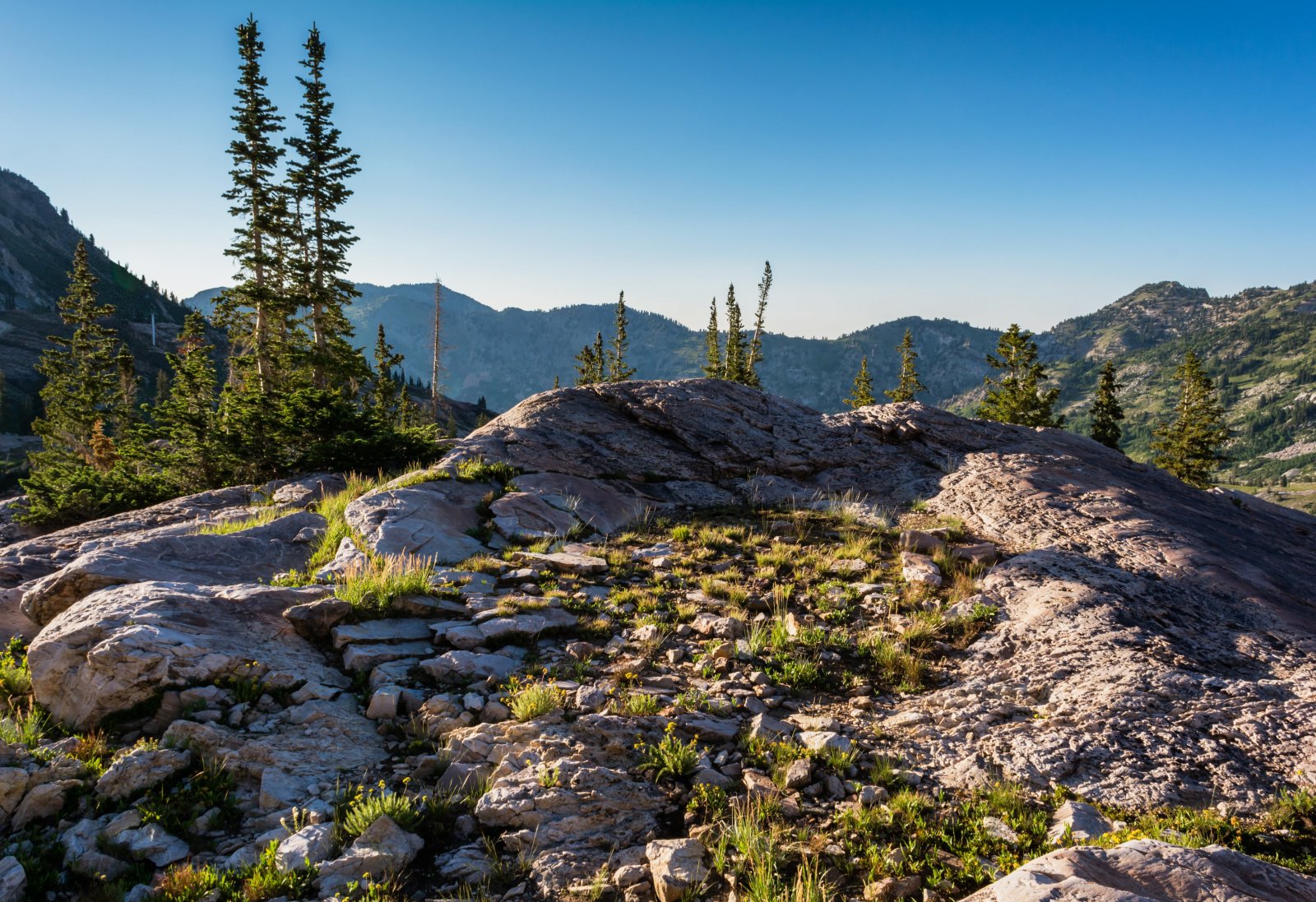 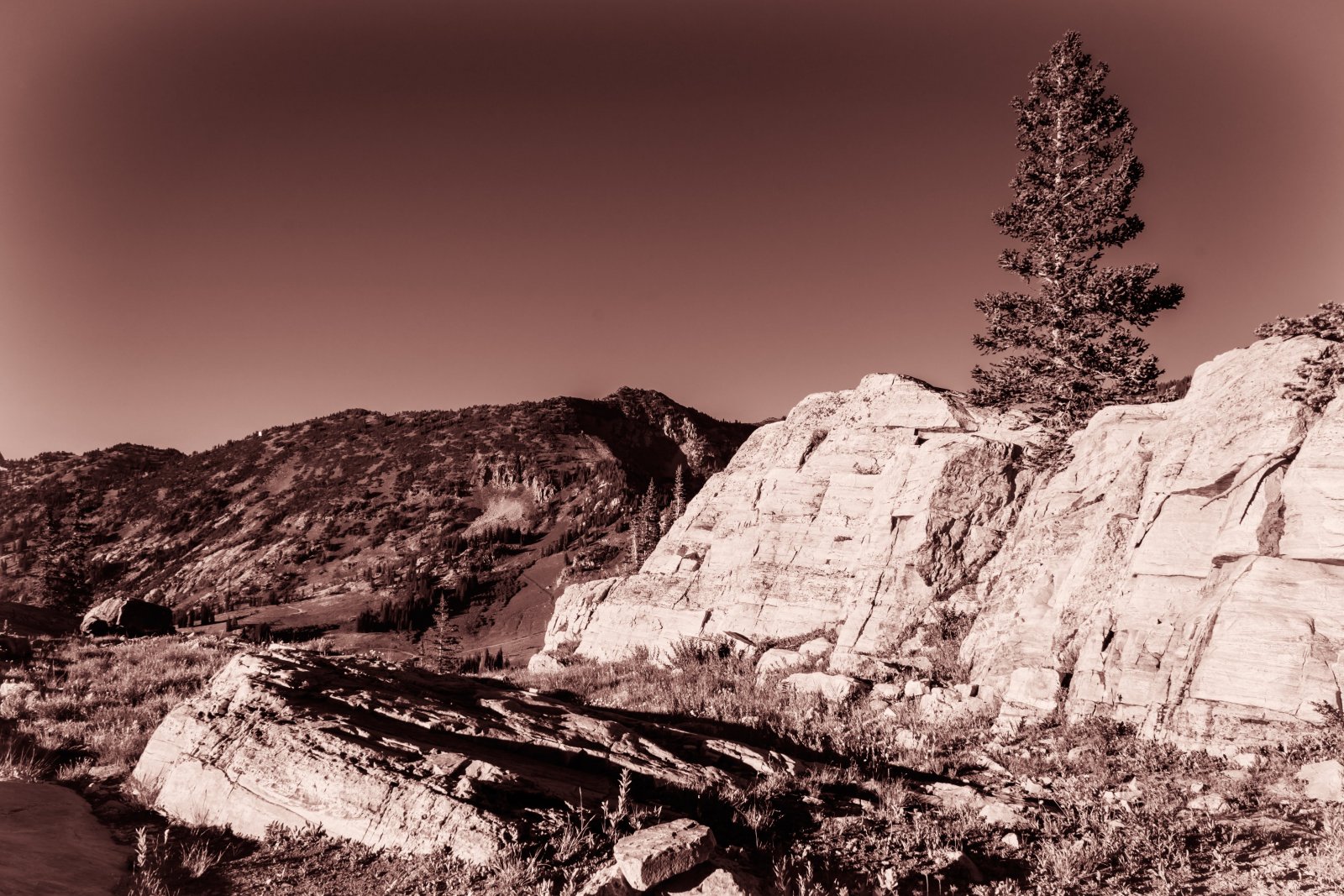 When I was very small, I had thought about what it would be like to ride a skateboard down this. I do recall skiing down this, but I think most people never see this ancient glaciation at all. 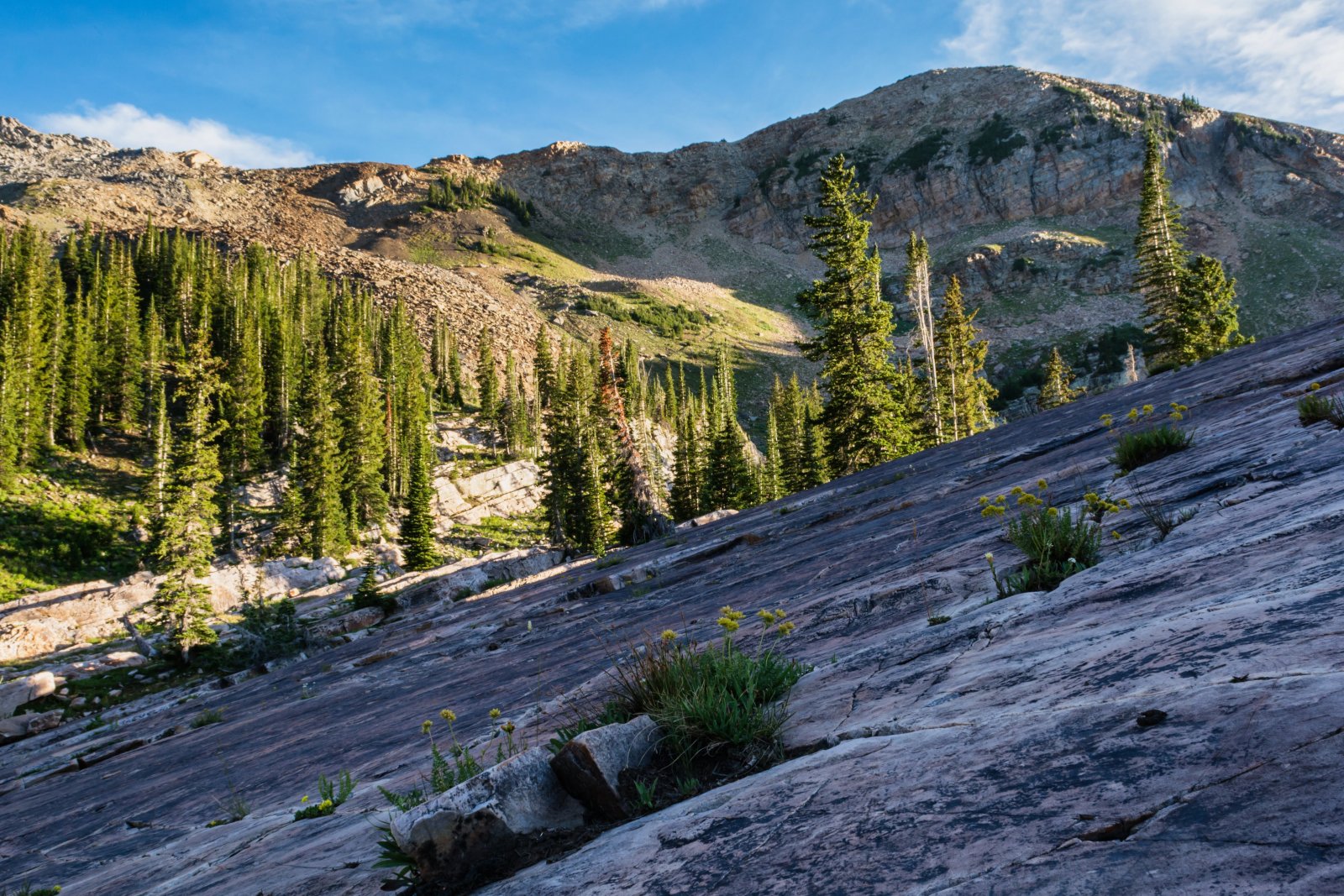 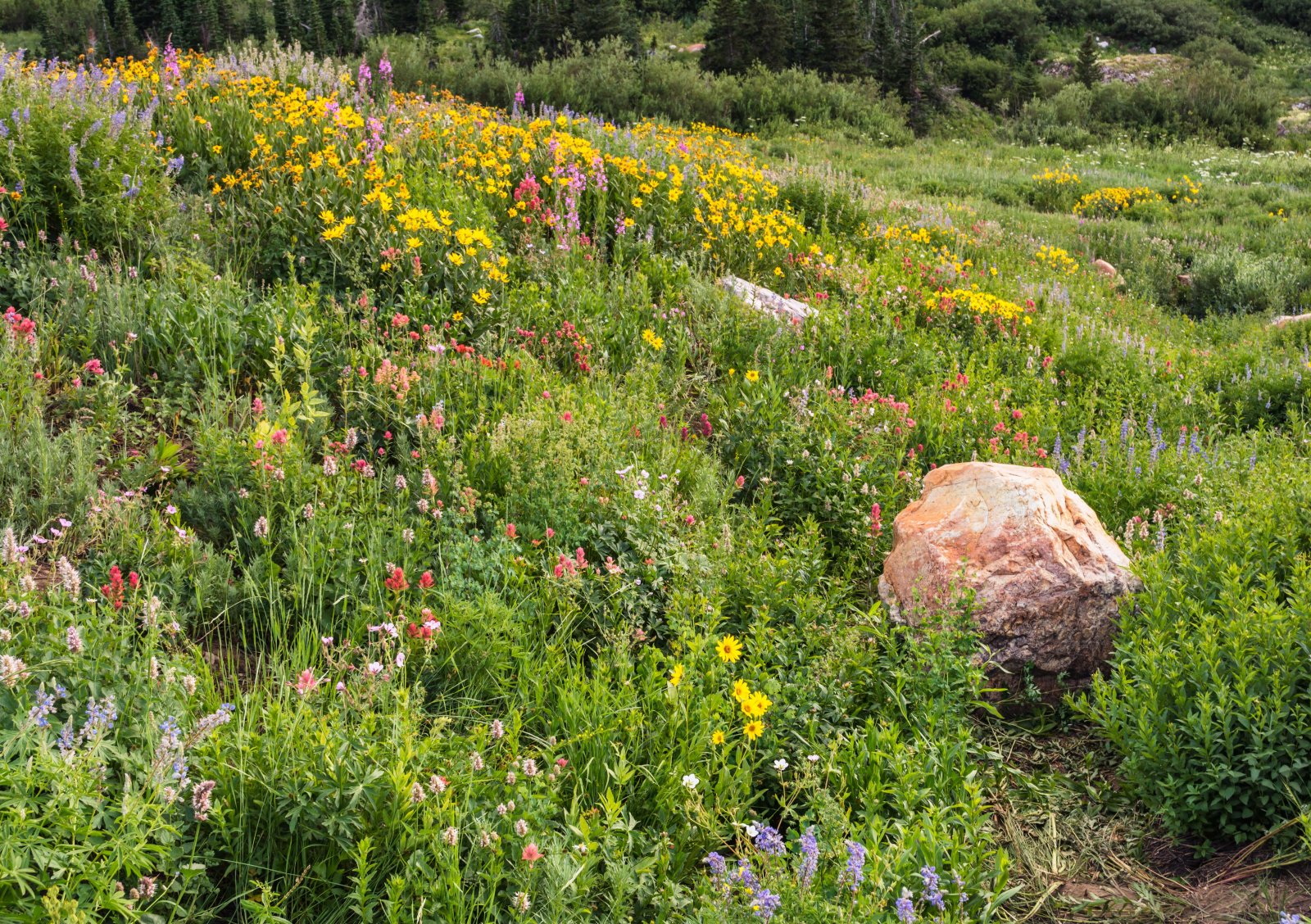 Back among the flowers for a classic shot. 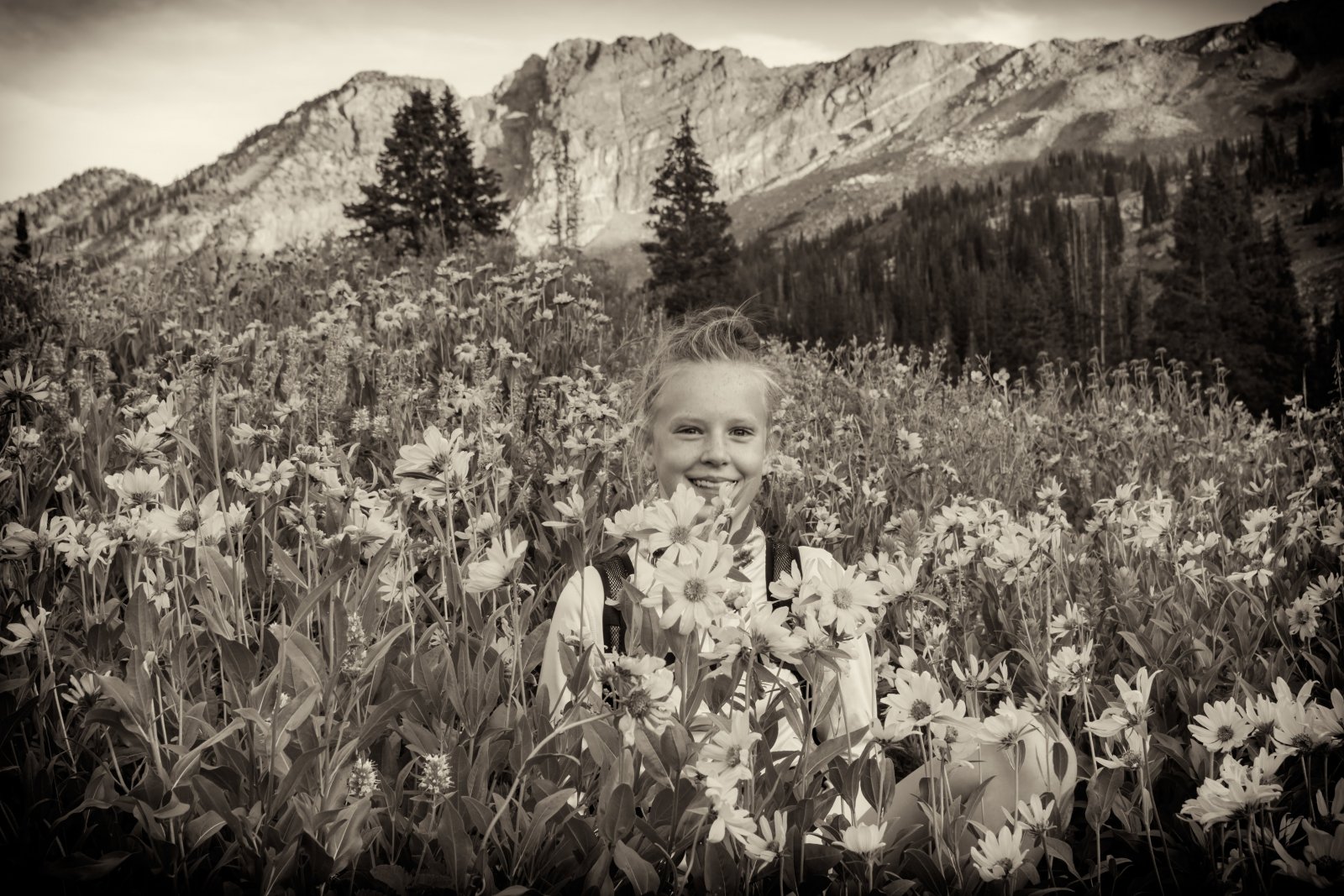 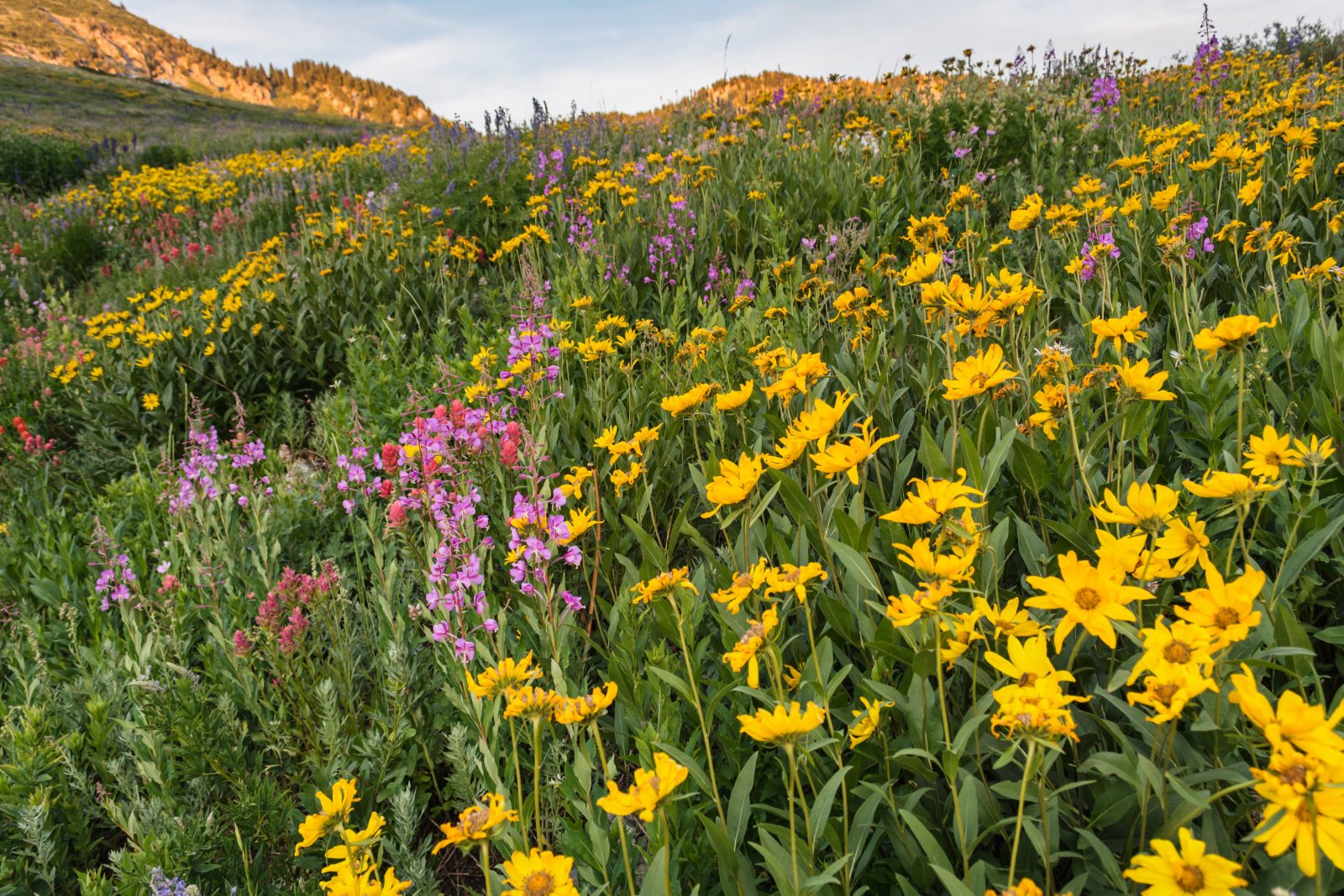 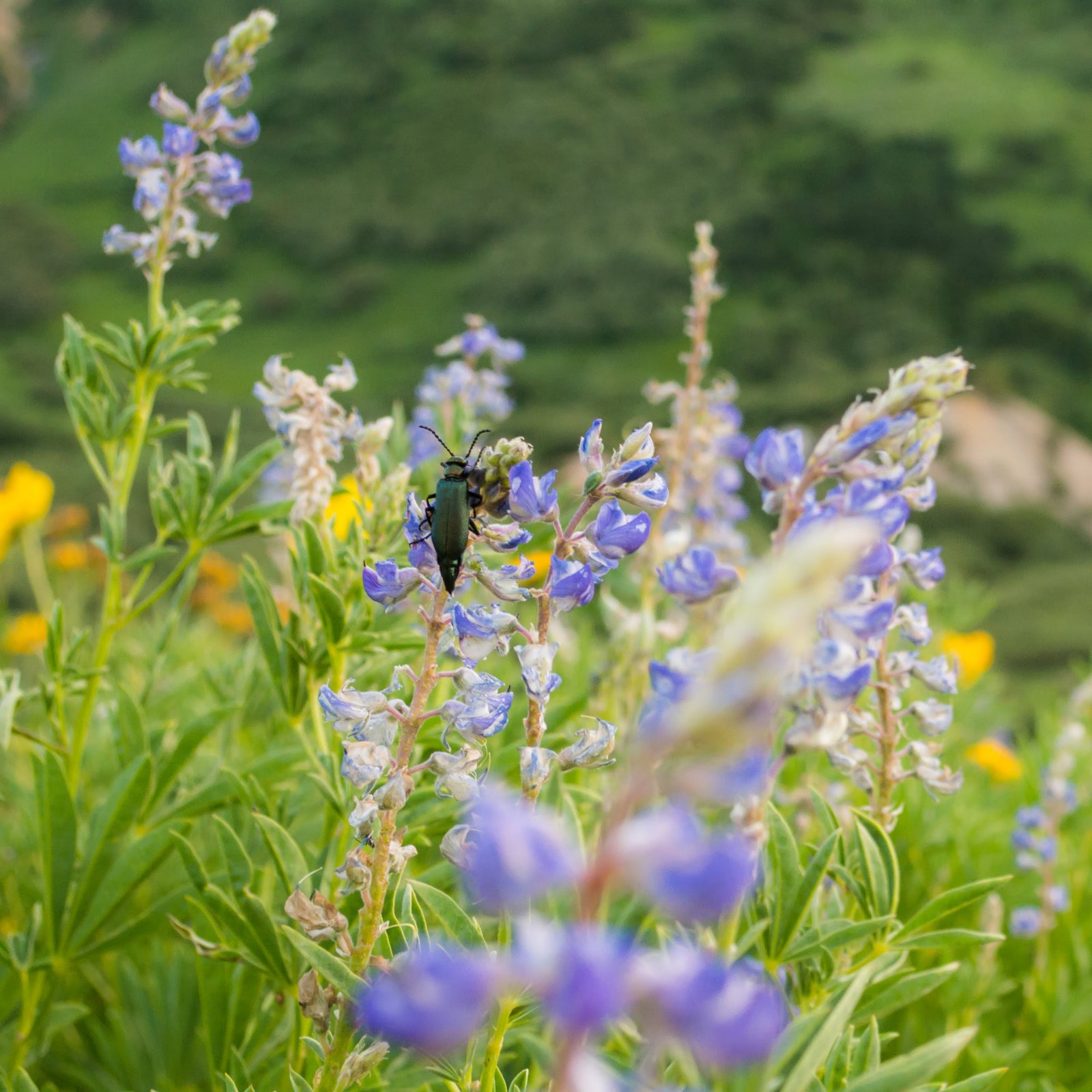 The once bluebird sky had clouded over a little at the right time.
We had a pastel sunset. 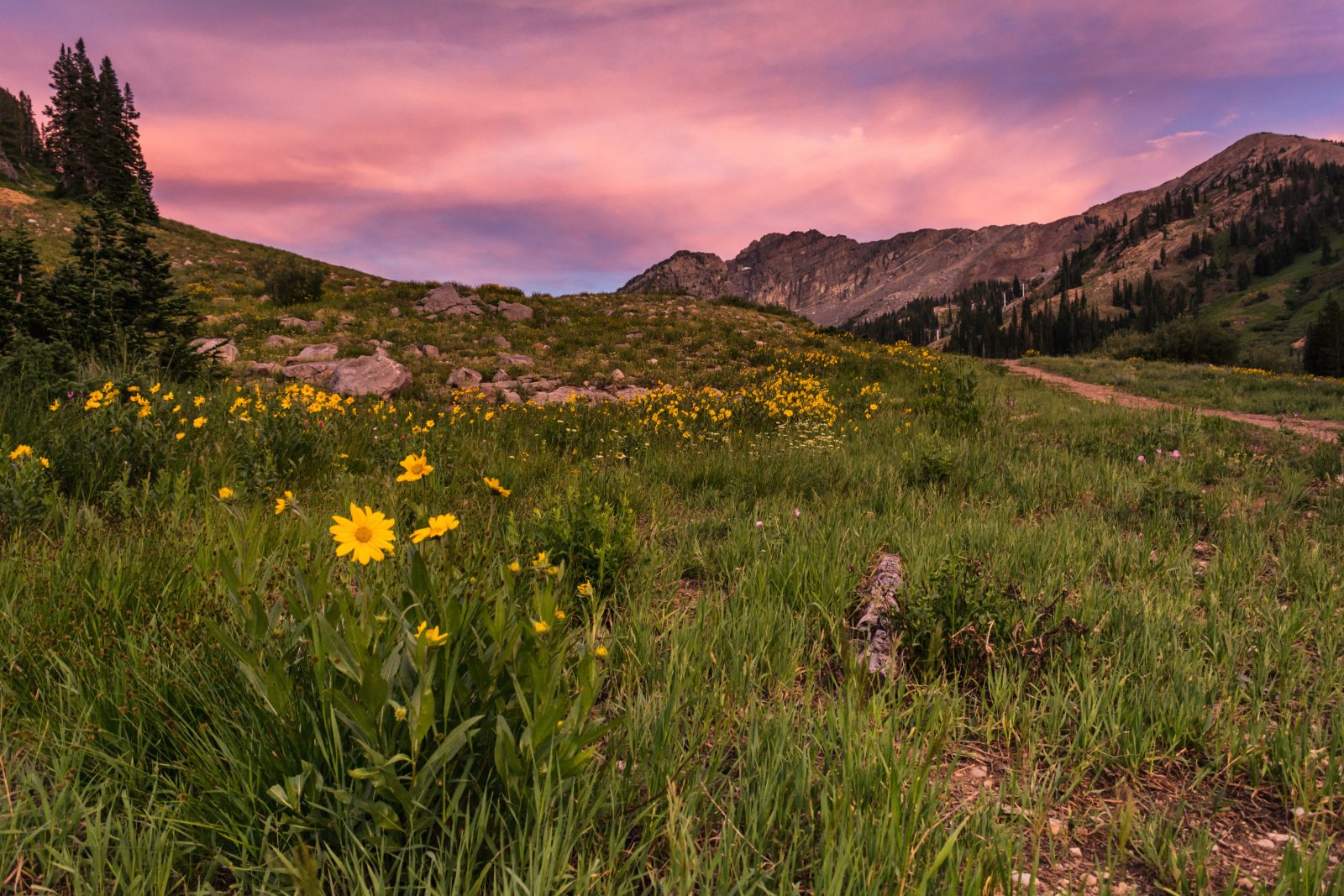 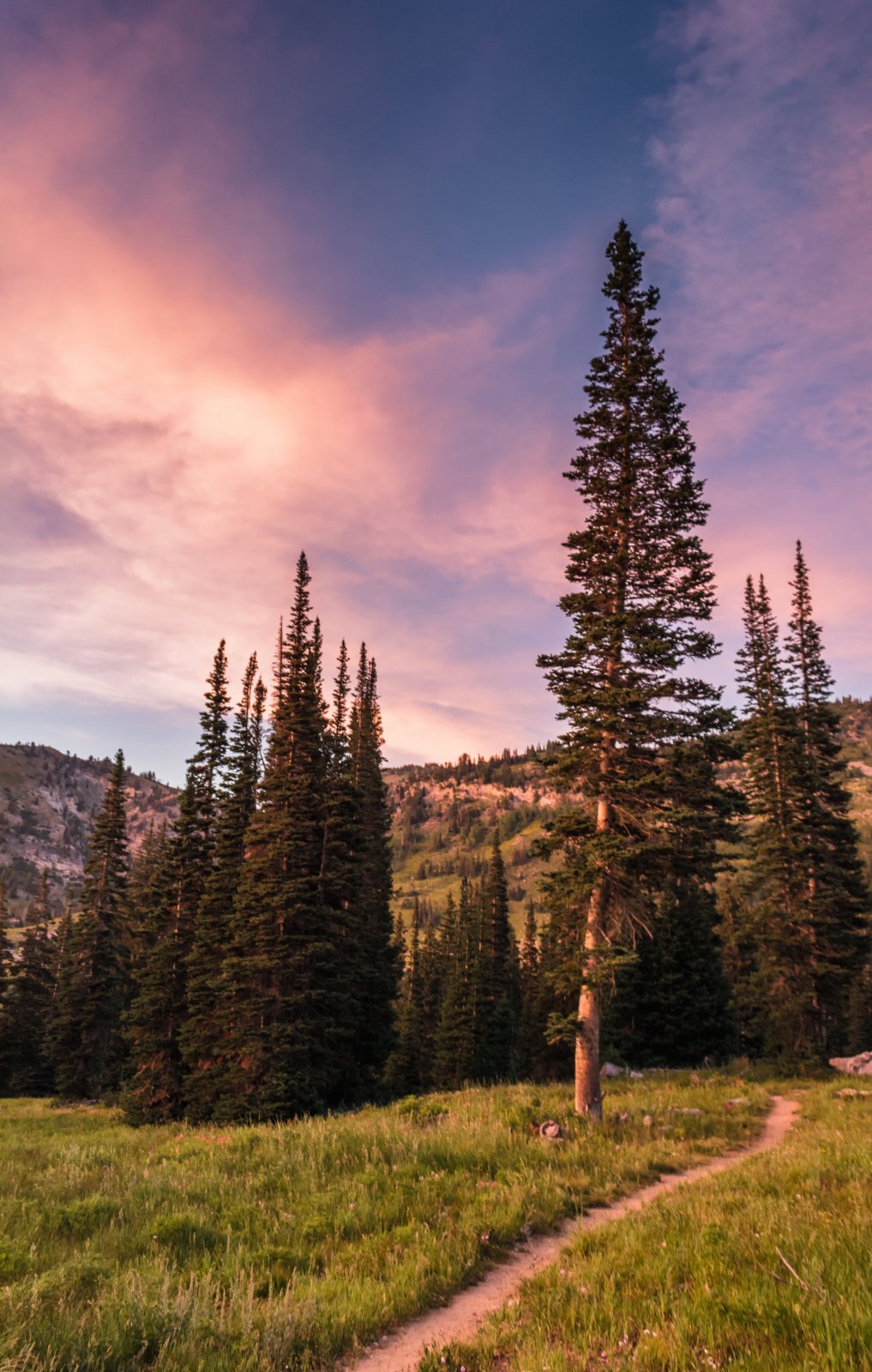 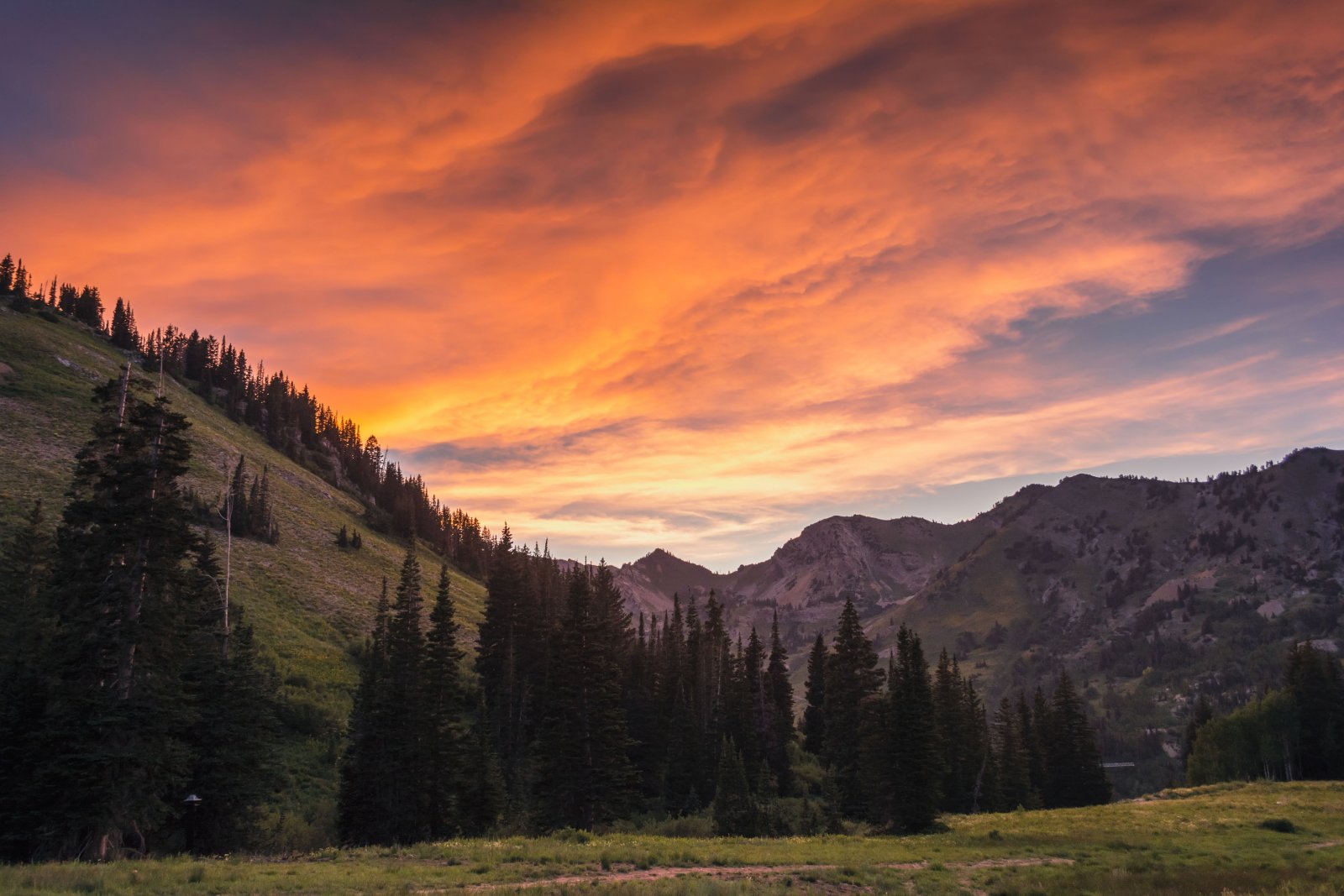 Great photography! What equipment were you using?

Beautiful @Ugly! There is something especially endearing about twins. Love it.

What a perfect photo to capture of your daughter! Warms my heart. No wonder brides go there haha
Thanks for the share!

OldBill said:
Great photography! What equipment were you using?
Click to expand...

It's aging gracefully, but it's my Nikon d5200.
My plans to upgrade this year were thwarted by a new motor in my jeep.

Great photography! Especially love the black and white photos.
You must log in or register to reply here.
Similar threads