A Winter Attempt of Provo Peak

My friend Gavin had been wanting to do a winter summit of a higher mountain in the Wasatch, and he determined Provo Peak would be a fairly doable, safe option. After getting off of work and having dinner at his place, we headed to Rock Canyon, arriving by a bit before 6. We shouldered our packs and began the walk up the canyon to the campground. 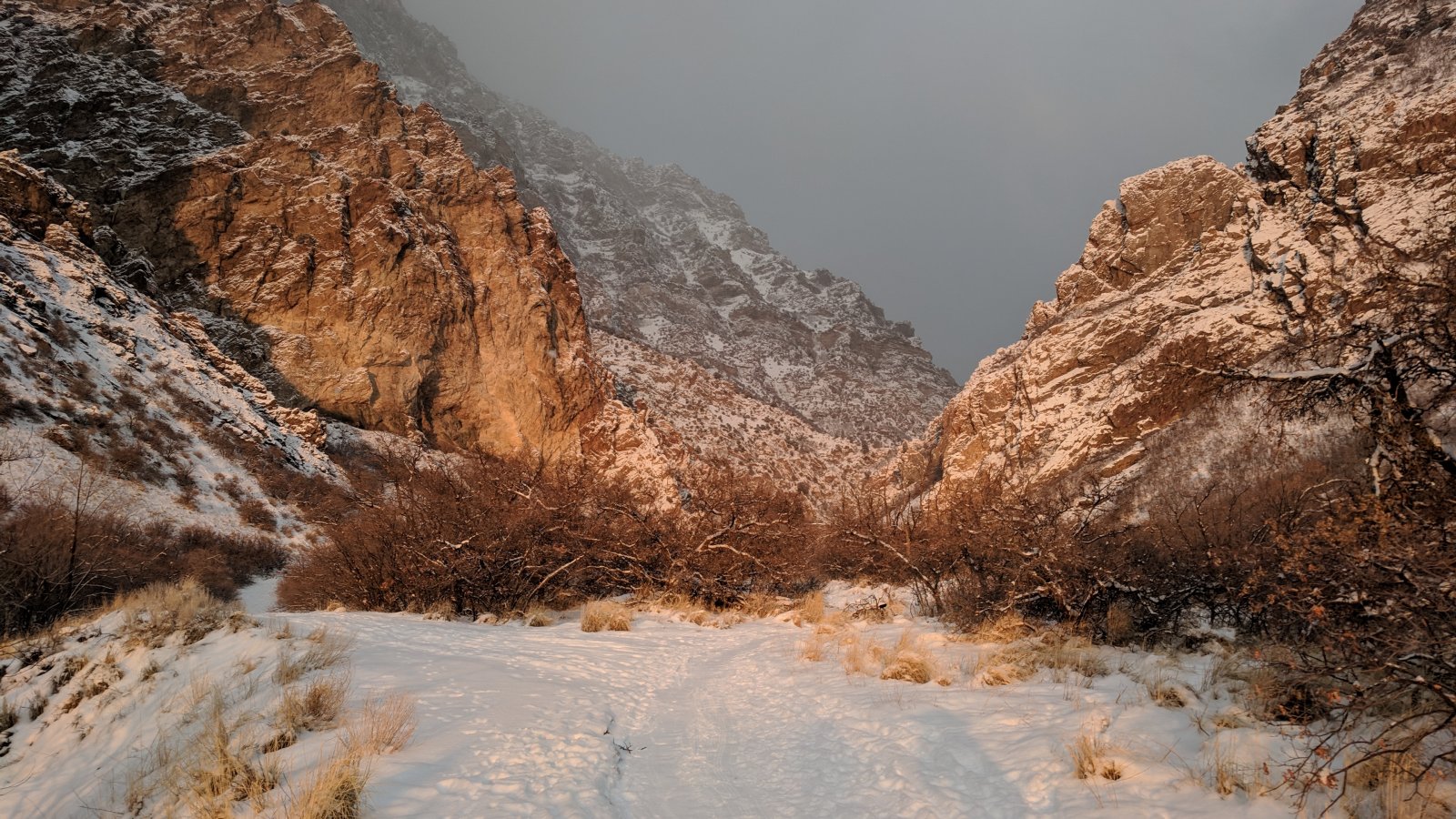 It had been snowing on and off all day, with more falling up high than down in the valley. This was a glimpse into the snow showers we'd be in until we got to camp. The setting sun made it look especially interesting. 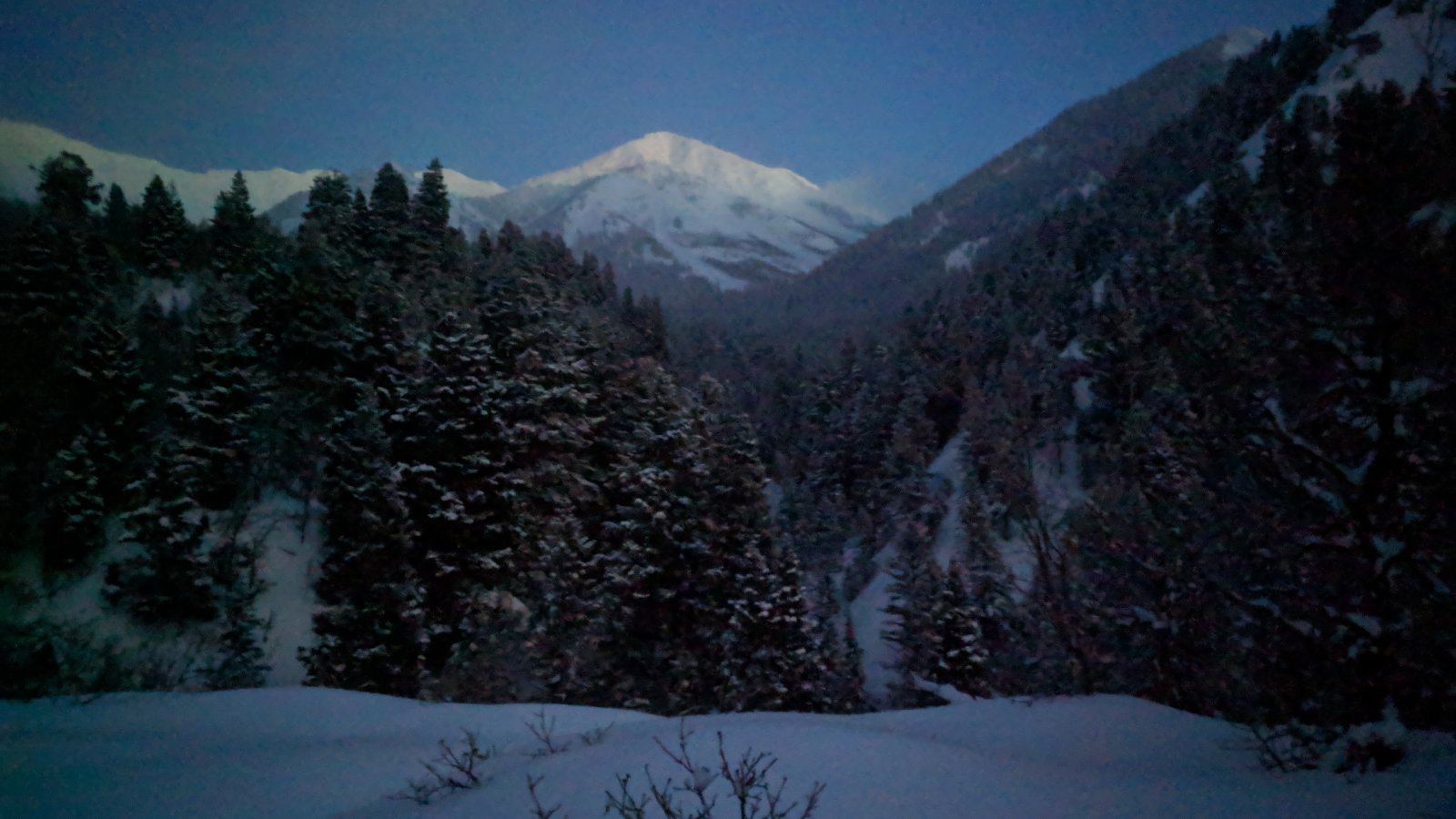 I tried to use the "night mode" setting on my Pixel. Not a great shot. Maybe would've been marginally better if I could hold my hand still.

Obviously, it got dark before we got to camp. So once we got to where the trail was less packed, we put on our snowshoes and headlamps. Shortly afterward, we reached the campground. There weren't any visible tracks beyond the campground, so it was all tough walking from there. We wanted to reduce the distance for the next day as much as we could, so we carried on in the dark. We reached the powder covered Squaw Peak Road after a bit, and we headed south. It was incredibly tiring breaking trail with heavy packs on, and we both began to realize that this trek was going to be more laborious than we anticipated. After 45 more minutes of walking, we reached a turn in the road where there was a decently large, flat spot to set up camp. We stomped the snow down with our snowshoes and pitched the tent. Didn't spend a whole lot of time lounging around camp. We kept getting snowed on, and the temperature had dropped probably into single digits.

I didn't sleep much that night. I hadn't been camping in true winter conditions since I was in middle school, and I had forgotten the struggle of finding a balance between keeping your face warm and trying to be able to breathe at the same time.

It took some motivation to get going in the morning. Our boots were frozen pretty stiff. The thermometer built into my watch couldn't read the temperature because it got too cold. I'd estimate it was down to low single digits though. We left a lot of our gear in the tent, and we headed up the road toward Provo Peak's west ridge. The lighting around us was very cool. 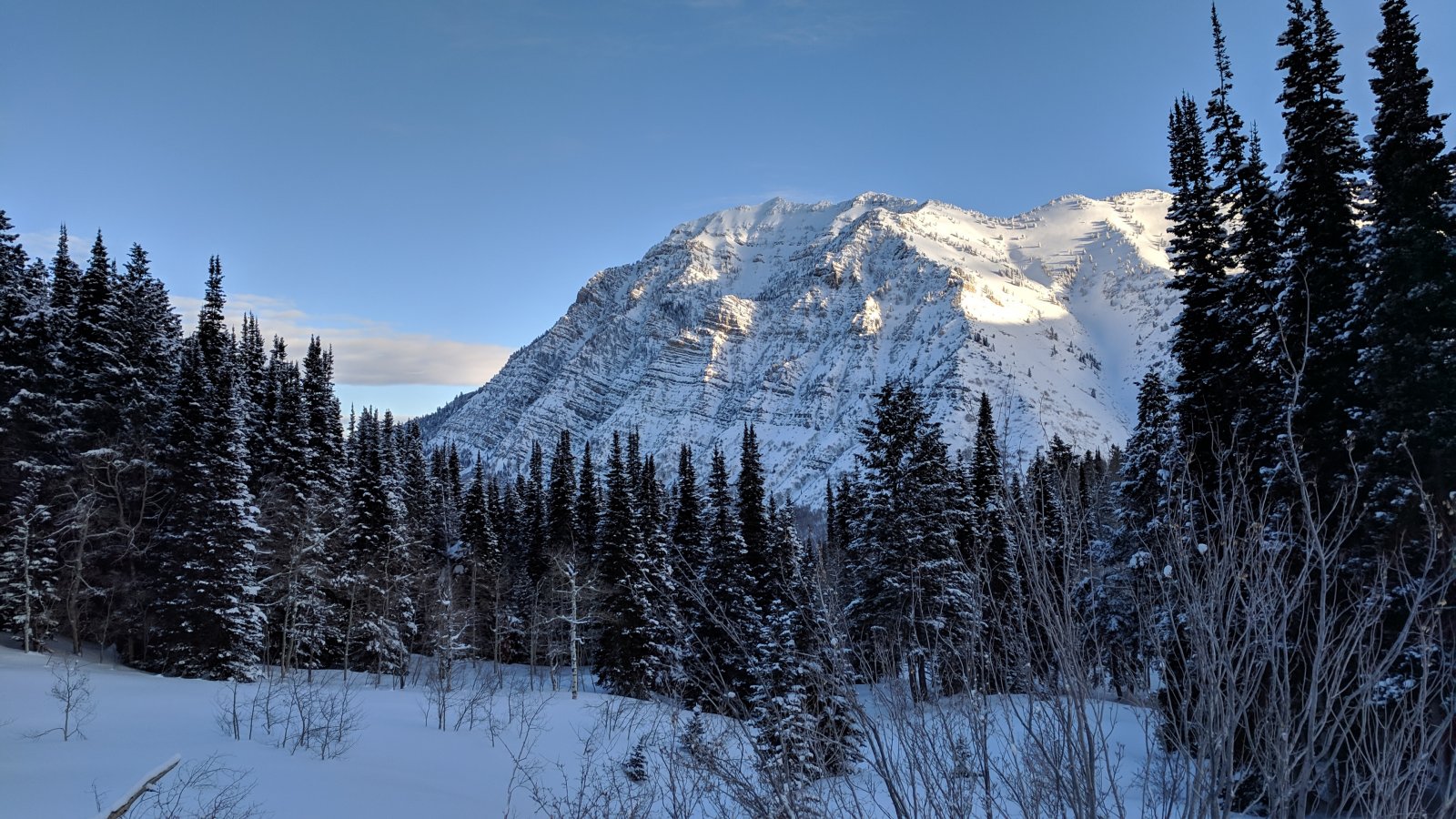 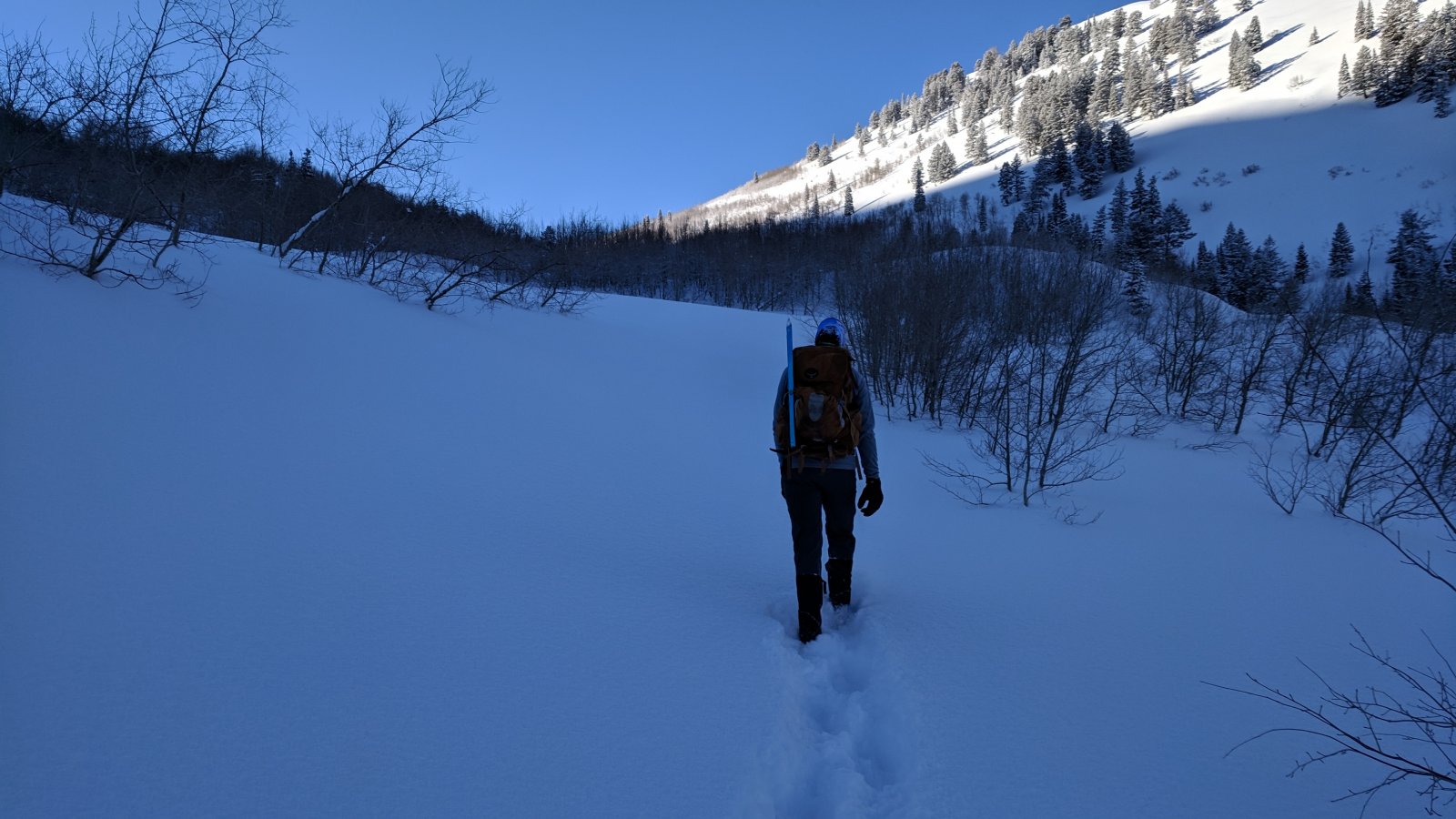 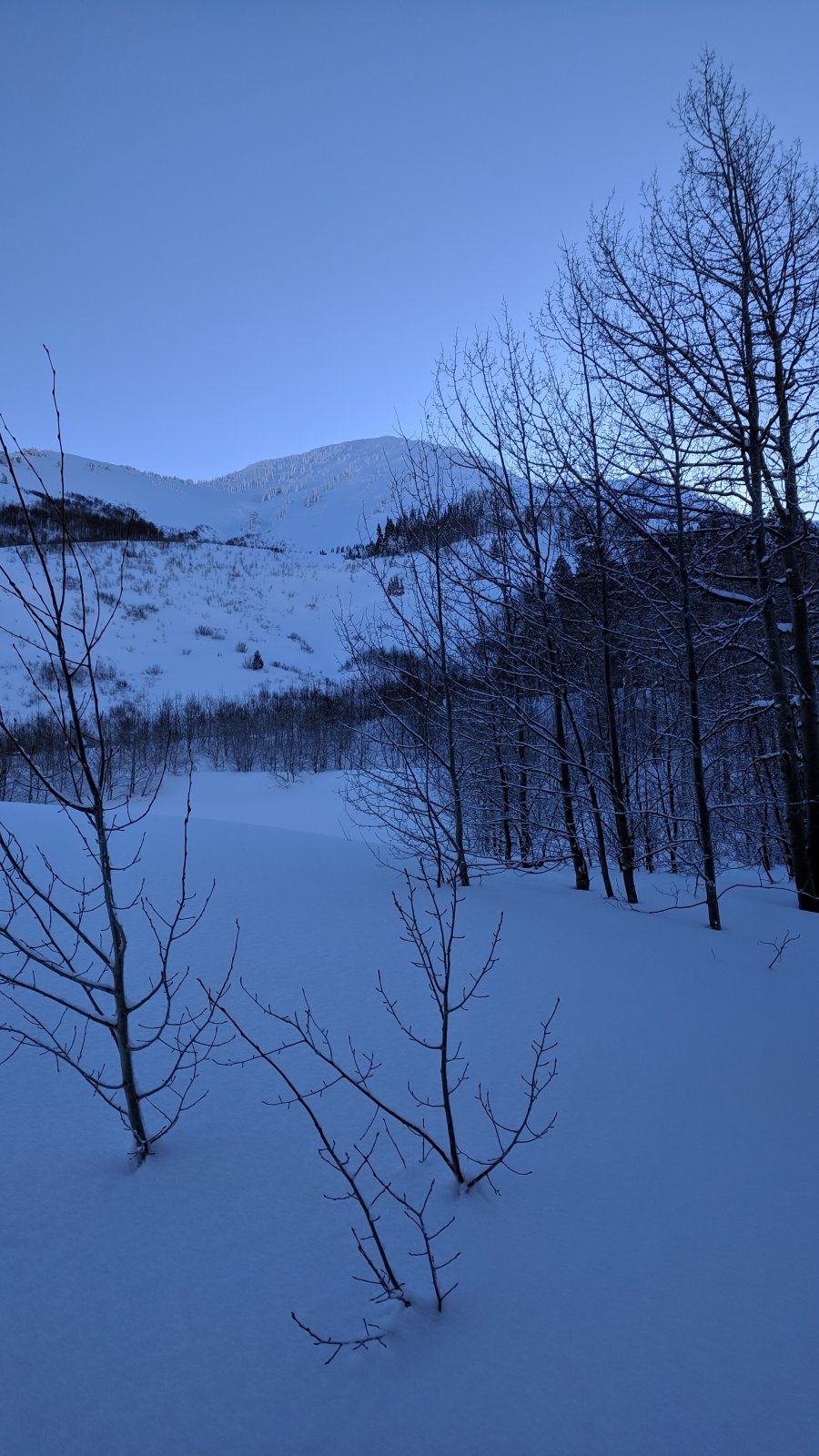 We hit a point where we realized there was no way our legs would be able to take us up the ridge to the peak. So we got to the base of the ridge and called it good. A bit disappointing, but now we know we need to do a bit more conditioning to be able to handle snowshoeing through that much powder. The experience was great (in retrospect) as well. 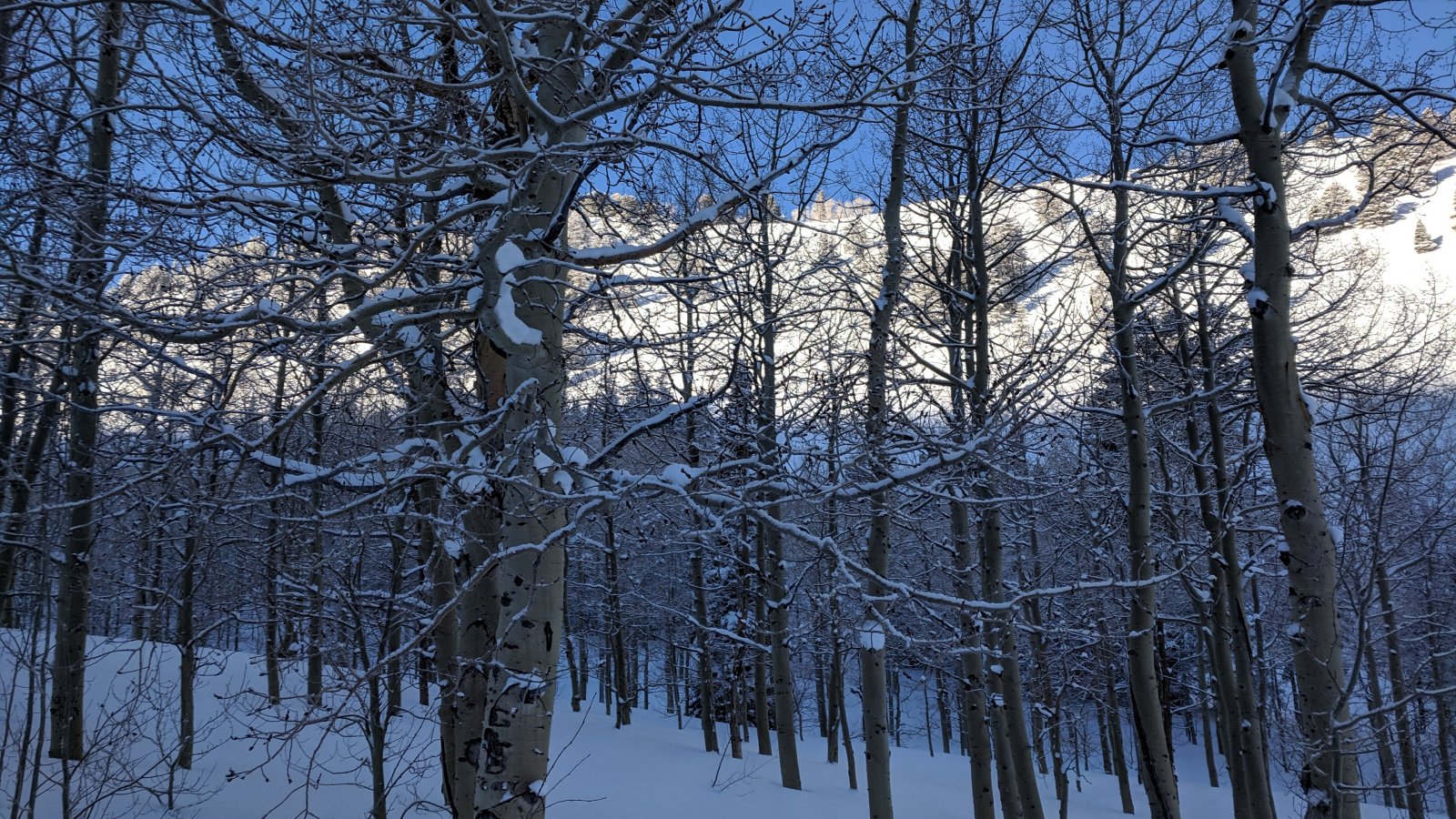 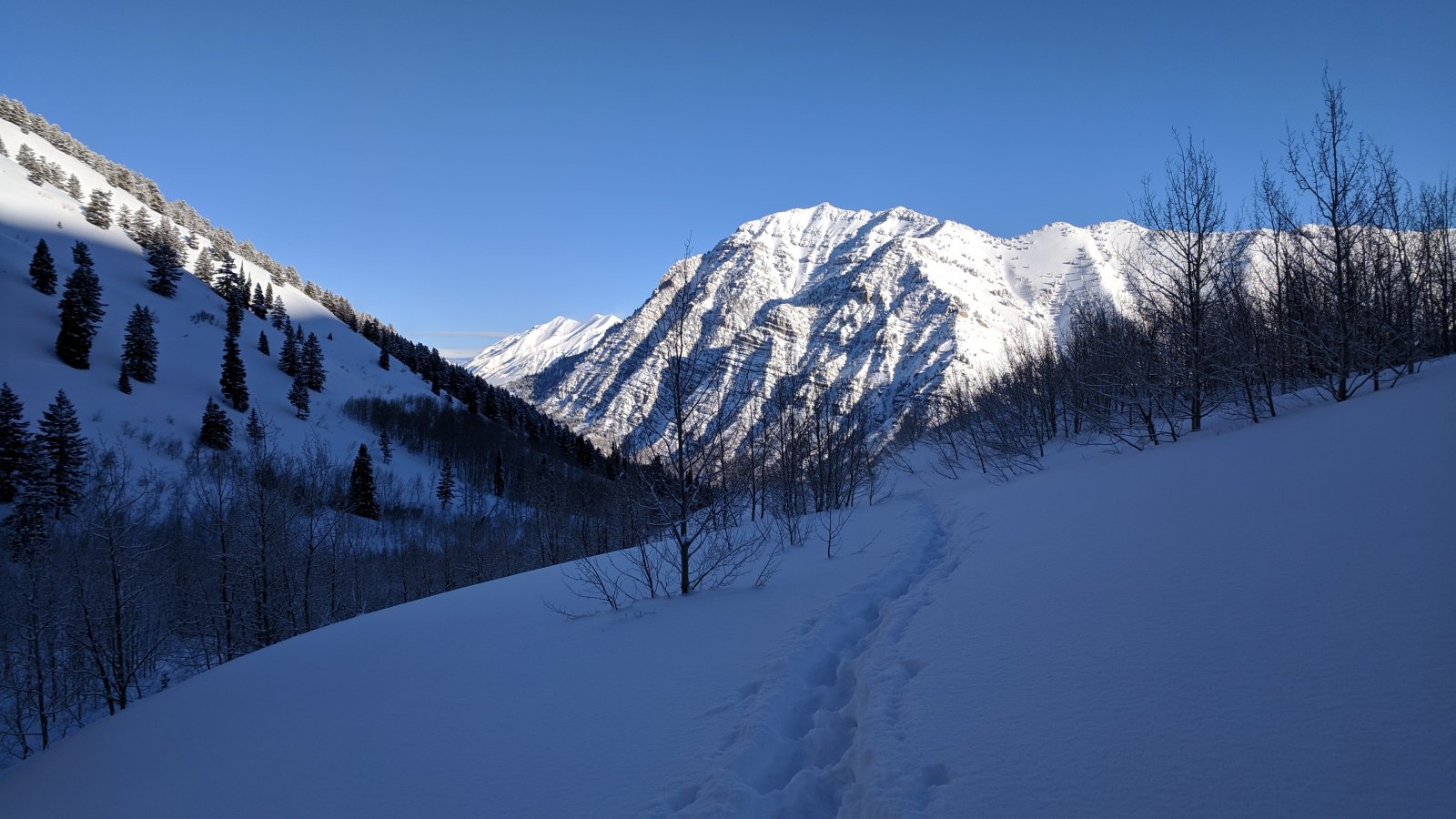 Looking back at our track. 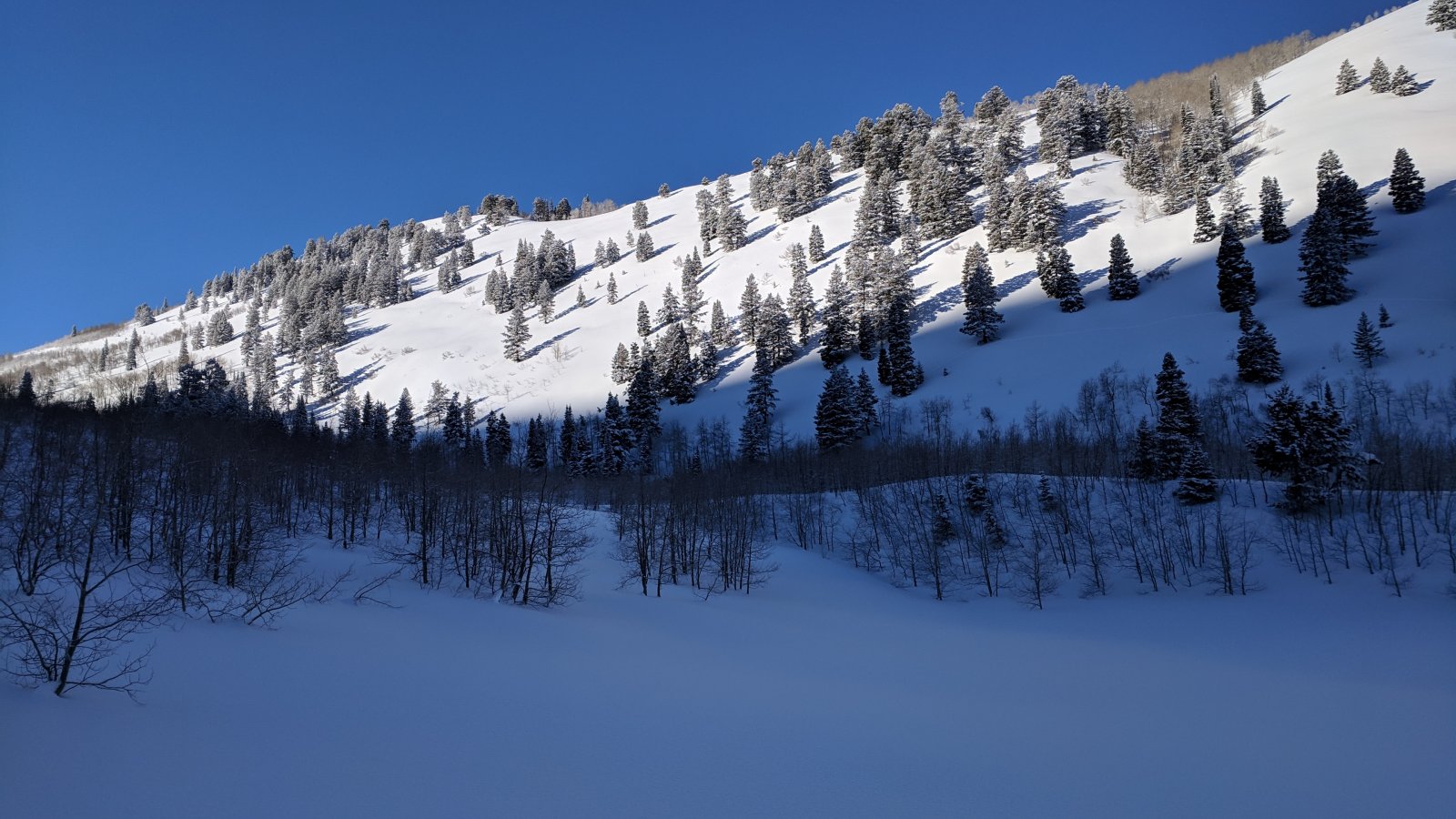 Going down was far easier, of course. We were shocked at how quickly we made it back. Shortcutting some of the switchbacks the road takes helped as well. 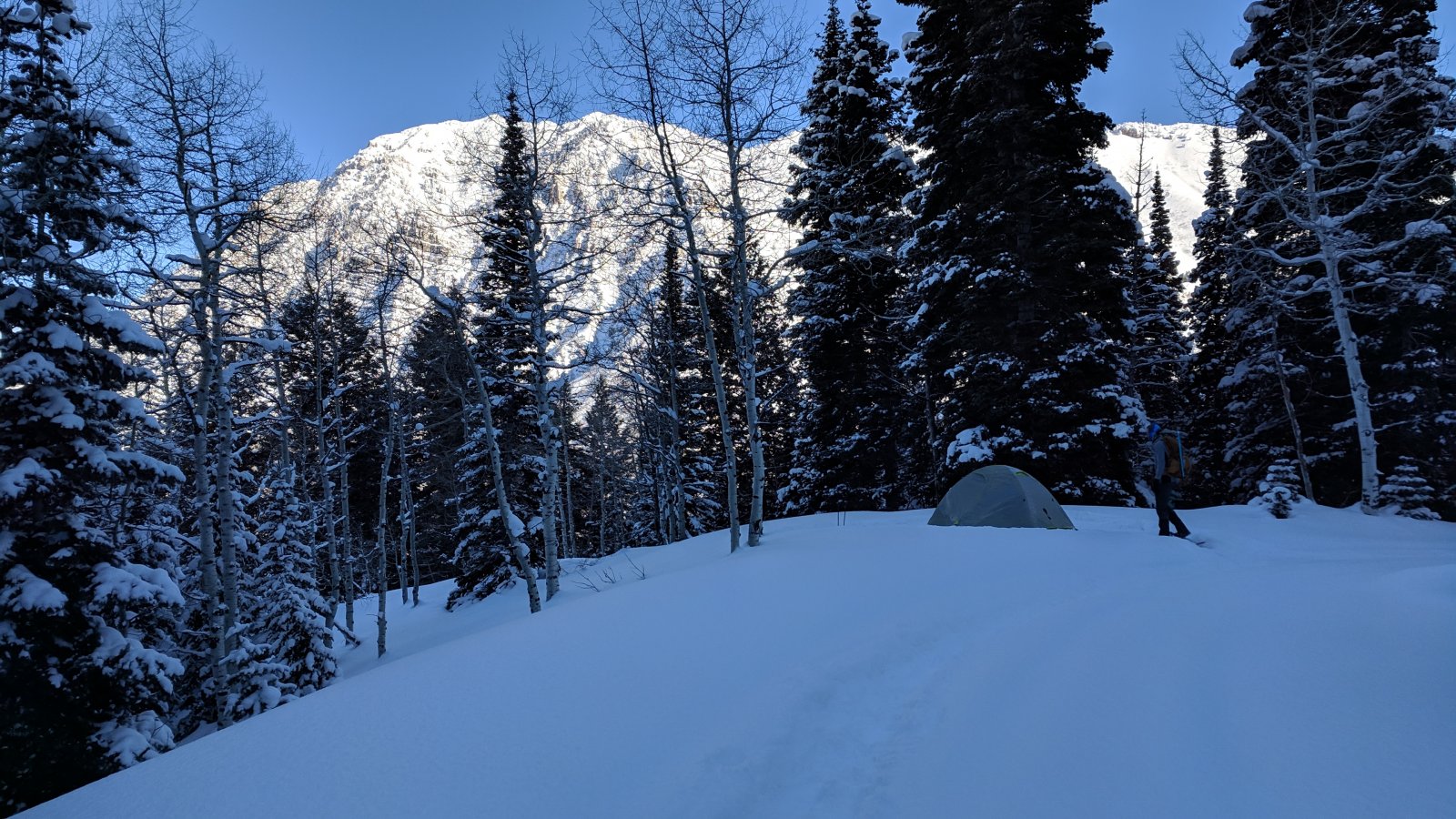 We packed up quickly and headed out. 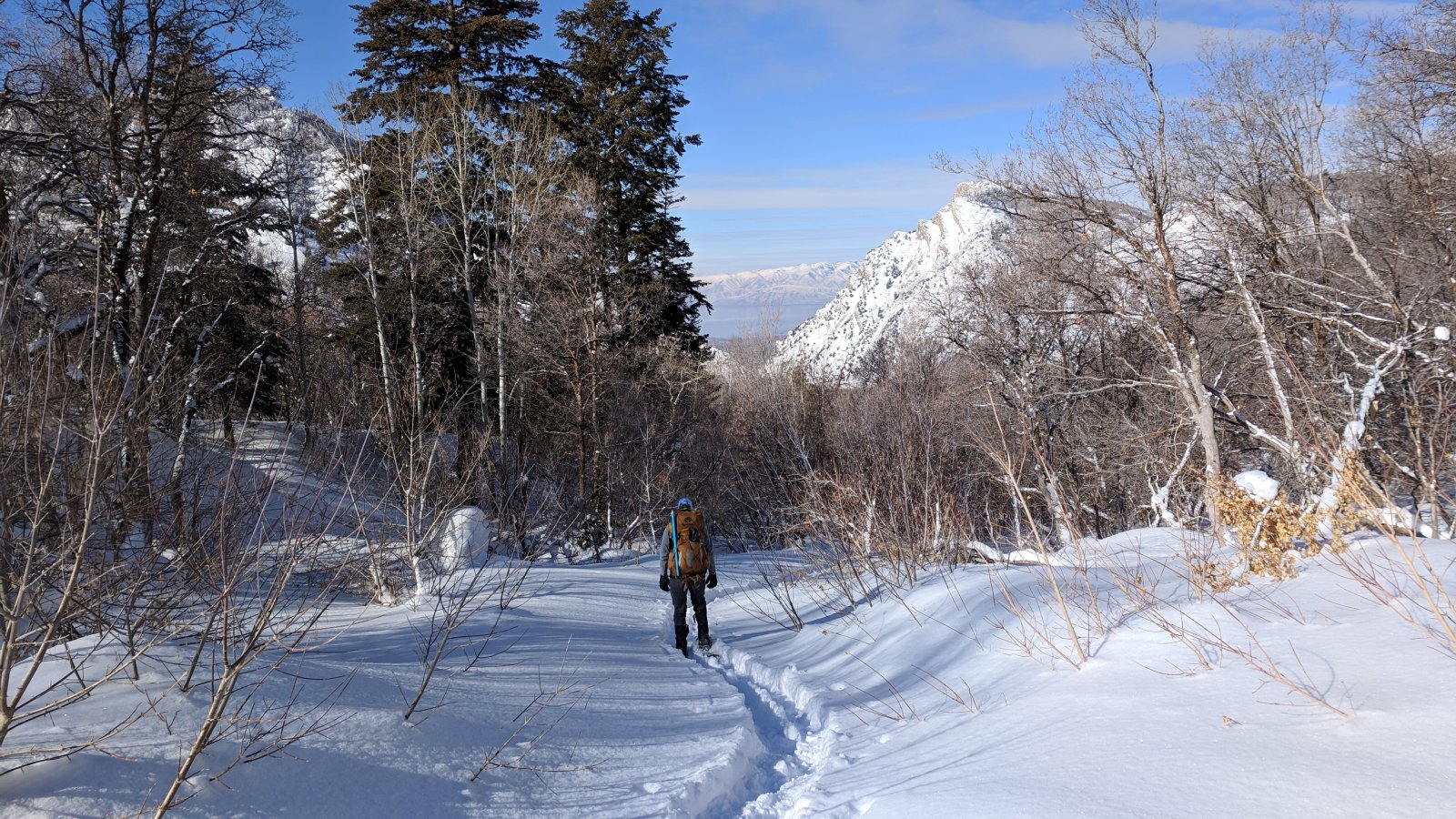 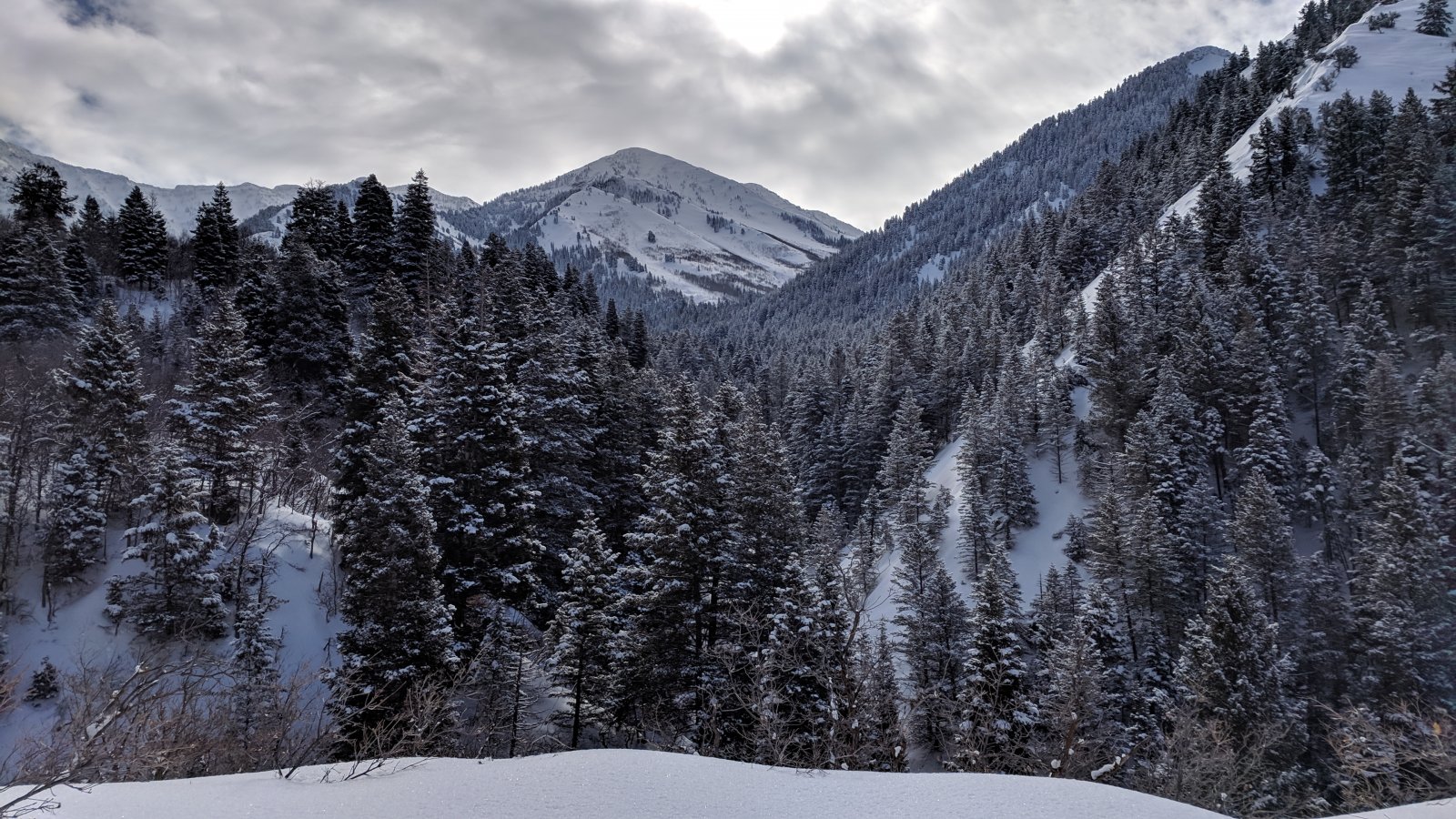 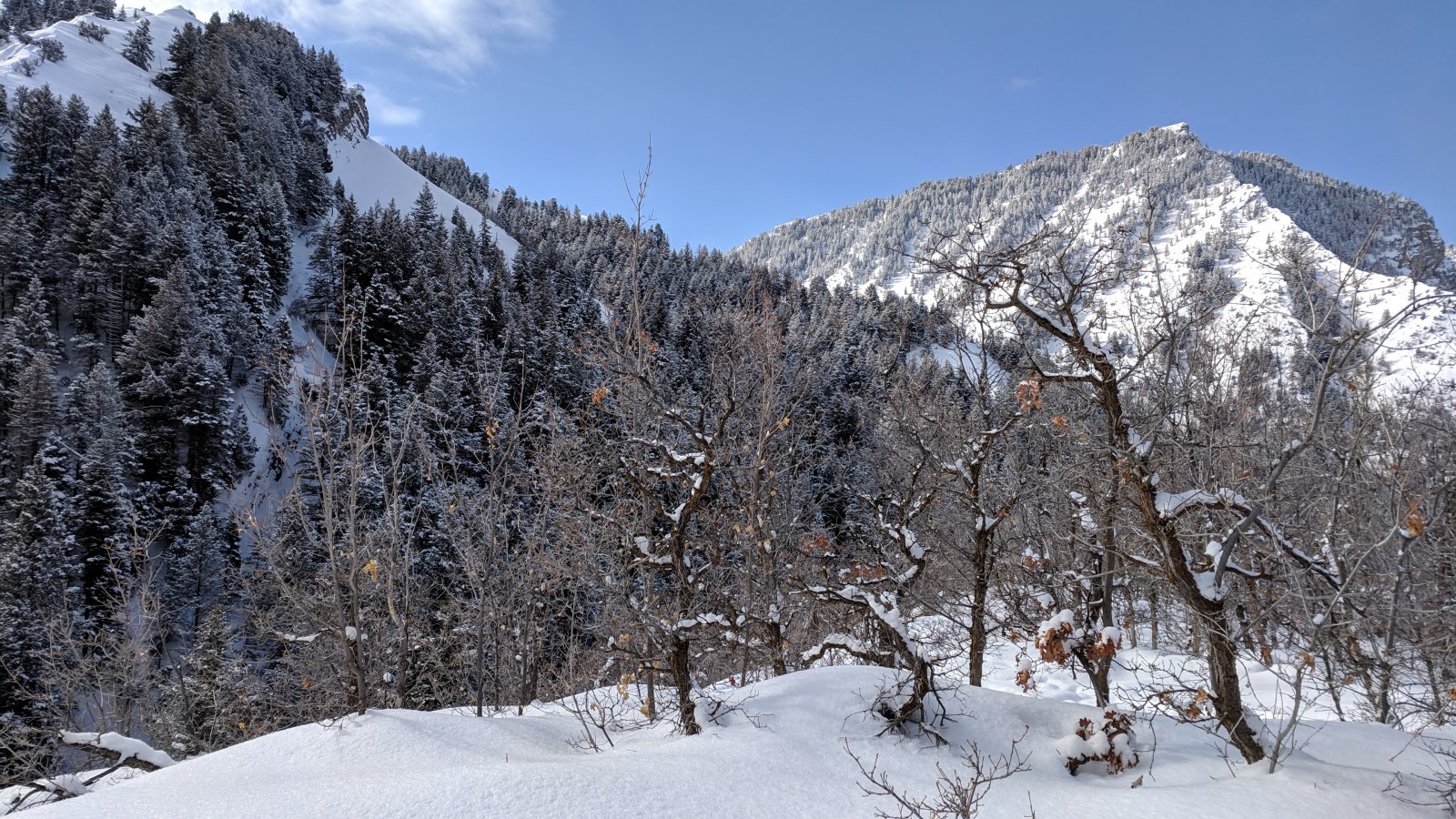 The walk out was very nice!

I'm not itching to get back out on a winter mountain backpacking trip just yet, but I'm glad I did this one. Need to make sure my legs are better prepared next time.
Thanks for reading.
Last edited: Mar 4, 2019

Beautiful up there! Your reality check will certainly help me with some things I have been thinking of doing, probably others too.

There is no path to happiness: happiness is the path

It's awesome that you got out and did some winter camping and exploring. Too bad the legs didn't have enough juice. I think most of us have been there, done that. =)

Breaking trail in all the glorious powder we have been getting is rough work. It looks beautiful.

Was it windy with the cold?

Wow! Beautiful winter photos @Jackson . It's just incredible hard breaking trail. Did you shiver all night in the tent

? I would have been so cold.
Thanks for sharing, impressive trip.

Ugly said:
Breaking trail in all the glorious powder we have been getting is rough work. It looks beautiful.

Was it windy with the cold?
Click to expand...

Yeah, it sure is tough. Haha. I should add that I am overjoyed with how much powder has consistently been on the ground in the mountains this season. I try only to go to places that will have powder or not very packed trails in winter. No need for snowshoes otherwise! So we kinda did it to ourselves here.

There was hardly even a breeze up there, actually. Remarkably still all night, other than the occasional sounds of snowflakes hitting the tent when a snow shower would pass through.

? I would have been so cold.
Thanks for sharing, impressive trip.
Click to expand...

No shivering at all overnight! Plenty once I got out of the bag though. I have a pretty good sleeping bag, and I had a warm fleece liner that I put inside it as well.

It’s always a bit of a shock how much work breaking trail is. I always have scale back my aspirations when snowshoeing. Does look like it was a good trip though. Nice pics!

BTW... when you figure out the cold face vs breathing to stay alive please let me know!

Perry said:
It’s always a bit of a shock how much work breaking trail is. I always have scale back my aspirations when snowshoeing. Does look like it was a good trip though. Nice pics!

BTW... when you figure out the cold face vs breathing to stay alive please let me know!

I think I'll take a ski mask or something next time. The biggest issue was keeping my nose warm. So if I can find one that has a hole for my mouth but covers my nose and the rest of my face aside from my eyes, I think I'll be in business. Plus I'll get to look like a bank robber. 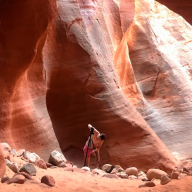 Looks gorgeous back there. I imagine sunrise would have been something else.
Instagram | Travelanche.us
You must log in or register to reply here.
Similar threads