A Sunny Day Calls for Another Adirondack Paddle

Today's forecast called for bright sunshine so we decided to check out another spot for a paddling adventure ... this time we put in at Jones Pond, paddled around the pond, and then found the lilypad choked channel that turned into Jones Creek. We followed this to Osgood Pond, site of the summer White House of Calvin Coolidge (White Pines Camp). Osgood Pond is fairly shallow & since it was pretty breezy, the waves were kicking up so we decided to turn around & head back to Jones Pond.

Heading out on Jones Pond 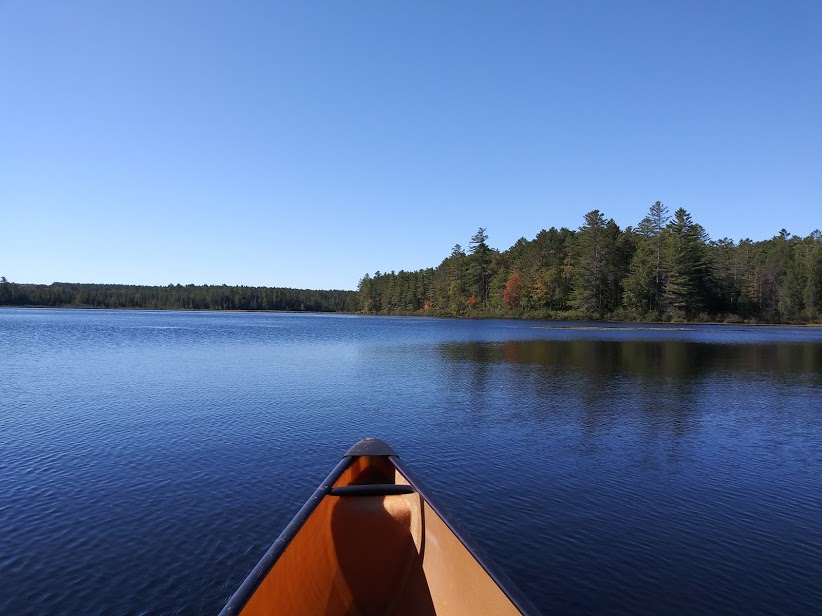 Starting down the channel ... 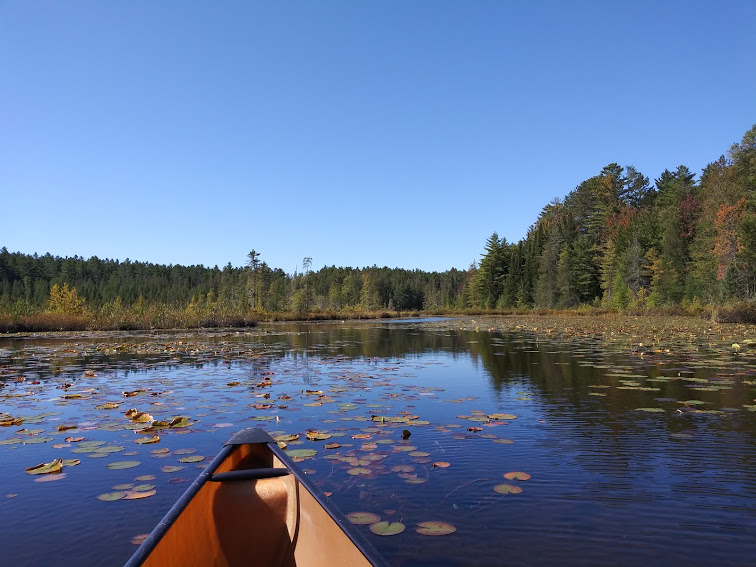 We encountered this beaver dam along the way ... it was pretty easy to get out of the canoes and lift the canoes over the lowest part of the dam 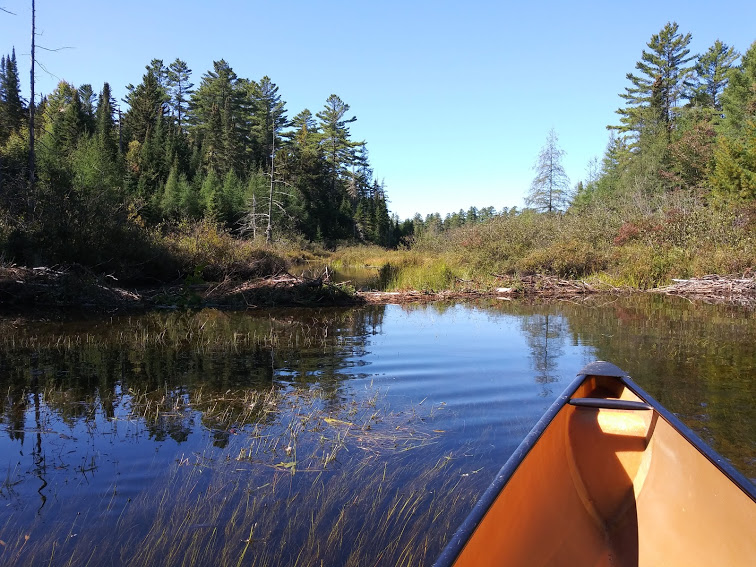 Jackie paddling along ahead of me on Jones Creek 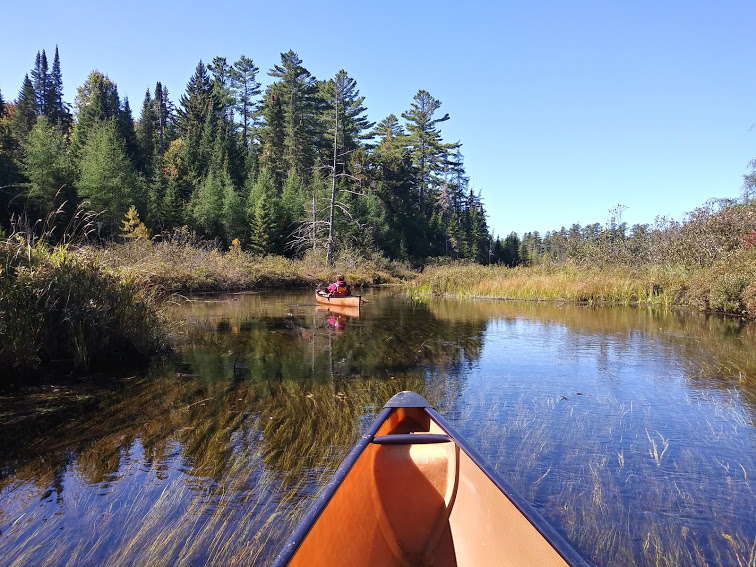 An eagle nest in a white pine right where Jones Creek enters Osgood Pond ... as we approached Osgood a bald eagle flew right over us at tree level ... it was a sweet moment indeed. He/She was moving too quickly for us to snag a photo 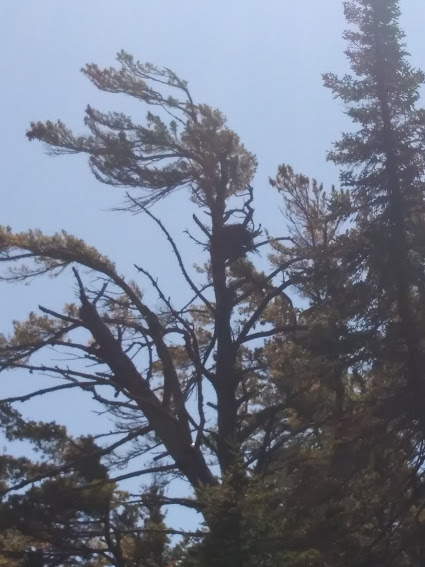 our boats at the outlet into Osgood ... lots of deer tracks in the sand 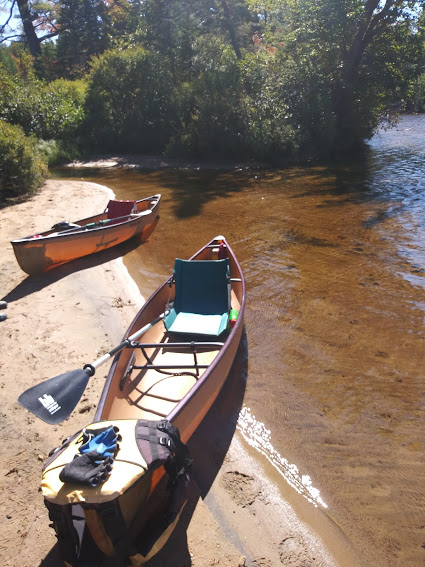 Heading back to Jones Pond ... reflections were great. I'd never seen tamarack (larch) trees so tall before. 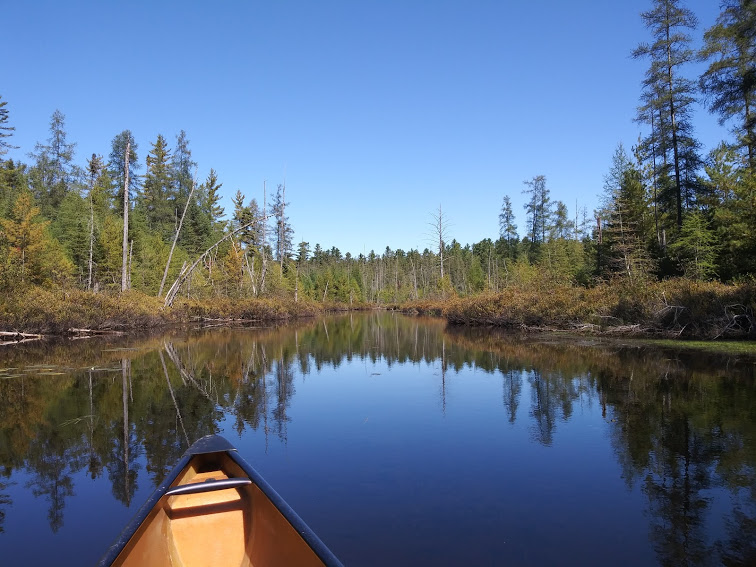 Beautiful country and looks like calm waters. I like the shots of the two canoes, side by side.

I like the looks of the channel with the lily pads and the hint of turning leaves in the background
My trip reports: backpackandbeer.blogspot.com
You must log in or register to reply here.
Similar threads