This past winter and spring was good to the Wasatch Mountains, as well as much of the West, piling up the snow then bringing lots of rain which gave way to a lot of early summer greenery. This was experienced first hand when I was able to take my son Lennox out for a night to enjoy a slice of green mountain paradise right above our town of Provo.

Unlike his sisters, this trip would be less of a backpacking trip and more of a car camping trip. Well...a hybrid of both of sorts. We'd use backpacks, but ended up camping only about 200 yards away from our vehicle. I gave Lennox the chance to carry his pack the short distance, but even then, the weight of just his sleeping bag, sleeping clothes, a flashlight, and hammock was apparently too much for him to feel comfortable with, so I ended up carrying his gear in too.

We had driven up the popular Squaw Peak road above Provo where we pulled over along side a very popular meadow there. It doesn't have an official name on maps, so since it sits beneath Cascade Mountain, I tend to refer to it as 'Cascade Meadows'. I've seen it called something else, but that name has escaped my mind. It's an area that receives a lot of visitors on weekends but tends to quiet down a good bit during the week and being a Monday, it turned out to hold true for us. A few families were there for the evening to take photos and have picnic dinners, but then all vacated just before nightfall, leaving the entire area all to my son and I. 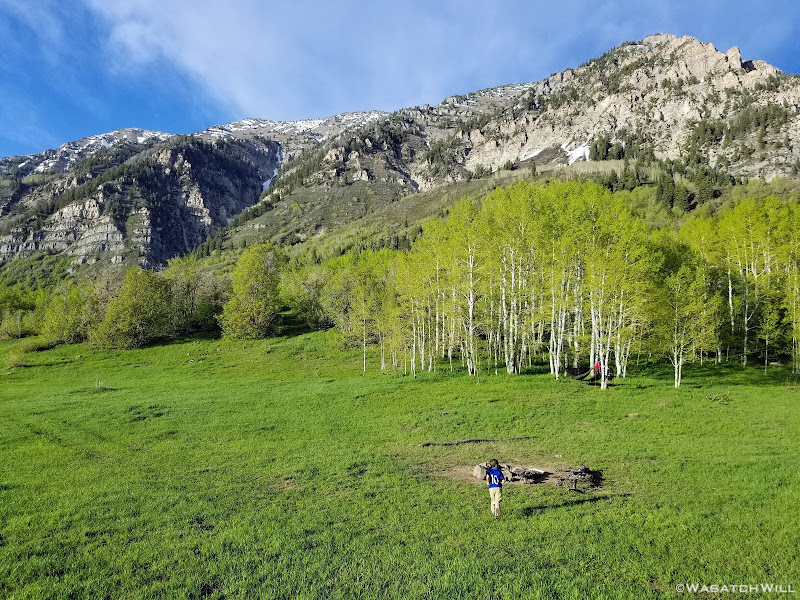 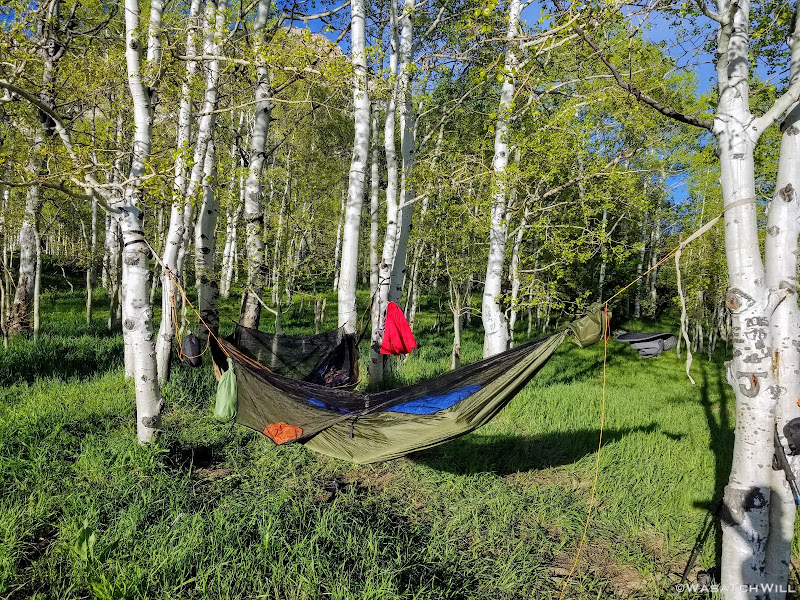 After we had gotten our hammocks up in a nice little stand of aspens at the edge of the meadow, we walked around the meadows a bit to take in all the beauty around us. 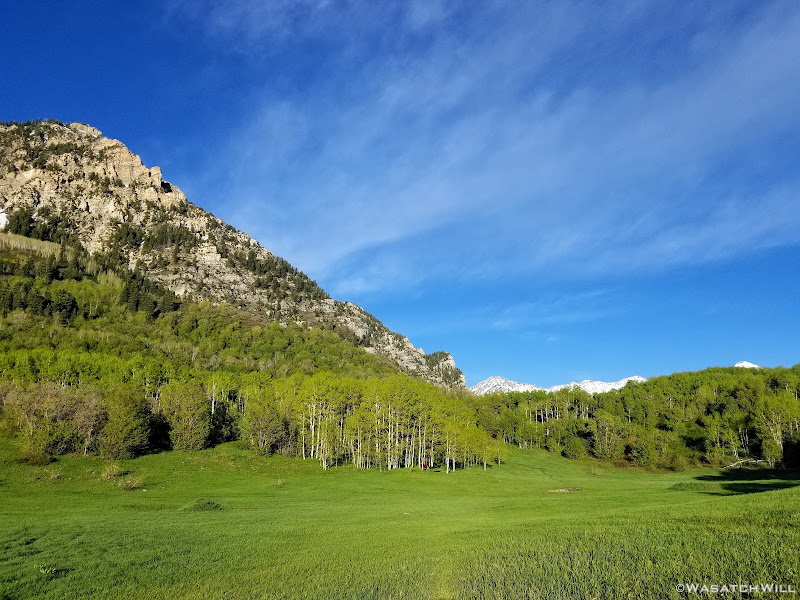 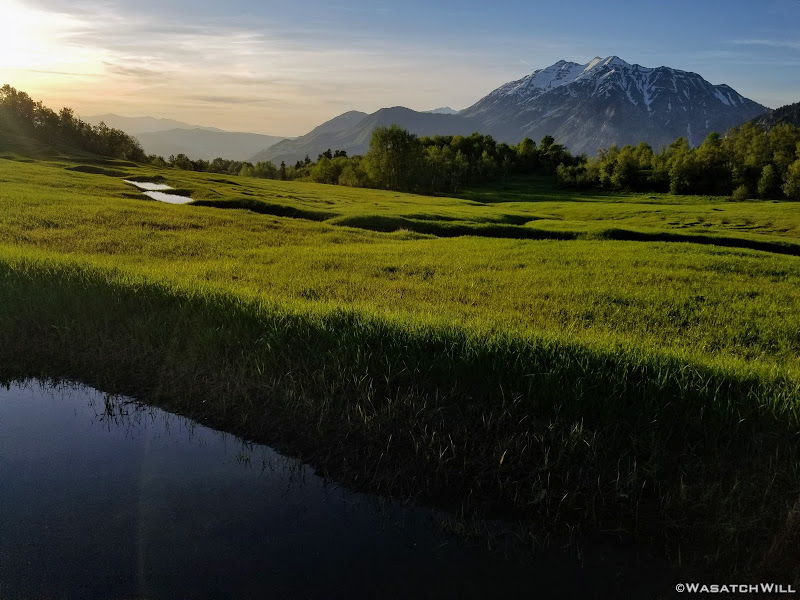 We then returned to our side of the meadow to set up for dinner in the form of mac'n'cheese by Mountain House, watch the sunset, and ultimately retire for the night. 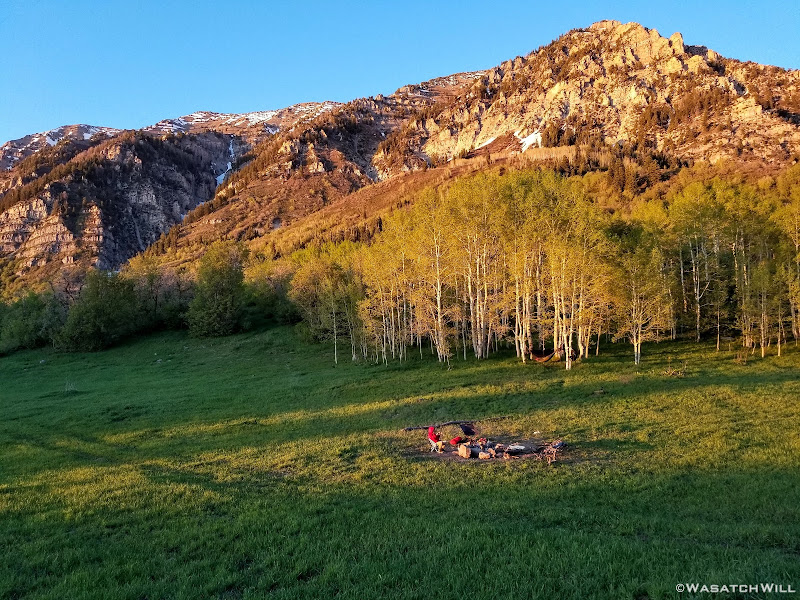 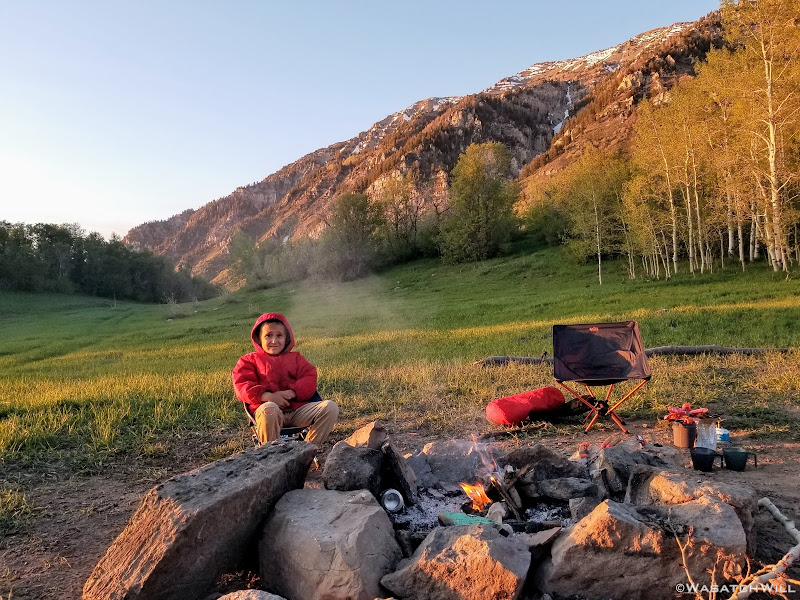 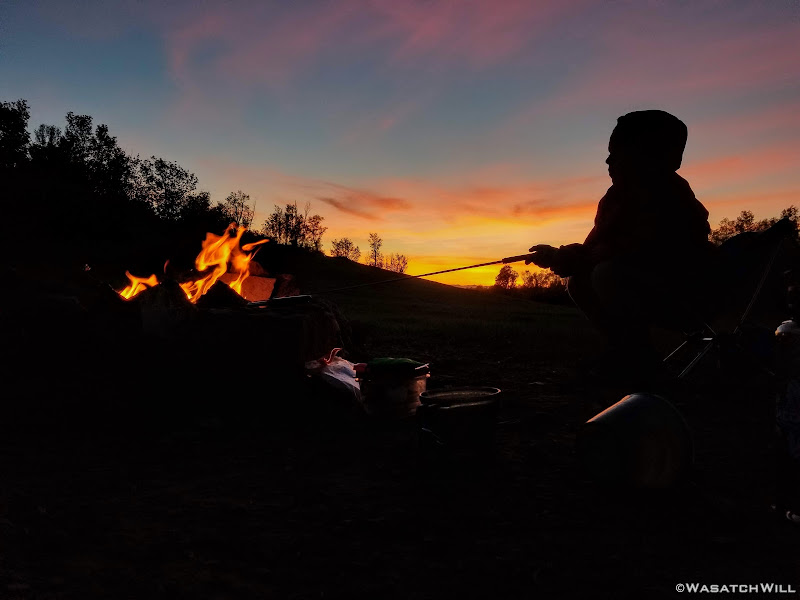 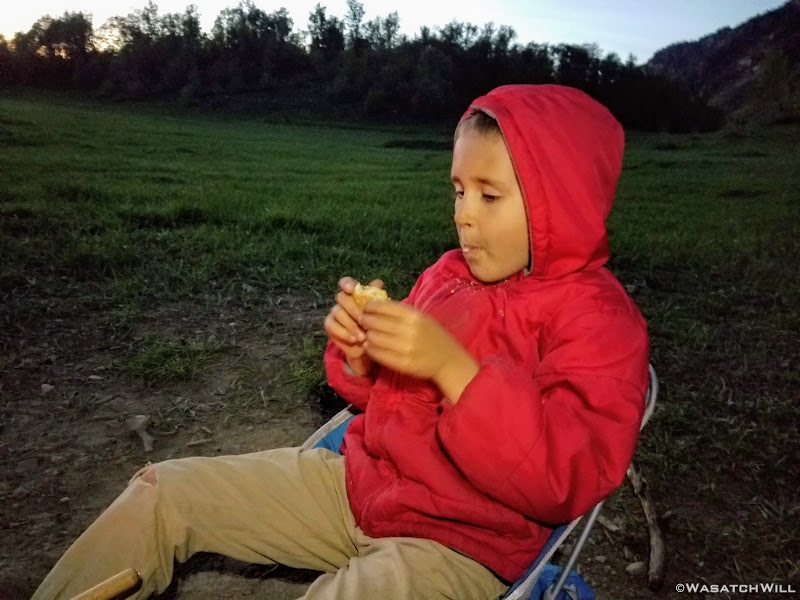 After a very pleasant and peaceful night of sleep, we woke up and had some oatmeal for breakfast. 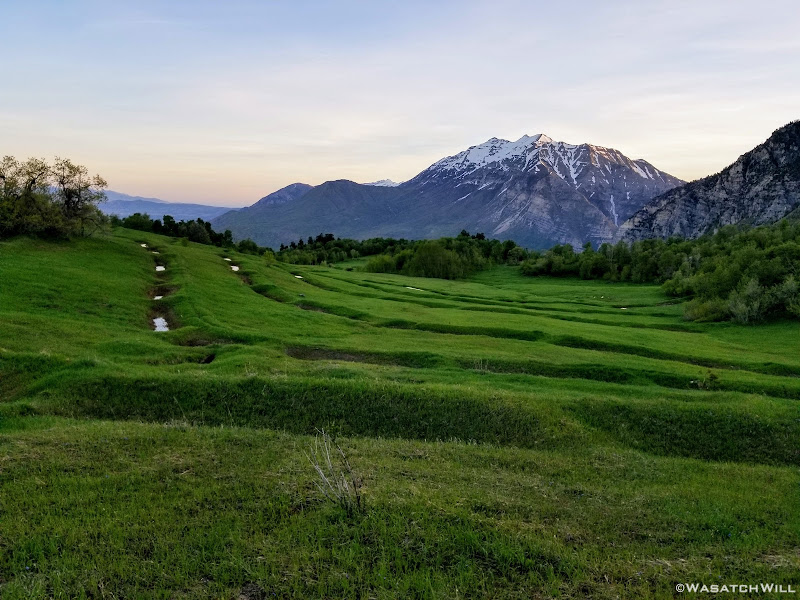 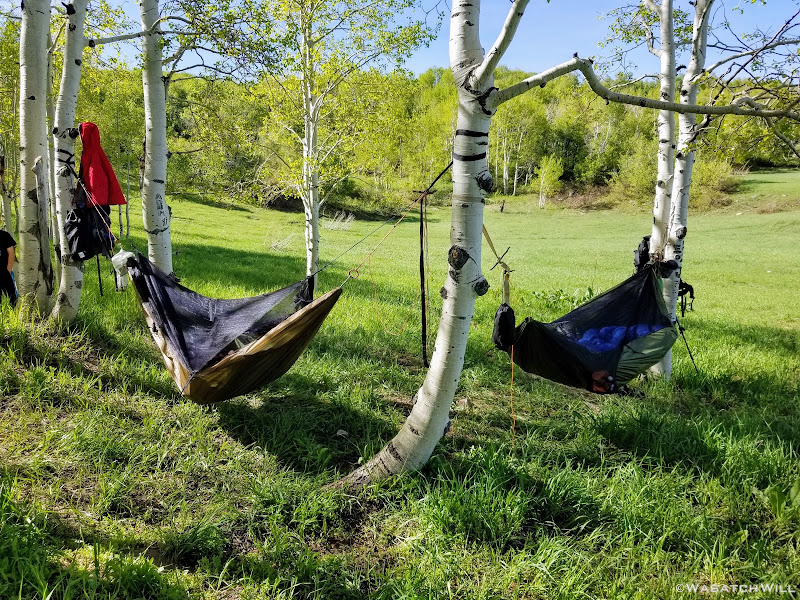 We then got to work wandering about the area picking up bits of trash that were scattered about as we had seen the evening before. It's a never ending dream of mine that some day, every user of our public lands will want to respect the land enough to keep it clean and beautiful and to be courteous to others.

We ended up filling a small bag full of trash. At that point we broke down camp and took everything back to the car and then geared up for a short little morning hike up to a point high across the other side of the meadow called Buffalo Peak, making for a nice little 1 mile round trip hike.

On the way up, we had been overtaken by a small group of Army reserves out on a fitness run, but otherwise, had the whole trail and peak to ourselves on this pleasant Tuesday morning. The views it presented of Provo Peak to the south and elsewhere around us were as beautiful as ever. 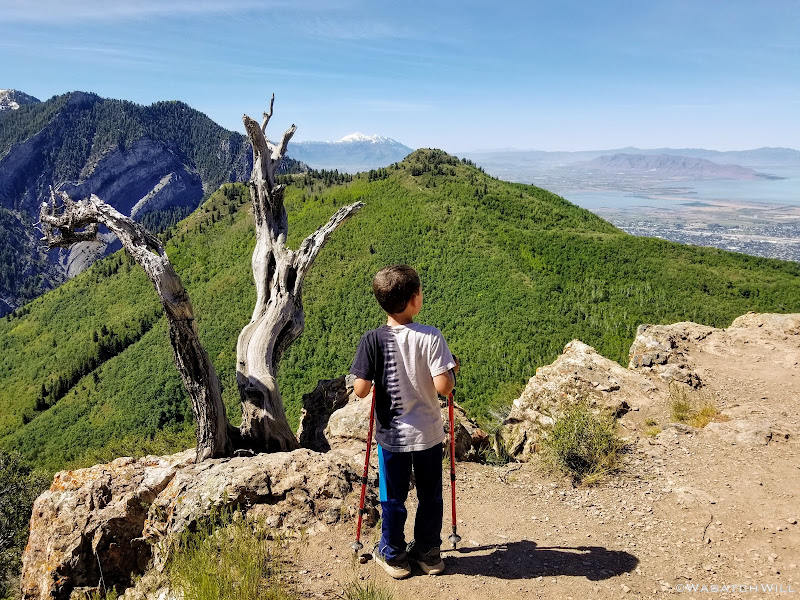 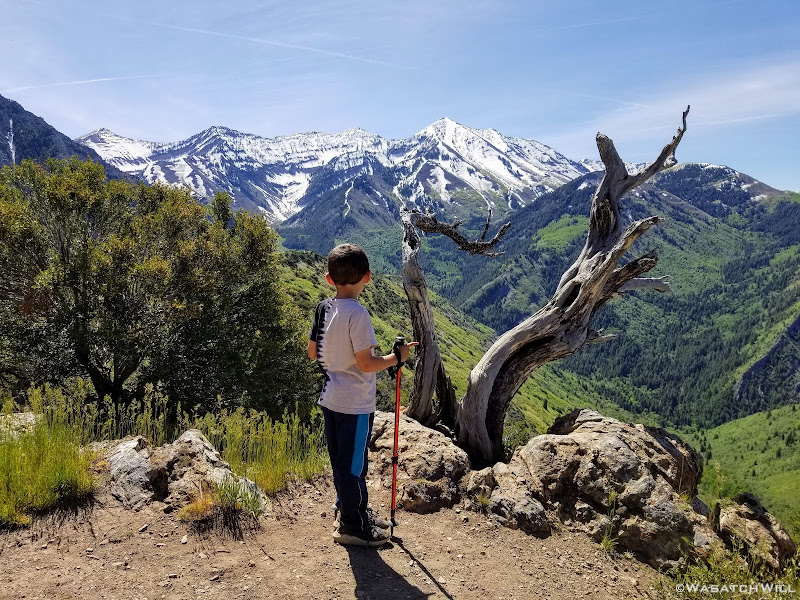 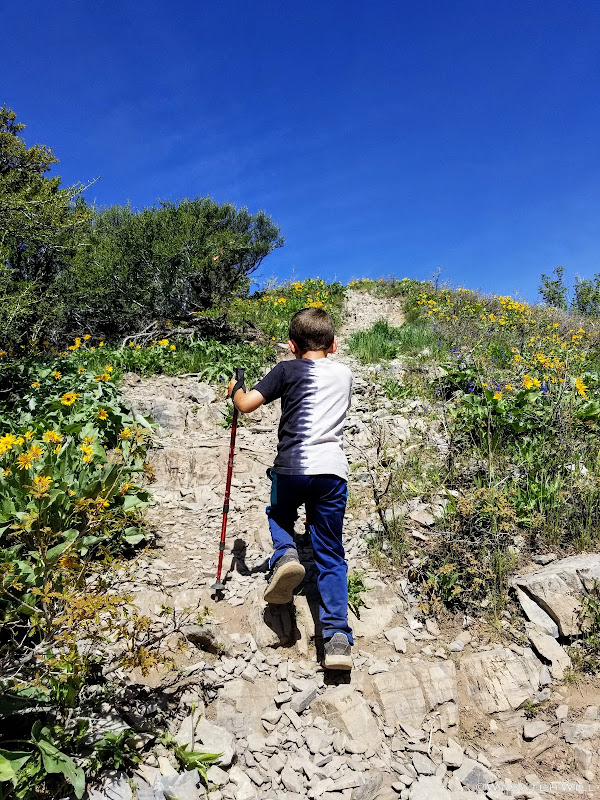 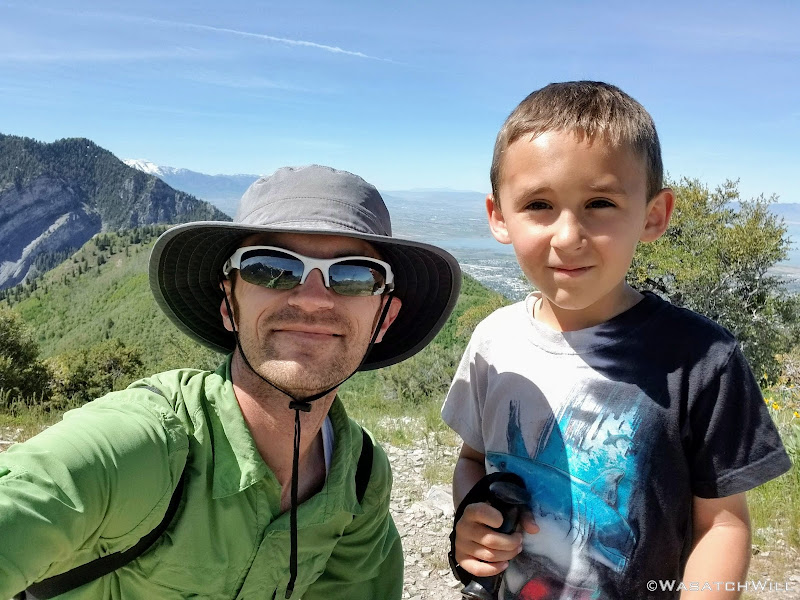 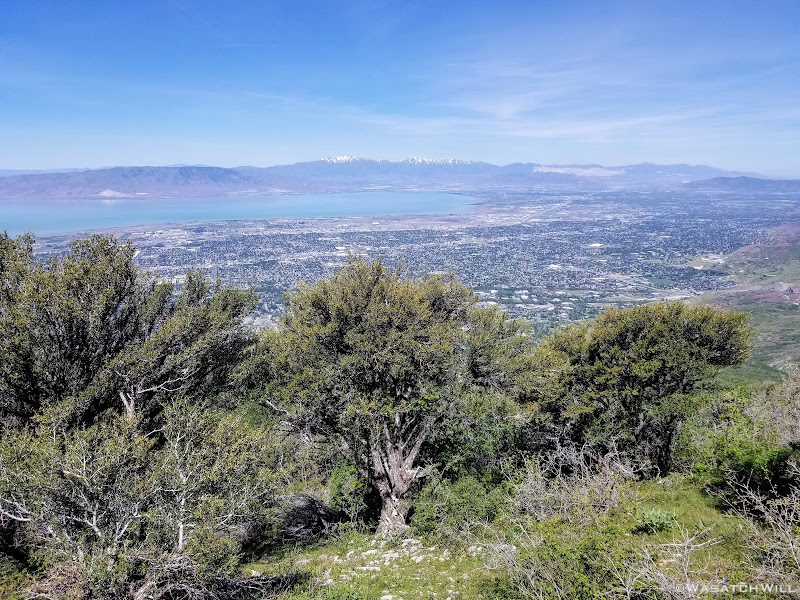 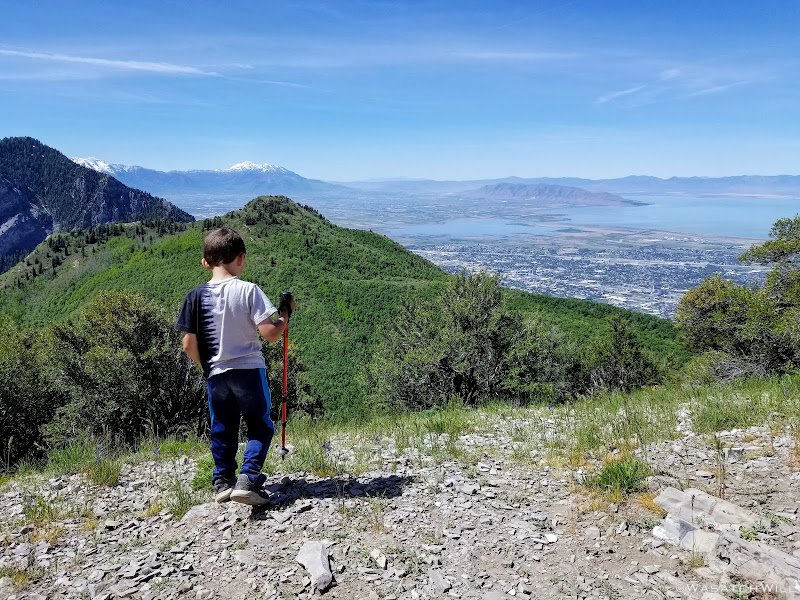 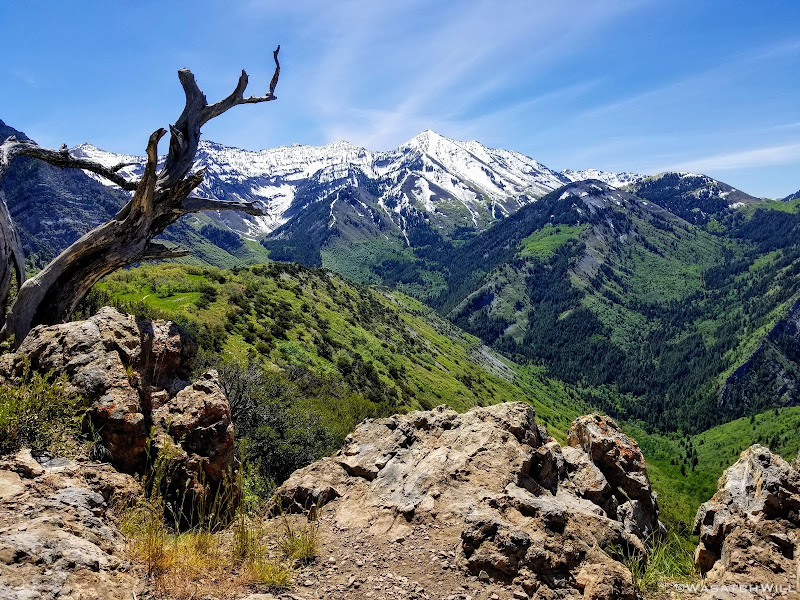 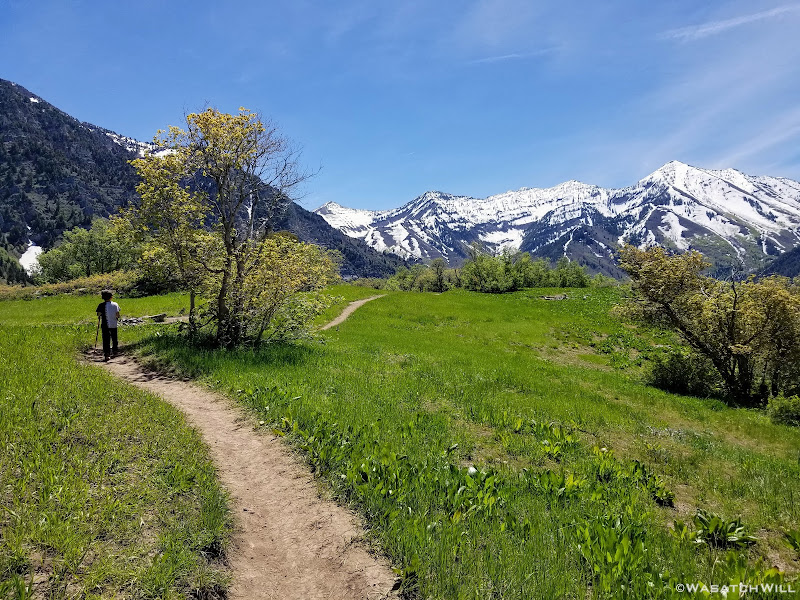 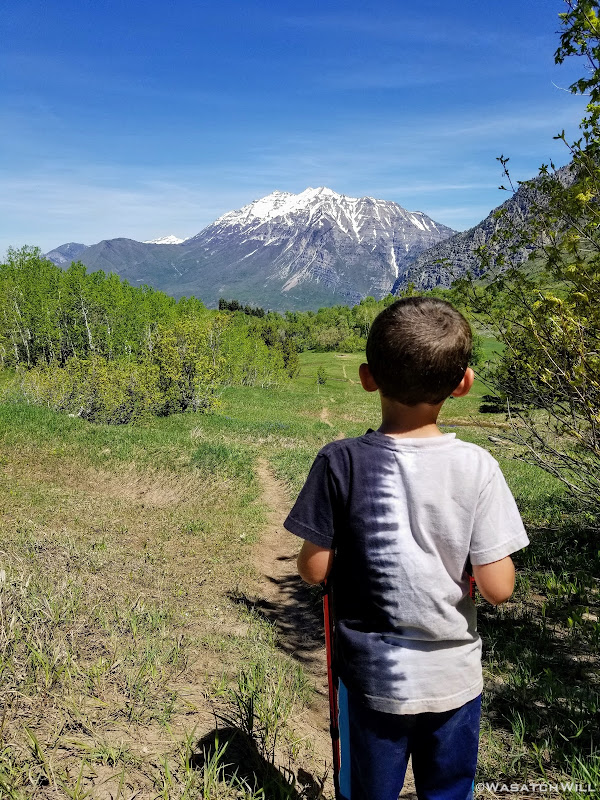 On our way back we encountered quite a large group of mothers and young children all hiking up for their turn on the peak. It was neat to see so many moms getting together like that to get their kids out into nature and even challenge them a bit with a steep but brief little ascent up to the peak, but I was also very glad Lennox and I were able to up there and back down before they swarmed up the mountain.

Back at the car, I had been looking forward to stopping for a cheeseburger and shake on the way home, but he talked me into taking him out for pancakes instead. It was a great little overnight trip to spend some one-on-one time with my son.

Stephanie B said:
Great job, Dad! How old (Lennox, not you )?
Click to expand...