A Night on Y Mountain

Having successfully completed a trip out with Ellory the night before, it was Willow's turn to get up into the mountains. She's a fan of hiking the 'Y' above our neighborhood. I offered her the opportunity to go higher above it and she bit. She'd get another big choice to make along the way...

The popular Y trail offers very little shade so it can be brutally hot at mid-day in the summer. It gains about 1000 feet in 1 mile, which is a pretty good gain. Because of this, we benefited from a later start in the day, and also got some cloud cover for much of the way up to keep it from being really hot. 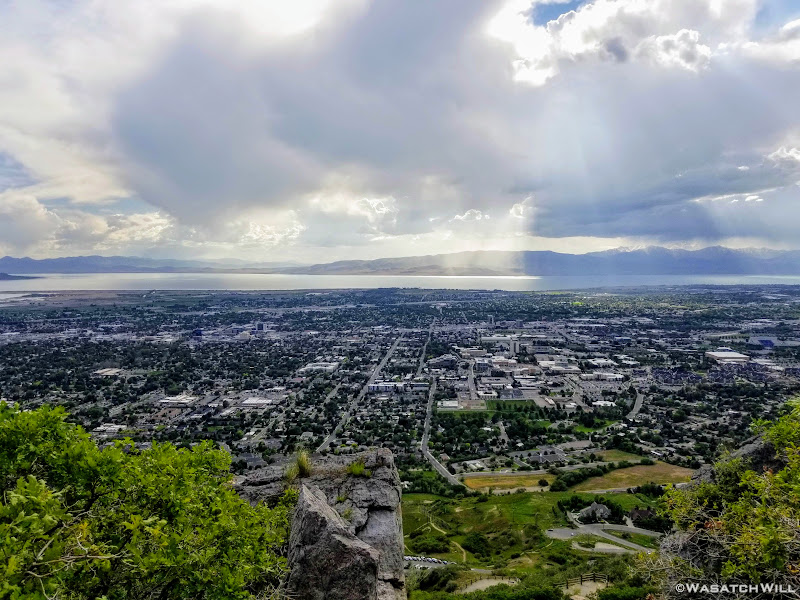 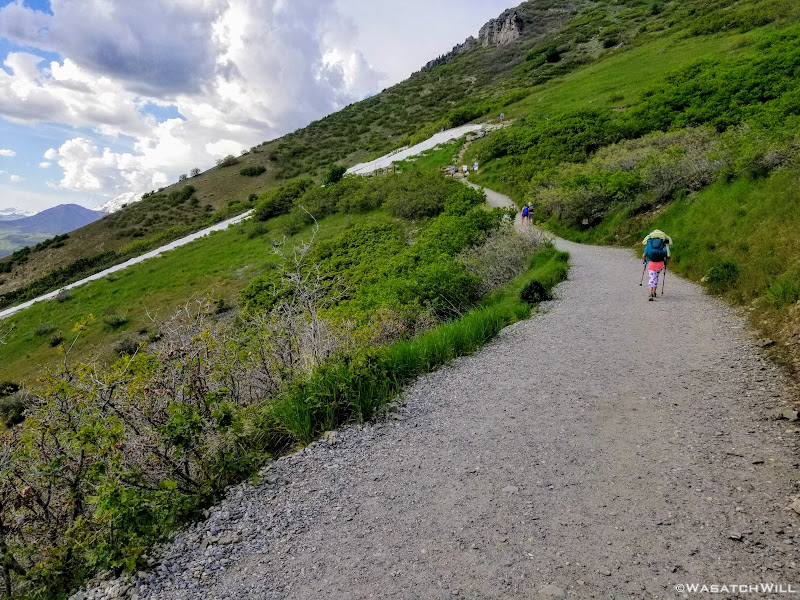 Approaching the top of the Y 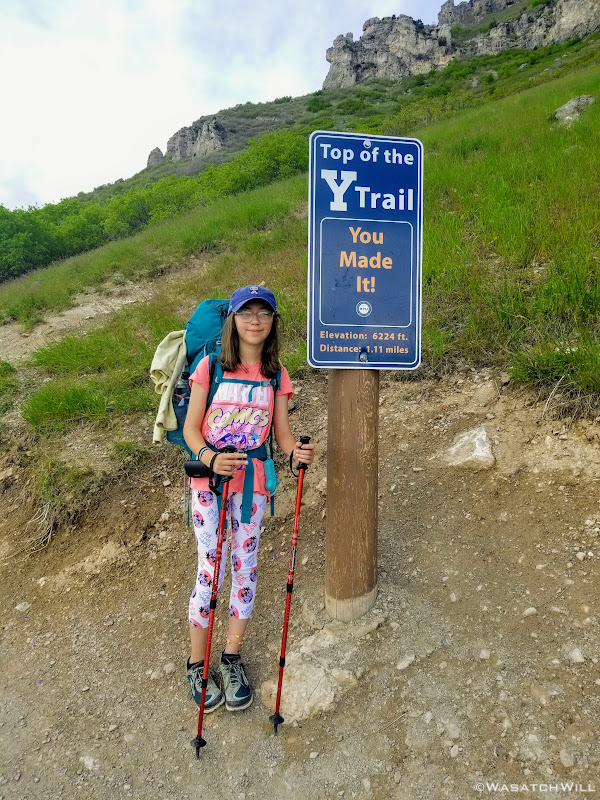 Once at the top of the Y, we paused for a rest on the benches there and enjoyed the view of the valley below. 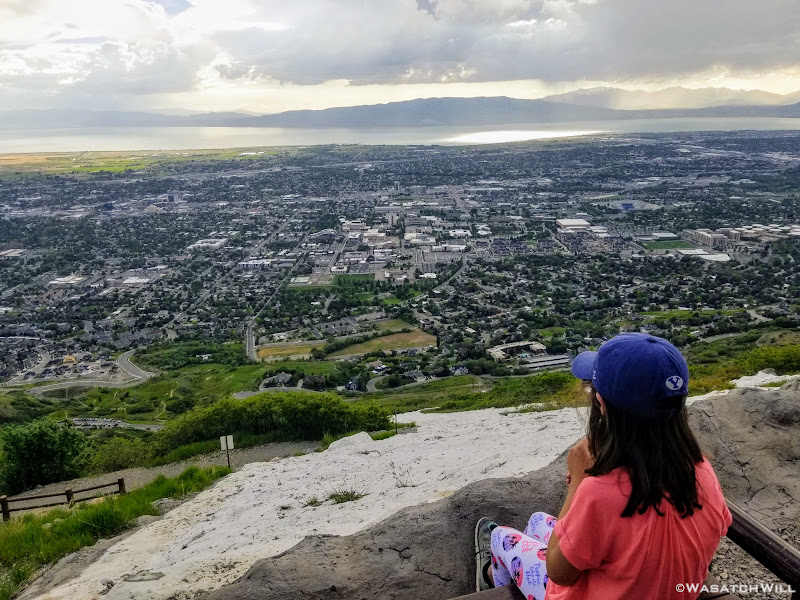 Resting at the top of the Y

From there, we left the crowds behind and continued up trail into Slide Canyon. 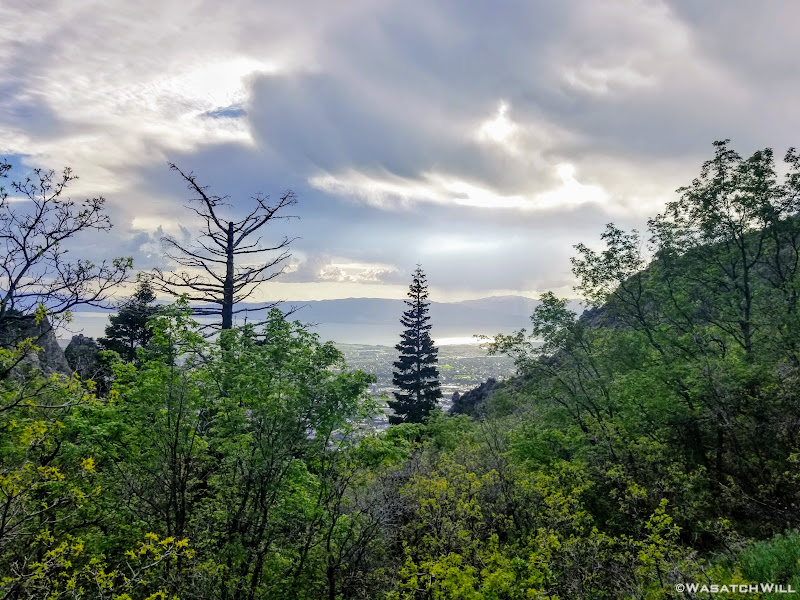 Looking back at the valley behind from the Slide Canyon Trail

Once at the first major meadow of Slide Canyon, known as Bear Flat, we considered some options. We could set up camp right there in the meadow or go another mile and about another thousand feet up to the top of Y Mountain and camp near its summit. If were lucky, we'd catch the sunset, and by being there in the morning already, we wouldn't have to hike up to get the view and would thus save ourselves time in getting back home the following day.

Willow gave it a bit of thought and chose the latter. Ever up we went... 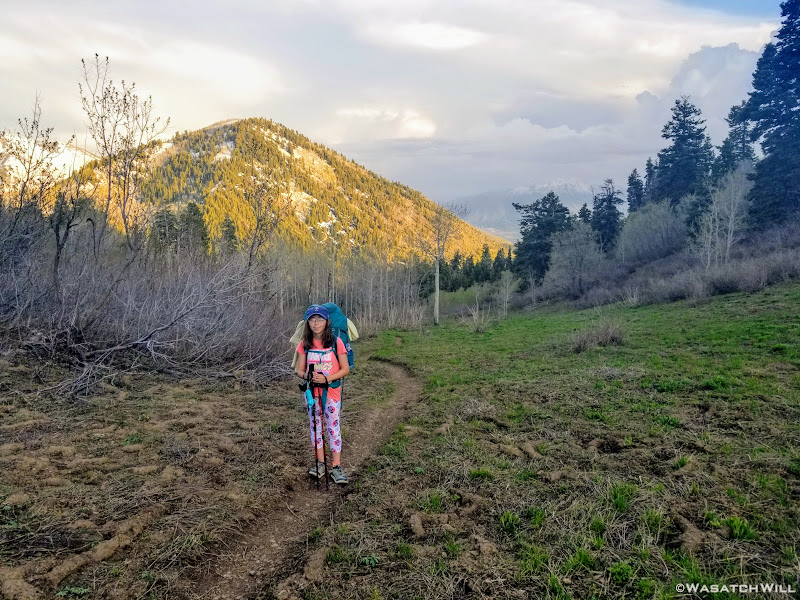 After completing the long, steep, and strenuous journey up the side trail from Slide Canyon, we we treated to one of my favorite views along the route where you can look to the north and see Mount Timpanogos framed within some conifers with Squaw Peak resting closer and below it. 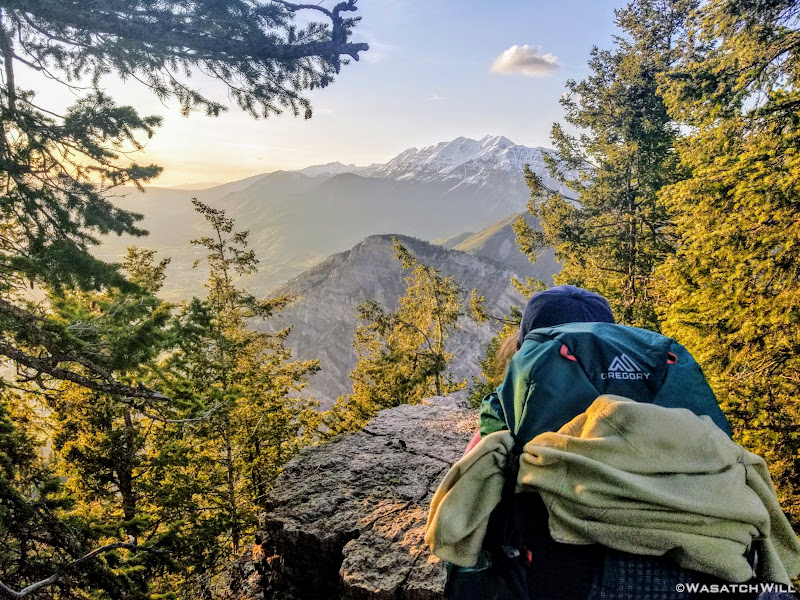 A few minutes later and we had arrived at the big overlook where we'd set up camp for the night. And indeed, we had made it just in time to catch the sunset. 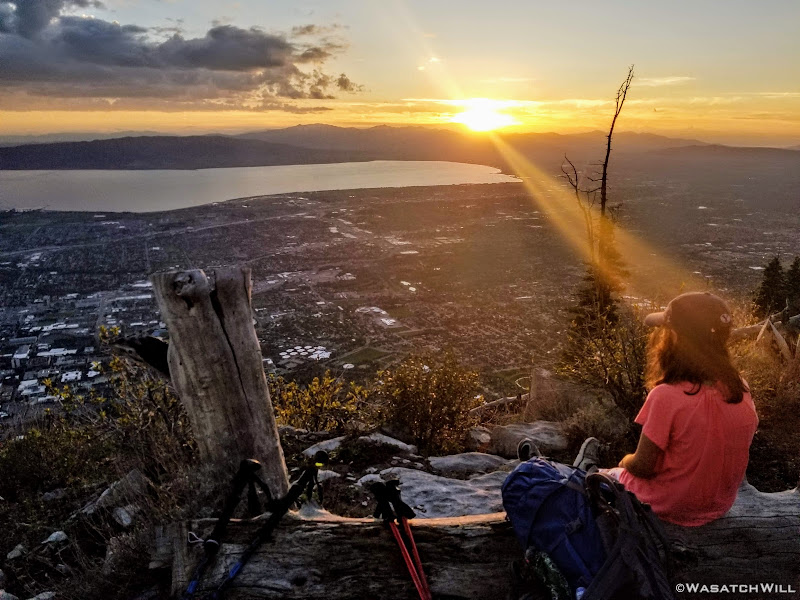 Sunset from the top of Y Mountain 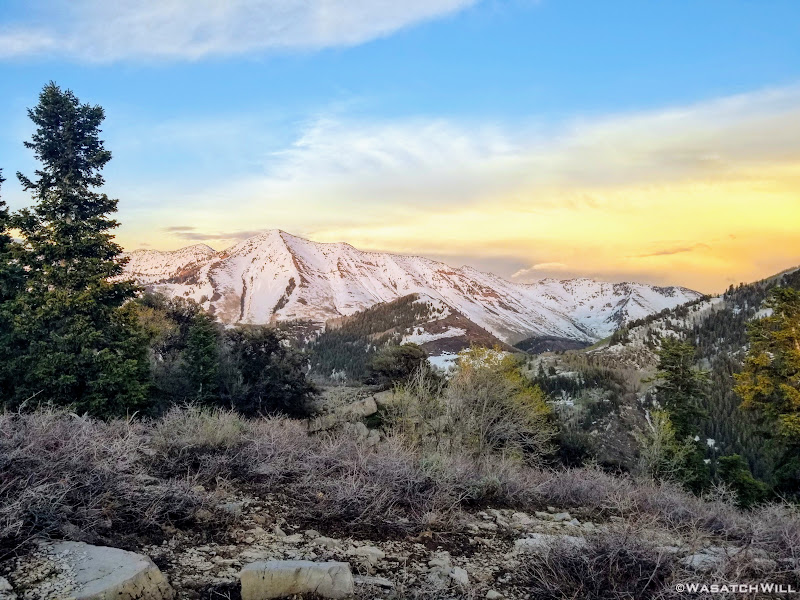 Provo Peak to the east 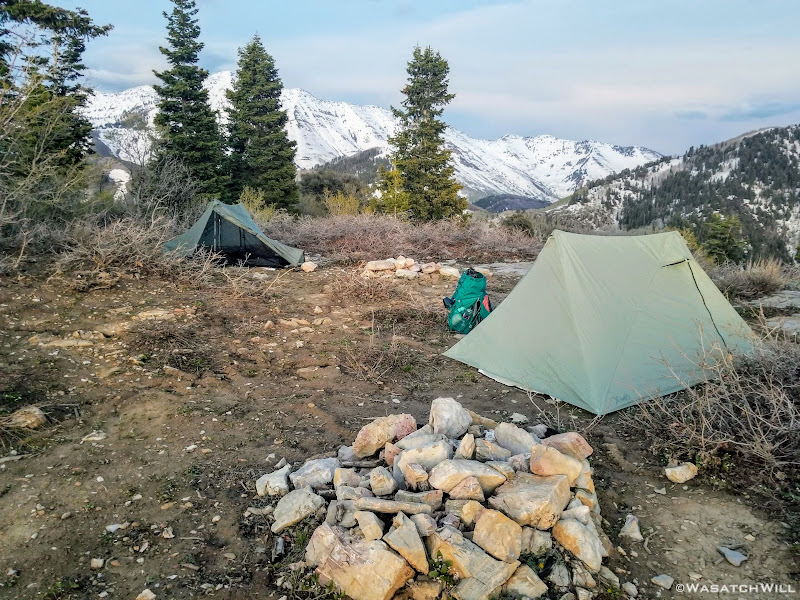 With camp all set up and the sun now set, we indulged in more views of the valley out below, the nightscape all aglow. At one edge, we could even make out our house. 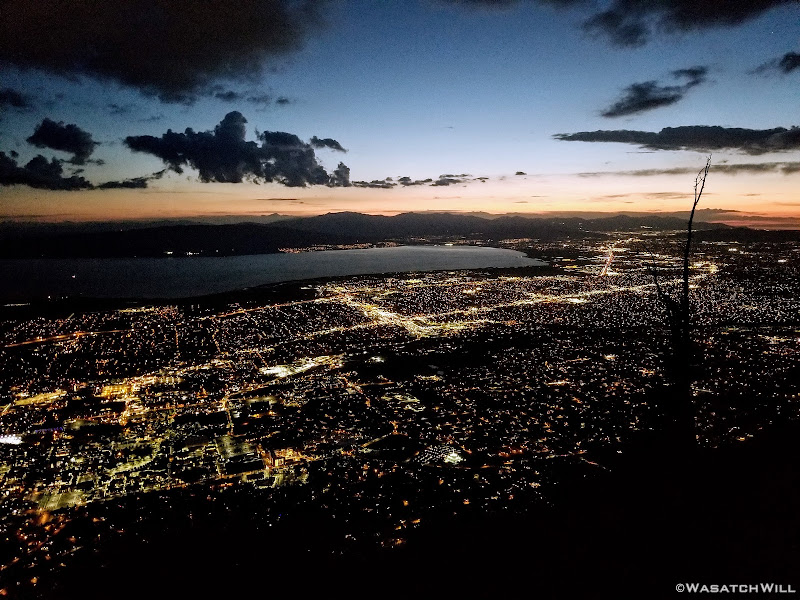 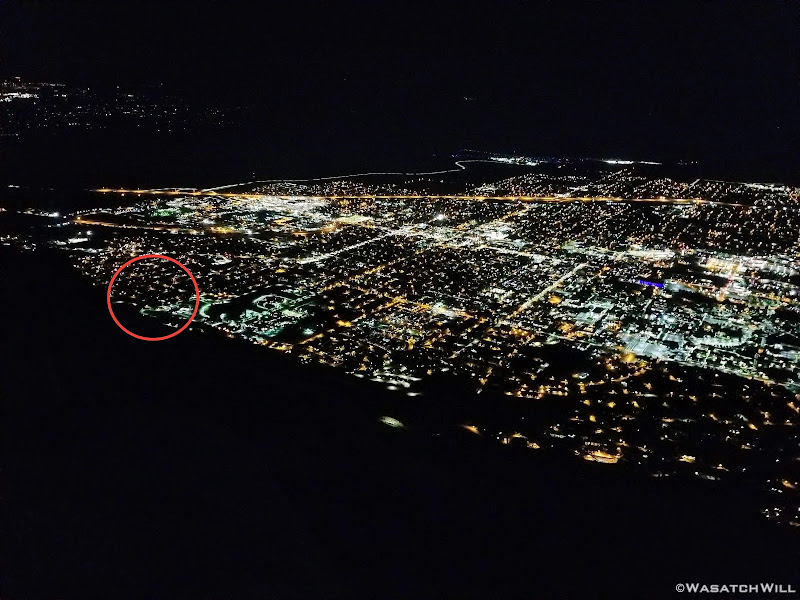 Our house, circled in red

We concluded the evening with a quick little fireside dinner and some s'mores before wrapping it up for the day. 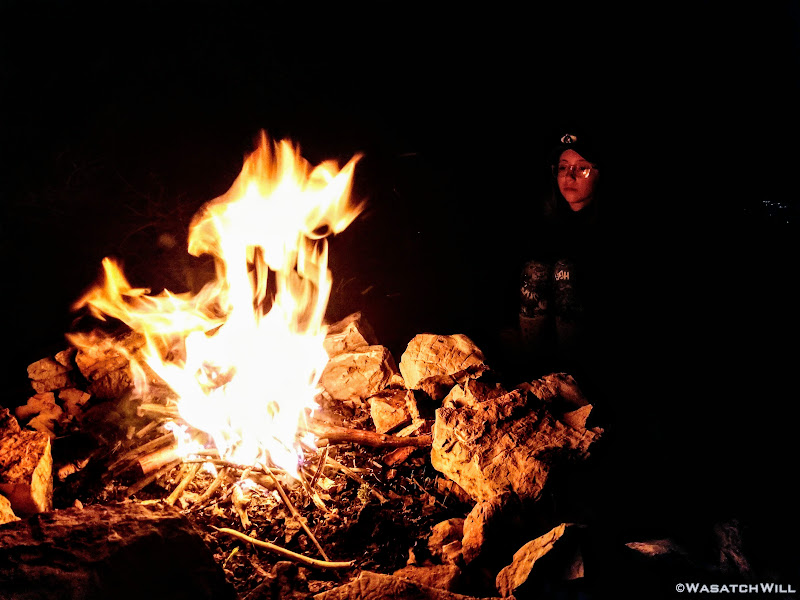 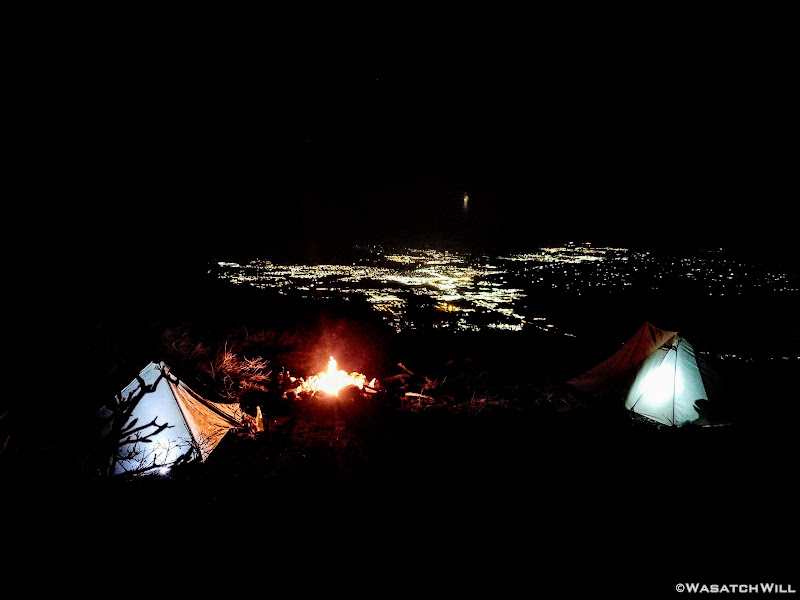 We awoke the next morning to a peaceful bluebird sky. After packing up our tents, we ate breakfast, while soaking in some more of the views all around us. 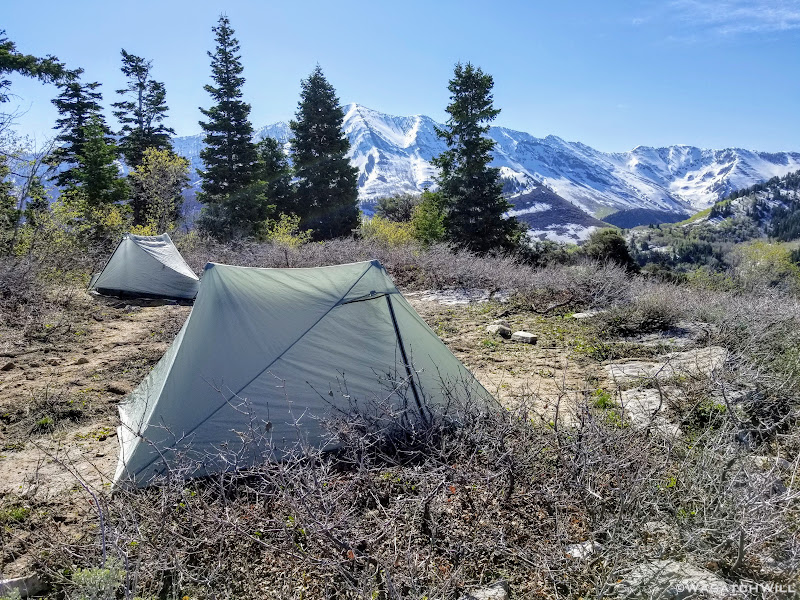 Camp in the morning 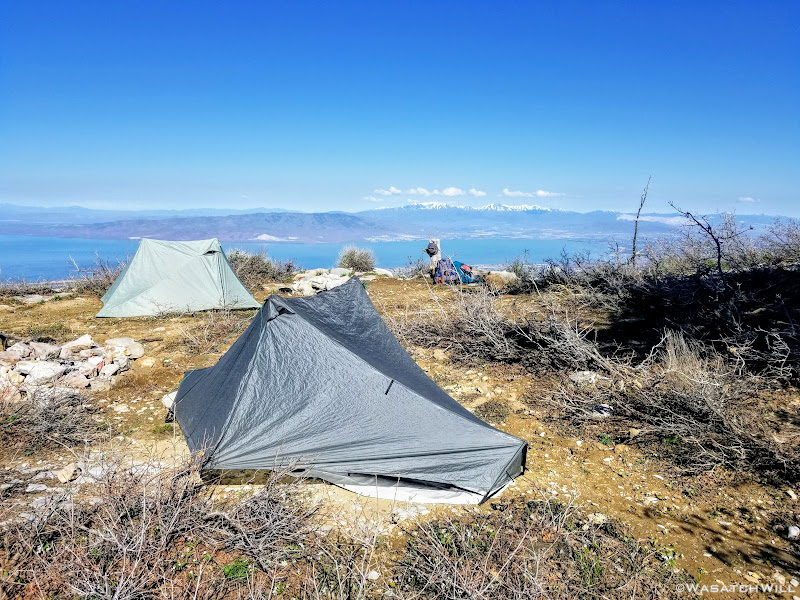 Looking back west from the other side of camp 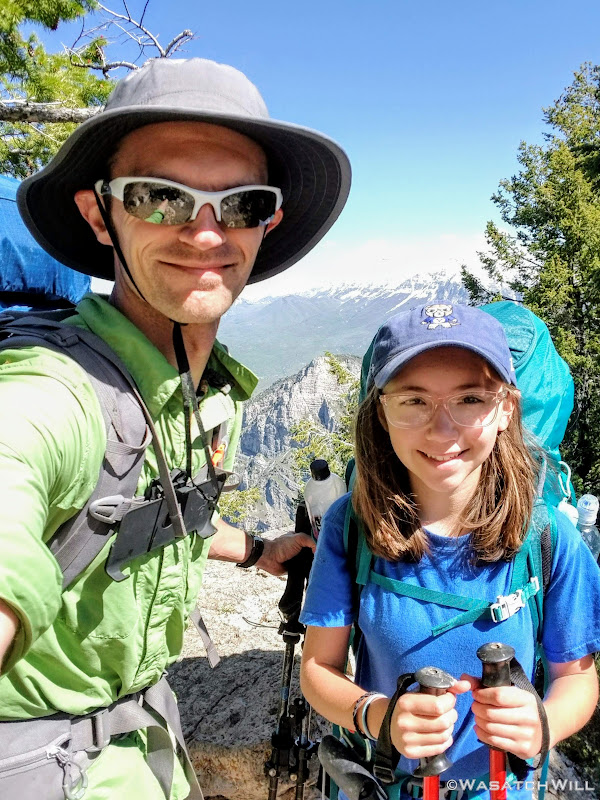 We had plans with the rest of the family to go to the local waterpark that afternoon, so we were pretty eager to get back down the trail, so down we went. 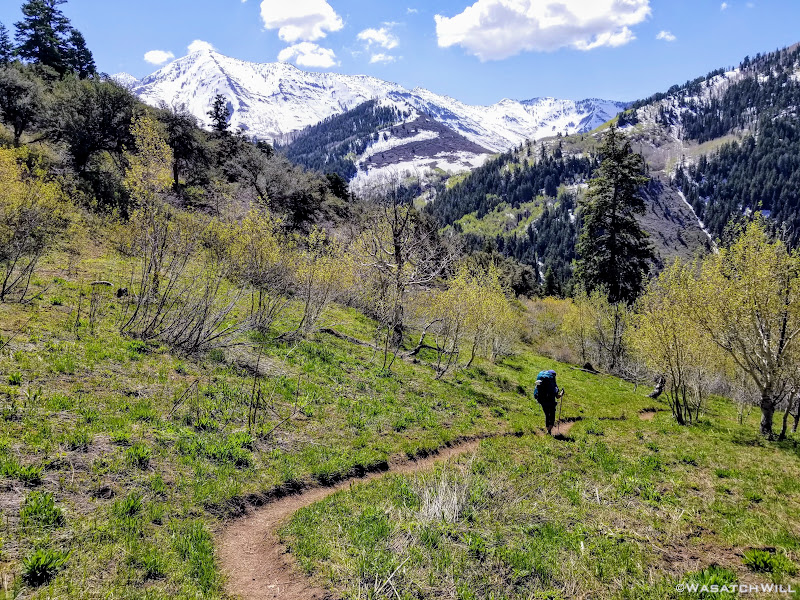 Willow making her way back down the trail 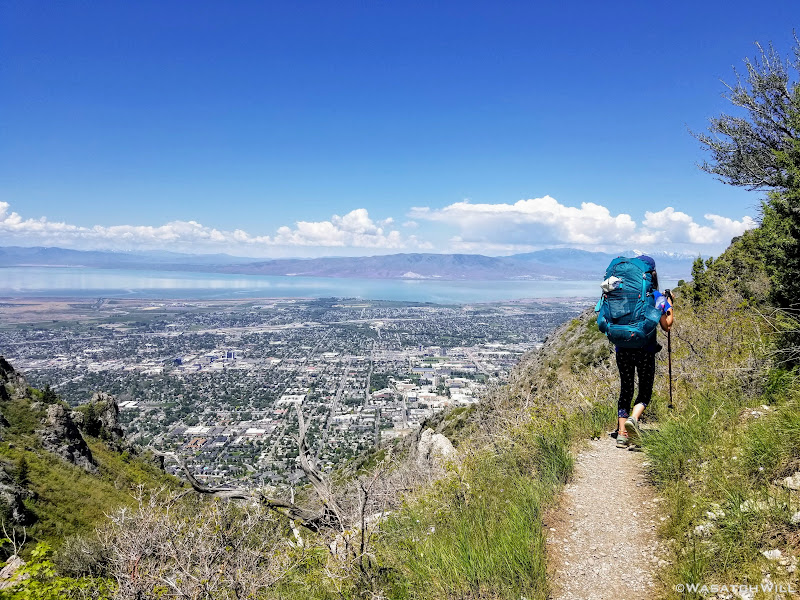 The valley comes back into view 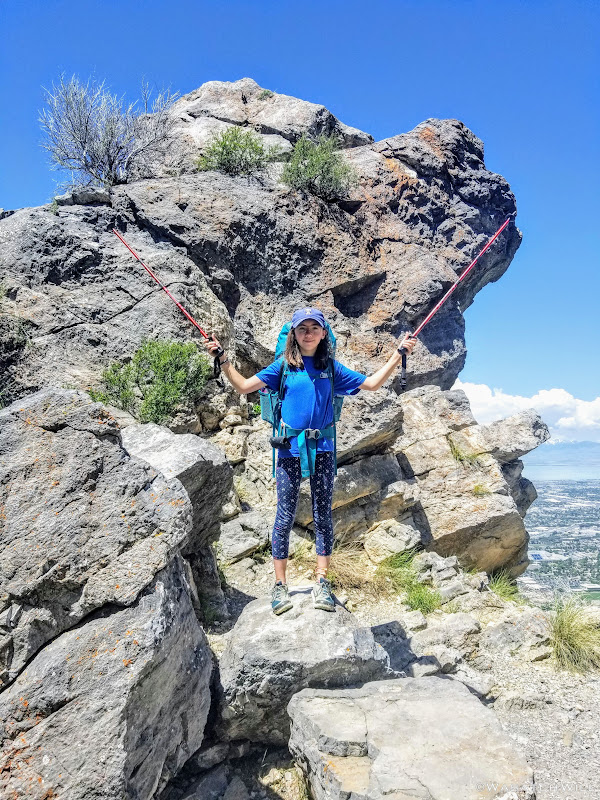 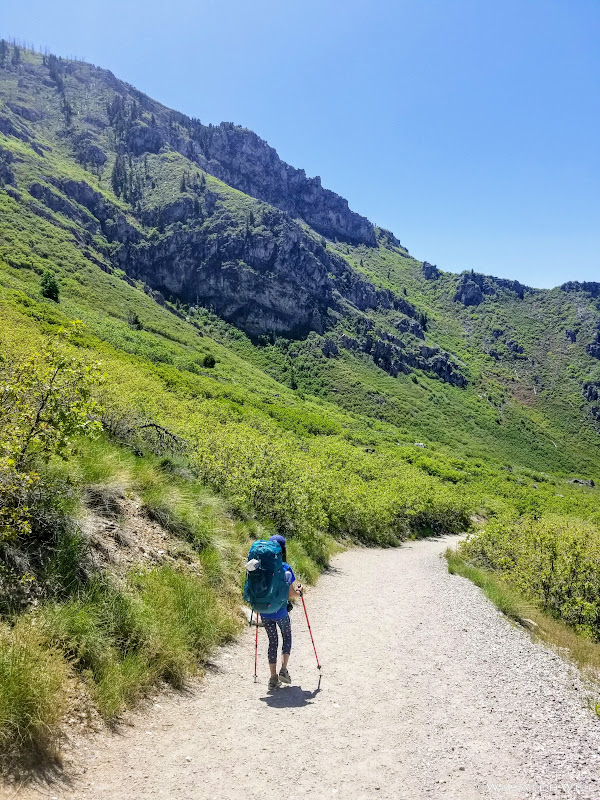 Into the switchbacks down the Y trail 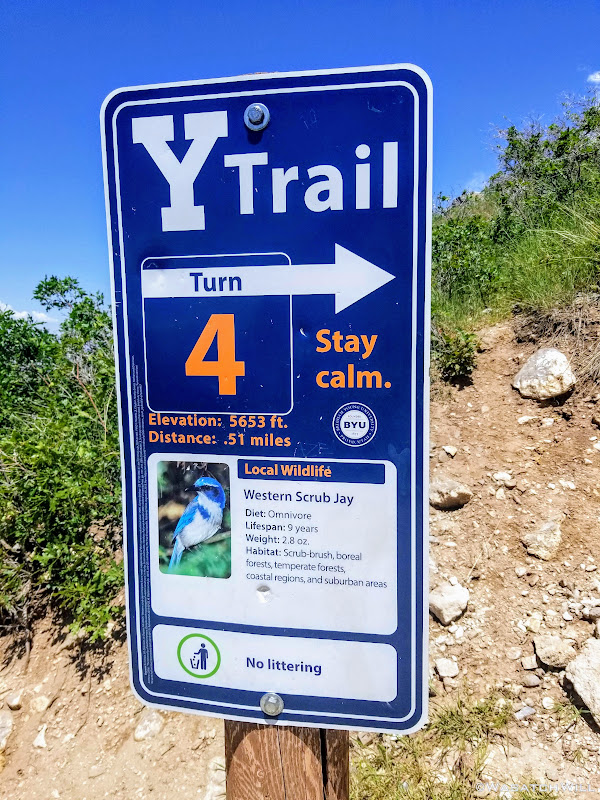 When I asked Willow if she had a place she wanted to go for our post-hike meal, she brought up Five Guys, at the recommendation of one of her friends. It had been years since I'd actually eaten there, so I obliged and we indulged. 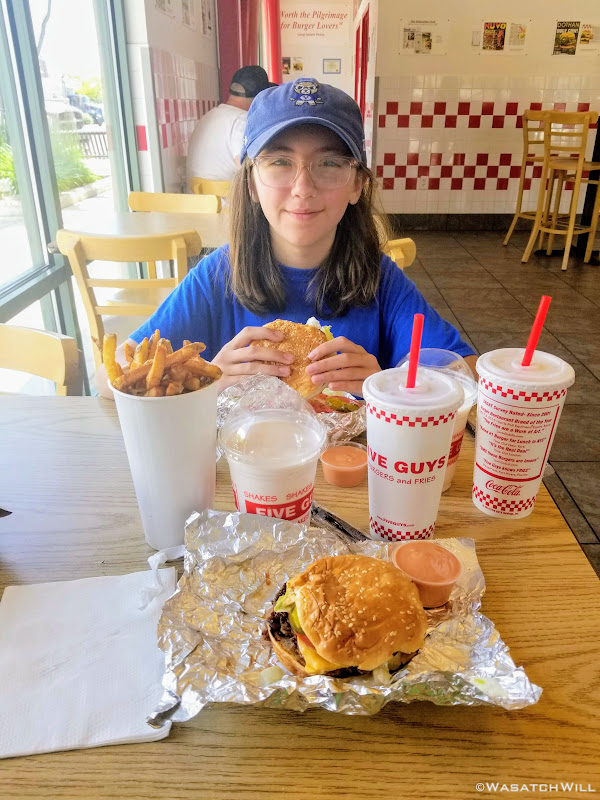 It had been another successful father-child outing. Willow was a champ with all the extra gain and going the extra mile to get to where we had camped, all with her pack the whole way.

what a great trip, and so close to home as well. I love the night view from above!!!
I love all your trips with your kids. So many memorable moments
http://yvonnebaurphoto.smugmug.com/

Love the photo of you and Willow. Kudos to her for tacking on the extra mileage!

That's impressive, very steep hike, congrats to Willow! How old is she, I forgot? It's awesome, that she decided to keep hiking all the way up, love it.
Those camp views are incredible! Another great report @WasatchWill ! You are kind of getting famous for your camp dinners, so what did you prep for Willow that evening?

Titans said:
That's impressive, very steep hike, congrats to Willow! How old is she, I forgot? It's awesome, that she decided to keep hiking all the way up, love it.
Those camp views are incredible! Another great report @WasatchWill ! You are kind of getting famous for your camp dinners, so what did you prep for Willow that evening?
Click to expand...

She's 12, turning 13 this fall. I introduced her to Mountain House Beef Stroganoff. It was a hit with her.
W

That is a very nice backyard you have
Good on Willow for being willing to do the extra elevation
My trip reports: backpackandbeer.blogspot.com

Love it! Thanks Will and thanks Willow
Art

Love reading about your father-daughter trips. Another adorable daughter! Fabulous sunset photo with the rays directly lighting up her head - just perfect!
You must log in or register to reply here.