A futile attempt at The Long Trail Vermont

I planned on an extended 6 day backpacking trip along the Long Trail in Vermont, starting at the southern end of the trail and hiking as far as Bromley Mtn. I thought I was prepared for this hike but I truly wasn’t. Need to make some adjustments to my kit before heading out again. On the plus side I did get to meet some pretty amazing people on the trail and in camp. And some AT thru hikers. The last 3/4 mile was a 1000 foot drop on large rocks and that’s what did me in. Took me an hour to make the descent. It was an 1100 foot climb up to the next shelter and I was beat so I thumbed a ride into Bennington, called my wife, and drove the 2 hours to come pick me up. (The descent takes the trail to a road crossing of Rt. 9, hence the hitchike) 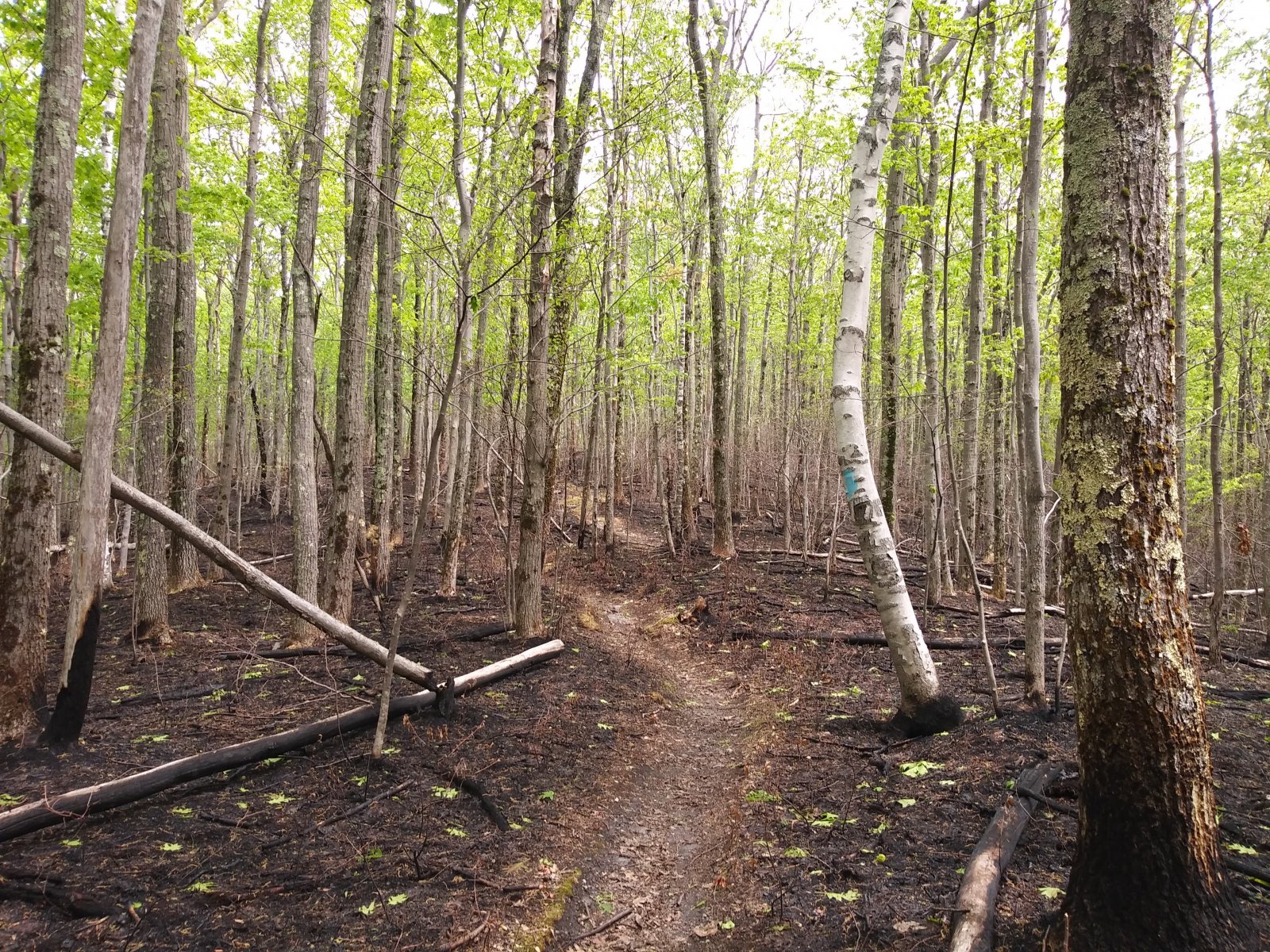 Burn section on the approach trail (Pine Cobble Trail). This burn closed the AT for a short while a week or so ago. 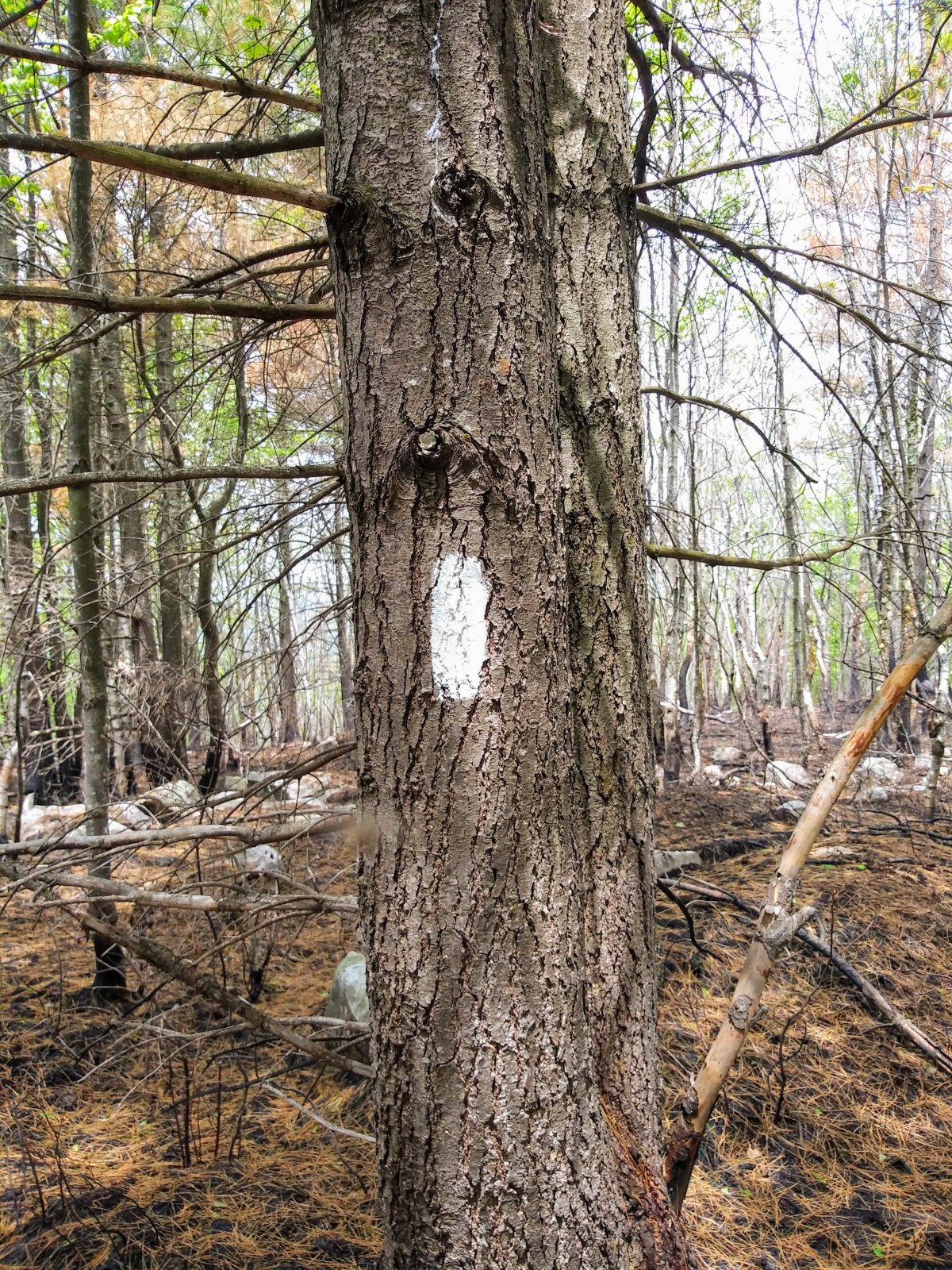 White blaze of the AT 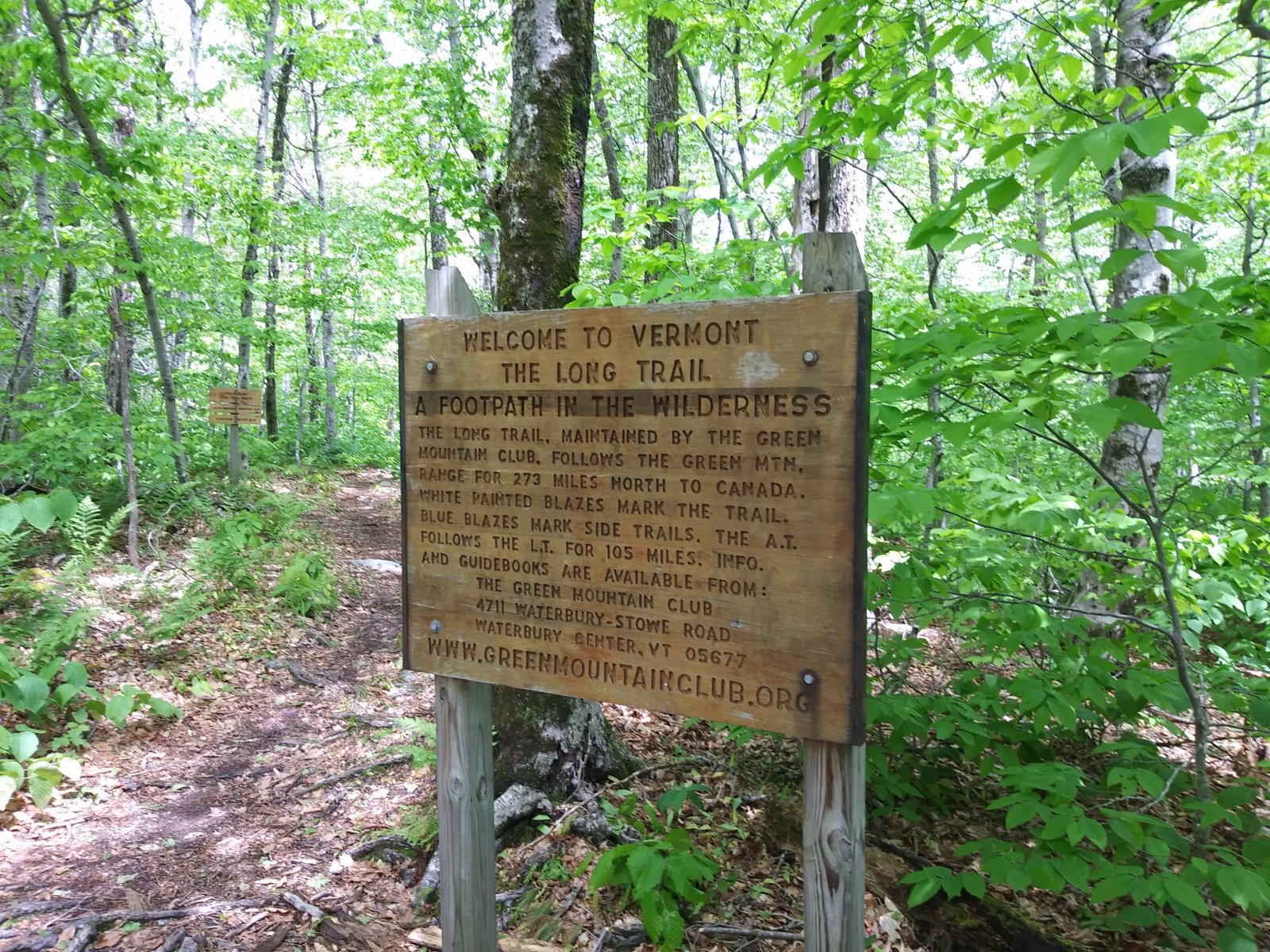 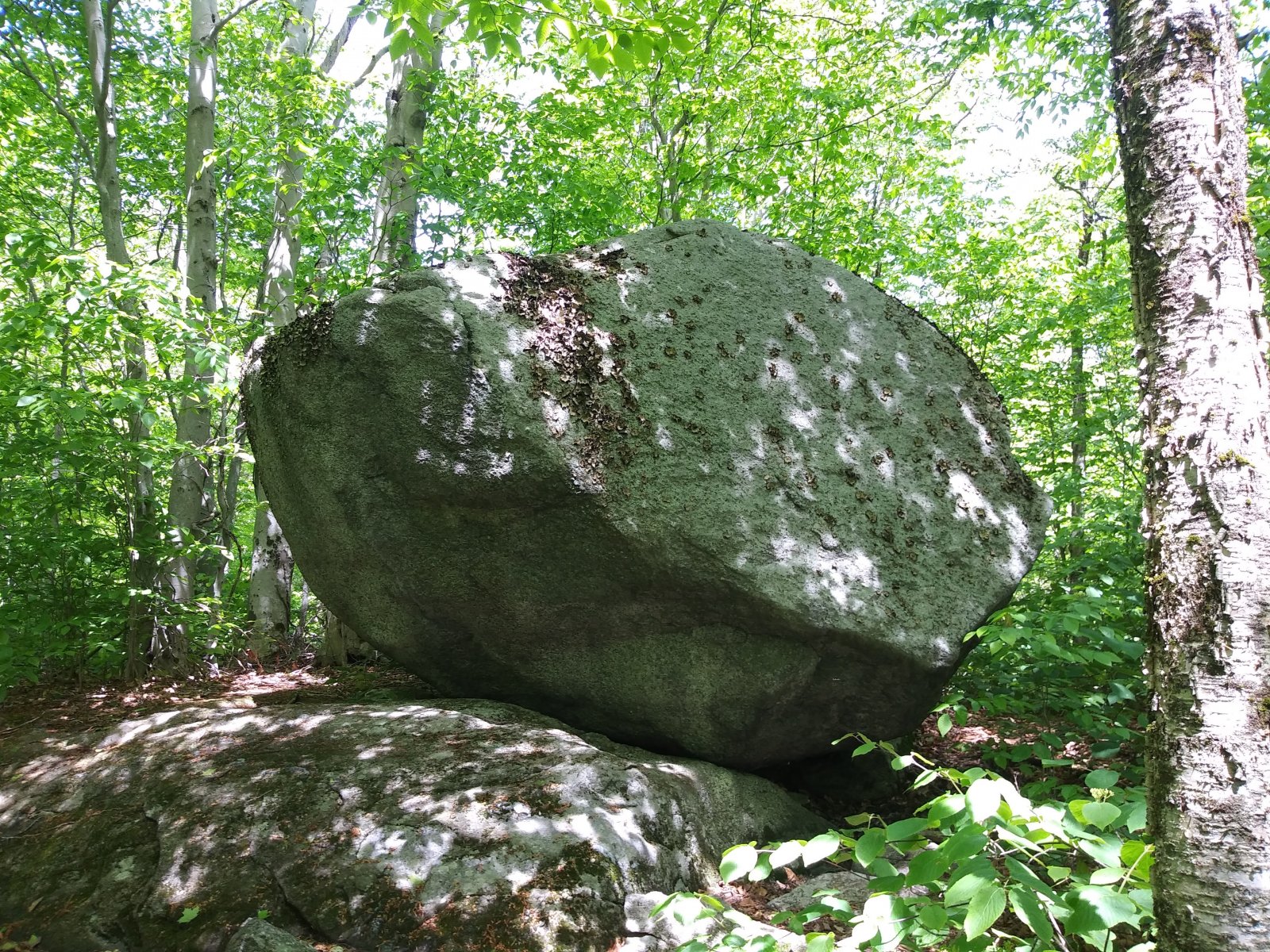 Random erratic boulder along the trail 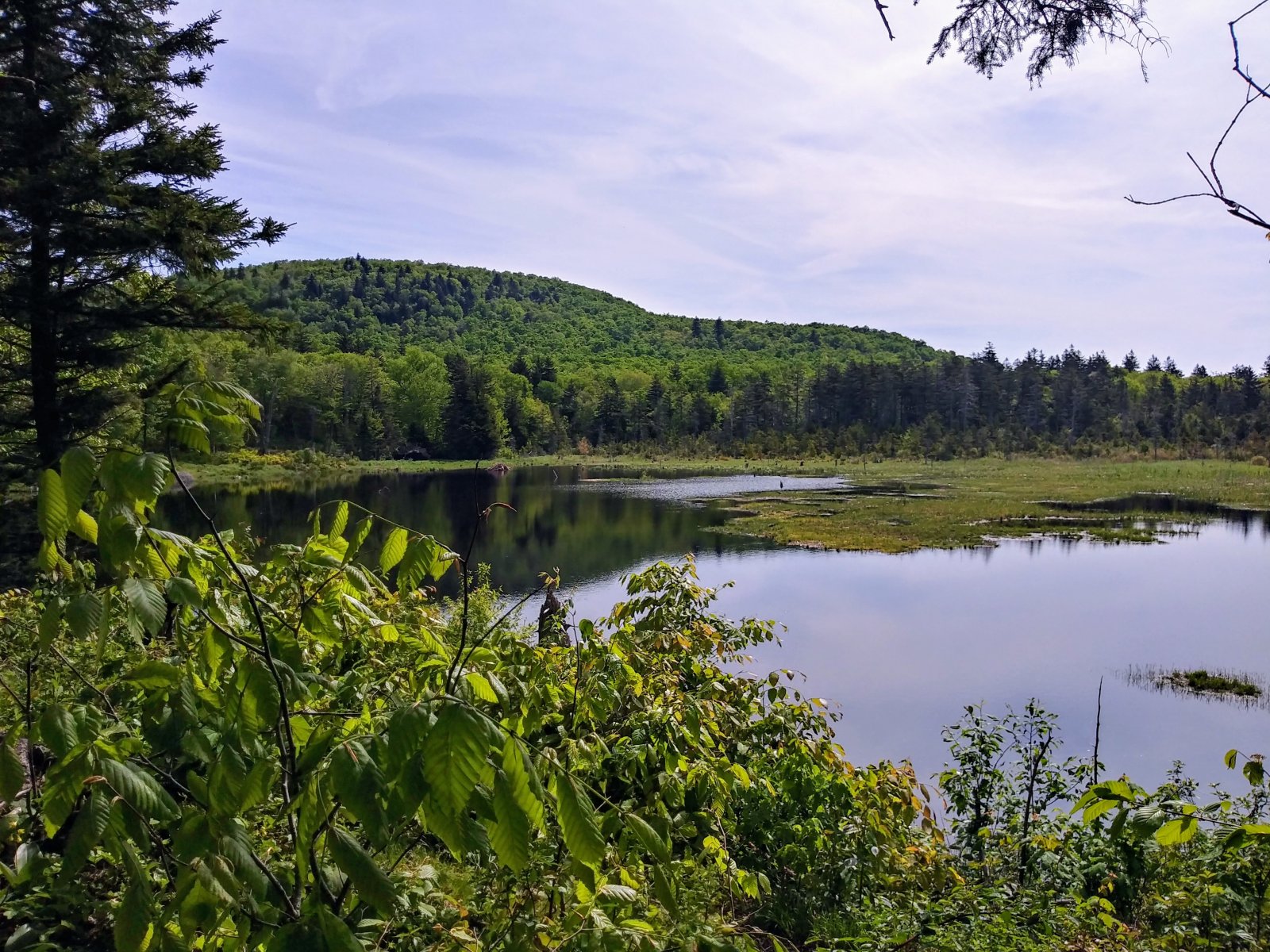 First of two beaver ponds that were along the trail 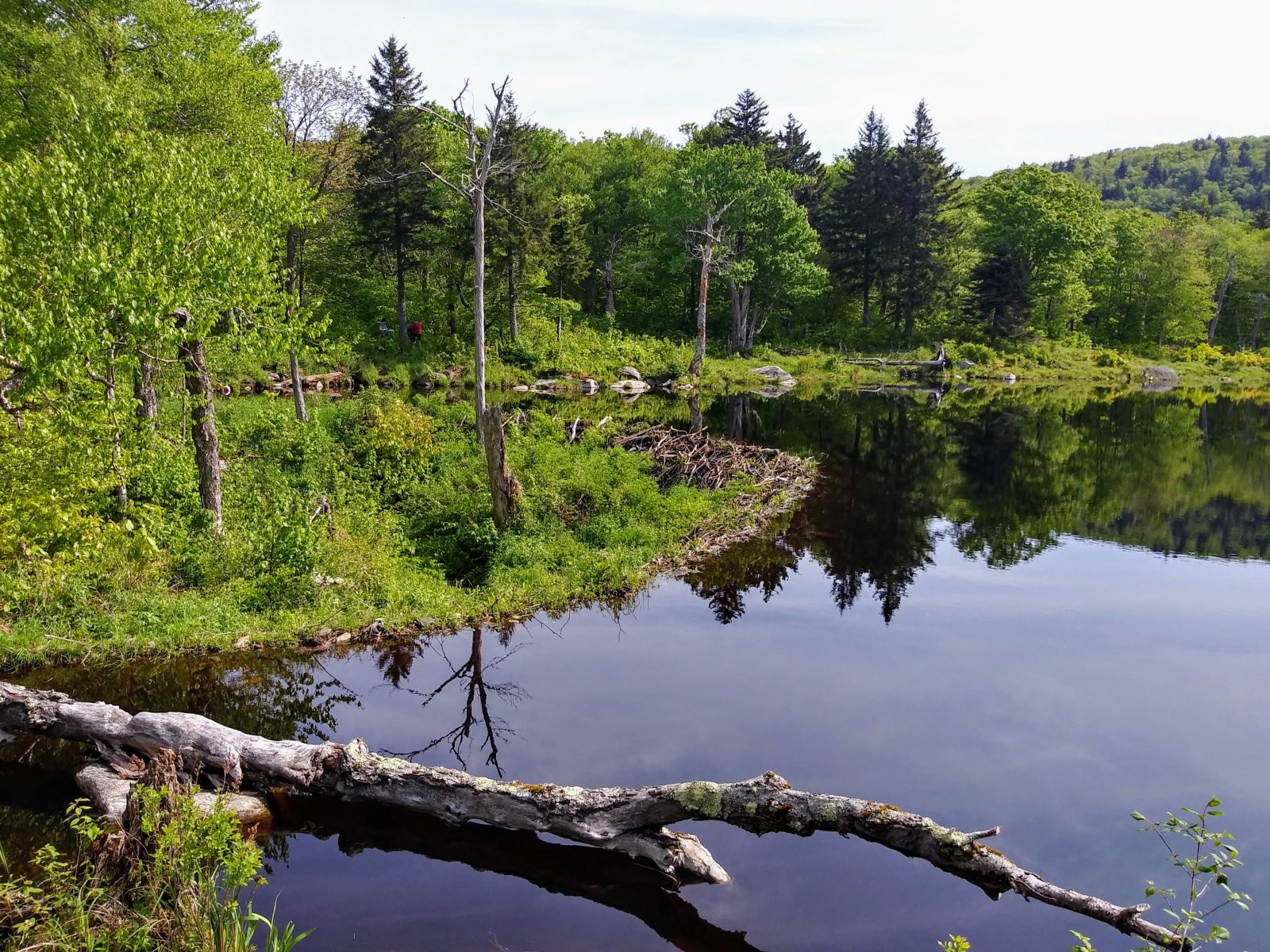 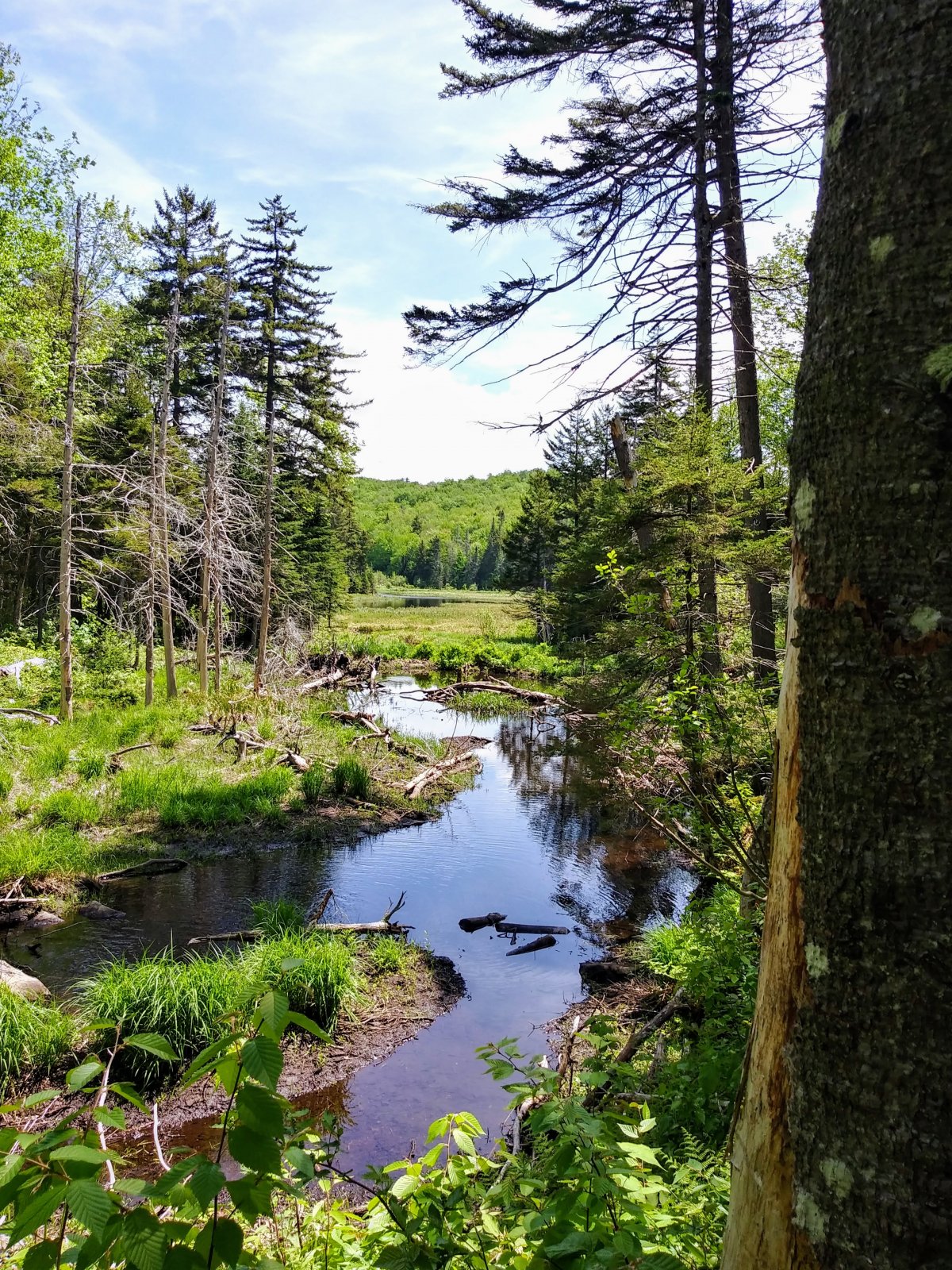 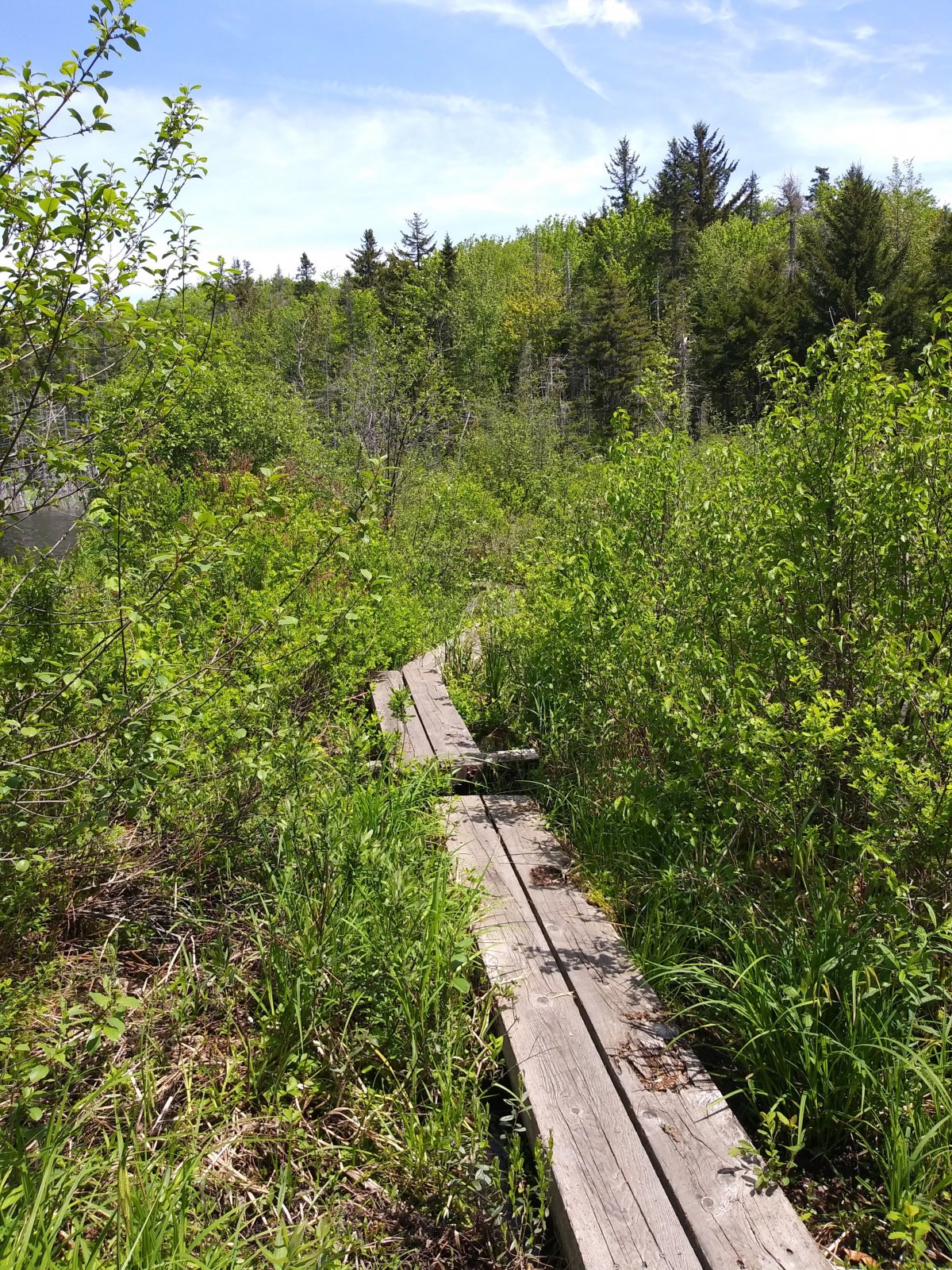 Boardwalk around the second beaver pond 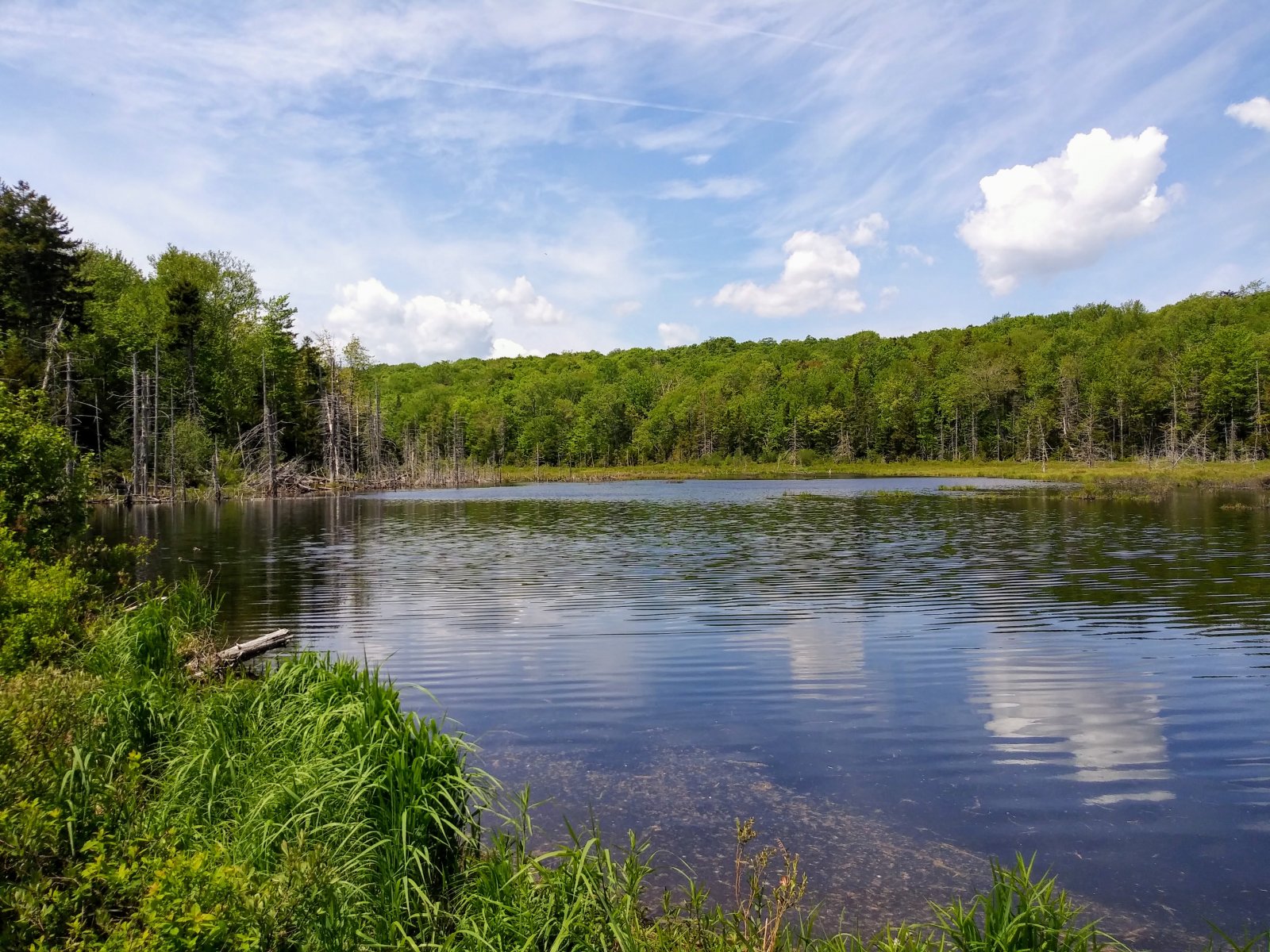 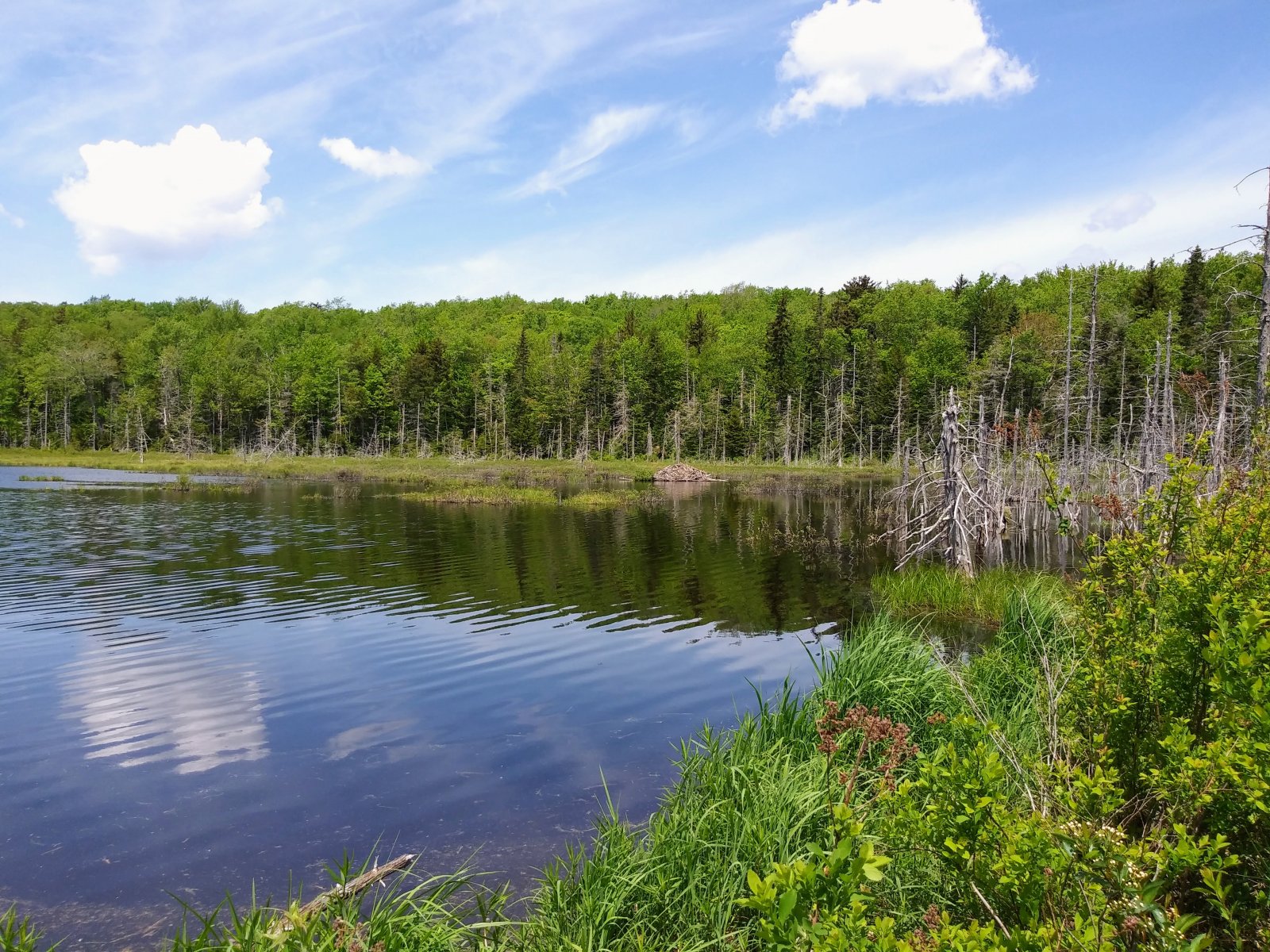 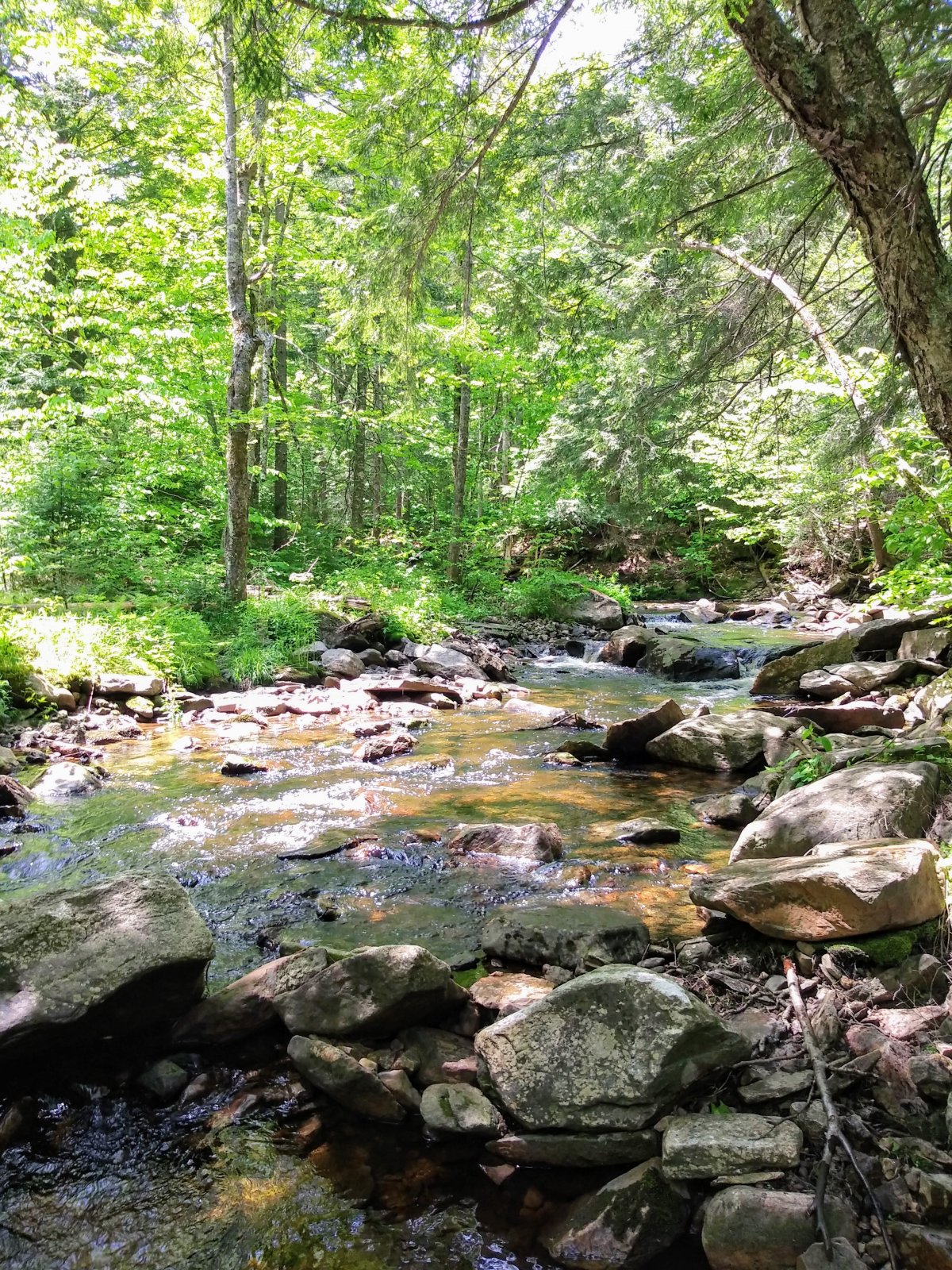 Followed this stream for a while. It was pretty and had lots of small waterfalls. 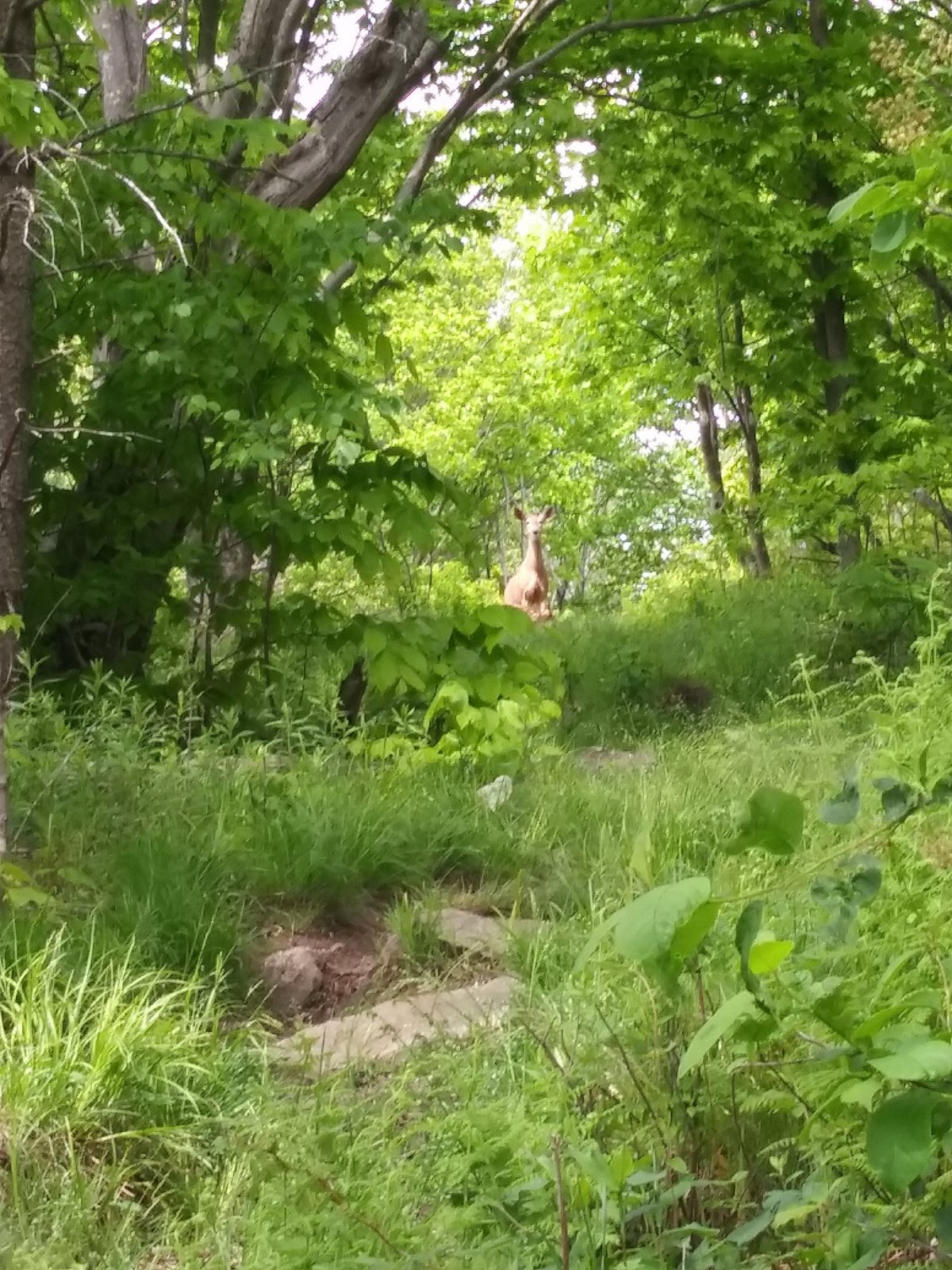 Met this young lady while climbing up Harmon Hill. It’s tough to see but there is a small fawn at her feet. She stood and stared at me for several minutes before bounding off into the trees. 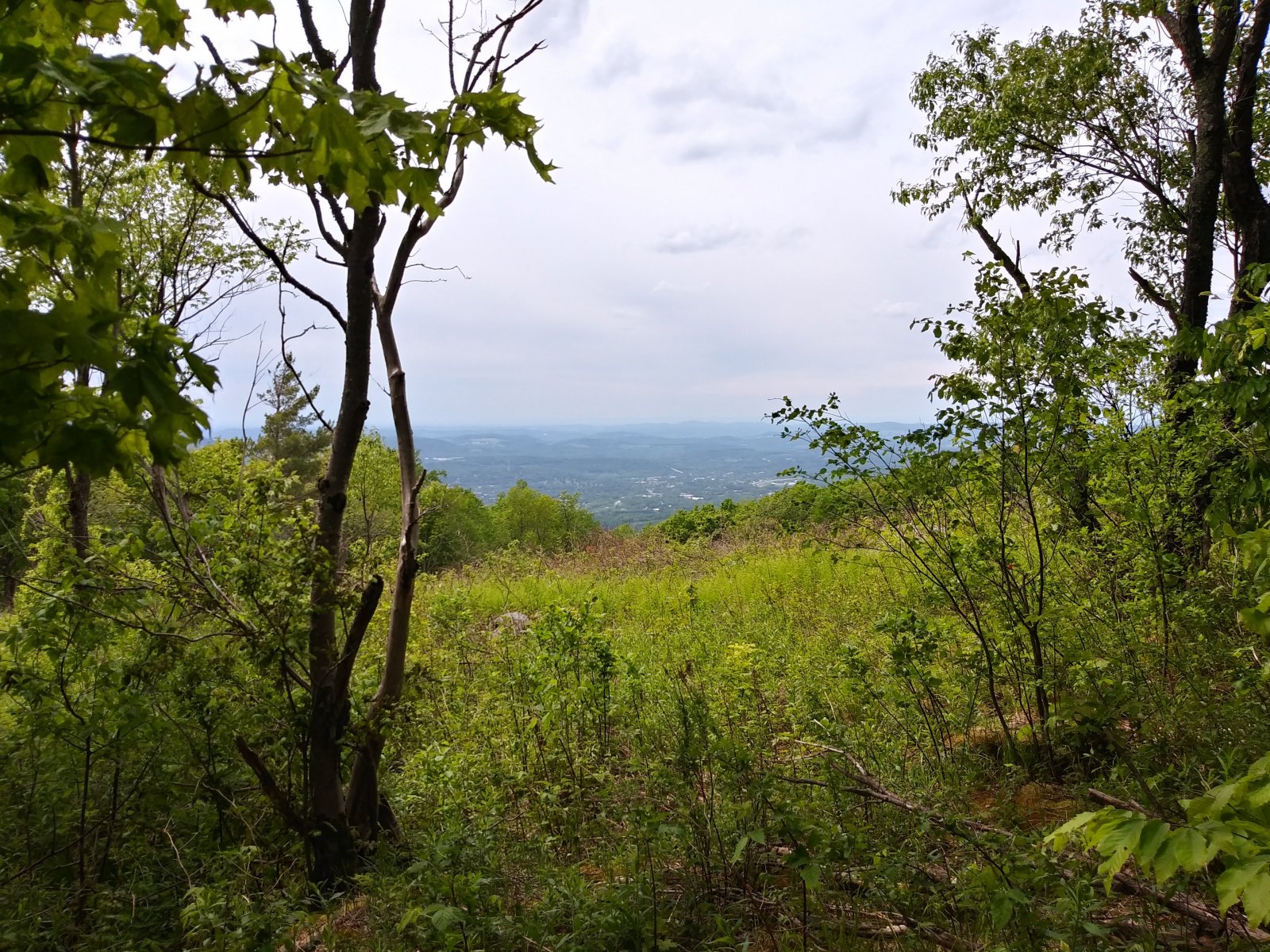 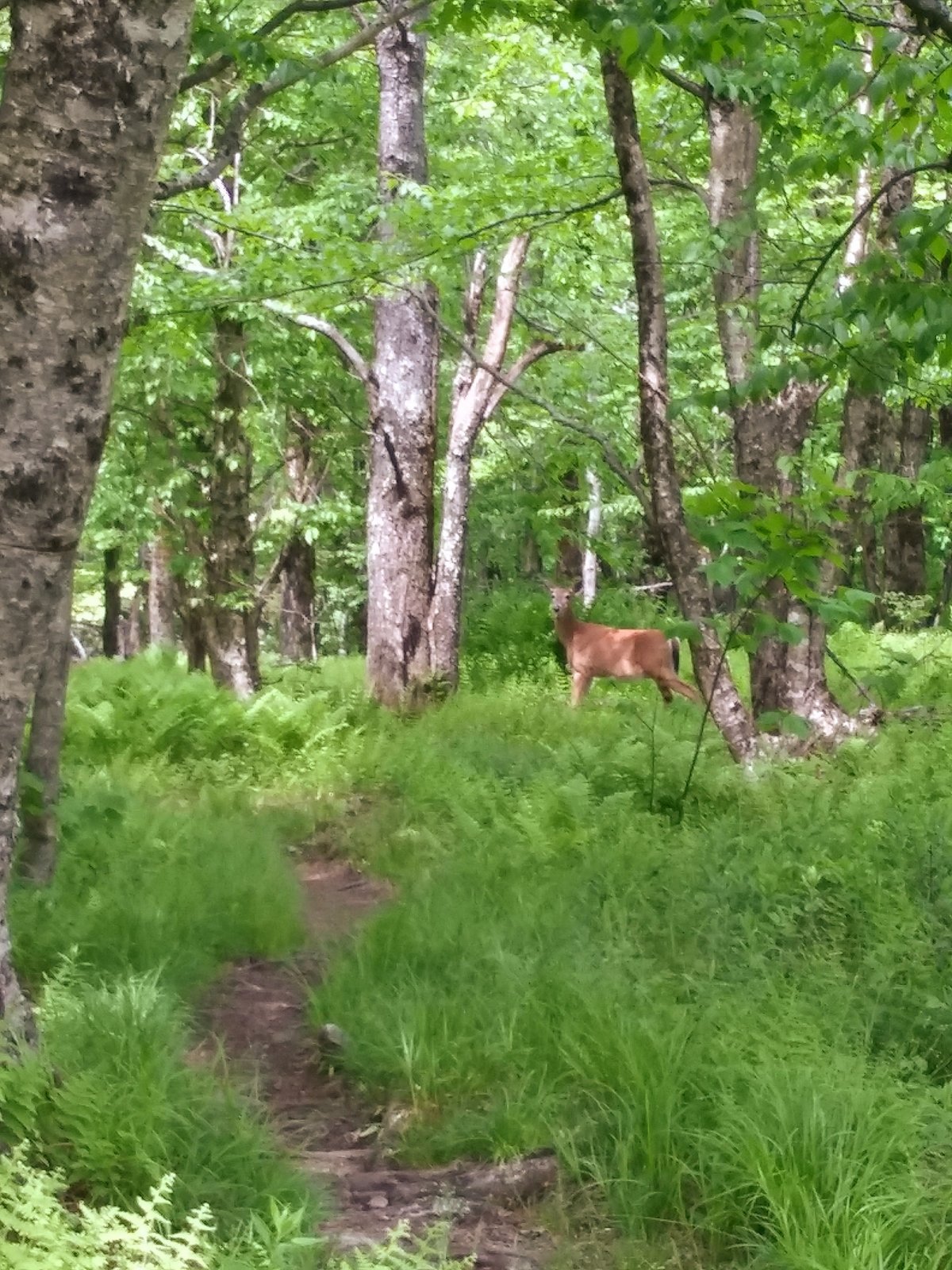 Another deer that I saw just after cresting Harmon Hill. About a mile later I started the steep descent that did me in.

There aren’t many views in this part of the trail, at least not mountain top type views. Much of the time you are in the woods. The trail had some very muddy sections and generally speaking you just had to embrace the suck and walk through. It was a bit humid so if you stopped for any length of time the bugs (black flies and a few mosquitos) found you. Night time was cool, in the 40s, so the bugs were gone by then.

You still got to see some beautiful terrain, as well as test your setup. I had a similar experience on the JMT back in college, terrible timing with the mosquitoes and poor gear choices made it a complete slog. I bailed after ~57 miles, and went climbing instead.

Now if a kilt was part of your kit, I think you would have made it. Enjoyed your report, and remember that any time in the woods is a worthwhile endeavor. But I'm guessing you already knew that.

scatman said:
Now if a kilt was part of your kit, I think you would have made it.
Click to expand...

I may have to seriously consider this!

Great report and lovely photos, thanks for sharing!

That descent down to Rt 9 just about broke me as well. I did it in the pouring rain, everything was slippery and terrible, and it just kept getting colder. By time I got to the shelter on Glastenbury Mtn, I was so chilled that I couldn't untie my shoes. I took off my wet clothes to let them dry overnight... and in the morning they were frozen solid. The Greens don't have the same difficult reputation as the Whites, but they really are no joke. Glad you were able to have a good trip in spite of it.
You must log in or register to reply here.
Similar threads