Headed to Olympic in May for approximately 5 days. Sounds like most of the interior hikes that are appealing will be completely snowed in, so I'm thinking about 3 days/2 nights in Enchanted Valley, and then some type of beach trip. I've seen suggestions in this forum, but we may only have 1 night for the beach. Everyone seems to rave about Rialto, though I'm concerned how crowded it may be.

Day 1: Hike to Enchanted Valley
Day 2: Day Hike up Anderson Pass as far as snow pack will allow
Day 3: Hike back to car. Drive to ??? Beach for camping
Day 4: Hike/camp in ??? Beach area
Day 5: Day Hike and then head back to Seattle

Other than wanting to do the Enchanted Valley, we're open to suggestions. If the weather sucks, we may just do day hikes on the beach and then head inland somewhere. 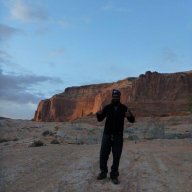 Curious about this too, but I'm going in August. Based on my research so far, 2nd and 3rd beaches are a must.

Here's my trip report from a couple of those places: http://www.edarnell.com/Trips/page32.html

here's mine. http://backcountrypost.com/threads/olympic-np-pacific-coast-rialto-beach-to-ozette-river.5283 you can see Rialto Beach, and the areas accessed from Ozette. When i went Rialto had more people than other areas, but not so many that it could have kept me from enjoying it. On the other hand, Rialto Beach it's self is only about a mile and a half long. You can hike farther up along the coast, but i didn't find that stretch to be quite as scenic as others. There's a lot to see from Ozette. You could go South from La Push (across the river from Rialto), i believe there would be less people, but i've never done it.
i love this site

Thanks for posting those, guys. It's spectacular...cannot wait to explore the Olympic coast. Appreciate the TRs. 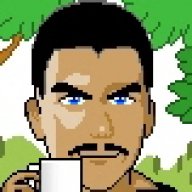 I love love love LOVE the Olympics. Too bad the High Divide area will be likely inaccessible at that point. But here's another vote for Ozette / Alava / Sandpoint. The entire triangle (~10 miles) can be done as a dayhike, but it's fantastic enough to do as an overnighter (SandPoint has fewer people, Yellow Banks fewer still), or even a 2-nighter (can explore north of Alava as far as you want). Totally worth the low mileage as an overnighter.

The south coast can be done as an out&back easier than a thru-hike, from LaPush is probably better/easier than the southern most end (where the tide issues are more problematic). It's about 7 miles one way to Toleak, which is a lot in beach-miles, but there are many other places to camp if you don't get that far. (I think the NPS permitting does not assign/designate specific campsites on most of the coast with the exception of Alava/Sandpoint, but I could be wrong.)

Was wondering if you guys had any recommendations for day hikes when the passes will be open? We are going in August, so I'm assuming everything should be accessible.

Specifically, will have some small kids with us (including mine). Something not too strenuous or crazy.
You must log in or register to reply here.
Similar threads