4 days in the Sawtooths 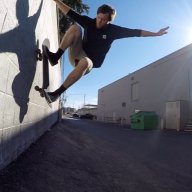 Me and 3 buddies all from Salt Lake planned a trip to the Sawtooths. Drive time was 5 hours, not terrible especially considering the hot springs pit stop. Trail of choice was the Alpine Creek trail located at Alturas Lake.

Click here to view on CalTopo
We are all hammock hangers and found great spots to camp at all the destinations. 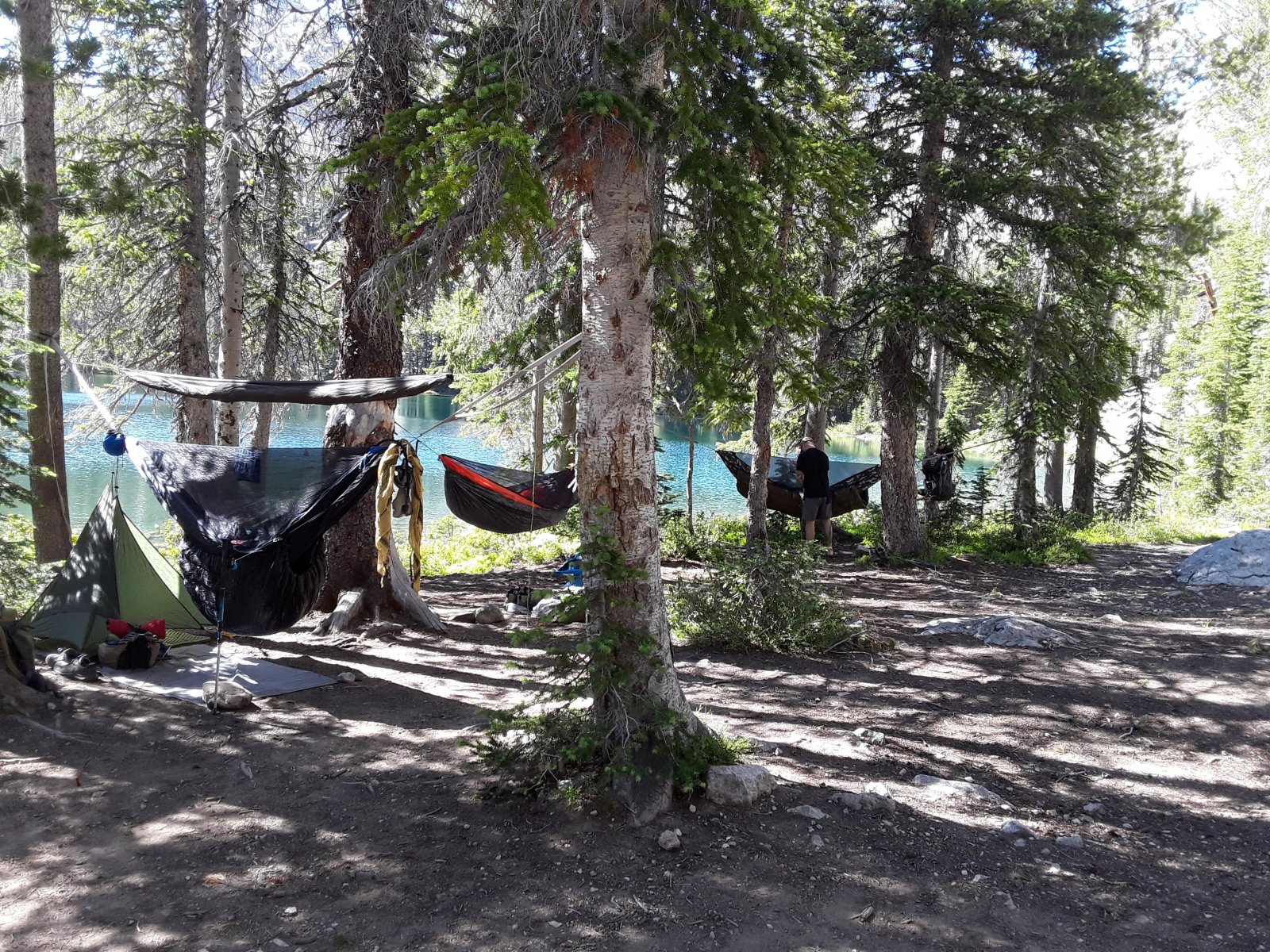 The first lake we camped at (unnamed) had a lot of little artic grayling in it. I spent some time fishing the first evening with no luck getting any bites. 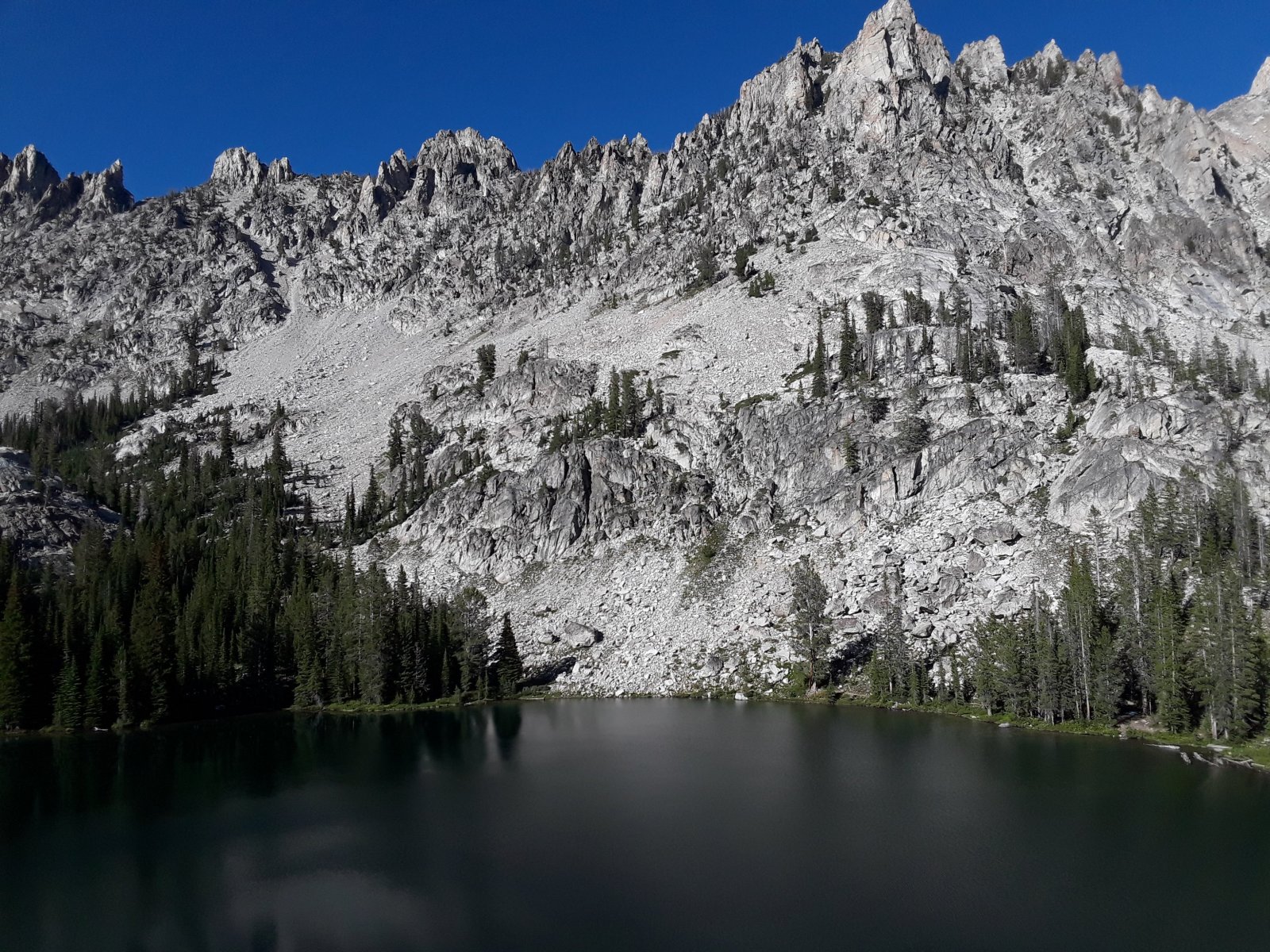 We did some scaling of the adjacent rock butte which was borderline rock climbing. 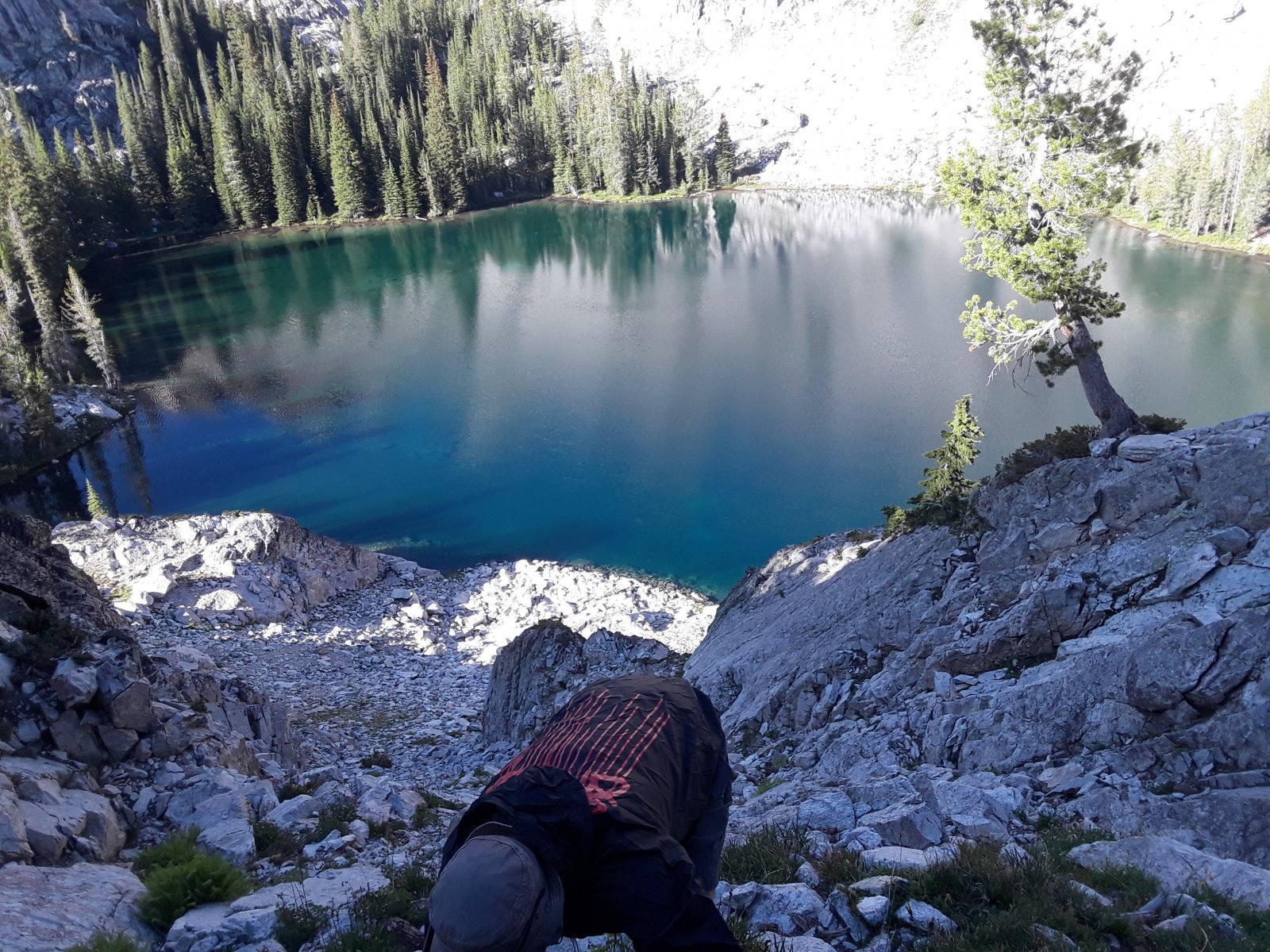 Next day we made it up and over snowyside pass. 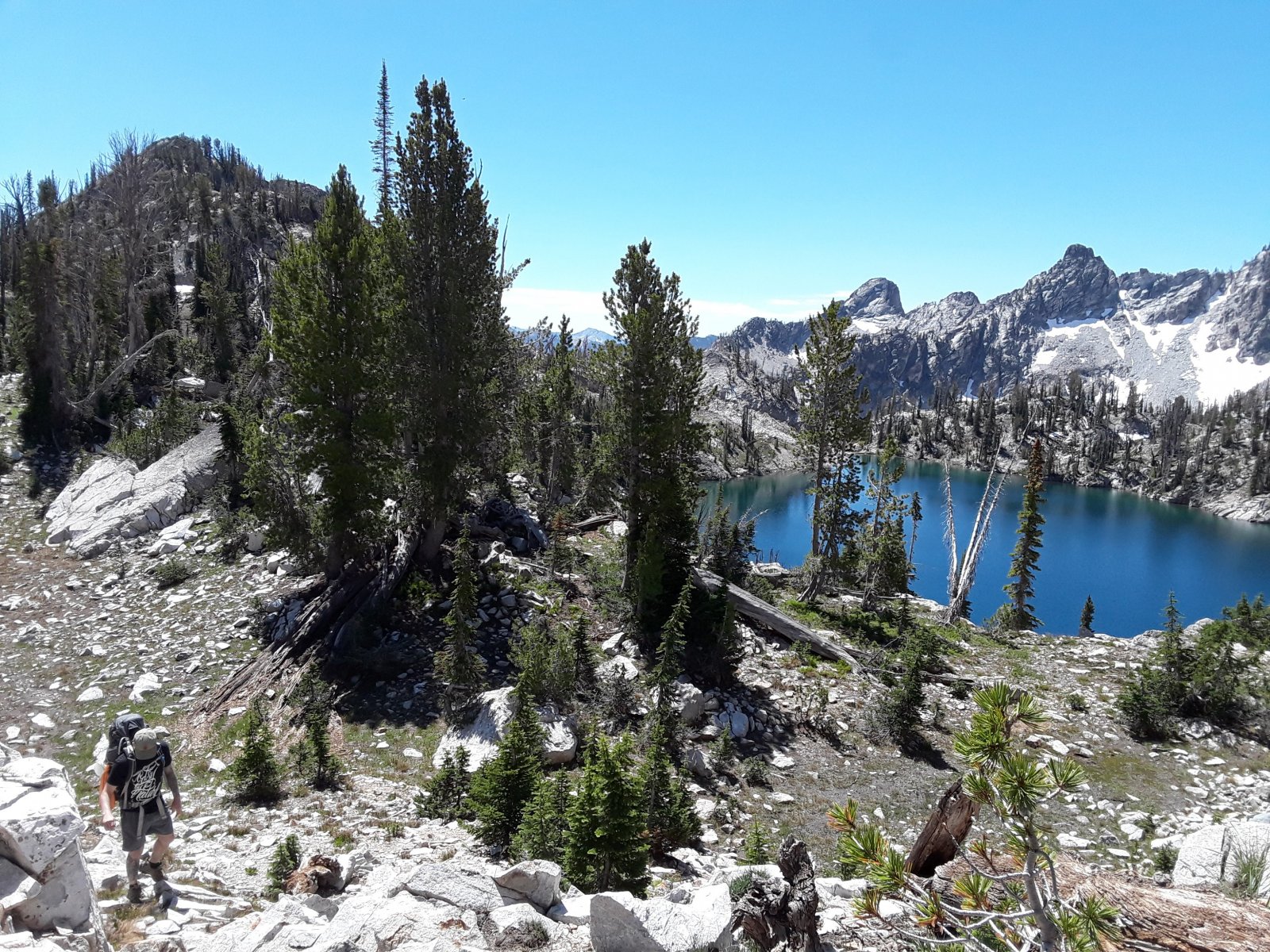 It was not that hard getting up there. We all thought the hard part was over until we peered over the other side and saw nothing but large boulders and loose rock scree fields we had to cross. 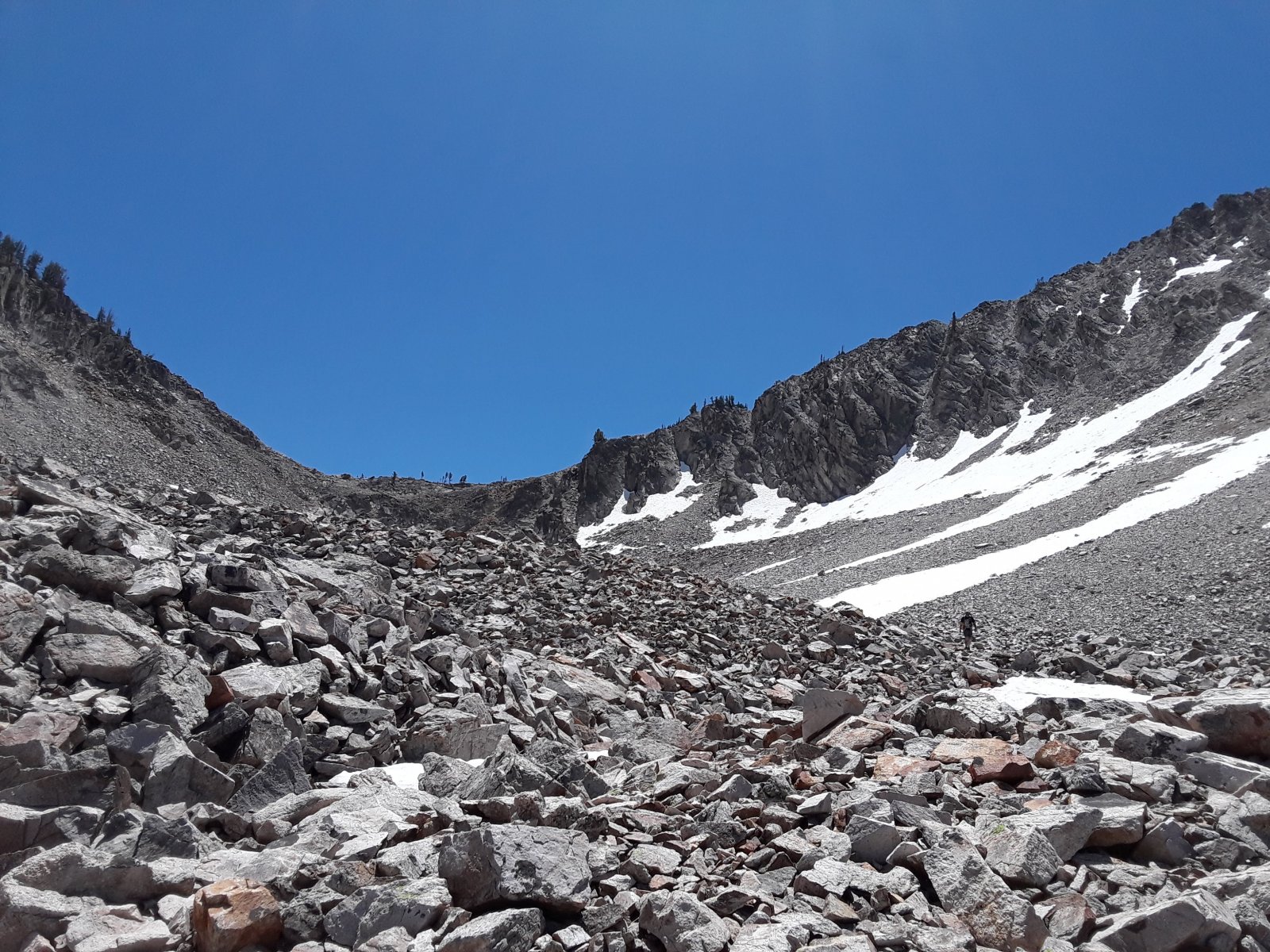 Even my buddies dog Bubba made it over to our next camp, an unamed lake near Heart Lake in the FlyTrip Basin. 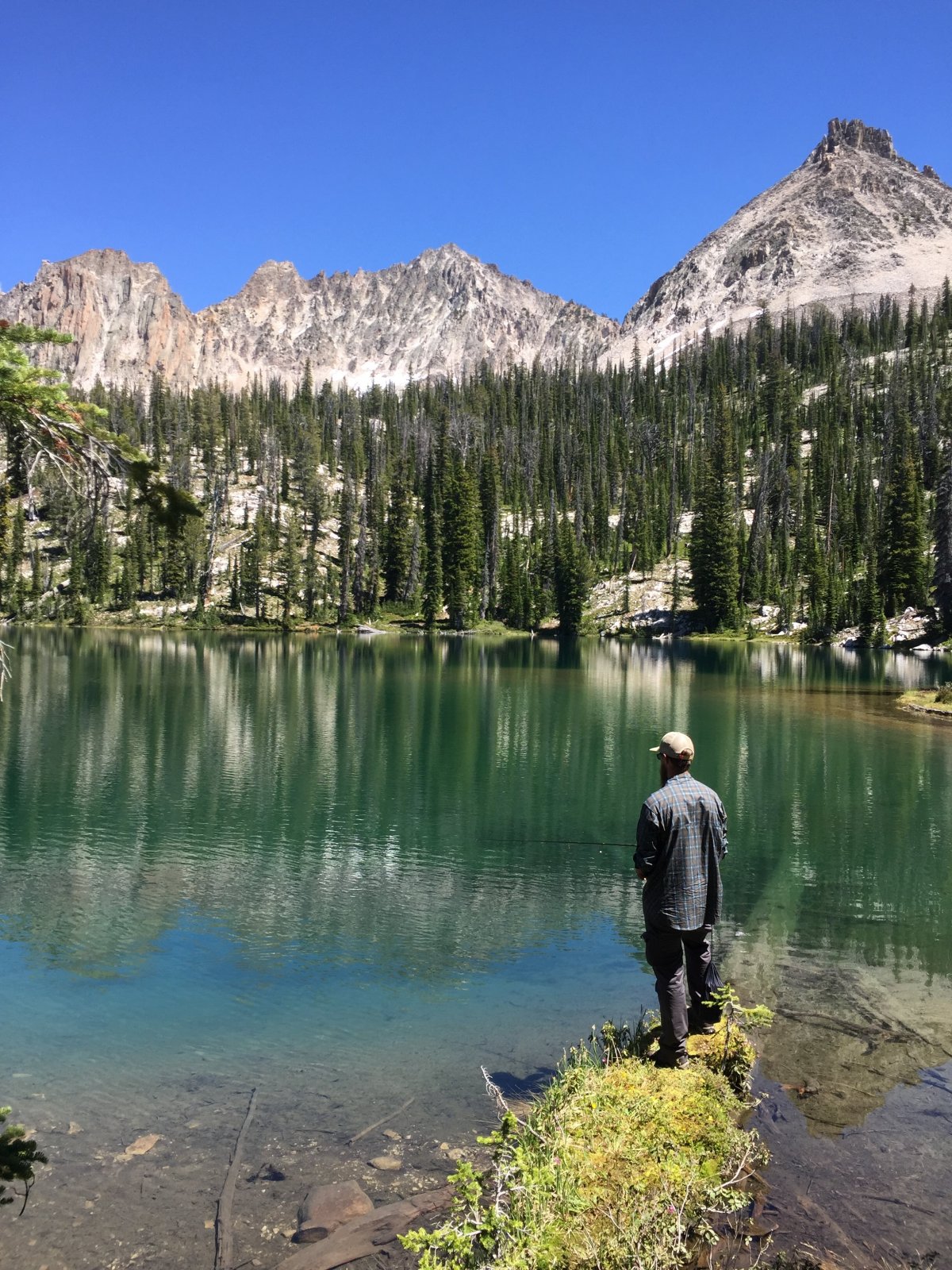 Fishing was plentiful to say the least. I had my Fly Rod and was catching 10-14" Cutthroat all day long. Best fishing I have ever done I think. 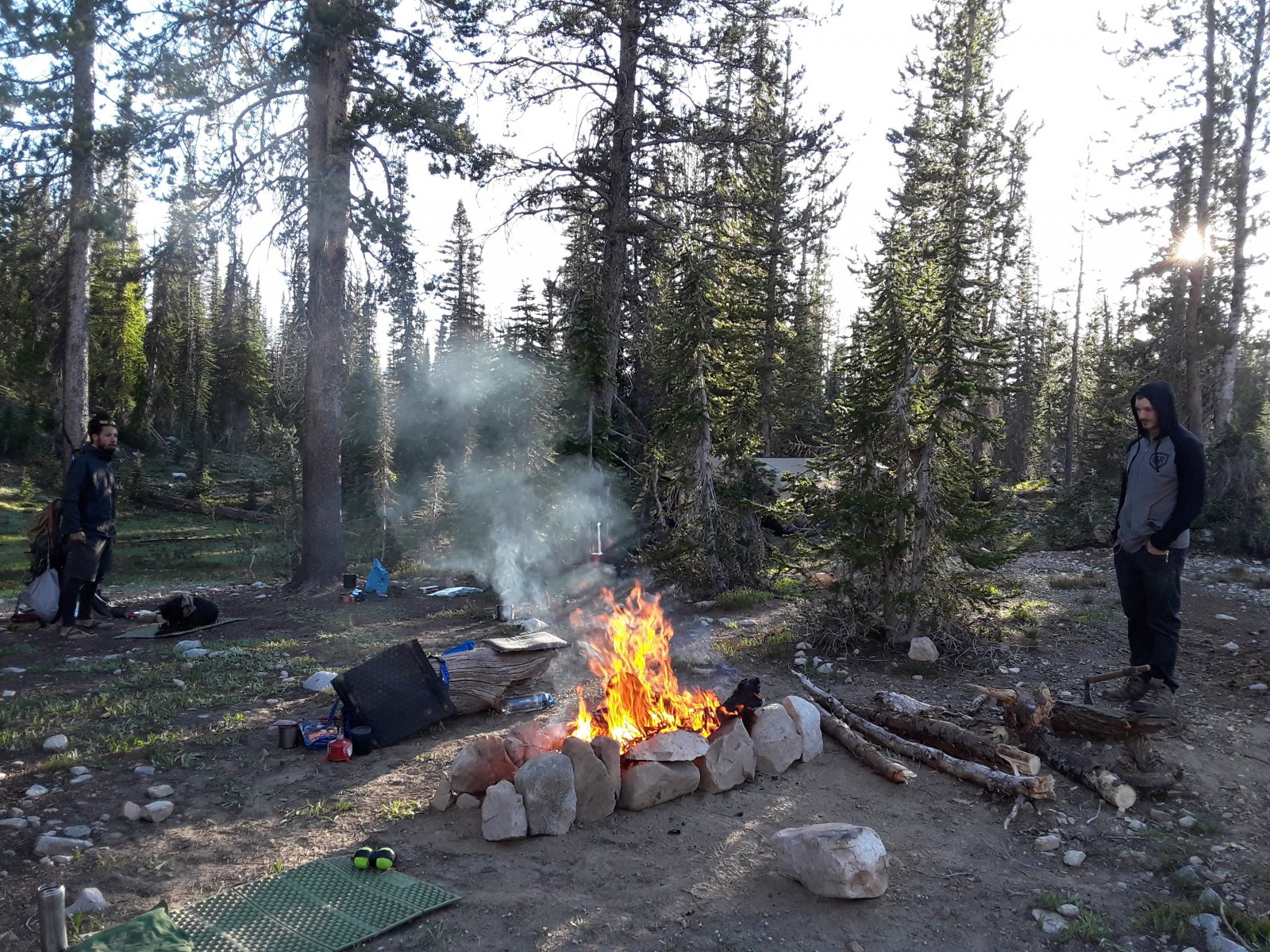 Next day we hiked back over the pass and looped around a different way, camping between some small unnamed lakes. 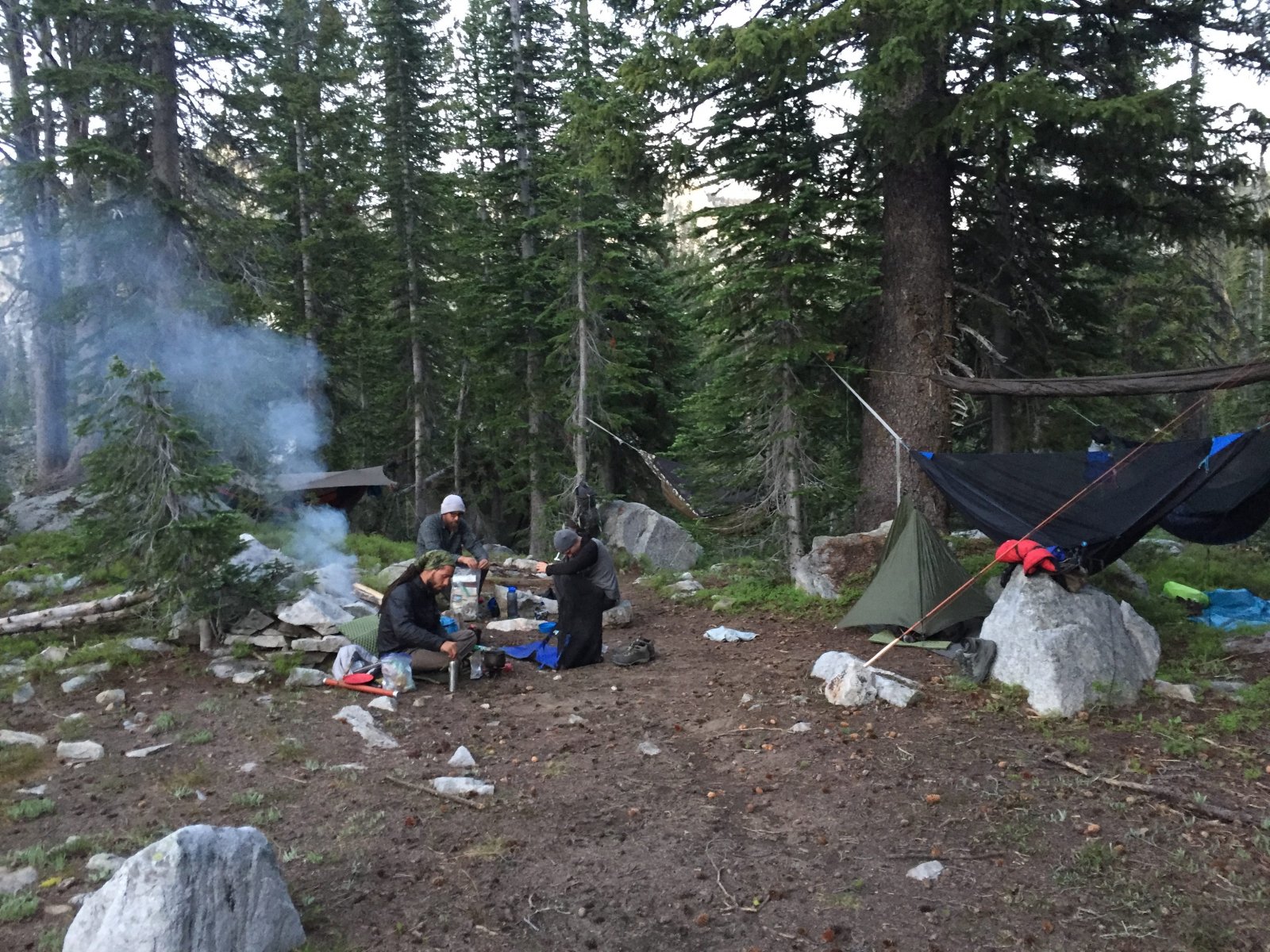 Woke up early the next morning and hike back the Alpine creek trail back out. Stopping off at another hot spring on the way home was a handsome reward. 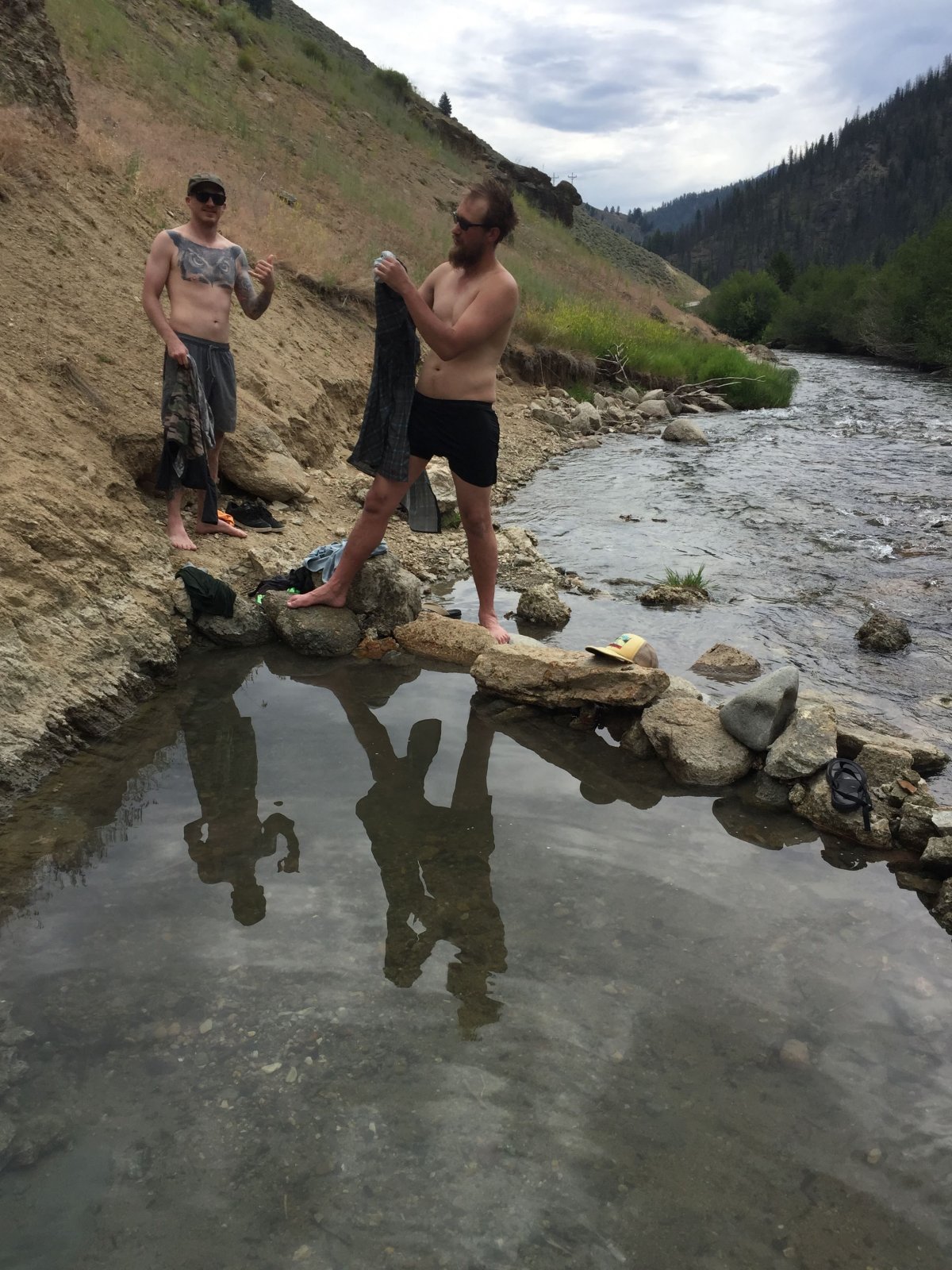 I'm toying with doing a similar route next month. So seeing some pictures of the route to Heart Lake was helpful. Thanks!

That a big rooster tail you got that trout on?
Here we find Nature to be the circumstance which dwarfs every other circumstance, and judges like a god all men that come to her.

I'm toying with doing a similar route next month. So seeing some pictures of the route to Heart Lake was helpful. Thanks!
Click to expand...

Good to hear. We had more ambitious plans but had to scale them down. We originally wanted to do some day trips in Fly Trip, as well as try and summit Alpine Peak for a loop hike. None of that happened. Probably for the better.
Show em that you got 1

Wanderlust073 said:
That a big rooster tail you got that trout on?
Click to expand...

umm.. I'm not sure. That was my buddy fishing his spinner rod. He claims it was a rare $15 lure. All I know is it worked pretty well for him.
Show em that you got 1

Nice trip. I went up over that pass (Snowyside Pass??) in 2017 on an 8 day hike out there, and camped at Heart lake too. Didn't really see much signs of use in that area. Good to see others getting off trail and doing that route. Also had some luck fishing there but not as good as come of the other lakes I fished.
http://seekinglost.com
Youtube
You must log in or register to reply here.
Similar threads