My last day (Wednesday) was under a threat of some rain. The rangers were going to campers in low areas and asking them to move to higher ground. I just wandered around looking to get into some side canyons I saw but they all had steep, slick dryfalls to get into. The day was spent relaxing and going back to Supai to make a phone call to the wife(I got 3g service and good phone reception in the village-Verizon is my carrier). Got a nice tasting Mtn Dew and ice cream just because. From there, it was back to wandering around. 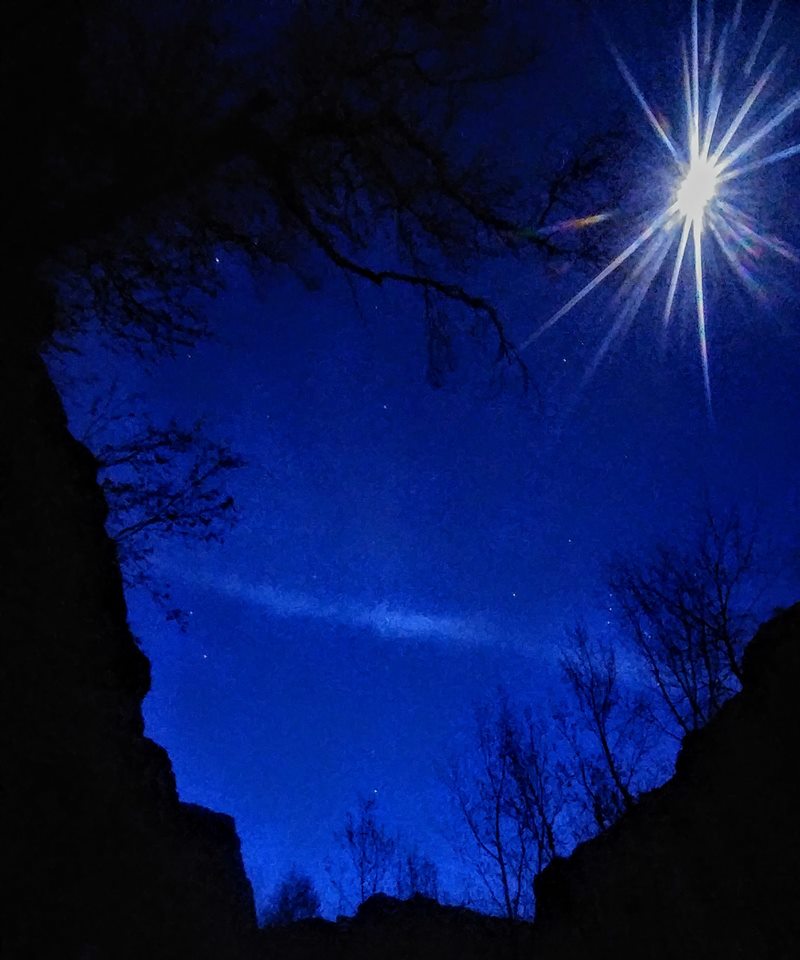 From the top of Havasu Falls. 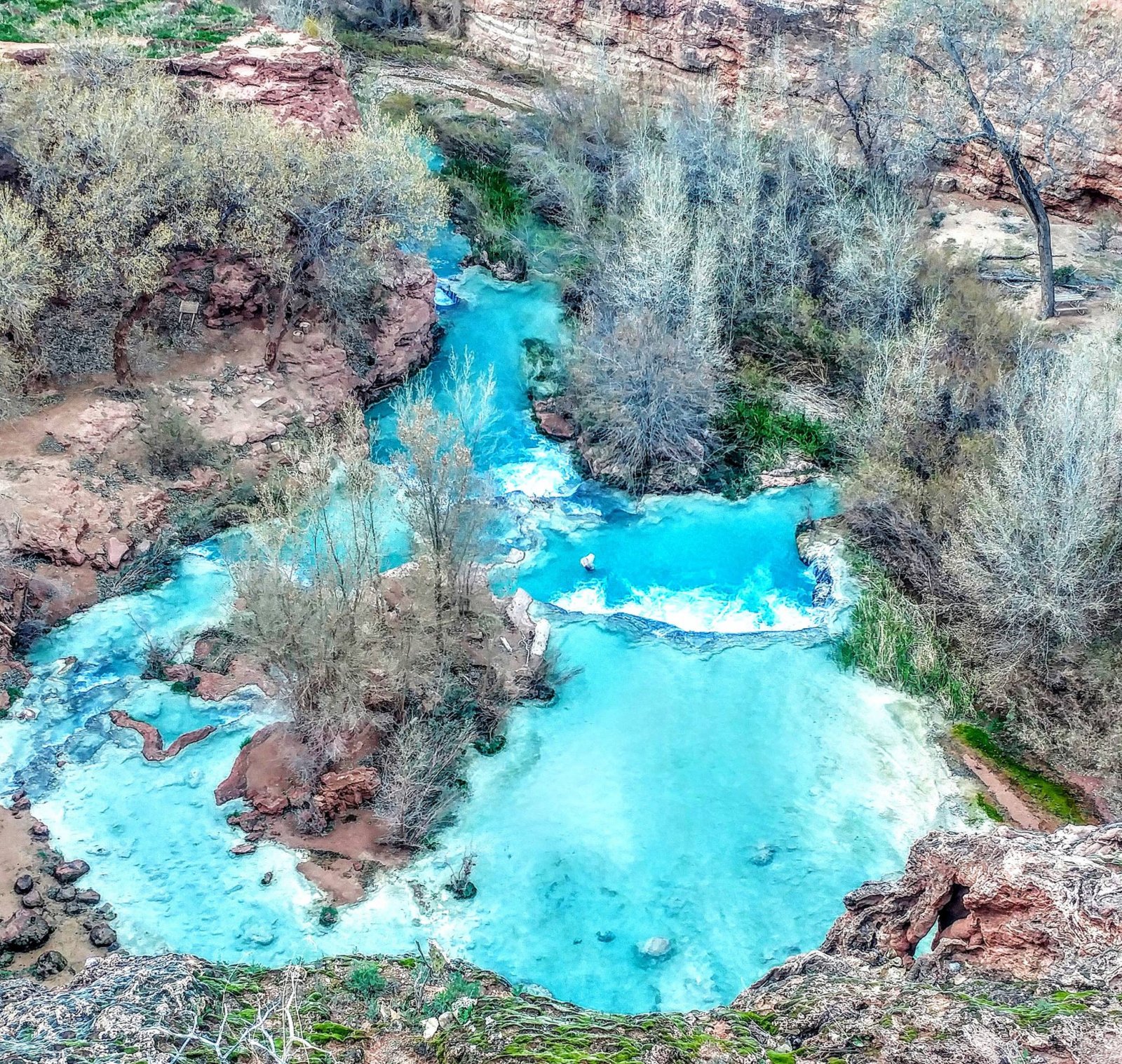 Locals make the best use of materials 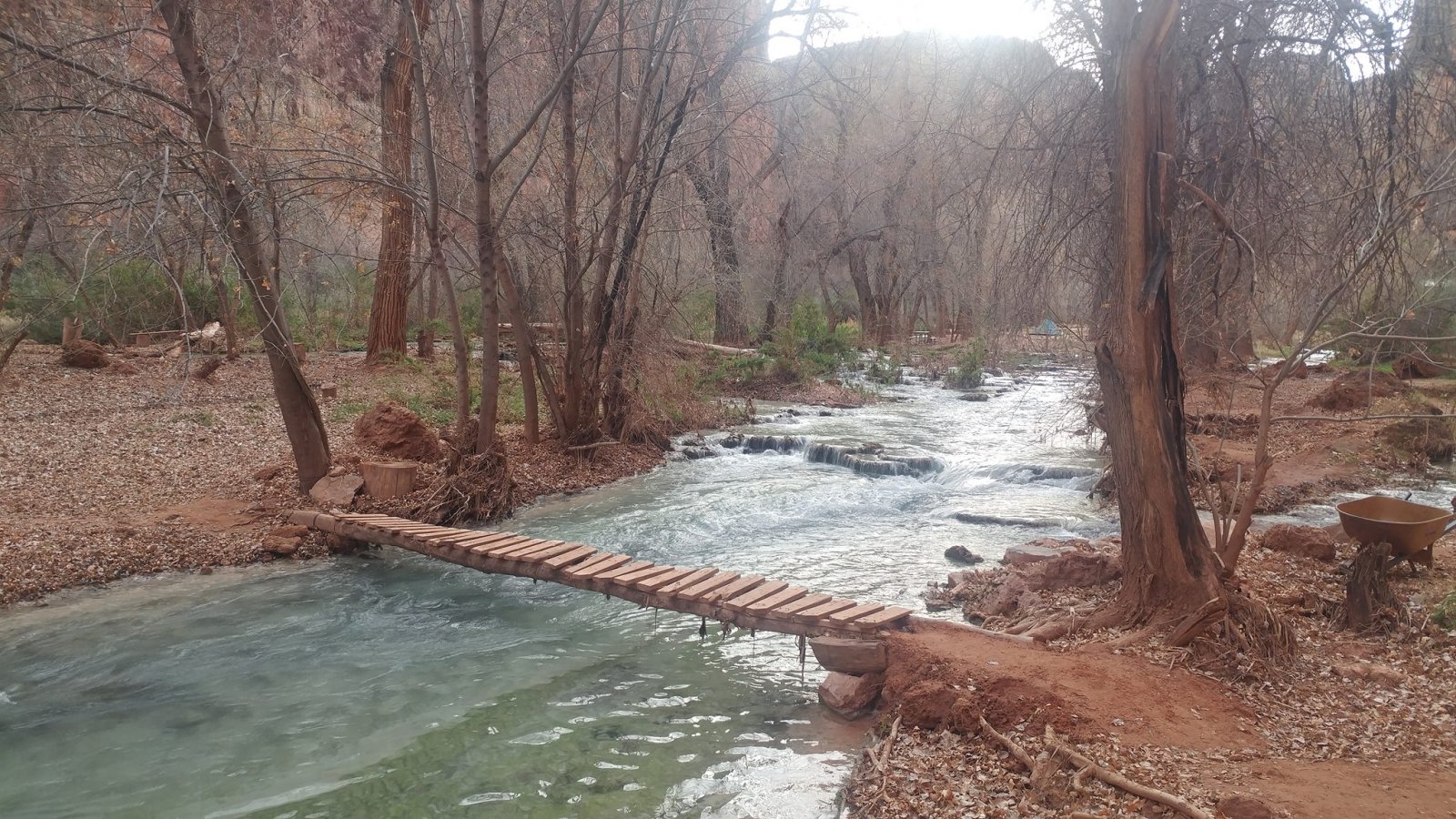 It was a tough ravine to cross. I was expecting the Black Knight there to stop me from crossing 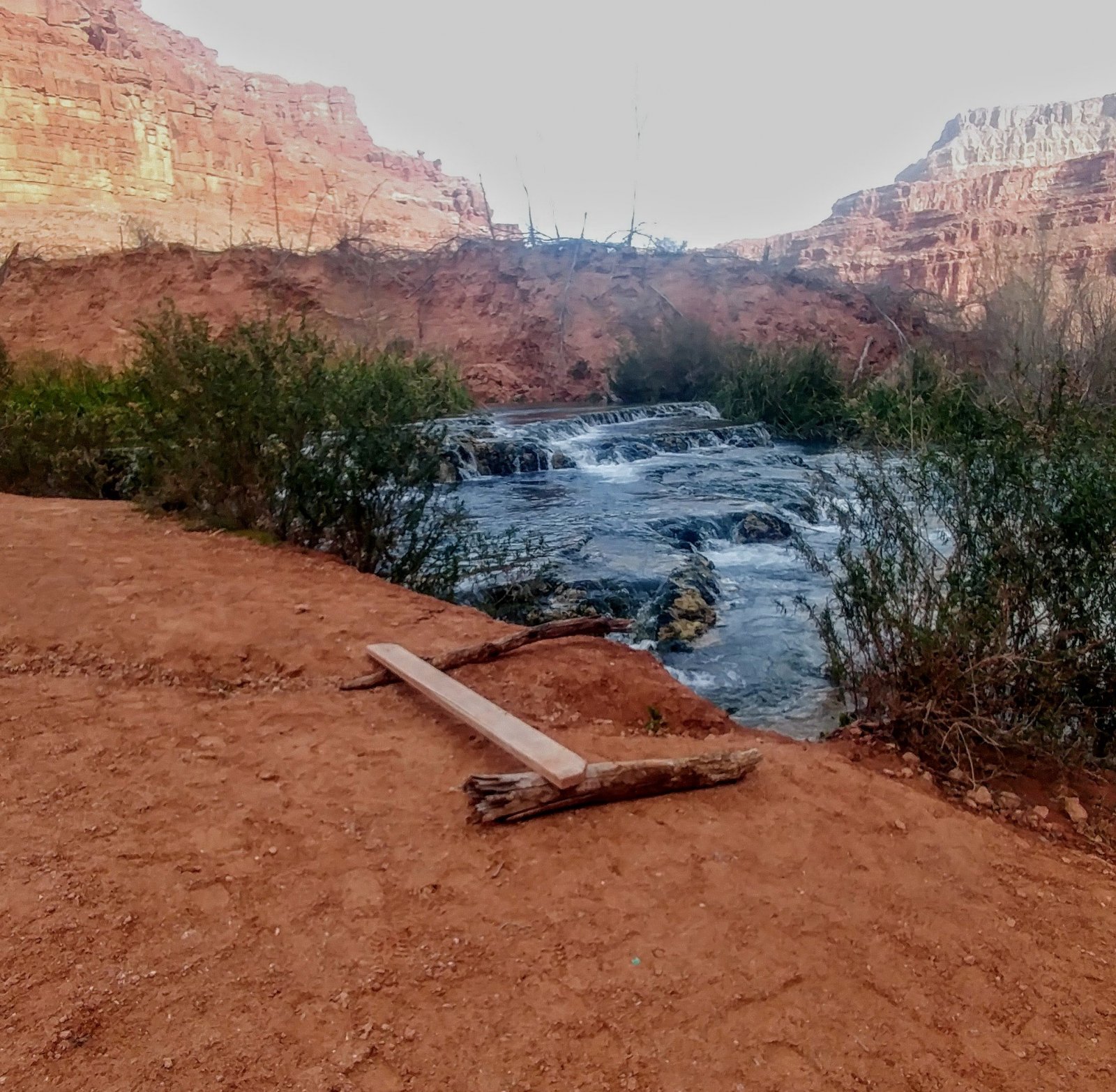 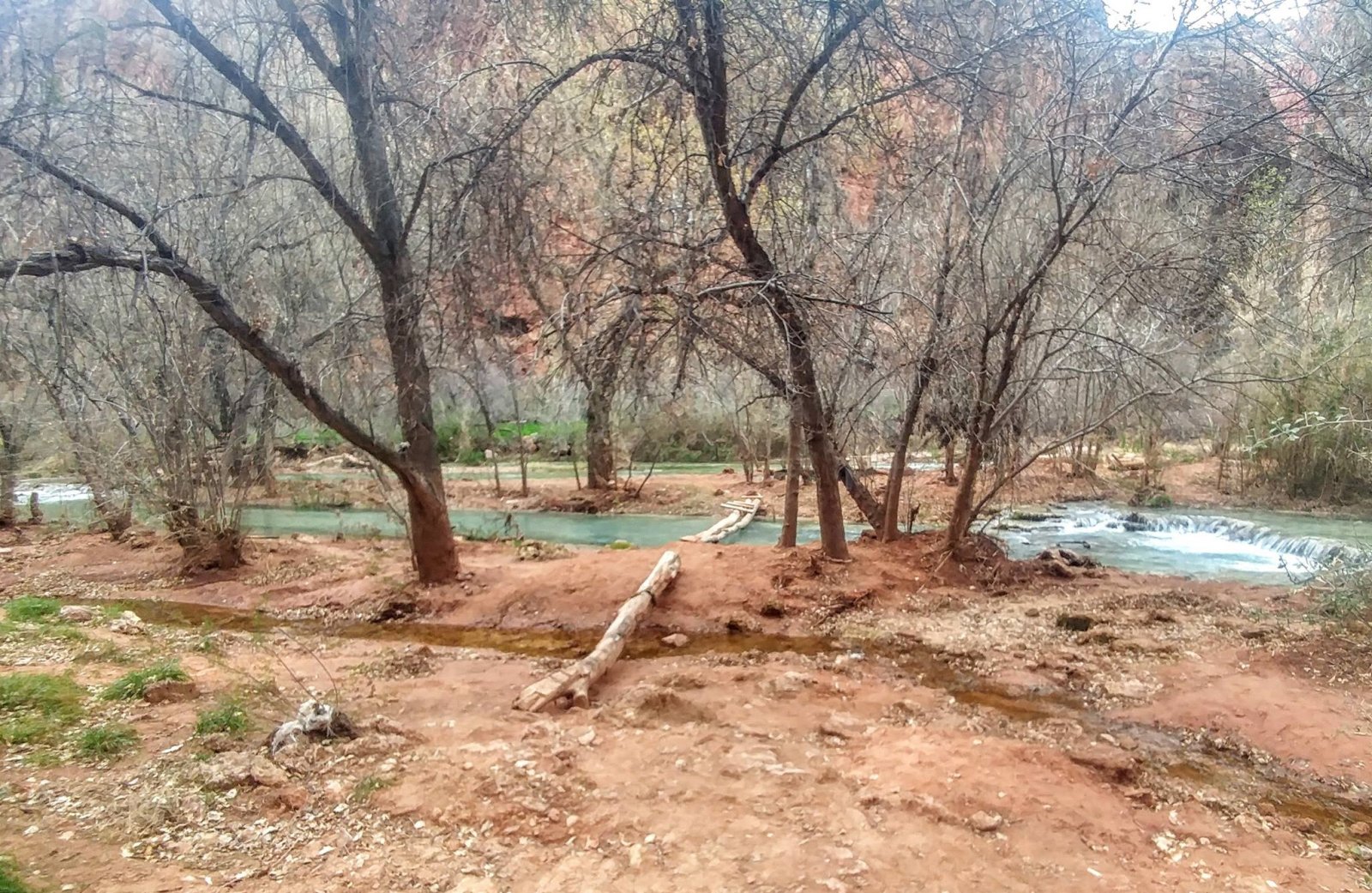 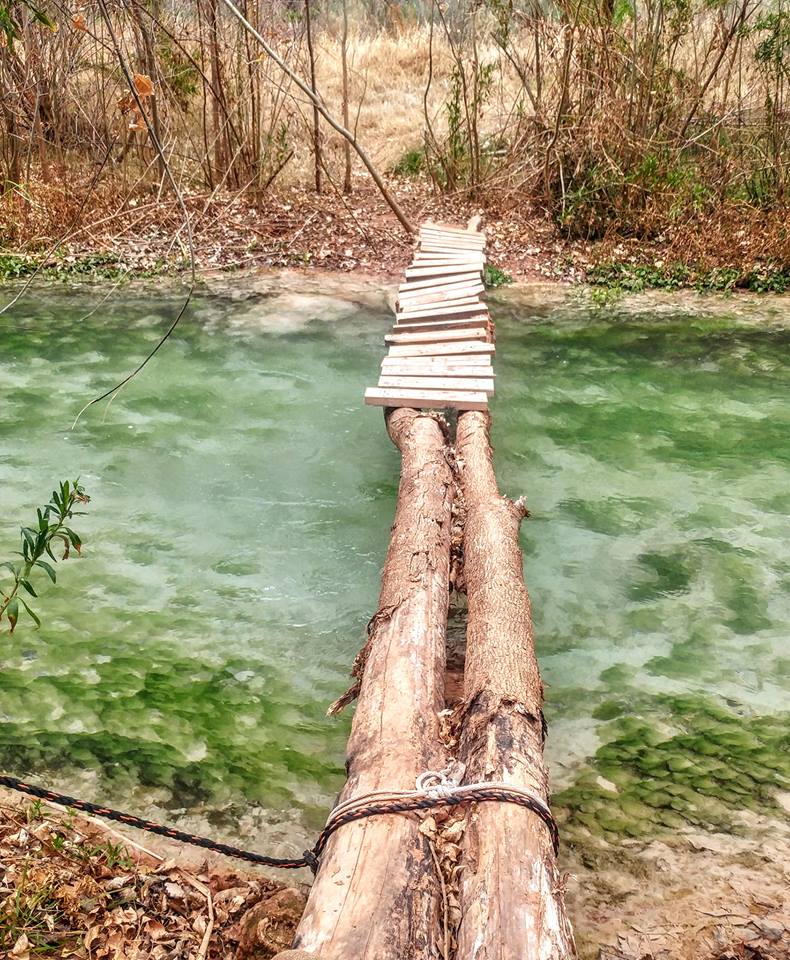 Overhead view from a cave (Stay out!) on a lower campground near Mooney Falls. The building in the lower left is a bathroom 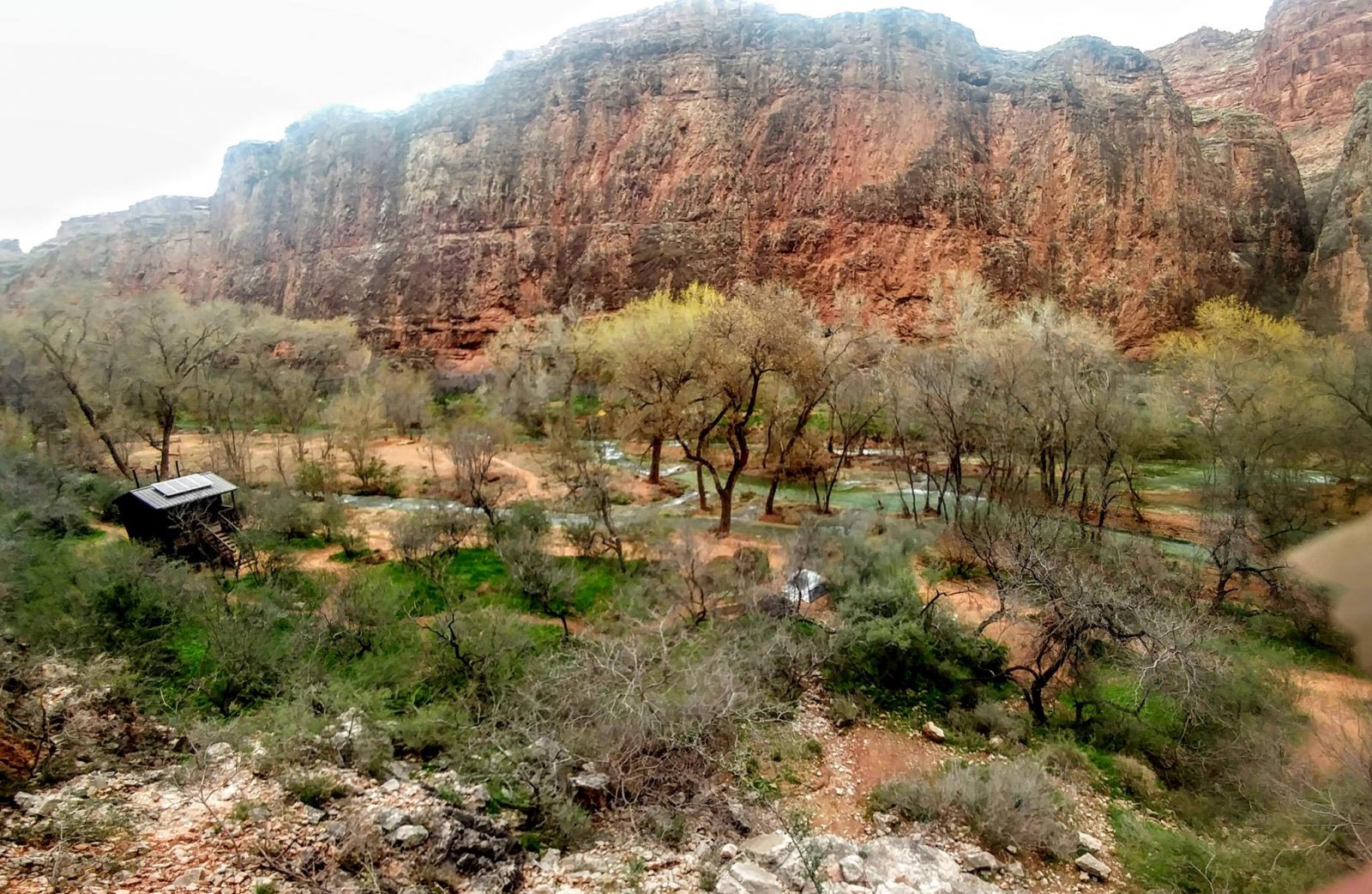 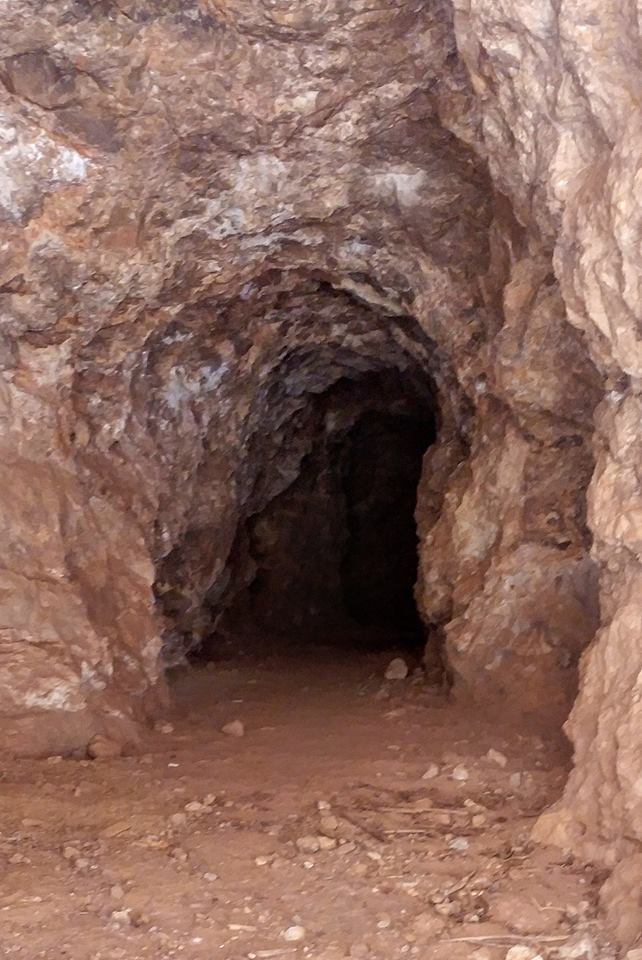 One more of Havasu Falls 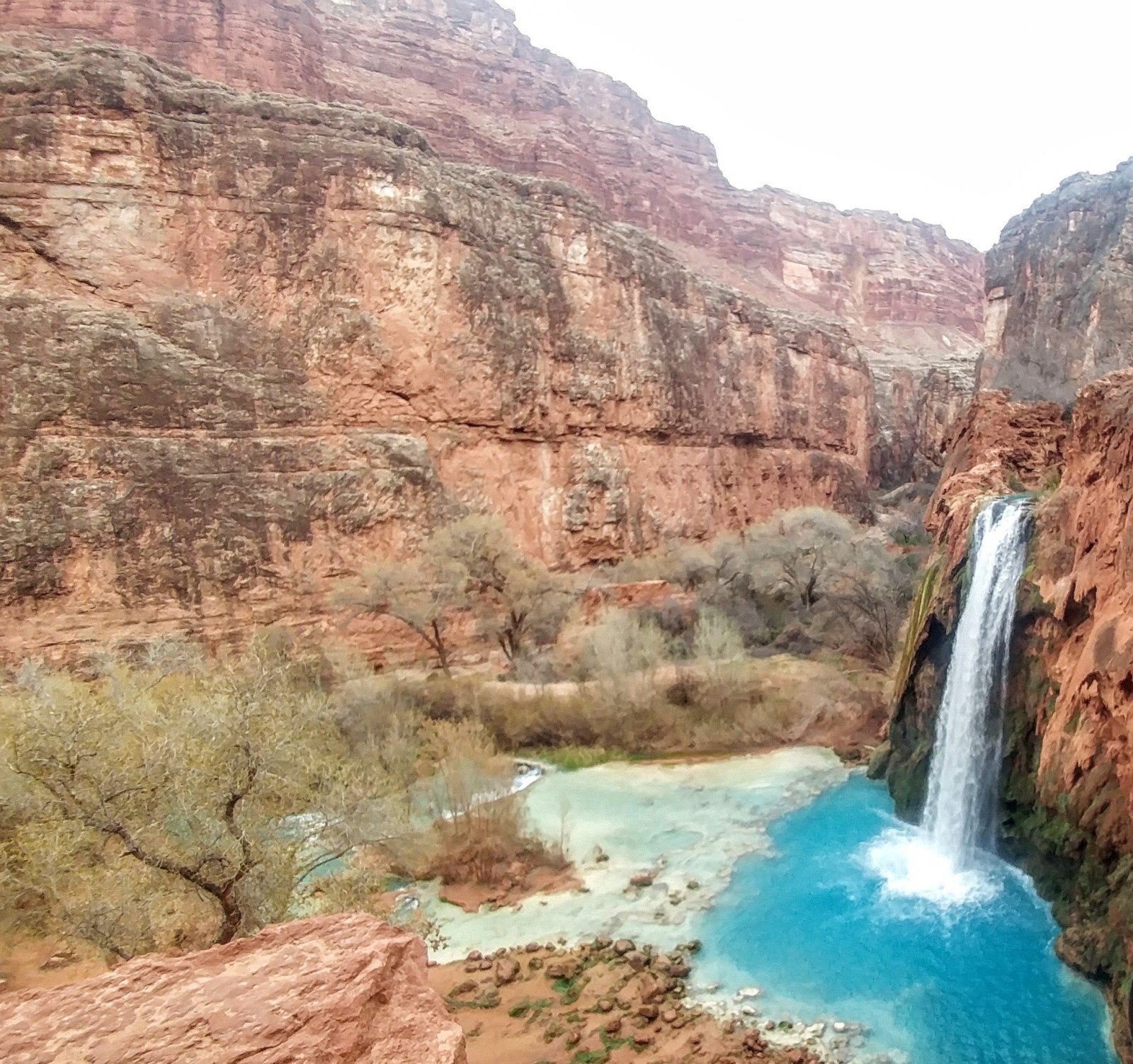 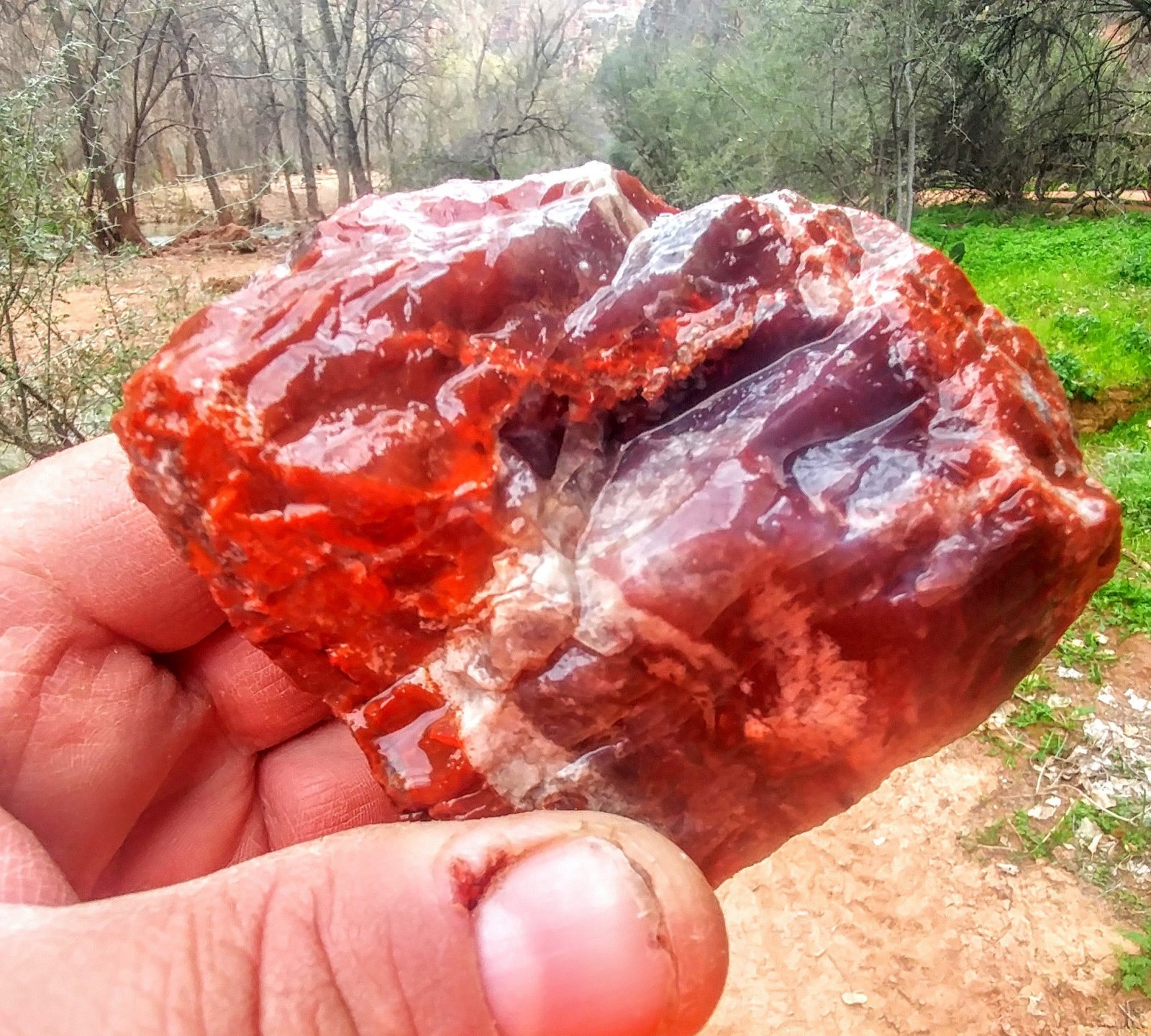 Waiting for the rain... 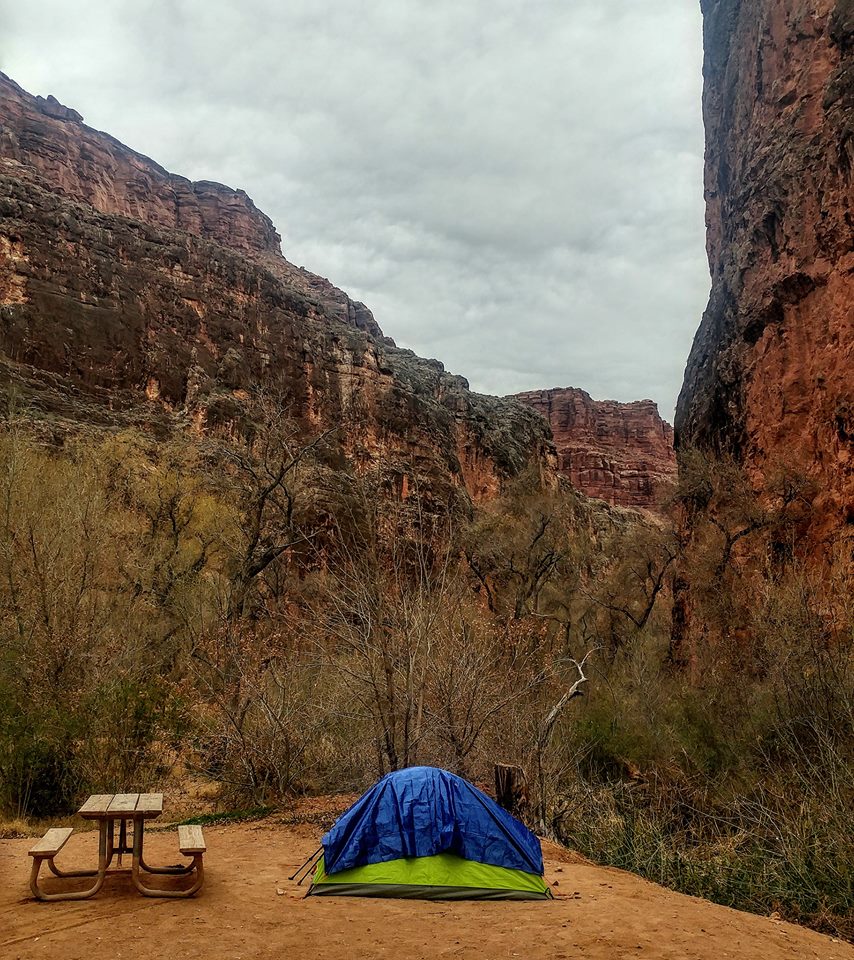 Alas, it was time to hike back out. Got everything packed up n the dark by 5:00AM and left at 5:36. Two wonderful ladies and I headed out via flashlight hoping to get out before the rain hit. I slogged ahead of them and made a good dash to the trailhead hoping to beat the rain, but about 4 miles in, the rain started. I put on my rain poncho which was worthless(must buy a real rain jacket), and for the final 6 miles, it was a steady rain. I topped off some water at the seep I saw coming in, had some Larabars and beef jerky for breakfast, and on my way again. Going back up through the canyon wasn't a big deal. a slow rise in elevation. It was only as matter of picking a trail that was the least muddy. Finally got to the ridge where the climb out begins, and started up at a slow and steady pace so I wouldn't tire myself out. There was nowhere to get out of the rain. At each little rest stop, I took just enough time to feel better and then on the way it. It went surprisingly better than I thought. Finally got near the switchbacks and the mule trains finally caught up to me. It gave me a rest as you need to make way for the mules. The switchbacks were OK, but I imagine in the summer they would be a bear because it would be n full sunlight. Slowly make my way to the top and there is a group getting ready to head down and they ask me to take their picture. I'm soaking wet, tired, and just want to get back to my truck, but fine. Took their picture, went to where the mules were to get my pack (which they just unloaded) and loaded up my truck and headed home. Stopped in Kingman and chowed down and it rained all the way back to Utah.

On the way back, I broke two of the hooks on my boots used to lace up(Mongo pulled too hard, I think), and had a hard time keeping them snug. They were soaked anyway. Made mental note to spend good money on boots. The orthotics I wear rubbed my instep raw on this trek out, when I didn't have a problem hiking in. Developed one blister on the back on the right heel, and the left toe rubbed raw as well.

It was all worth it. Havasu Falls hike is spectacular. Next time, I will go in warmer weather and swim. If I can get a permit.

Oh, rumor was going around camp that there will be another drawing for permits for a couple summer months due to the snafu on Feb 1. May want to check their website out.

Oooh drawings for permits. Well, probably won't make an attempt this year, but some day!
I love seeing that there is more to explore than just Havasu Falls! Again, thanks for sharing! I think I would struggle to leave without taking 3000 photos haha.
C

Feb 1st is when the madhouse occurs to get a permit. You can check online to see if anyone turns their permits in, but thats like expecting someone to turn back in a permit for the Wave.
And Yes, I took a lot of pictures

Wonderful! I just read all your trip reports and am so happy for you that you had a successful trip. Congrats on making it down Mooney safe and sound - I'll bet those ladder rungs were slippery! I loved seeing all your photos and was especially interested in the ones that were different from when I was there in the month of June: the snow-covered top of the canyon, the bare branches between Mooney & Beaver, and pools of water without a lot of people. Thank you for taking the time to share these detailed trip reports.
You must log in or register to reply here.
Similar threads