The Red River Gorge was shut because of COVID, but there are cool places in the surrounding areas.

This gives a hint of where we were 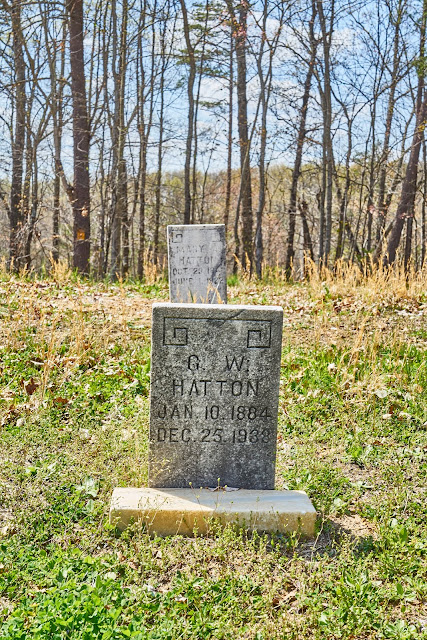 I did a little research about the 15th Infantry Regiment and the 3rd Infantry Division which it was part of in WW2. I don't know when he joined the Regiment, but it fought through North Africa and then Sicily and then the Italian peninsula. Based on the date of death, it appears that Boyd Morisson died at Anzio. 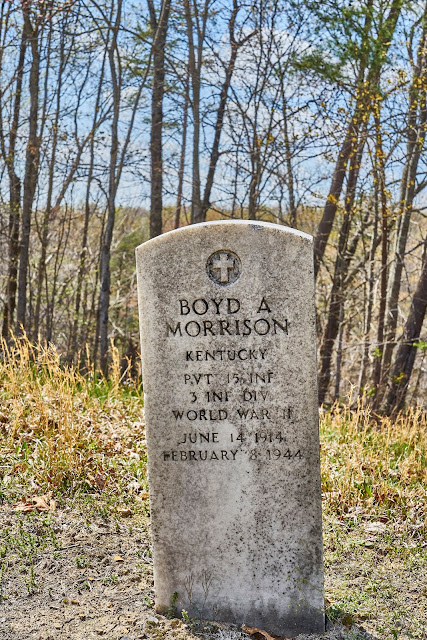 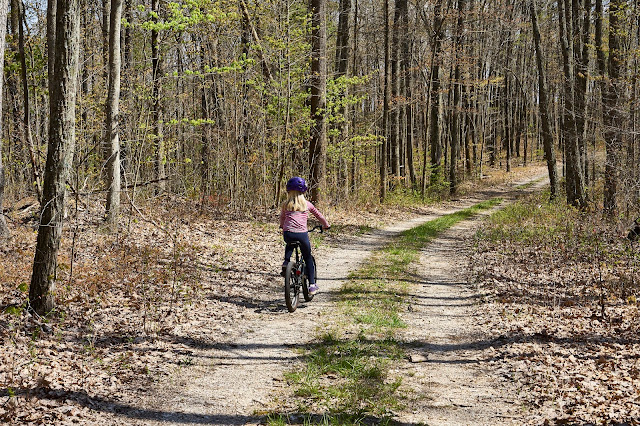 ... I had thought we would be able to ride a little more than we did, but I was not accounting for a kids bike with tiny wheels and tiny pedal cranks. The couple mile ride worked her a bit and once we got to my planned campsite, she was not interested in getting back on the bike

Oh well we were at a great overlook. 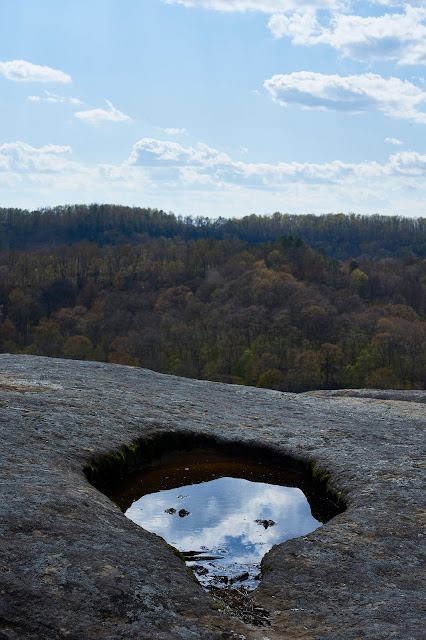 She had an art project for school where she was supposed to spell out her name using natural materials. 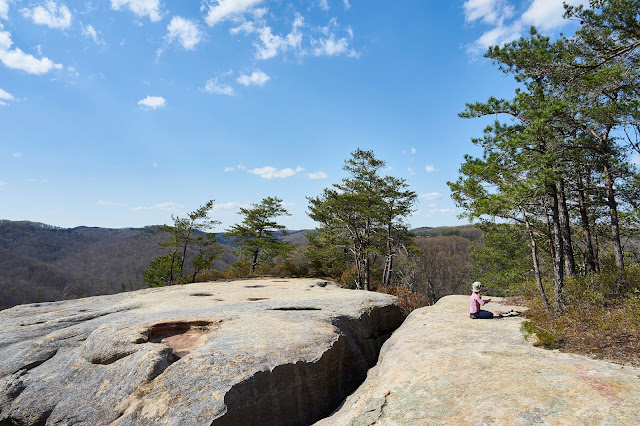 When she was done with her name, she decided to do another one.
#TeamKY 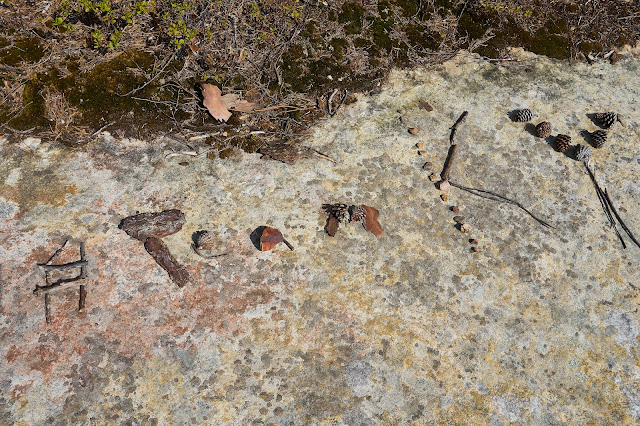 Enjoying the view and waiting for the sunset. 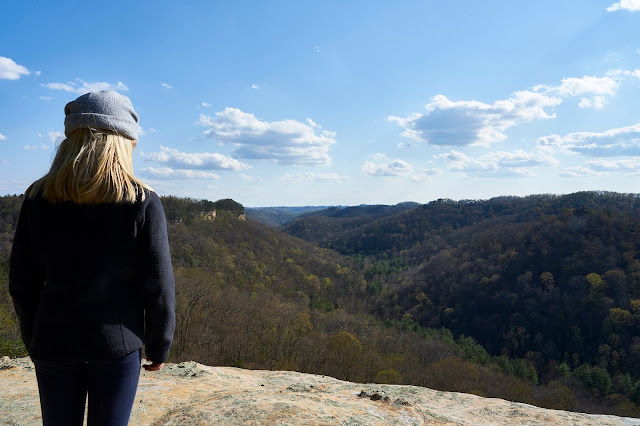 We enjoyed the sunset and waited for the stars to come out. Thankfully, the wind died down so we were comfortable. 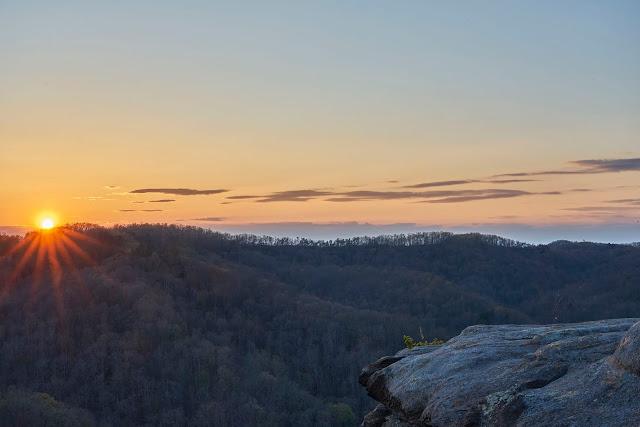 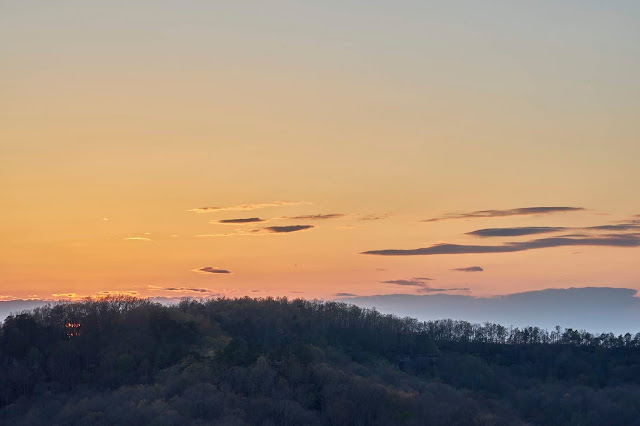 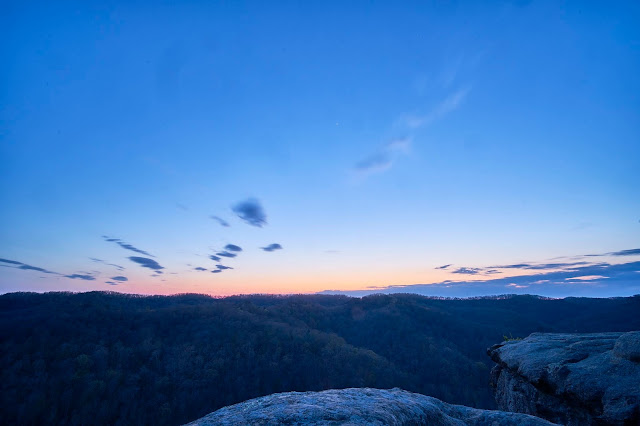 Venus was bright in the west 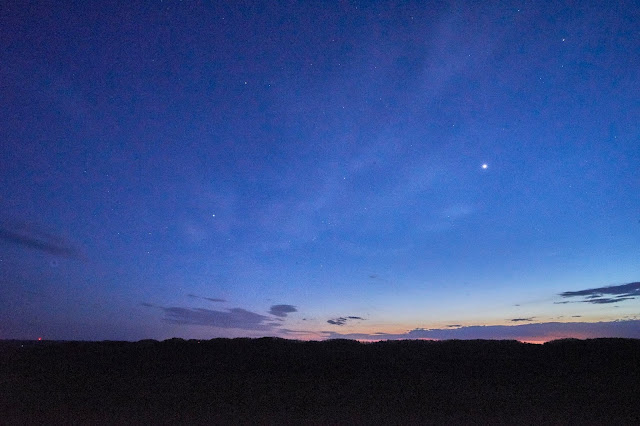 I was busy talking with her and not really paying attention to the photography. It wasn't until she was basically done for the night that I realized I had never opened up the aperture after the sun went down, so I had been shooting at f/22 for the last hour, so this is the only decent astro-photo I got. 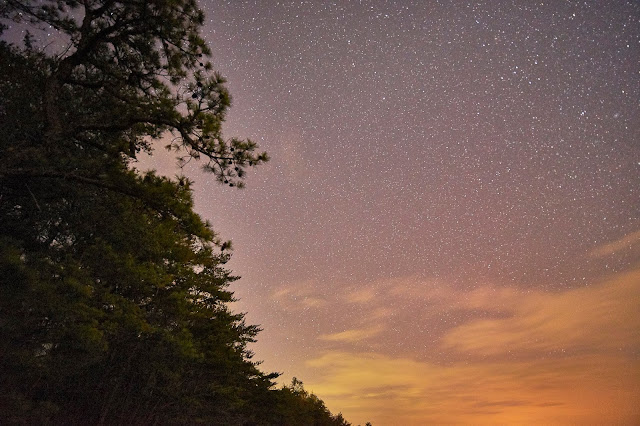 The wind picked back up overnight and some rain came through. It was still really windy in the morning, so not a lot of photography. 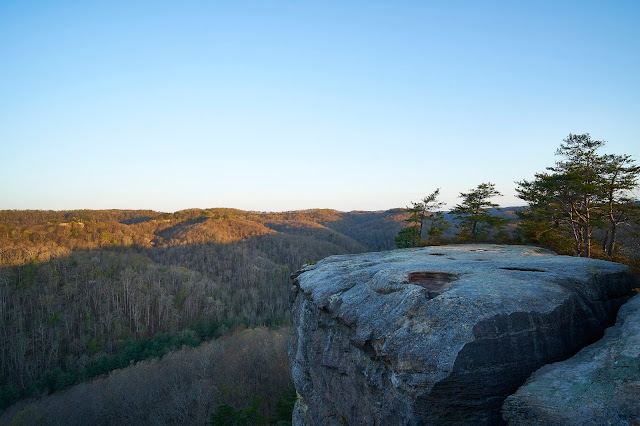 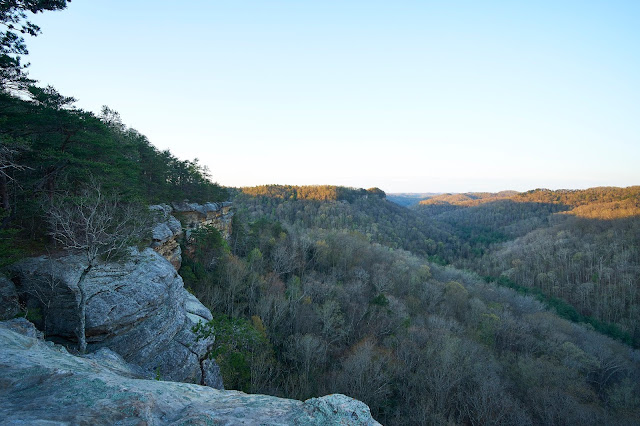 We had breakfast and packed up and headed back to the car. It was a little cool, so she is riding in her fleece PJs. 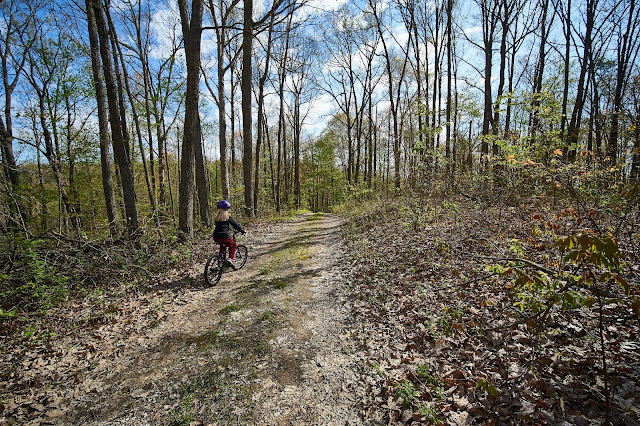 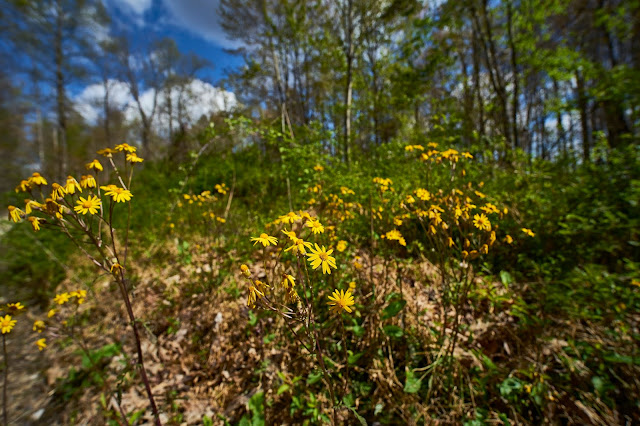 We got home about 23 hours after we left. It was not the trip I had planned, but we still had fun.
My trip reports: backpackandbeer.blogspot.com

Lovely!
Haha I think majority of my trips don't go as planned. Glad you two had a fun time!!
You must log in or register to reply here.
Similar threads