I've only got one more annual trip w/ my brother to post, so I figured I'd start adding some of my solo trips. (For now I'm refraining from posting trip reports w/ anyone but my brother, since the others don't post online and I'm not sure how they'd feel about it - maybe in the future.) So anyway... here's my semi-recent solo trip from late August 2020.

This one was fun because I didn't really have much of a plan. Since I typically thrive on goal-oriented trips, it was nice to set that aside and wander a bit. 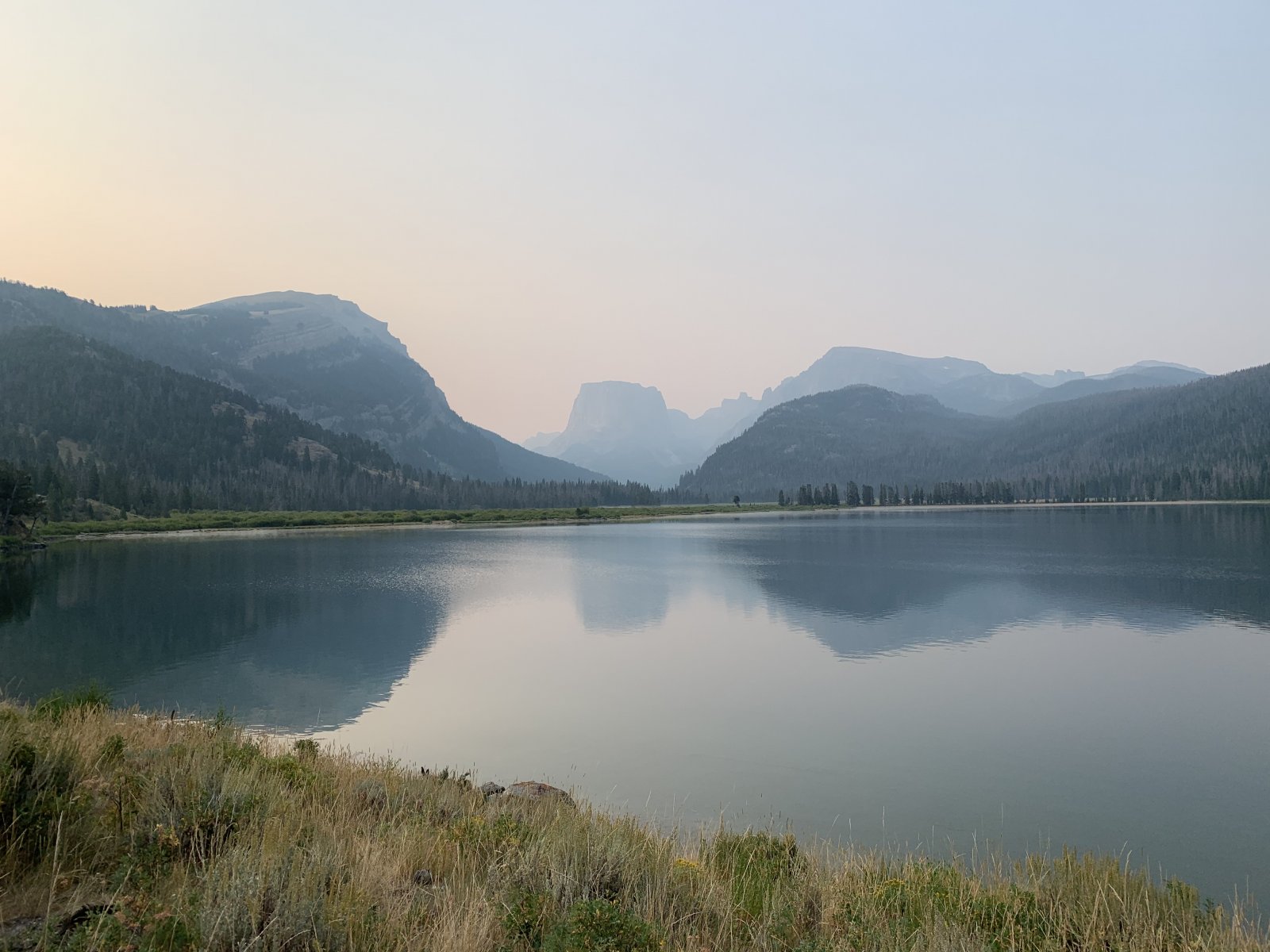 Ran into a cow moose less than a mile from the trailhead. There was a larger bull following her, but by the time I saw him I realized I needed to be moving along - they clearly intended to cross the trail exactly where I was standing. 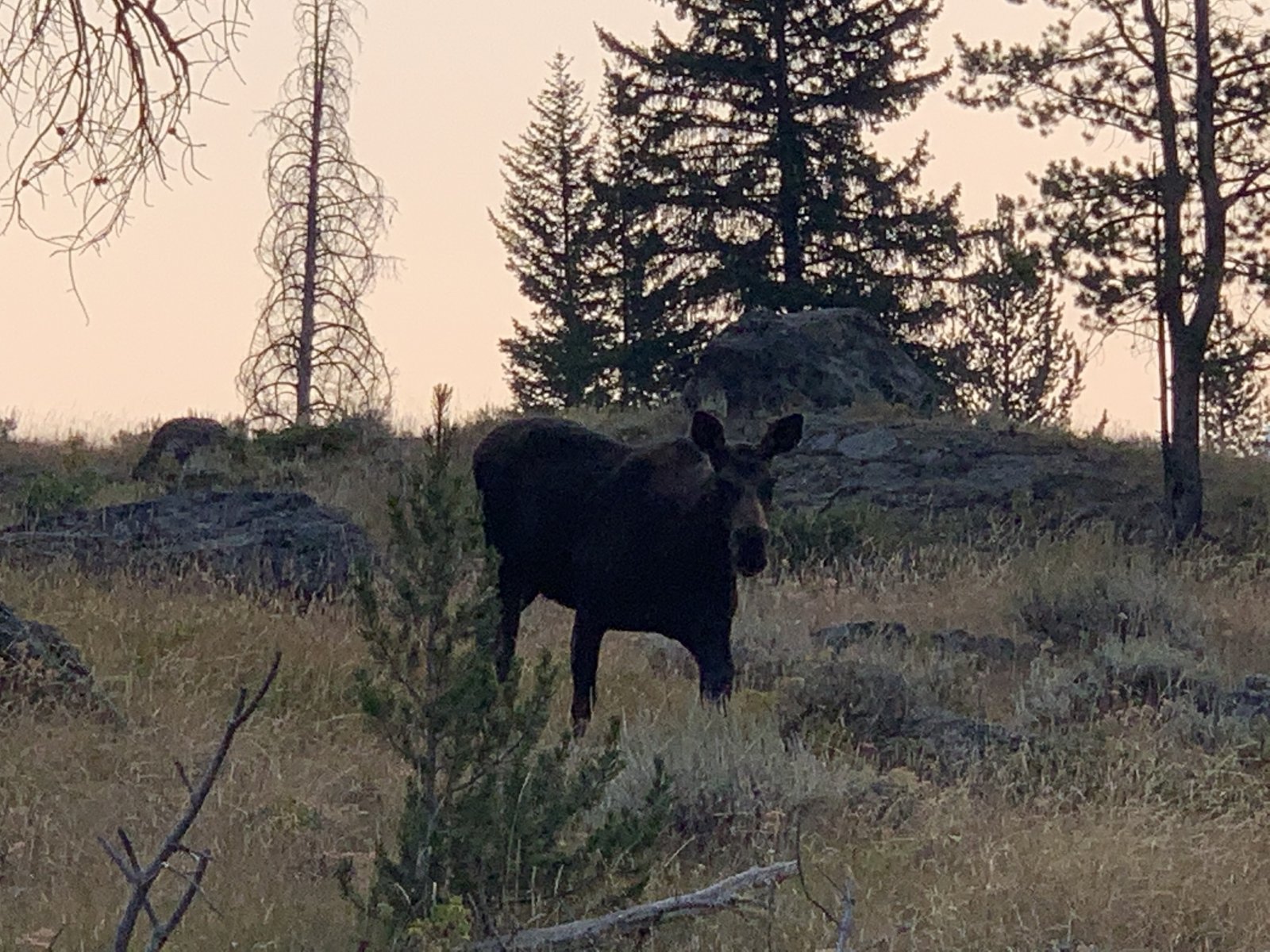 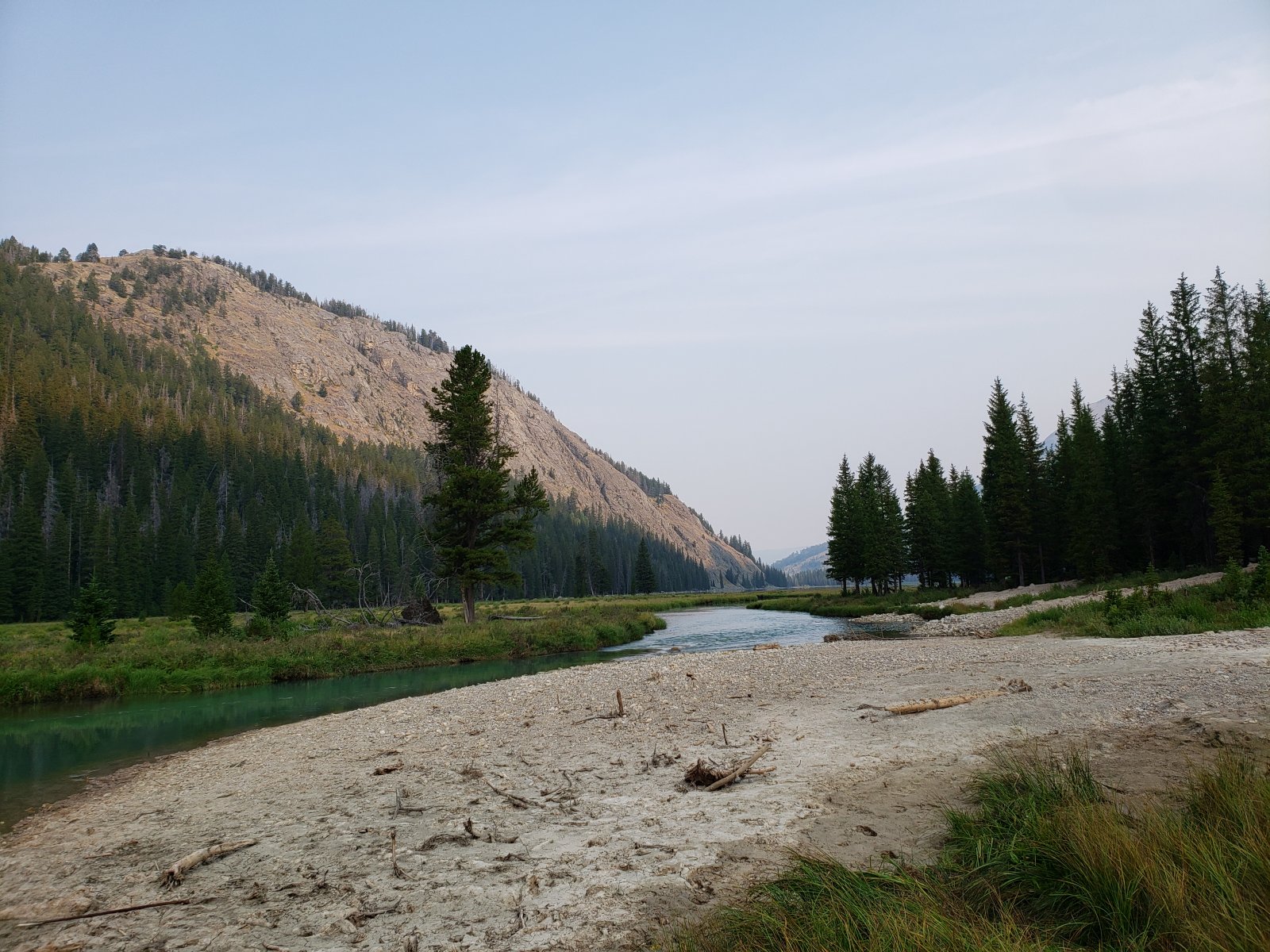 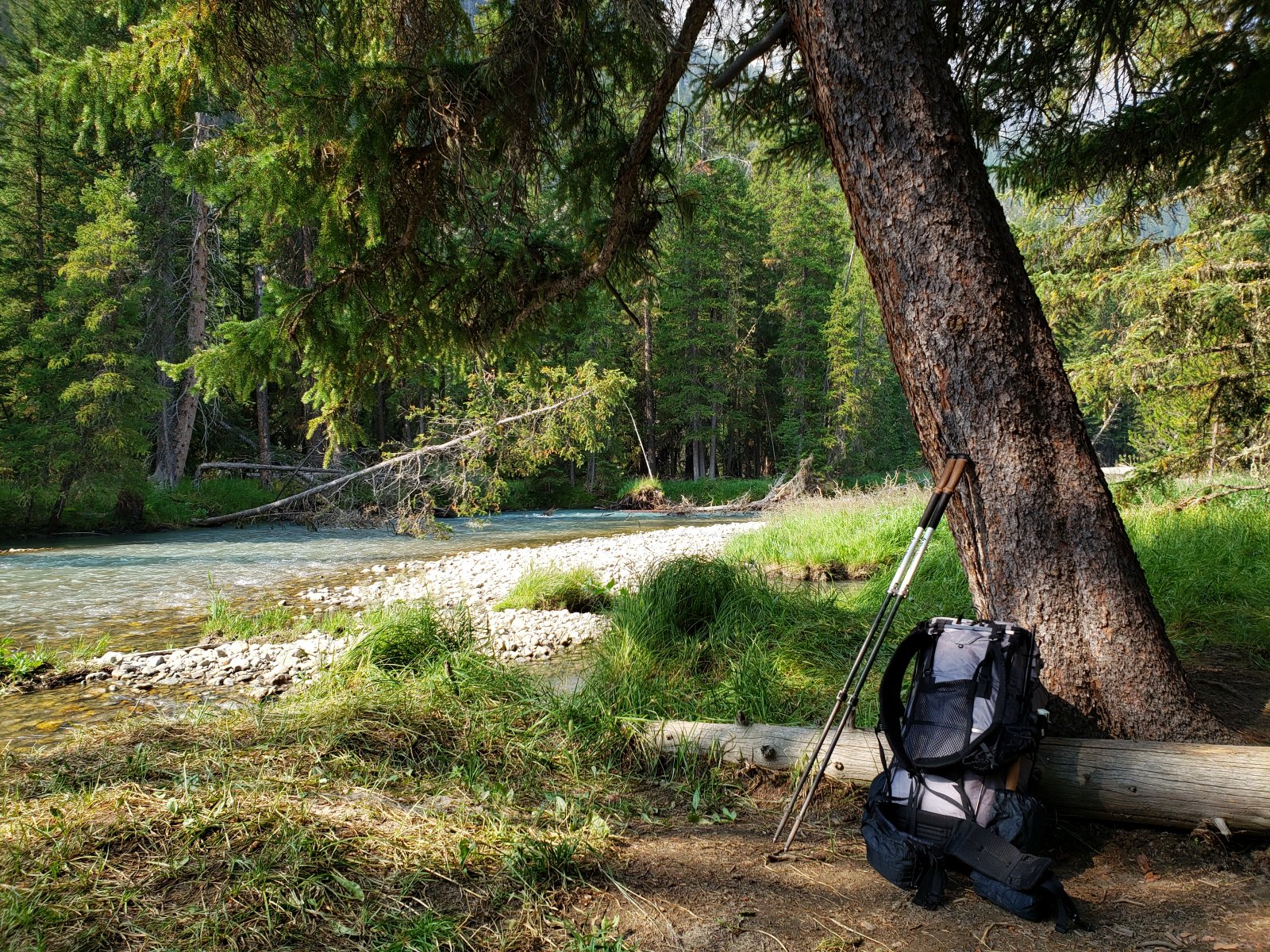 I had never been on this section of the route before and it was just really pleasant. 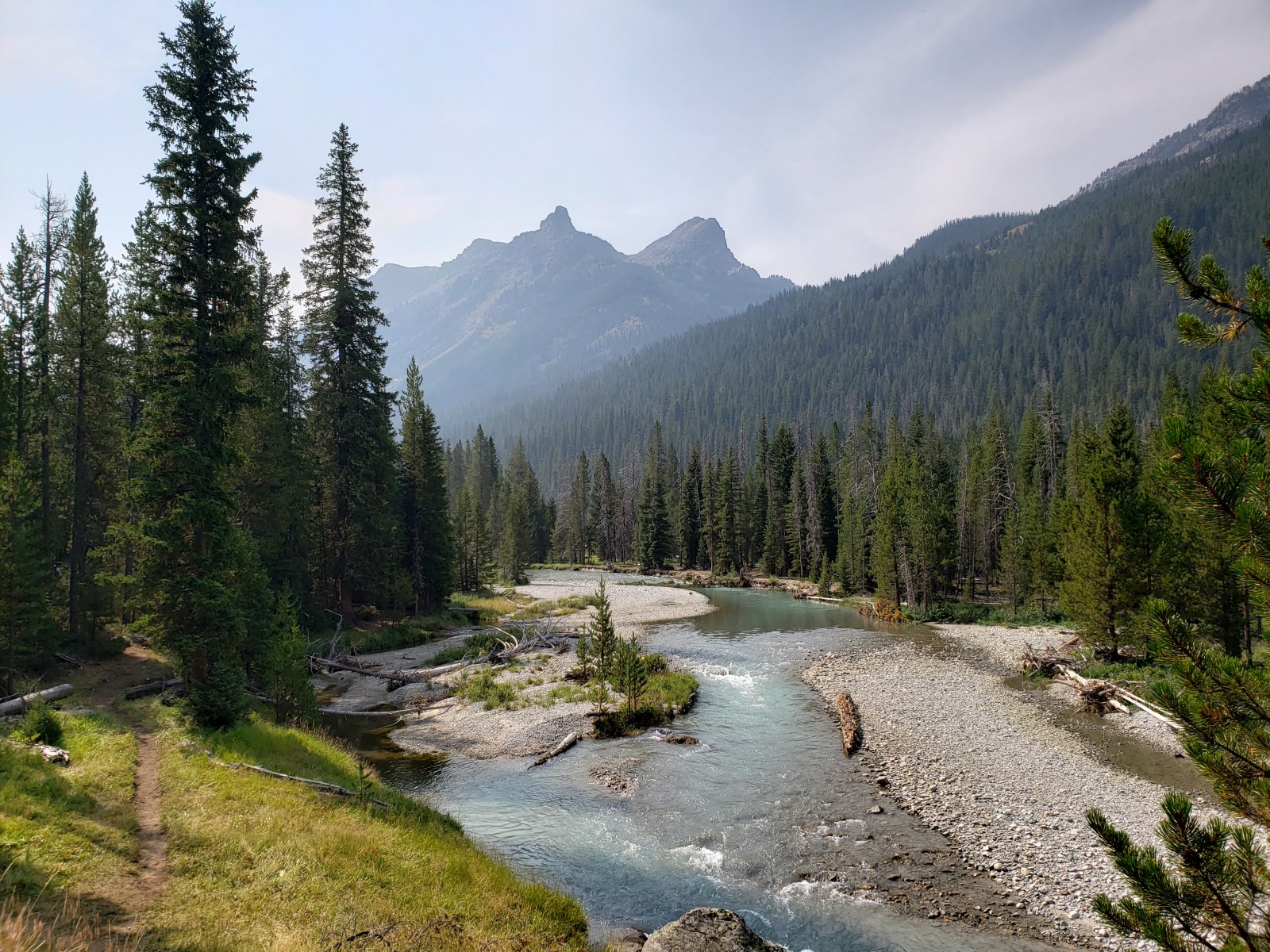 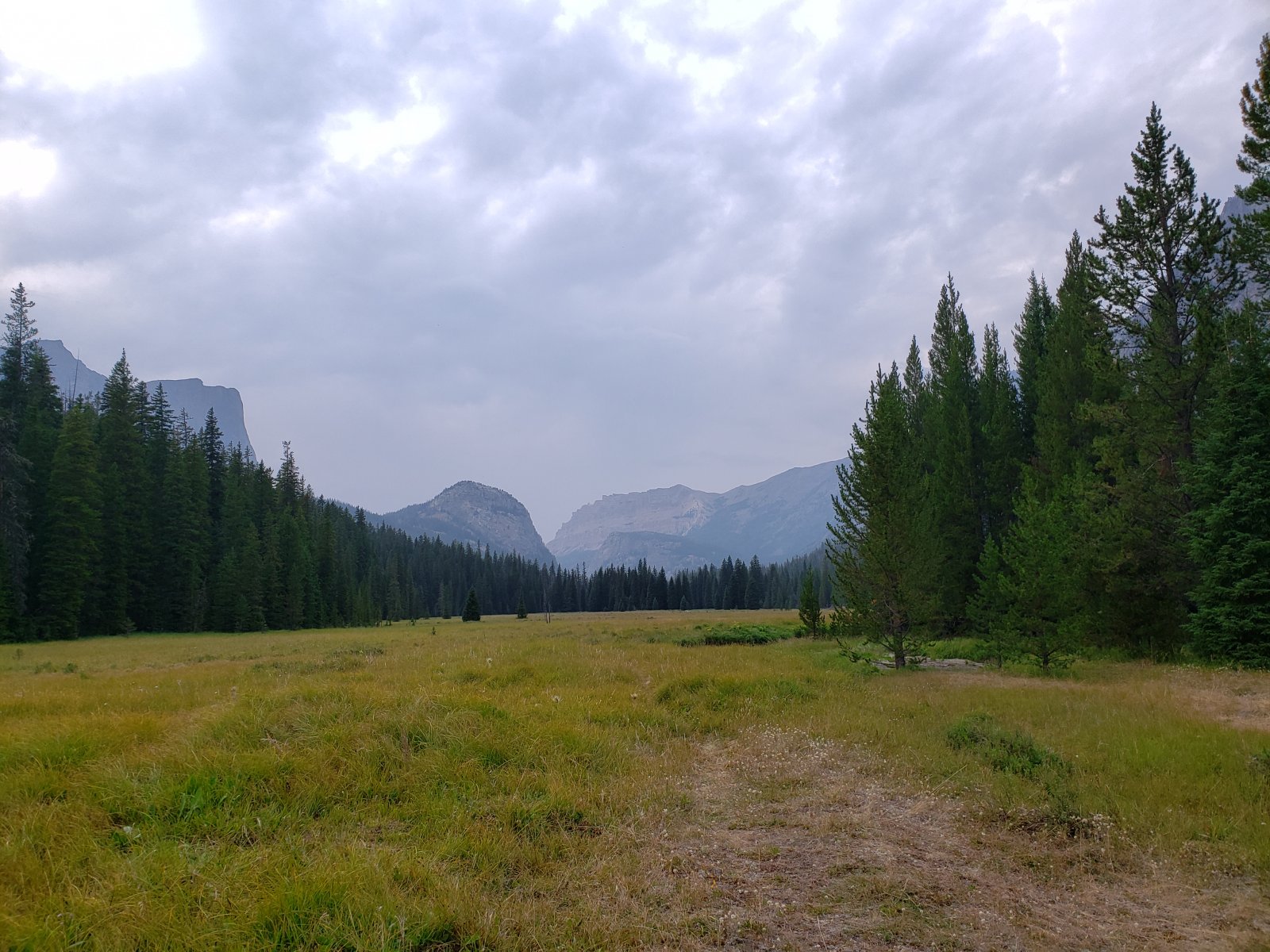 After eyeing a couple less than ideal spots, I found a very well worn site near the river. I'm kind of glad I didn't see any groups come by or I might have felt guilty taking it all to myself. 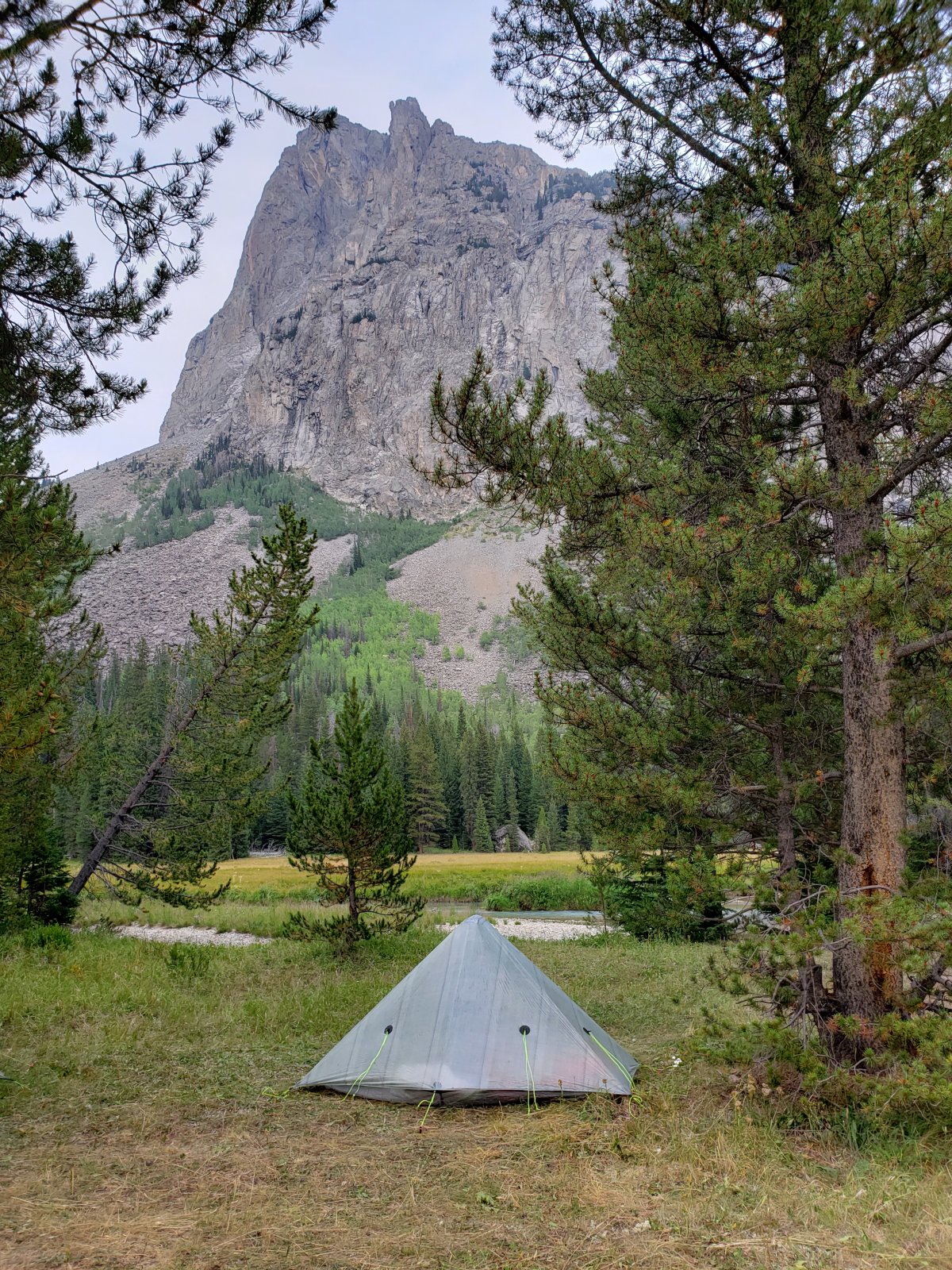 All in all it was a very mellow day - until I was having dinner. I heard an insane clatter of hooves and thought some horsepackers must be bearing down on me fast... but instead a cow moose ran by - close enough I could've touched her. Maybe it's because I generally watch them peacefully grazing in the distance, but I had no idea moose could be so LOUD. Definitely got my heart rate up while I finished eating.

Day 2: Three Forks Park to Island Lake
This day reminded me a little why I like to have a plan: when there's no plan, I kind of just keep walking... especially when the weather is so incredibly cooperative.

The hike up to Vista Pass was nice, but not particularly stunning. I really enjoy the route once it starts heading up to Cube Rock Pass and Peak Lake. 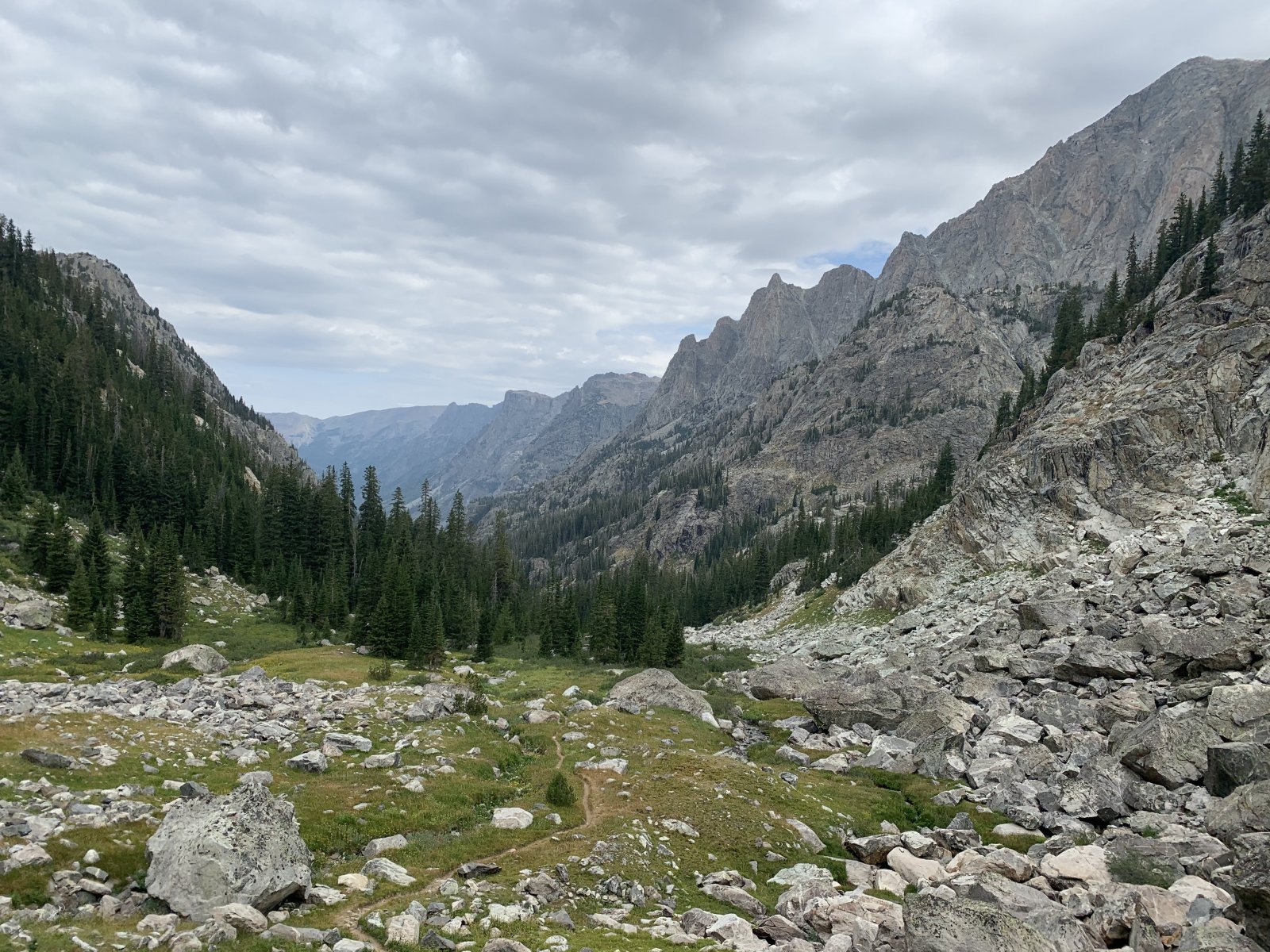 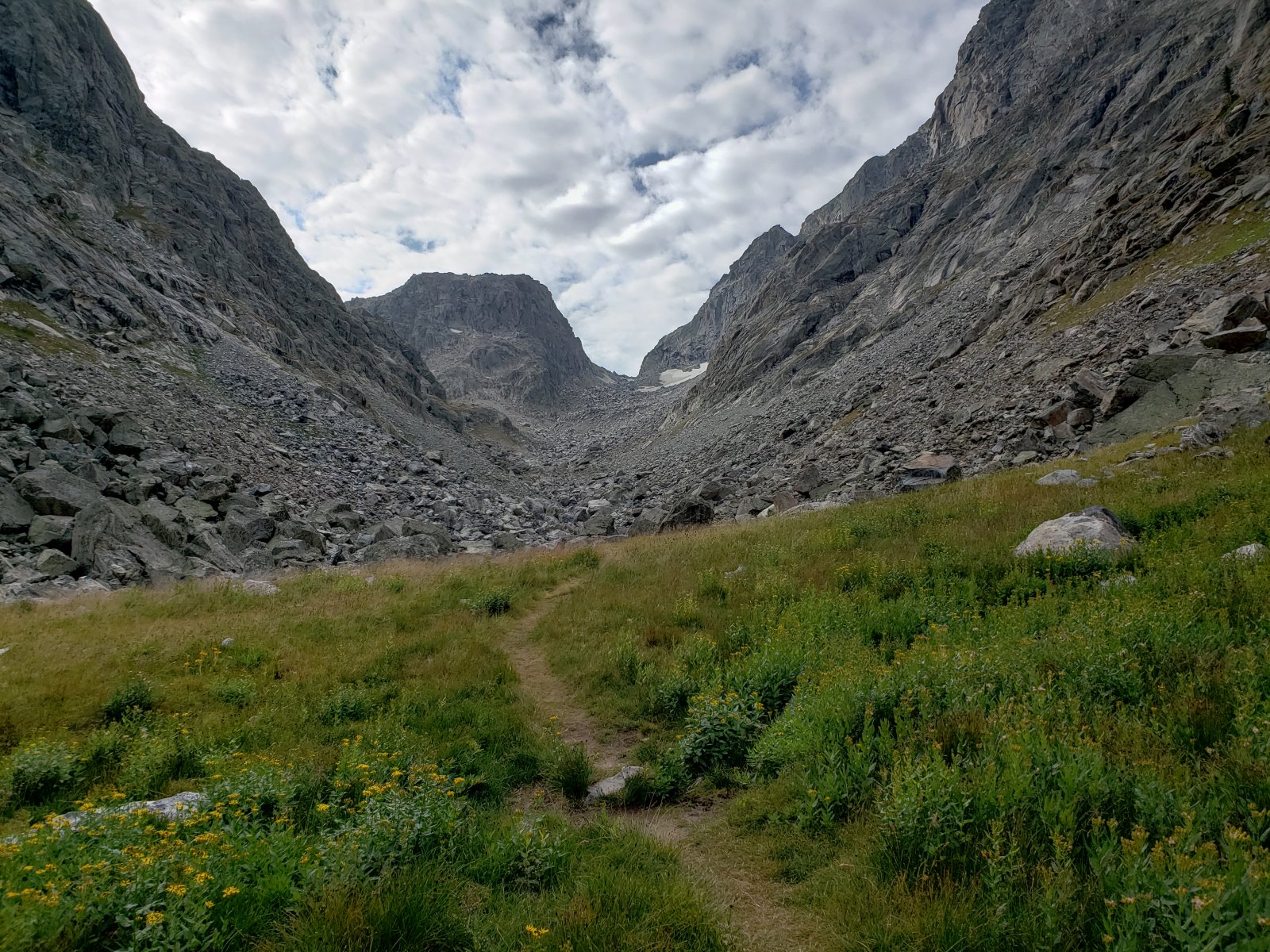 Peak Lake. If I'd made a plan, maybe I'd have stopped here. But it was early and I was feeling good, so I decided to keep going up to Knapsack. 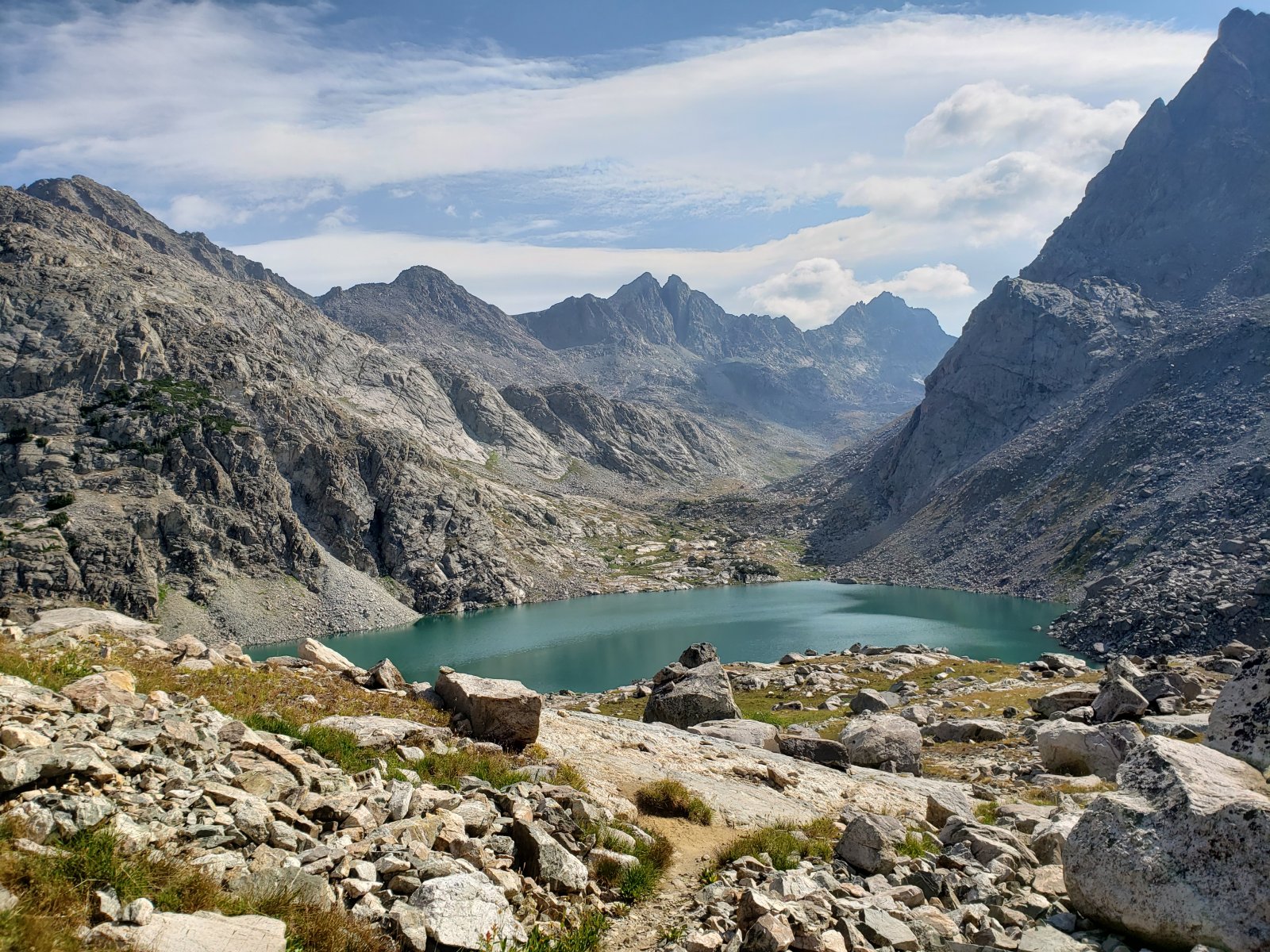 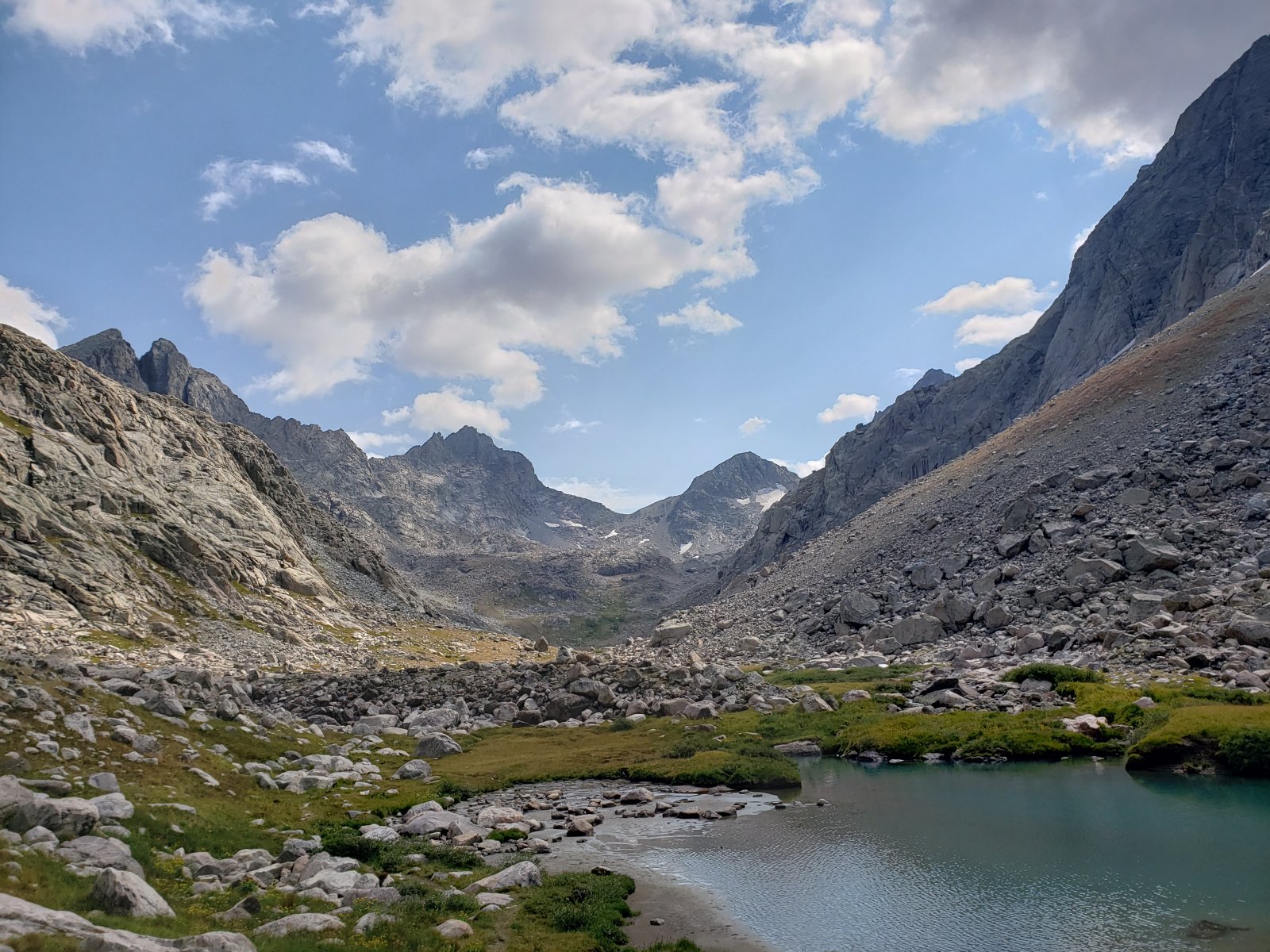 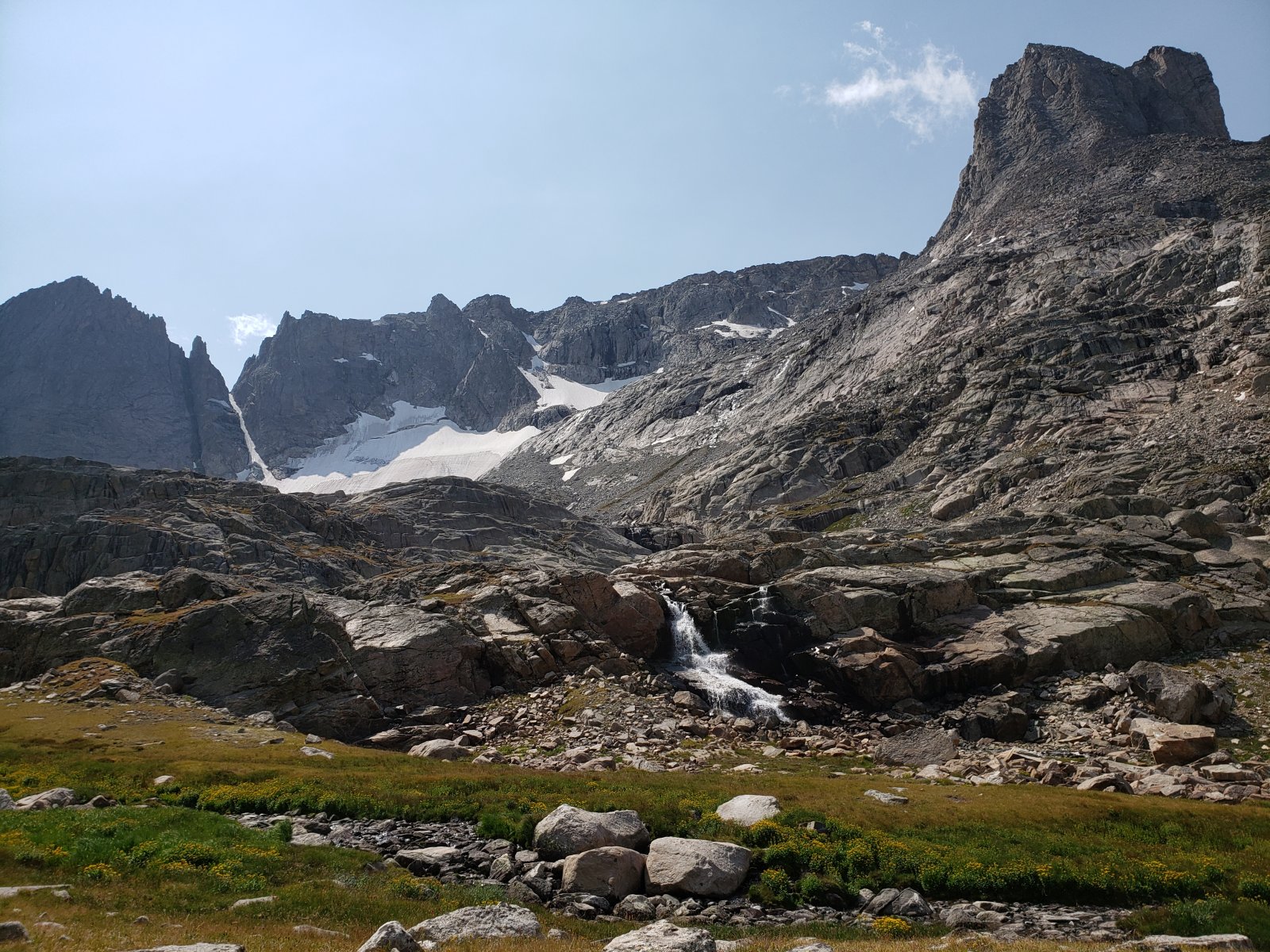 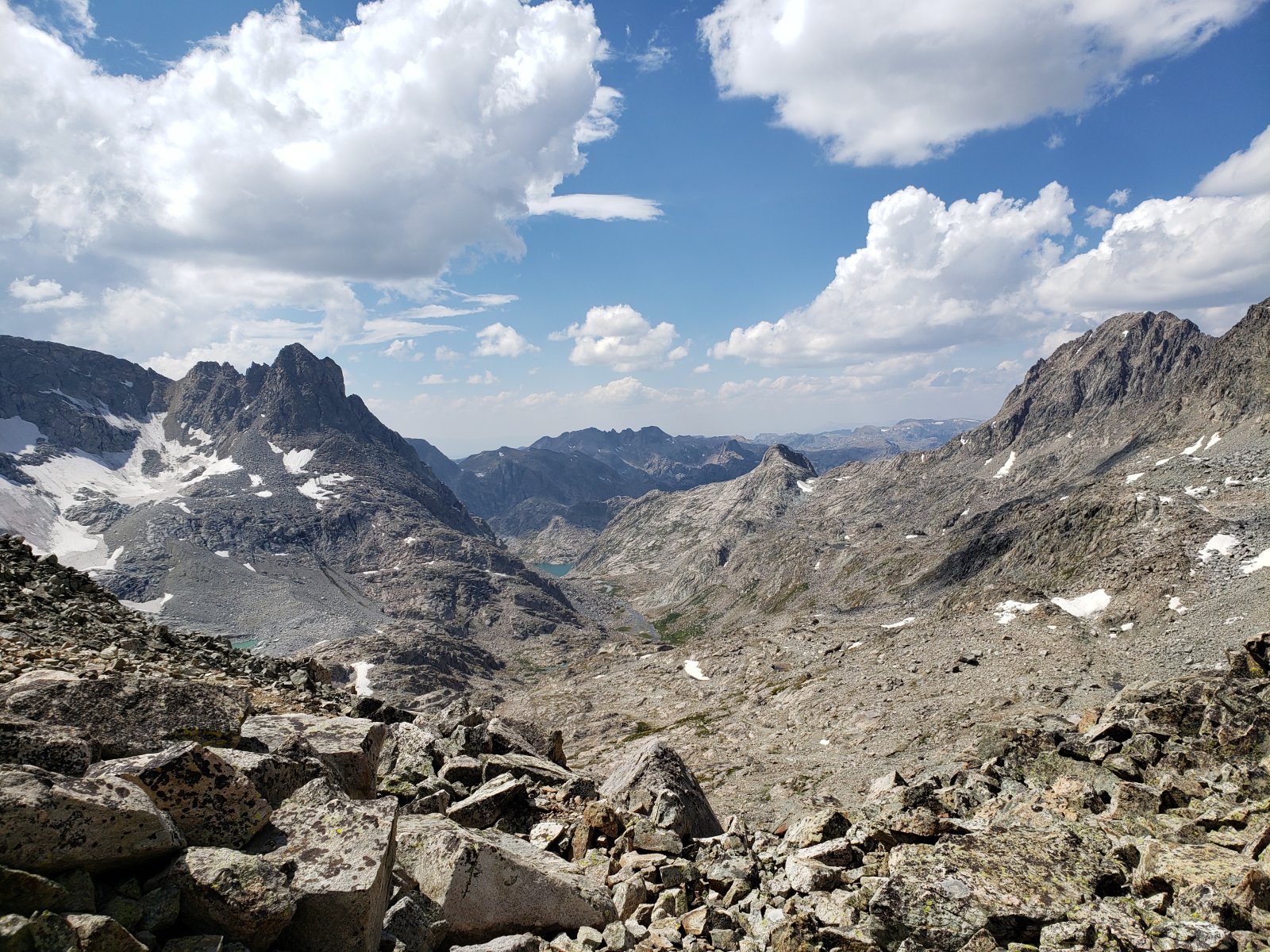 Once I got over Knapsack, I considered stopping for the night but nothing in Titcomb was really "speaking to me". I figured I'd keep putting one foot in front of the other for a bit longer. 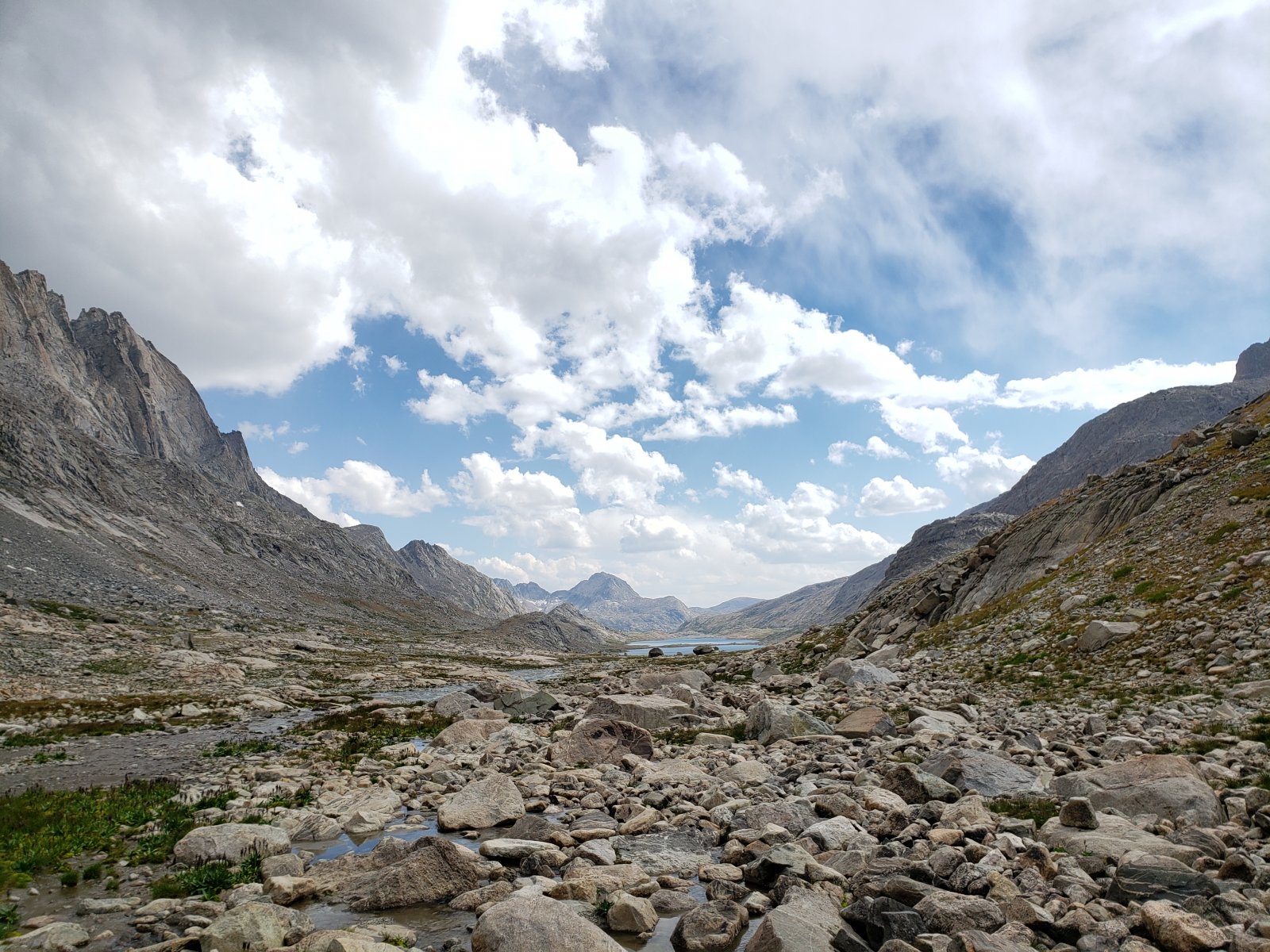 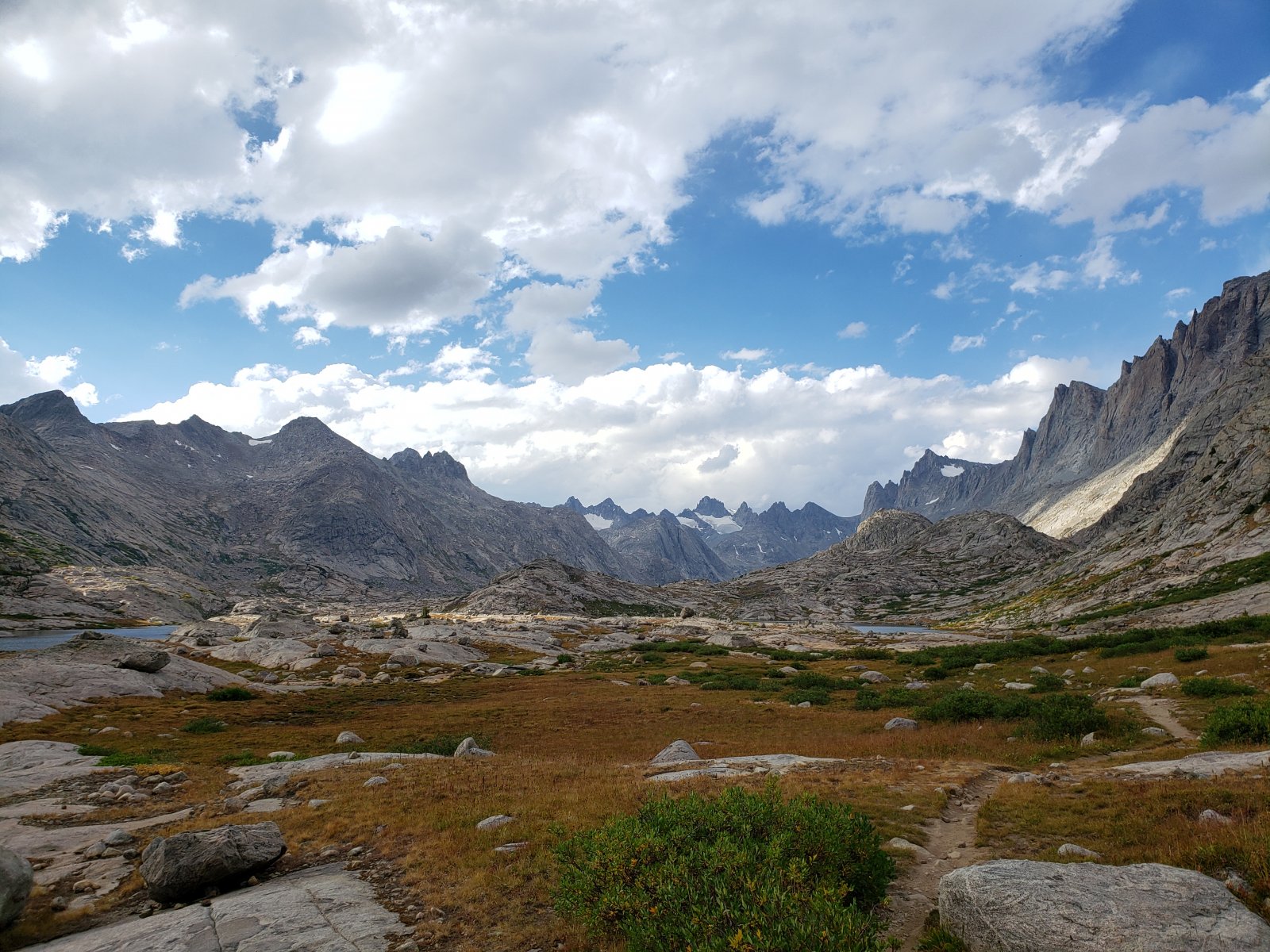 Eventually the shadows got long and I decided I probably needed to set up camp. I found a nice little ledge above Island Lake; there was a small group (3 guys) a little ways below me, but not too shabby for such a high-use area. And I had a decent boulder nearby for wind cover which turned out to be important when the blue skies turned into a short-lived, but quite violent hail storm. 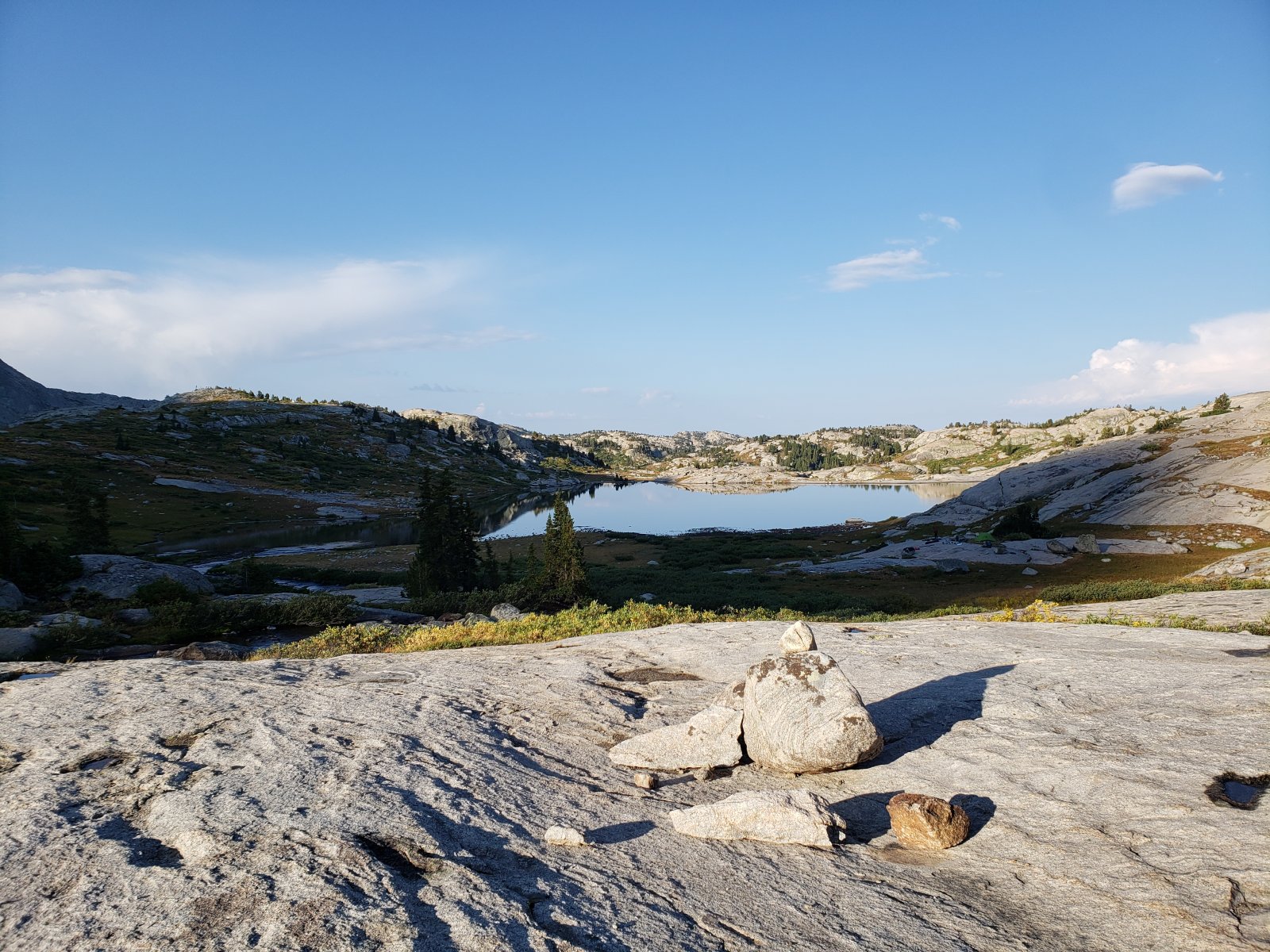 Day 3: Island Lake to Summit Lake
This day was peak "meandering"... I spent a decent amount of time crawling around on Class 3-ish terrain near Island Lake for no reason at all and then decided to actually get on the trail. And instead of following the trail further to the west, I stayed near the lake and walked almost directly up Fremont Creek until near Lower Jean Lake - getting very wet in the process. Eventually I joined back up w/ the Highline Trail. 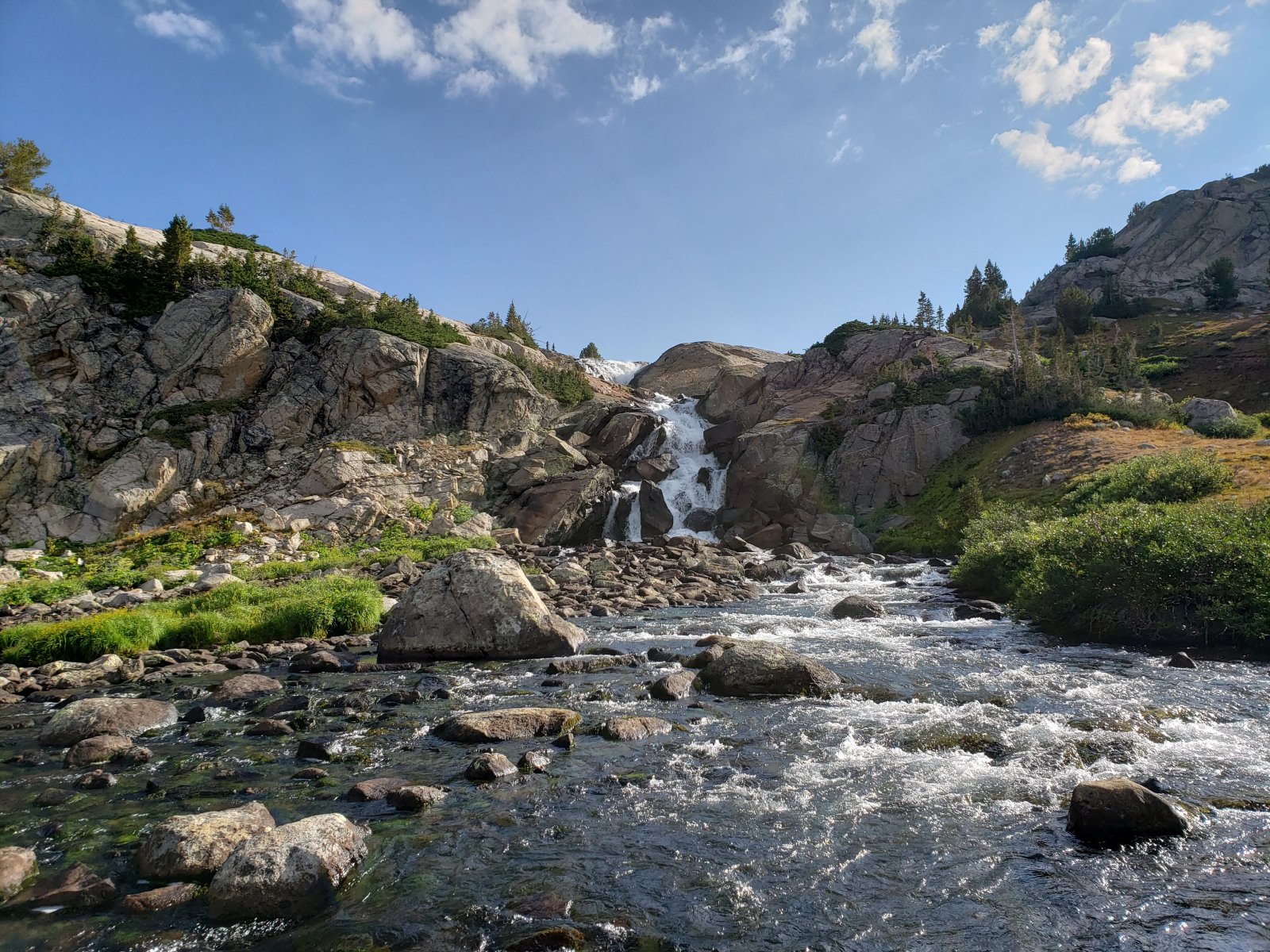 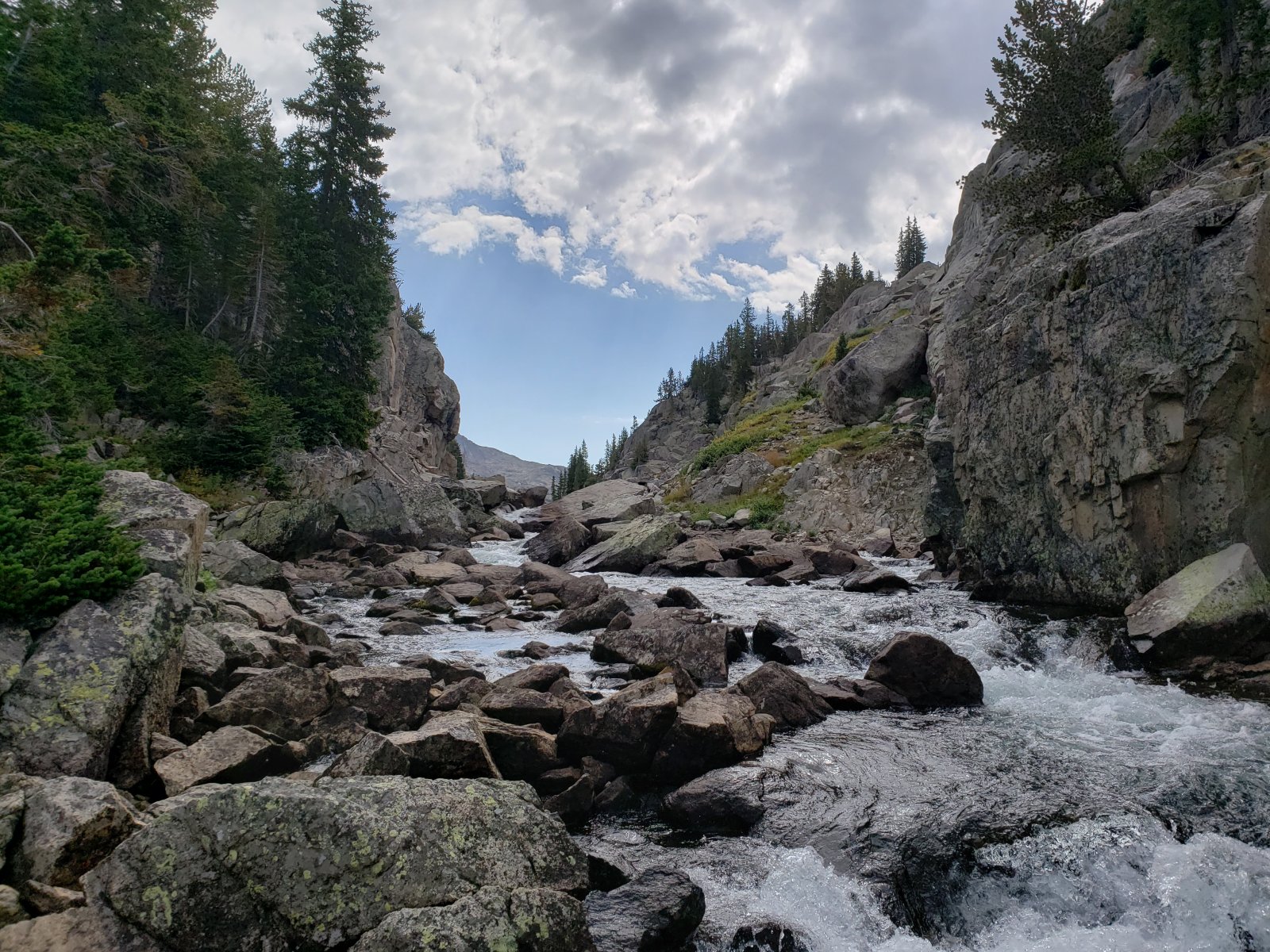 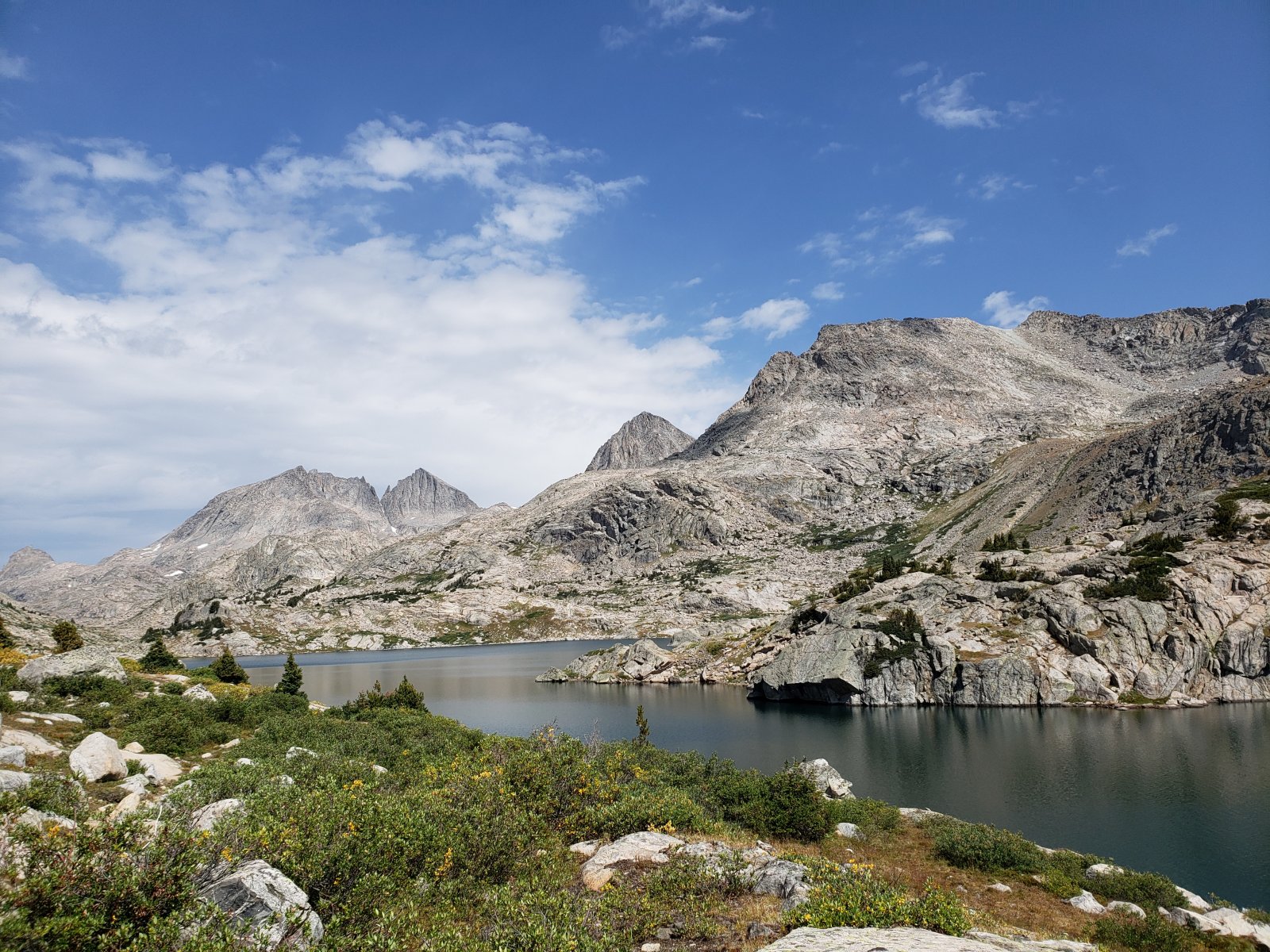 So far as I could tell, I had Elbow Lake Basin completely to myself. It was a beautiful day and I stopped for a long lunch - hard to beat that. This is one of my favorite places in the Winds, so it was nice to selfishly hoard it to myself for a while. From there I continued on past Twin Lakes and Pass Lake to Summit Lake, where I would camp for the night. 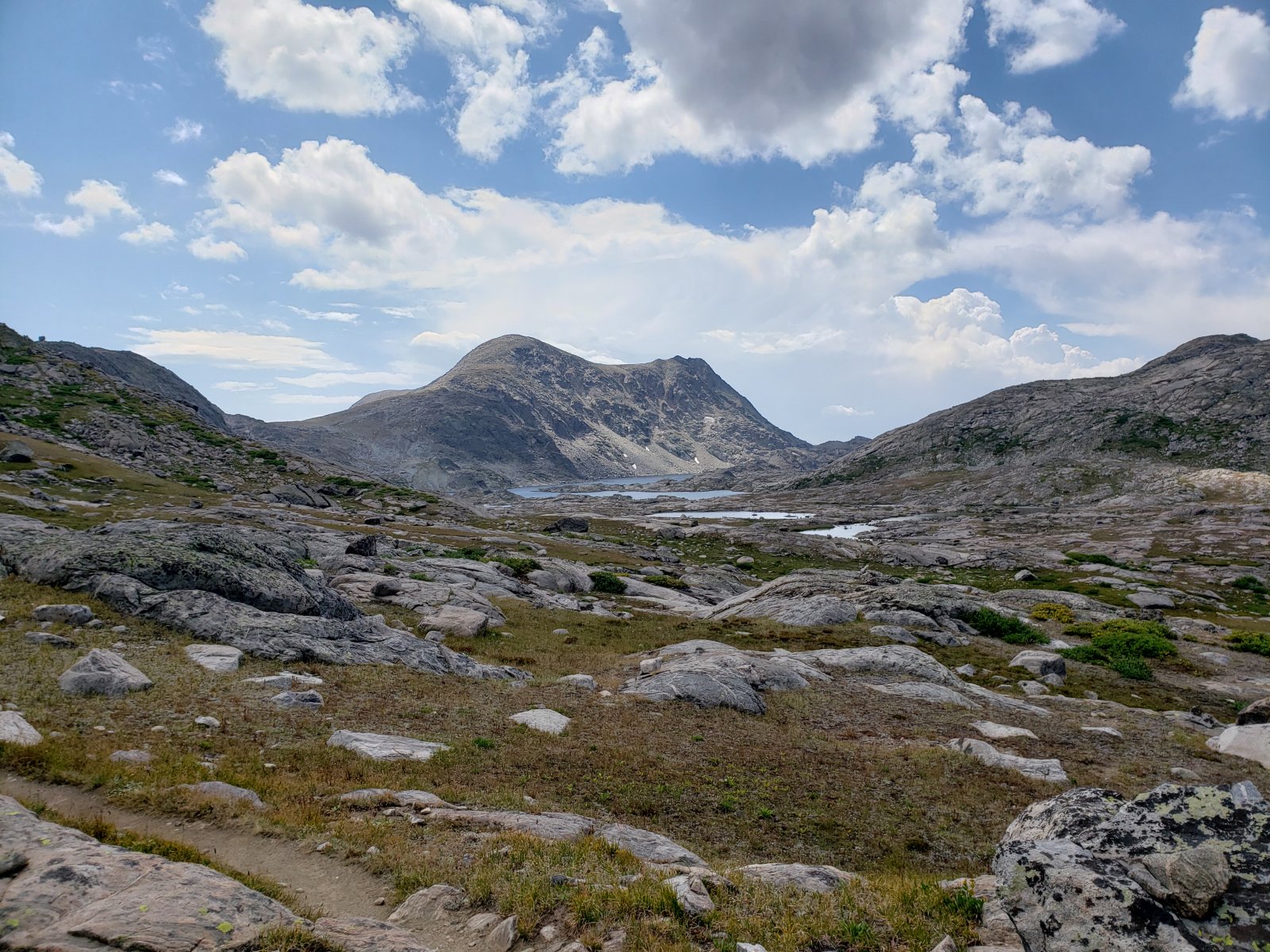 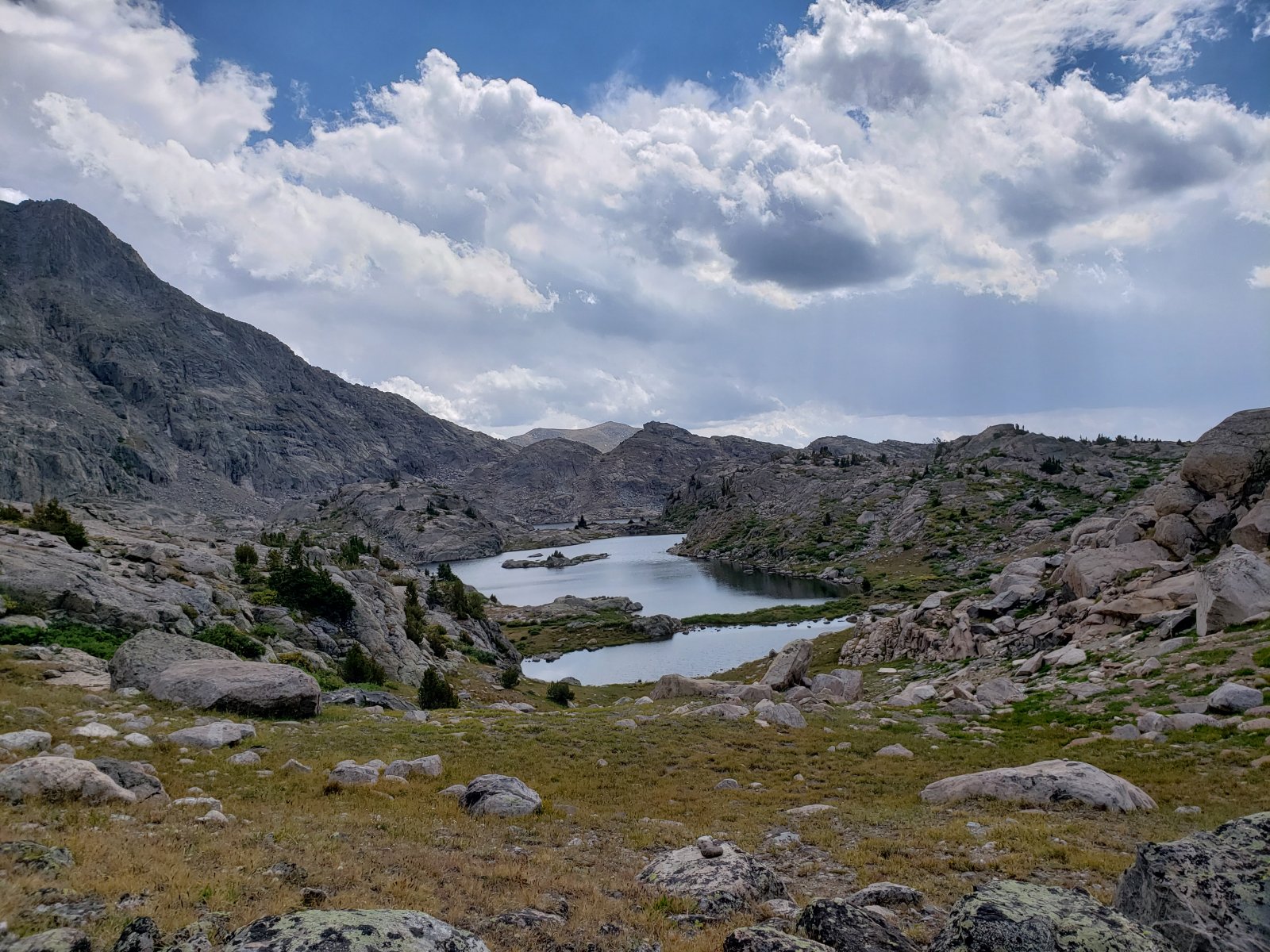 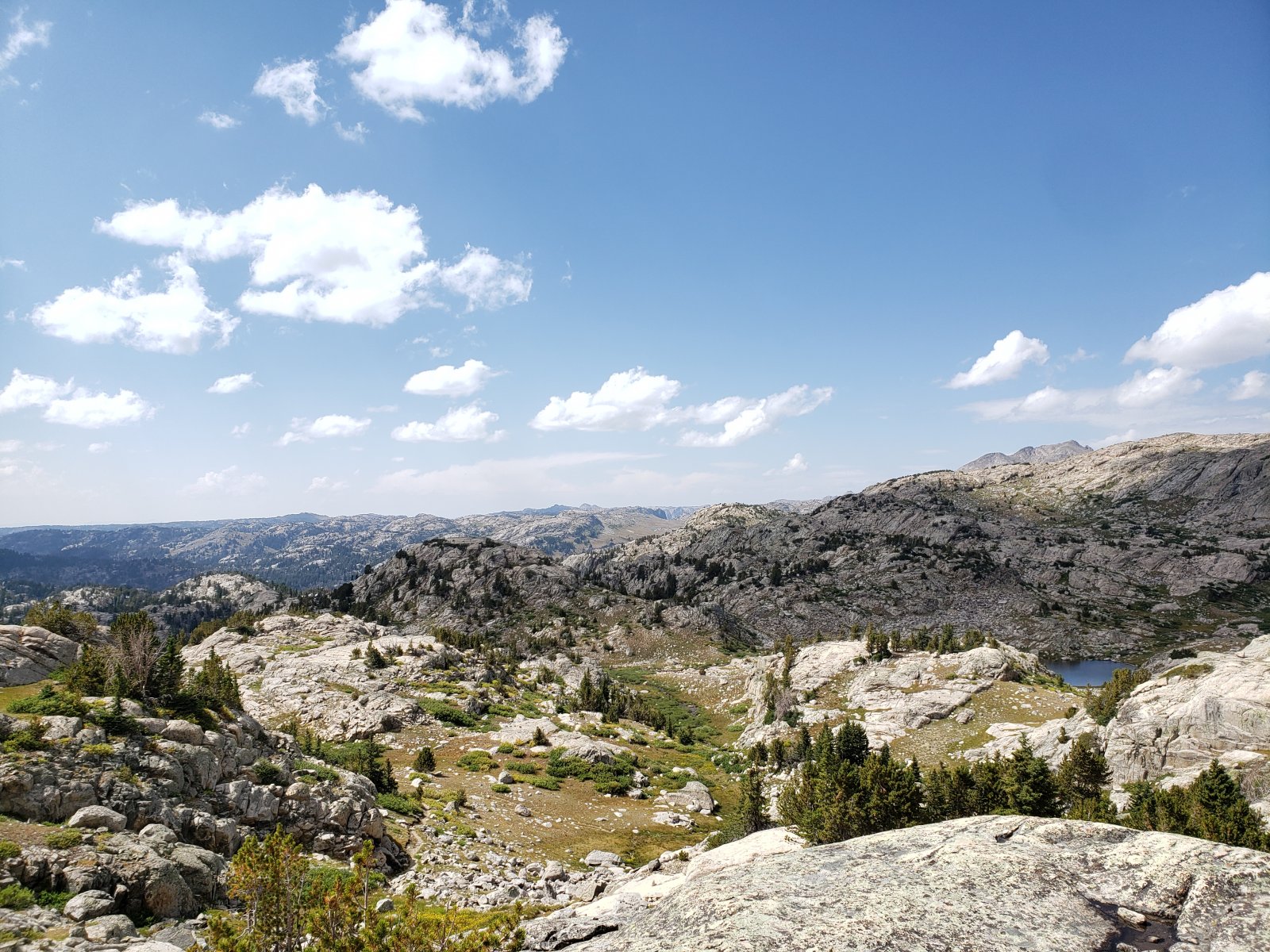 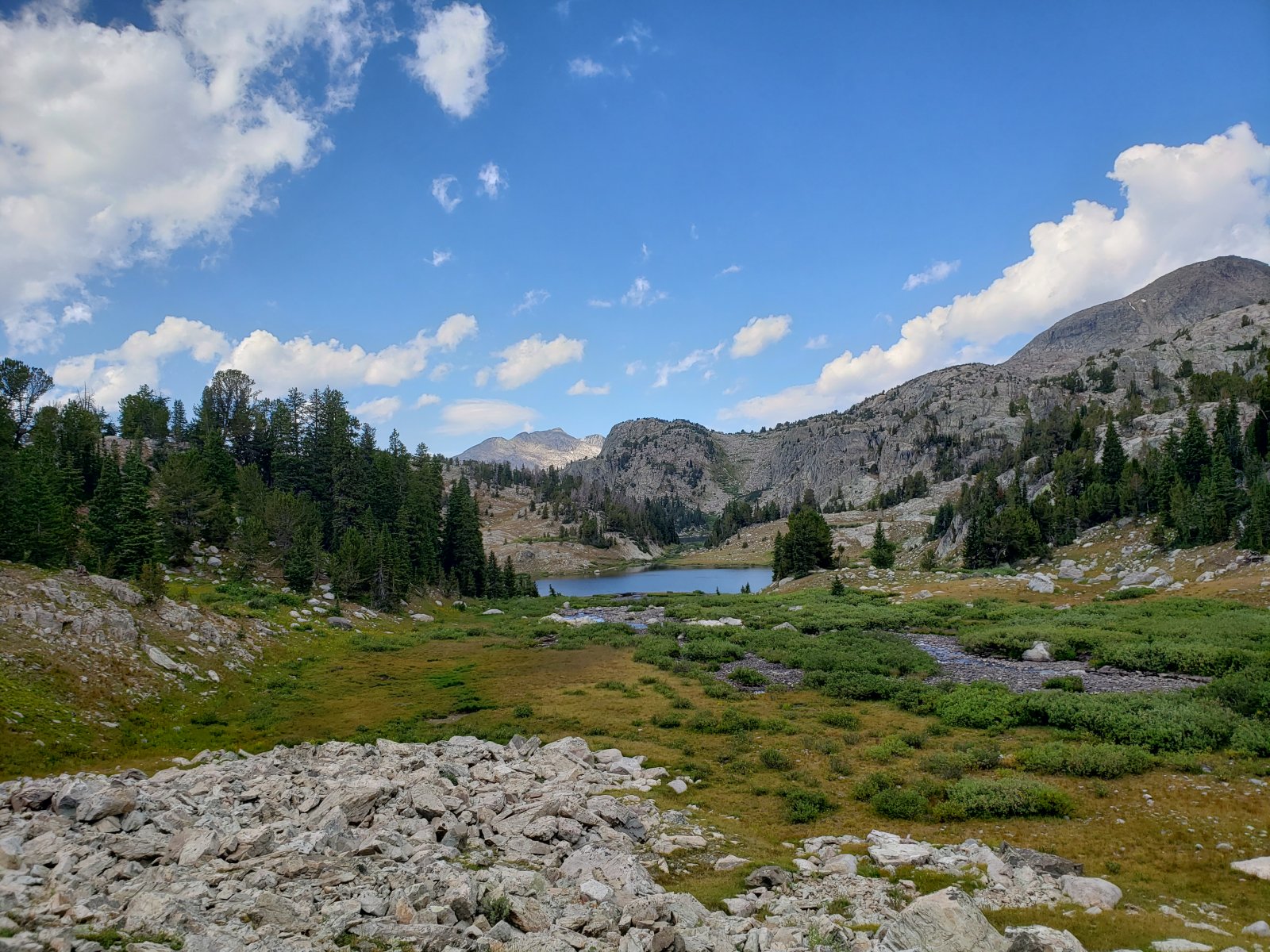 I really enjoyed my early camp at Summit Lake - there was only a small family of horsepackers on the opposite side of the lake. A small porcupine wandered around for over an hour, but somehow I never got a decent picture - it was nice to just watch. 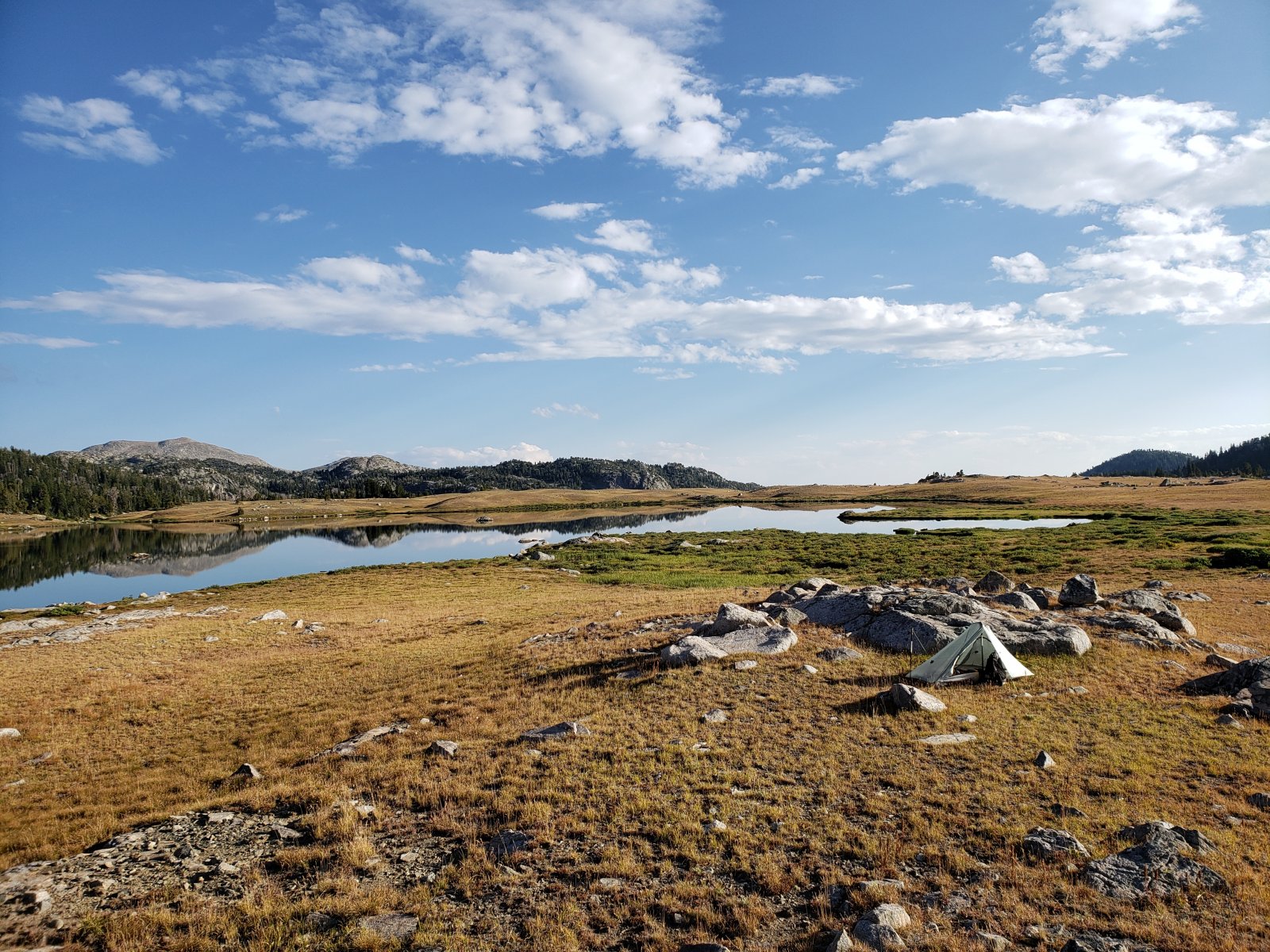 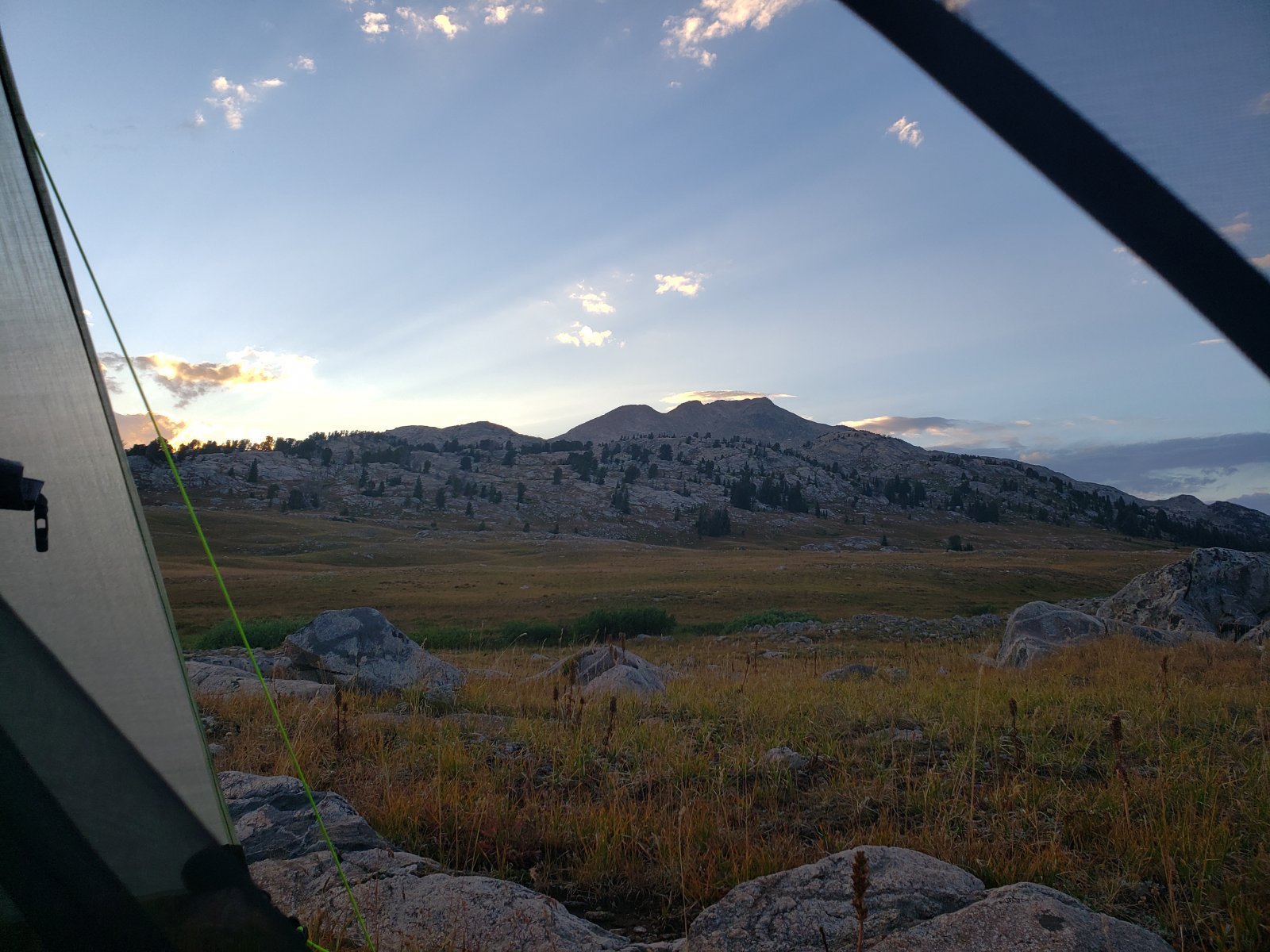 Day 4: Summit Lake to Green River Lakes TH
The bad news was that this was a pretty quick day back to the trailhead, as I had some real-world responsibilities to attend to. The good news was I had a couple extra days afterwards and got up to Yellowstone for a some day hikes before heading back home. 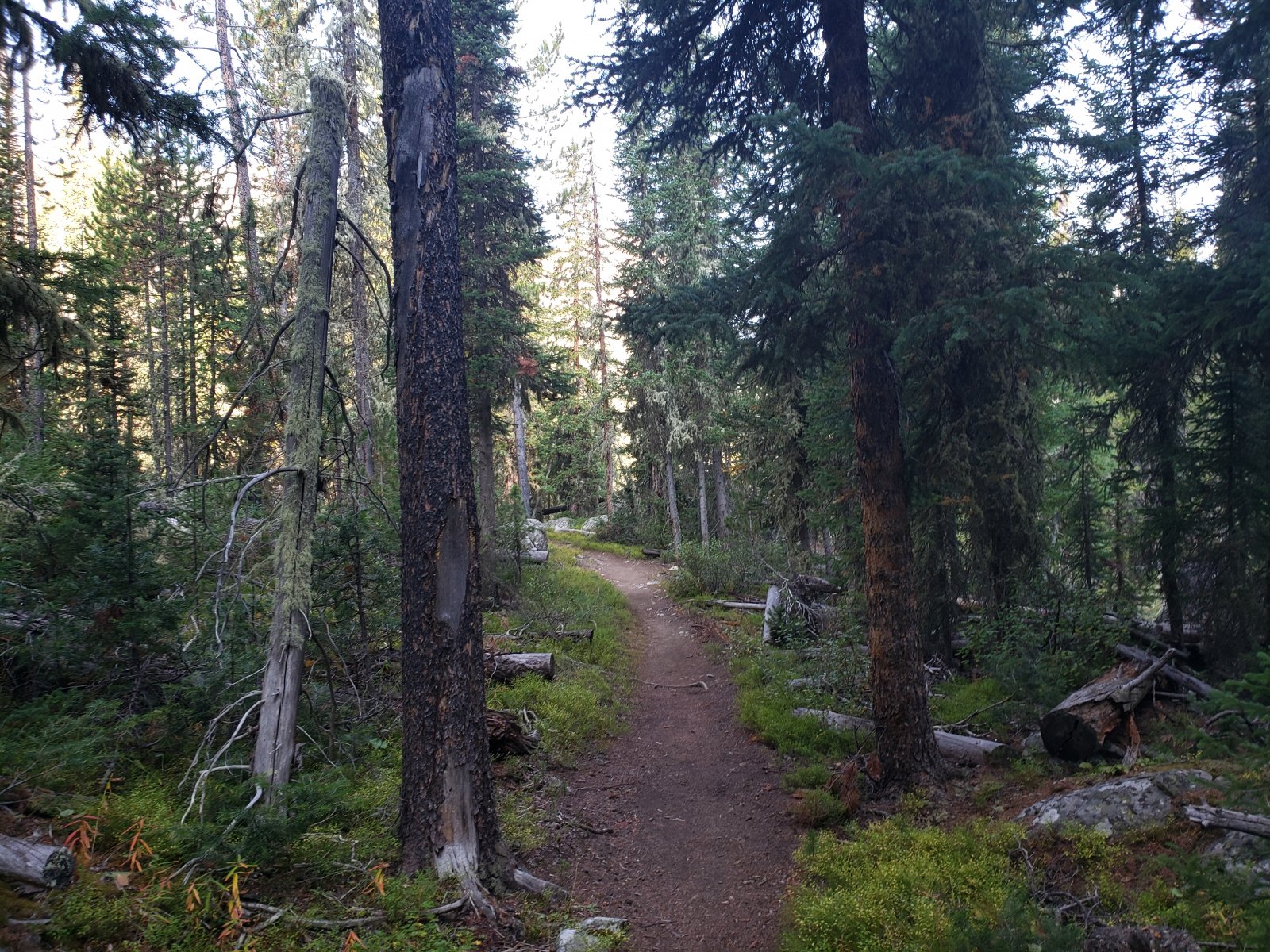 Sounds like a great trip! Nice to see photos of the Elbow Lake area, don't think I ever have. I've been eyeing that for a while, I'll definitely have to pass thru there. I might take something close to this exact route later this year. Thanks for posting.
Cheers!
There is no path to happiness: happiness is the path 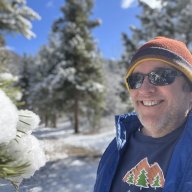 Love th Wind Rivers! Great pics. How were th skeeters...I’ve saved them from starvin’ many a time up there!

Thanks
“Bears are where THEY find you...”

The Trout Whisperer said:
Love th Wind Rivers! Great pics. How were th skeeters...I’ve saved them from starvin’ many a time up there!

Most of the bugs had cleared out, so not bad at all. Just a few slow stragglers.

The tent is a Zpacks Plexamid. I love it for shorter trips where I don't feel the need for something more "bombproof" or spacious.
You must log in or register to reply here.
Similar threads